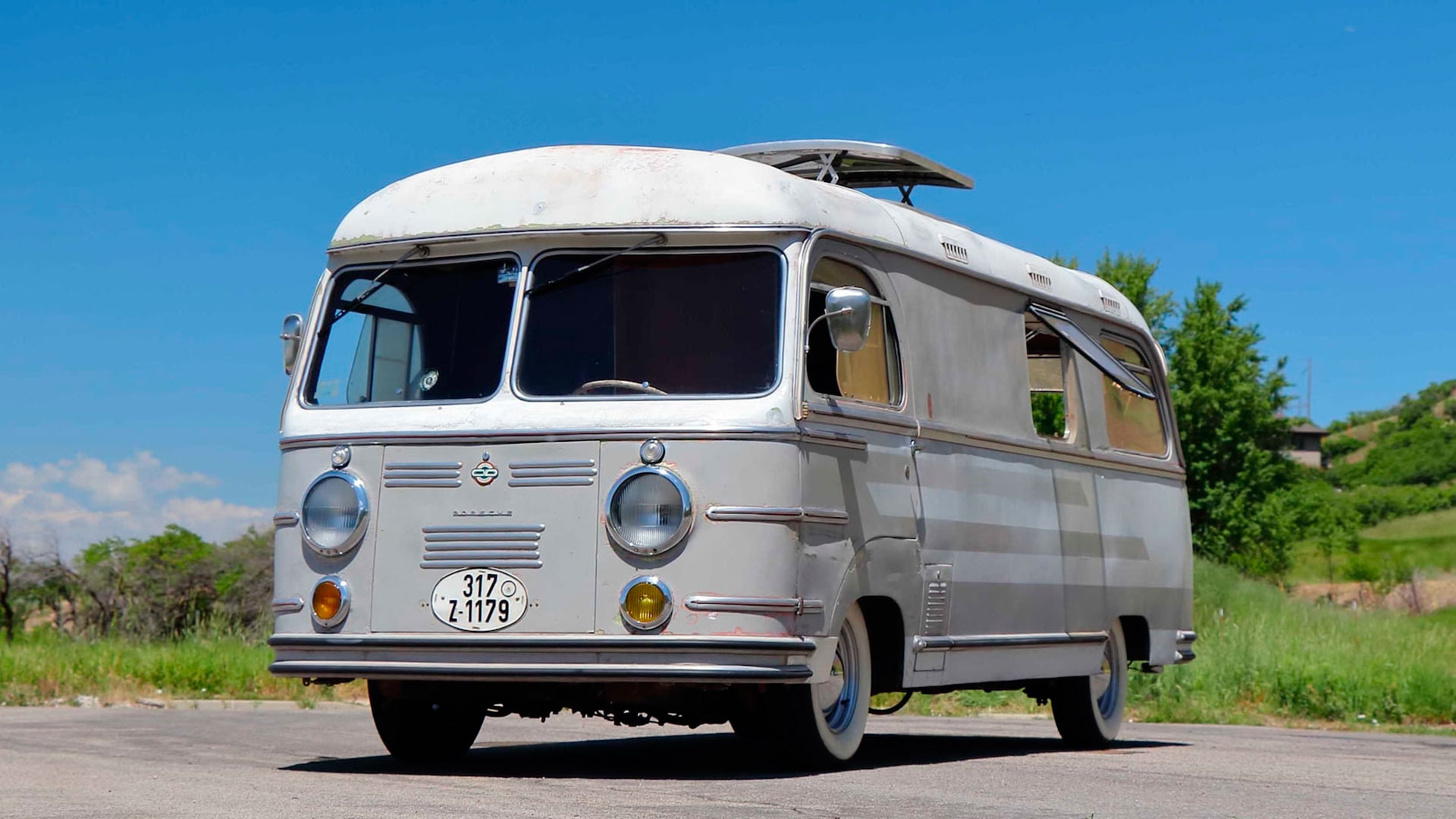 Monterey Car Week is fast approaching, with the major auction houses getting their final lot lists ready for the block.

Mecum Auction’s Monterey sale is already packed with exotic and interesting metal, including a selection of special Porsche models.

More than 35 prime Stuttgart products are due for sale, and we have picked out a selection of choice Porsche cuts. 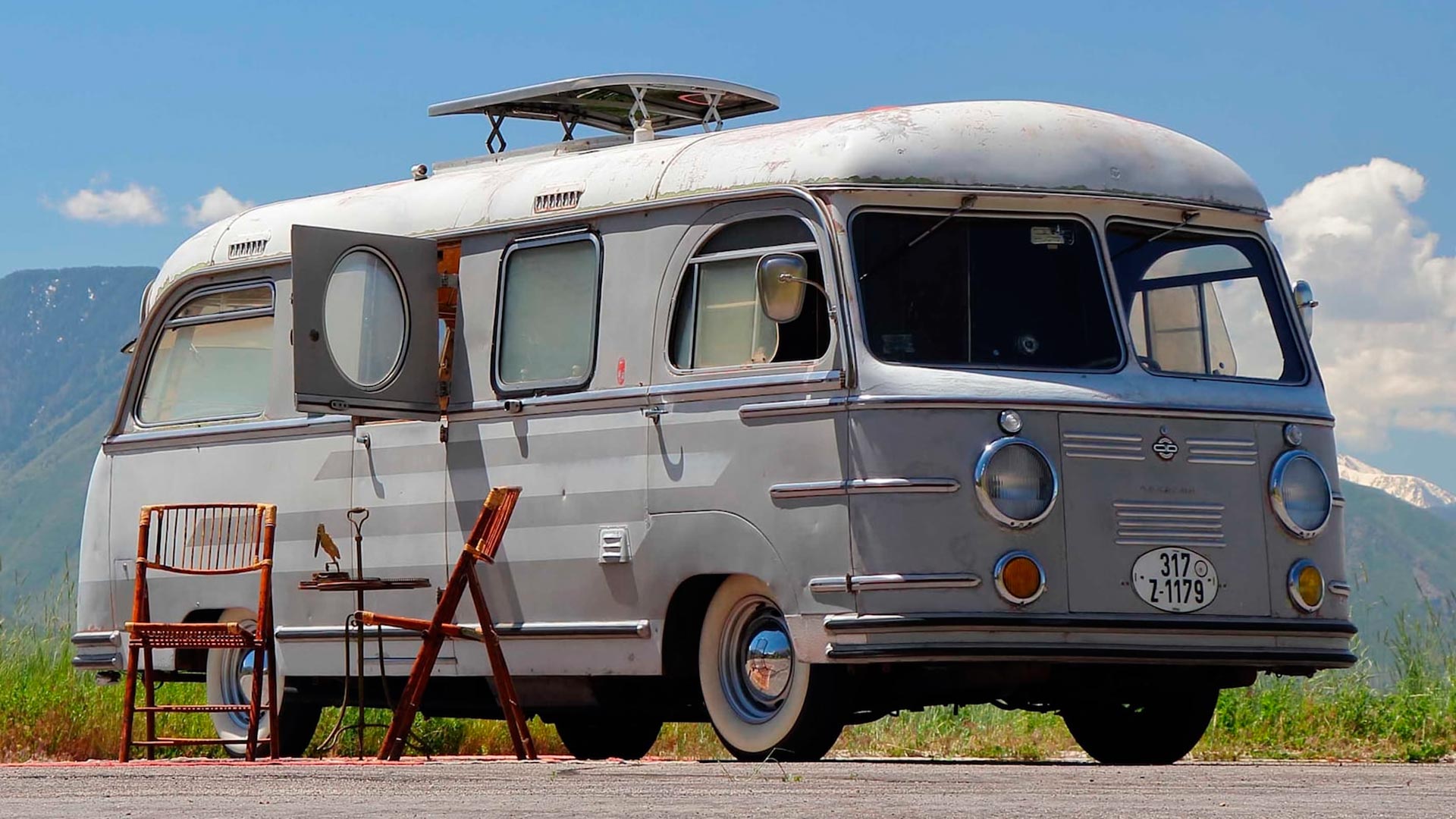 No, your eyes are not deceiving you! This genuinely is a luxurious camper van wearing Porsche branding, and one of just three examples ever produced by the Mikafa company in the 1950s.

A Porsche 356 engine was fitted when new, giving the Sport Camper its name and sending power to the front wheels. Built as a special order, there is a fitted kitchenette with a refrigerator, and even a functional bathroom.

When new, the aluminum-bodied RV would have been seriously expensive, costing more than contemporary sports cars. With an estimated price of $100,000 to $150,000, even in unrestored condition, this is certainly one for the Porsche collector who has almost everything. 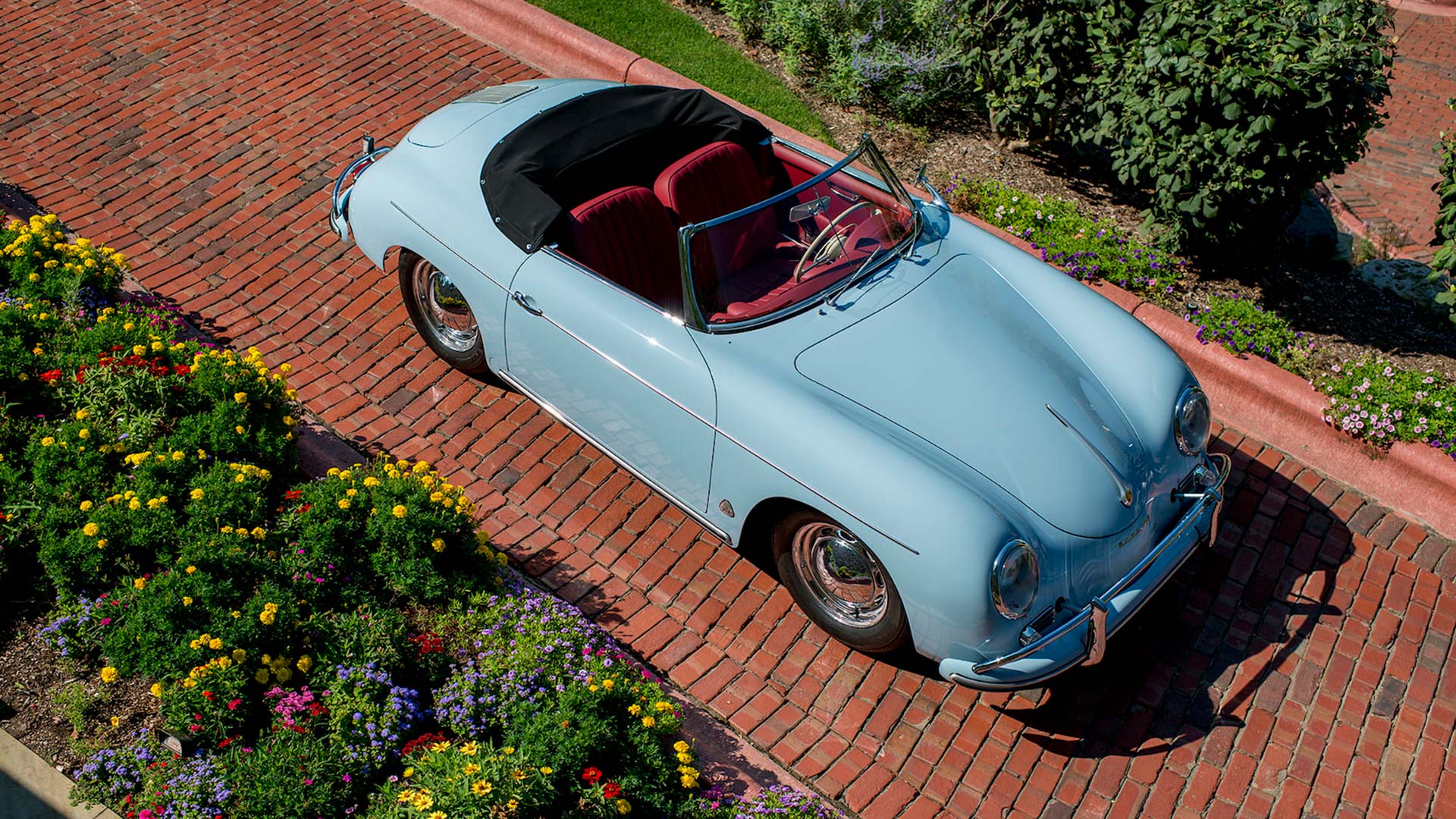 Although certainly more common than the Mikafa Sport Camper, the Convertible D version of the Porsche 356A was built for one year only. With 1,331 examples produced, they are a highly collectable early Porsche.

A taller windshield, wind-up side windows, and more comfortable seats made the Convertible D distinct. This example is said to be in superb condition, having been restored by noted 356 specialist Jack Staggs.

The original 1.6-liter engine is said to be as immaculate as the bodywork, and the car comes with a Porsche Certificate of Authenticity. An estimate of $250,000 to $300,000 reflects the condition of this already prized Porsche. 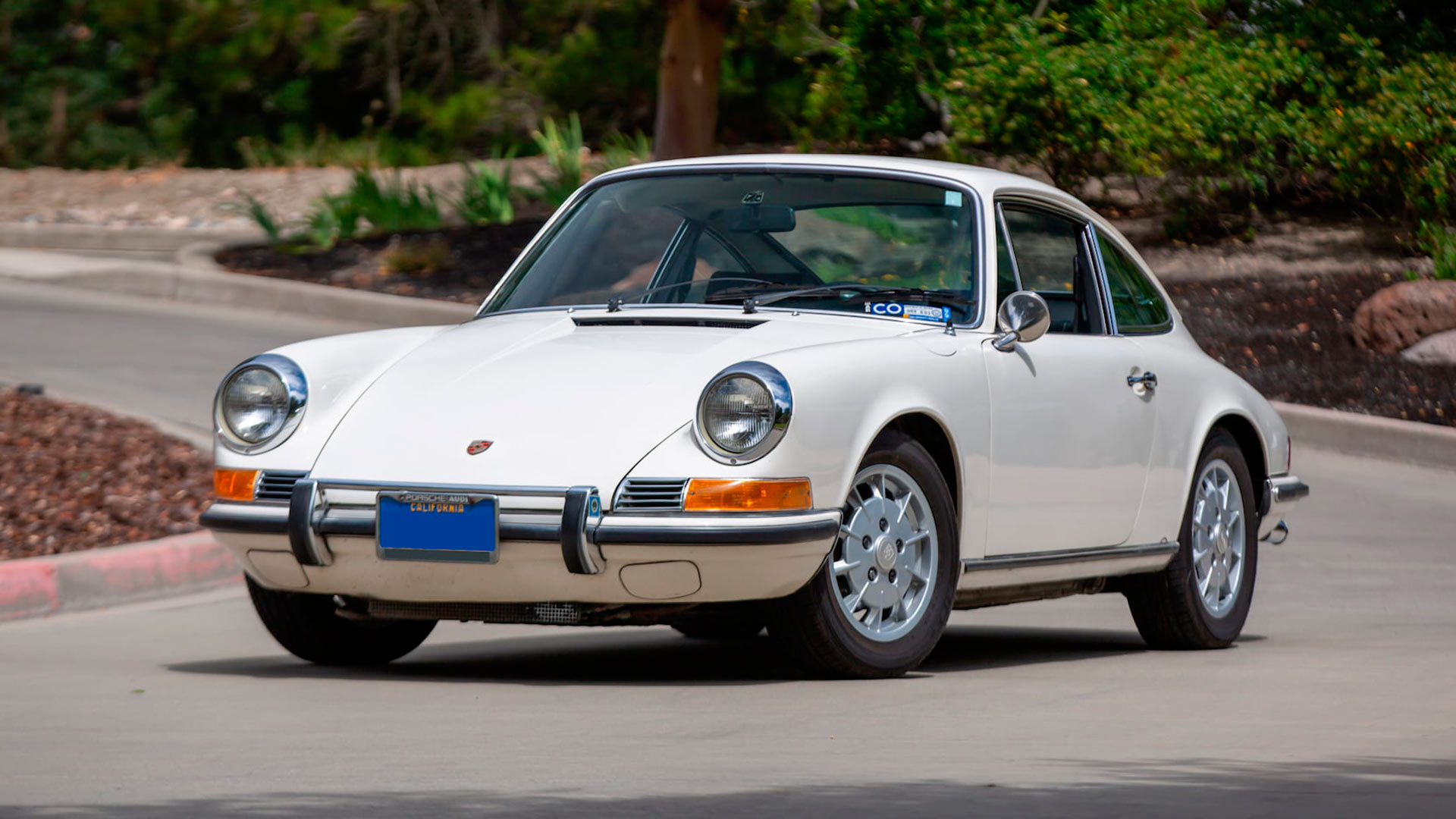 This example of the 911T has certainly been loved, having been owned by the current owner since 1974. With 72,200 miles showing on the odometer, this unrestored Porsche has been used as those who built it in Zuffenhausen intended.

Originally supplied to a dealership in Oakland, California, the car was leased to an area executive from new. The current owner purchased the car once the lease ended, and kept the car in the San Francisco bay area.

Taken off the road for storage in 1992, and not used again until 2012, the 911T underwent some gentle recommissioning. The 2.2-liter flat-six machine is now ready to hit the road again as a truly usable classic. 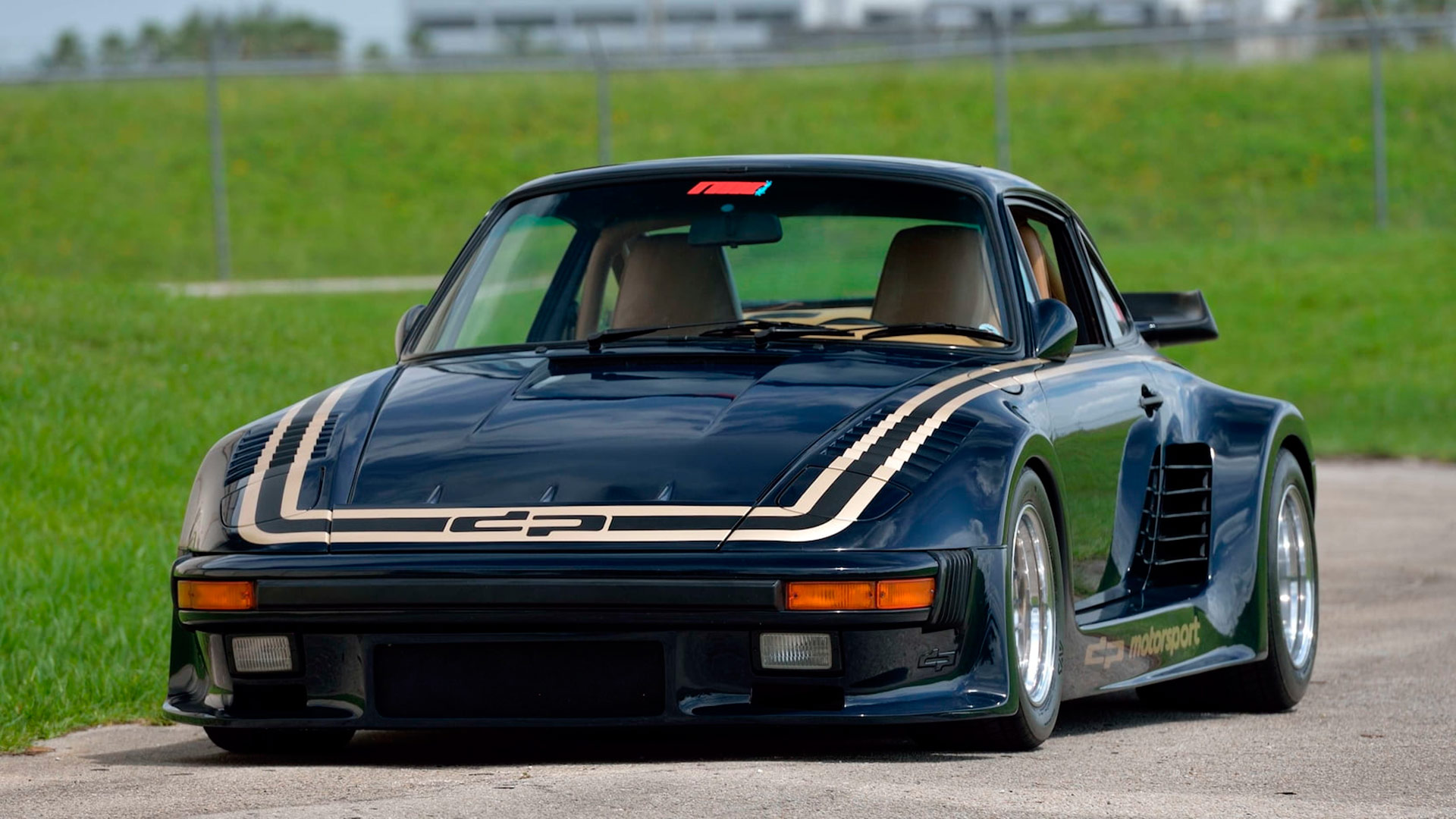 Porsche fans are currently going crazy for the ‘reborn’ Porsche 935 track-only supercar, but Mecum Monterey features something a little more retro. There is also the story of a legendary owner attached to this car, too.

With up to 500 horsepower from the turbocharged engine, this is a serious performance Porsche. Four examples of the DP 935 are up for auction, but this one is even more special for having reportedly being built for motorsport legend Mario Andretti. 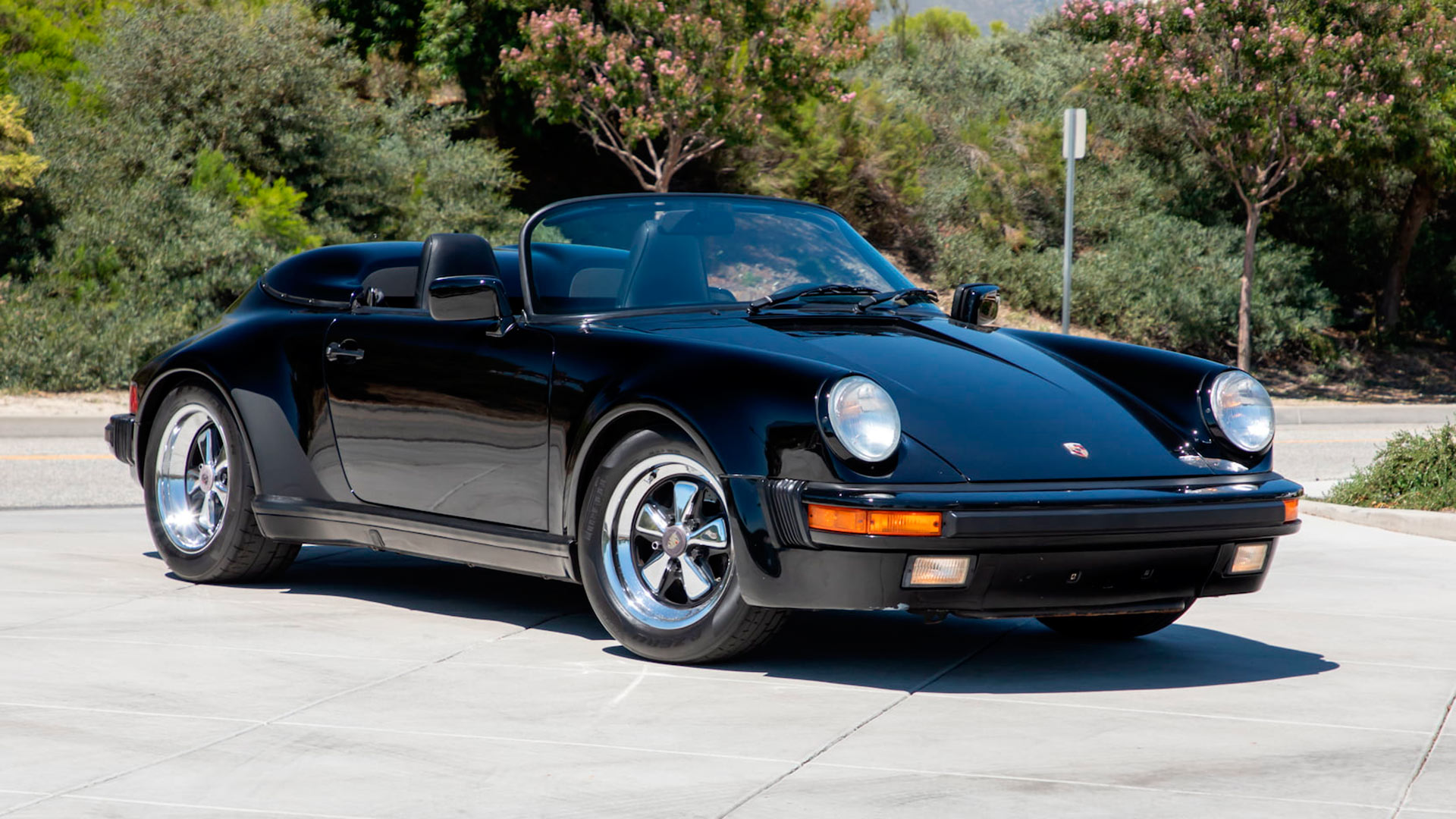 From one legendary owner to another. This rare Porsche 911 Speedster was previously owned by Guns N’ Roses lead guitarist Slash. In keeping with the heavy metal theme, this car features black paintwork, a black leather interior, and chrome Fuchs wheels.

Just 823 Speedsters were produced for USA in 1989, using the classic 930 chassis as a base. A low and steeply raked windscreen, plus the humped tonneau cover, marked it out from regular open-top 911s. Many were ordered with the wider Turbo-look body for extra girth at the rear.

Power came from a 3.2-liter version of the Porsche flat-six engine, connected to a five-speed manual transmission and a limited-slip differential. Speedsters are already collectable and a famous ex-owner is only likely to add to the demand here.

North American Porsche enthusiasts were distraught at being denied the Europe-only Carrera RS. To ease their pain, Porsche offered a limited run of 701 examples of the RS America based upon the Carrera 2 model.

The air-cooled 3.6-liter engine produces 247 horsepower, and is connected to a five-speed manual transmission. A limited-slip differential was standard, whilst the power steering, air conditioning, sunroof and radio were all removed to help save weight.

This particular RS America is said to be just one of four delivered in paint-to-sample Fly Yellow. It certainly makes the distinctive ‘whale tail’ spoiler stand out. Owned by a serious Porsche enthusiast for two decades, this car has been meticulously maintained. 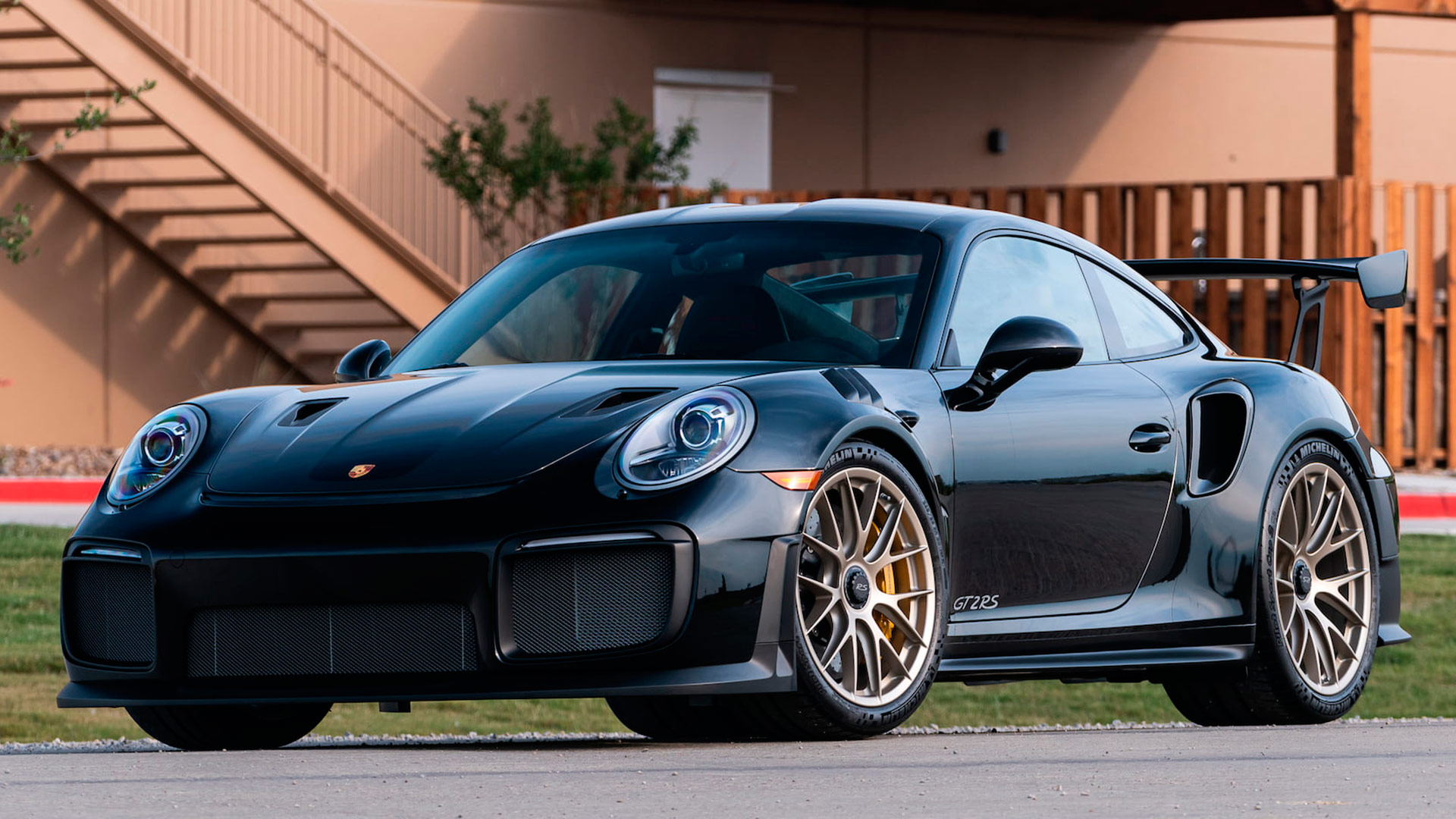 The newest and most powerful car on our list also happens to be the one which has covered the lowest mileage. A total of just 10 miles have passed beneath the gold-colored magnesium wheels, found upon this 911 GT2 RS.

Perhaps the owner was scared of the formidable ‘widowmaker’ reputation held by GT2 Porsches. This one packs 700 horsepower from the twin-turbocharged 3.8-liter flat-six engine, making the GT2 RS capable of more than 210 mph.

The optional Weissach package reduced the weight of the alright stripped-out GT2 RS even more, including a roll cage made from titanium. An estimated sale price of $450,000 to $500,000 reflects the rarity, and ultra-low mileage, of this hardcore Porsche.

Bidding begins at the Mecum Monterey event on Thursday August 15, taking place at the Hyatt Regency Monterey Hotel and Spa.