From coloured cat's eyes to emergency diversion symbols, we explain the often seen but rarely understood sights of daily motoring. 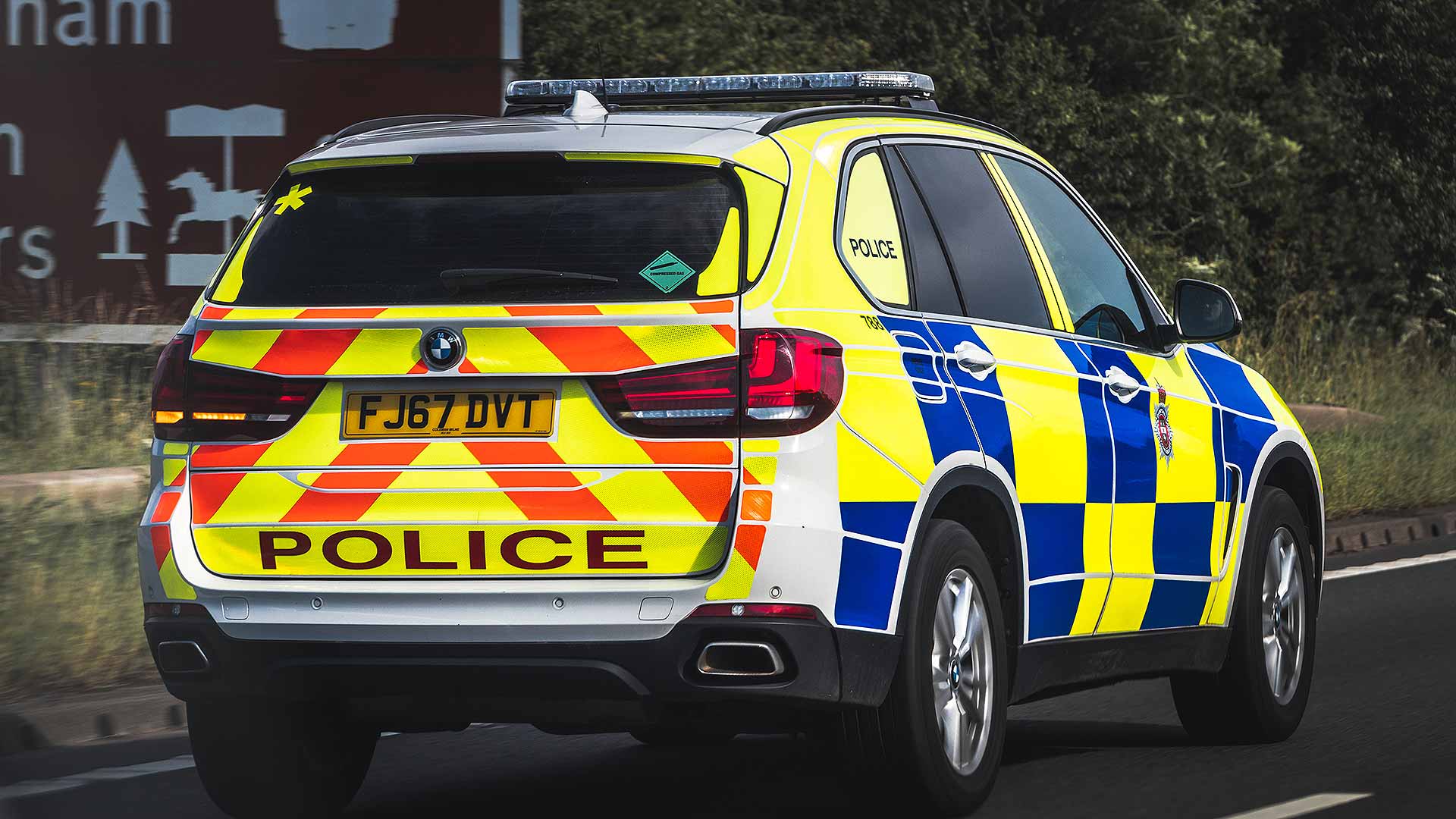 Think you’re familiar with typical road signs and street furniture when driving in the UK? We bet there’s at least one ‘secret’ in our list below that you didn’t know.

So, pull on your anorak and join us for a journey into motoring trivia. At the very least, you can impress your friends in the pub. And you might even become a better driver. 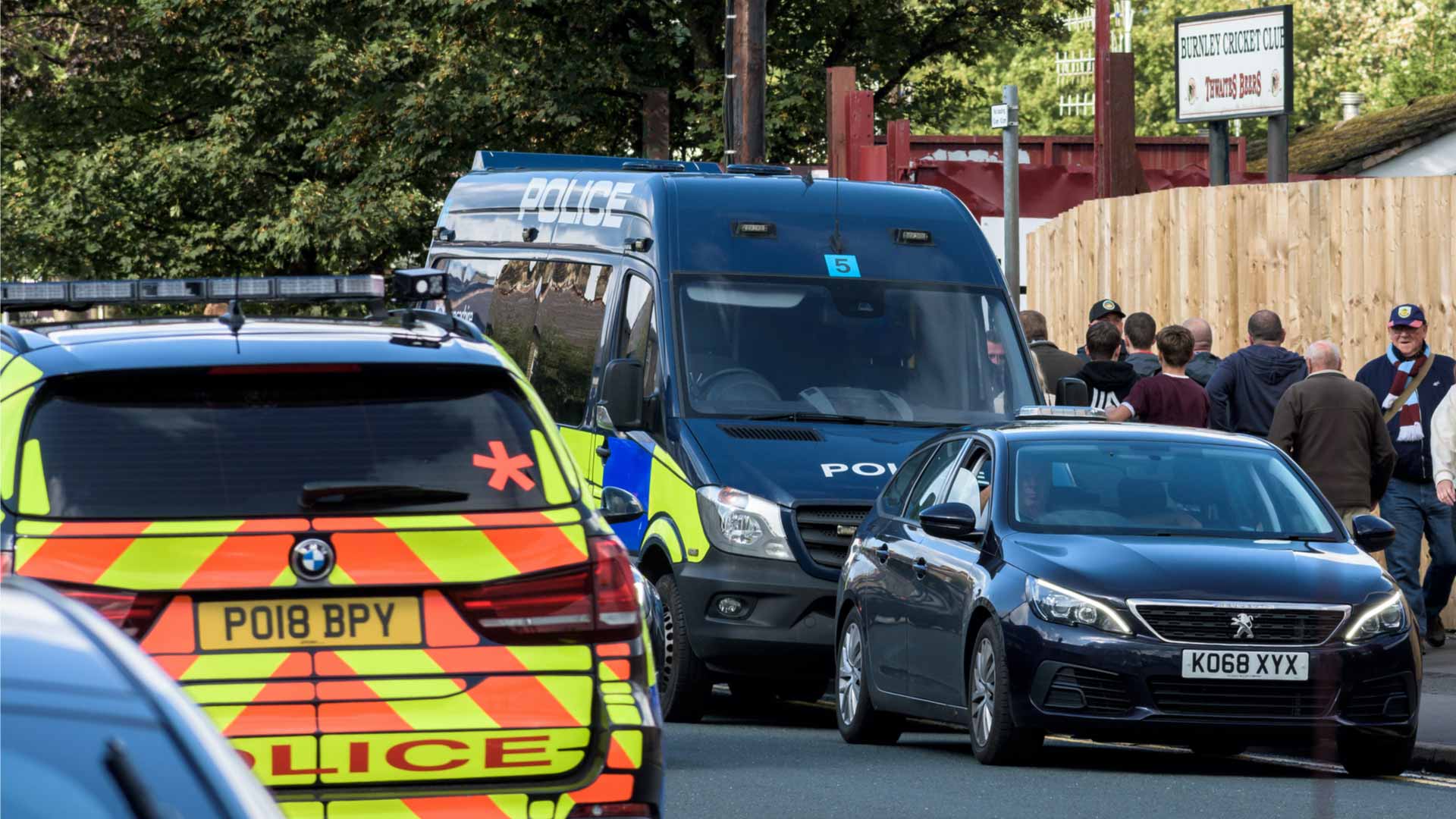 Spot that star symbol on the back of the BMW X5? That means it’s an Armed Response Vehicle (ARV), and the car is crewed by police firearms officers.

These cars also feature roof markings to make them identifiable to helicopters. 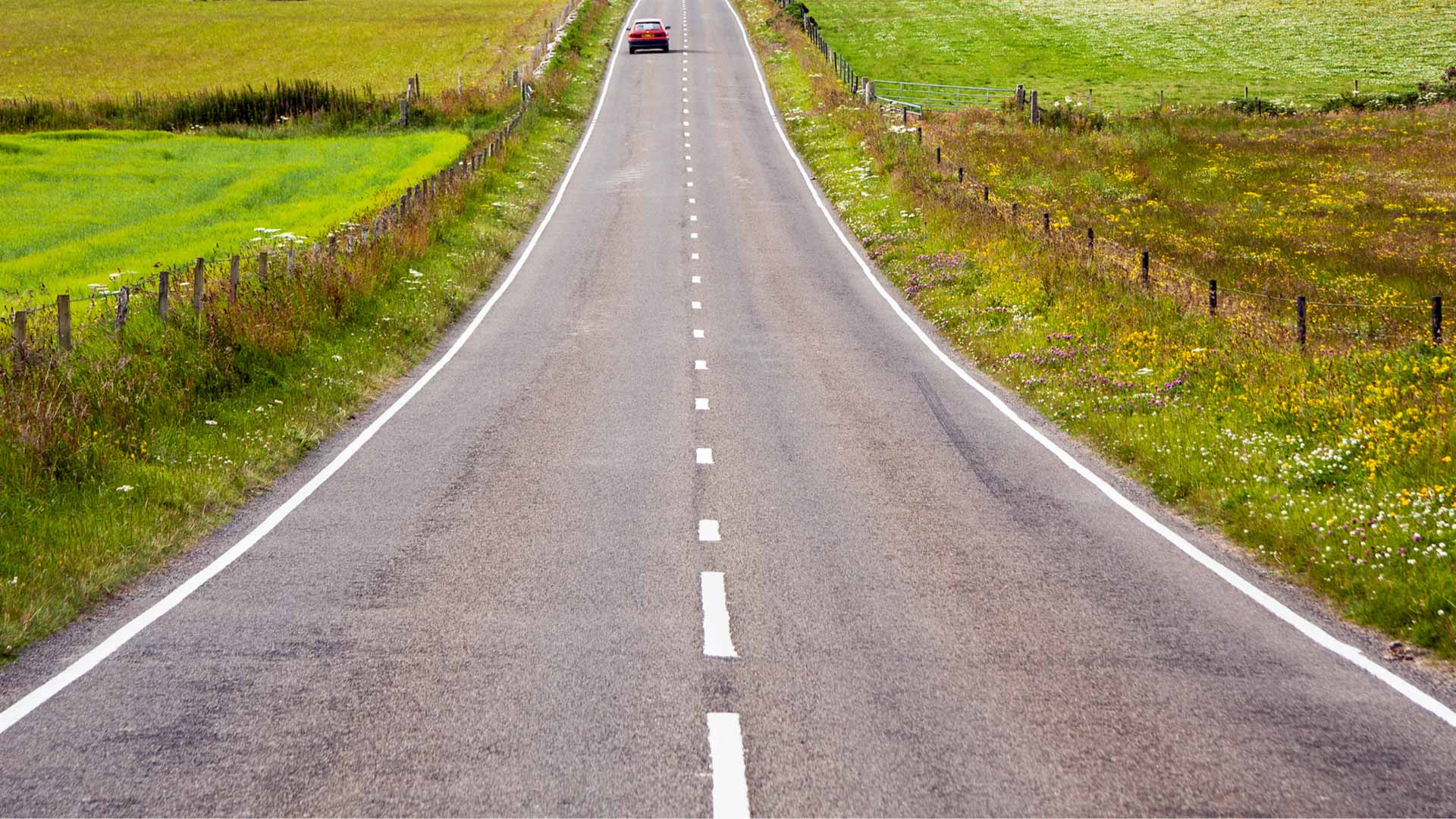 A broken white line marks the middle of most roads. However, when the centre lines lengthen and the gaps between them shorten, it means there’s a hazard ahead.

Do not cross the line unless you can see the road ahead is clear. 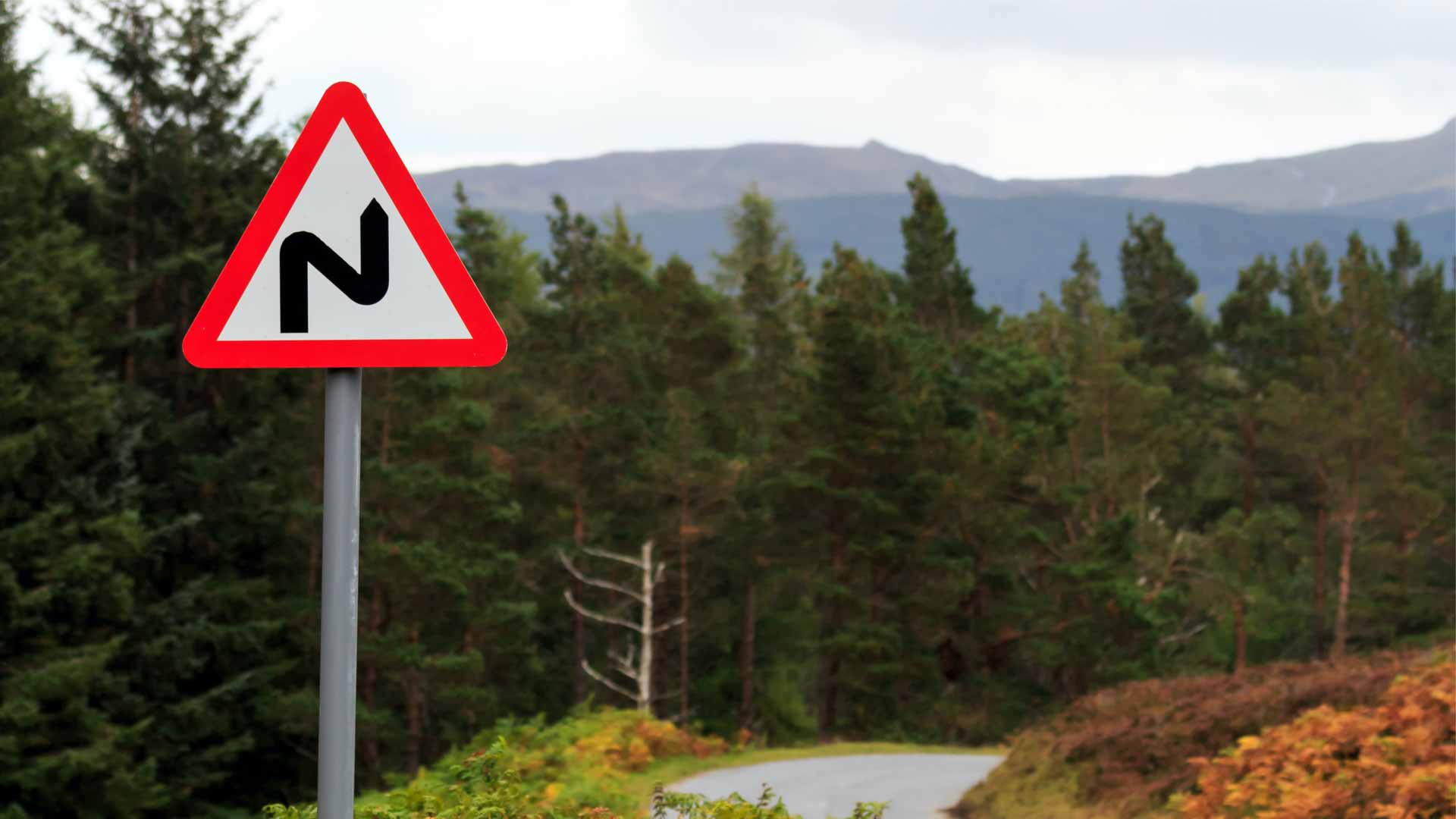 The double bend road sign actually shows you the direction of the first corner coming up. In the case of the example above, the road bends to the right, before turning left.

If the sign is reversed, the opposite is true. The same rule applies to the standard ‘road bend’ sign. 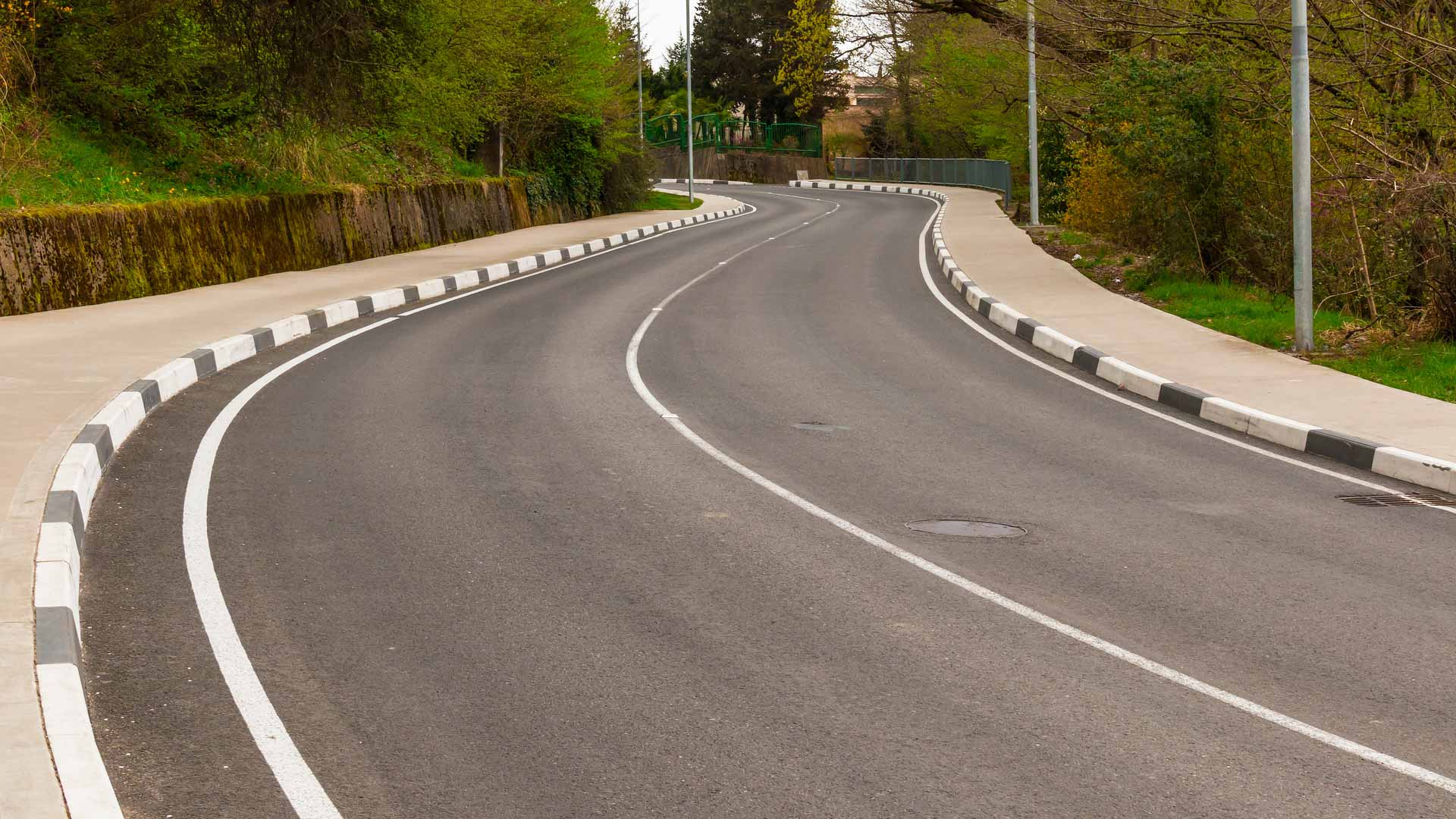 If you’re driving on an unfamiliar road, use lamp posts to anticipate the road ahead and guide you through bends.

Whether they’re switched on or off, the lamp posts act like safe waymarkers. 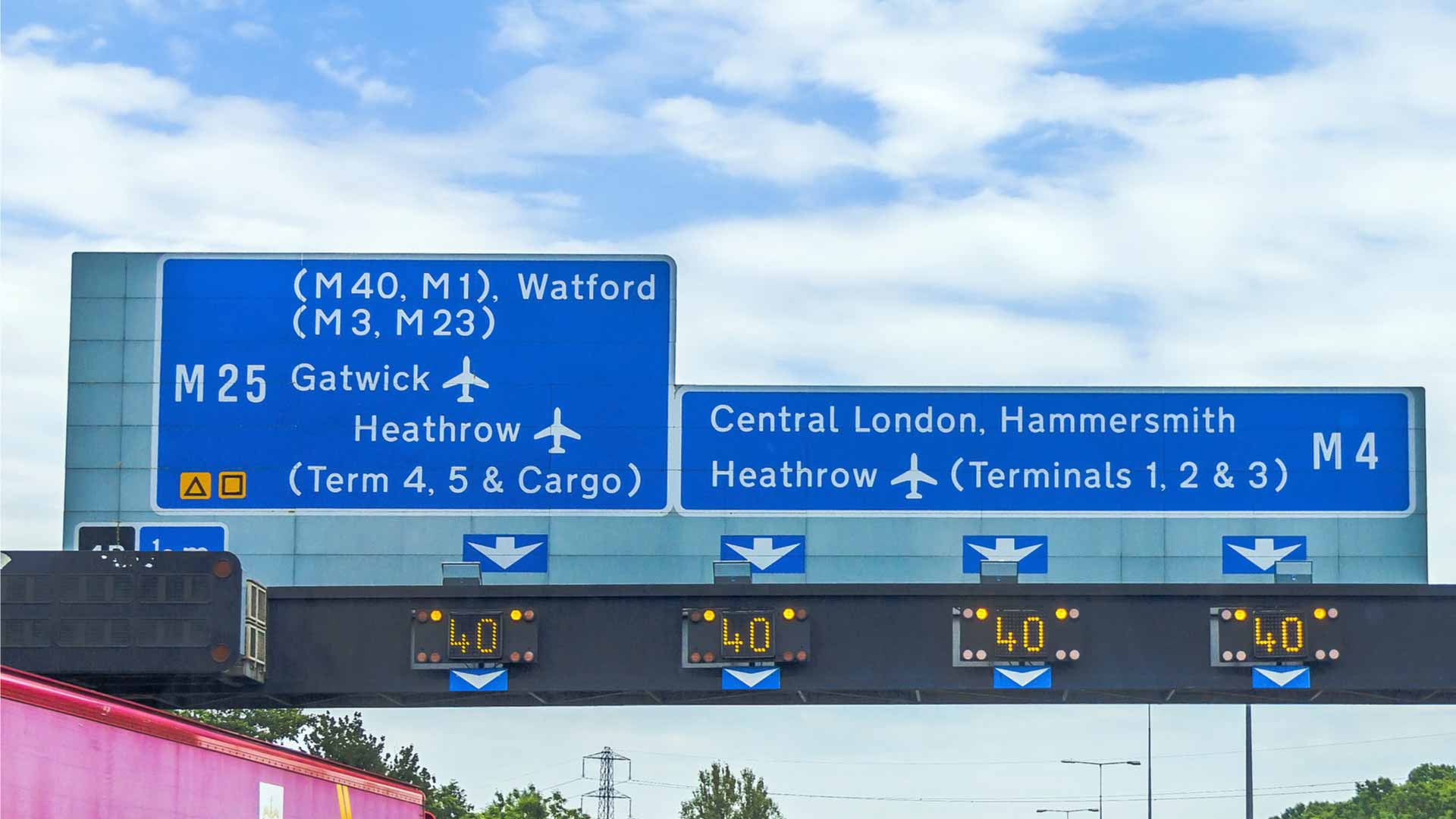 Note the little black on orange symbols on the left of this motorway gantry. There are four shapes – square, triangle, circle and diamond – but they can be shown filled in or as outlined (as shown here). These are for Emergency Diversion Routes, and can be used in the event of a motorway closure to guide motorists to the next junction.

The drivers will be told to follow the symbol, with the route marked by the symbols and/or trigger signs. 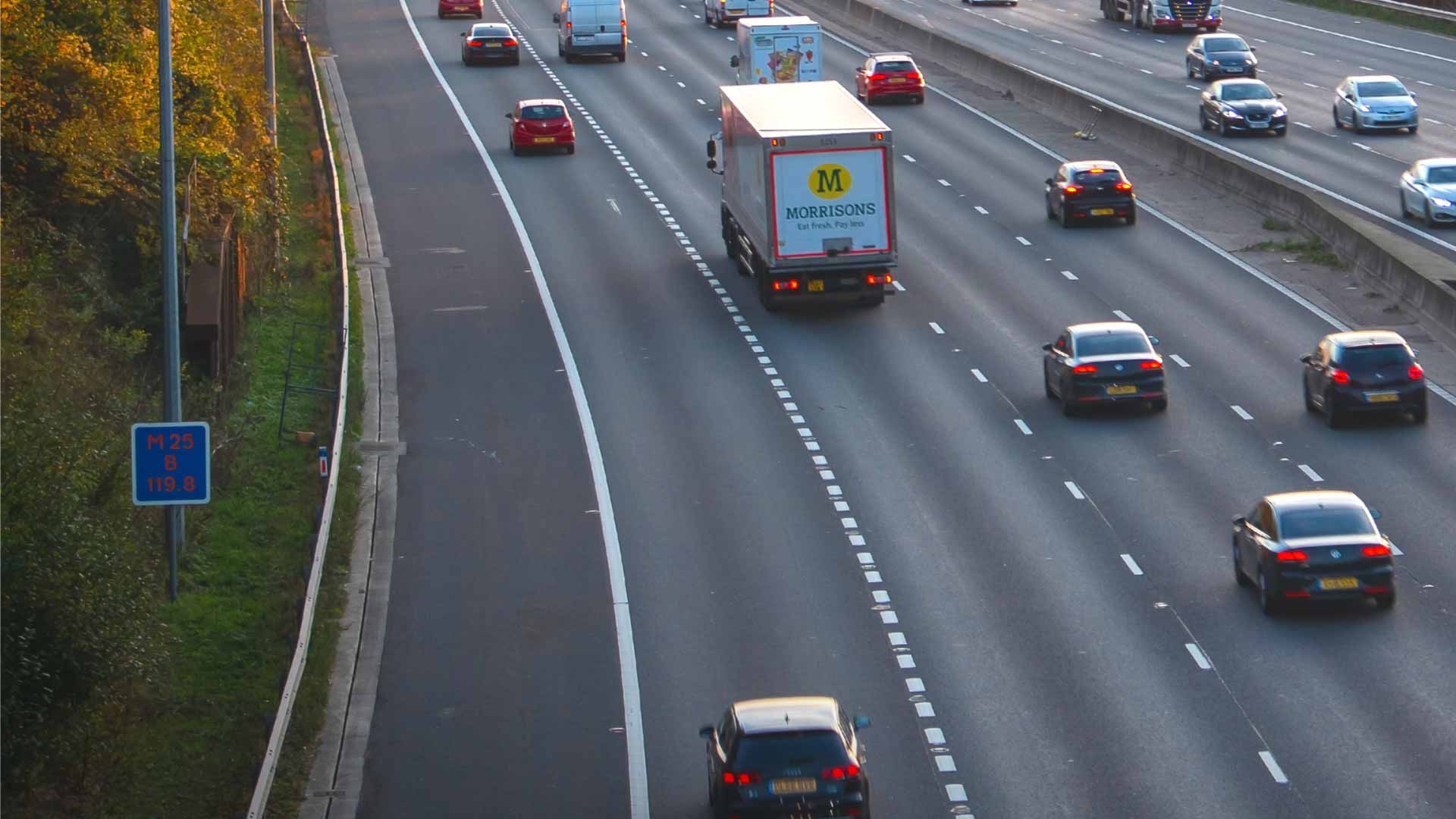 Look closely at this image and you’ll spot a blue sign on the verge. Driver location signs – or distance marker posts – were introduced in the early 2000s to alert drivers to the whereabouts of the nearest emergency phone.

The top line shows the road you’re travelling on, the letter shows the direction of travel (usually A or B), and the bottom shows how far you are (in metres) from a given location. The signs are positioned every 500 metres on a motorway, and can be used to guide the emergency services or a recovery vehicle to a stricken motorist. 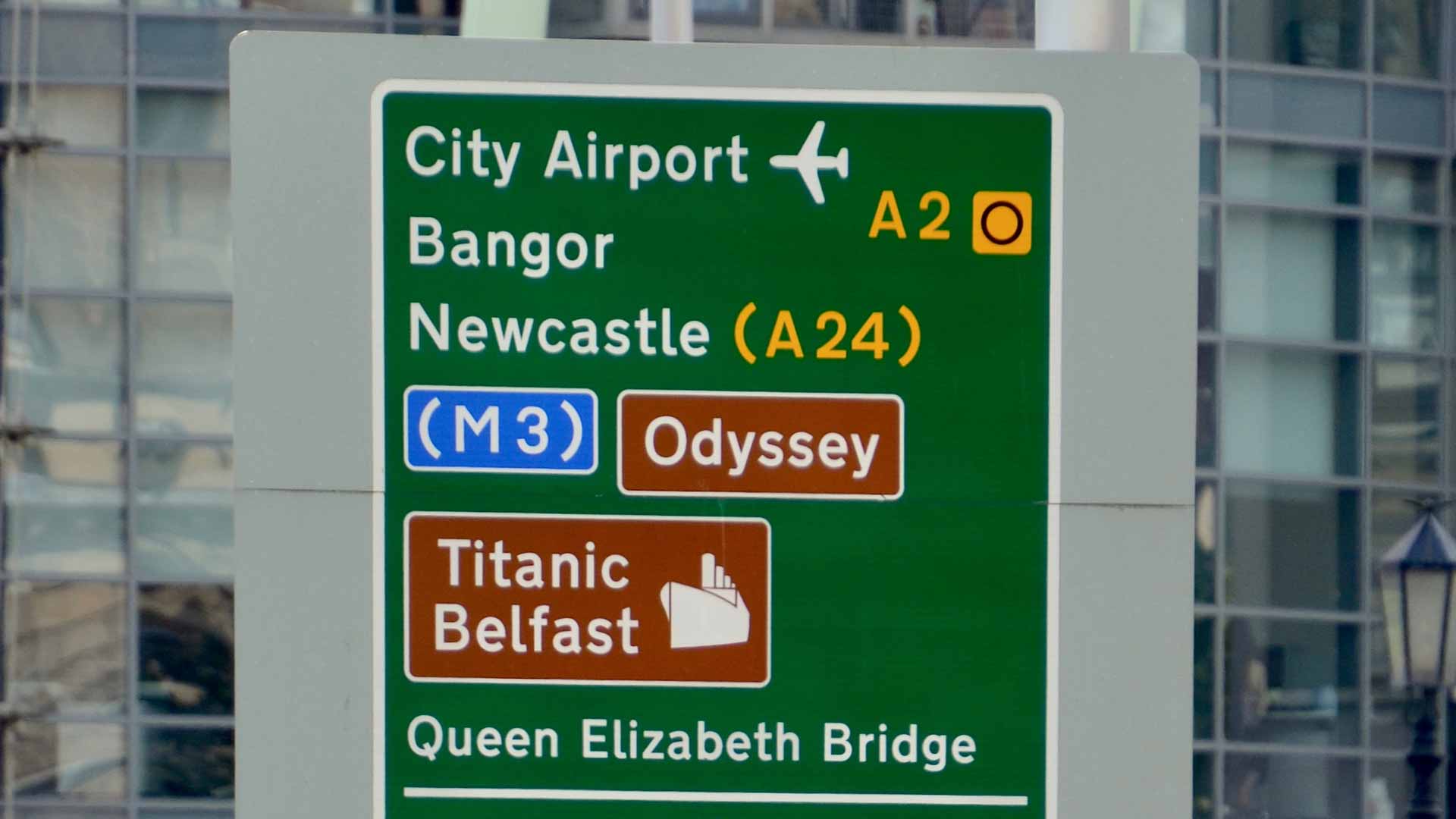 Once you’ve seen this one, you’ll never look at road signs the same way again. Thanks to our friends at PetrolBlog, we discovered that the little plane on a road sign faces the direction of travel to the airport. Not just the route, but the DIRECTION. 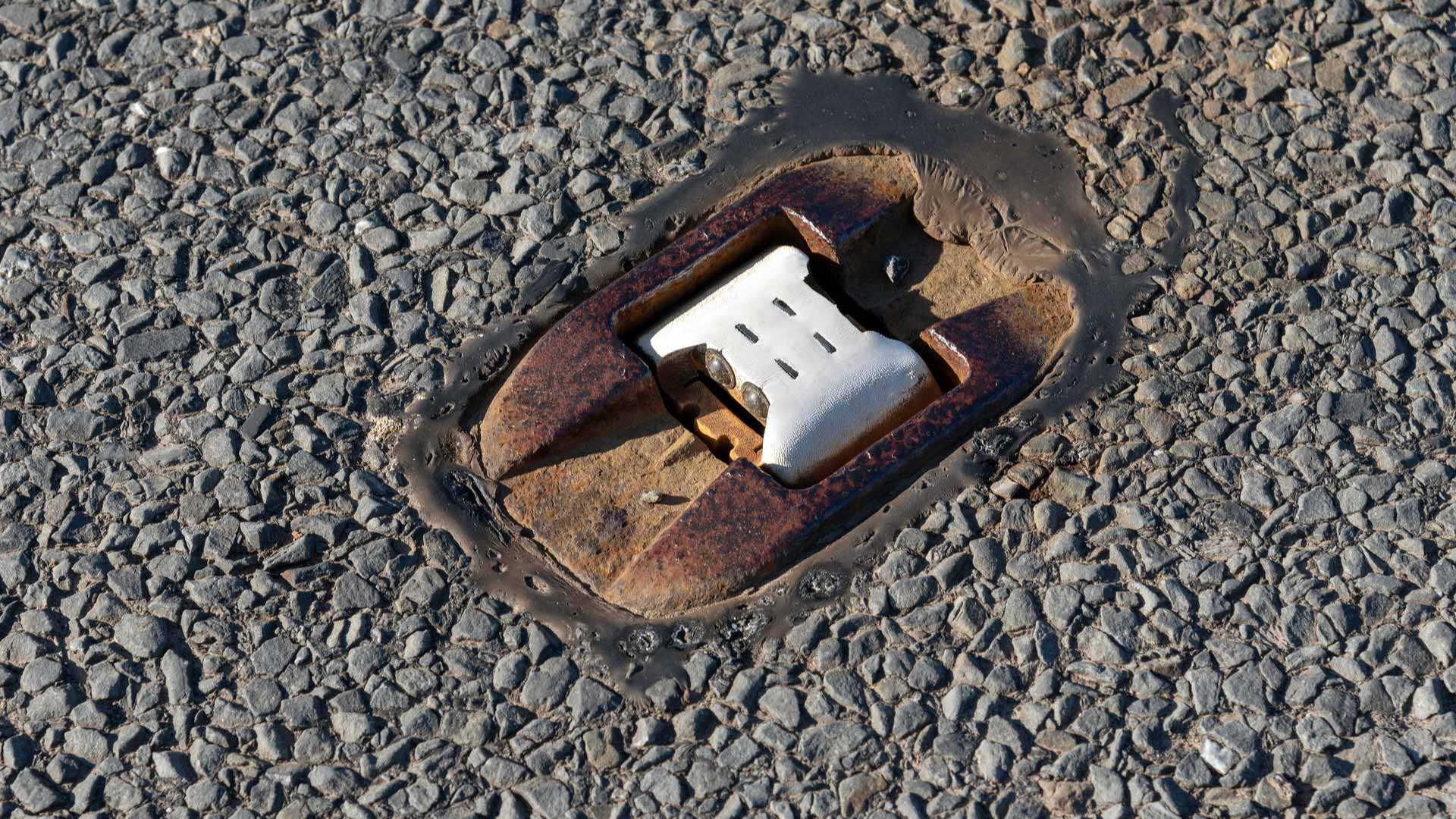 Although we commonly associate reflective road studs – or cat’s eyes – with white ‘lights’ to mark the centre of the road, other colours are used for different purposes.

Red marks the left edge of the road, amber marks the central reservation of a dual carriageway or motorway, green marks the edge of a layby or slip road, while green/yellow studs are used for temporary adjustments to lane layouts. 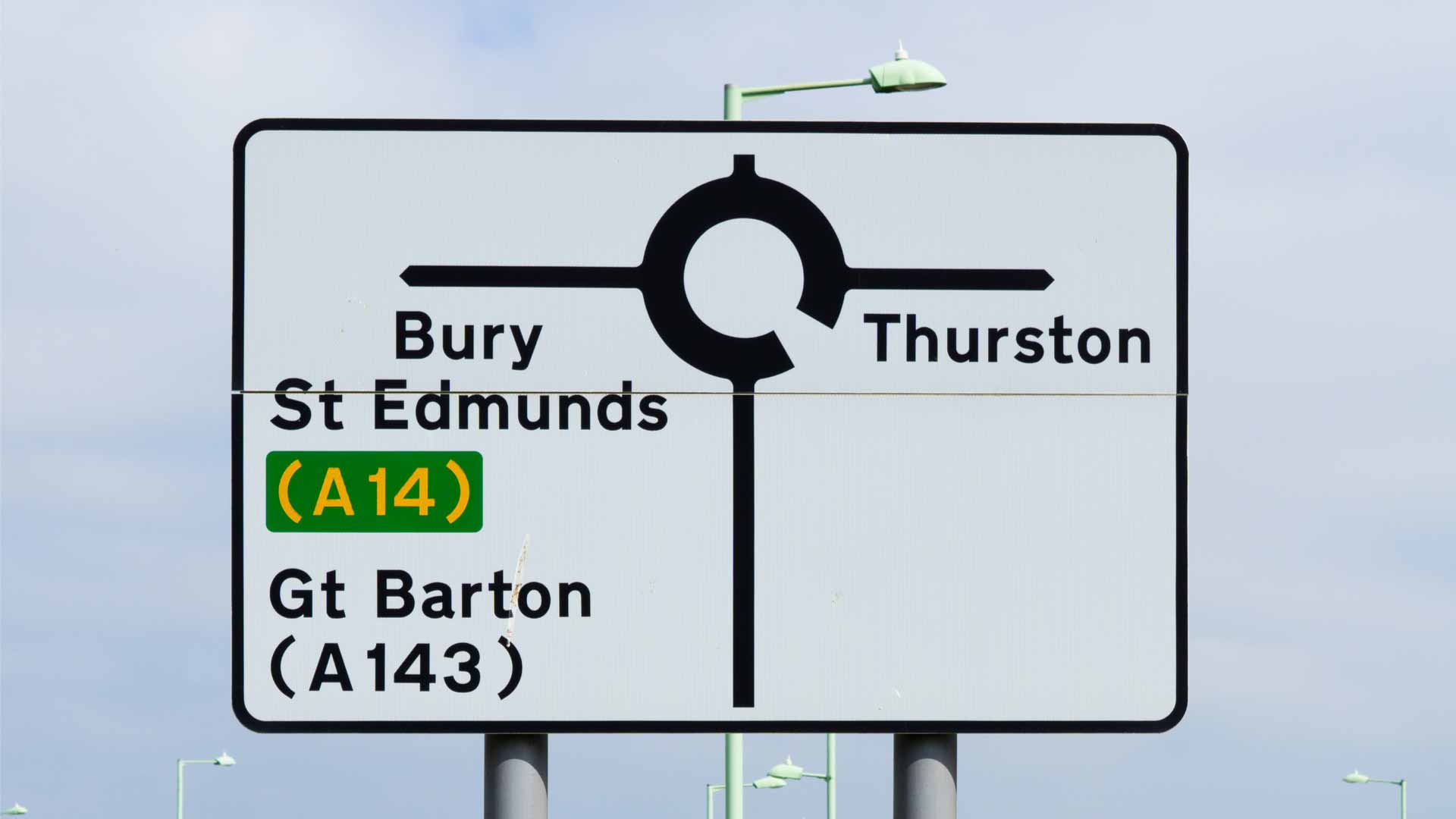 If a road number is shown in brackets, it means that the road in question can be reached by taking the route indicated. Helpful if you’re driving in a city and are searching for the nearest A-road or motorway.

The distance to London 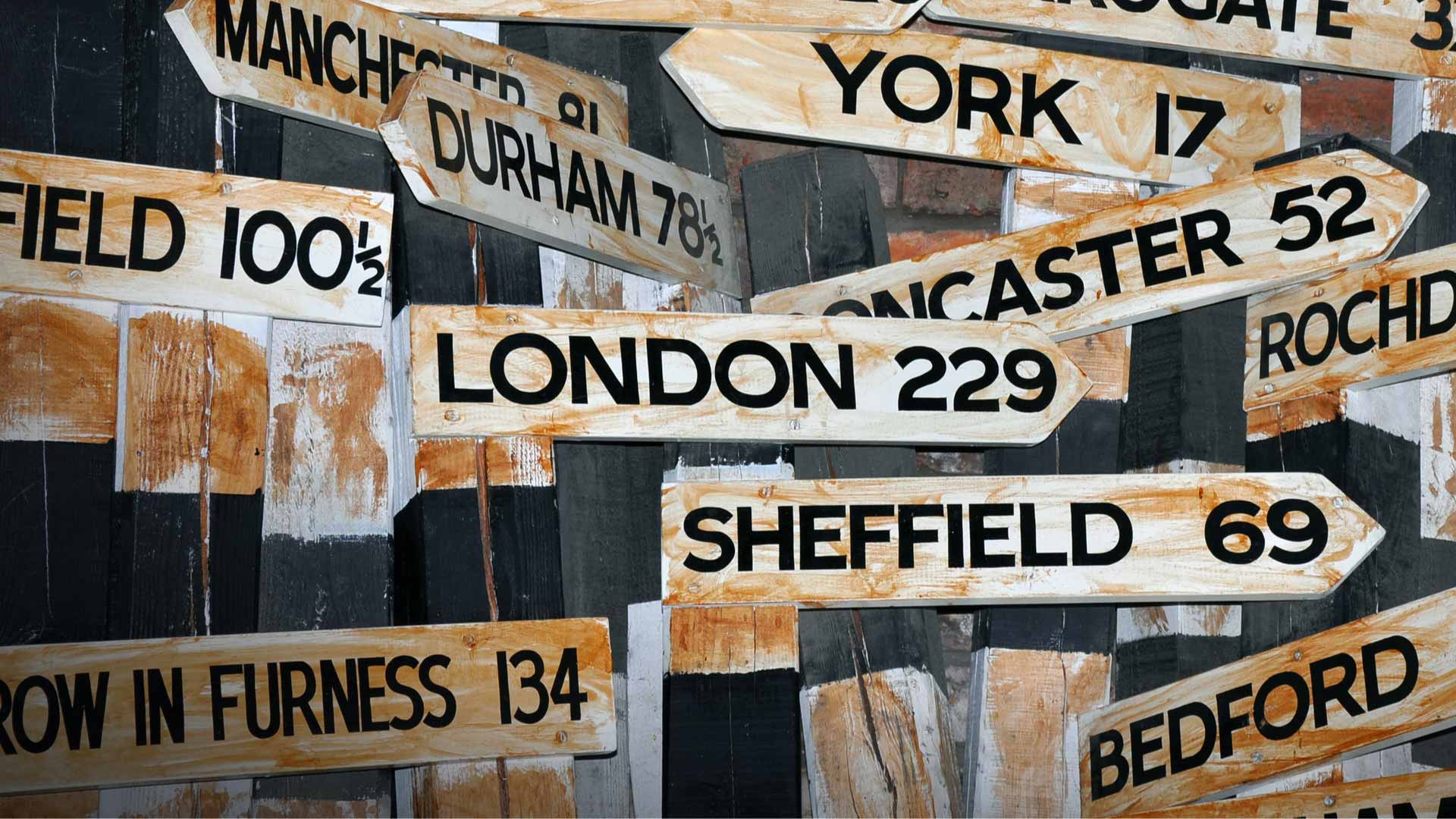 Have you ever wondered where the distance to and from London is measured? No? We’re going to tell you anyway. It’s Charing Cross, and it dates back to 1290 when a memorial cross (one of 12) was installed south of Trafalgar Square. 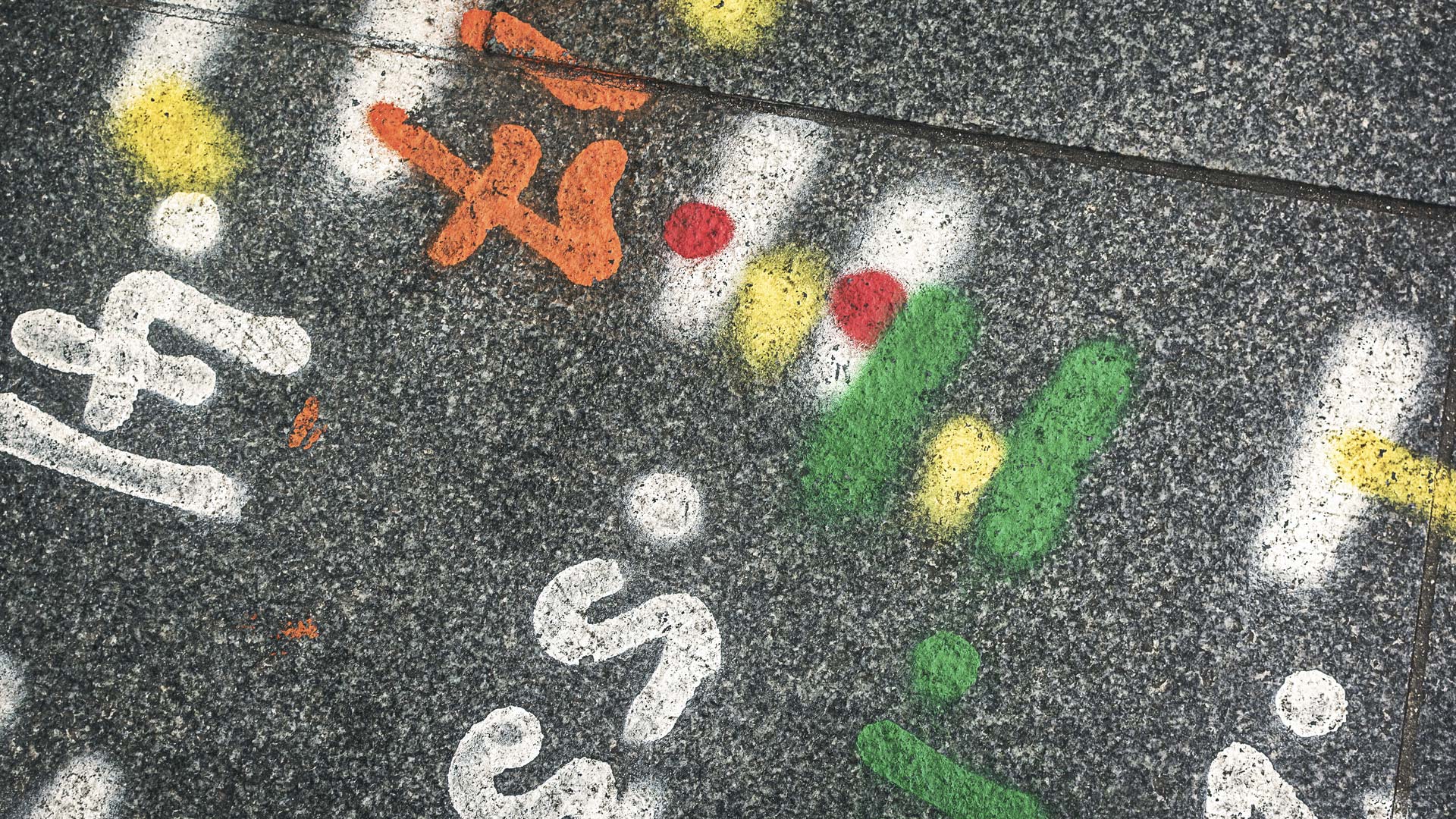 No, you haven’t discovered a Banksy or ancient hieroglyphics. The dots and arrows painted on our pavements are used by utility companies to signify what lies beneath the ground. We’d urge you to visit the BBC website for more details on the ‘squiggles’. You’ll lose at least half of your lunch hour…

Head up, foot up 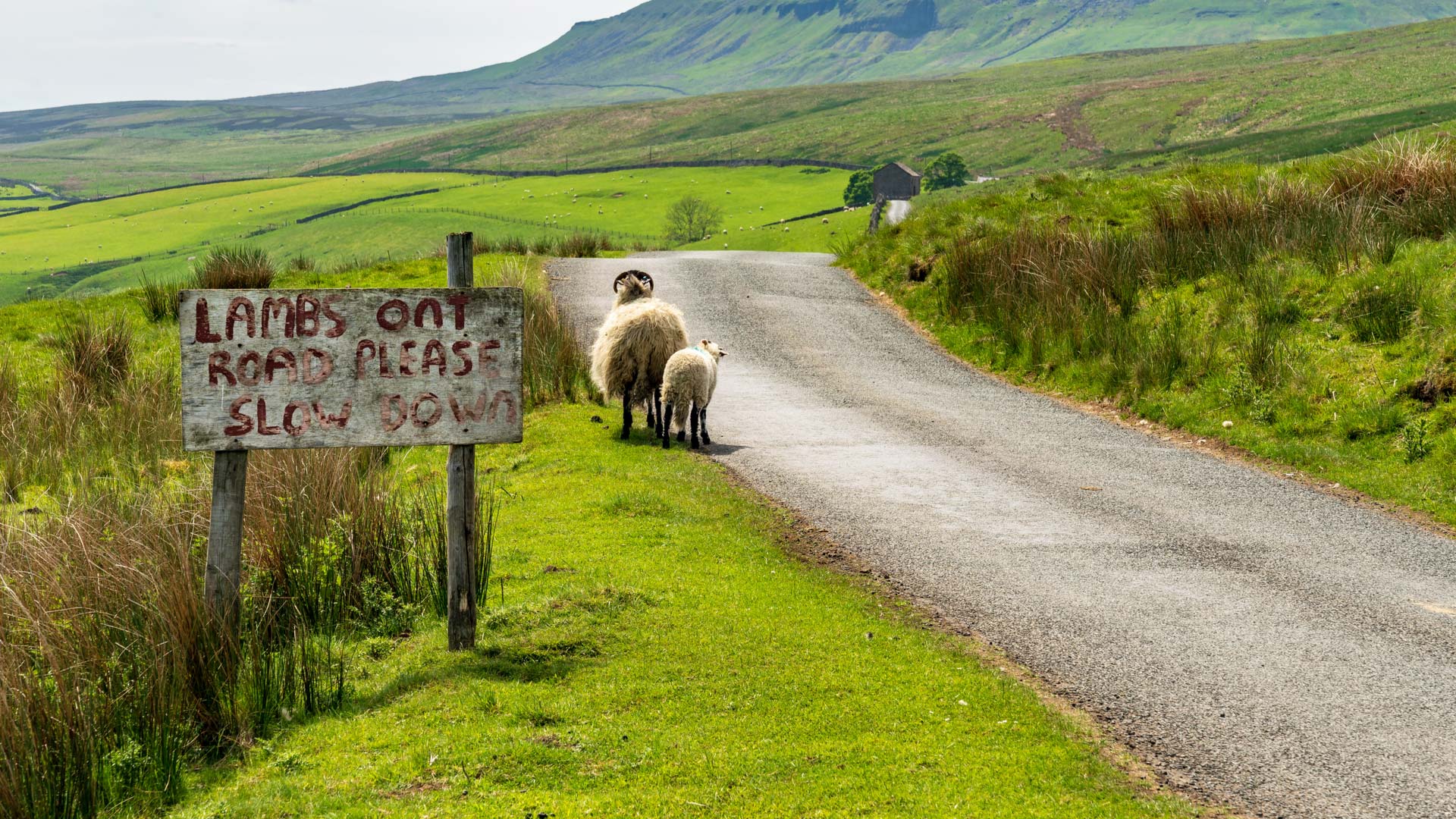 This one dates back to a Suzuki launch we attended in North Wales. We were given a set of instructions to follow a set route and told to watch out for sheep, but to take extra care when the woolly ones weren’t grazing. 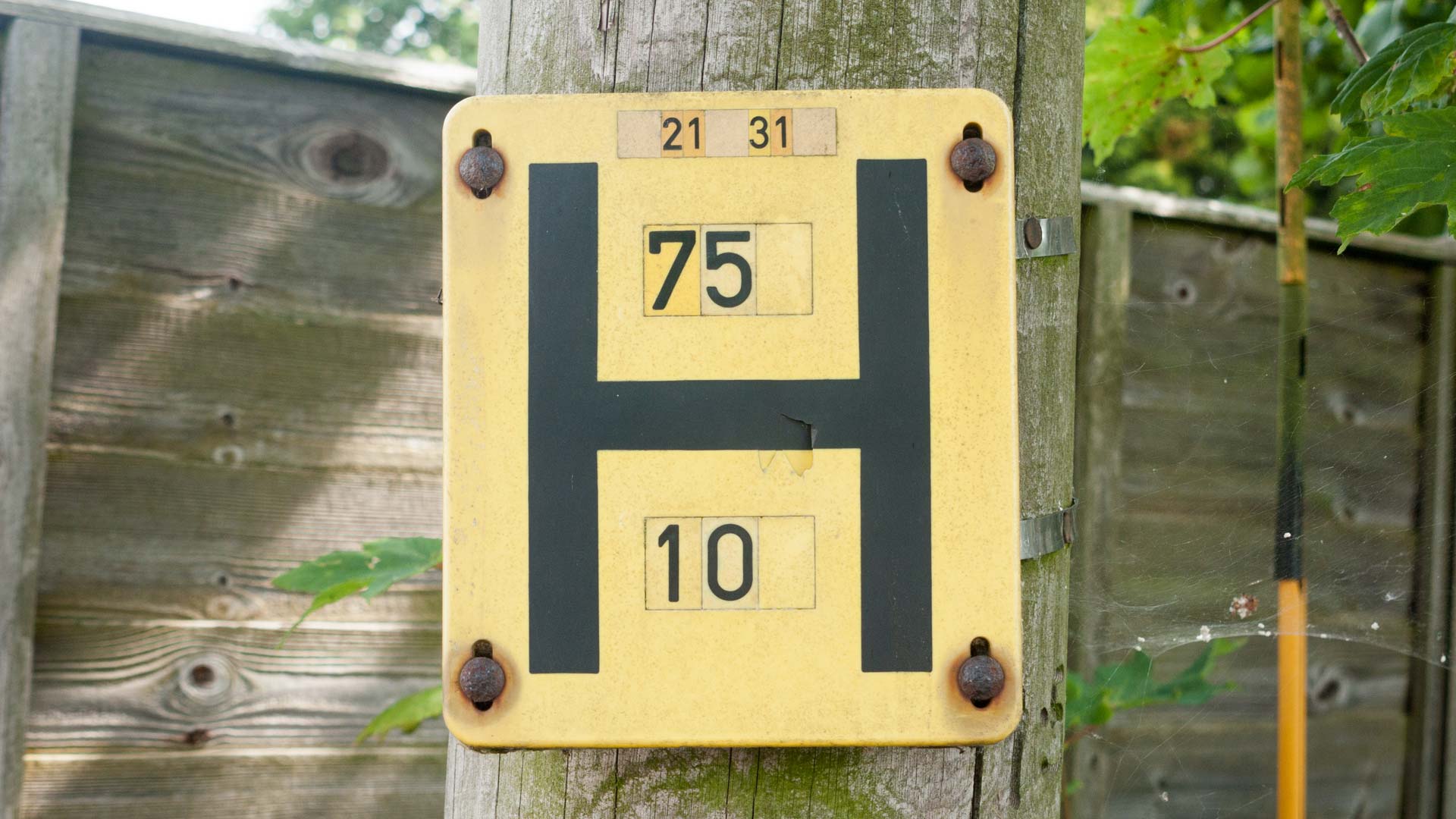 The little yellow signs are a common piece of street furniture, but have you ever stopped to wonder what they mean? They’re used to show the location and size of the nearest water hydrant.

In the case of the example shown, the size of the water main is 75mm, and the distance is 10 metres. 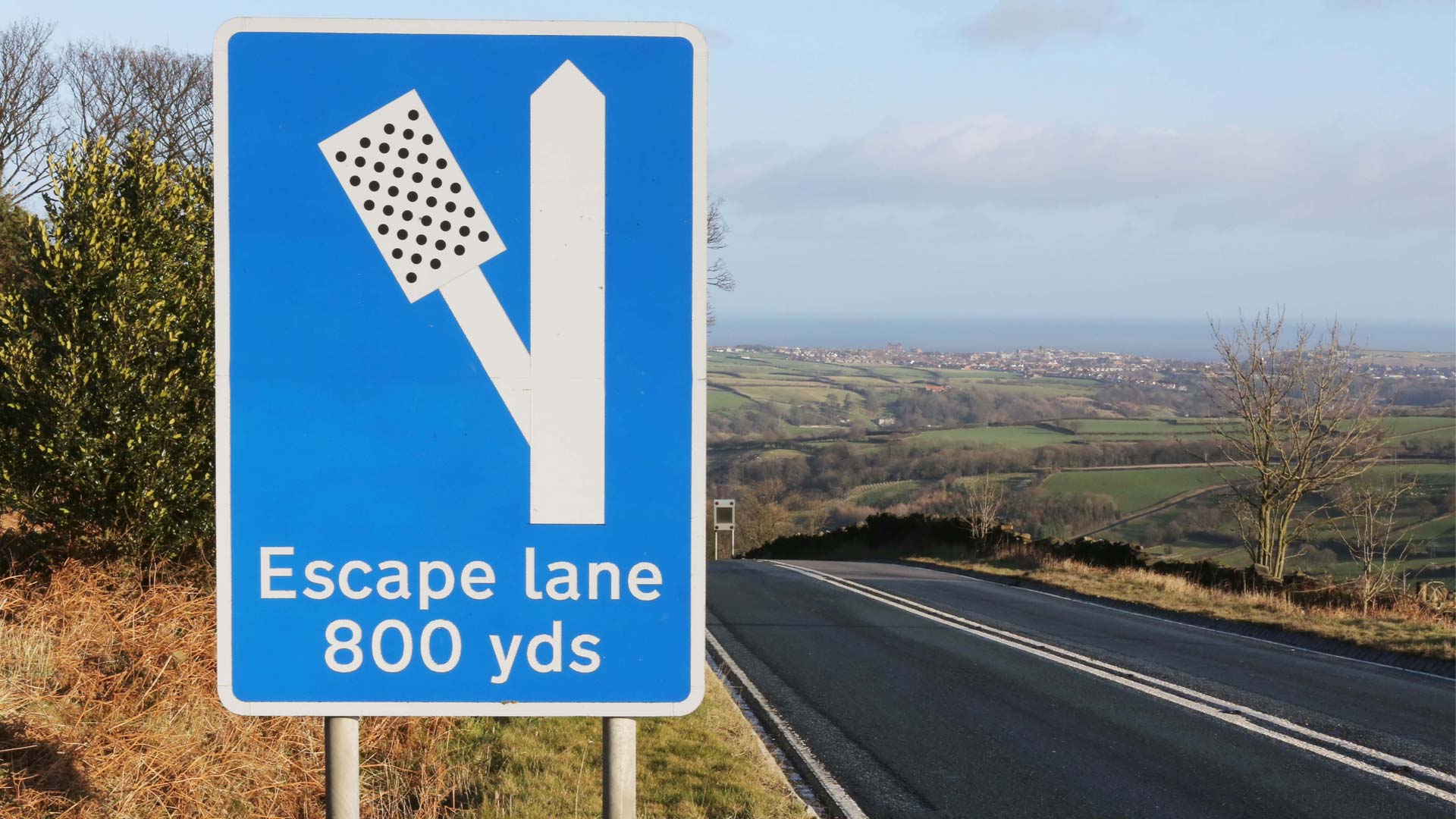 Escape lanes are sand traps located alongside the downhill side of a steep road that are designed to ‘catch’ a vehicle in the event of brake failure.

As braking technology improves, they’re becoming less common, but you’ll often see evidence of a driver forced into making an impromptu visit to the ‘kitty litter’. 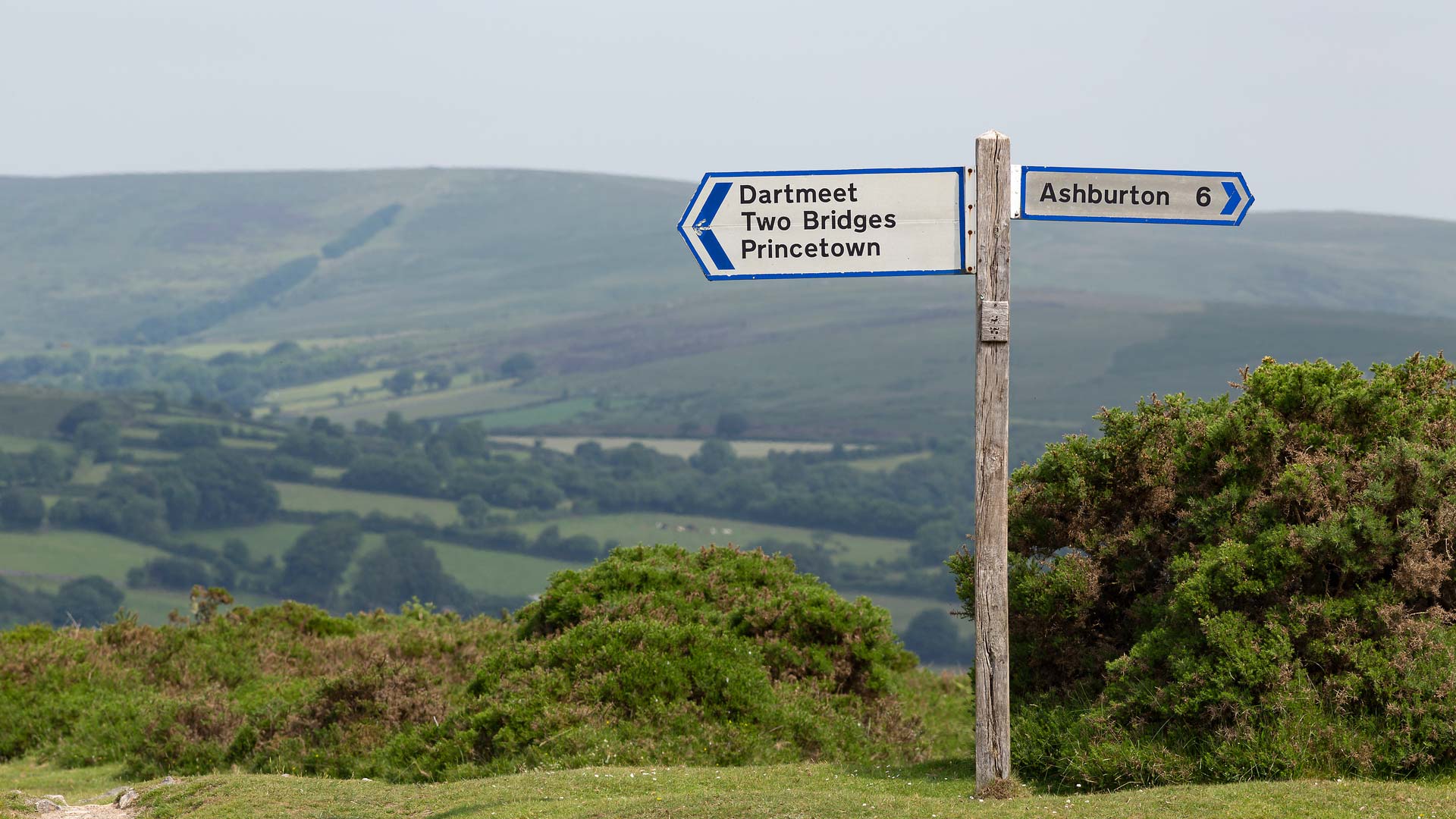 There are three different direction signs on roads in and around Dartmoor. Signs with a blue border show roads that are generally suitable for all traffic, while signs with a brown border are used for roads that are smaller with passing spaces.

Finally, signs with a black border are unsuitable for large vehicles. The brown signs are not to be confused with the common tourist signs, which can be seen across the country. 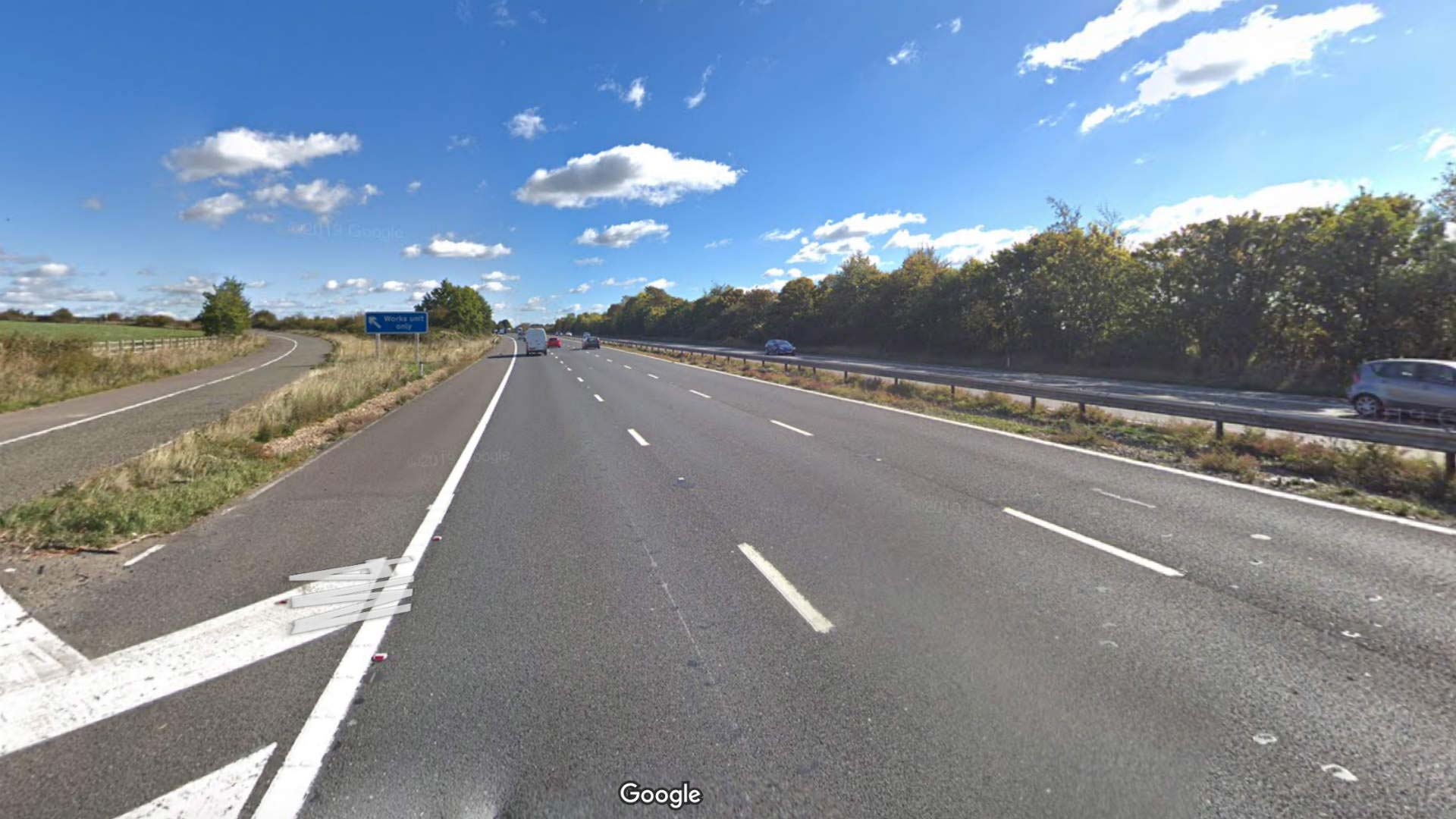 Anyone who has travelled eastbound along the M4 has probably spotted the exit marked with ‘Works unit only’ signs. Conspiracy theories exist, but it’s actually used for RAF Welford, which is one of the largest European ammunition compounds for the United States Air Force.

According to Forces Reunited, it’s at its busiest when the U.S. government deploys bombers to a forward air station at RAF Fairford.

Baby on board sticker 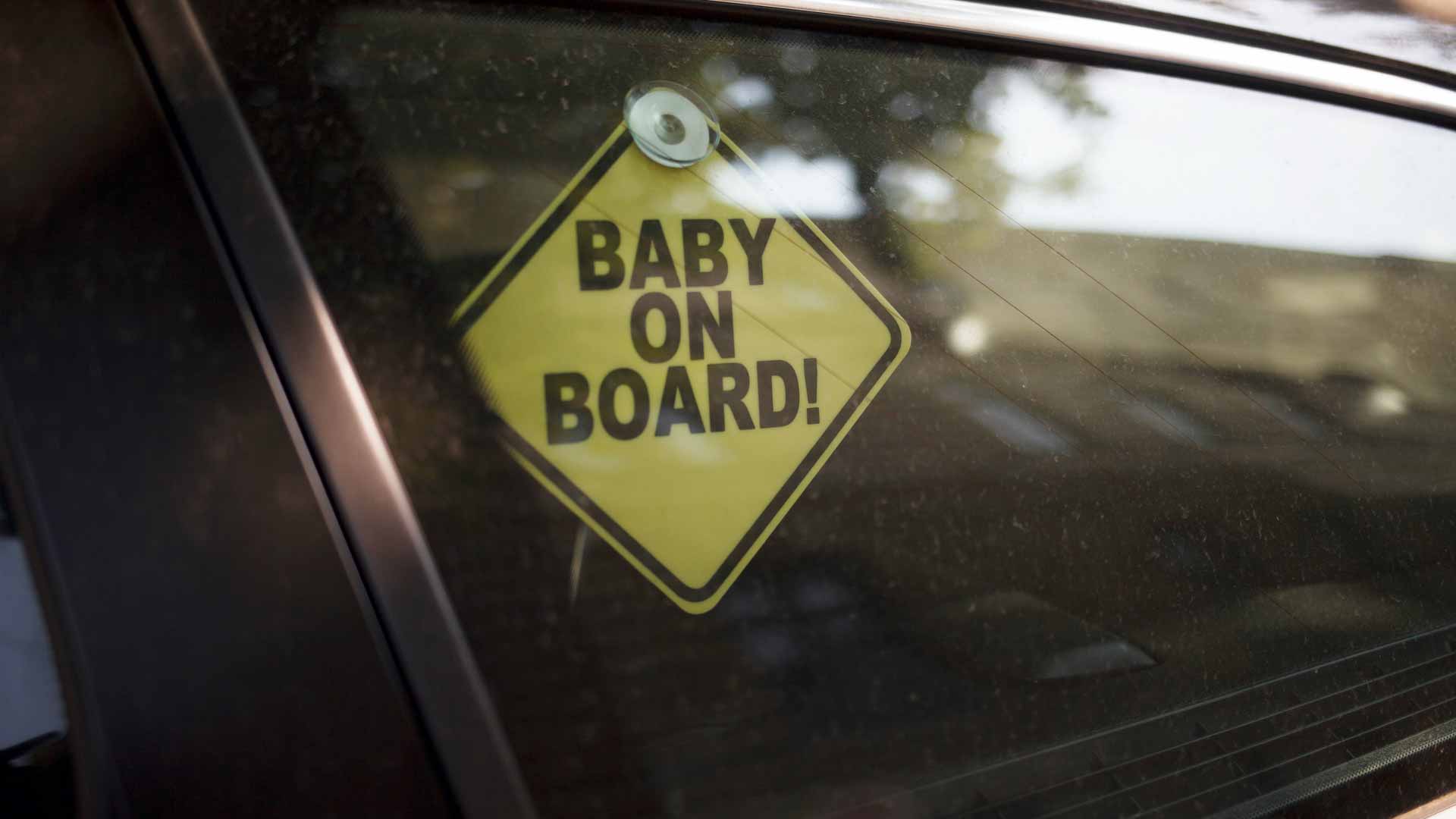 Baby on board stickers were designed to encourage other drivers to be more considerate and to alert the emergency services that a child or baby is on board in the event of an accident. This isn’t so much a ‘hidden secret’, more a case of the sticker losing its meaning and impact.

A ‘Westlife fan on board’ sticker wouldn’t encourage many of us to drive carefully. 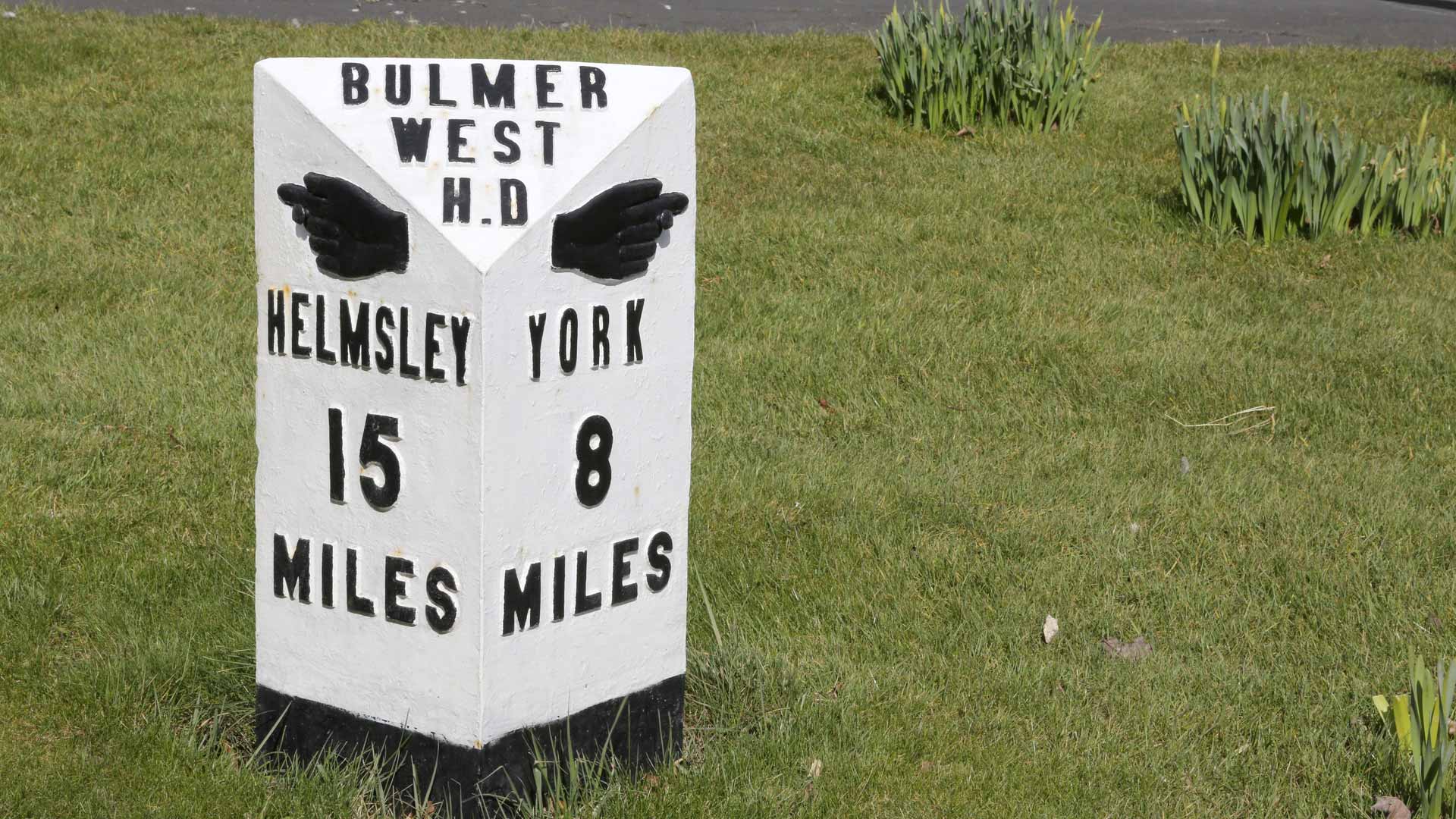 According to the Milestones Society, mileposts became compulsory on all turnpikes in 1767. Their role was to inform travellers of direction and distances, as well as keeping coaches on schedule.

Around 9,000 survive today, as many were removed or defaced in World War II to baffle German invaders. 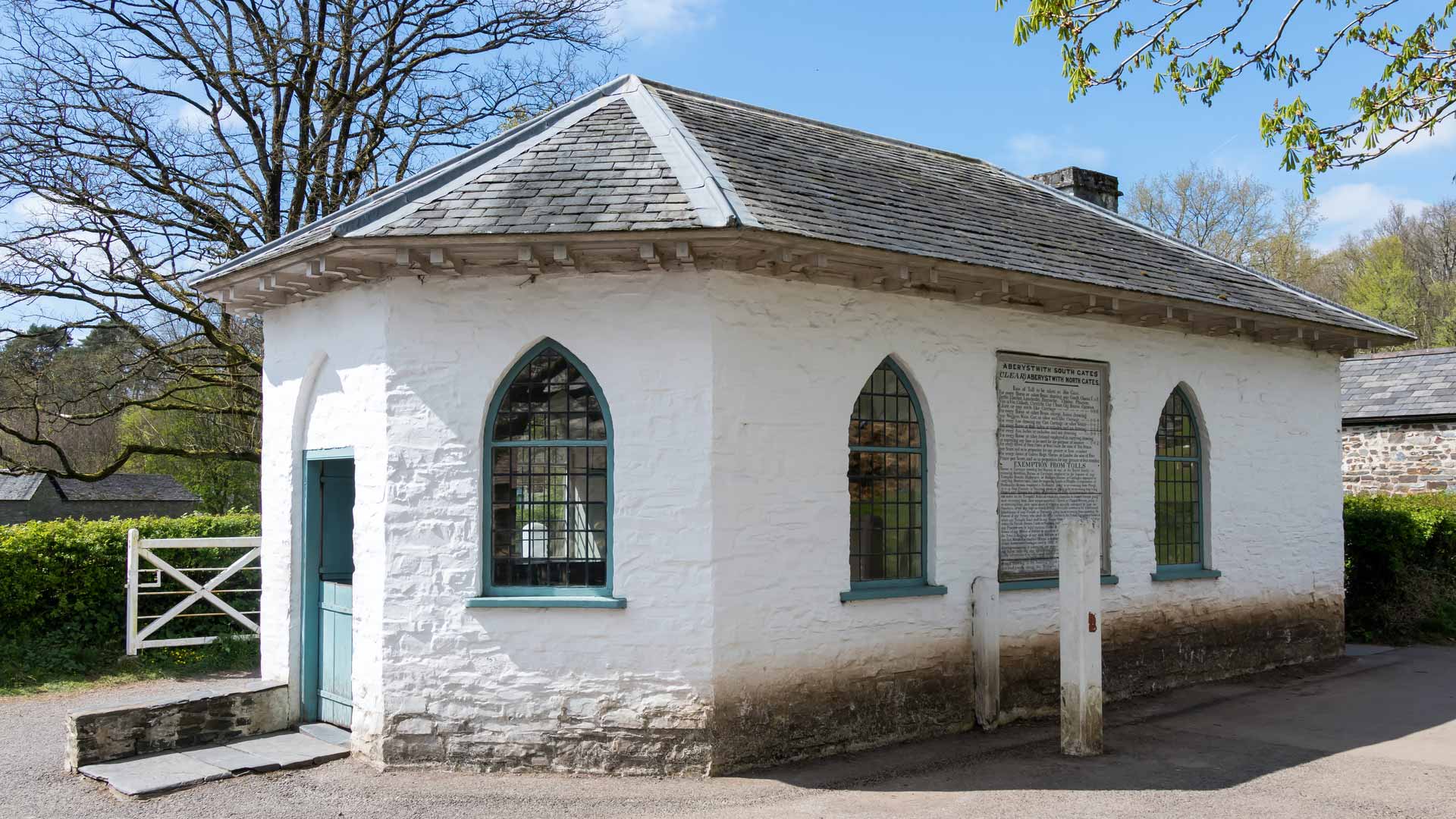 Toll houses were built at turnpike gates to collect tolls from road users. Today, their unique design makes them easy to spot, you just haven’t noticed them yet.

From 28 September 2020, the driving theory test will include multiple-choice questions based on a video. Here's what you need to know.
Read more
Advice

Can you jump start a car using an electric vehicle?

Is is possible to jump start a petrol or diesel car using an EV, but we don't recommend it. Here's why you risk damaging the battery.
Read more
Car News

Should SUVs be banned from company car fleets to cut CO2?

A new report reveals the rise in popularity of SUVs as one of the largest contributors to increases in CO2 emissions around the world.
Read more

Share prices for Tesla have more than doubled since a surge in stock values began in recent weeks. And the upward trend is predicted to continue.
Read more
Car News

Another year, another top qualifying performance in MotoGP, and another brand new car for Marc Marquez: this time, it's a BMW M3 CS
Read more
Car News

Research shows that 46 percent of drivers break the speed limit on a motorway. Here, we outline what you need to know about speeding and the law.
Read more
Advice