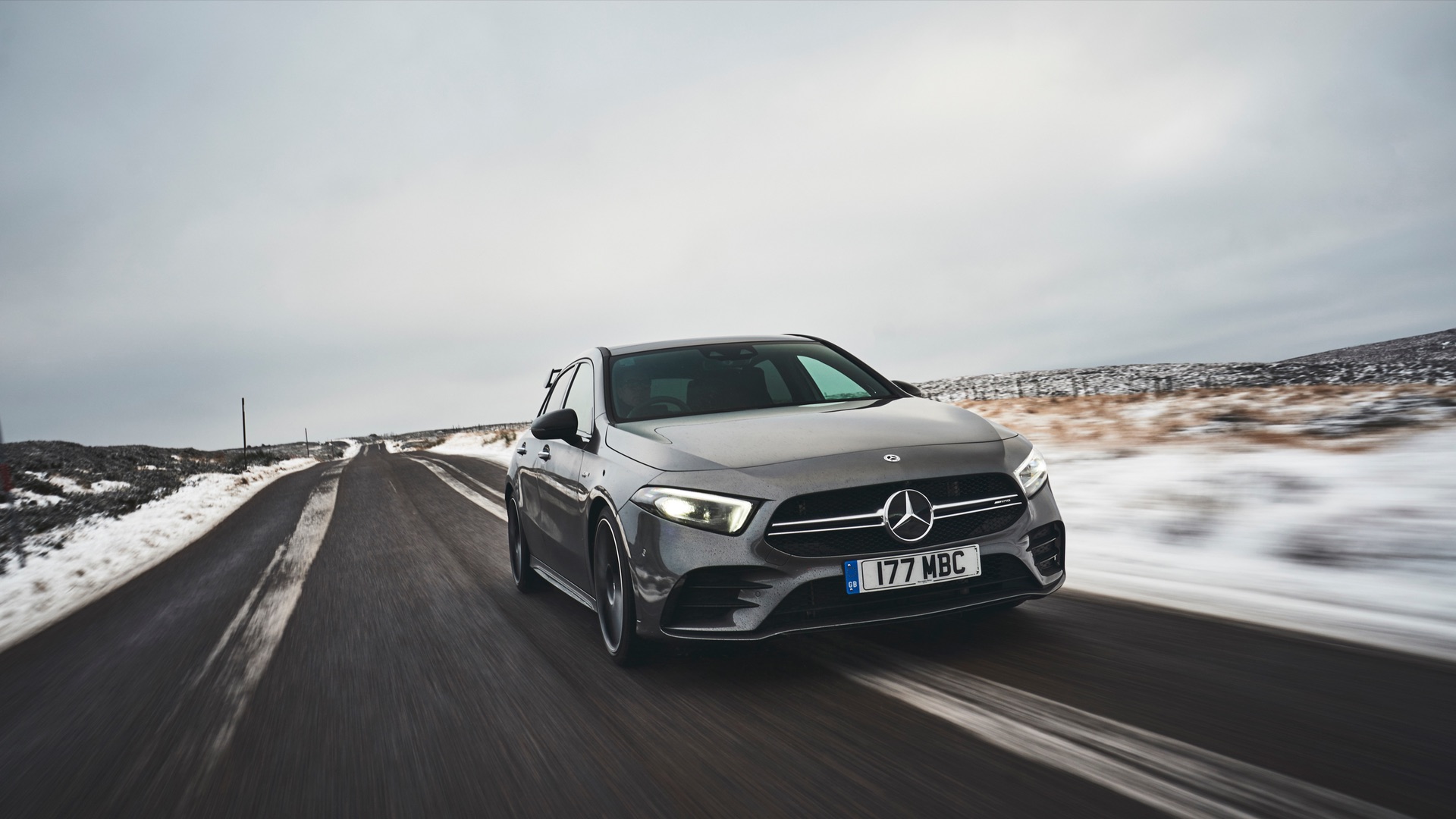 The hot hatch has reached boiling point. Mercedes recently revealed a new AMG A45 S, with the most powerful four-cylinder engine ever.

A supercar-slaying hatchback was unthinkable back in 1974, when the Simca 1100 Ti first screeched into showrooms. Arguably the origin of the species, it eked out 82hp from a 1.3-litre twin-carb engine – good for 60mph in 12 seconds.

The 110hp Volkswagen Golf GTI debuted soon afterwards, bringing power to the people like never before, hotly pursued by the 128hp Peugeot 205 1.9 GTI. By 1992, the Ford Escort RS Cosworth mustered a mighty 227hp, on par with a contemporary Porsche 911.

Today, even the lowliest Golf GTI outguns the classic Cossie, while outputs beyond 300hp are routine. Yet the horsepower race has, ironically, left a gap for something (slightly) more sensible. Meet the Mercedes-AMG A35, which slots below the ballistic A45 as Affalterbach’s entry-level offering. Could it be all the hot hatch you really need? 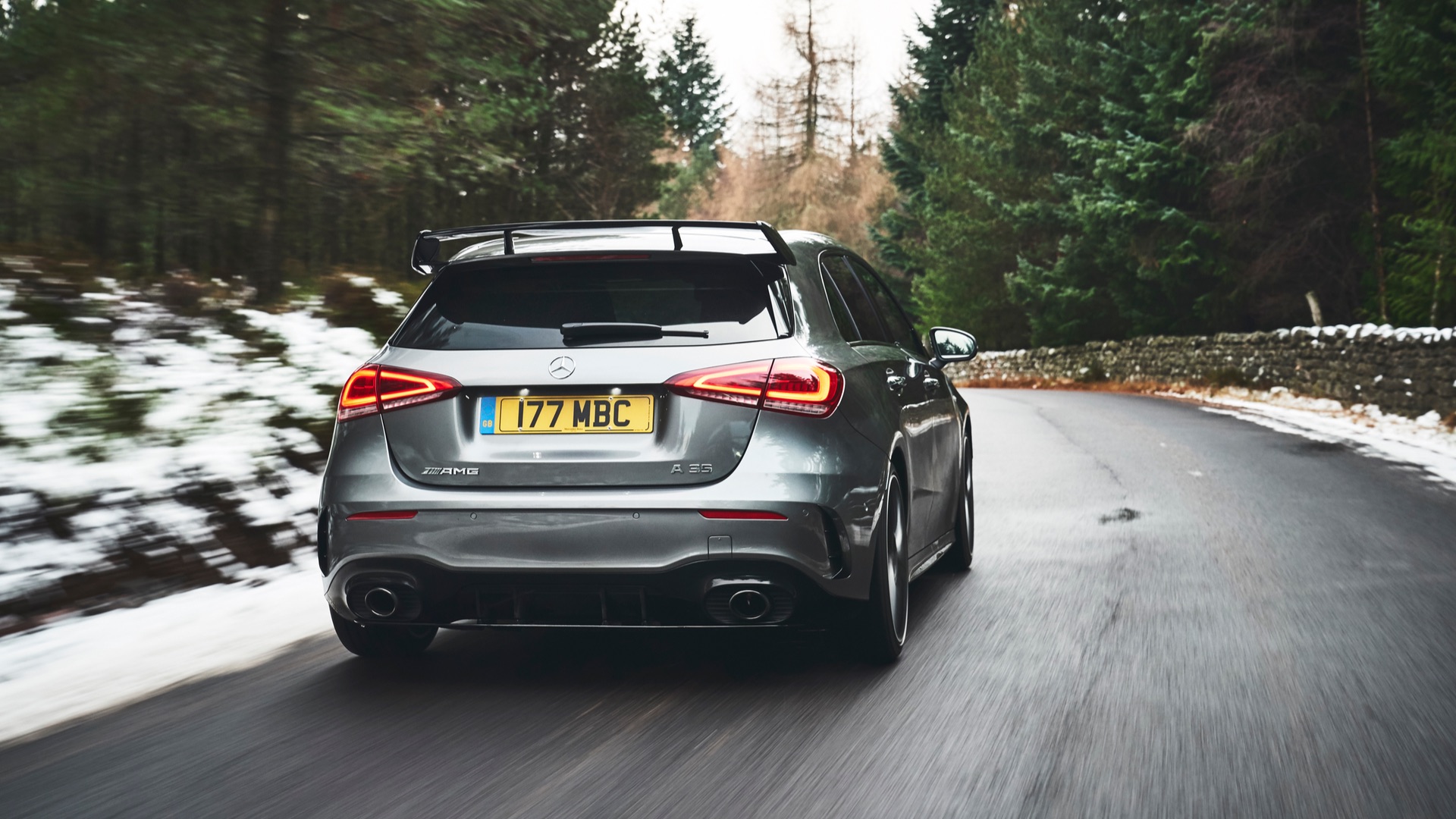 Let’s start with the spec: a 306hp turbocharged four-pot, seven-speed paddle-shift transmission and four-wheel drive. The suspension has solid mounts to sharpen response, tyres are bespoke 19-inch Pirelli P Zeros and the four-piston brakes are borrowed from the A45.

Our car also sported the AMG Style bodykit, with motorsport-style canards sprouting from the front bumper, a high-rise rooftop wing and a functional rear diffuser. I’d save the £2,595, choose a subtle paint colour and go incognito.

Mercedes-AMG A35 on test.

This car has the £2,595 AMG Style package, including the splitter, rear wing and diffuser. pic.twitter.com/LvqvlKgpR6

Wild or mild, the A35 actually looks best from the inside. This is hands-down the classiest cabin of any hot hatch, with superb quality and game-changing tech. Highlights include two giant widescreen displays, ‘augmented reality’ sat nav that overlays directions onto a video feed from the front-facing camera, plus a voice control system that responds when you say “Hey Mercedes”.

There’s a caveat, though: most of this must-have kit costs extra. You’re even asked £495 for Apple Carplay and Android Auto phone connectivity. The £35,580 base price of our A35 had swollen to £43,660 by the time options were factored in.

If you hoped for a headstrong hooligan in the mould of AMG’s V8 models, you may be disappointed. This is a point-and-squirt sort of car, with punchy power delivery, snappy twin-clutch shifts and all-wheel traction.

Select Sport or Sport+ modes and more torque is diverted to the rear wheels, yet the chassis remains planted rather than playful. More ‘Golf R’ than ‘Type R’, in other words. 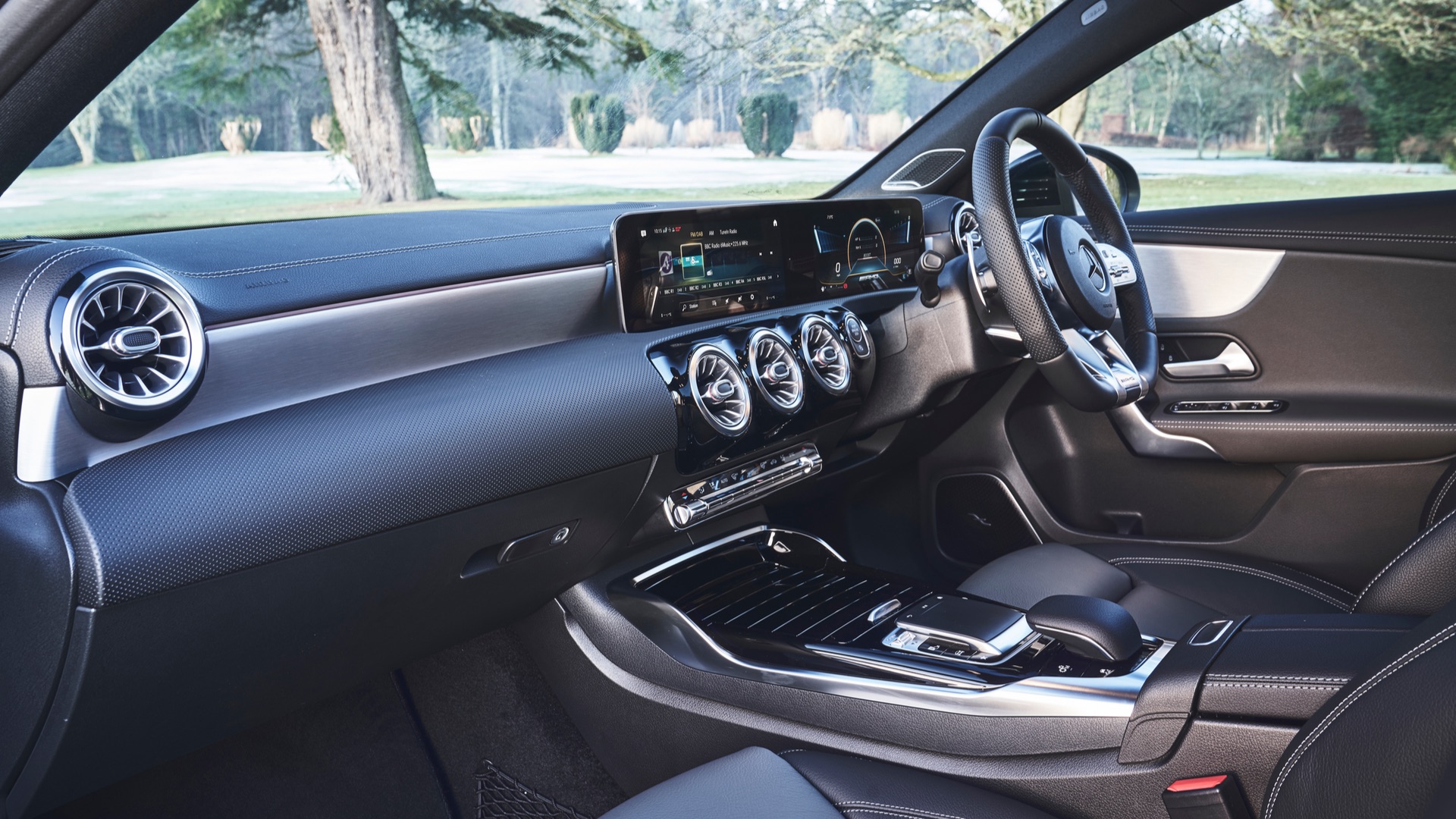 Much of the time, that slight detachment is welcome, making the A35 comfortable and easy to live with. Unlike some cars of its ilk (here’s looking at you, Renault Megane RS), it doesn’t constantly shout about how sporty it is. Occasionally, you may wish for a malleability and a magic that isn’t quite there – perhaps a less civilised soundtrack, too. But you’ll rarely hanker for more speed.

On British B-roads, most drivers this side of Lewis Hamilton will cover ground more confidently – and likely more quickly – in this baby Benz than AMG’s flagship GT supercar.

Mercedes has pitched the A35 perfectly. It’s not madcap enough to overshadow the A45, nor is it too sober to justify an AMG badge.

Like the now-ubiquitous Golf R, it serves up driving fun, practicality and car-park kudos in a well-rounded package. It’s a car for the North Coast 500 and the North Circular. And that, surely, is what hot hatchbacks were all about in the first place.

The 20 best motoring museums in the world