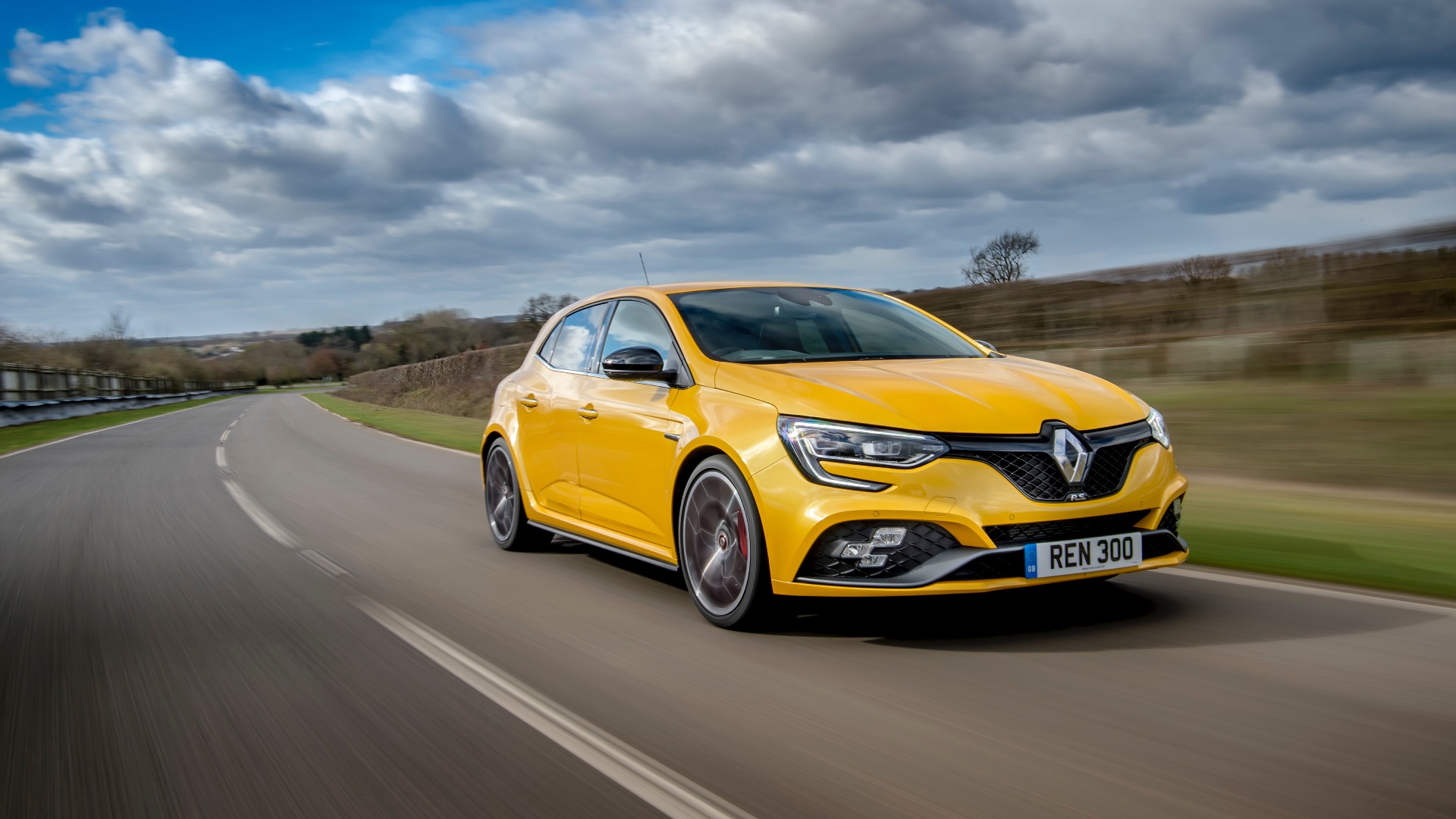 Nürburgring lap times are a Big Deal for hot hatches, and Renault has recently reclaimed the record. The Megane Trophy-R scorched around 14.2 miles and 154 corners in 3.7 seconds less than the Honda Civic Type R. Its time of 7min 40.1sec is also within spitting distance of a 2008 Porsche 911 GT2. That’s the pace of progress. Even so, the car’s price tag has dominated headlines.

A ‘standard’ Megane Trophy-R will cost you £51,140, but the fully-loaded Nürburgring Record edition is (deep breath) £72,140. Yep, for a front-wheel-drive hatchback. Most of that additional cash goes on carbon fibre wheels, which save 2.1kg per corner, and carbon-ceramic brakes. Other trick bits – included on all cars – include Öhlins adjustable dampers, Sabelt race seats, bespoke Bridgestone track tyres and a titanium Akrapovič exhaust. Just 500 will be sold worldwide, with 32 bound for the UK.

The Megane Trophy here (note the absence of ‘R’) isn’t that car. It shares the same 300hp 1.8-litre engine and six-speed manual gearbox, but is 113kg heavier and comes with considerably less carbon. On the plus side, you get rear seats, sound deadening and proper infotainment. At £31,835, it’s also less than half the price of the ’Ring record version. What a difference a single letter makes. 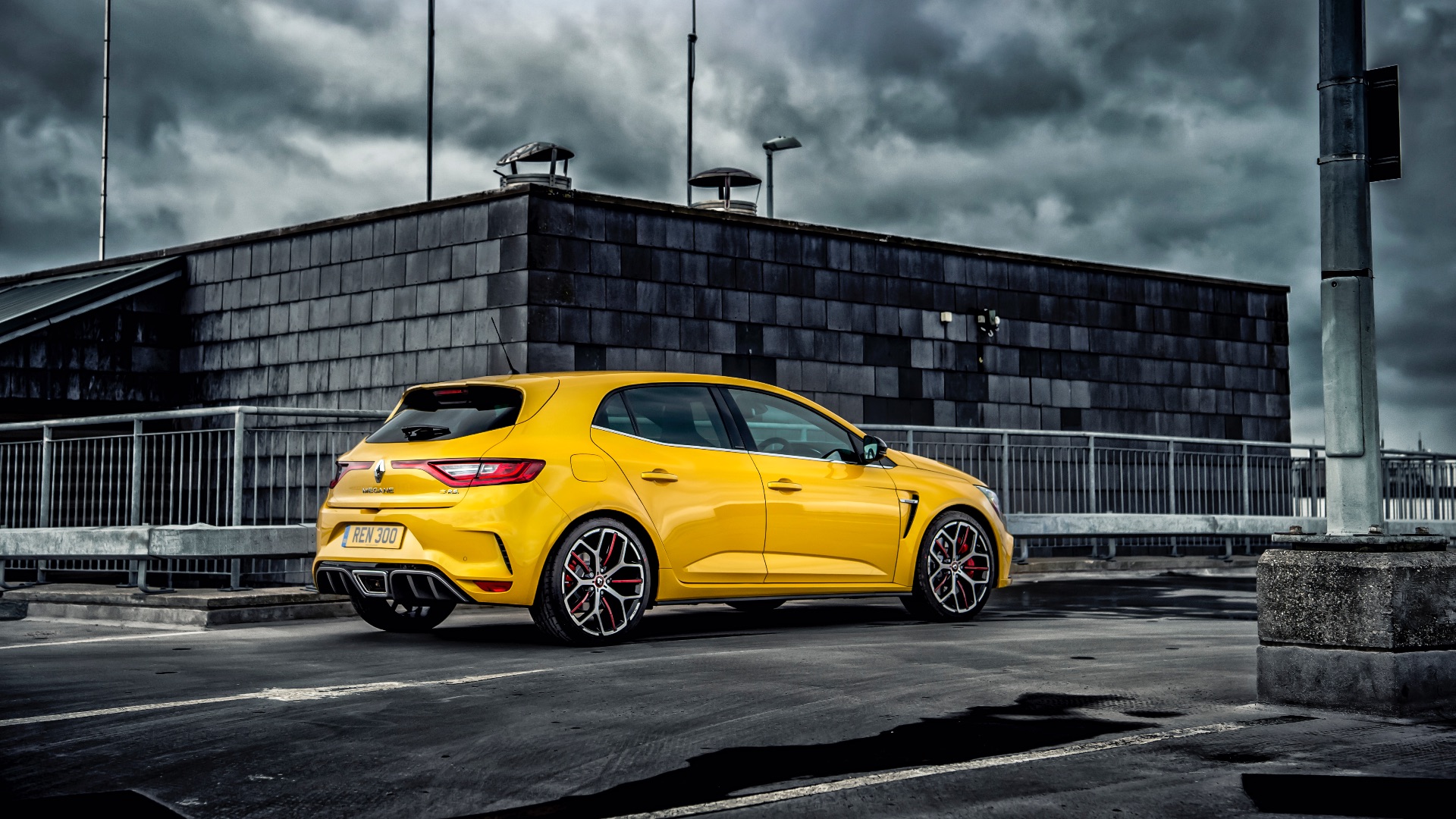 Not that the Trophy is exactly a soft option. Essentially, this is a faster, more focused take on the £27,835 Megane RS (keep up at the back!) with ceramic turbo bearings for an extra 20hp, grooved brake discs, the RS Monitor on-board telemetry system and the Cup chassis option. The latter includes stiffer suspension, a Torsen limited-slip diff and hydraulic bump stops. No doubt, this middle-tier Megane means business.

It looks the part, too, especially in £1,300 Liquid Yellow metallic. Where the Civic Type R is all OTT scoops and spoilers, Renault relies on taut, muscular curves. It bristles with kinetic energy even standing still. However, I’m far from sold on the Trophy’s unique 19-inch ‘Jerez’ alloys. Their design resembles the dated TSW Venom (remember those, Max Power readers?) and the red pinstripes are just naff.

Last day in the Megane RS 300 Trophy, although we have another – much older – Renault hot hatch booked for next week.

Inside, the Megane is also a mixed bag. Its leather and Alcantara steering wheel feels great and the adjustable Recaro bucket seats are fantastic – albeit a pricey £1,500 option. It’s also decently practical, with five doors, ample rear legroom and a boot that swallows a baby buggy. Perceived quality could be better, though, and Renault’s portrait-style media system seems needlessly complicated. At least it has Apple CarPlay and Android Auto. 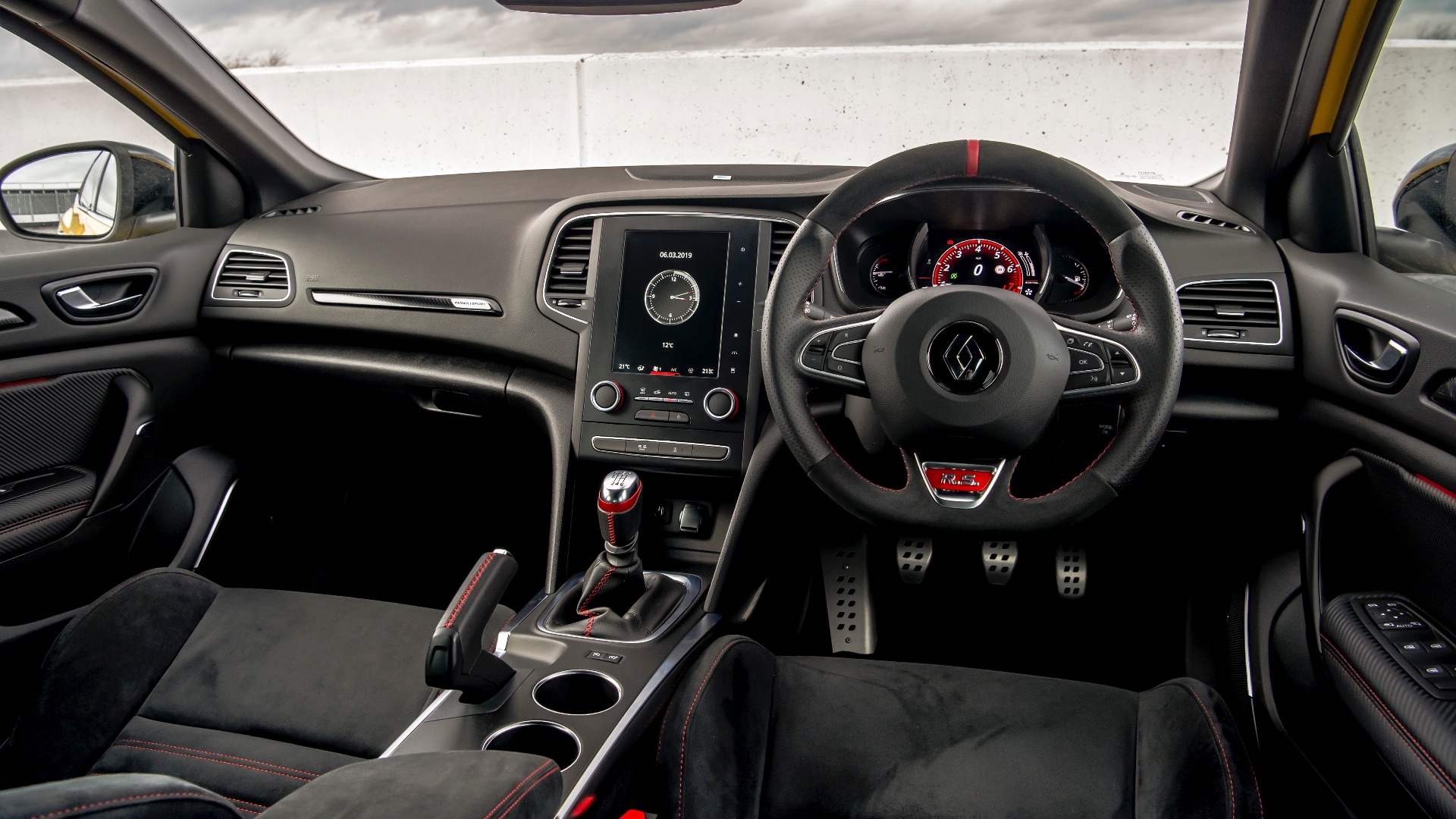 God knows how the ‘R’ drives because the Trophy is sharper than lemon zest. It feels up on its toes, totally lacking in hysteresis. The secret is four-wheel steering, which bestows a rabid agility that seems almost unnatural. The Megane changes direction like no other hot hatch, diff biting hard into bends. It must be sensational on track – where it will oversteer in extremis – but the pay-off on the road is suspension that endlessly jitters and jolts. A comfortable car, this ain’t.

As for the revised engine, it’s responsive and aggressive, yet hardly overflowing with character despite the growls and pops from the centre-exit exhaust. The beefier brakes inspire confidence and the manual ’box suits the car well – probably better than the £1,700 paddle-shift auto.

The Megane Trophy stays true to its Renault Sport roots by being the most intense, involving car in its class. Does that make it best? Well, if you’ll allow me to clamber onto the fence… not necessarily. The new Ford Focus ST is a better all-rounder and the Civic Type R is more intuitive – if less exciting – to drive. It’s not all about lap times, after all.