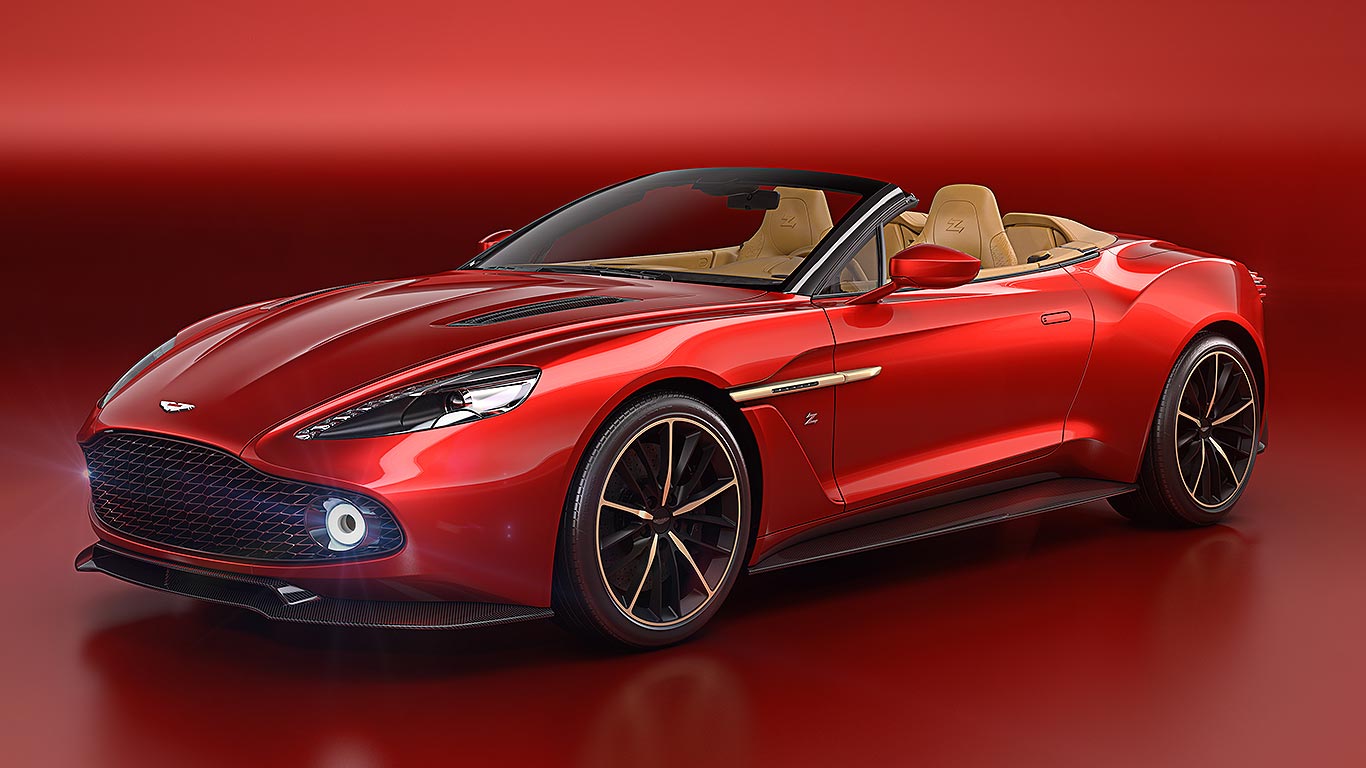 The Vanquish Zagato Volante will also be limited to 99 units and deliveries will begin in 2017. It is likely to cost upwards of £500,000. 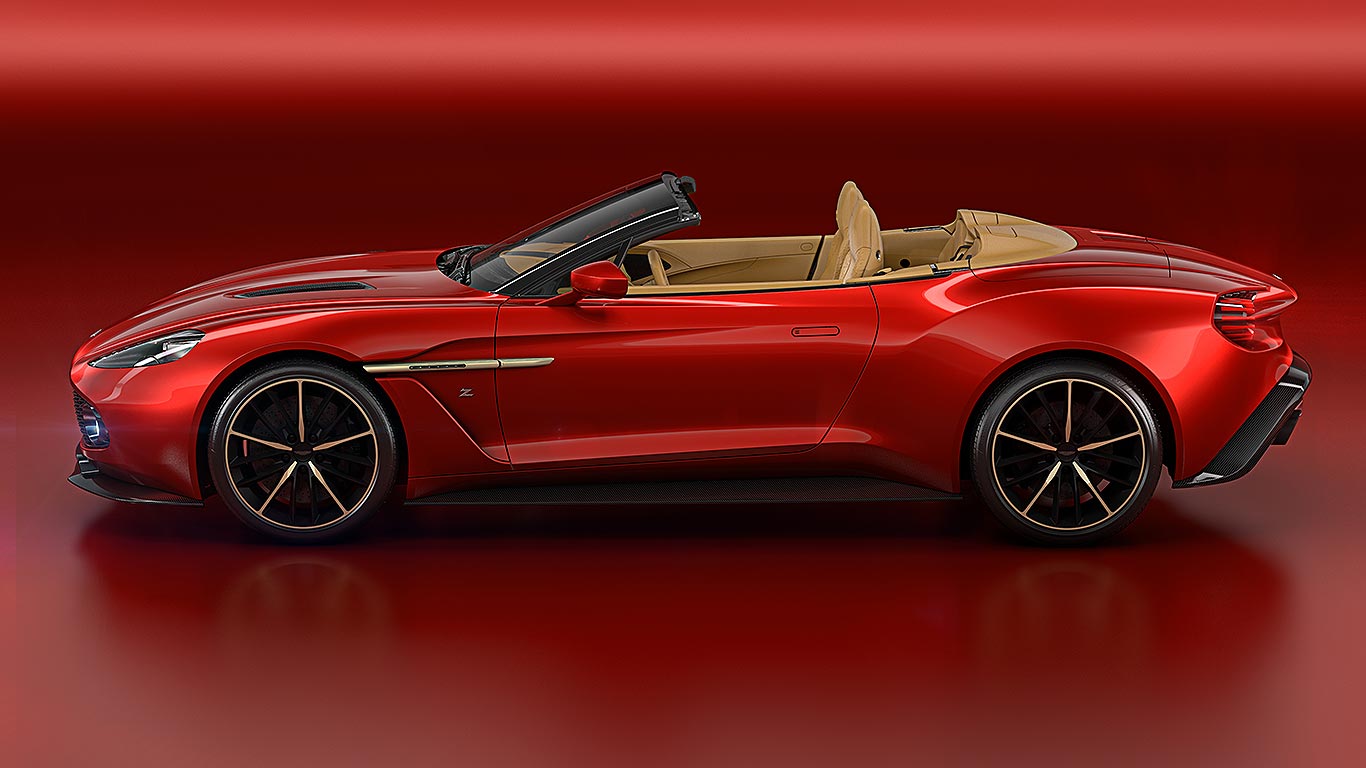 Aston Martin says it’s “overwhelming customer interest” for the coupe that encouraged it to take the logical step of launching an open-top version: it’s a trick McLaren also used with the 675LT. Expect the Vanquish Zagato Volante to sell out similarly swiftly.

The roof has been Zagato-ised: the soft-top is a bespoke hood derived from the regular Vanquish Volante, that drops beneath twin cowls on the rear deck.

Generally though, it’s the same car as the striking, stunning Vanquish Zagato, which designer Marek Reichman says has emphasised surfaces changes and intersections to make it look more muscular. 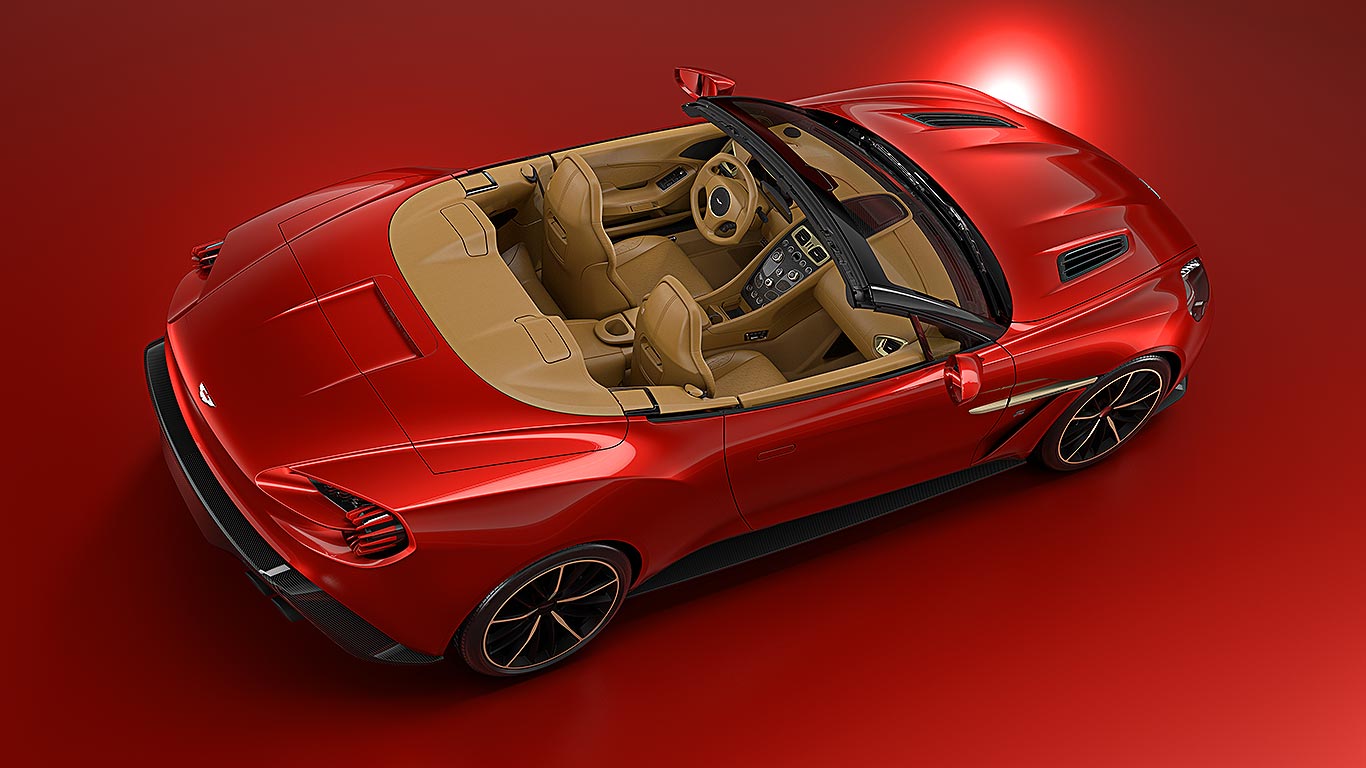 Inside, there’s plenty of Zagato ‘Z’ logos; Z quilt patent stitch on the seats and the door sections is complemented by embossed ‘Z’ logos on the headrests and, rather snazzily, stitched into the centre console. 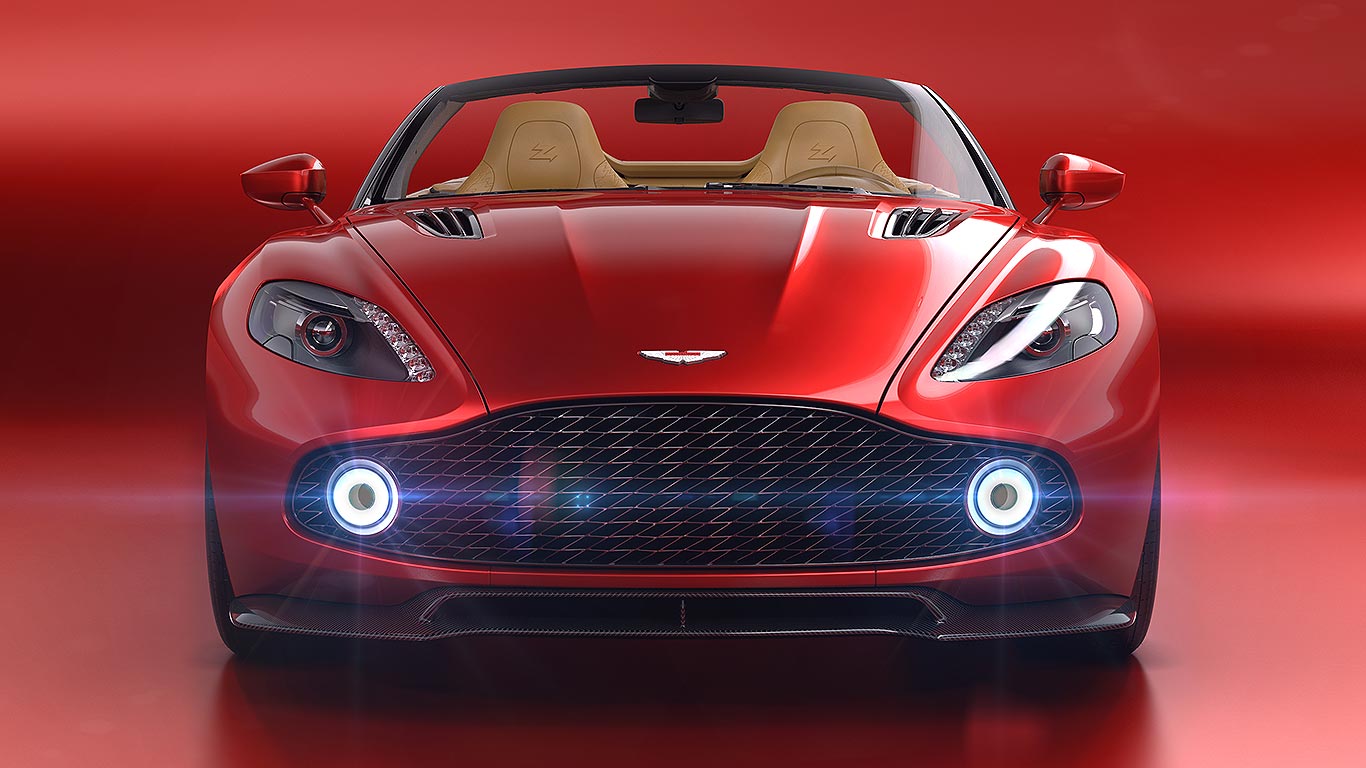 Under the bonnet, sitting behind those distinctive LED running lights, is a pumped up version of the 6.0-litre Aston Martin V12 (the normally aspirated one, rather than the latest 5.2-litre twin-turbo in the new DB11); this produces 592hp for 0-62mph in a predicted 3.7 seconds.

Aston Martin has been working with Zagato for six decades and this is not the first Zagato convertible the Gaydon-based firm has made. The V8 Vantage Volante was launched in 1987 and the wonderful DB AR1, a Zagato version of the DB7, was launched in 2003 (and created for the North American market).

“The Vanquish Zagato Volante illustrates the ways in which Aston Martin design can evolve in collaboration with such a trusted and long-standing partner,” said Reichman, “strengthening the association between these great automotive marques in the process.”