Lighter, faster and more focused, the new 'Longtail' 765LT is McLaren at its best. We drive it flat-out at Silverstone. 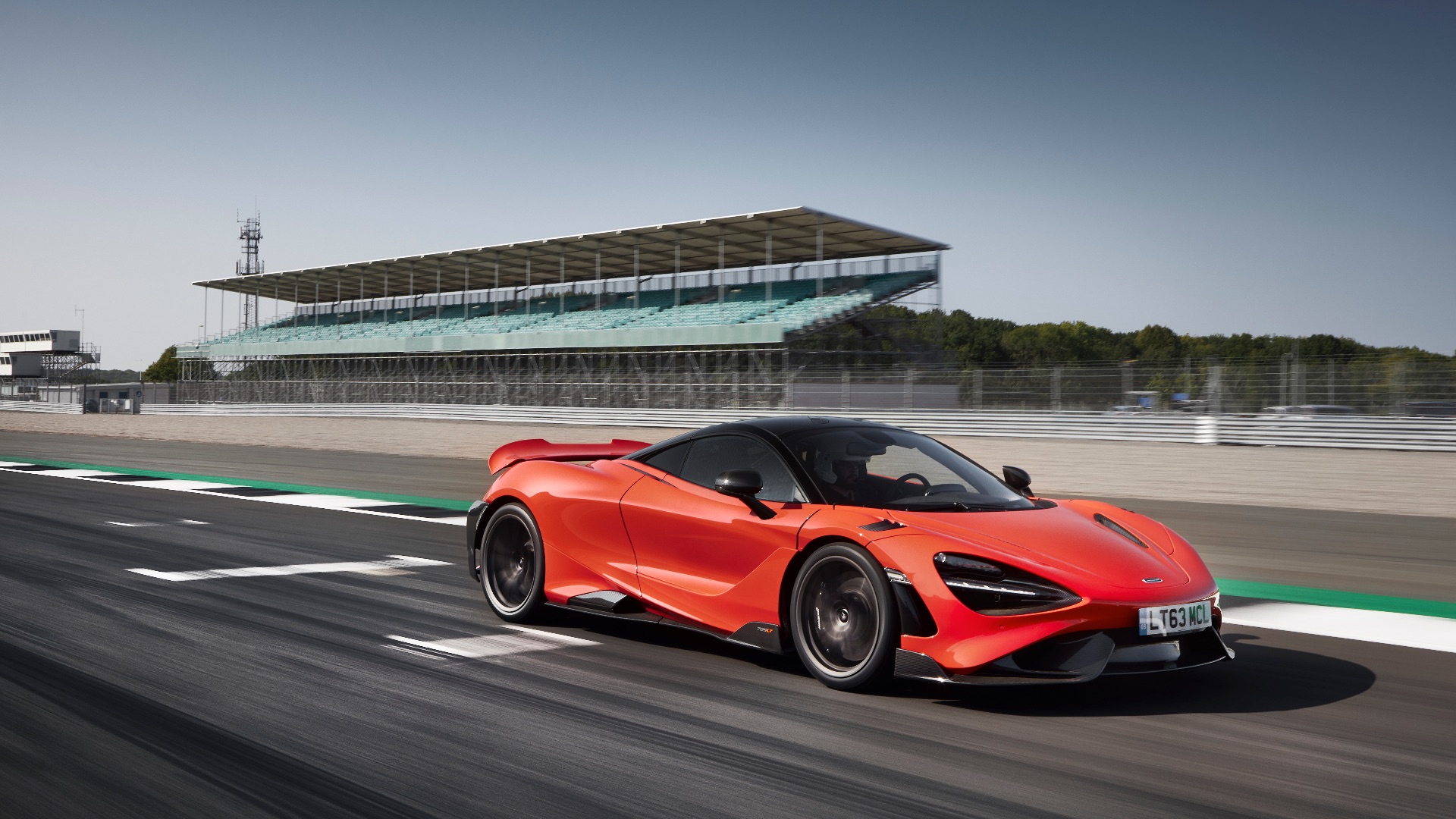 Stepping back a safe distance, Mike Flewitt takes off his face mask and bursts into a broad grin: “Well, I could hardly come to Silverstone and not have a go”.

Like me, the McLaren CEO is here for the global launch of the new 765LT. After a “horrible” year, overseeing 1,200 job cuts and the sale of McLaren’s Woking HQ, he’s exhilarated to be back (literally) in the driving seat. “I’m desperately proud of this car. Its speed is relentless, grip is tremendous. I adore it”.

The ‘Longtail’ (LT) name, first applied to racing versions of the  McLaren F1, is now shorthand for track-focused supercars. The 765LT, then, is essentially a harder, faster 720S – McLaren’s answer to the Ferrari 488 Pista or any Porsche 911 with an ‘RS’ suffix.

More power than a GT3 racer 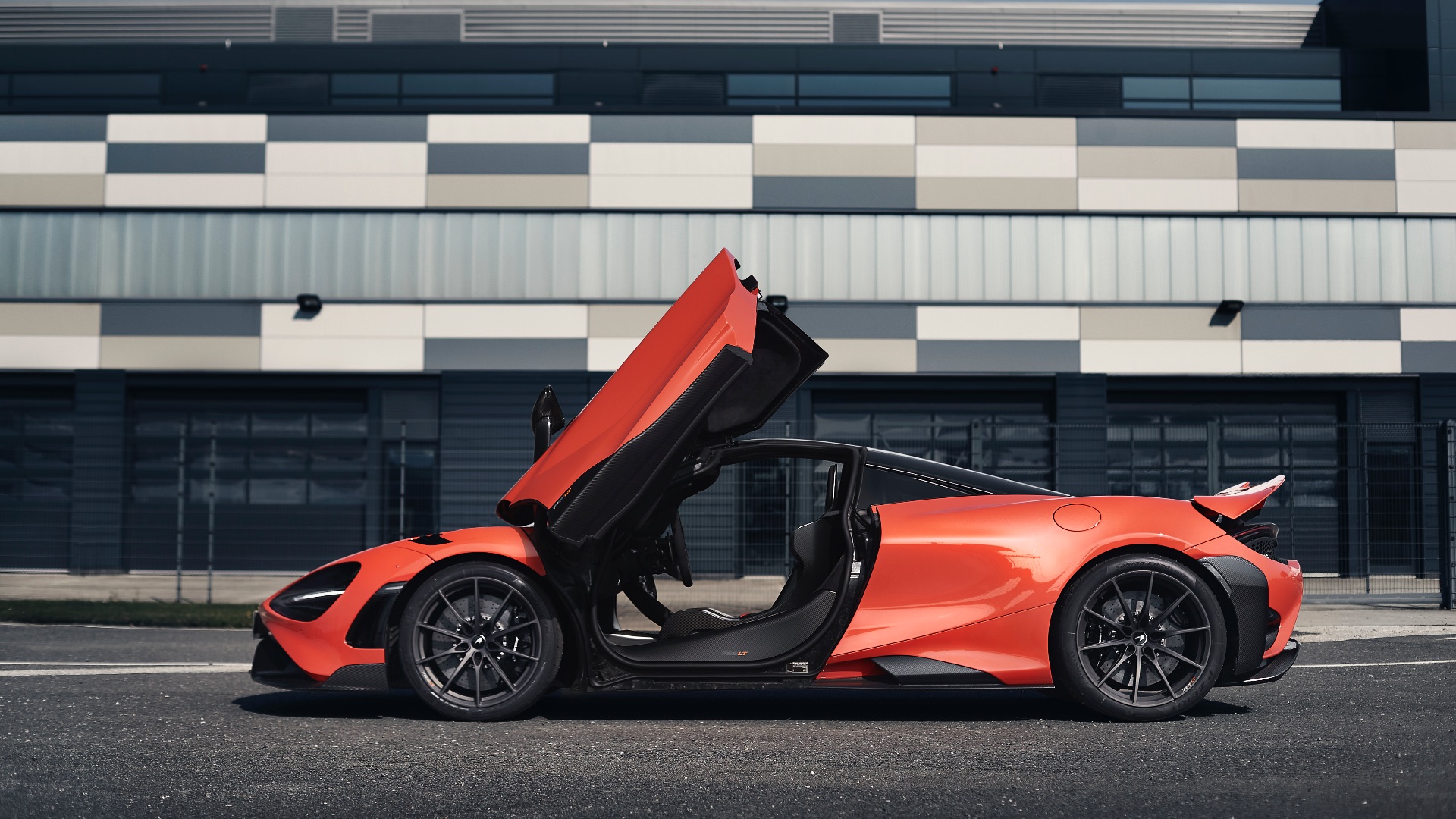 Lurking in pit garages occupied a few weeks earlier by Lando Norris and Carlos Sainz, the 765LT bristles with mechanical malice. Its best angle is from the rear, where laser-cut mesh offers a salacious glimpse of the 4.0-litre twin-turbo V8 and seven-speed sequential gearbox.

Four titanium tailpipes, which glow burnt blue when hot, are framed by a larger pop-up spoiler/airbrake and toothy carbon fibre diffuser. Unlike previous LTs, however, most of the 57mm additional length comes from the jutting front splitter, not a longer tail.

I’m wearing a crash helmet and bulky ‘HANS device’ neck brace, but the 765LT’s upwards-opening dihedral doors cut into the roof for easier access. The sparsely-padded ‘Senna seats’ are more welcoming than they look, but air conditioning and audio systems have been binned to save weight (owners can add them back at no extra cost).

McLaren pro driver Lewis Proctor, who spends his Sundays racing a 720S GT3, clambers in alongside me. “My GT3 car is restricted to about 500hp,” he says. “This has a lot more power.” 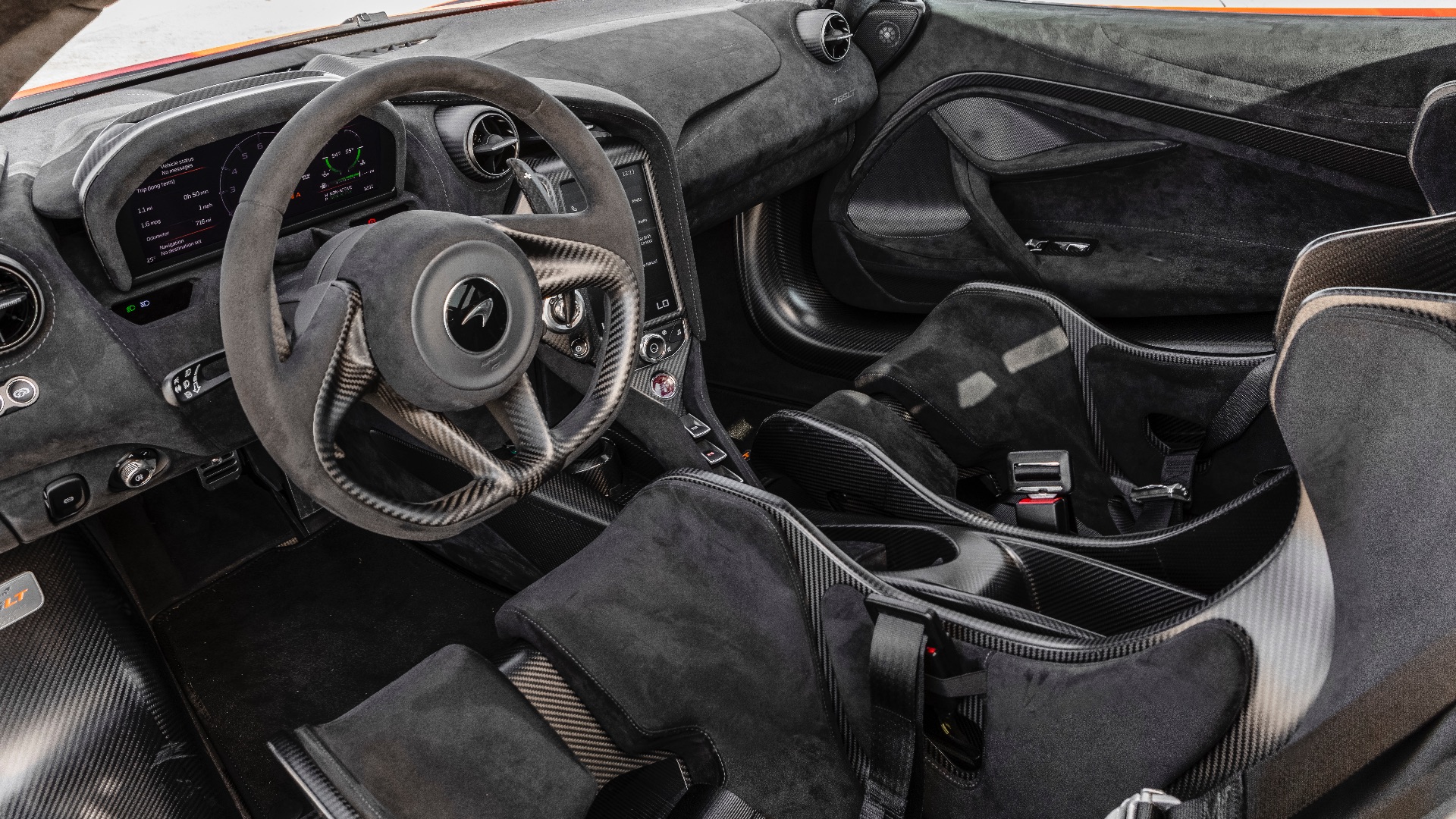 He’s not wrong. The 765LT outguns all but the most exotic hypercars – and I’d wager it’s quicker around a track, too.

Exiting the pitlane onto the fast-flowing International circuit, the V8 erupts with a stentorian roar. It sounds stark and purposeful, rather than rich and musical, but revs like a superbike, blamming through the shortened gear ratios with ruthless intensity.

This quad-exit titanium exhaust is 40 percent lighter than a stainless steel system.

Overall, the LT is 80kg lighter than a 720S. pic.twitter.com/dTLeayMoQl

If anything, how the LT stops impresses more then how it goes. Huge six-piston front calipers – also pilfered from the McLaren Senna – are one of the few areas where engineers actually added weight. Clamping carbon-ceramic discs, they offer tireless braking from three-figure speeds, lap after lap.

Factor in gooey Pirelli Trofeo R tyres (short-lived on the road, limpet-like on a track) and the G-forces are immense. I’m quietly thankful for that neck brace. 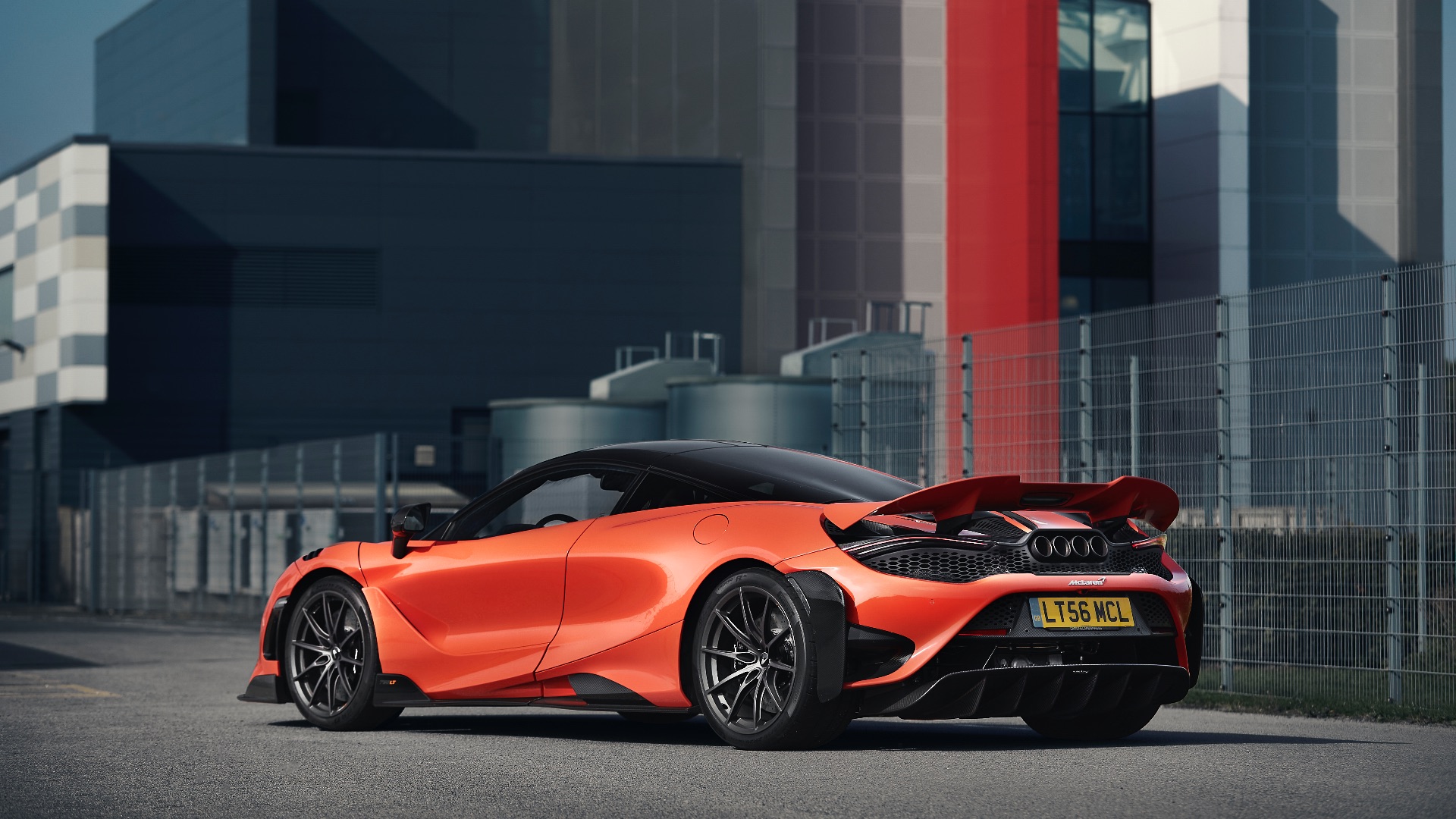 This isn’t a hold-on-and-hope rollercoaster ride, though. The McLaren’s hydraulic steering overflows with tactility and its chassis is benign and forgiving. Oversteer is there if you want it, of course, but the 765LT rewards tidy lines and accurate inputs, not heavy-footed hooliganism.

My one reservation concerns the ride, which is impossible to assess on a smooth circuit. The zen-like body control of the 720S is largely what makes it so daily-usable. This, I suspect, will be more of a weekend toy.

The 765LT sees Woking flexing its muscles and playing to its strengths. What comes next will be very different: a new V6 hybrid platform designed to halve fleet CO2 emissions.

As Mike reminds me, though, McLaren pioneered performance hybrids with the P1 in 2012. Don’t bet against it raising the game again.

McLaren and Gulf Oil reunite on road and track

Speed limits could be raised through roadworks when it’s quiet

The top 25 traffic hot-spots are all cities, with a combined area spanning Accrington and Rossendale in Lancashire the worst non-urban area
Read more

From a vehicle with legs to a self-riding motorcycle, we reveal the cool car technology on display at the Consumer Electronics Show 2019
Read more

Welsh town has the highest percentage of older drivers

Llandrindod Wells, a small town in mid-Wales, has the highest percentage of drivers over the age of 70, a survey reveals.
Read more

Volvo V90: is this the best looking estate?

We've driven the new Volvo V90 in the UK and have a question: is it the tastiest looking estate car you can buy?
Read more