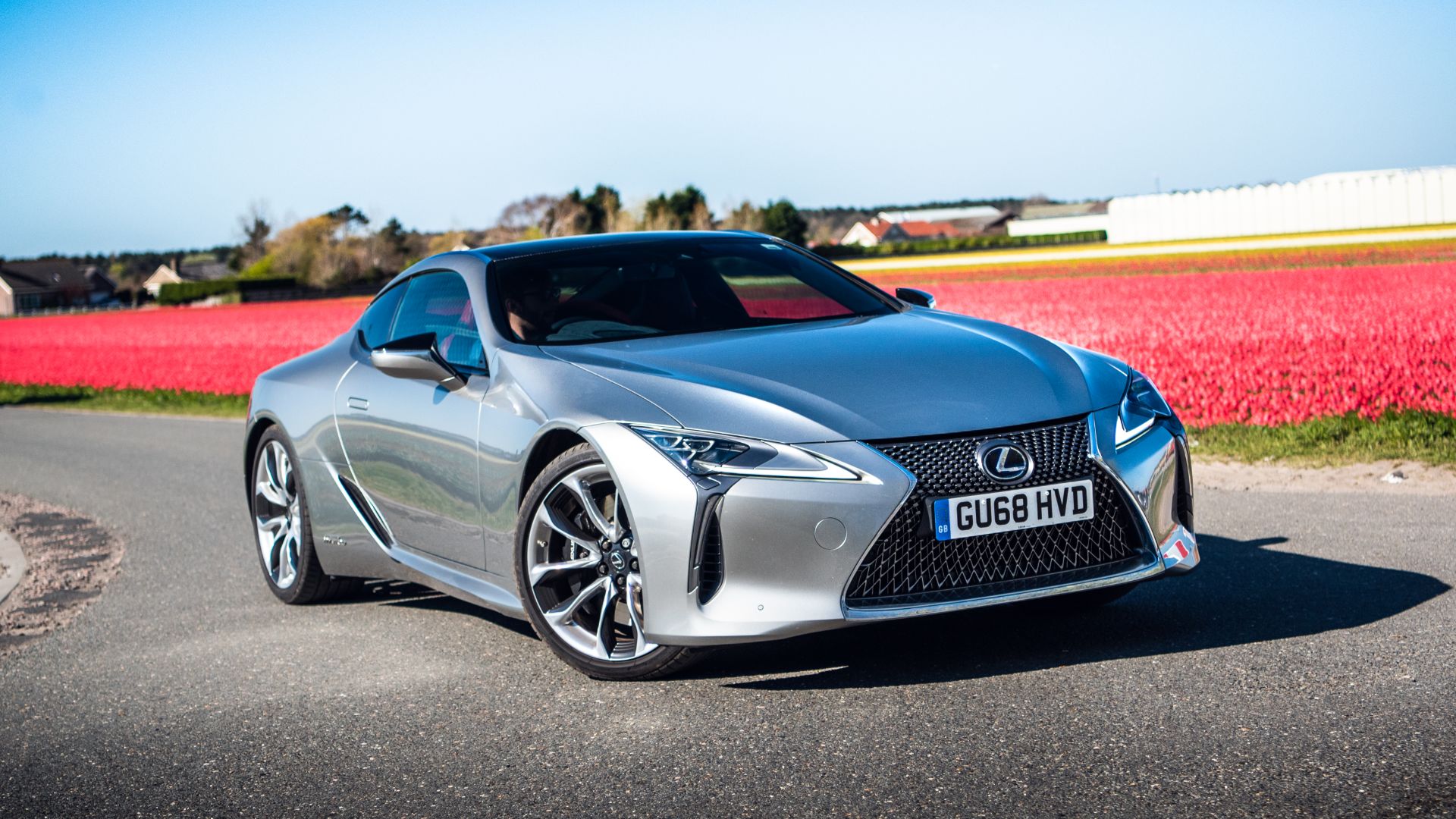 Lexus built its reputation on reliability. Its first car, the 1989 LS 400, looked instantly forgettable, yet took on the German car industry at the peak of its powers, offering build quality that was second-to-none.

The marque still majors on attention to detail today – as reliability surveys from Which? and JD Power repeatedly reveal – but well-made worthiness only gets you so far, particularly in the image-conscious premium sector.

Enter the LC. This flagship coupe takes on the Mercedes-Benz SL and Porsche 911, with styling inspired by the 2012 LFA supercar and 477hp V8 petrol or 359hp V6 hybrid power. 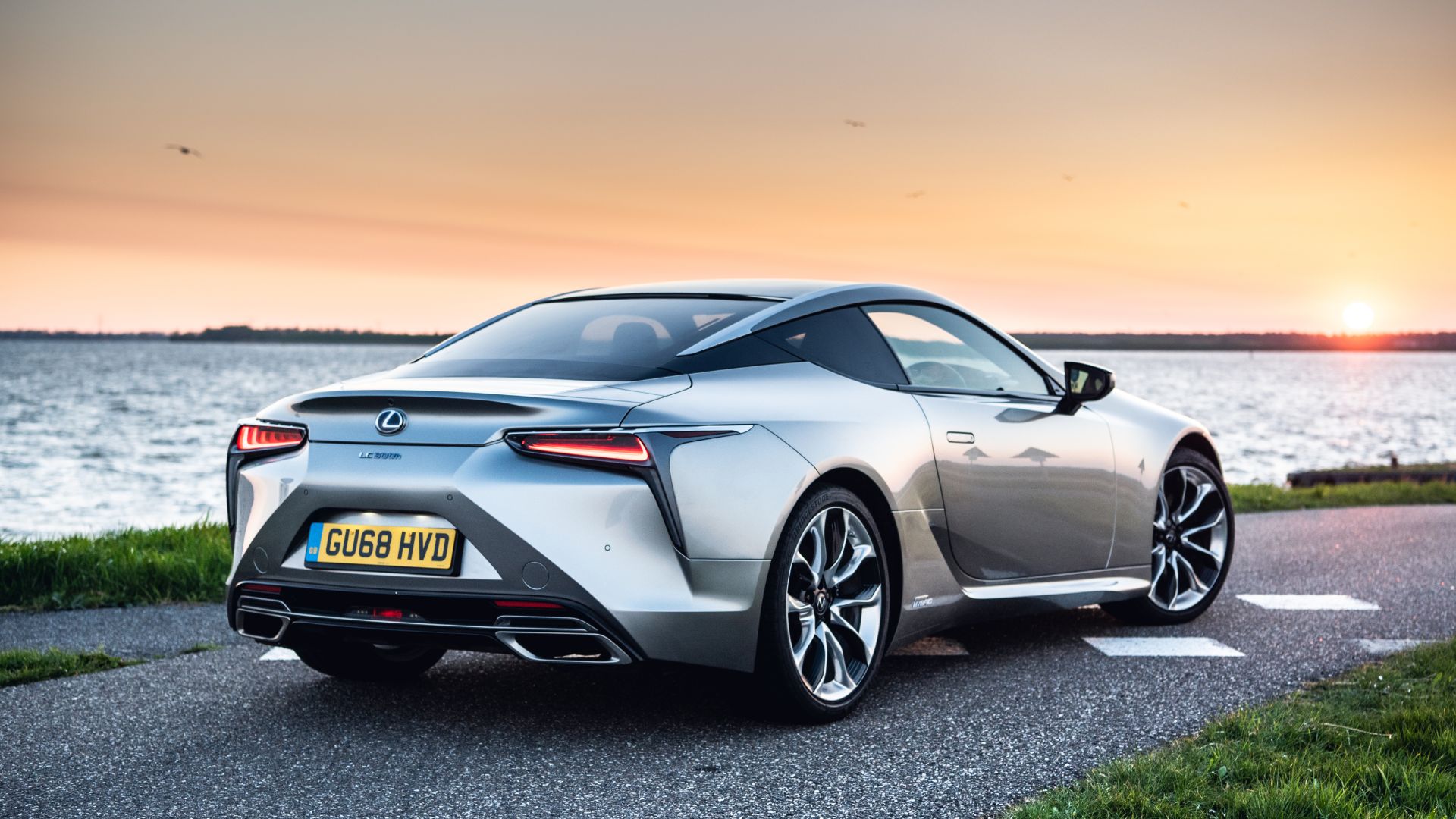 The 500h I’m driving today is the less exciting choice on paper, but it’s equally dramatic in the metal. Long, low and wide, with a prowling, predatory stance, it looks utterly unlike anything else.

In London, even a Lamborghini doesn’t turn this many heads.

It’s a compelling hero car for the brand: costs £86k, but looks about twice that. pic.twitter.com/JXxMsTvNlH

The LC’s interior is also very distinctive. You sit low, cocooned by a wraparound dashboard embellished with aluminium and Alcantara (man-made suede).

The instrument panel changes depending on which drive mode you select, from battery and fuel use in Eco to a giant red rev counter in Sport+.

The widescreen media system looks the part, but you have to contend with Lexus’ jerky touchpad controller. Trying to position the on-screen cursor while driving requires a degree of hand-eye coordination that only a 14-year-old Playstation addict can muster. 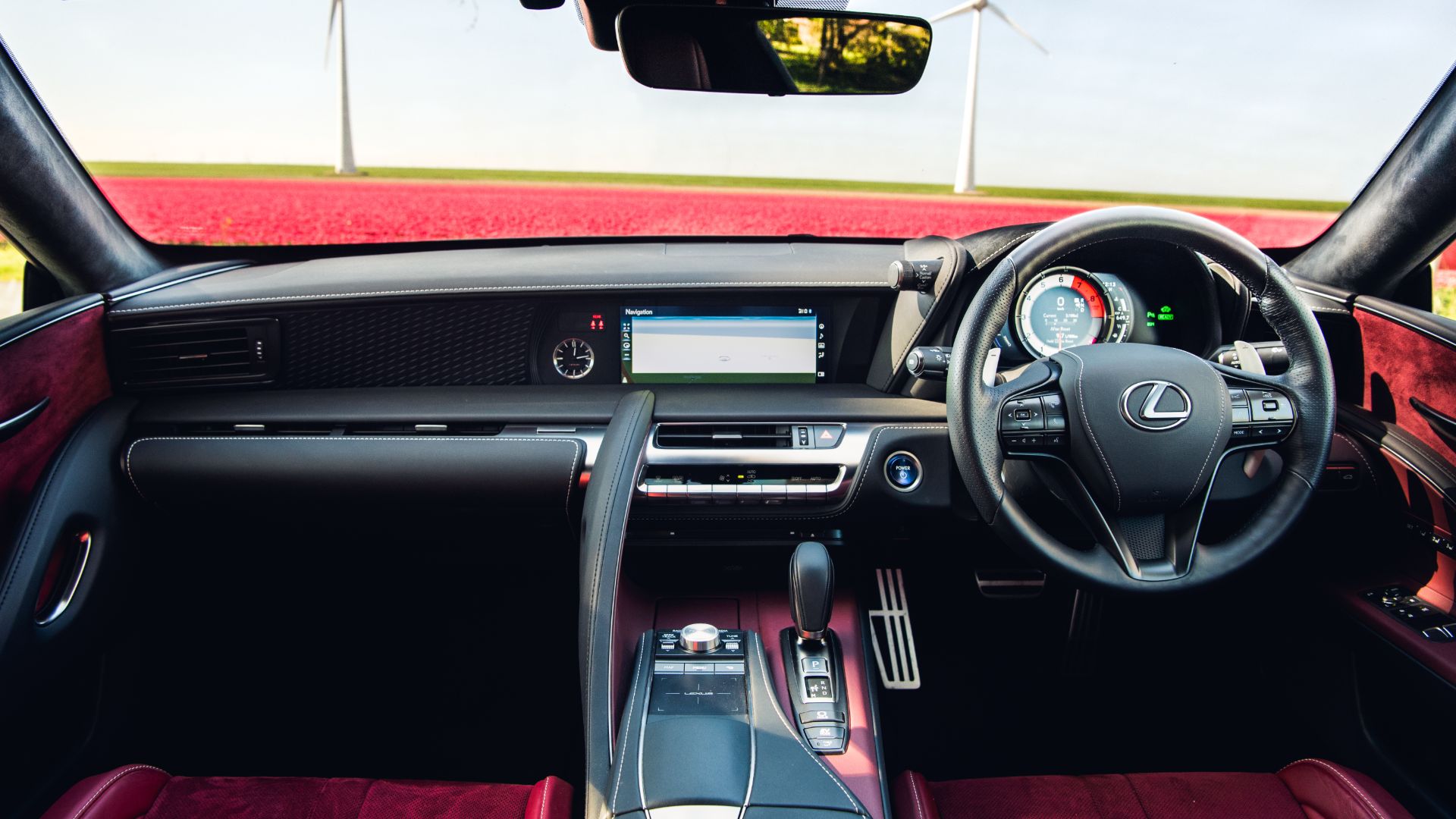 You can’t plug the LC 500h in to charge it. Essentially, it’s like a very powerful Toyota Prius, with a 3.5-litre petrol V6 backed up by batteries and an electric motor.

The interesting element here is the gearbox, which isn’t the standalone CVT (continuously variable transmission) fitted to most hybrids. Instead, Lexus has taken a CVT and bolted a four-speed ’box onto the back. The CVT creates three artificial ‘steps’ for the first three gears, plus the fourth is an overdrive – adding up to 10 ratios in all.

If all that sounds bewilderingly complicated, it works reasonably well on the road. The Multi-Stage Shift Device (to borrow Lexus jargon) feels, for the most part, like a conventional automatic, without the ‘rubber-band’ vagaries of a CVT.

The hybrid system is smooth and multi-talented, too, combining silent, electric-only running at low speeds with snarling V6 performance at high revs.

It isn’t the unfettered adrenaline rush of the V8, but you won’t need a second job to fund the fuel bills. 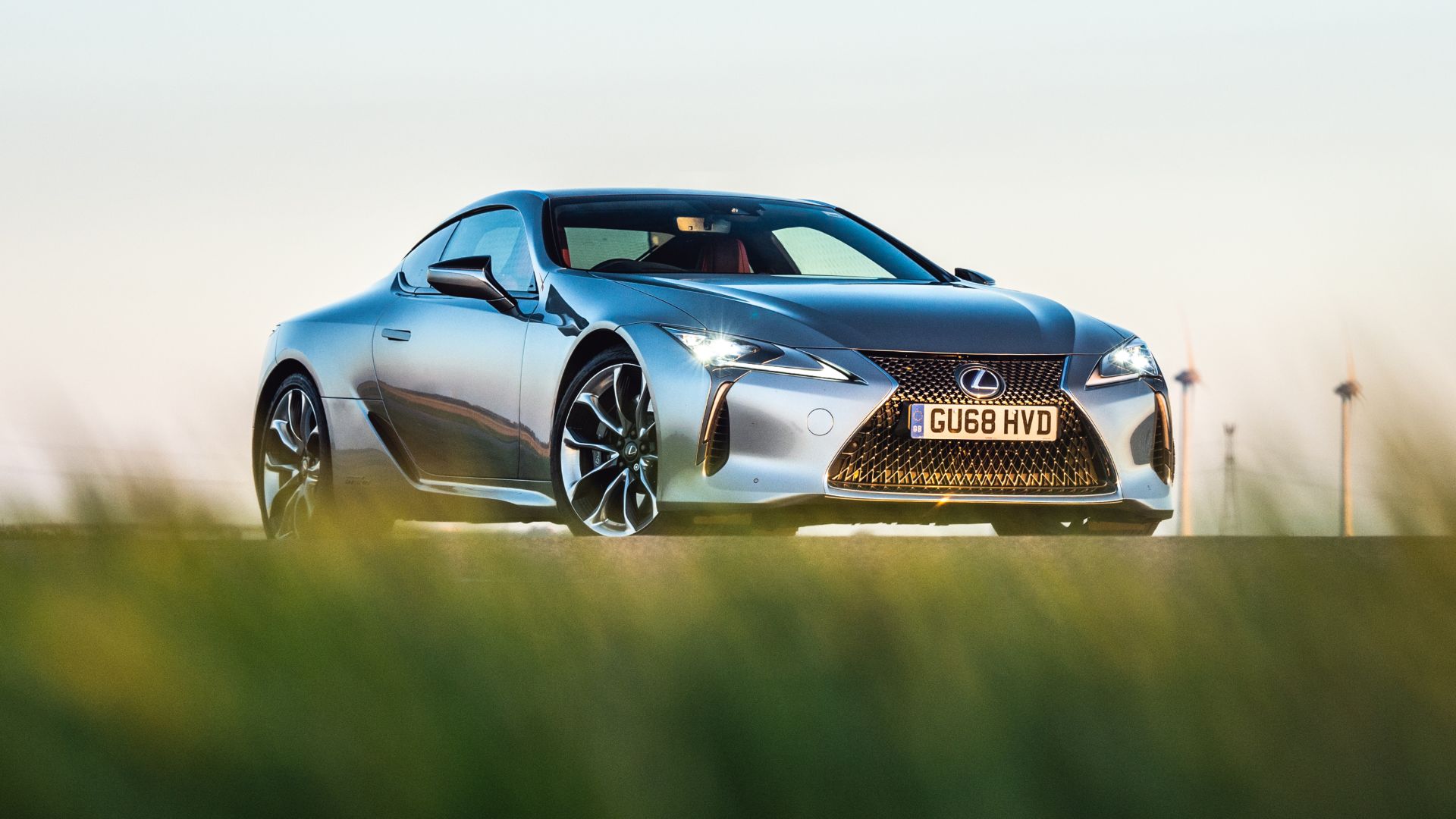 The LC 500h, then, is a car of contrasts, and that also applies to its handling. This isn’t the soft, wafty GT you might expect; it’s firm, focused and – with enough road space – surprisingly fun.

The steering is direct and the chassis feels balanced and sure-footed. It falls short of a 911 for dynamic finesse, but there’s decent driver feedback and ample cornering grip. The pay-off is a rather jittery and unyielding ride, not helped the sheer size of those alloys.

Lexus is still a young brand, but it has come a long way. As a ‘halo car’ for its bold future, the LC is a slam-dunk.

It isn’t perfect, and it won’t be for everyone, but this beguiling beast will make a select few owners very happy. Chances are it’ll be reliable, too. 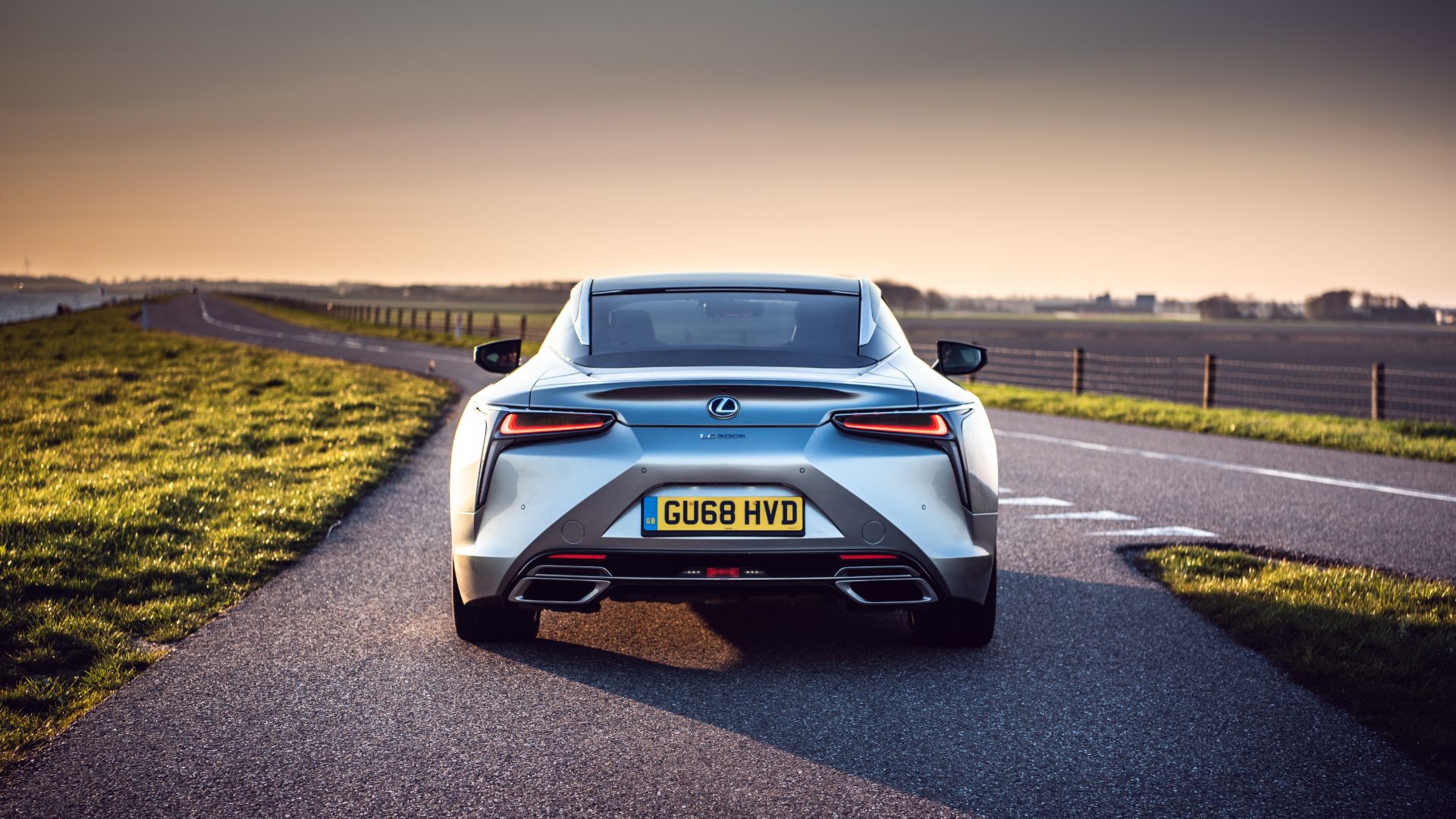 This Ford Mustang restomod was built for Patrick Dempsey