We drive the awe-inspiring new McLaren 720S: more drama than an F1 car, faster than you’d ever thought possible 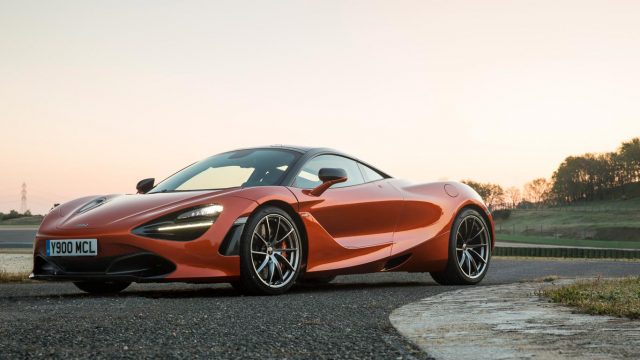 McLaren is on a roll. It reached 10,000 production cars late last year, and is now taking orders at the rate that would make Lamborghini envious. Its latest, the 720S, was announced at the Geneva Motor Show this March, the replacement for the 650S, which in turn was a development of the original MP4-12C from 2011. The 720S is, however, all-new. As you can see from the dramatic design. 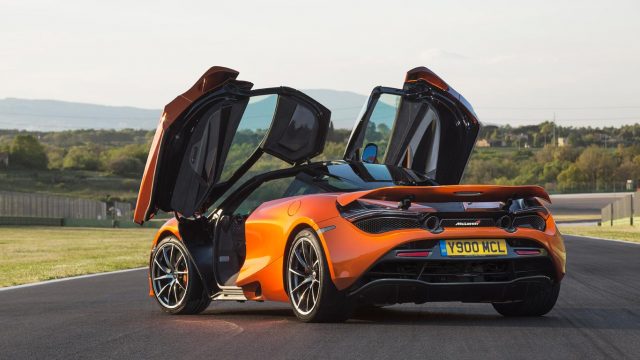 There’s so much to take in. The hidden air scoops, for example, pull the airflow from around the headlights to the front radiators, and in channels discreetly hidden below the side windows towards the engine compartment. The shape of the McLaren has been sculpted by air in the most dramatic manner.

The ‘Monocage’ composite chassis is all new, now extending over the roof and into the engine area. This provides even more stiffness and strength, as well as allowing for those sensational dihedral doors – which open in less space than those of the 650S and provide easier access to the seats. 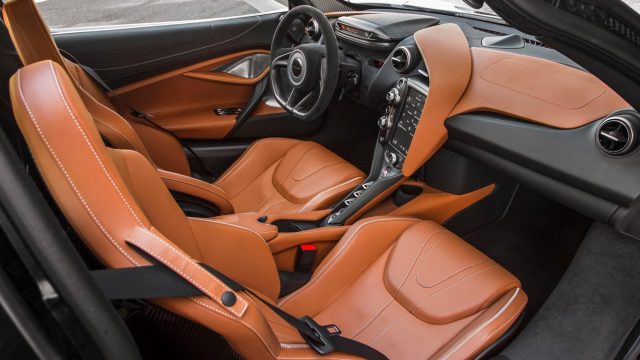 Another benefit of the new chassis is it allows more freedom in the design. You can specify windows in the roof, for example, and very thin carbon fibre pillars are used to give a panoramic view that’s unprecedented in a supercar.

That’s great for city driving, with the low-set facia adding to the brilliant view of the road ahead. It can all feel a bit exposed and unnerving at first, but the ability to accurate place the McLaren in traffic is a welcome bonus. 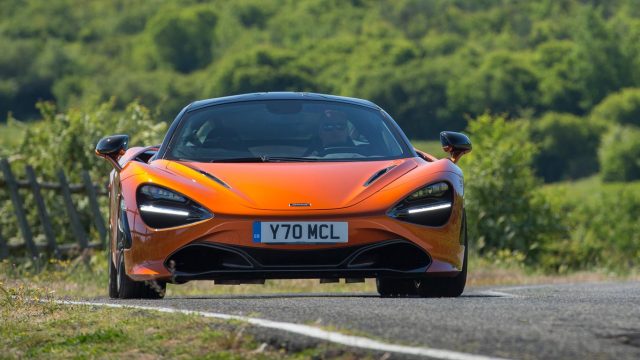 The level of luxury and quality has taken a step up in the 720S. Seats are leather or Alcantara, the knobs and switches are bespoke aluminium, and there’s very little plastic to be seen.

There’s a great 12-speaker stereo system, too. However, if you want to aim for lightness, McLaren offers a stripped-out four-speaker system that it says offers a perfect blend between weight and performance. McLaren is deadly serious about weight. One engineer revised all the hydraulic pipework to reduce the weight of the fluid in the system by just 1.24kg. 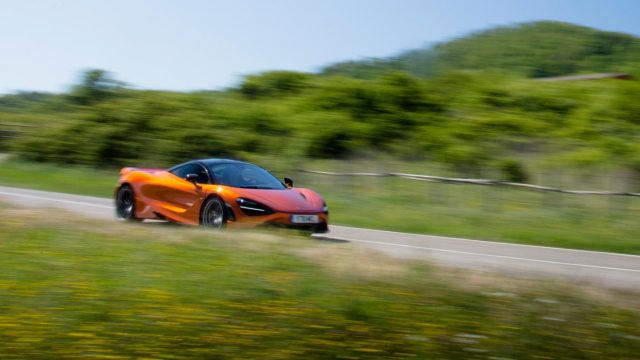 Yet the numbers can never convey the astounding sensation of sitting inside this McLaren with the throttle fully open. Yes, obviously you are thrust back into the seat, but very rarely quite like this. The automatic gear changes fly by and, although there is a paddle shift, it can be hard to keep up with the action if you change gears manually.

The optional sports exhaust is a must-have. It’s not too noisy, but it adds a sense of purpose to the soundtrack. 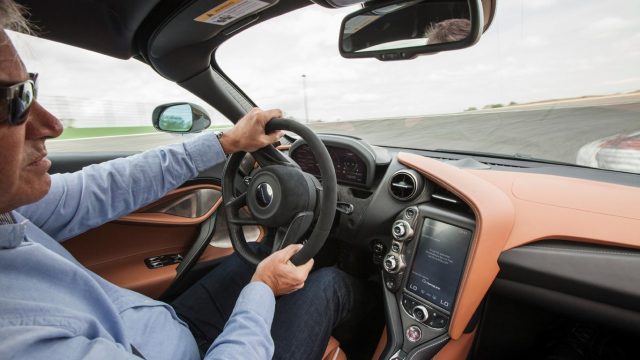 The suspension is as advanced as the rest of the McLaren. It’s a whole 16kg lighter than that of the 650S, yet is festooned with more sensors than ever to feed back data to the central control unit, which then adapts the dampers to ever-changing conditions. The result is a supercar that rides like a comfortable saloon when it needs to, but handles like a race car when you set it to track mode.

On the Vallelunga race track near Rome, the 720S would readily reach 150mph on the straights before slicing though the curves at wholly improbable speeds. Its poise and balance are simply exceptional, so too is the accuracy of the steering and the power of the brakes. Alcantara on the steering wheel usefully absorbs the perspiration of fear from your hands. 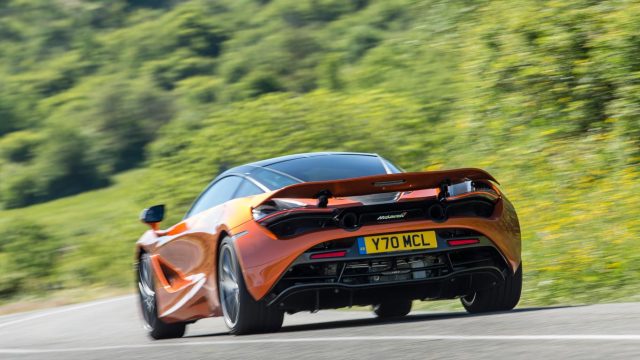 ‘Variable drift control’ is a new feature. Instead of switching the stability control simply on or off, the new system gives a seven-stage adjustment to how far the tail will come out on corners before the stability control is activated. It’s an effective tool, although any tyre smoking images you see are all taken with those systems fully disengaged. 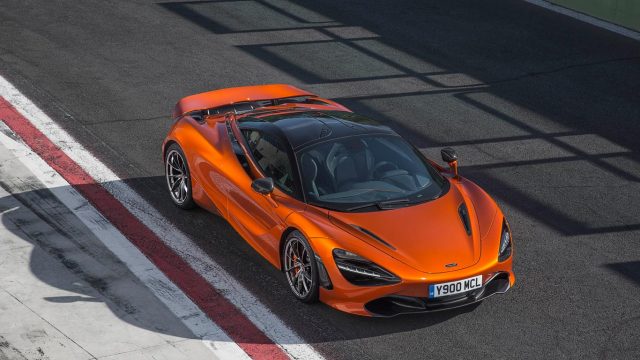 So it’s a remarkable car, the McLaren 720S, even in the rarefied world of supercars. It so very fast, with such an able chassis that you’re convinced that it can’t be far short of a Le Mans racer on a track. Yet on the road you just need to set everything to ‘Comfort’ and it’s (relatively) easy to drive and live with. Factor in all that dramatic design, and it’s easy to see why McLaren has risen from nowhere to supercar giant in just six years.

The 720S starts at £208,000, with the Performance and Luxury models starting at £10k more. You’ll want options, though, and there is a book-full to choose from. Our white test car came in at closer to £280,000, nearly £50k of that down to exposed carbon fibre panelling and other bodywork addenda.

Petersen Automotive Museum sale will see the winning bidder able to purchase one of the 1,350 examples of the Ford GT
Read more

Revealed: cars that generated the most service work in 2019

IAM Roadsmart is calling for a discussion on how older drivers can safe on the road. Discouragement from driving, shouldn't be included, it says
Read more

City drivers could save £1,500 a year by joining a car club

Drivers in urban areas could save £1,500 a year by giving up their car for membership of a car club. If they drive four hours or less a week, that is.
Read more