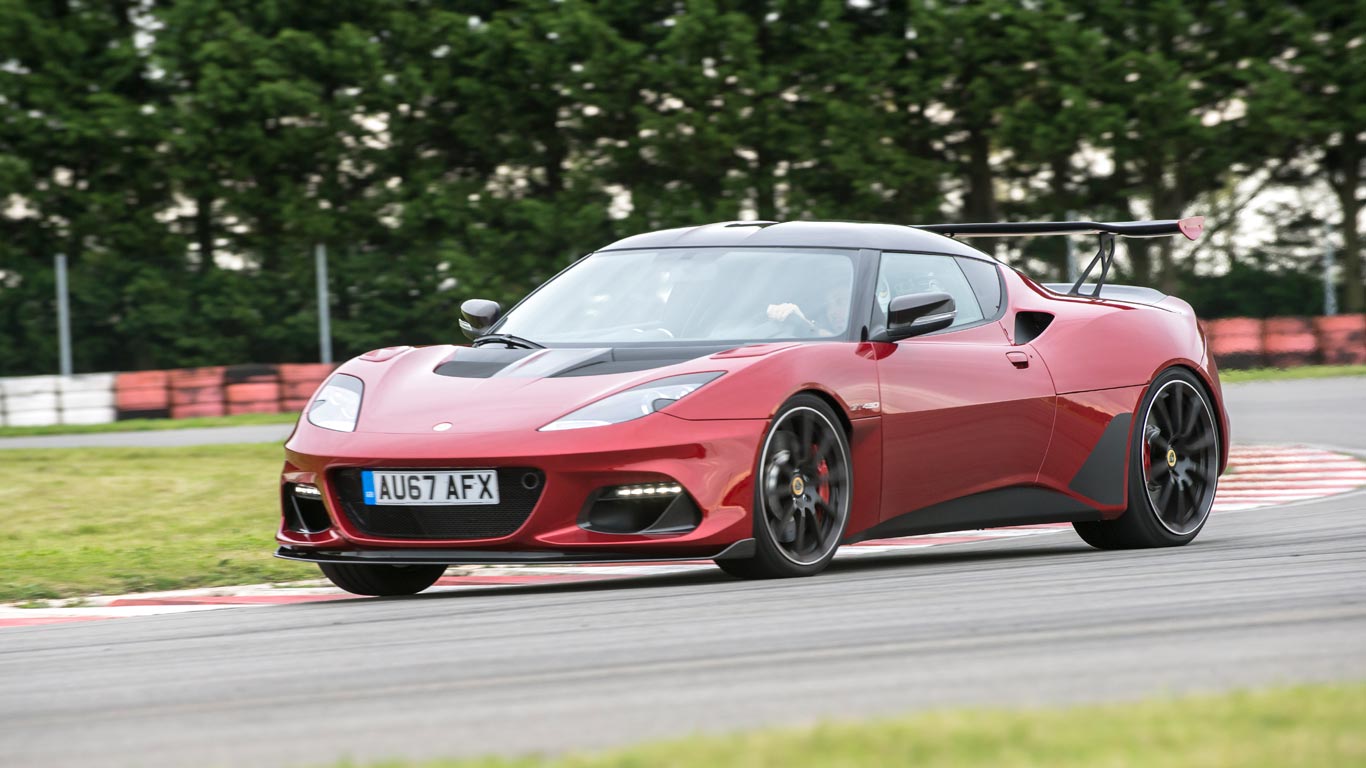 It’s the noise from the titanium exhaust that does it. Race-bred, it sounds quivering enough inside the Lotus GT430, but trackside at the Lotus Hethel test circuit, it sends a cold shiver down your spine.

The new GT430, in its full-on wing-and-splitter guise, is one of the most rewarding cars you’ll find for a track day. Immensely fast – 0-62mph in 3.8 seconds, and a touch quicker with the auto ’box, plus less than eight seconds to 100mph) – there is so much grip, braking power and balance that you’ll feel like a champion as you scythe around a circuit at simply astonishing speeds.

Somehow Lotus has squeezed even more from the Evora’s 3.5-litre Toyota V6, gaining a further 20hp to reach 430hp. In today’s terms, a horsepower-to-engine-capacity ratio of 122hp/litre isn’t anything to shout about – Audi gets 155hp/litre from its RS5 – but the Lotus feels genuinely supercar fast, with an old-school power delivery to make you smile.

The GT430 is more than a mere upgrade of the Evora 410. This is the GT4 Evora race car in road trim. That means lots of aero, lightweight adjustable dampers and extensive carbon-fibre weight saving. You can also choose the GT430 in Sport guise, basically a more road-friendly version without the rear wing and front splitter, plus more comfortable Sparco seats. Without the big rear spoiler it’s faster, too – 196mph versus 190mph.

You won’t be surprised to hear that the driver can select various stability control settings. More unusual is the adjustable traction control, with six pre-set levels including ‘off’. Then the 10kg lighter Ohlins dampers have a 20-click adjustment that you can do at home, folks! That’s great for playing around trackside, although in the GT430 Sport’s recommended settings for road use, the ride still felt very firm at lower speeds.

This is the first time a road-going Lotus has been sold for more than £100k, so you have a right to expect something a bit special. The development work is subtle, but very valuable.

Ignoring the obvious rear wing for a moment, the aerodynamics have been modified via extra vents and a new design of front wheelarch that reduces turbulence alongside the car. There are also two big orifices behind the rear wheels, which allow air to escape more easily – and thus reduce lift.

The GT430 gets more carbon fibre than ever, some of it exposed so that onlookers can see what you’ve bought into. The weight saving over the Evora 400 is 106kg for the road version (and 36kg over the Evora 410), although the wing and splitter on the GT430 reduce that by 10kg. 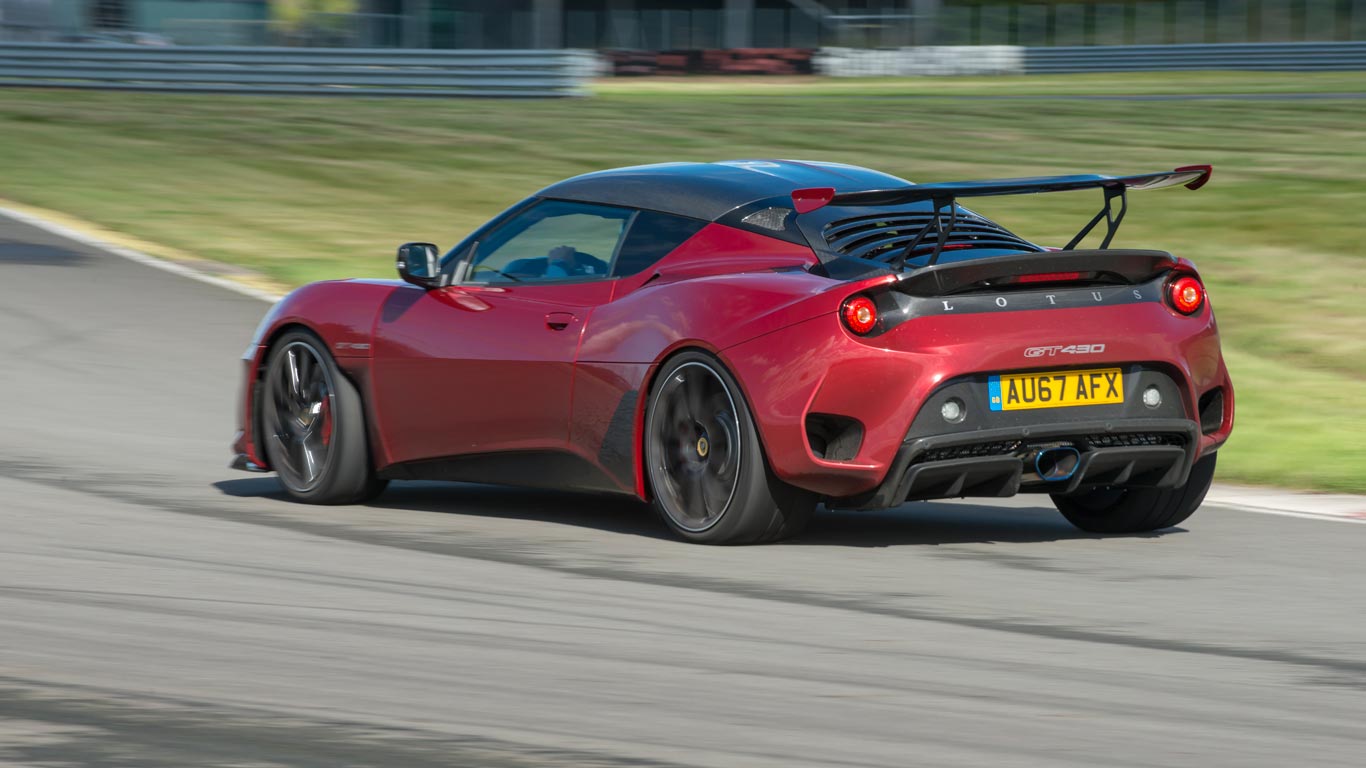 More than most of the cars Lotus makes, this Evora is designed to be at home on both road and track. The company will build 60 of each type for the world, excluding the US, which gets its own allocation soon. Yet despite the Sport having a road bias, and the Winged One more of a track focus, you won’t be surprised to know that the new Evora excels in just one area: on-track.

Here, it is simply sublime. Jean-Marc Gales, Lotus’ incredibly enthusiastic CEO, reckons there are areas of the test track that simply require “a slight lift of the throttle” to negotiate before replanting your right foot hard down.

He may be right, and the thing is, it’s really rather fun trying, even when you initially feel this will be way out of your league. The level of grip from the Michelin Pilot Sport Cup 2 tyres (295/30 R20 at the rear, 245/35 R19 at the front) is immense. Combine that with the downforce from the wing and front splitter, and even the Lotus test drivers have difficulty losing traction. 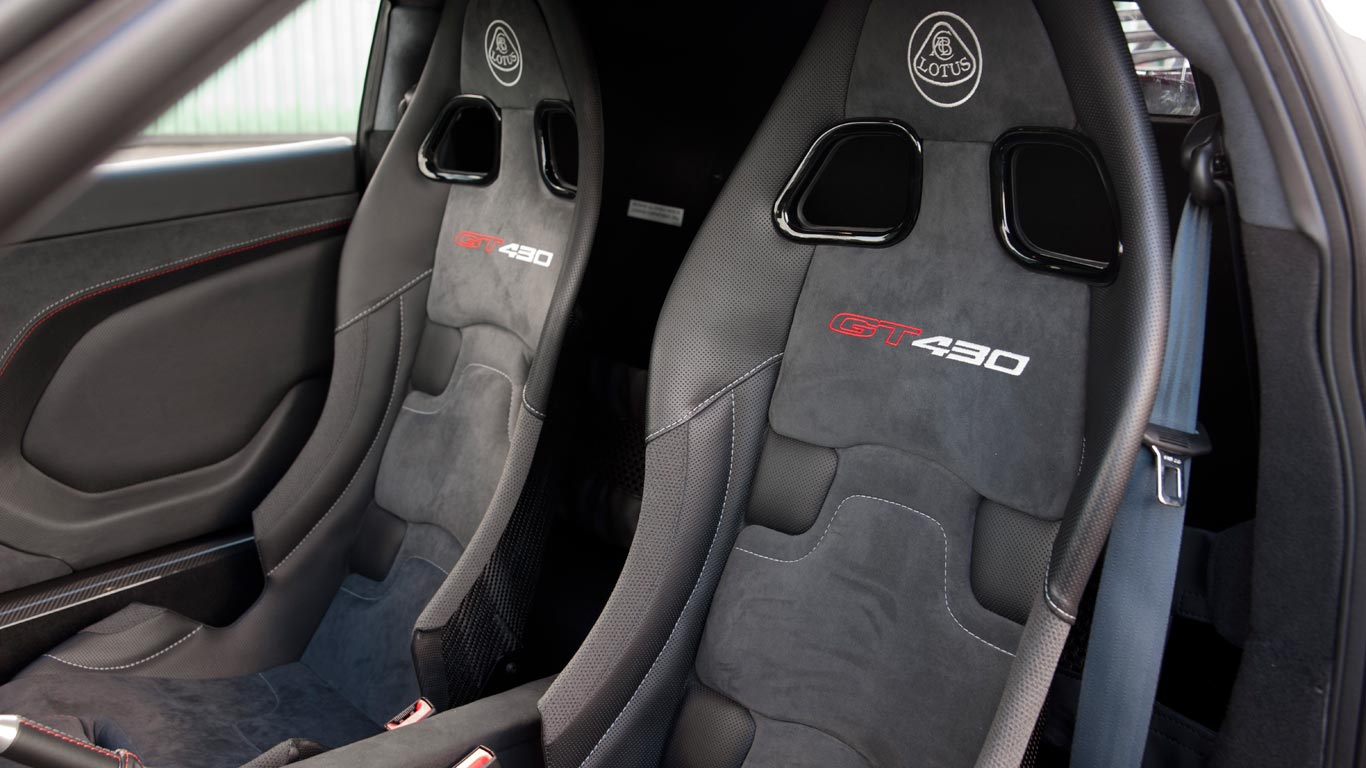 That doesn’t mean it’s all grip and no fun, though. The tyres will squeal, the chassis will get twitchy in Race mode, and you will crash if you don’t concentrate. Yet this is a supremely straightforward car to drive quickly.

The steering, brakes and gearchange complement each other brilliantly. The flywheel must be incredibly light, for the engine gains revs instantly for fast downchanges at tight corners, which is just what’s needed when you are so hard on the brakes and aiming at a corner. You really need a gearchange that’s going to work perfectly every time.

The race seats are minimalistic, but your quickly forget the lack of padding and value the support that locks you in place on high G corners. So powerful are the brakes that you’ll slip forward in the belts unless you have locked them out. 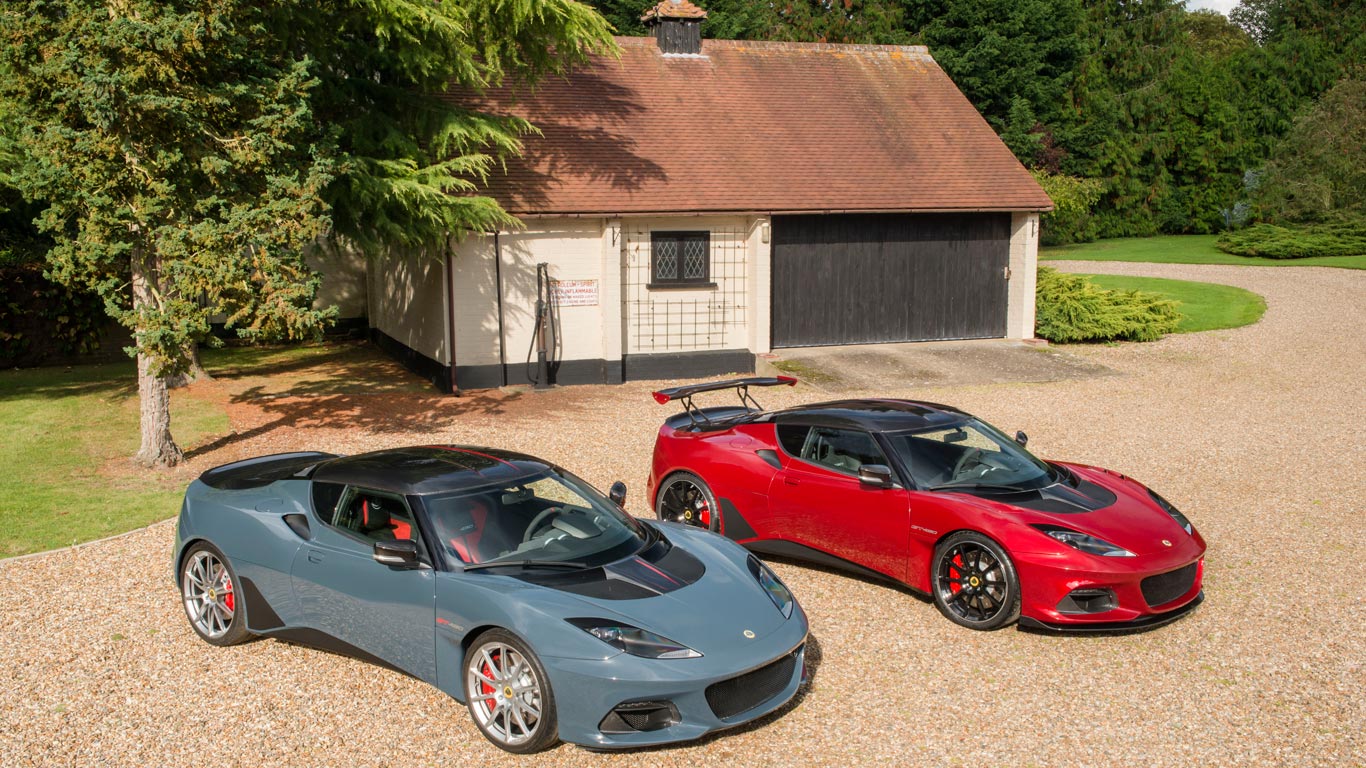 You might cynically think that this is a Lotus marketing ploy: bringing out another ‘new’ car with a just a few more horsepower. And it is hard to see the real value of the £104,500 GT430 Sport over the £74,100 Evora 400 as a full-time road car. The 400 is so accomplished in its own right that it seems like an awful lot extra to pay for a bit more performance and a harder ride in the Sport.

The winged Evora GT430 is much more than that, for in the right environment it is a truly thrilling, utterly rewarding drive. For me it’s even preferable to a McLaren 720S as a track car, because I’ll never have the skill or ability to get near the edge of the McLaren’s performance envelope. With the Lotus, I feel I just might. And that’s a nice feeling. 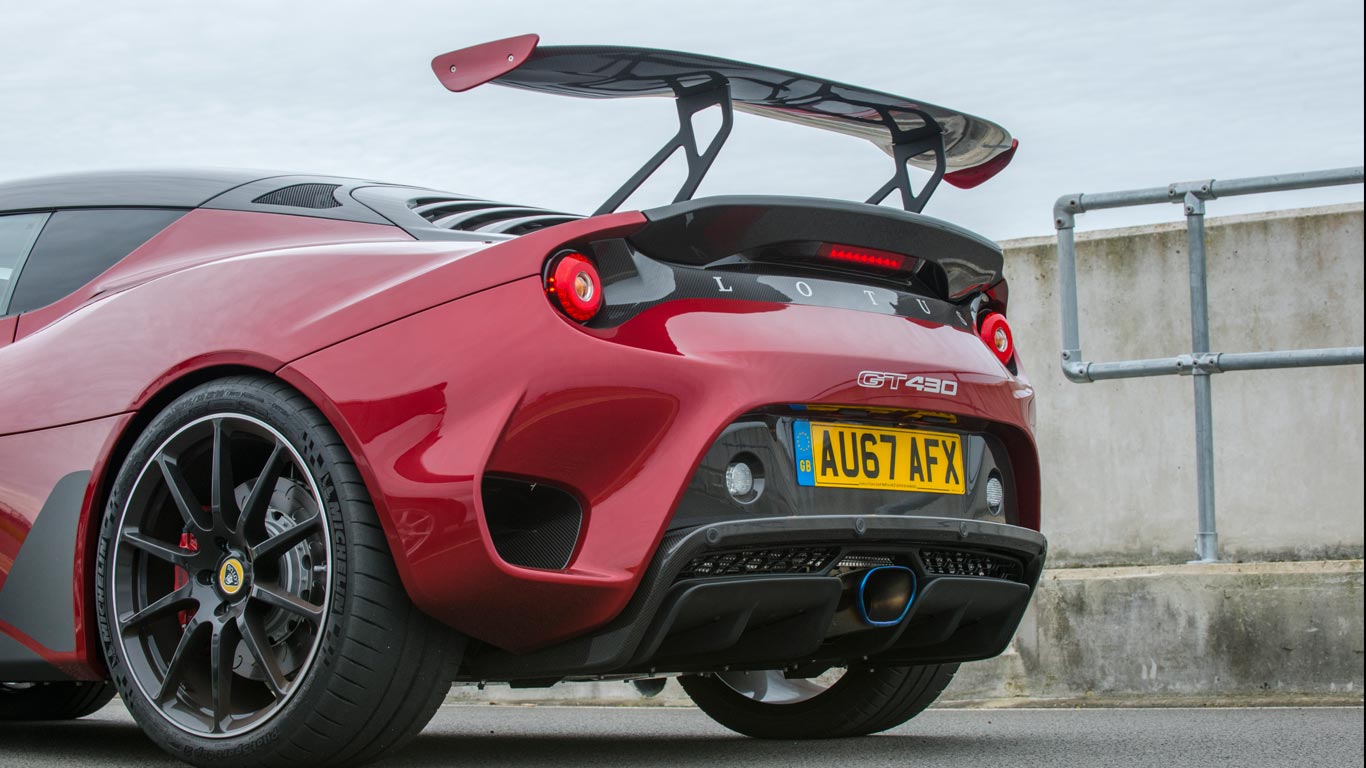