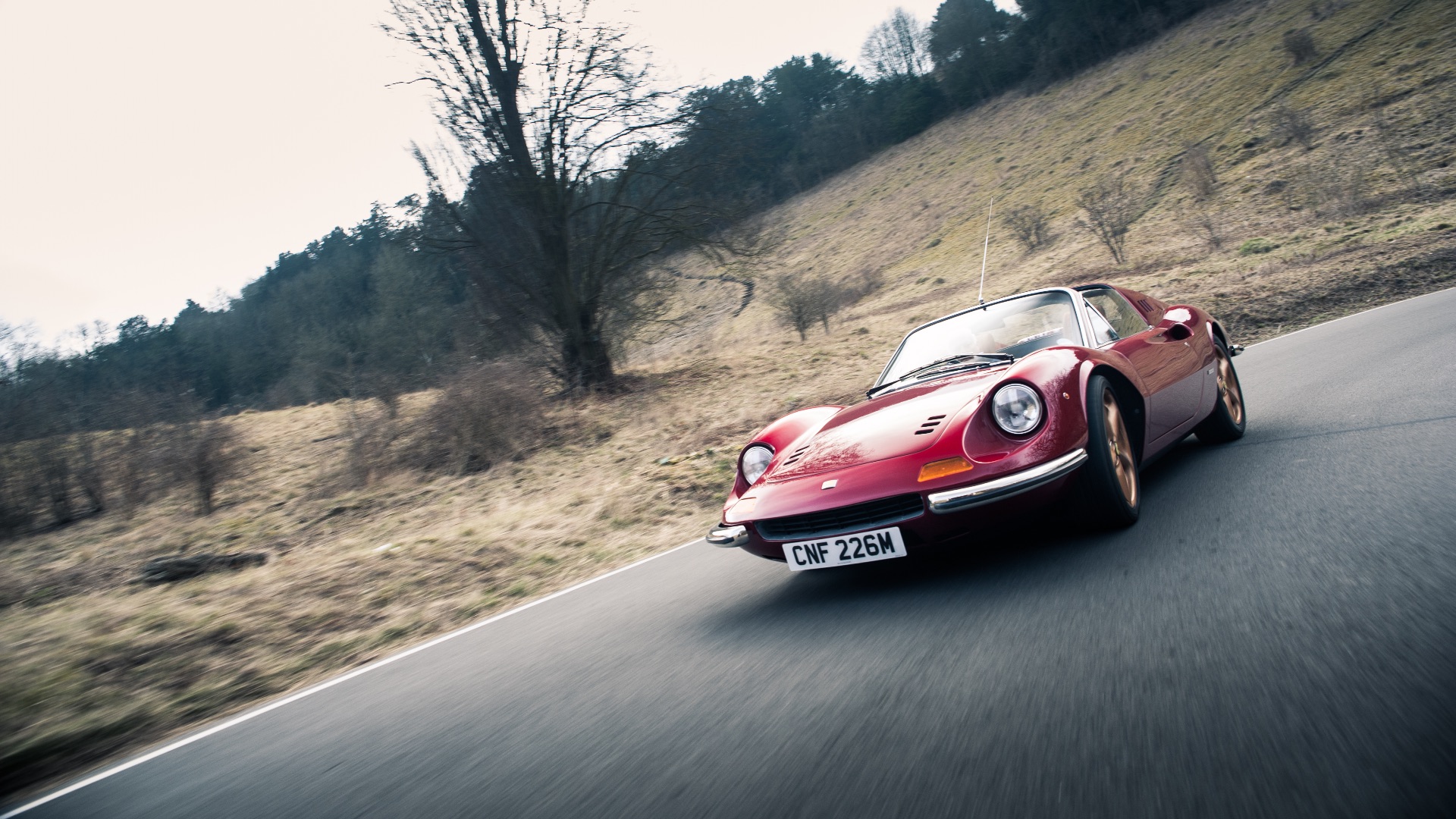 Ferraris are works of automotive art, says conventional wisdom; modifying one is like daubing Dulux on the Sistine Chapel. Not that Kevin O’Rourke seems concerned. His Ferrari Dino ‘Evo’ was among the star cars at London Concours last summer, while another Dino built by his company, Mototechnique – the 400hp, F40-engined ‘Monza’ – earned a thumbs-up from Jay Leno and made the cover of Octane magazine. Is nothing sacred?

Launched in 1968, the Dino was named after Enzo Ferrari’s beloved son, Alfredo (known as ‘Alfredino’), who died of muscular dystrophy aged 24. It was Maranello’s first mid-engined road car, although it never wore the prancing horse badge (many owners added them subsequently). It was also the first ‘junior’ Ferrari, a since-unbroken bloodline that leads to the new F8 Tributo.

The original Dino 206 GT had a 2.0-litre 180hp V6, swiftly upgraded to 2.4 litres and 195hp in the 246 GT. The Evo, as you’d expect, packs a somewhat bigger punch. Its 3.2-litre V8 hails from a Ferrari 328 and uses Bosch electronic fuel injection from an F355, along with uprated driveshafts and a hydraulic clutch conversion. The result is 300hp and vastly improved reliability. “I’ve driven the car to Austria for skiing holidays and competed in three European road rallies,” confirms Kevin. 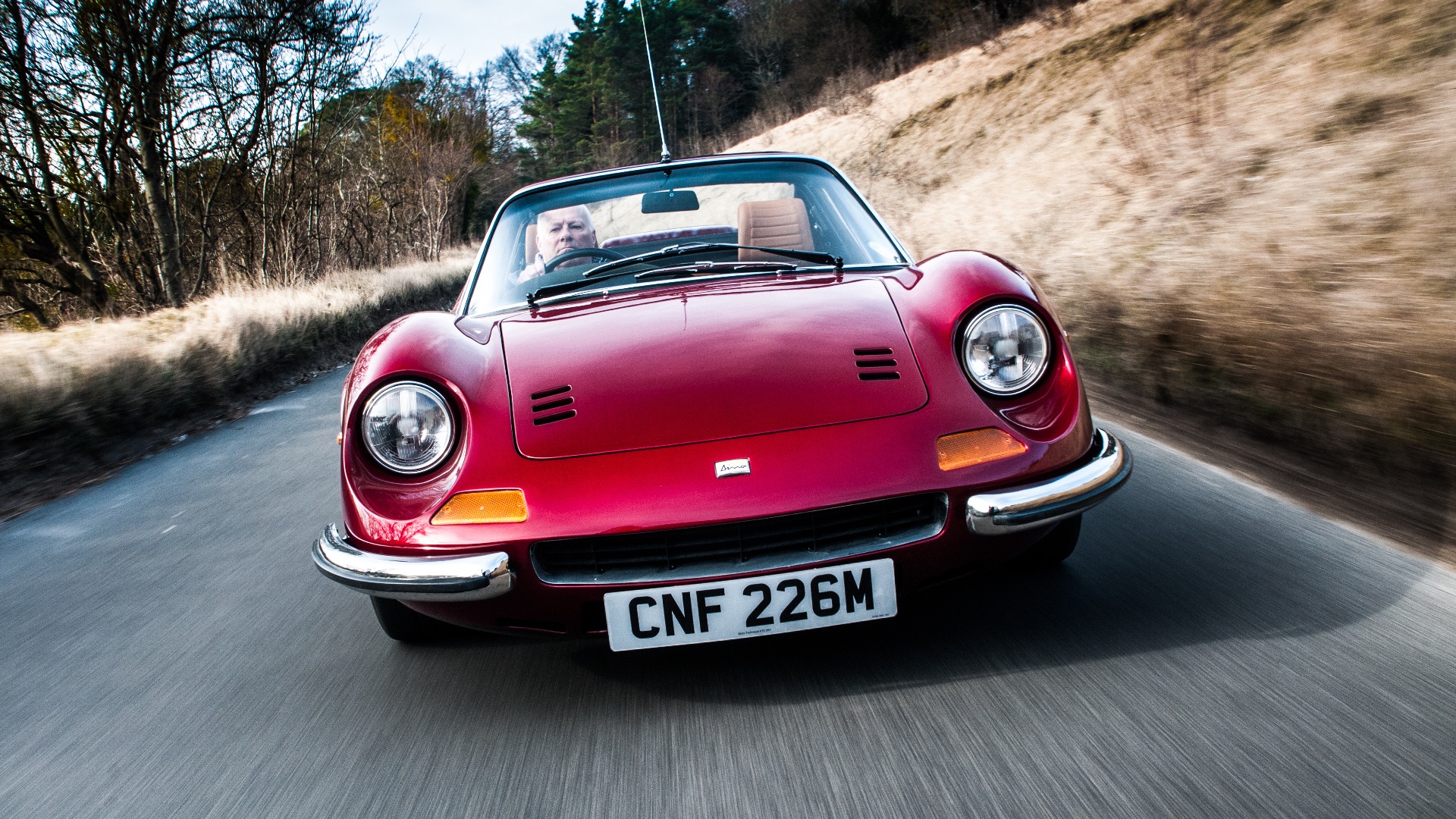 The Dino’s voluptuous lines remain intact, and rightly so. The only additions are a roll cage to boost rigidity, a bespoke ‘Evo’ badge in the same angular script as Dino’s signature, plus a set of gold Ferrari 360 alloys – needed to accommodate the 360 brake discs and calipers. “Most people don’t like the wheels,” Kevin admits. The paint is a lustrous candy-flip, created by layering dark metallic red over a silver base.

I tug a delicate chrome latch and open the dainty door. The Dino’s cabin is snug and driver-focused, with simple white-on-black Veglia gauges, an evocative open-gate manual gearbox and a dashboard swathed in race car-style flock by O’Rourke Coachtrimmers, owned by Kevin’s son. Concessions to comfort aren’t immediately obvious, but include power steering (which can be dialled-down for track days) air conditioning and a power socket for a mobile phone.

The engine fires with a brusque bark and I ease gingerly into west London traffic. The pedals are skewed towards the centre and the gear lever needs a firm hand, but the Dino’s manners are reassuringly refined. It idles steadily and pulls strongly from low revs, allowing me to short-shift from first to third, while the brakes feel powerful and progressive. Ride quality, on fully adjustable suspension with Koni dampers, is firm without being brittle. Thankfully, the electric power steering still belongs to the old-school: it jostles with incessant feedback. 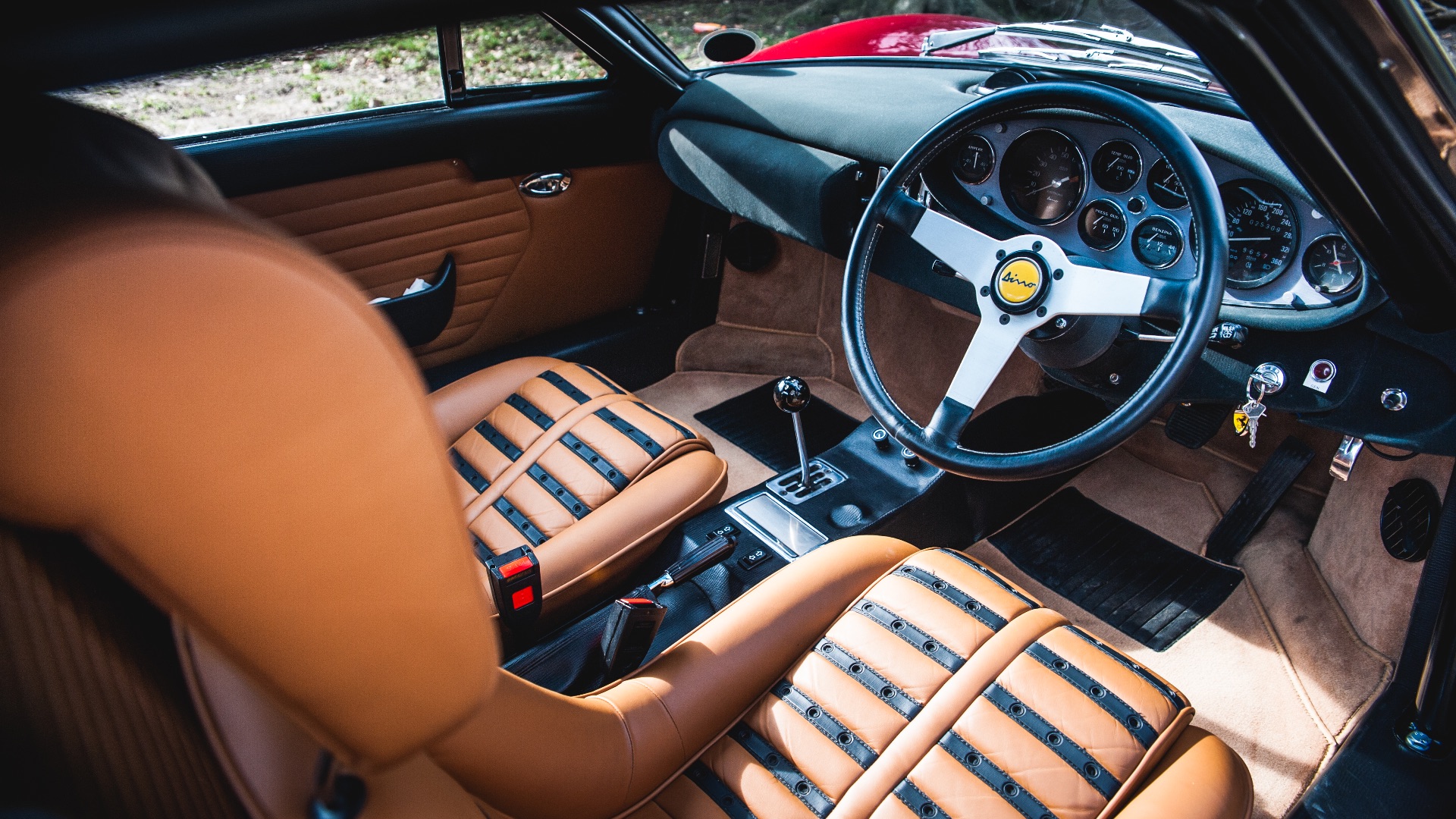 I follow the old A3 through Esher and finally arrive at some open roads. With the lift-out Spyder roof removed, the V8 sounds magnificent. It’s multi-layered and richly mechanical, gurgles and gasps of induction augmented by zingy rasps from the exhausts. The Evo is quick enough to worry hot hatchbacks, but it’s more about sensation than raw speed. You drive it via the seat of your pants, measuring your inputs and feeling it react to road. It amplifies where most modern cars smother.

I finish the day with a tour of Mototechnique in West Molesey. Alongside numerous Ferraris, a Lamborghini Miura and a rare Porsche 356, I watch as aluminium panels are hand-beaten and a carbon fibre clamshell for an F40 is moulded from scratch. The contrast of old artistry and new technology is fascinating.

Kevin concedes that demand for modified Dinos will be limited, particularly given the £250,000 cost of a donor car. However, his latest project – tucked in the corner of the workshop – starts from around a fifth of the price. The 400hp 308 GTB Evo is, for now, a work in progress. But I can’t wait to see the finished result.