Sweden beats Germany – and Japan – to the Japanese COTY gong 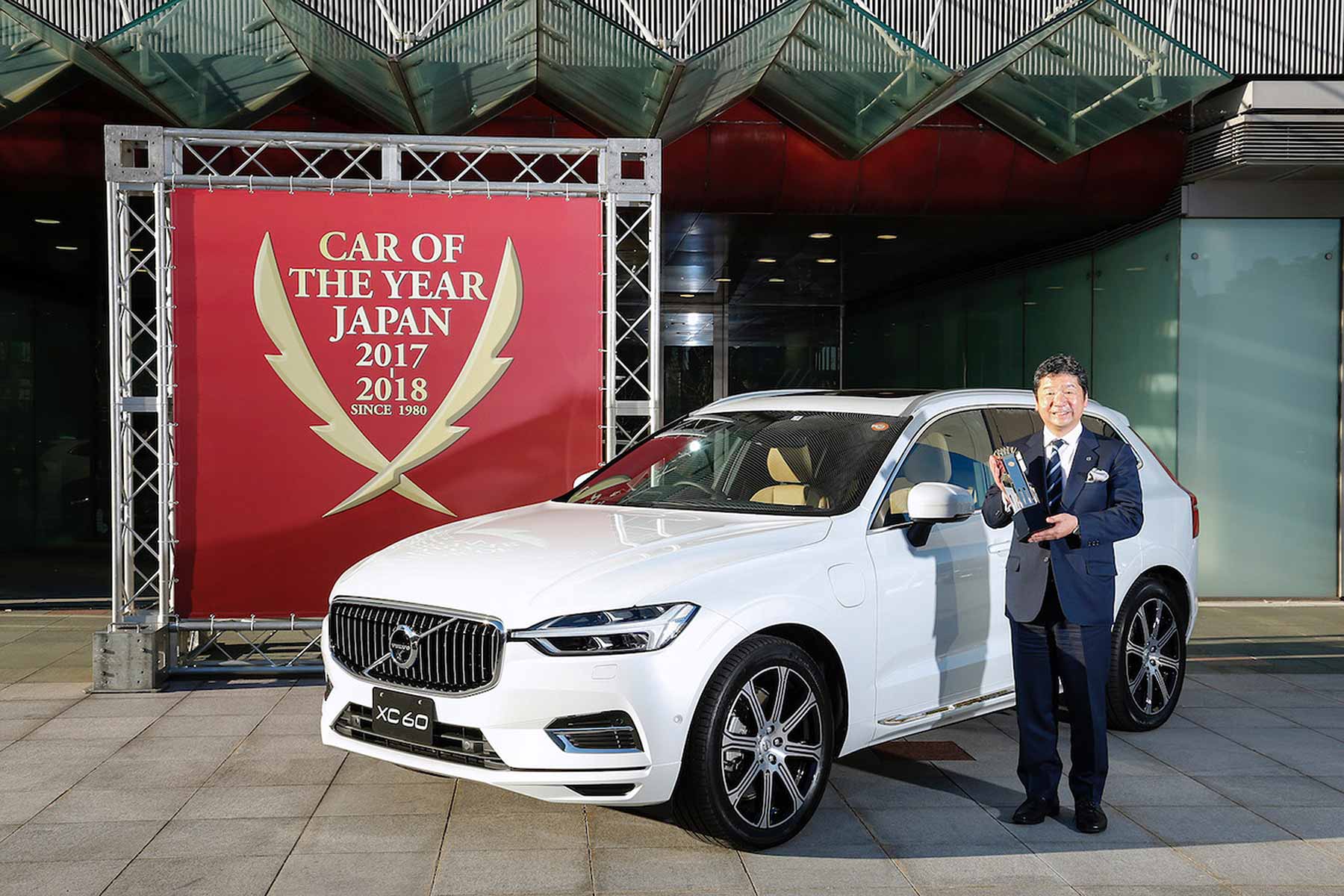 Volvo has triumphed in a “nail-biting” vote-counting ceremony to take the 2018 Japan Car of the Year title. In doing so, it beat two very strong rivals: the BMW 5 Series and home favourite the Toyota Camry (which Motoring Research drove recently in LA).

As the scores from the 60 Car of the Year jurors were tallied in front of a 200-strong audience, the lead actually changed three times. In the end, Volvo triumphed with a 294-point score, 52 ahead of the BMW and 62 in front of the Toyota.

It’s the first time in the 38-year history of Japan Car of the Year that a Volvo has won. Volvo Japan’s CEO Takayuki Kimura was suitably honoured. “To be honest, I would have been happy with the Import Car of the Year.

“But to come away with the overall Japan Car of the Year is totally unexpected and sincerely humbling.”

The Volvo XC60 is also in the running for the 2018 World Car Awards, which will be presented at the New York International Auto Show in April 2018.

Other winners of Japan COTY 2018 awards were the Toyota Prius PHEV for Best Innovation, the Lexus LC in the Emotional Award category, while the Toyota Prius took the Special Achievement Award for selling no fewer than 10 million hybrids in 20 years.

The jury also approved a second Special Achievement Award, to racing driver Takuma Sato, for becoming the first Japanese to win the Indy 500.

A new diesel engine makes the 2015 Evoque the most efficient Land Rover ever.
Read more

One Direction's customised VW Crafter tour bus, complete with a flat-screen TV and games consoles, is up for grabs with Classic Car Auctions.
Read more

Jaguar I-Pace is European Car of the Year 2019

‘Nowhere in Britain is more than six miles from a road’, says RAC

Putting the wrong fuel in a car affects around 150,000 motorists every year. Here's what to do if you put diesel in a petrol car or petrol in a diesel car.
Read more
Motoring ResearchWe Are Everything Motoring
Facebook
Instagram
Pinterest
Twitter
Youtube