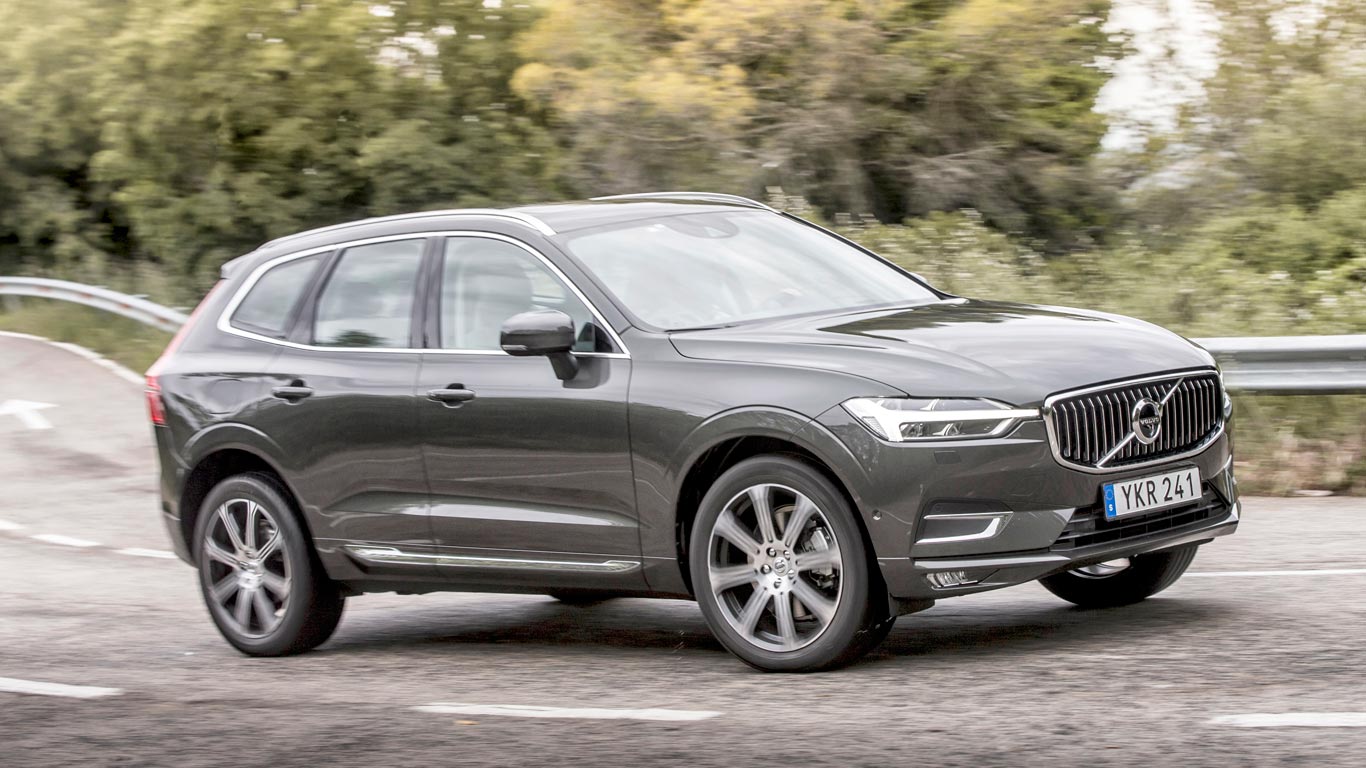 Volvo owners will be getting very excited about the new XC60. Thing is, will anyone else?

It’s a steady, sensible buy, a Volvo, bought by steady, sensible people. The big selling point has always been safety, although they are usually pretty comfortable, too. But are they desirable?

Well, lately, yes. The current XC90, Volvo’s largest SUV, was launched two years ago and was an instant success. Despite a massive price hike over the previous model, new buyers were sucked into the Volvo fold by the winning looks, lovely interior and, even now, the best package of safety systems you’ll find in any car.

The new XC60 carries across all these attributes in a more compact package. Not that it’s small. While seven seats are not on offer, the XC60 competes with other mid-sized SUVs like as the Mercedes GLC, BMW X3, Jaguar F-Pace and Audi Q5, with the bulk of the range in the £37k – £50k price bracket.

There’s a lot of standard gear 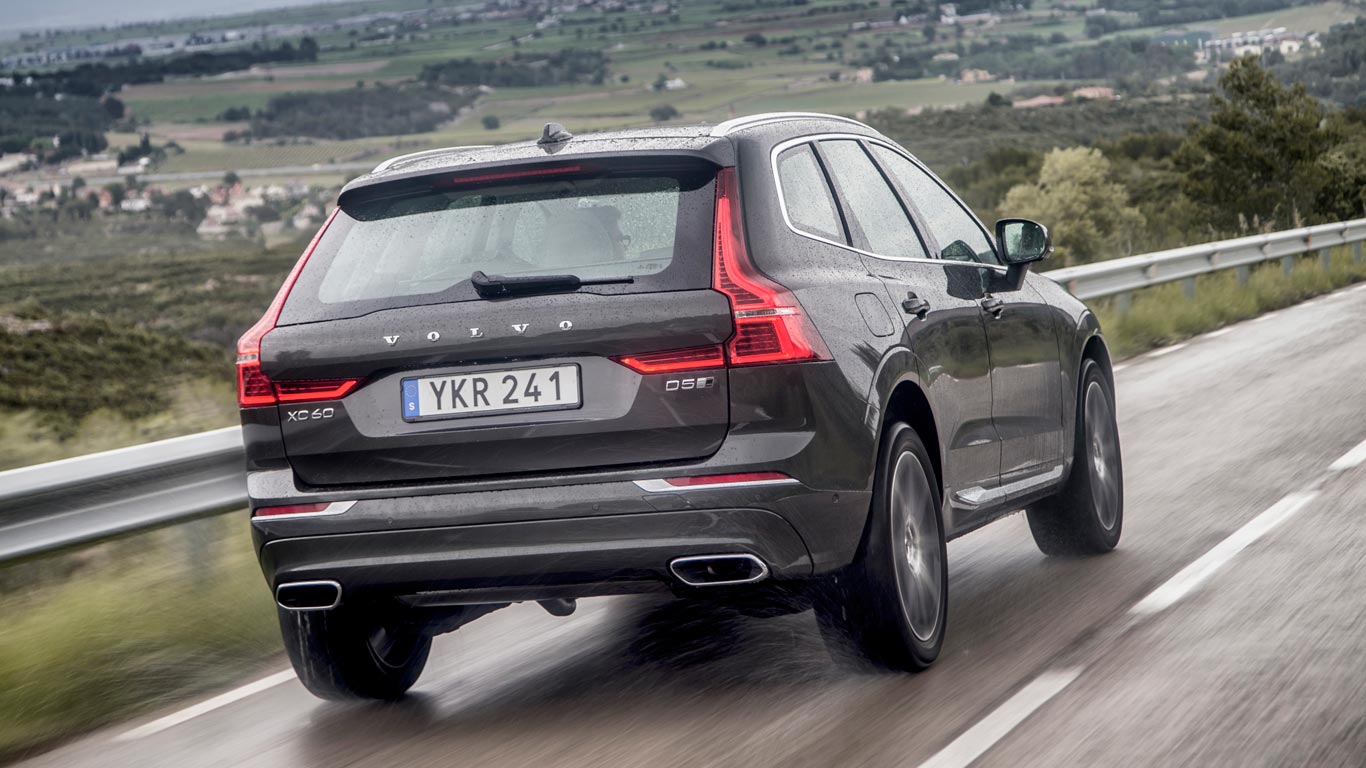 If you are familiar with the pages of oh-so-necessary ‘optional’ extras that fill the price lists of the German brands, you’ll be pleased that the XC60 comes well-equipped, even in the lowest-priced Momentum guise.

At the risk of filling this whole report simply listing the safety features of the XC60, there’s the ability to steer the car out of trouble if you are heading for a collision, even one of the head-on variety. And of course, the structure and internal safety systems make the XC60 about as good a place as you could hope to be in a crash. 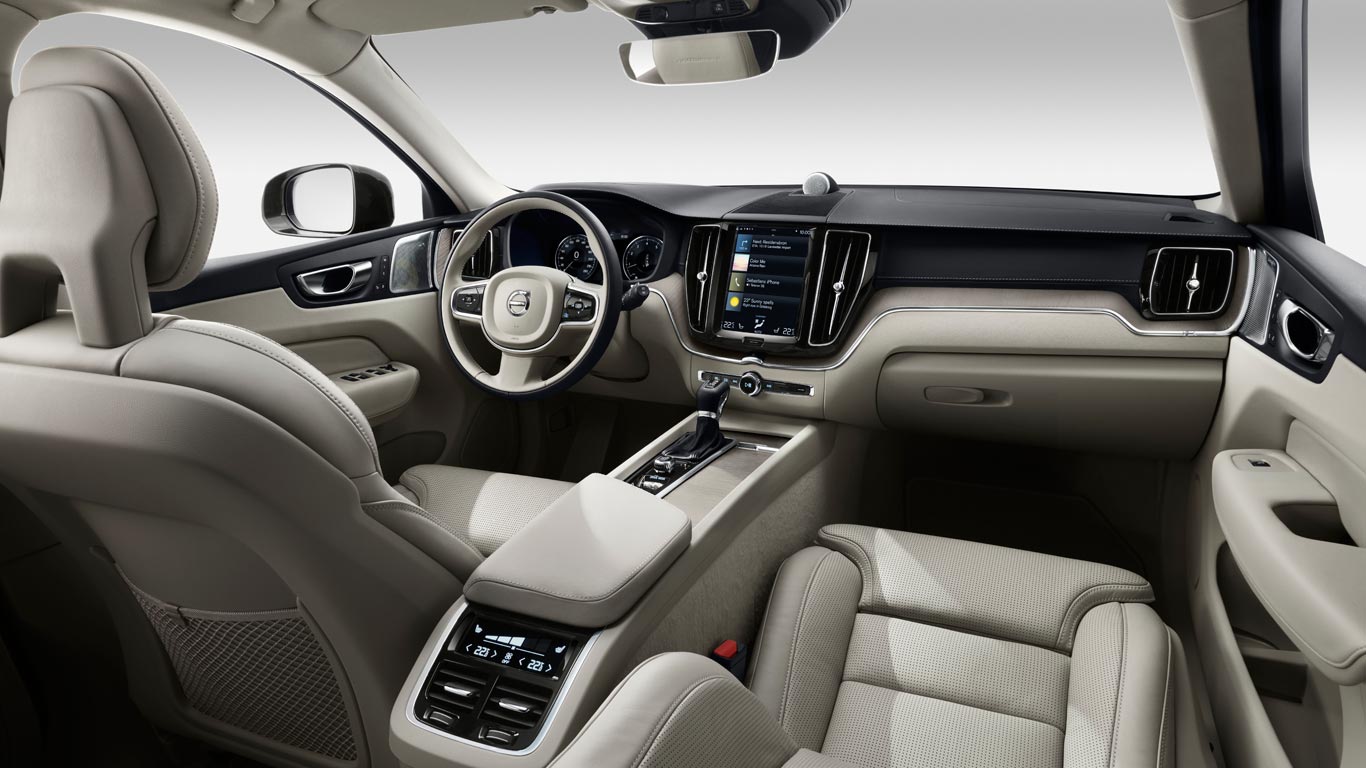 Ignore the driving experience for the moment, because that’s less of the big deal here, despite what Volvo would like you to think. The interior of the XC60 is a very pleasant place to spend a few hours. Volvo is a master of building seats that seem soft and embracing, yet actually give you great deal of long-term support.

There is lots of seat adjustment, both for reach and height, and plenty of elbow room in the front. The dashboard has strong Swedish design cues (with soft, light colours in our test car) and a stylish sweep from side to side.

In true media launch fashion, all the cars were fitted with the optional air suspension, which adds £2k to the price. It’s very good, giving a comfortable ride on all surfaces and helping keep body-roll in check when cornering. Sadly, we can’t tell you how good the regular suspension is.

Rear-seat room might not look especially generous, but there’s much space under the front seats, which turns that first impression on its head. Seats in the back as just as comfortable as those in the front, too. Luggage space is around average for the class, although lacking in height versus some rivals. 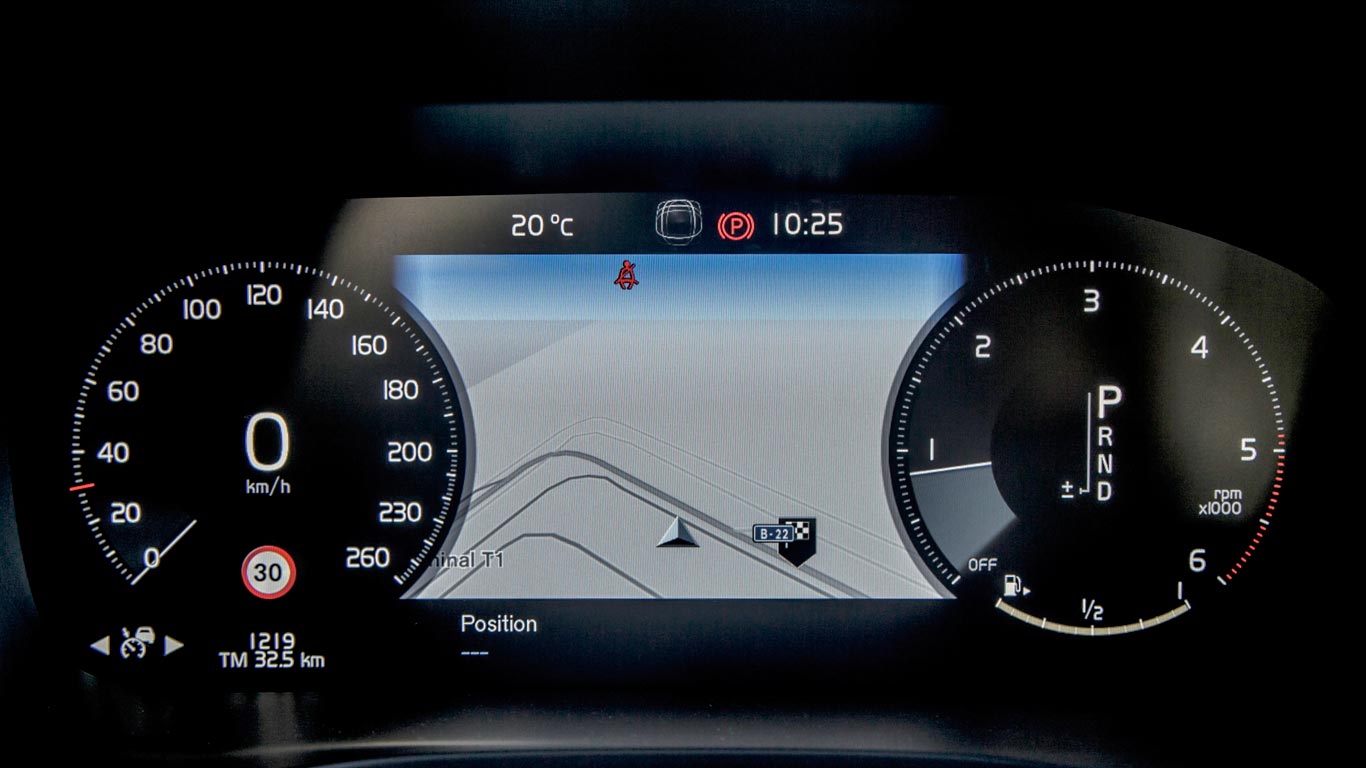 You will love the systems here. Or hate them. It all depends on how savvy you are when it comes to smartphones and tablets. Volvo’s ‘Sensus’ system is based around a large vertical tablet in the centre of the car, with just one button, like an iPhone. Everything is then controlled by touchscreen menus and sub-menus.

There are plenty of apps, including Spotify, while the navigation is very clear. The media player is fully integrated via Bluetooth for Android and Apple devices. The Bowers and Wilkins sound system is also excellent, as it should be for an additional £2,500.

However, trying to accurately press a screen when your eyes are meant to be on the road seems, well, not quite safe. How hard would it be to simply fit a set of traditional buttons around that screen for navigation, map, radio, media and phone?

Other gripes? On a brand-new car, I’d expect a wireless phone charging cradle, like I might get on a top-line Kia. But there’s none on this Volvo. And the indicators are surprisingly noisy..

Don’t ask about the number of cylinders 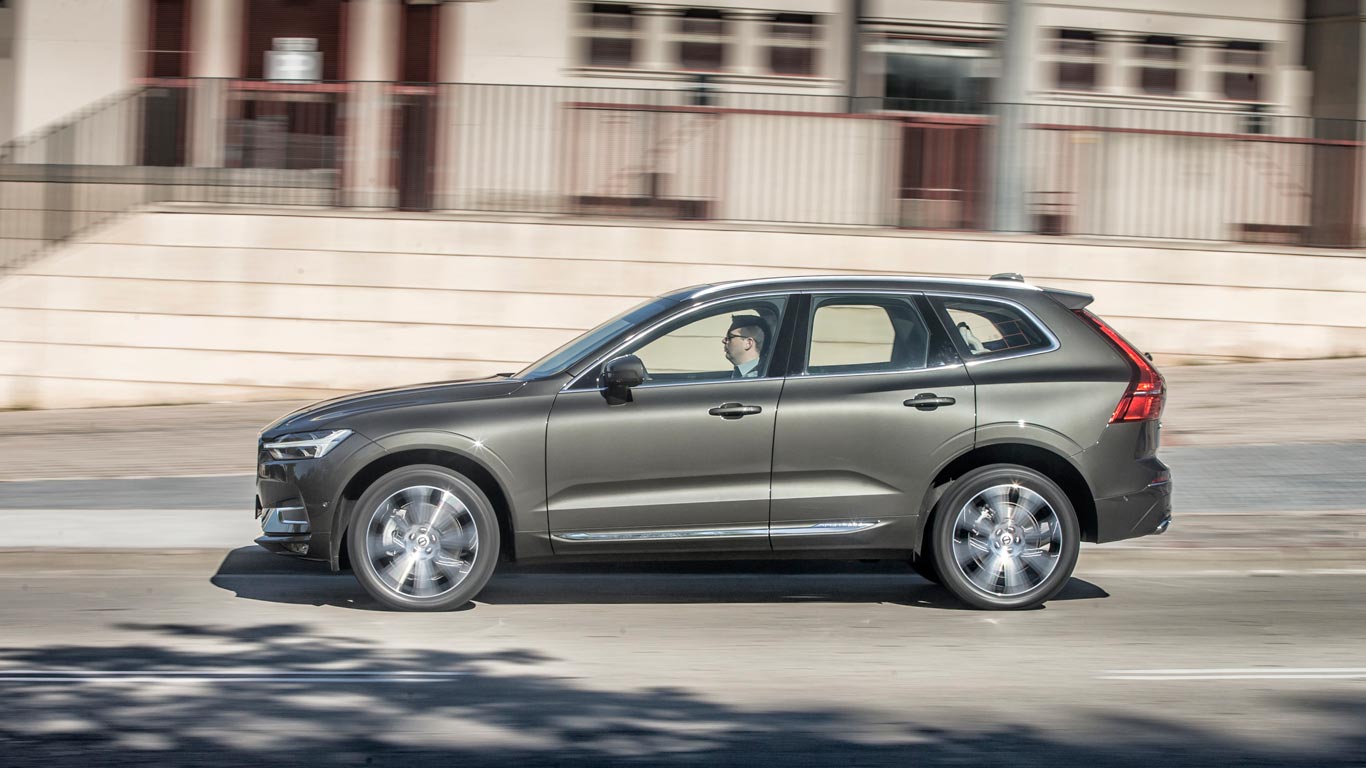 With a prestigious car, especially one higher up the range, you’d usually expect a multitude of cylinders in your engine. Five if there was something leftfield going on, but more likely six or eight. More was better, no question.

Not any more. Turbocharging combined with highly sophisticated electronics means a humble four-cylinder engine of two litres gives the best mix of low emissions, fuel economy and performance. And so it goes with every XC60 in the range.

Volvo no longer even mentions engine capacity, instead calling the diesel models D4 and D5 – the same engine, but with either 190hp or 235hp. The T5 petrol model has 254hp and the T8 (pay attention, it doesn’t have eight cylinders, still only four) 320hp from its hybrid system.

For the time being, Volvo still thinks the diesels will be the popular choice in the UK. The more powerful D5 should have ample horsepower, although it’s a very capable cruiser, rather than giving much sense of high performance. The engine pulls well and strongly through the gears, and is very relaxed on the motorway. But there’s no denying the underlying feeling that this is a heavy machine.

This means that, despite all the clever trickery and the ability of the air suspension to switch to a ‘Dynamic’ driving experience if you choose, the XC60 doesn’t feel at its happiest when you try to drive it like a Jaguar F-Pace. 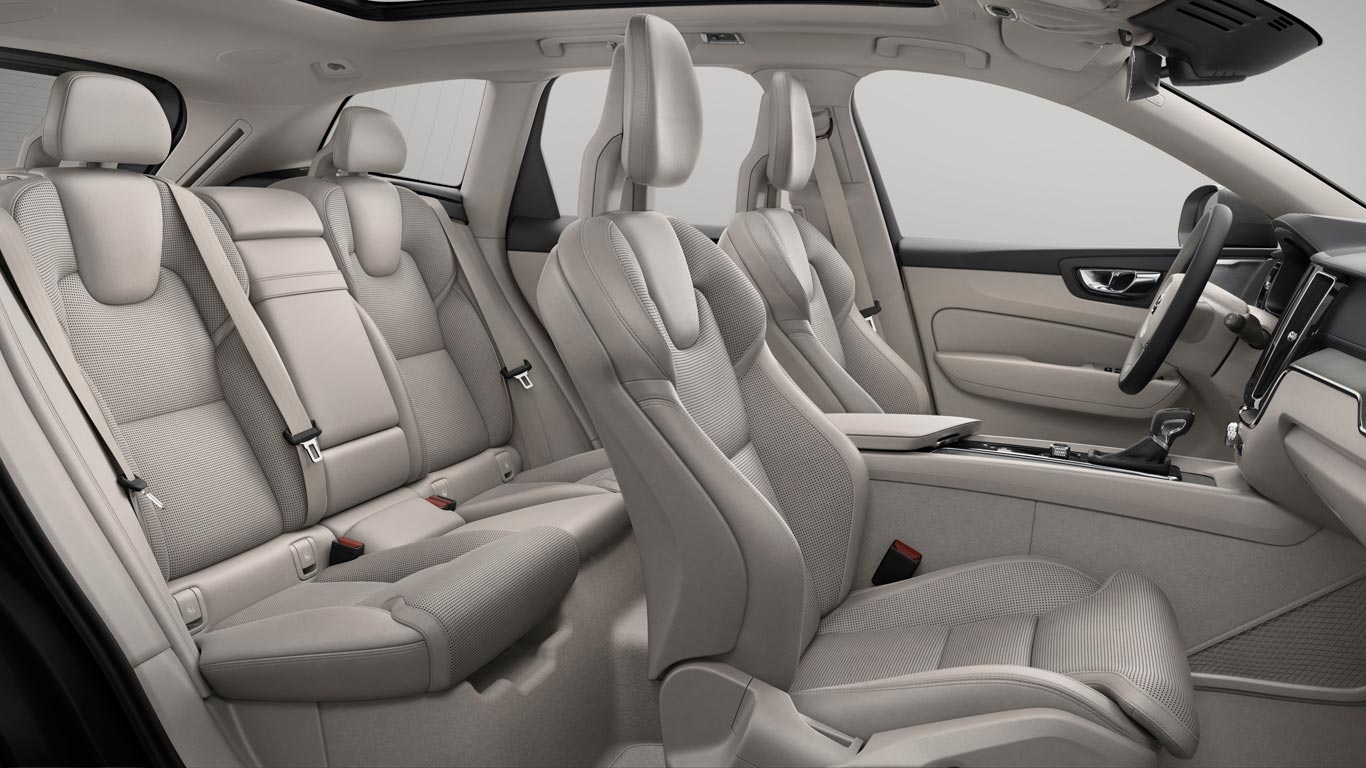 Volvo’s old five-cylinder engines were lusty but thirsty, so much emphasis has been given to these newer four-cylinder alternatives. The D5 diesel, with its eight-speed automatic transmission, gives a claimed average of 51.4mpg. You’ll have to drive like a monk to get that, but the competition doesn’t have anything in that power bracket without six cylinders, which inevitably means inferior economy. 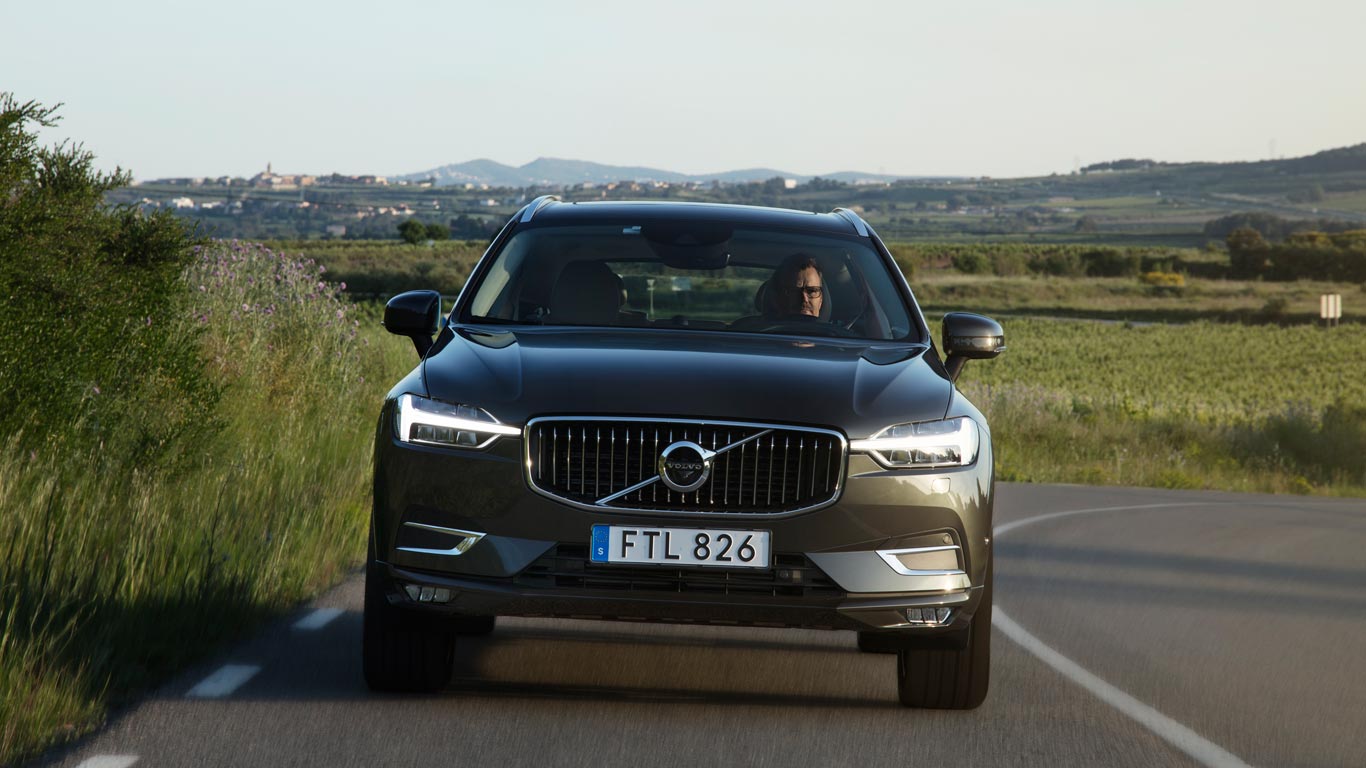 Volvo sent us up into the hills behind Barcelona on a test route designed to show off the new XC60’s prowess as a driving machine. That it failed to fully convince in these circumstances isn’t necessarily a failure. In the same way drivers hardly ever use their 4x4s off-road, few expect them to drive like a sports car.

Pitch the XC60 into its natural habitat – urban driving and long-distance cruising – and it quickly measures up, combining very high levels of comfort with equally convincing safety features and an easygoing manner. It’s a step on from the original XC60, and puts forward an entirely persuasive case against its rivals.