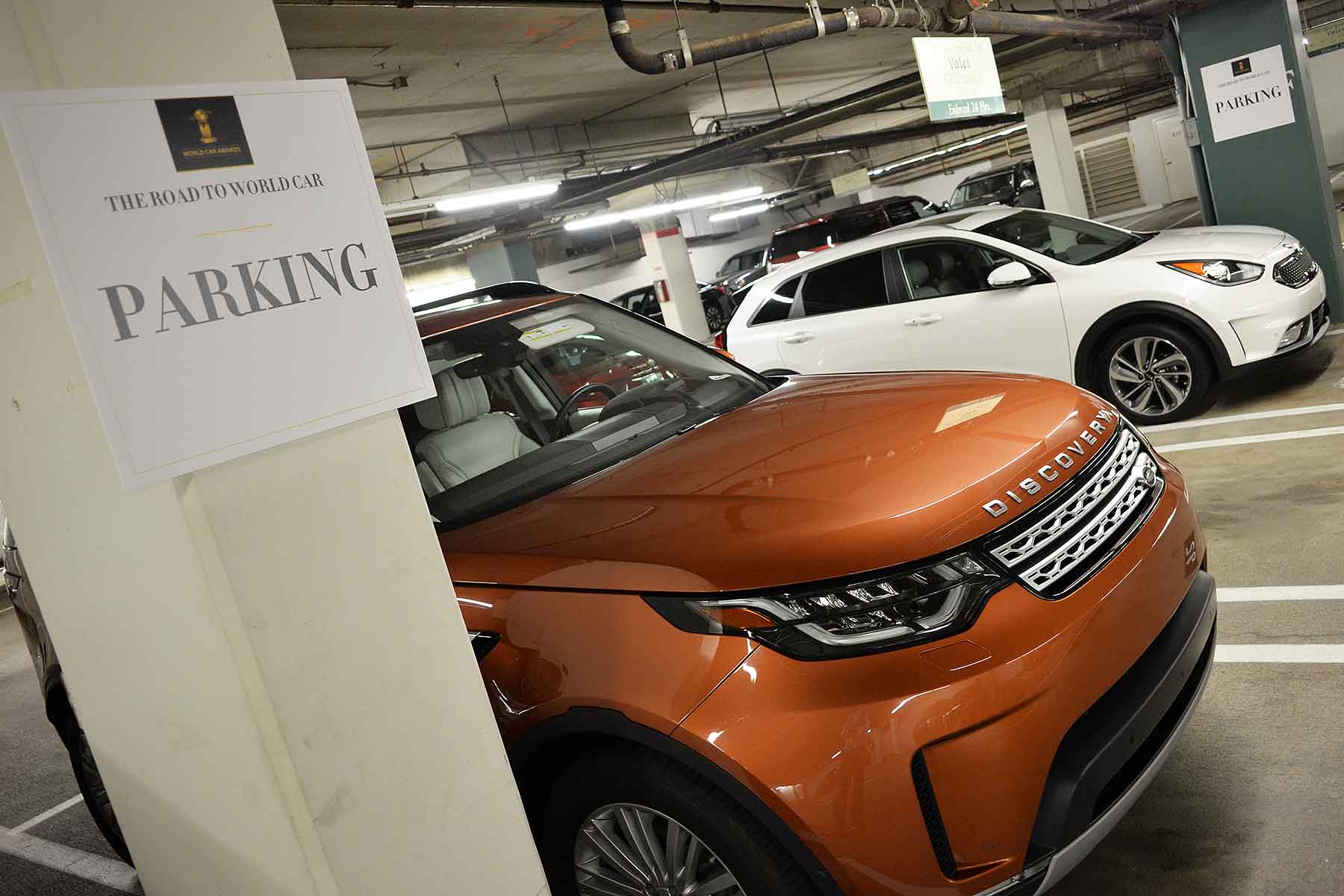 The longlist for the 2018 World Car Awards was revealed back in September at the Frankfurt Auto Show. Since then, the 82 jurors, including yours truly, have been assessing as many of the cars as possible, in readiness for the first round of voting in January 2018.

To be eligible, cars need to be sold in at least two regions globally – that’s what makes them truly World Cars. To ensure jurors have has much access as possible, the awards organisers annually host a big test day during the LA Auto Show: my challenge this year was once again to drive as many cars as I could in a day. 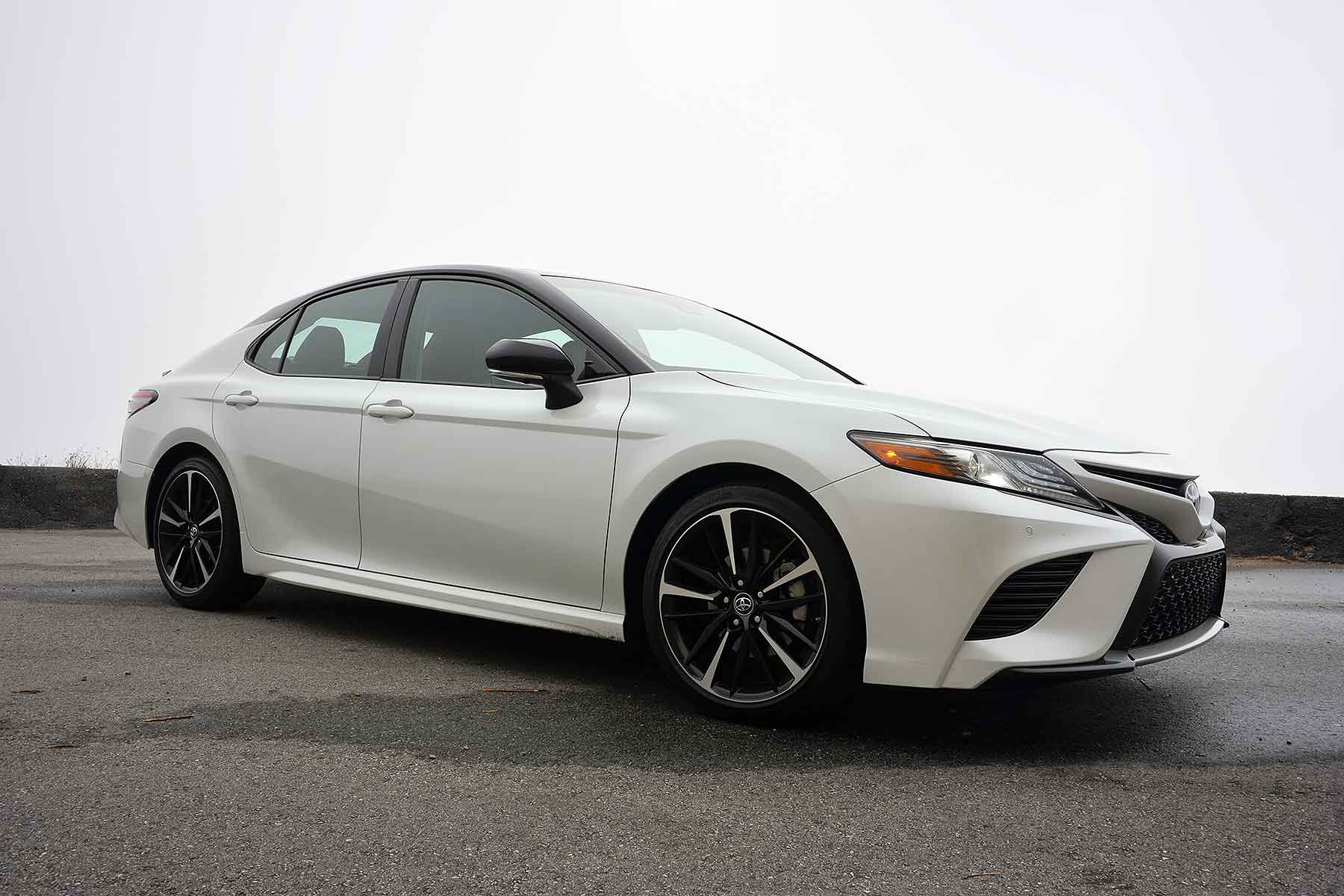 With the morning mist still lingering, I was straight into a car sadly not sold in Europe – the Toyota Camry. Even those who were around when it was sold here may well have forgotten it: back in the day, the Camry was the automotive equivalent of a bar of soap.

Not any more. It looks dramatic, with bold lines and sharp creases; the ‘floating’ black roofline contrasts with the white paint, the grille is gigantic and there’s a lip spoiler and diffuser combo at the rear more akin to a BMW M5 than a Toyota.

And that’s even before you step in and are overwhelmed by the red. A Toyota saloon with red leather sports seats? Boy, it woke me up. Against expectations, the drive didn’t let the side down either; the setup was sporty, ride firm, responses agile. Only a beautifully smooth V6 engine was more in line with expectations, Lexus-like in its serenity. 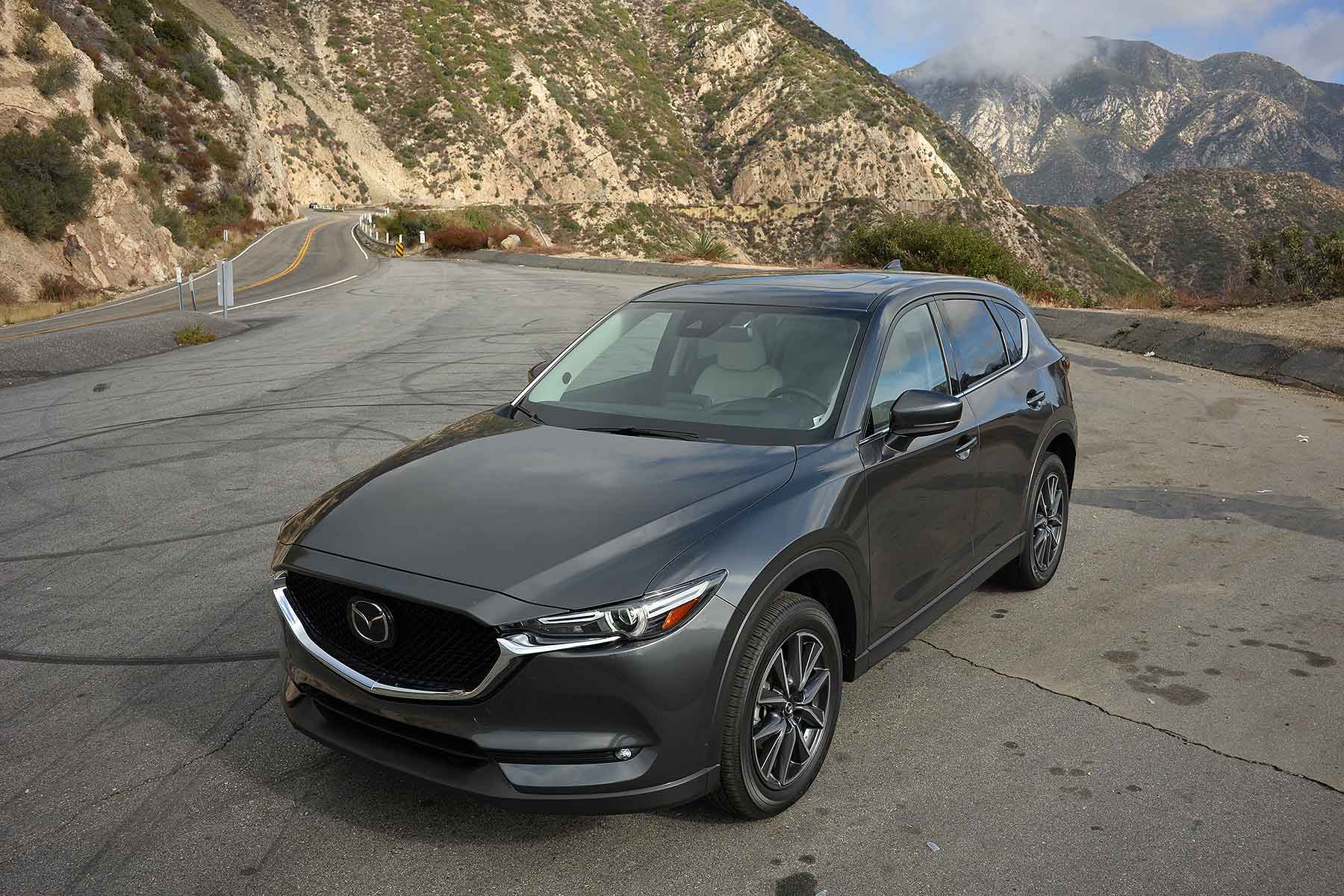 Pity the 2.5-litre four-cylinder engine in the car I drove next, the Mazda CX-5, wasn’t so quiet. This is like having an MX-5 engine in a family SUV, demanding vocal revs to get the best out of a chassis that’s also as MX-5-like as a family SUV can get away with. Like many modern Mazdas, it feels upscale and well-engineered, but I’d like to drive it in Europe, with a diesel engine, before casting judgement. 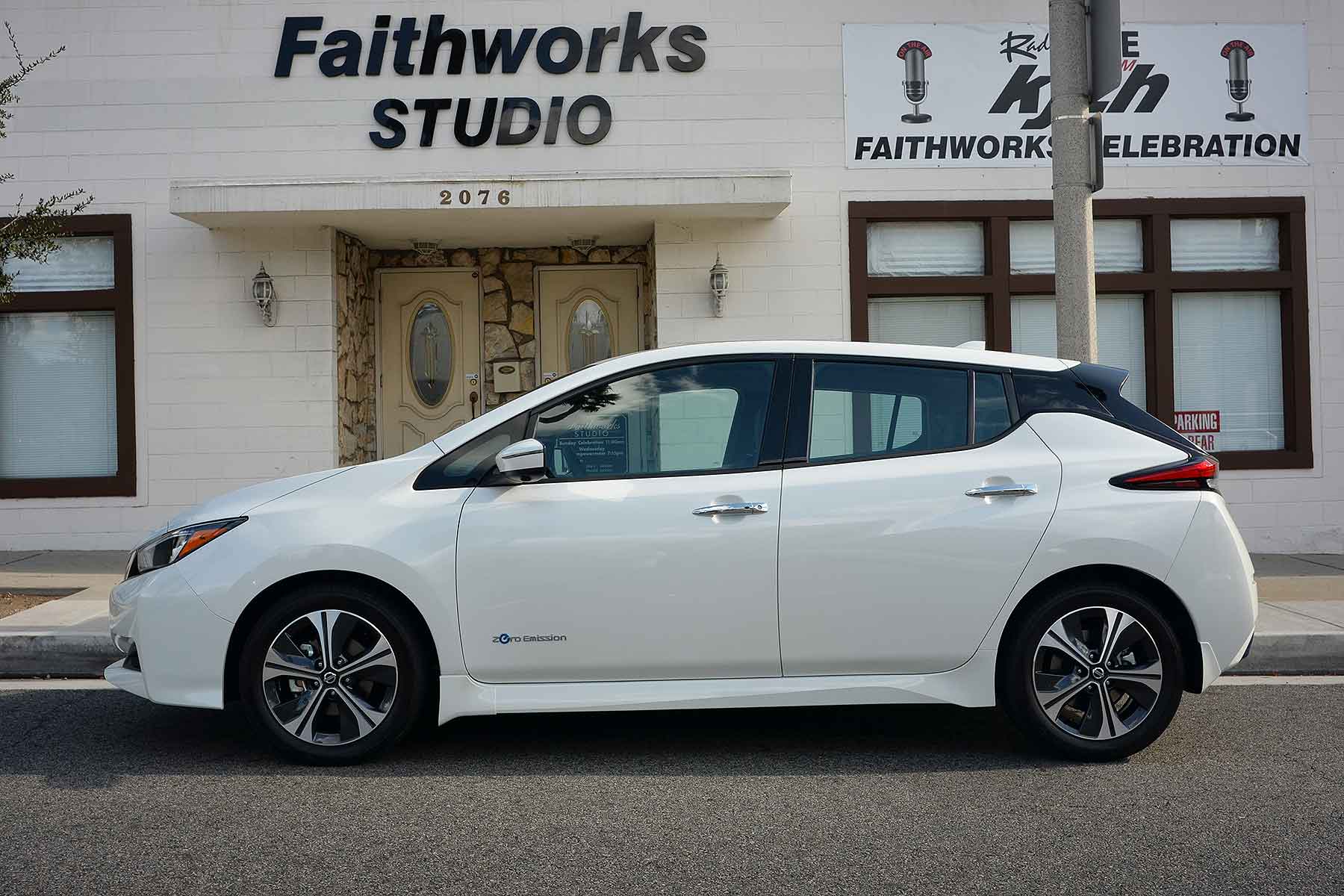 The new Nissan Leaf had more immediate appeal. How could it not, thanks to styling so much more appealing than the oddball original? The interior is leagues ahead too, and Nissan’s made it even more refined with luxury car ride refinement and less whine from the electric motor.

It’s appreciably quicker, the battery didn’t seem to drain in an eyeblink and, when I stumbled across a parked-up predecessor en route, it was clear how far Nissan’s jumped in a generation. The short drive wasn’t enough to reveal how much of a hindrance the toweringly high seats and tight rear legroom are, but was enough to suggest the world’s best-selling EV is certainly a World Car Awards contender. 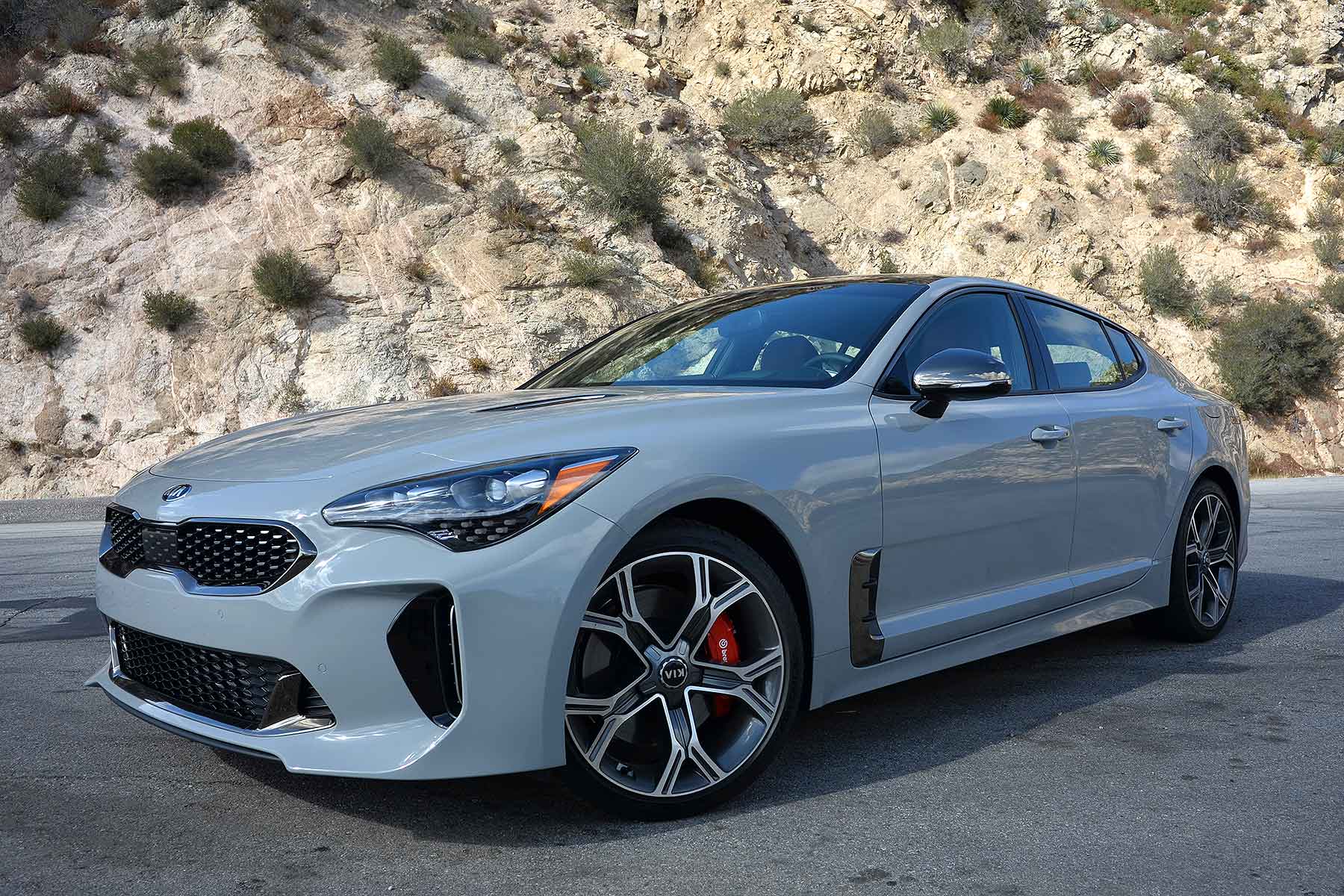 Sitting next to the Leaf was my next ride, Kia’s Stinger GT. It looked low, wide, curvaceous, like a bona fide coupe; I opened the door and, compared to the Leaf, felt like I was falling to the ground, so low were the firm, sporty chairs. Interior tactility was premium, not volume, and it was an exciting place to be.

Given all this, the V6 turbo didn’t quite have the AMG-like bark I expected, but my, how well this car drives. Like a properly sorted BMW, with a communicative chassis, tight steering and, I was delighted to find, just enough of a suggestion of power-on drift out of corners to reveal the rear-drive layout and spice things up. Driving up the winding Pasadena mountain roads, it was fantastic: only on the way back down, when I switched from sport mode to comfort, did it feel soggier and less gelling. I quickly turned it back on and started making those big Brembo brakes earn their keep. 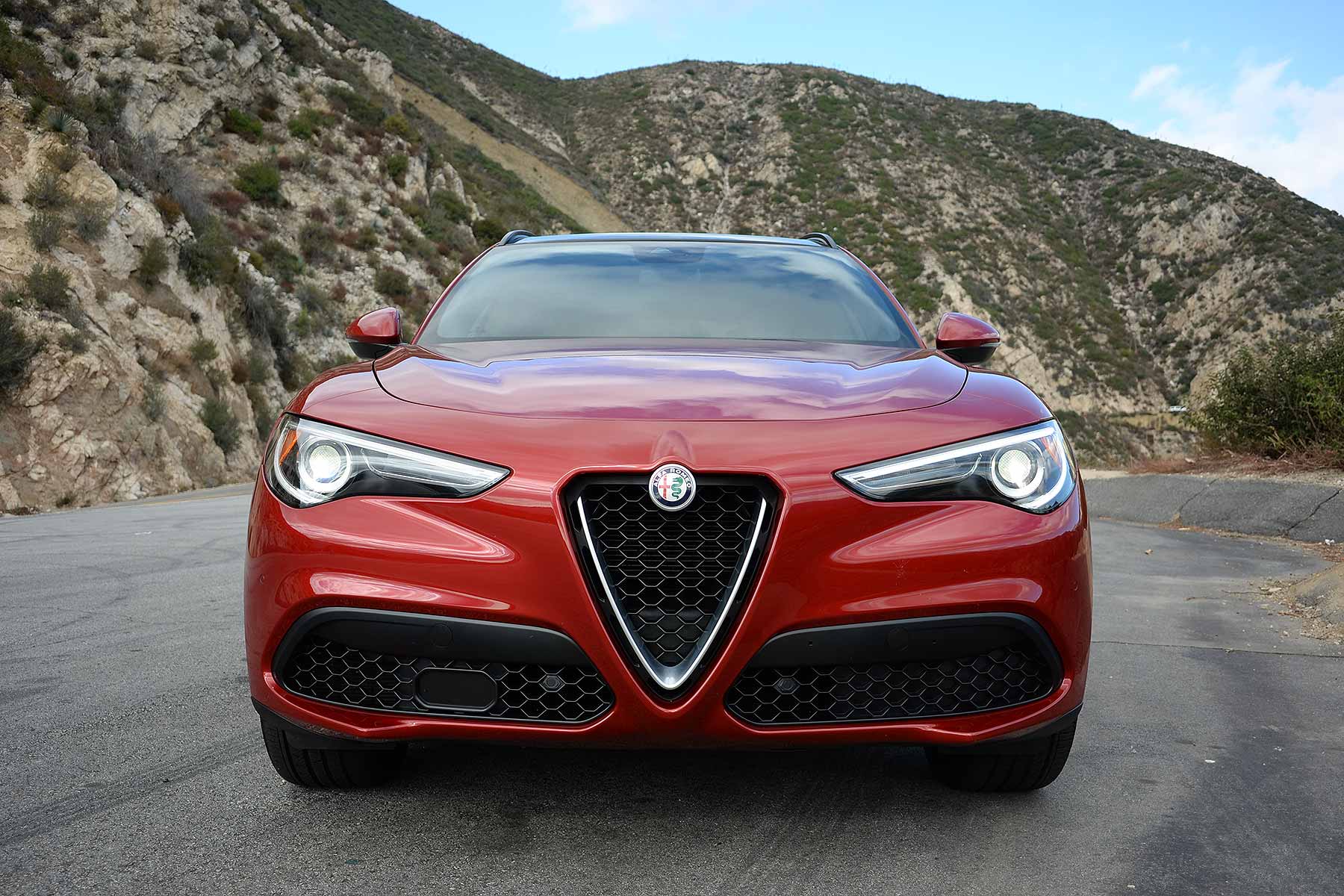 This was all going well. And then I got into the Alfa Romeo Stelvio SUV. A 280hp 2.0-litre turbo petrol, the engine whined as I drove out the car park (I was the first juror to drive it; things improved once it was warm). Fast steering made it feel nervy; it pitched and lurched, despite a stiff ride. It was too noisy for a premium SUV, with noise from too many sources.

But then, a bit like as with a Ferrari, I got used to the geared-up steering, adopting minimal inputs and being rewarded with tight, well-balanced handling. It hung on well, bolstered seats hugged me well, and so many people looked at its svelte styling when back on the freeway. Enough to overlook a stark lack of premium finish and attention to detail inside, the poor infotainment system and overall bias perhaps just a bit too much to the sporting side for a premium SUV? We shall see. 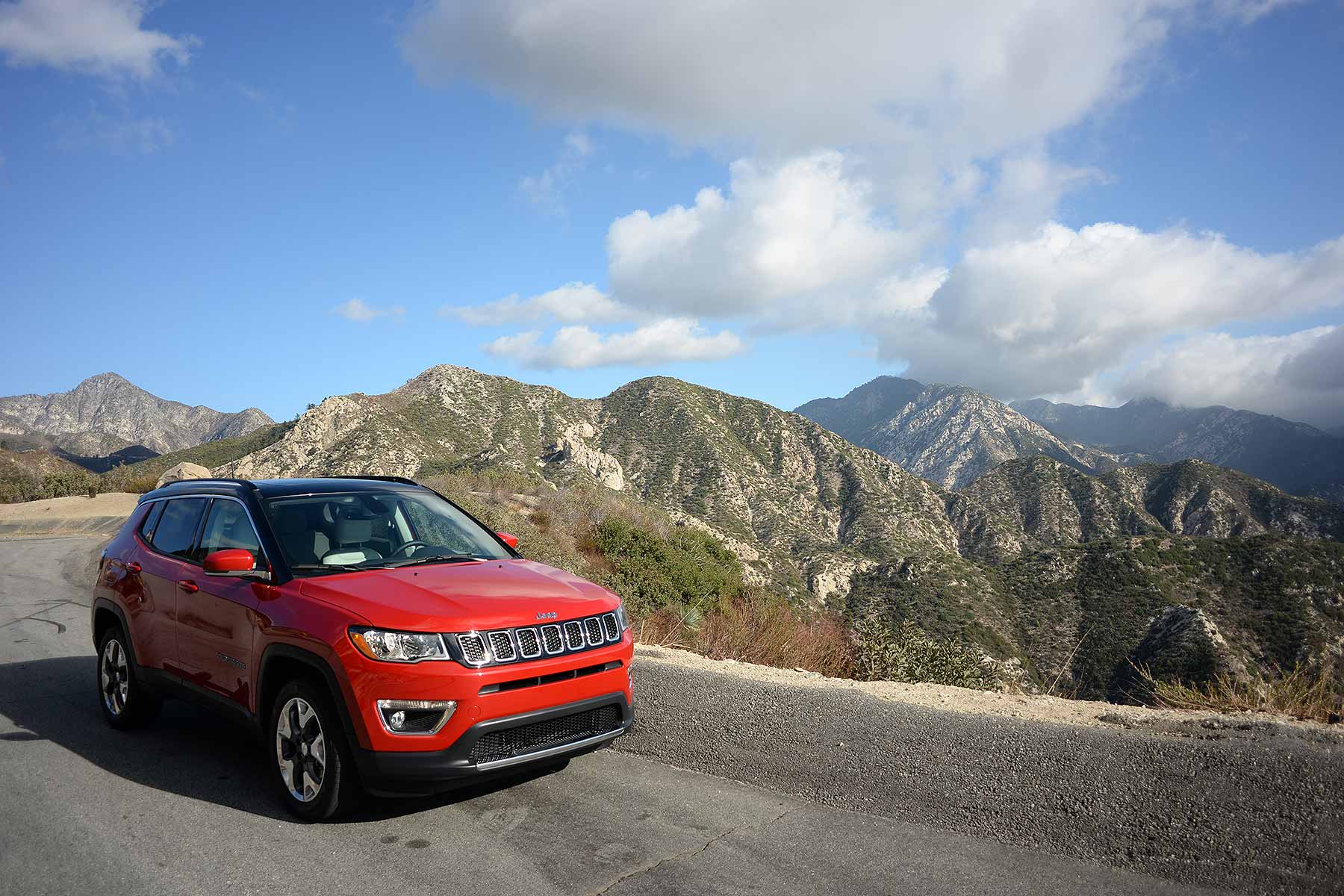 The Jeep Compass was easier to dismiss. It looks good, the interior quality is surprisingly passable and, I guess, it drives OK… but what a gutless, noisy engine it has, and how its nine-speed automatic hunts, slurs and generally feels like it’s on the brink of wearing out even though it’s brand new. When you know how good cars such as the Seat Ateca are, the Compass struggles.

The day was drawing in. Time for just two more drives. First, the Range Rover Velar. The World Car Awards looks at cars from a global perspective; they must perform as well in, say, North America as they do in the West Midlands. The Velar certainly did. I love its modernist design and getting in to its strikingly luxurious interior was like getting home (well, if I were the rich chief of an internet start-up with the pad to reflect my prowess).

Running on 22-inch wheels, it had a stiff in-town edge, becoming more cushioned once the air suspension was worked. Handling was positive and planted, the supercharged V6 engine was eager and the eight-speed automatic gearbox was as utterly perfect as the Jeep’s auto was not. The Velar felt so well honed in so many ways, all enjoyed from that landmark interior. It’s a good ‘un. 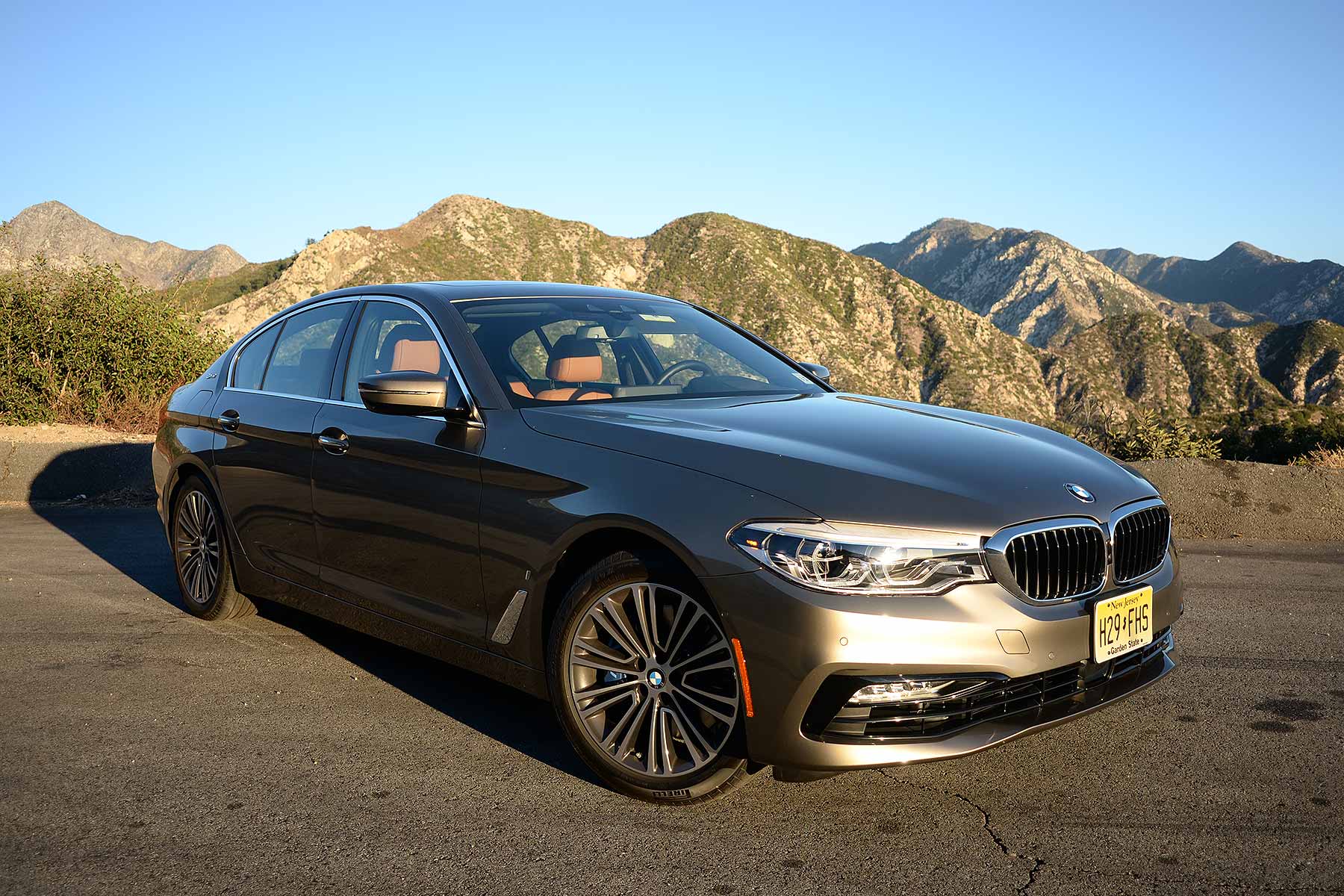 But so too is the magnificent BMW 5 Series, my final drive of the day. I was testing the 530e plug-in hybrid, focusing on the World Green Car category; because it was late, the battery was flat and a reset trip computer took an age to even crawl out of the teens. This is the flaw of the PHEV, I mused – was this a superb car critically let down by its green drivetrain, thus scuppering its chances in the World Green Car category?

So I concentrated on the rest of it. The luxurious interior, cosseting seats, top-notch infotainment system and peerless chassis that, uniquely for the day, rode as well as it handled. What a fiendishly, outstandingly good car the latest 5 is. 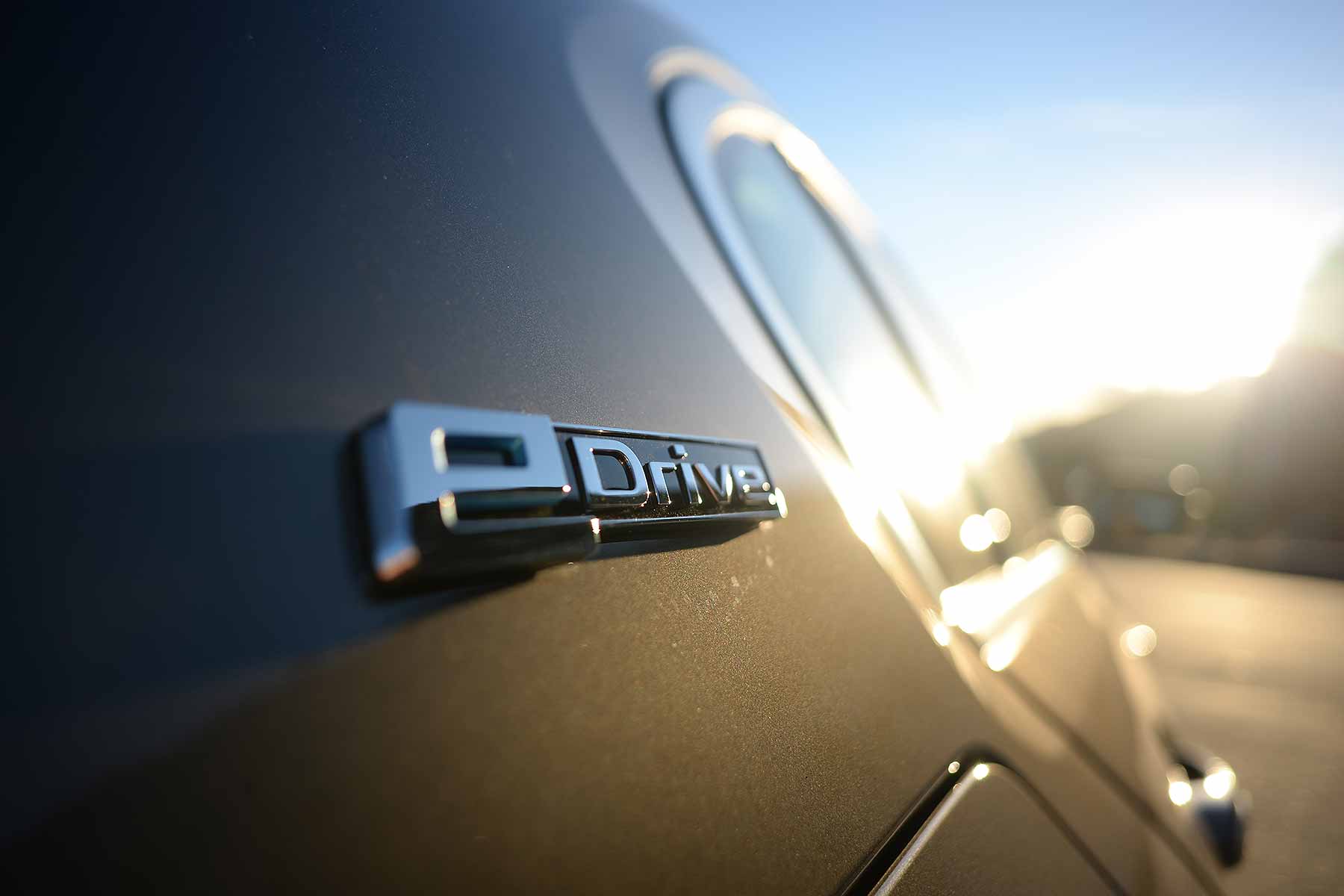 Then I clocked that, despite being flat, it was still running a surprising way during town driving on electric. Enhancing further the sophistication and silence. If only all plug-in hybrids were this sophisticated: it was delivering zero emissions where you need it, in town, justifying the technical complexity beneath. A cleverly green car: enough to take on that promising new Nissan Leaf though? There was a lot to chew on as I parked up for the final time.

There we have it. Eight cars, hundreds of miles, a bulging notepad to transfer onto a fast-growing spreadsheet of observations and scores. There are now a few more drives before the first round of judging in January; the LA sessions confirmed once again just how tricky it’s going to be. The world is full of great new cars in 2018. Let’s start narrowing things down to find the best of all.