VW plans to address the problem of finding an EV charging station by making a robot that finds your car first. We explain how the technology works. 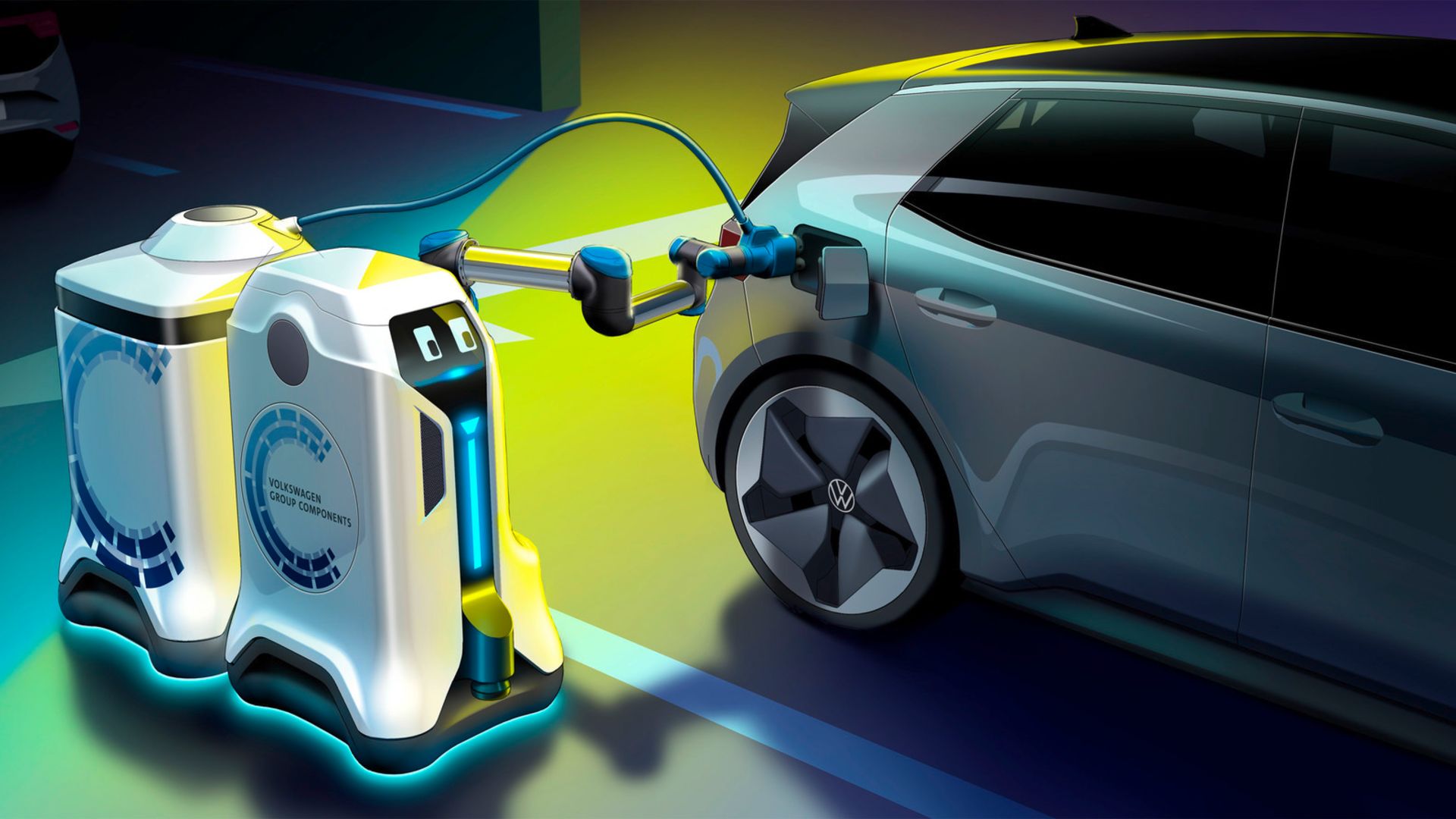 Volkswagen plans to deploy autonomous robots to charge up electric cars in car parks. The mobile robots are one solution to the problem of finding a charging point. Why not have the charging station search for you?

Activated via app or ‘vehicle-to-X’ communication, the robot drives itself to your car autonomously. The car’s charge flap opens, it plugs in, tops up the electricity, unplugs and then departs – all on its own. It has this capability thanks to a suite of cameras, laser scanners and ultrasonic sensors. Volkswagen is confident the robots will be suitably compact to thread between cars that are parked.

Each robot brings with it a trailer that has a power bank on board. Once plugged in via its flexible arm, it leaves to go and ‘serve’ other cars. The banks can charge at speeds of 50kW with DC quick charging, and will carry around 25kWh each. For the highest-capacity 77kWh Volkswagen ID.3, that’s just over three banks to fill it from empty. 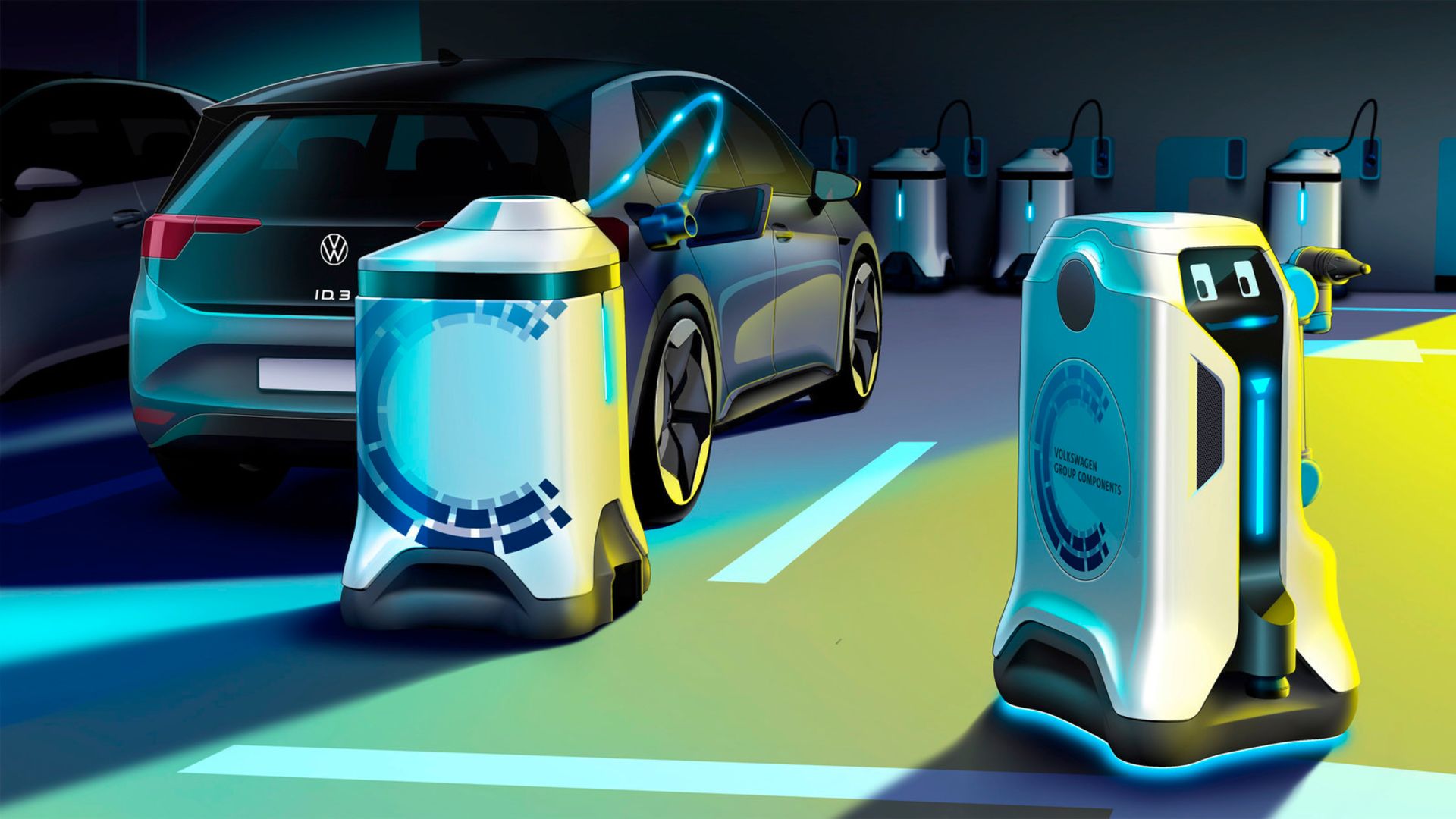 “The mobile charging robot will spark a revolution when it comes to charging in different parking facilities, such as multi-storey car parks, parking spaces and underground car parks, because we bring the charging infrastructure to the car and not the other way around,” says Mark Möller, head of development at Volkswagen Group Components.

“With this, we are making almost every car park electric, without any complex individual infrastructural measures. It’s a visionary prototype, which can be made into reality quite quickly, if the general conditions are right. 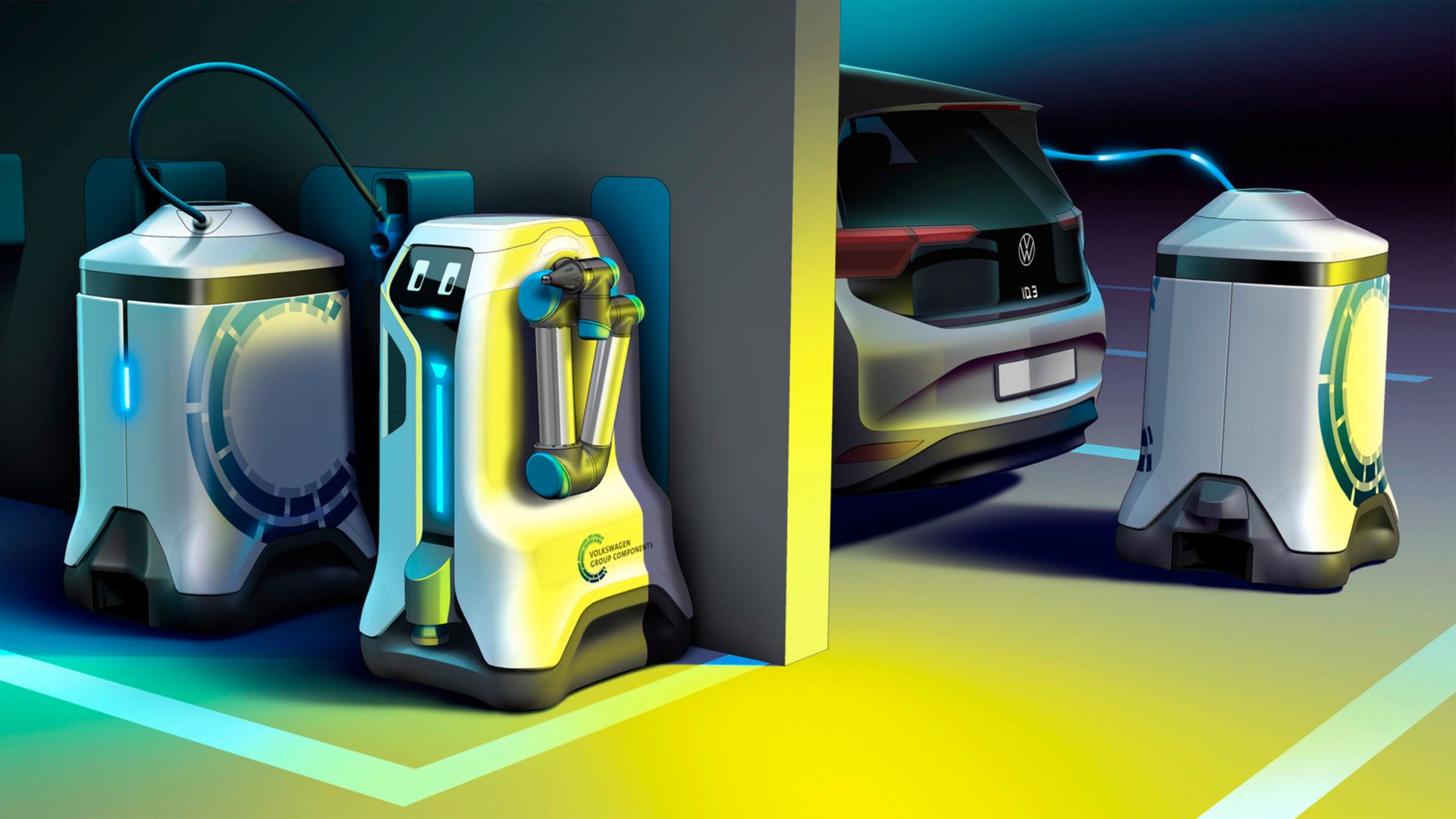 “Even the well-known problem of a charging station being blocked by another vehicle will no longer exist with our concept. You simply choose any parking space as usual. You can leave the rest to our electronic helper.”

The charging robot is just one of a selection of innovative solutions that Volkswagen is actively working on.

Are robots really the answer?

Mobile charge points that come to you could be a much easier-to-implement solution, which can adapt to the facilities we have today.

A freedom of information request has revealed exactly what local authorities make out of parking tickets, as well as how many are issued
Read more