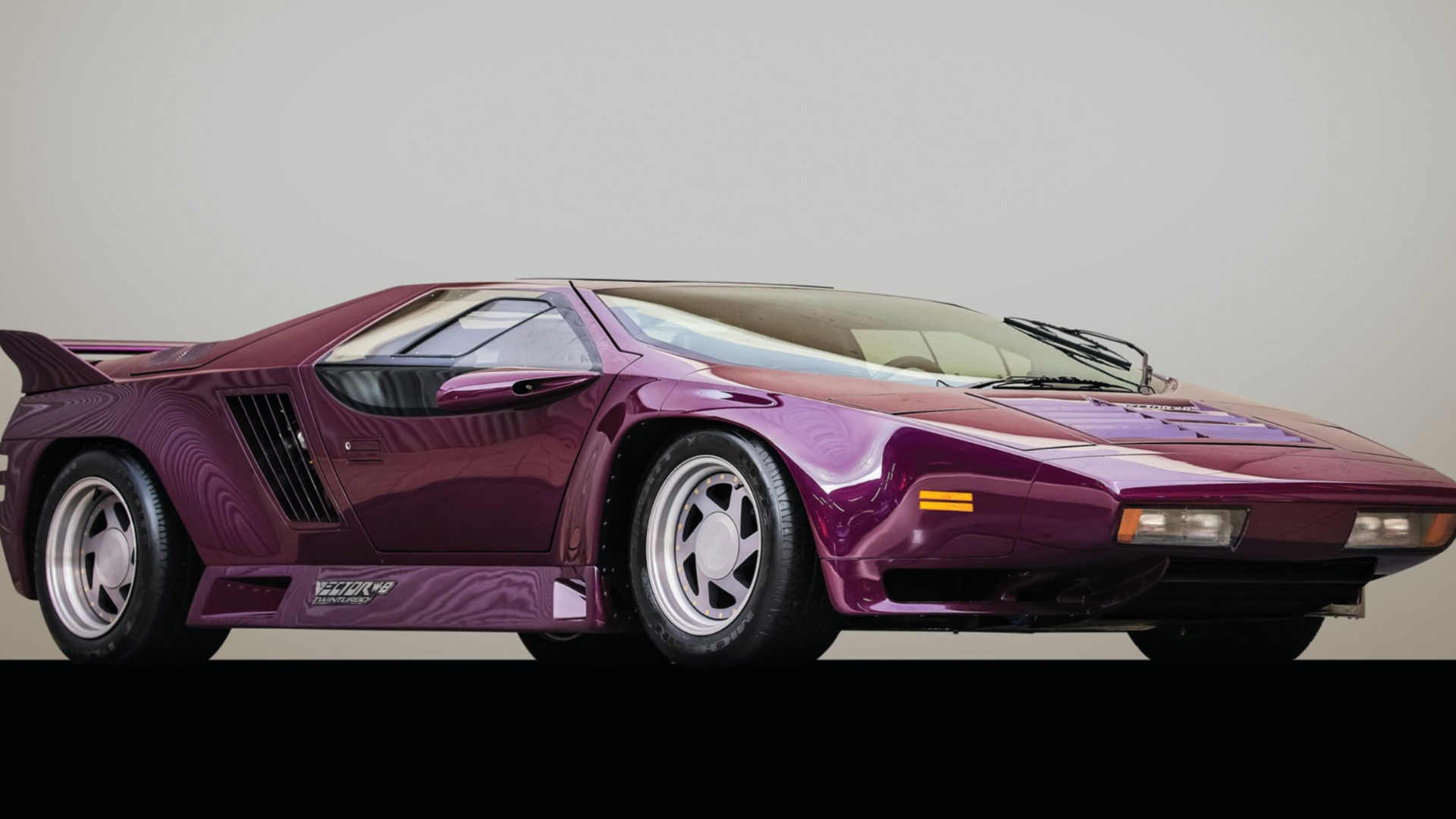 America’s craziest ever supercar is up for auction with RM Sotheby’s in Arizona later this month. The Vector W8 Twin Turbo could be yours for £230,000 ($300,000). That’s a quarter of what you’ll pay for a similarly aged – and much more common – Ferrari F40, making the Vector a bit of a bargain. 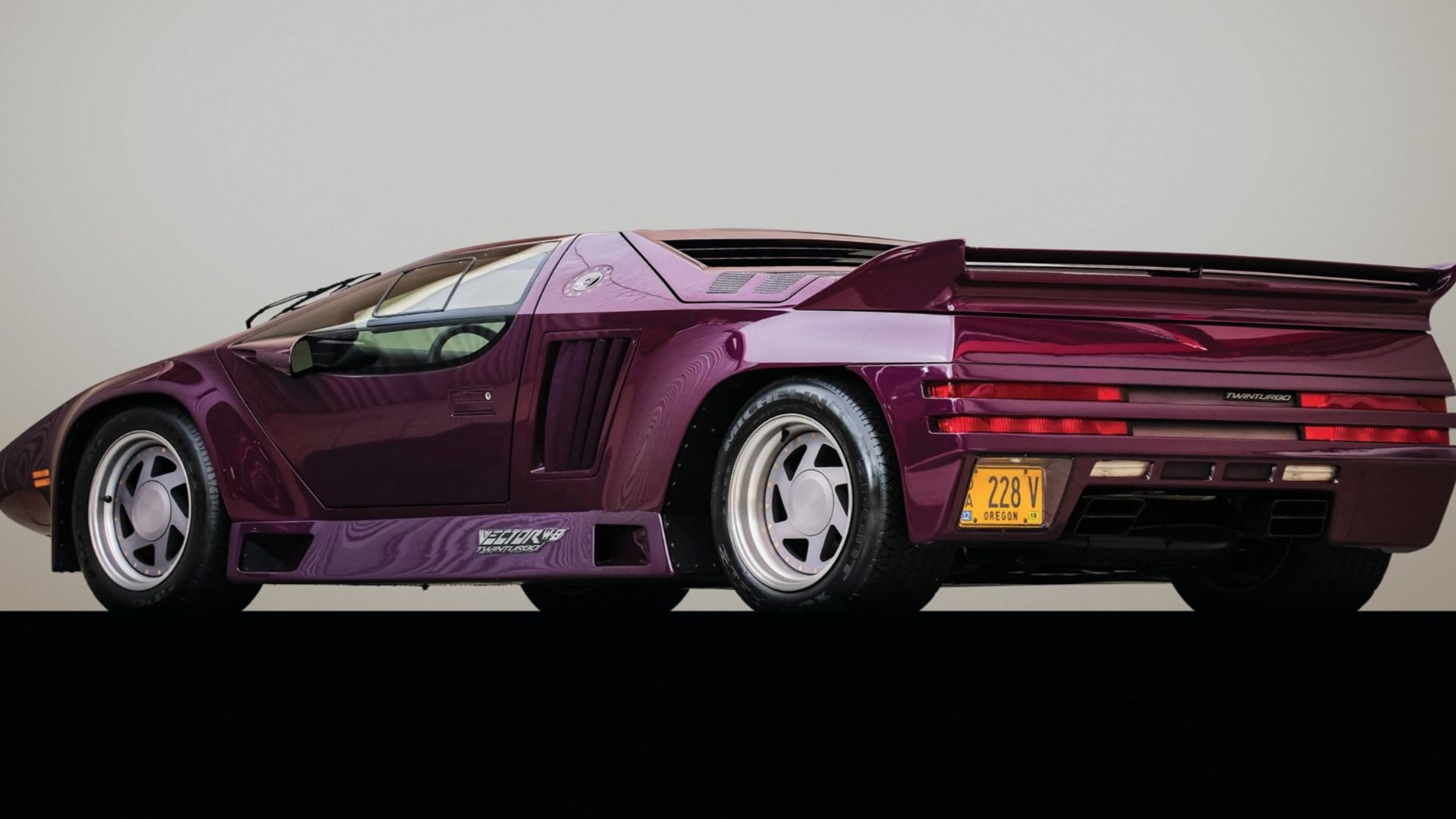 Standard performance figures were impressive enough, with a 0-62mph time of 4.2 seconds, and a claimed top speed of 242mph. A quarter-mile took 12 seconds, with a terminal speed of 124mph. That was amazing at the time, besting the Ferrari Testarossa by two seconds.

As well as its V8, the Vector borrows its three-speed automatic transmission from General Motors. Yes, a three-speed auto. Everything else is quite sophisticated, though.

And just look at the thing. It’s very much inspired by fighter jets, and intended to resemble one. Vector even called itself an ‘aeromotive’ company at the time. 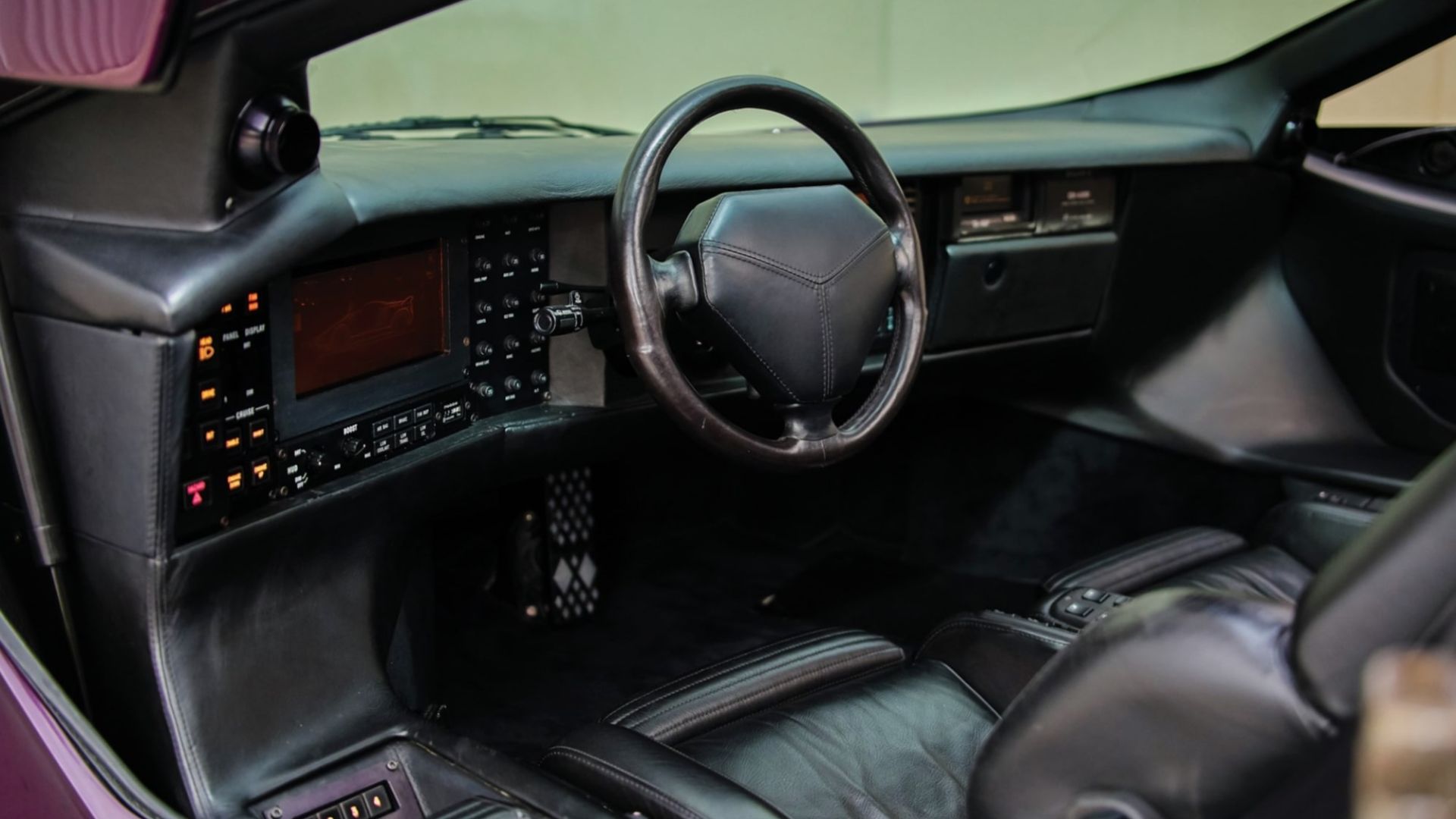 On the inside, the fighter jet theme continues, with toggles and displays not unlike what you’d find in a fighter cockpit. There’s even a big digital display, years before the infotainment screens of today. One readout shows how many hours the engine has been running, like those showing flight hours in aircraft.

Vector’s time in business was short-lived due to financial woes. No matter, according to founder Gerald Wiegart, who had achieved his goal of shocking the automotive industry.