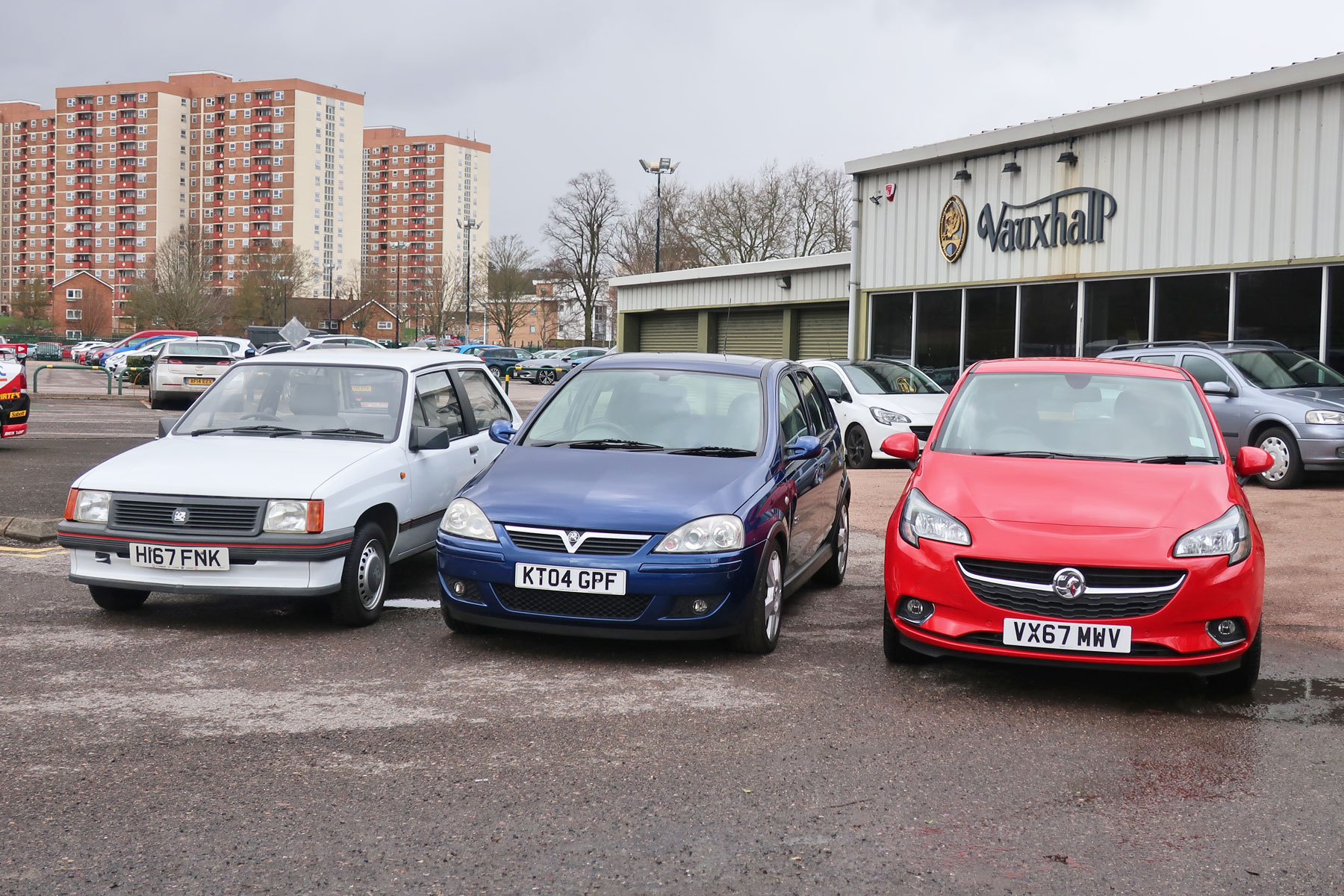 We’ve all got stories to tell about the Vauxhall Corsa. A regular in the UK’s bestselling cars shortlist since it was launched in 1993, we’ve all either owned one, driven one or probably have a significant memory involving one.

Vauxhall’s popular supermini celebrates its 25th year on sale in the UK in 2018, so we headed to the firm’s head office in Luton for a day discovering the Corsa’s heritage. Without further ado, this is what we drove. 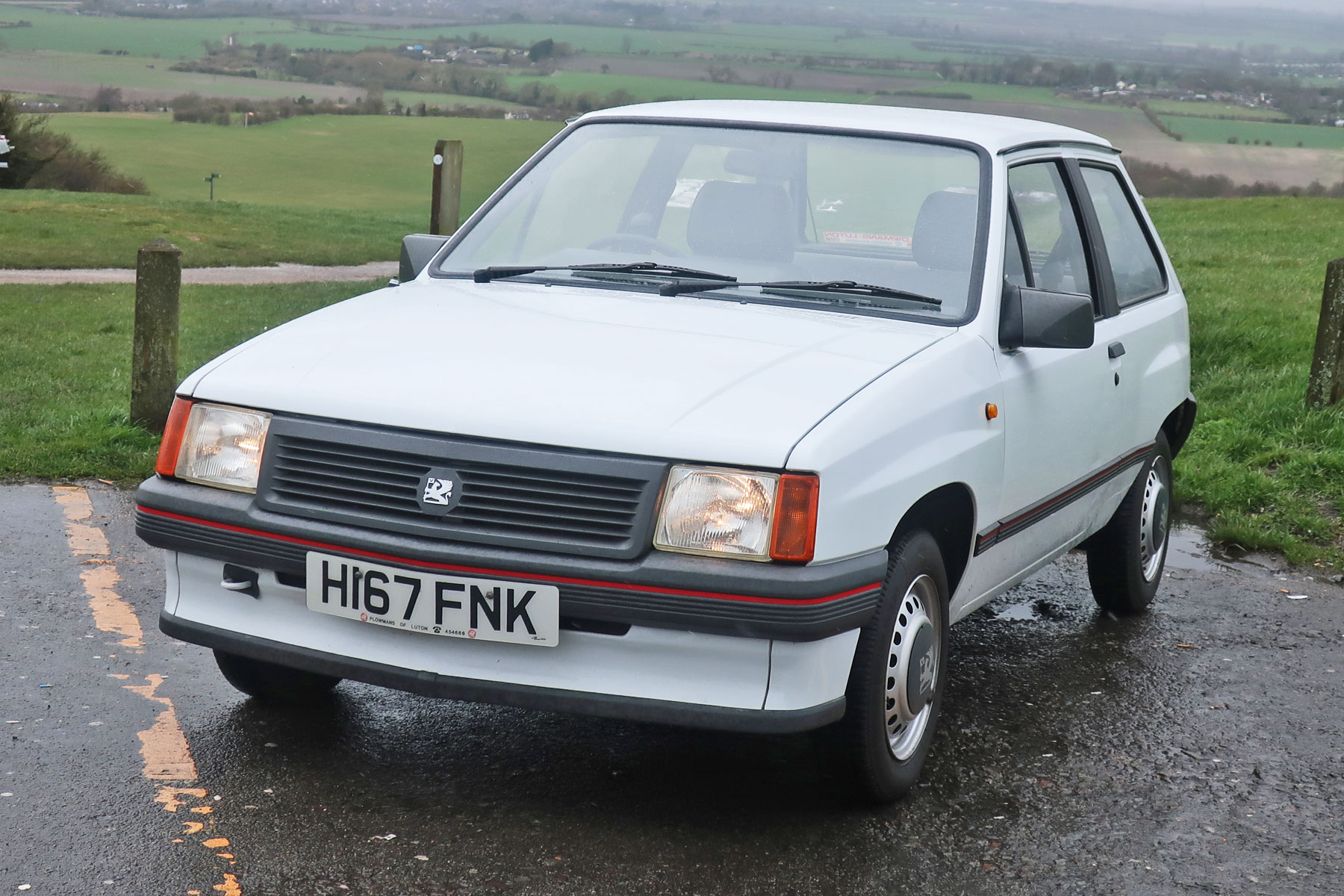 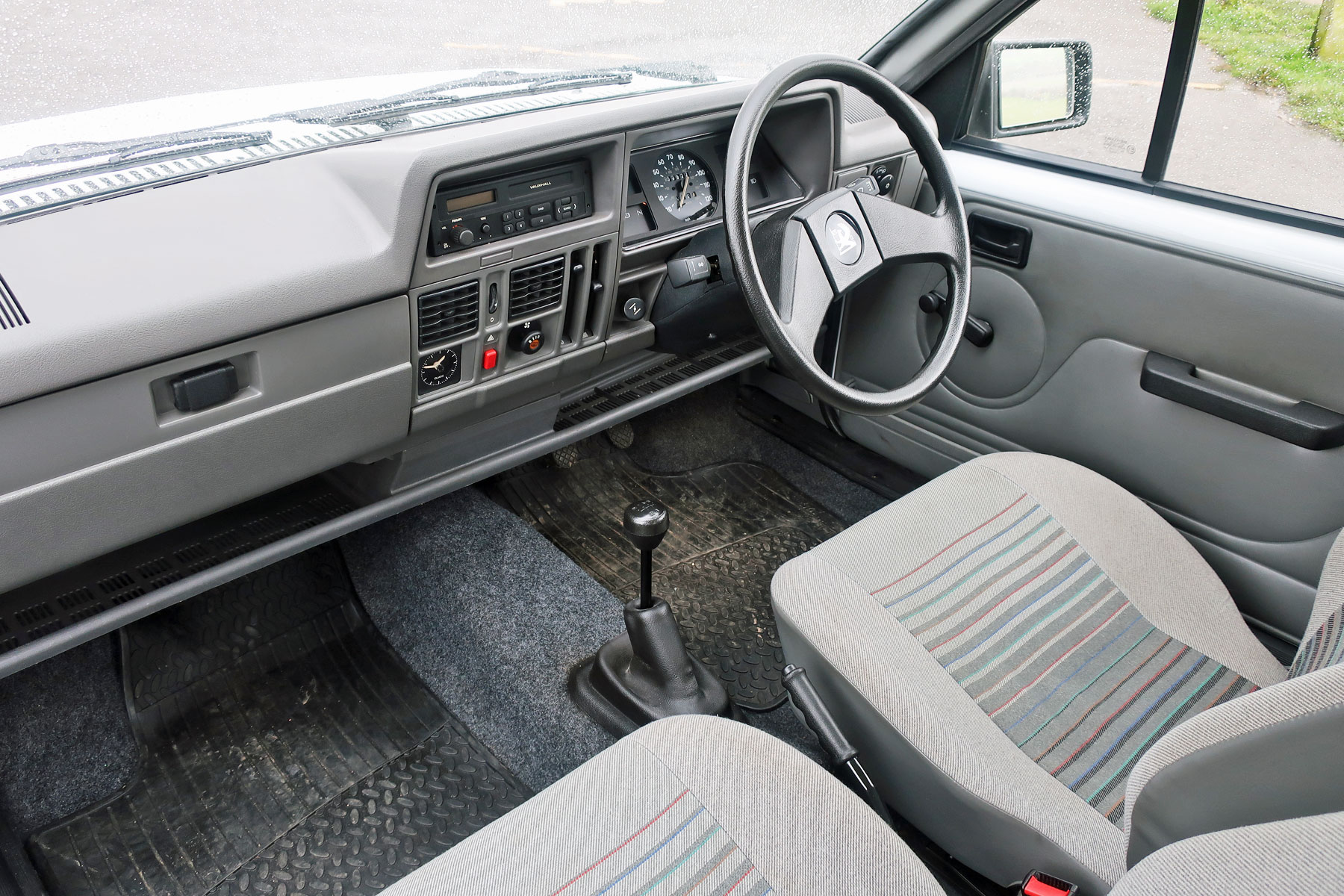 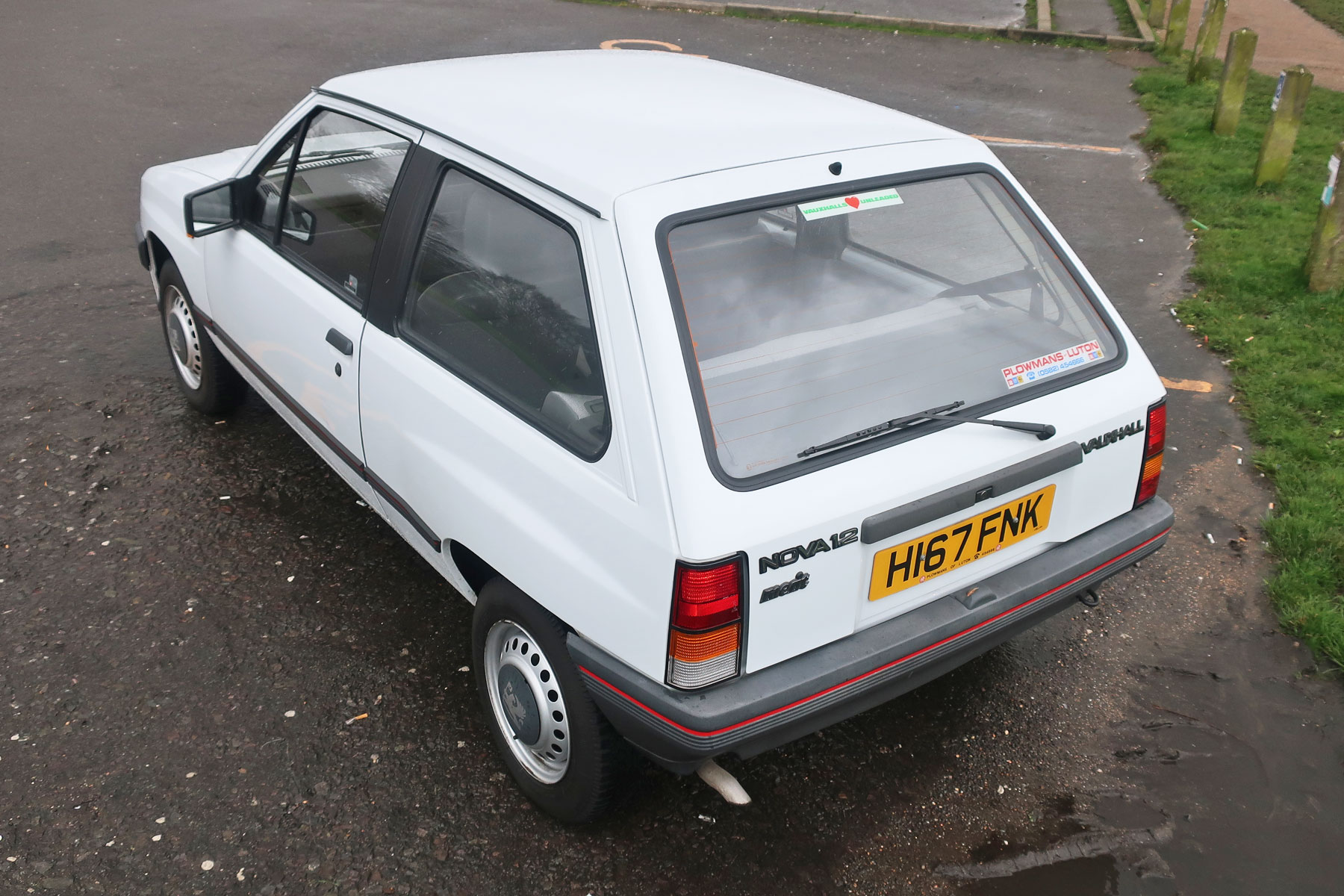 Why start a feature celebrating a 25 years of the Vauxhall Corsa with a drive in a car that’s a) more than 25 years old and b) not a Corsa? Well, in markets other than the UK, the Vauxhall Nova was actually badged ‘Corsa’. The Corsa name wasn’t launched in the UK until 1993 as Vauxhall marketing chiefs believed it sounded too much like the word ‘coarser’.

Even if you don’t consider the Nova part of the Corsa’s history, it’s interesting to drive one as a precursor to the car we all think of as the Corsa.

I’ve driven this Nova before. Back in February 2016, I spent a cold week with H167 FNK. Since then, it’s remained high up on my list of favourite cars I’ve ever driven. Yes, a Vauxhall Nova.

Despite being ‘just’ a 1.2 Merit, FNK feels special. Its odometer is slowly edging towards 20,000 miles, and it still feels box-fresh. Clearly a local car, with its ‘Plowmans of Luton’ dealer sticker on the rear window, it must be one of the best examples of a Nova left on the roads.

It feels small, but it’s not unpleasant to drive. With a little bit of choke on start-up, it happily keeps up with modern traffic, although you’re very aware of its diminutive dimensions on the busy streets of Luton.

I soon notice that I’m driving along with a smile on my face, and cameraman Bradley points out that I’m no longer being grumpy about the awful weather and poor driving standards of other motorists. Driving a car like this in 2018 makes you slow down, relax and enjoy the experience. While they were once 10-a-penny, in a world of ever bigger, faster and more aggressive cars, the humble Nova is something that really deserves to be appreciated.

Today I’m mainly being sad that I don’t own a Nova. One of my favourite heritage cars, even on a wet day in Dunstable. pic.twitter.com/CQPL9ZSjv8 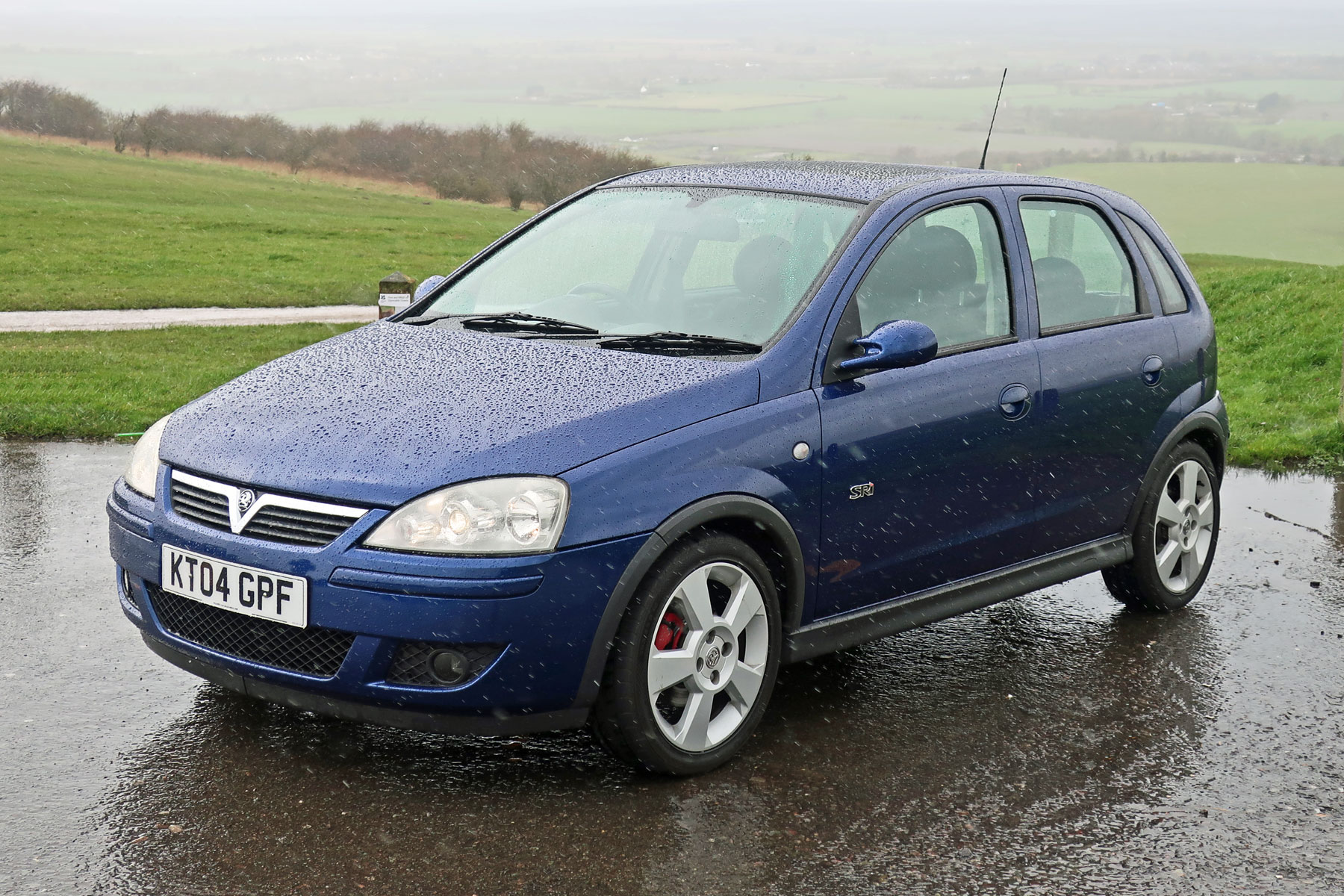 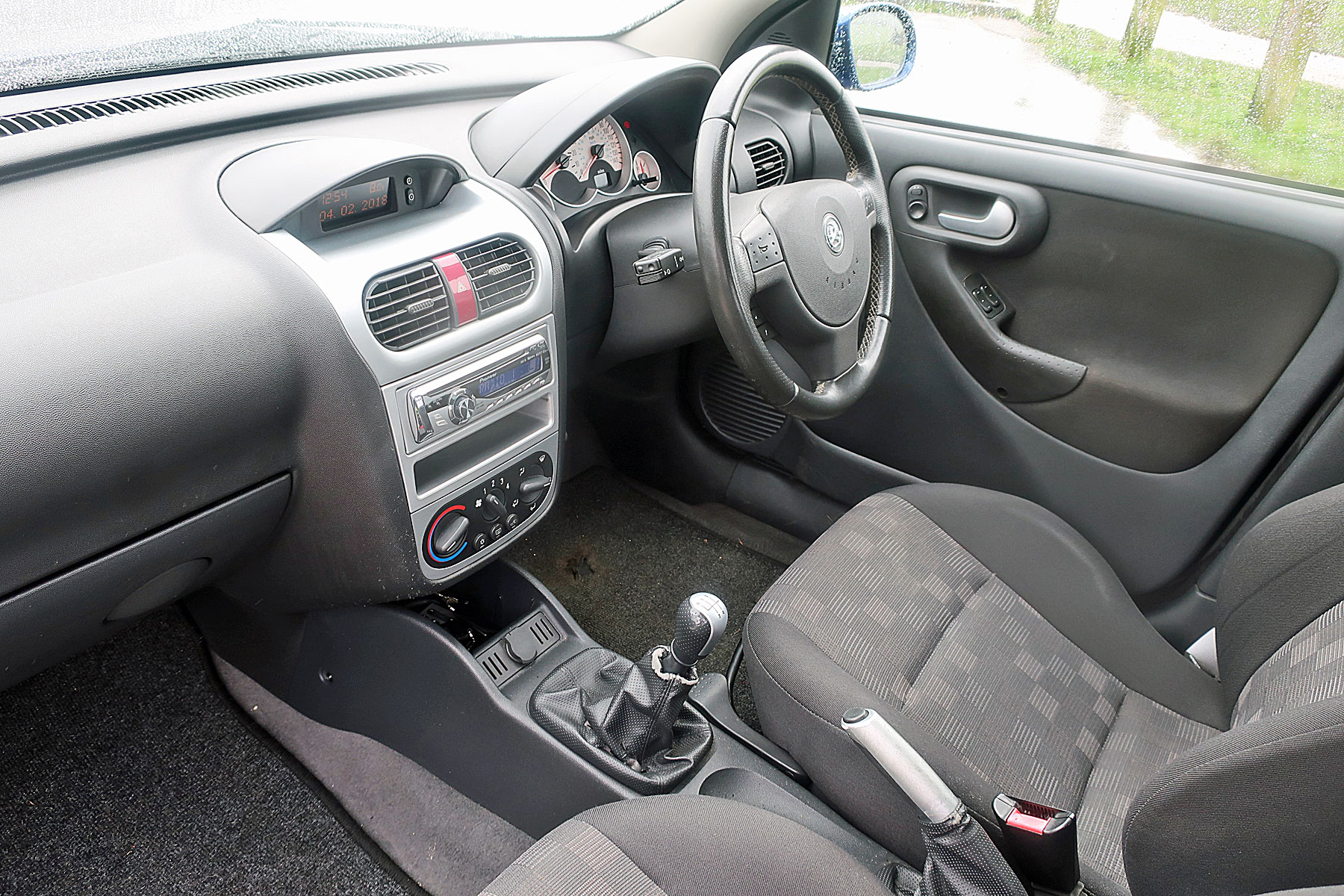 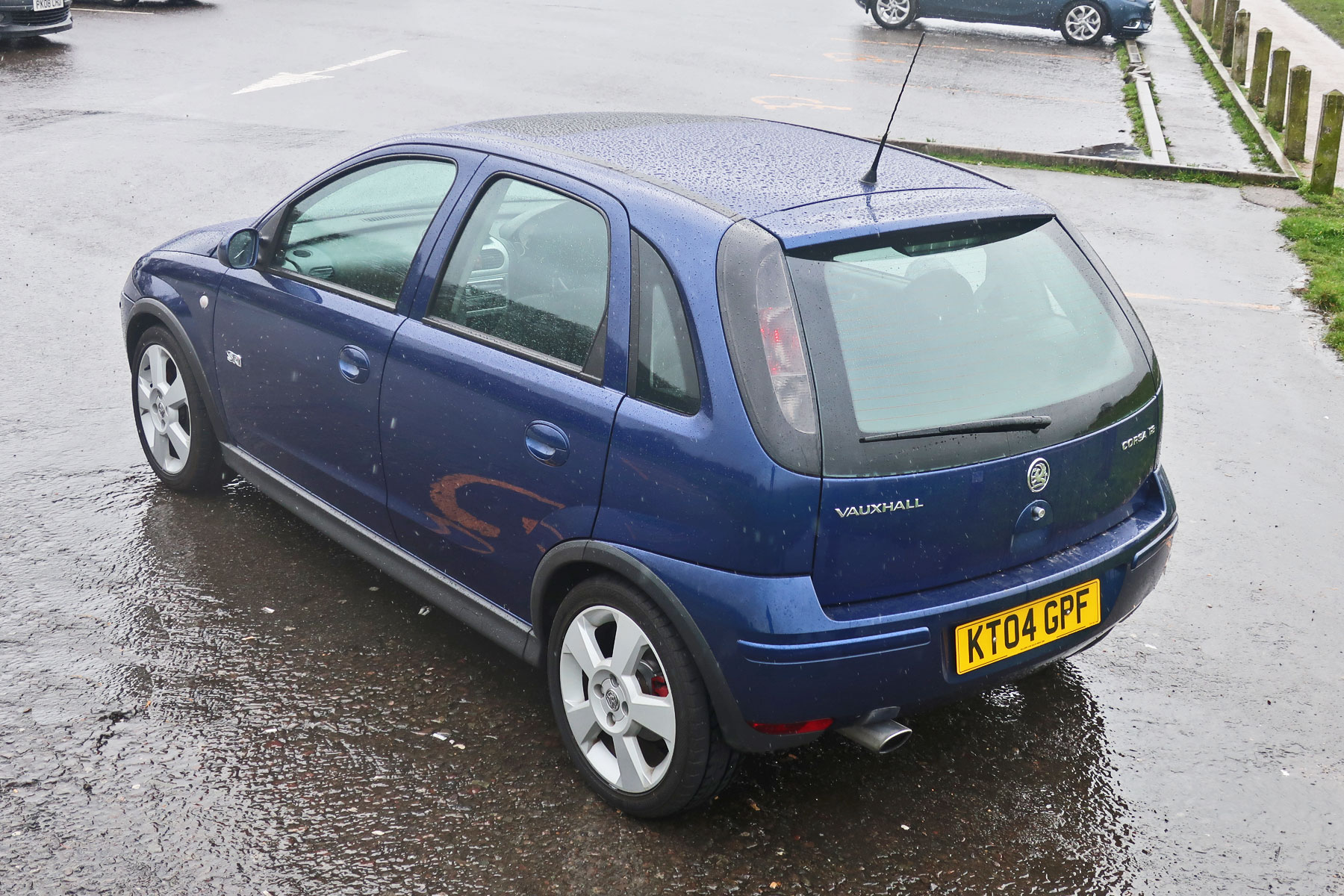 Today, it feels old. It comes as more of a shock than the Nova in some ways – I guess I was expecting the Nova to feel ancient, but I still think of a 2004 Corsa as relatively modern. Finding a comfortable driving position is difficult, with no adjustment in the steering wheel, and there’s a strong smell of cheap air freshener.

I feel vulnerable in it – again, perhaps more so than the Nova – partly aware of all the Corsa Cs owned by friends that ended up wrapped around trees. It feels quick, though, it’s 8.0-second 0-62mph time impressive in a time before 300hp hot hatches.

Although it’s not slow in a straight line, things fall apart slightly in the corners. It just doesn’t handle as well as a Ford Fiesta of the same vintage does. There’s lots of body-roll, while the light steering doesn’t give you a lot of confidence. Of course, hooning down a B-road isn’t natural Corsa territory (even if some enthusiastic owners might argue otherwise). Around town it’s easy to drive – easier than the Nova – and visibility is good.

Is it a modern classic? No. Will it be? I doubt it’ll ever be on my shopping list, even if it does become ultra-rare.

I’d like to pretend that driving this Corsa C today took me back to my youth, but fortunately I was never young. pic.twitter.com/N0PdIfYIiA 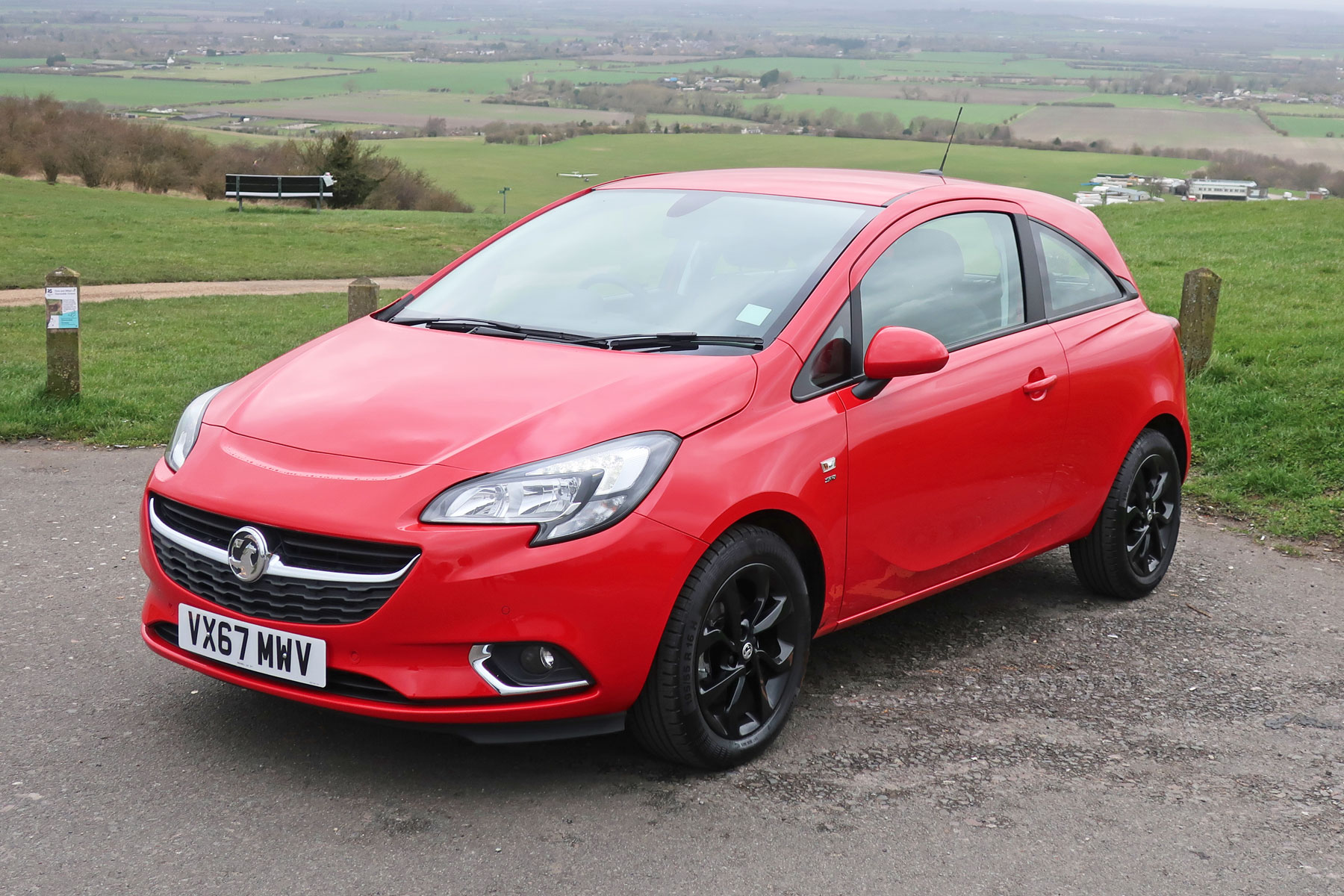 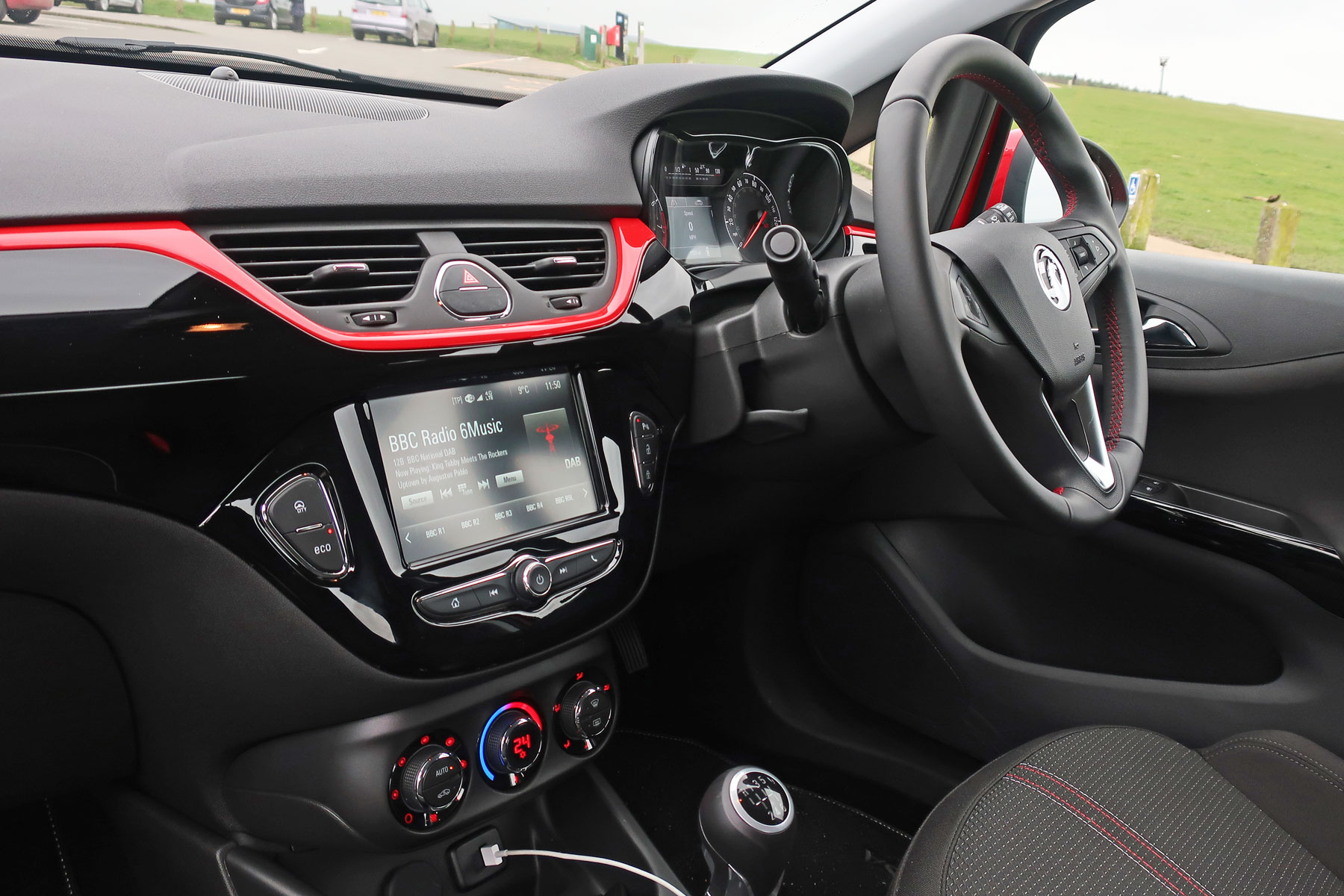 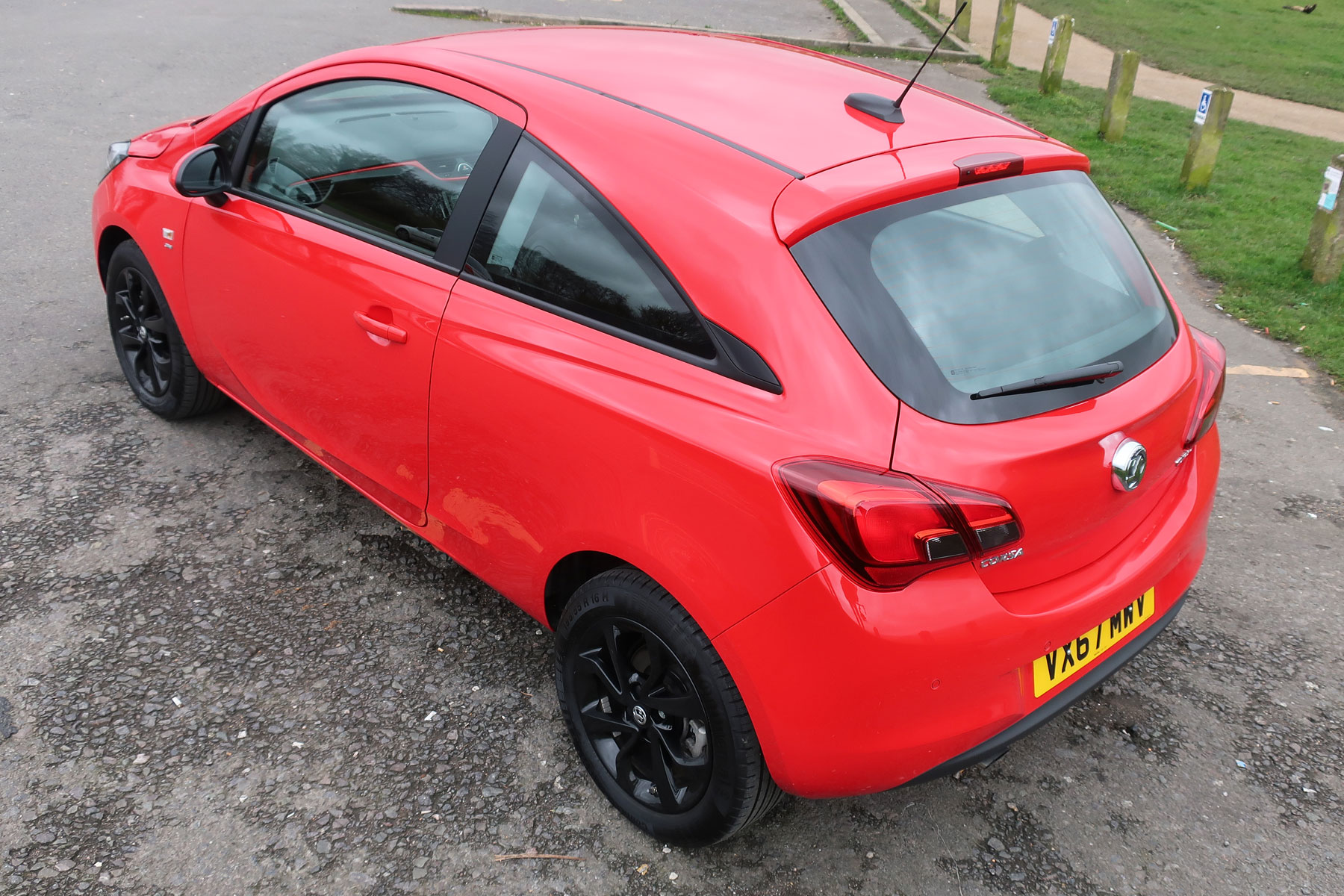 In a competitive supermini world with the likes of the new Ford Fiesta and Seat Ibiza putting in very convincing arguments for your monthly PCP payment, it’s easy to forget just how good the latest Corsa is.

Driving the Nova and Corsa C beforehand might have warped my view slightly, but the new Corsa’s interior is pretty good. Red dash inlays (standard on the SRi) brighten up the inside, as does red stitching – no doubt appealing to young drivers (and me). The infotainment system is easy to use, with CarPlay as standard. We’ve got used to such luxuries now. Indeed, it’s hard to imagine a car in this sector without them.

Engine wise, the 1.4-litre turbo petrol feels eager. Noticeably easy to drive compared to the older cars, you feel safer in the latest Corsa because of the size of it (it’s 399mm longer than the Nova and 182mm longer than the Corsa C).

Even in the handling stakes – whether darting around city streets or on rural roads – the Corsa E feels safe yet fun. It’s no new Fiesta, admittedly, but it’s perfectly pleasant to drive.

Sure, if I was driving alongside modern-day rivals, I probably wouldn’t be quite so positive about the Corsa E. But I’m not, so I will. Besides, I ran one for six months as part of the MR long-term fleet and really enjoyed it. Vauxhall might be going through tricky times at the moment, but I for am looking forward to seeing what the next 25 years brings for the Corsa.