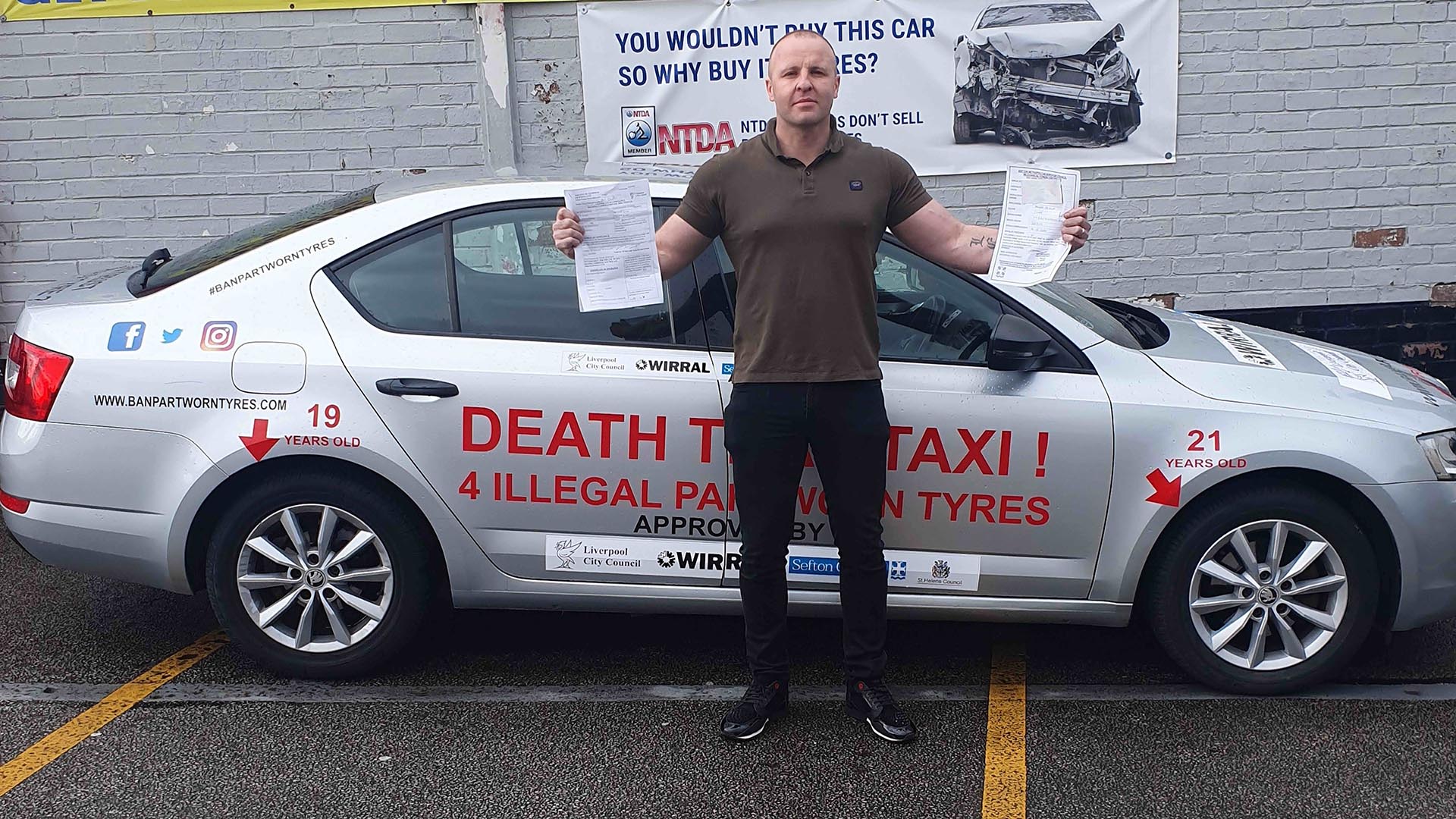 Four councils in the North West of England have been exposed for issuing licenses for a taxi fitted with unsafe tyres.

Liverpool, St Helens, Wirral and Sefton council-approved test centres passed the vehicle, despite the risk. The car in question was fitted with illegal unmarked and unsafe part-worn tyres.

The case has been branded a ‘scandal’ by the National Tyres Distribution Association (NTDA).

John Stone, owner of Stone Tyres in St Helens, fitted a Skoda Octavia with four illegal tyres. Three were part-worn tyres dating from 1999, 2001 and 2003. The fourth was an illegal part-worn winter tyre imported from Germany in 2010. None of the tyres were labelled ‘PART-WORN’ as they should be by law. The letters must be permanently and legibly applied in letters at least 4mm high.

Despite this, each test centre passed the Octavia as safe for use. John Stone says this “raises serious questions” over taxi passenger safety in the North West and the across the UK.

‘It is a disgrace’ 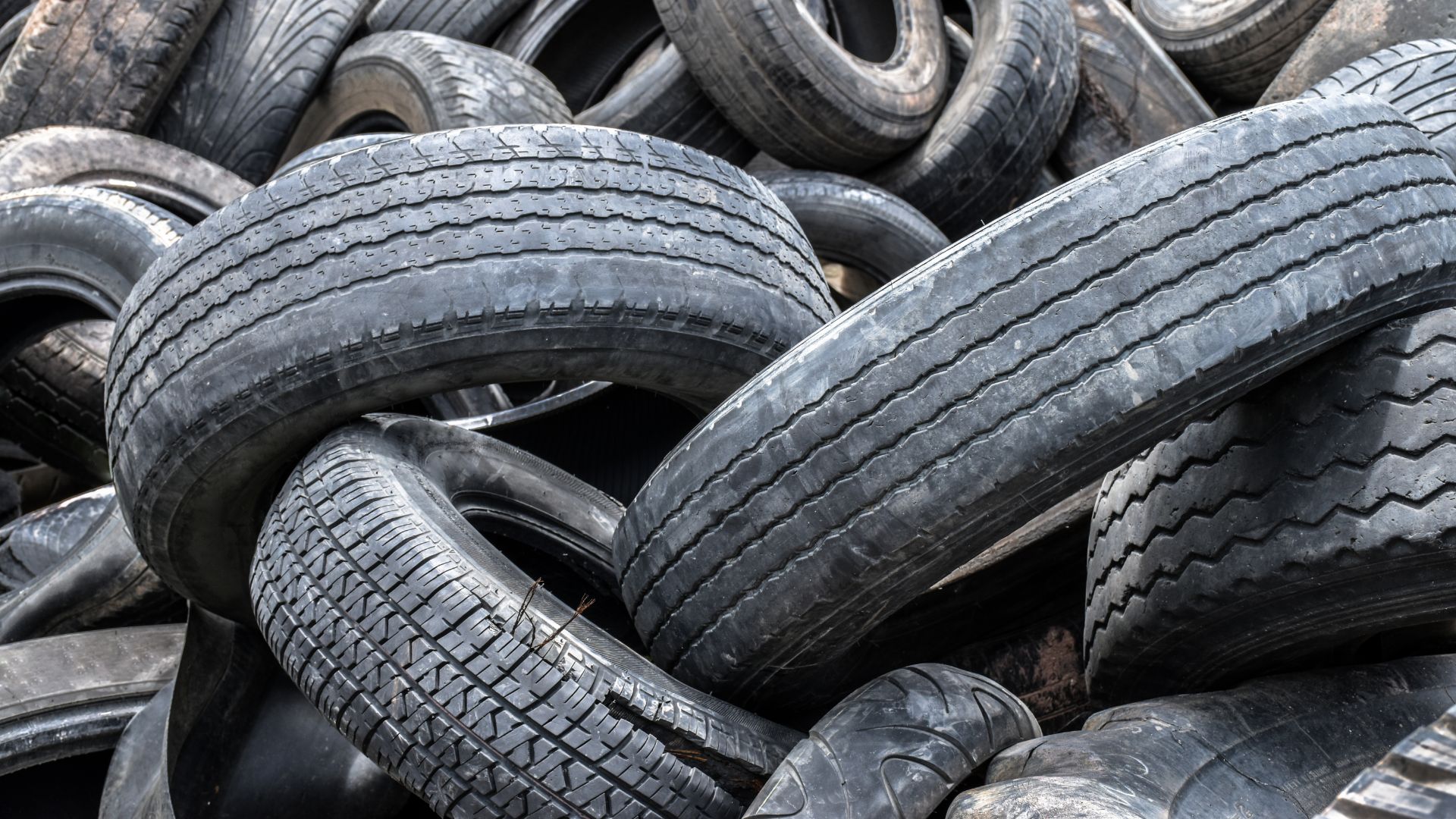 “Part-worn tyres are not safe, yet some councils are awarding licenses to vehicles running on illegal and potentially unsafe tyres – it is a disgrace and the licensing of vehicles running illegal part worn tyres needs to be stopped now,” said Stone.

“Full credit to St Helens council as when I approached them with my findings they took the issue with great seriousness and decided there and then that this wouldn’t be allowed to happen again. I’m pleased to say that on the back of this campaign St Helens [council] has already agreed to ban the use of part-worn tyres on all licensed vehicles. They should be applauded for such a pragmatic and positive response, which ensures the safety of the public.”

Although it is not illegal to sell and fit part-worn tyres, their use is governed by the Motor Vehicle Tyres (Safety) Regulations 1994. It is an offence for anyone to sell a part-worn tyre that does not meet the following requirements:

The NTDA, which represents the UK’s national and independent tyre distributors, is calling for an outright ban on part-worn tyres due to safety concerns. 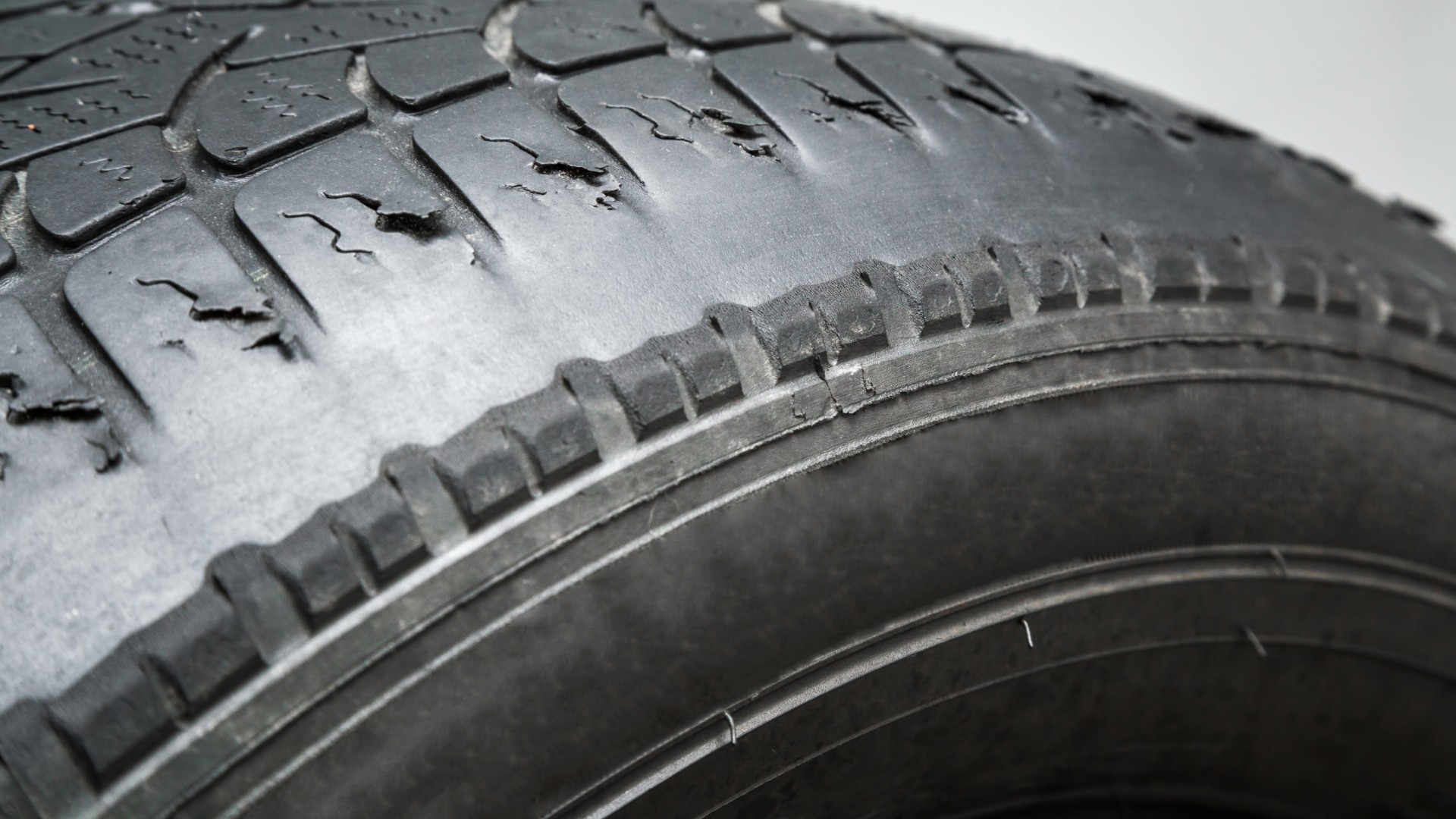 Stefan Hay, NTDA chief executive said: “As we have advised the Department for Transport on a number of occasions part-worn tyres should not be fitted to vehicles, full stop. John has exposed a serious flaw in taxi licensing testing procedures in not one, but four, areas in the North West and we are extremely concerned that the practice is nationwide.

”The combined age of those four different makes of tyre was 67 years old, they had illegal repairs, different speed ratings and no part-worn mark. This really is beyond belief! John is to be applauded for the incredible work he has done to expose this shocking situation, but it is appalling that it has taken his personal efforts to uncover such apathy towards passenger safety.

“Inspections carried out over several years into the sale of part-worn tyres have shown serious safety breaches, including dangerous and unsafe repairs, exposed cords, bead damage and evidence of run-flat damage. We call on these councils to review their procedures without delay.”