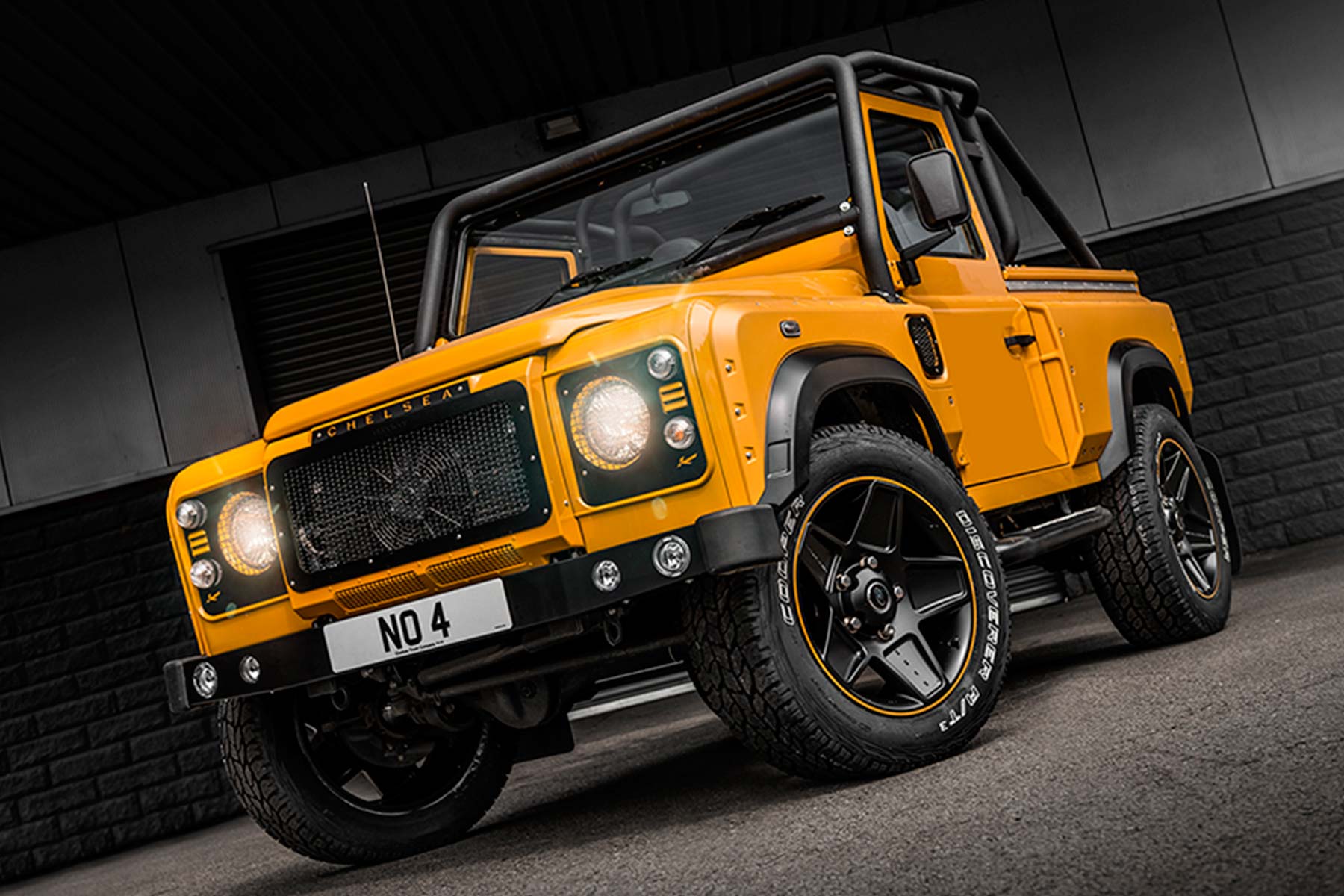 What better way to celebrate the start of the 2018 FIFA World Cup that with a £70,000 custom Land Rover Defender? That’s the view of vehicle modifier Chelsea Truck Company, part of Kahn Design.

It’s hard to argue with the description that the World Cup Edition sets itself apart from ‘virtually anything on the road’, with the Honey Mustard paintwork certainly not subtle. It makes the recent Kahn Vengeance Green Superhero look almost subtle.

The eye-searing colour is applied to Chelsea Wide Track bodywork, with the stretched wheel arches the most obvious feature. 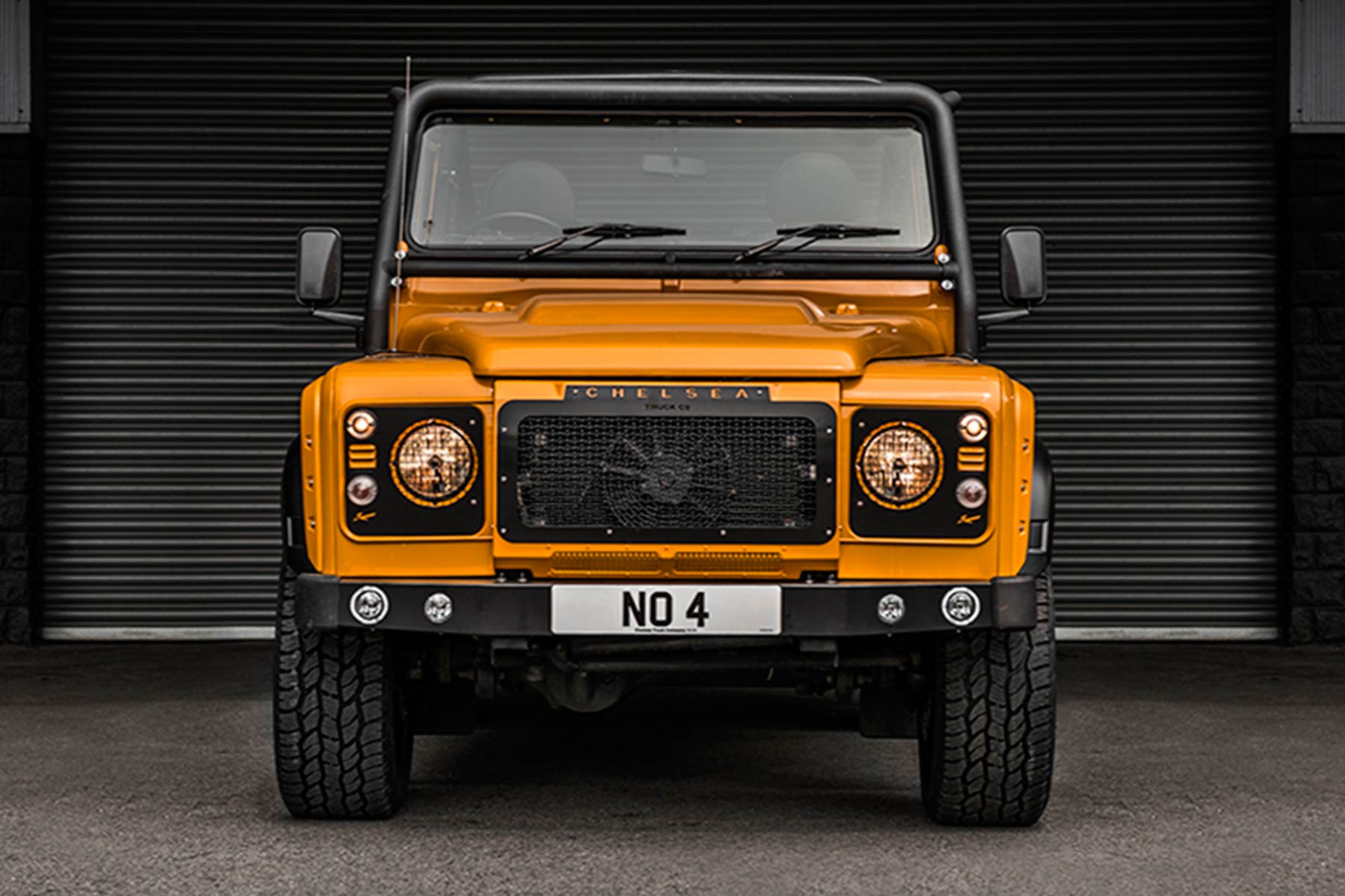 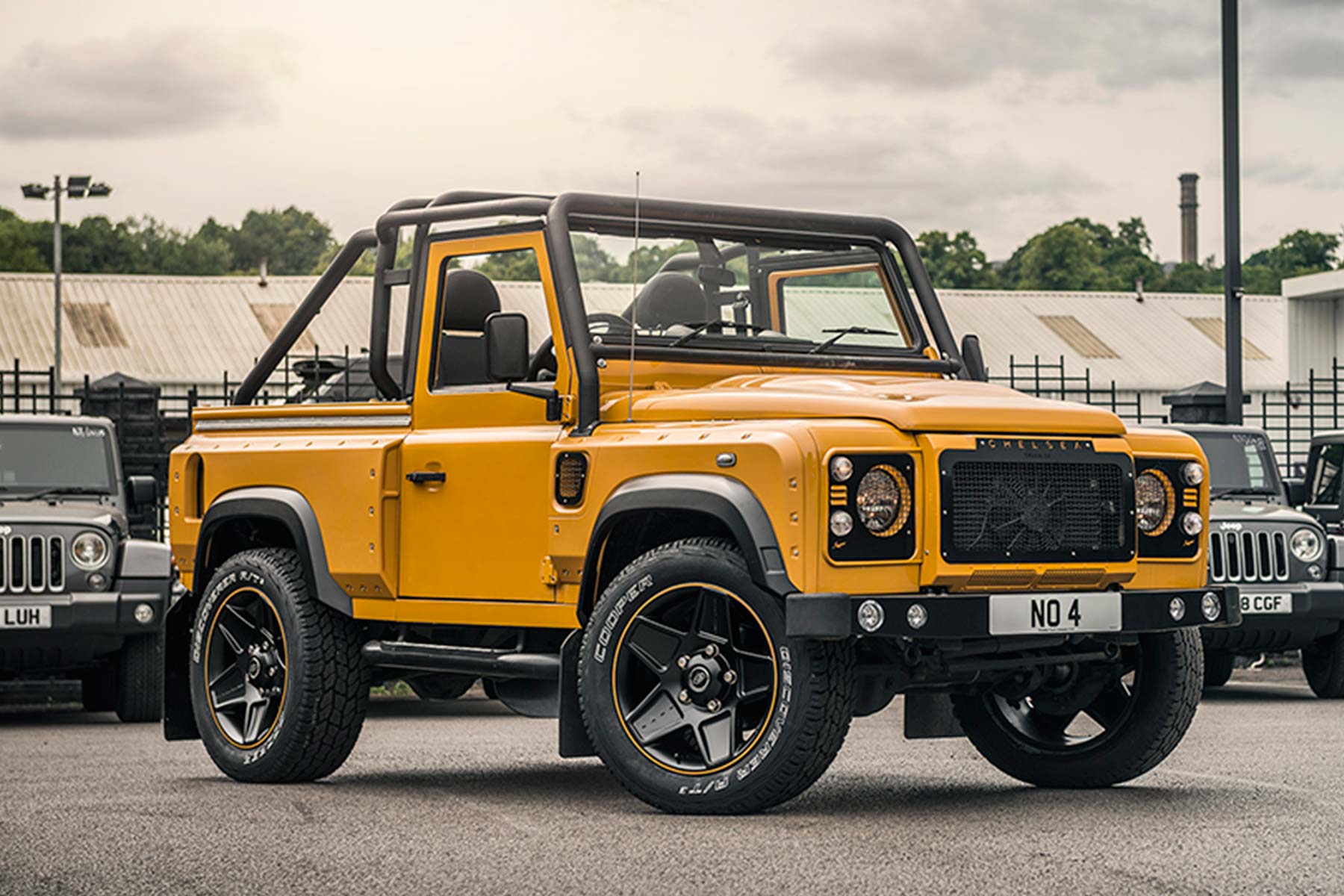 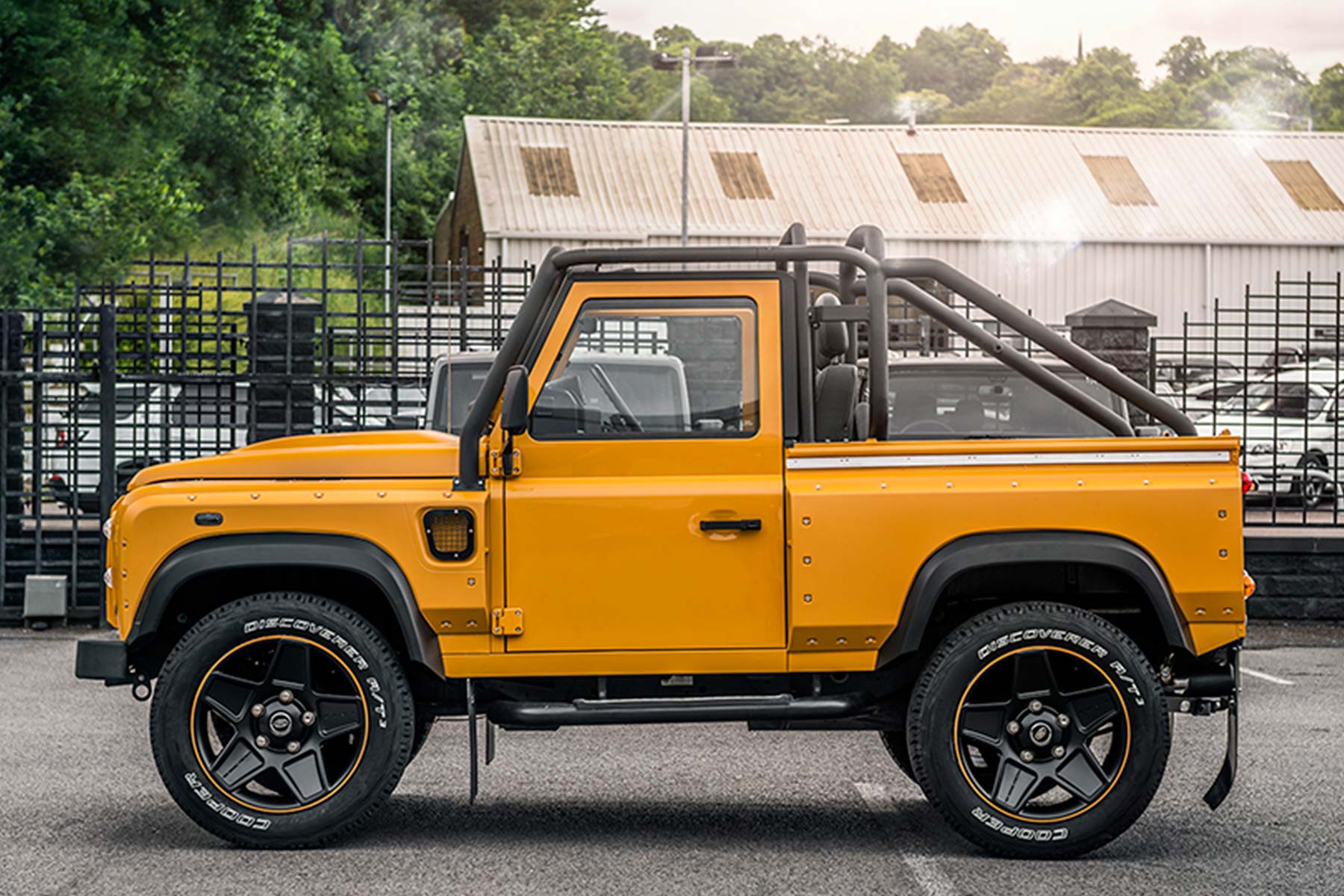 Stainless steel mesh fills vents in the bonnet, there’s a custom X-Lander front grille, and a new bumper with integrated lights. The headlights themselves are replaced with shadow chrome units, and it is also impossible to ignore the gloss black 20-inch Mondial alloy wheel.

Inside the usually spartan Defender interior, almost everything has been covered with leather. That includes the sports seats, the instrument binacle, and the central glove box. A Kahn Design steering wheel made from billet aluminium is not the biggest trinket, as that prize goes to the Churchill Time Clock.

Beneath all the exterior adornments and interior details, the World Cup Edition is powered by the same 2.2-litre TDCI diesel engine as found in a regular Defender. Adding all the additional bits doesn’t come cheap, with the lucky buyer needing £69,995 to take home the World Cup edition. 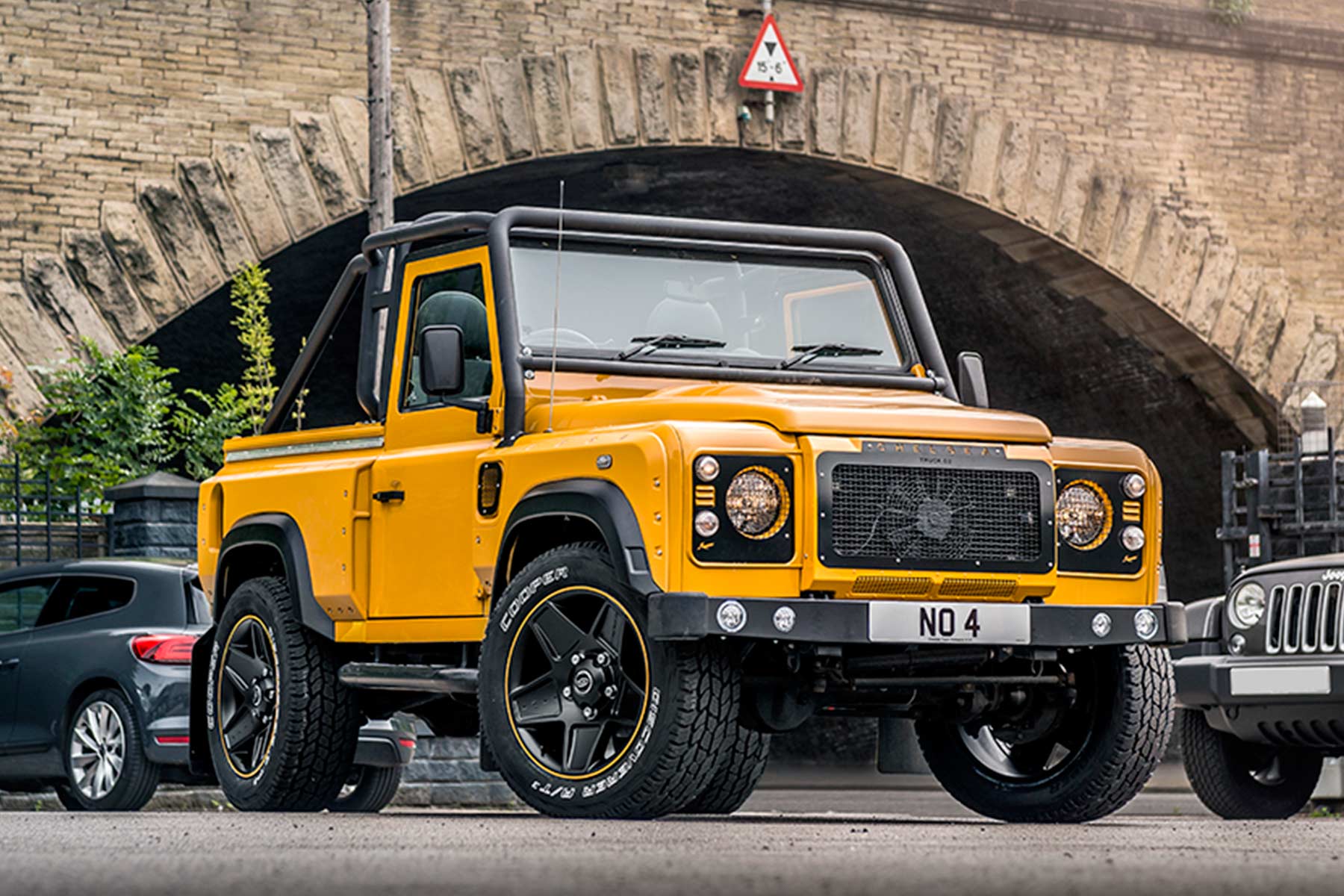 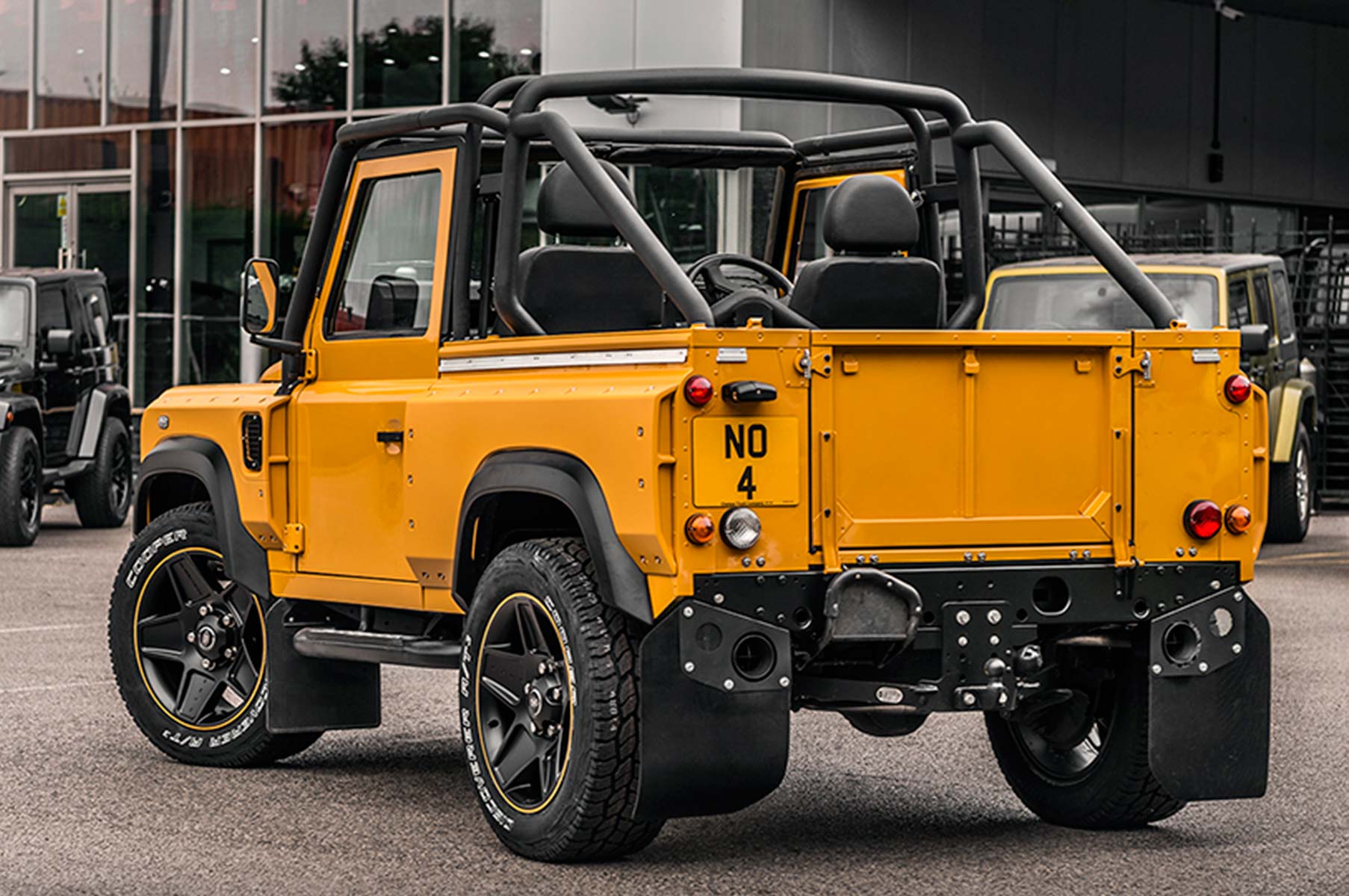 Kahn Design founder and CEO Afzal Khan also has plans to try to encourage members of England’s football team to give it their all at the World Cup.

Should England lift the trophy, Mr Kahn has promised to gift midfielder Eric Dier the number plate ‘NO 4’, said to be valued at £500,000. Defender Danny Rose would also have a choice of number plates, said to reward him for his openness about his battles with depression.

England play their first game of the 2018 World Cup against Tunisia on Monday 18th June. That might give us some indication as to whether the promise of number plates helps England score.