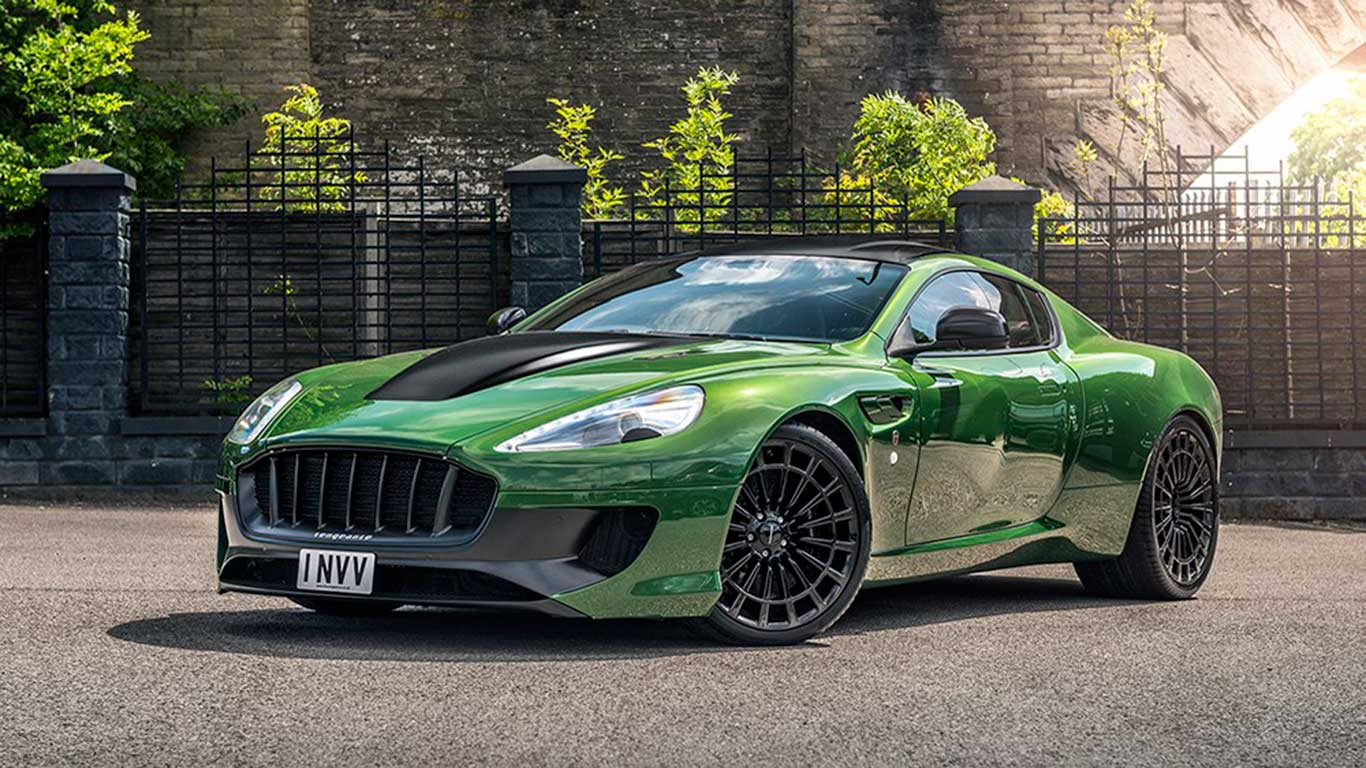 Kahn Design, the Bradford-based car modifying company, has announced a new version of its bespoke supercar.

First unveiled at the 2015 Geneva Motor Show, this is the latest version of ‘The Vengeance by Kahn Design’ to be shown. It’s certainly the most eye-searing to date, with paintwork that seems guaranteed to grab attention on social media.

However, it’s the more traditional media of cinema that Kahn is targeting with the Vengeance Green Superhero. With Kahn products having appeared in the 2014 Tom Cruise film Edge of Tomorrow, the company believes this Vengeance is perfect for the next Marvel blockbuster.

It certainly looks different, with a gaping front grille created from a single piece of billet aluminium. The doors, bonnet, roof, and wings all gain attention, with new parts also formed by hand from aluminium.

The alloy wheels are by Kahn, and designed to look like a roulette wheel. The fronts have 16-spokes, while the larger rears have 18 spokes. Inside, the interior is said to be covered in the ‘most supple leather’, with the seats handmade by Kahn’s craftsmen.

Kahn purchased five DB9 chassis from Aston Martin for transformation into a Vengeance, and it leaves most of the oily bits untouched. The fitment of a loud stainless steel exhaust is the only performance modification, with the 5.9-litre V12 producing the same 510hp and 457lb ft of torque as it did in the DB9.

Getting in the next Marvel film is no easy task, given that big brands have already wooed the cinema studios. The Iron Man and Avengers series of films included heavy product placement by Audi, while the Lexus LC 500 was the star of the recent Black Panther movie.

Company founder Afzal Kahn created the Vengeance as his own dream car, meaning potential buyers need to be on the same page when it comes to taste. They’ll also need in the region of around £300,000: more than twice the price of a low-mileage Aston Martin DB9 GT…