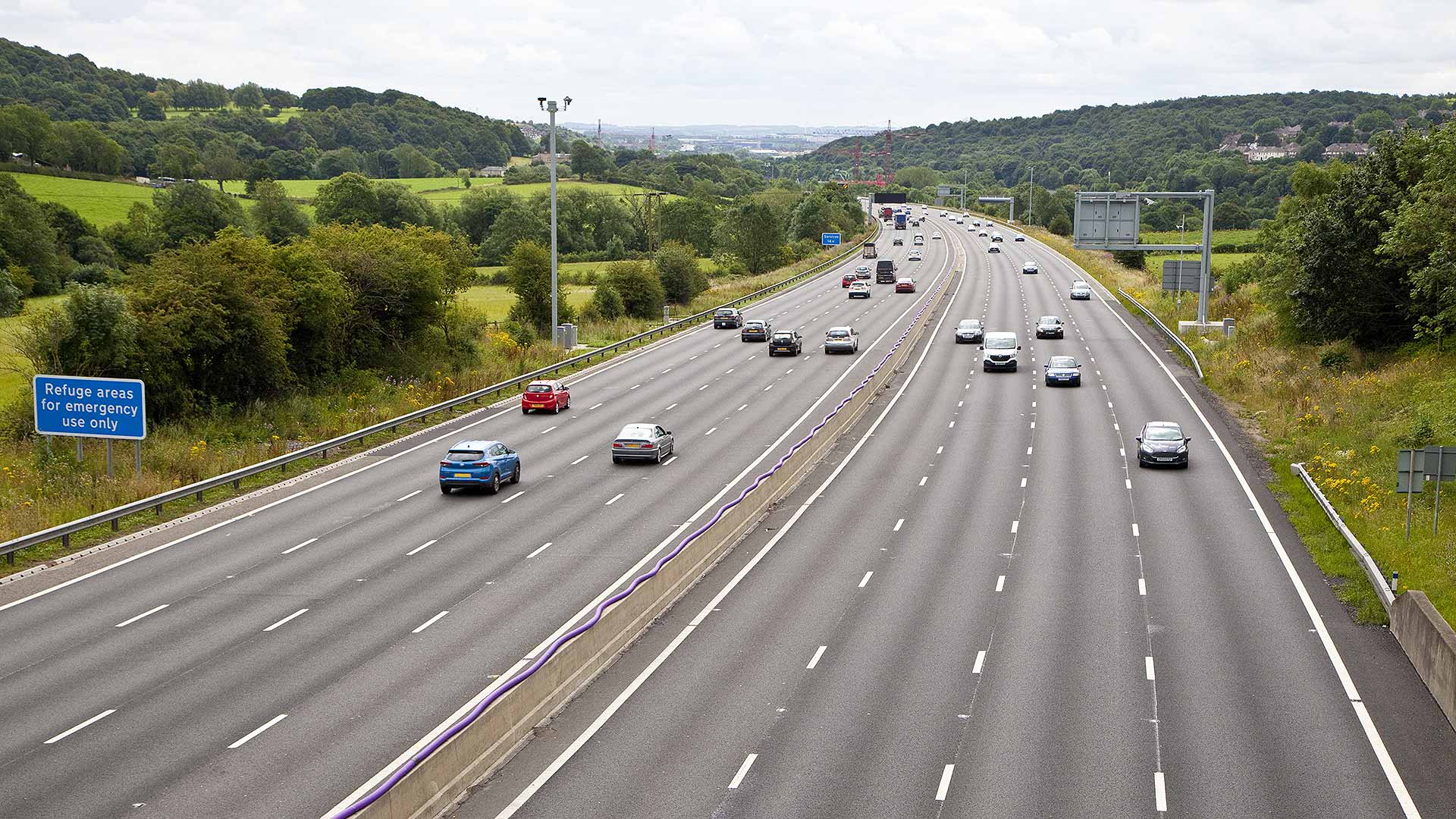 Smart motorways are to be overhauled by a series of measures aimed at improving safety and driver confidence.

These include abolishing the ‘dynamic hard shoulder’, building more emergency areas, and speeding up the installation of cameras that detect stopped vehicles.

The target is for a radar-based ‘stopped vehicle detection’ system to be installed across the smart motorway network within three years.

They can detect stopped vehicles within 20 seconds and then quickly close live lanes.

“In most ways, smart motorways are as safe as, or safer than, the conventional ones,” said transport secretary Grant Shapps in announcing the measures.

However, some risks are higher, he acknowledged – including the risk of a collision between a stationary and moving vehicle.

The action plan will “allow us to retain the benefits of smart motorways while addressing the concerns that have been identified”.

Mr Shapps acknowledged that dynamic hard shoulders are confusing. These are where the hard shoulder operates only intermittently, and is otherwise a live running lane during peak times.

This earlier type of smart motorway is no longer built and today only forms a small proportion of the overall network.

More significant measures include reducing the distance to emergency areas to around three-quarters of a mile, and to a maximum of one mile.

Today, they can be spaced up to a mile and a half apart.

An additional 10 emergency areas will be installed on the M25 and Highways England will investigate sections of the M6 and M1 where there has been a series of accidents.

The government also plans to spend an extra £5 million on campaigns to inform motorists about smart motorways and how to use them safely.

Launching later in 2020, these will include advice on what to do if drivers break down on a smart motorway.

RAC head of roads Nicholas Lyes said: “Two-thirds of drivers tell us that they believe permanently removing the hard shoulder compromises safety in the event of a breakdown.

“While it is welcome that the Government has listened to their concerns and undertaken this review, it remains to be seen whether these measures go far enough to protect drivers who are unfortunate enough to break down in live lanes.”

Road Haulage Association chief executive Richard Burnett said: “Mr Shapps is the first Secretary of State for many years who has listened to what we have to say and who is taking action.

“I am pleased at Mr Shapps’ announcement that an additional £5 million is to be spent on a national, targeted communication campaign to increase drivers’ understanding of how to use smart motorways properly.”

Regarding the number of safety areas, Mr Burnett said the RHA had “always considered there to be too few refuge areas following the initial pilot scheme on the M42 when they were 500m apart and we welcome an increase in their number.

“However, if smart motorways are to be smart, they should not have been rolled out before the ‘stopped vehicle detection systems’ were in place across the whole network. Waiting another three years is just too long.”

Mr Lyes agreed: “The commitment to install stopped vehicle detection technology on the whole network is a positive step, but a three-year timeframe will feel like an eternity considering the concerns many drivers have about all lane running schemes.”

The RAC did, however, praise a commitment to allow roadside patrols and recovery vehicles to use red flashing lights – “a step that we hope will improve the safety of roadside patrol and operators”.