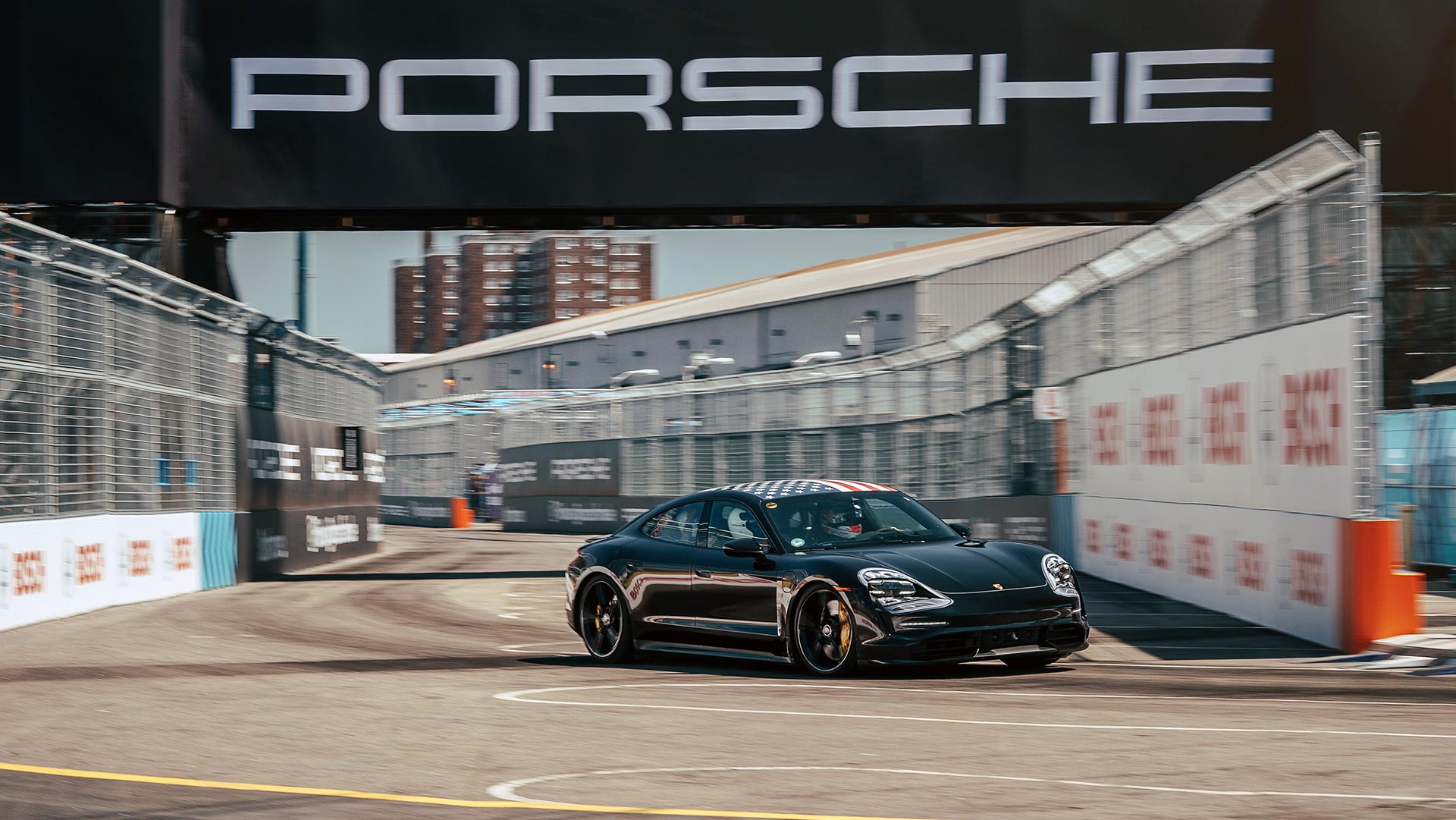 Formula E fans in New York City got a first glimpse at the all-electric Porsche Taycan as part of the dazzling season finale.

The countdown is on to the official launch of the battery-powered Taycan, set for September 2019.

More than 20,000 individuals have already registered their interest, and no doubt some were watching keenly from the stands in Brooklyn. 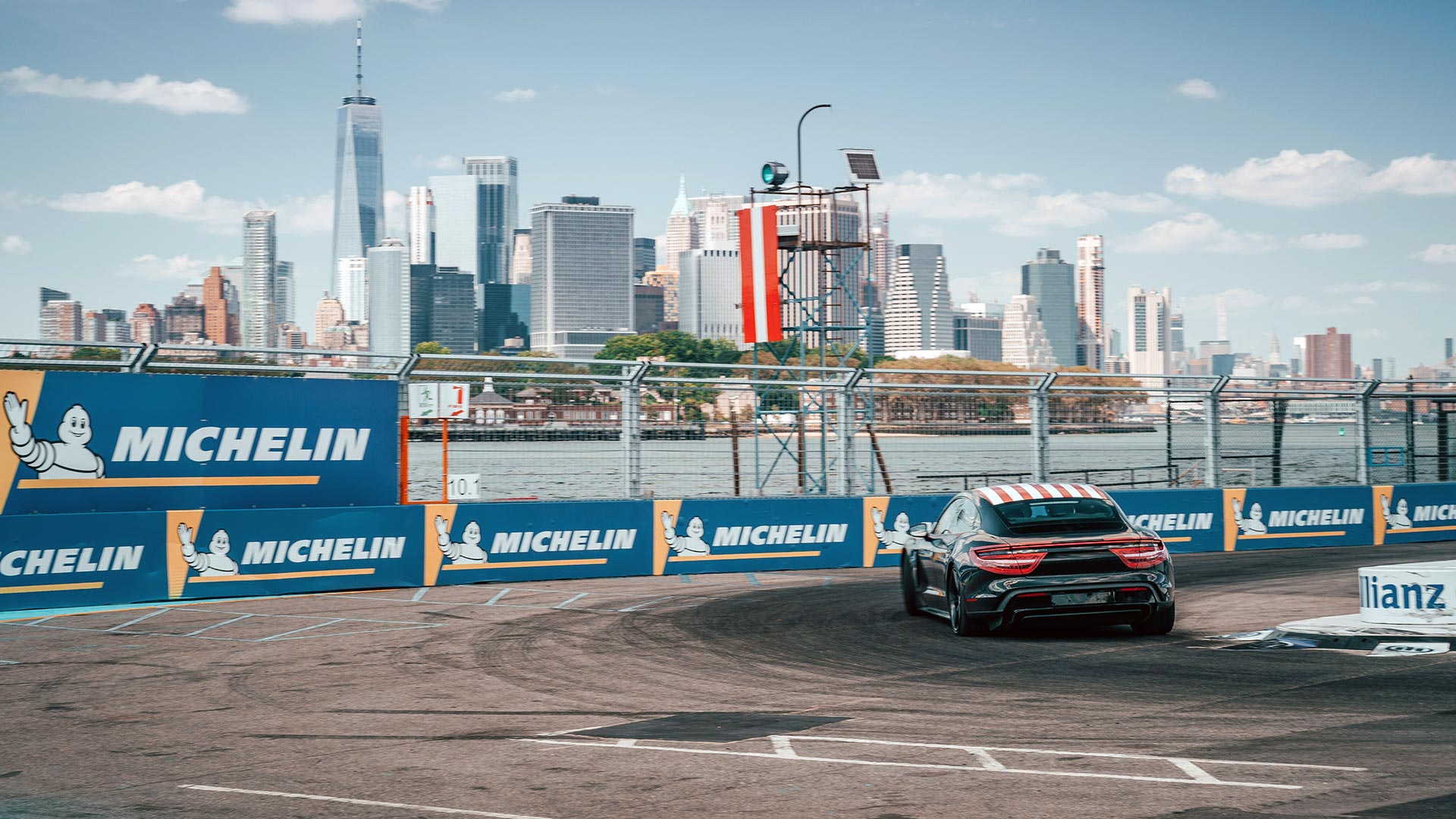 Keen to prove the potential of the Taycan, Porsche made use of top racer Neel Jani for driving duties in NYC. Jani has previously won the Le Mans 24 Hours race, and the World Endurance Championship with Porsche, so is no slouch when it comes to the track.

Capable of hitting 0-60 mph in under 3.5 seconds, the Taycan made a rapid demonstration run, with the prototype wearing a special stars-and-stripes design.

Swiss-born Jani was also getting some extra practice in. He will be competing for the Porsche team in the 2019-2020 Formula E Championship, which begins in November this year. 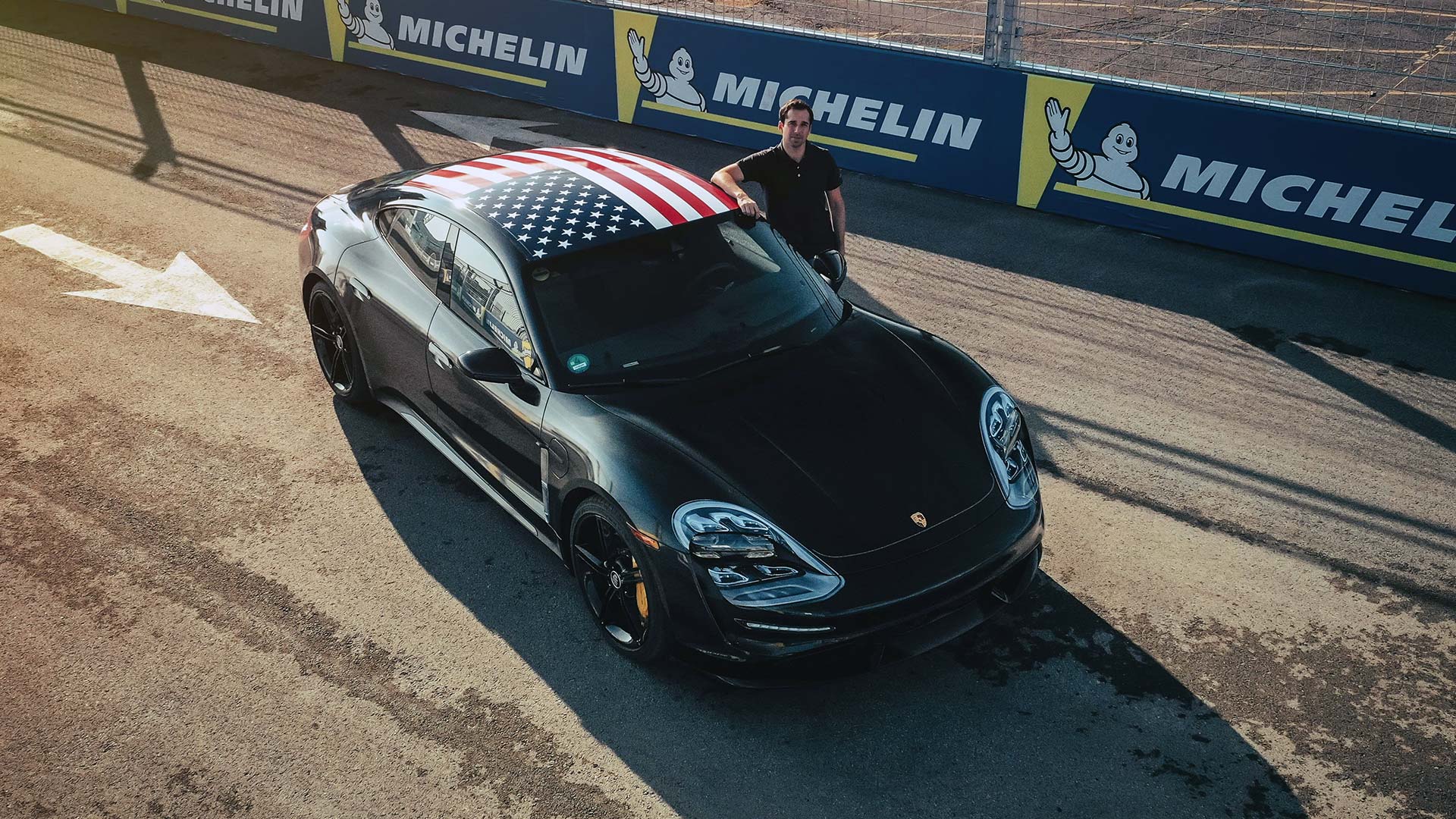 The New York event was the final stop on a whirlwind global tour by the Taycan prototype model.

Previously, the car has made an appearance at the Porsche Experience Centre in Shanghai, China. There it was driven by Li Chao, a Chinese racing driver who competes in the Porsche Carrera Cup Asia.

With demonstrations of the Taycan’s abilities now made on three continents, even the most ardent Porsche purists may be starting to accept the performance it can bring…