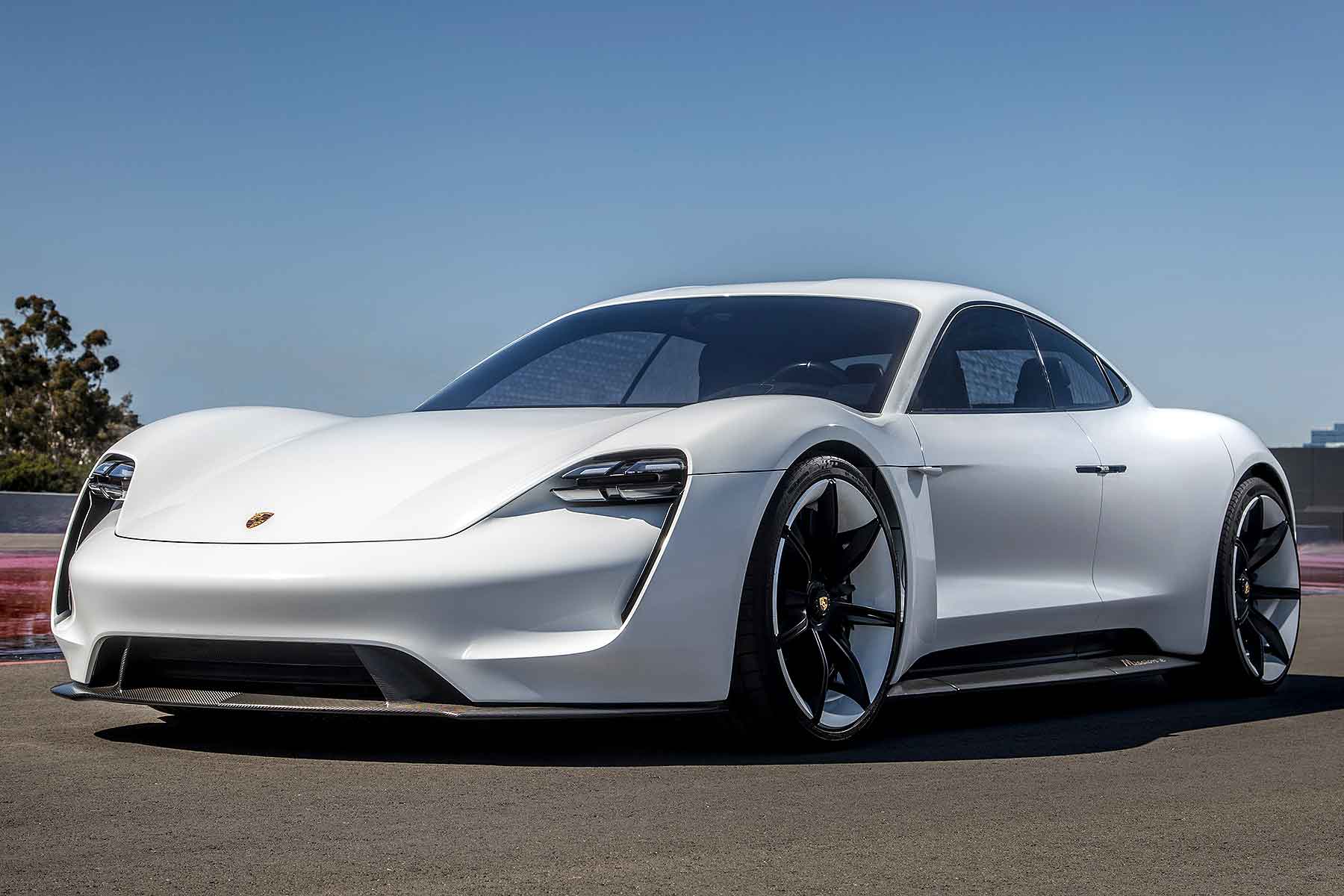 The Porsche Taycan is the official production name chosen for the Porsche Mission E concept car, Porsche’s first ever all-electric car. Production will commence in 2019.

Apparently, a Taycan is, via a rough translation from an unspecified oriental language, a ‘lively young horse’. Since 1952, the Porsche crest has featured a similarly excitable horse rearing up. And the similarities don’t end there, said Oliver Blume, Porsche AG chairman.

“Our new electric sports car is strong and dependable; it’s a vehicle that can consistently cover long distances and that epitomises freedom.” 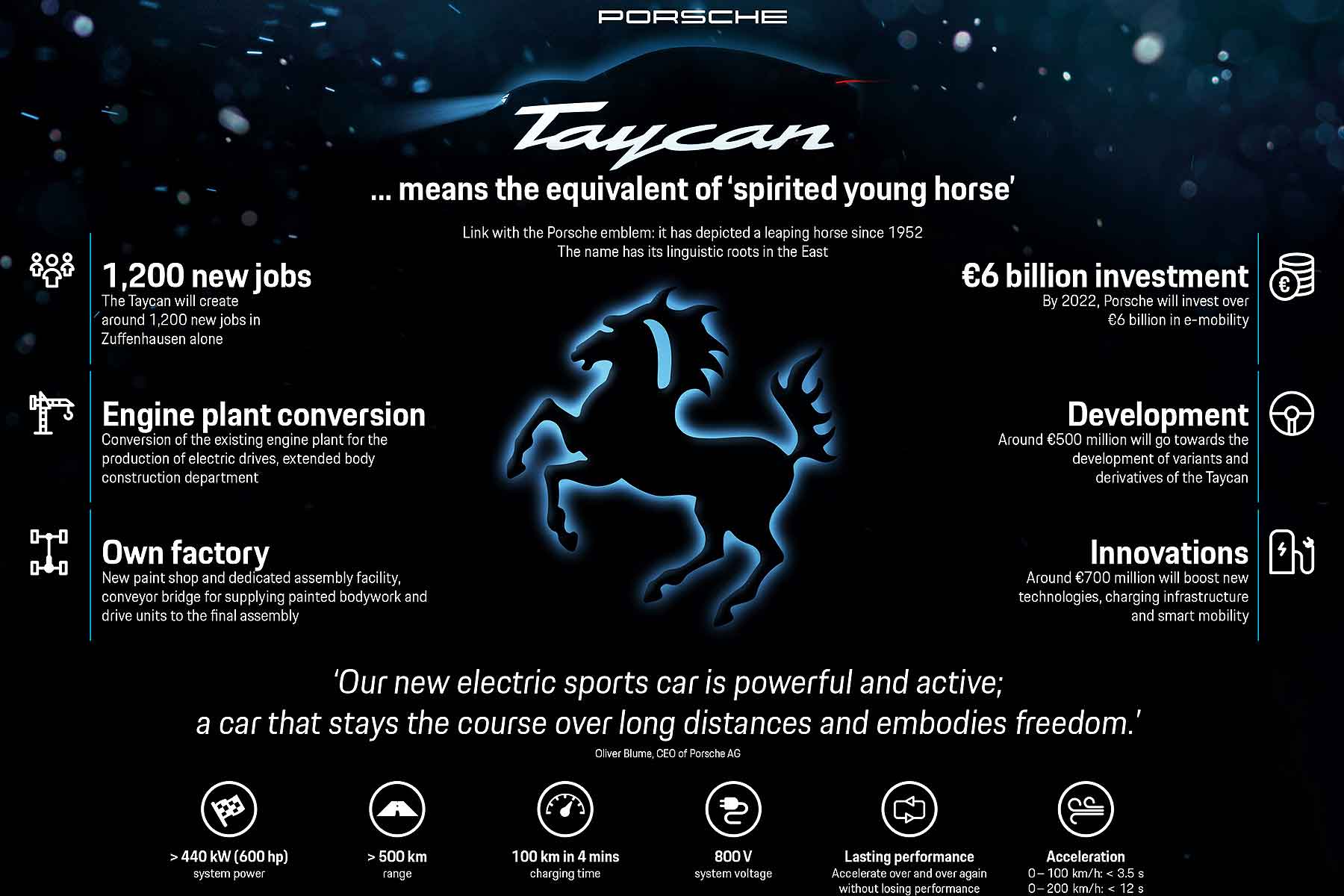 It’s the latest Porsche name that corresponds with the model and its characteristics, insists Porsche. Take the other models in its range:

Presumably the 911 needs no explanation.

Porsche says the new Taycan four-door, four-seat EV sports car will use dual electric motors putting out over 600hp. It will run 0-62mph in “well under” 3.5 seconds and 0-124mph in under 12 seconds. “The performance is in addition to a continuous power level that is unprecedented among electric vehicles.” 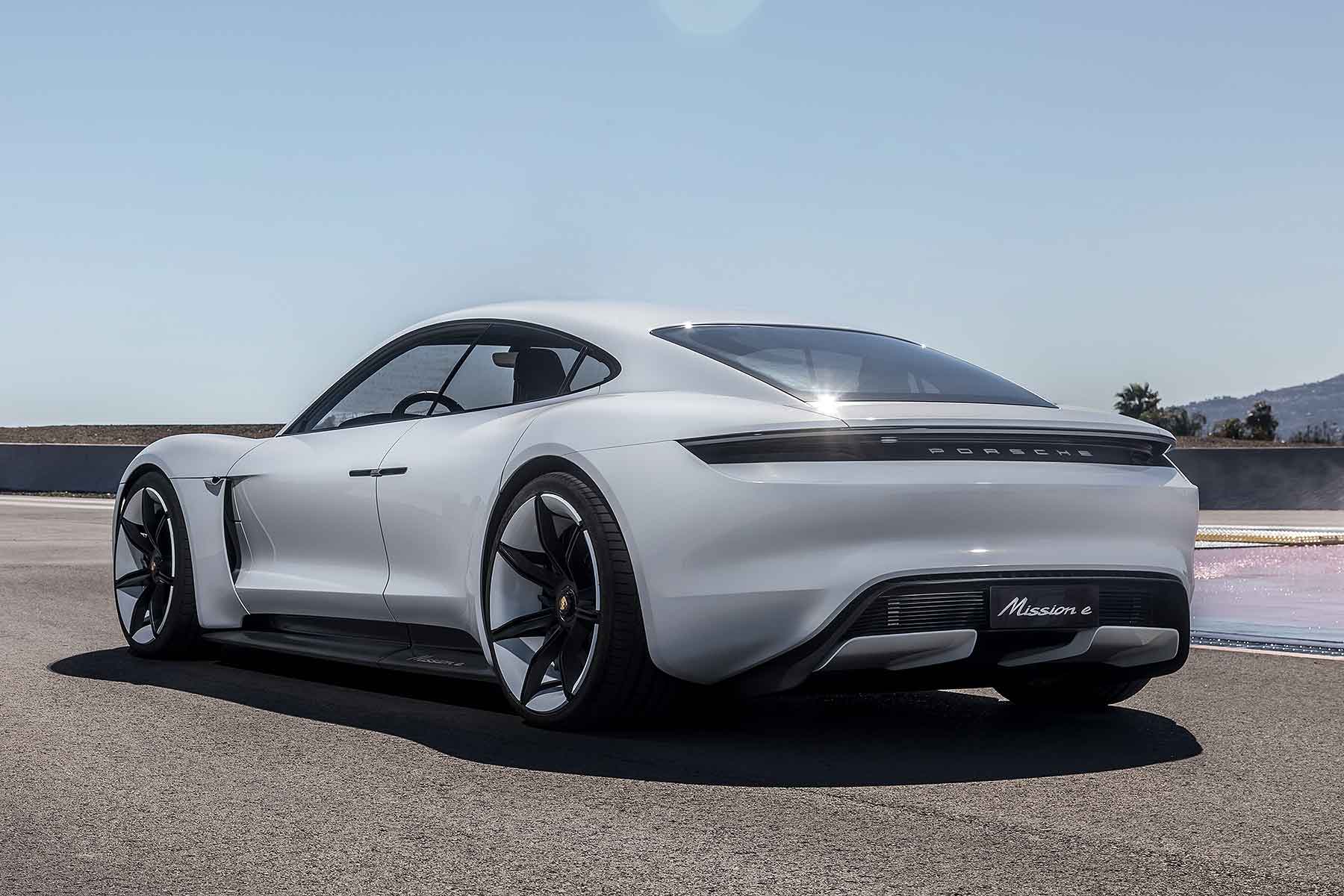 Porsche says “multiple fast starts are possible in succession without loss of performance,” and also confirms the Taycan’s maximum EV driving range will be well over 300 miles.

It’s going to be built at the Porsche HQ in Zuffenhausen, where work is already underway on a new paint shop and dedicated assembly area. Even the existing engine shop is being expanded to also build the Taycan’s electric drive units; around 1,200 new jobs will be created in Zuffenhausen thanks to the addition of the new Porsche EV.