It may not be rear-engined, but this Junior 108 tractor could be an affordable route into the classic Porsche ownership experience 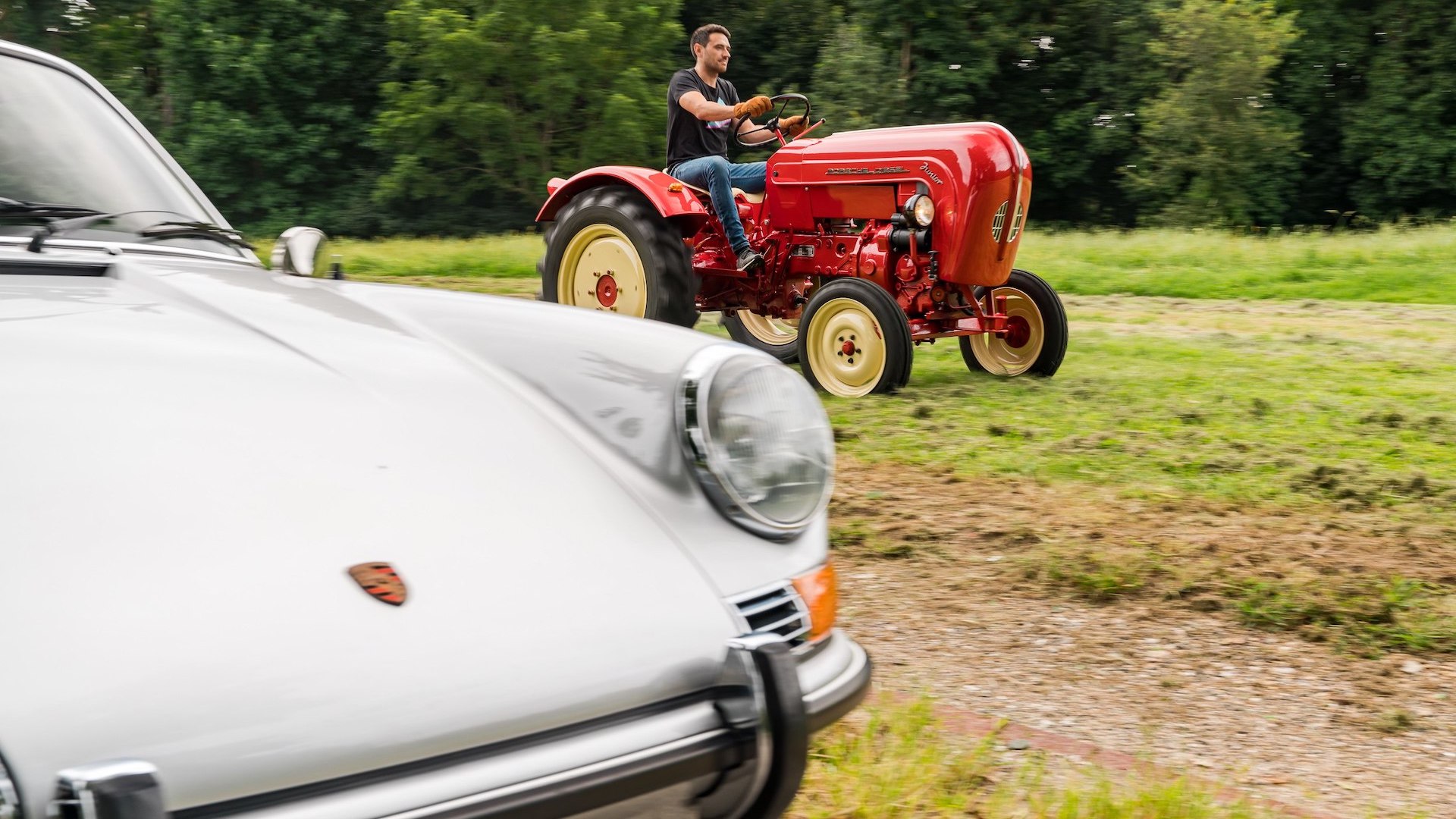 Forget ideas of buying a vintage 911 or 356 for that kind of money though. Your aspirations may need to be a little more agricultural and down to earth.

Instead, you could become the proud owner of a Porsche Diesel Junior tractor. Like the one currently advertised for sale on ClassicCars.com.

Tractors for the people 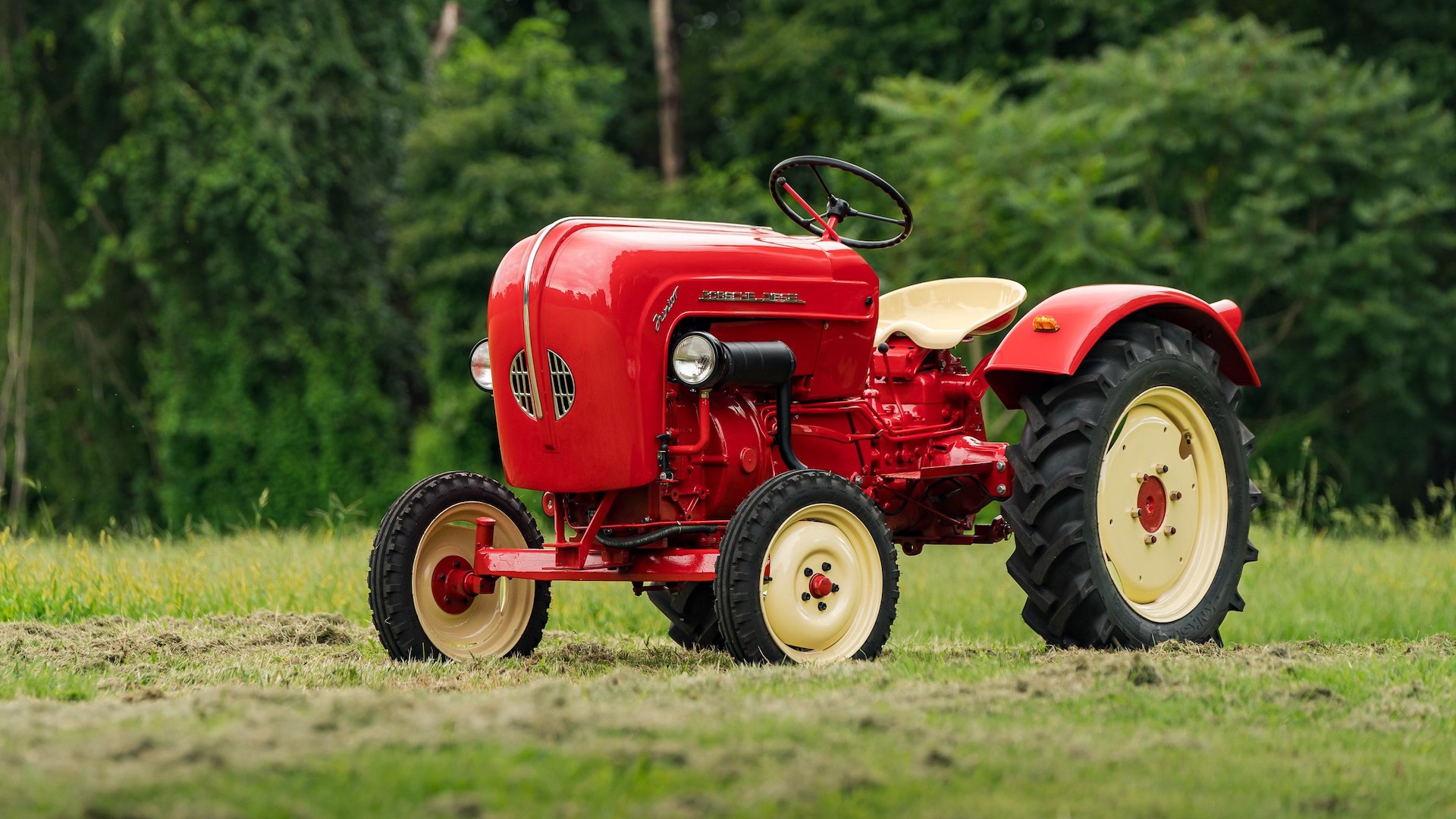 Company founder Ferdinand Porsche had experimented with the idea of an affordable tractor during the 1930s. World War II curtailed many of Ferdinand’s plans, including an early concept for a four-wheel drive tractor.

After WWII, Porsche signed licensing deals with various companies to enable their tractor ideas to be produced. In 1956, Mannesmann AG bought the rights to Porsche’s tractor designs, creating the Porsche-Diesel brand. 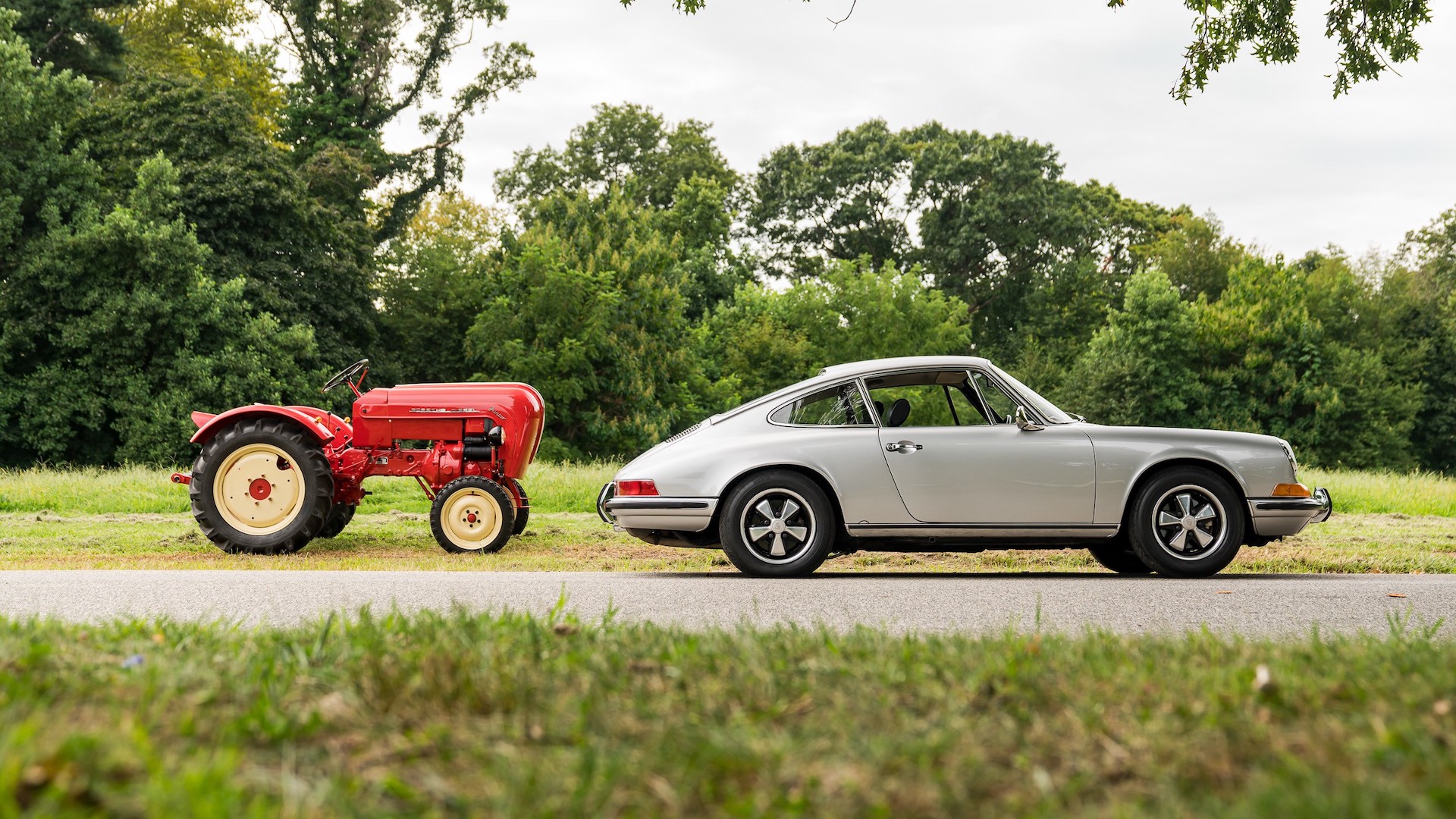 Although a whole range of Porsche tractors were sold, the Junior model proved to be the biggest success. Farmers would need to find $1,750 to buy one new, whilst the fancy ‘Super’ would cost $3,600.

It means that examples like this 1959 Porsche-Diesel Junior 108 are relatively rare in North America, boosting their collectibility.

Power comes from an 822 cc air-cooled single-cylinder diesel engine, producing 15 horsepower. Performance is, understandably, sedate but it does at least come with a six-speed transmission.

Restored from a working life 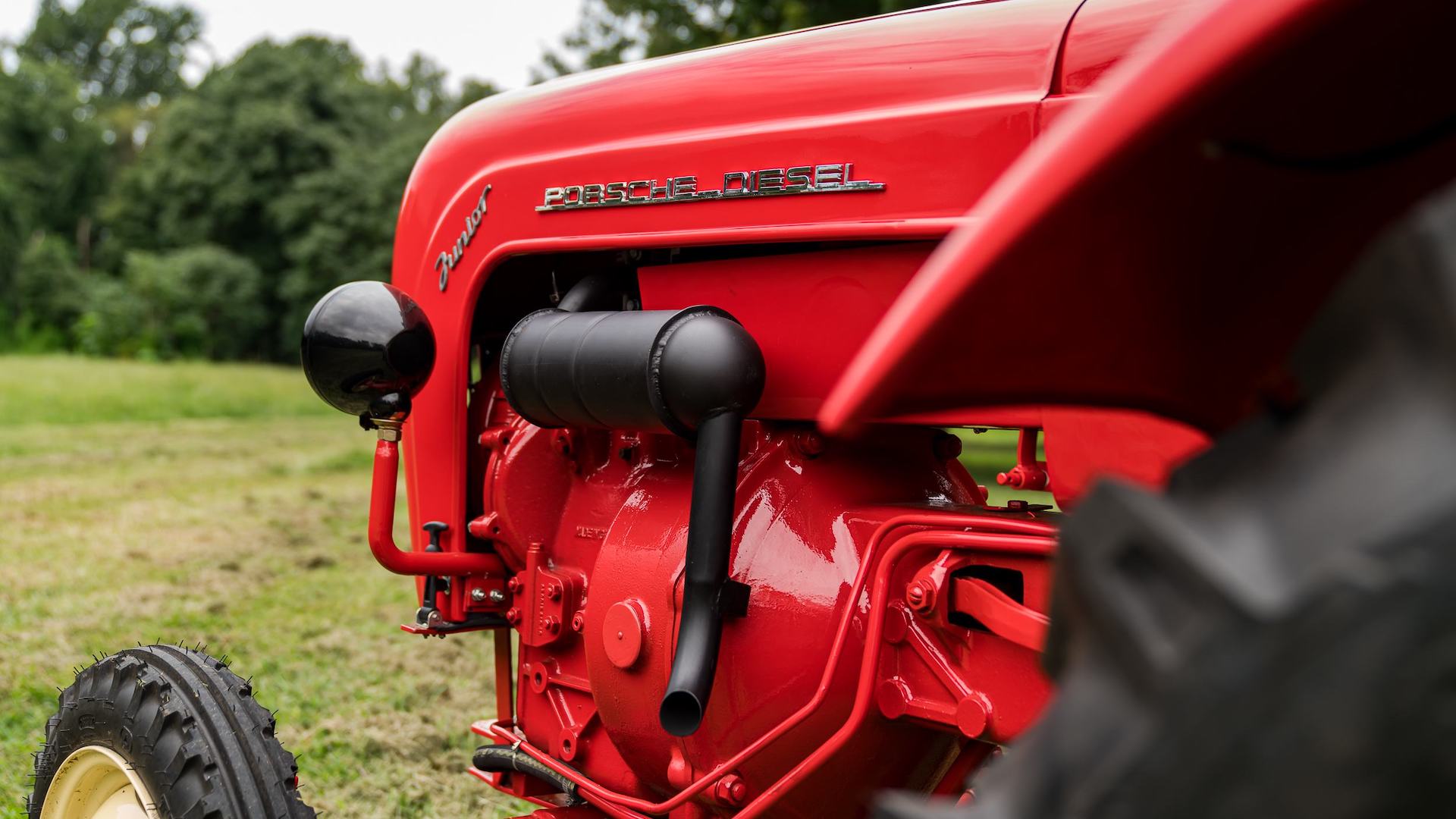 Information as to the early origins of the Junior 108 offered for sale are relatively slim, according to the seller.

However, it has been subjected to a recent and thorough restoration process in Germany. This has seen it returned to excellent condition, although still wearing the signs of a life spent working the land.

Original data tags from the factory are intact, and new parts have been added sympathetically where needed. These include the plastic lights mounted on the fenders, along with new rubber fixings to keep the tilting hood in place. 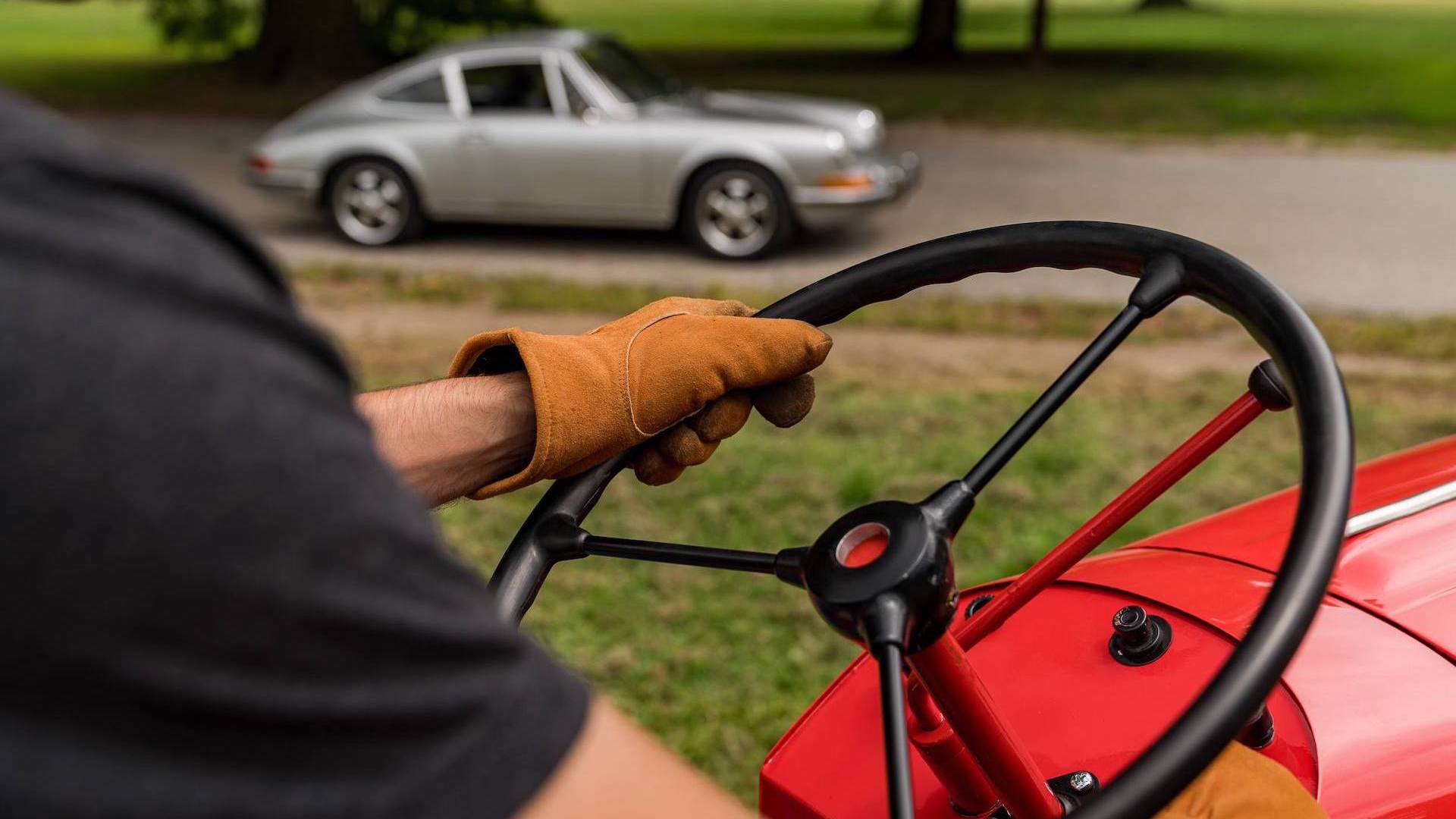 Mechanically this Porsche is noted to be in great condition, with the single-cylinder engine firing into life with ease. The selling dealership even has an audio recording of this on their website, allowing buyers to experience the unique sound of this diesel motor.

A number of hoses and cables beneath the hood appear to have been replaced during the restoration, along with the battery. Wiring behind the dashboard also demonstrates evidence of being updated.

The tires are in new condition, and mounted on wheels that were also subject to the restoration work. It means that virtually all the important mechanical aspects of this tractor have been covered.

For the Porsche collector who has everything 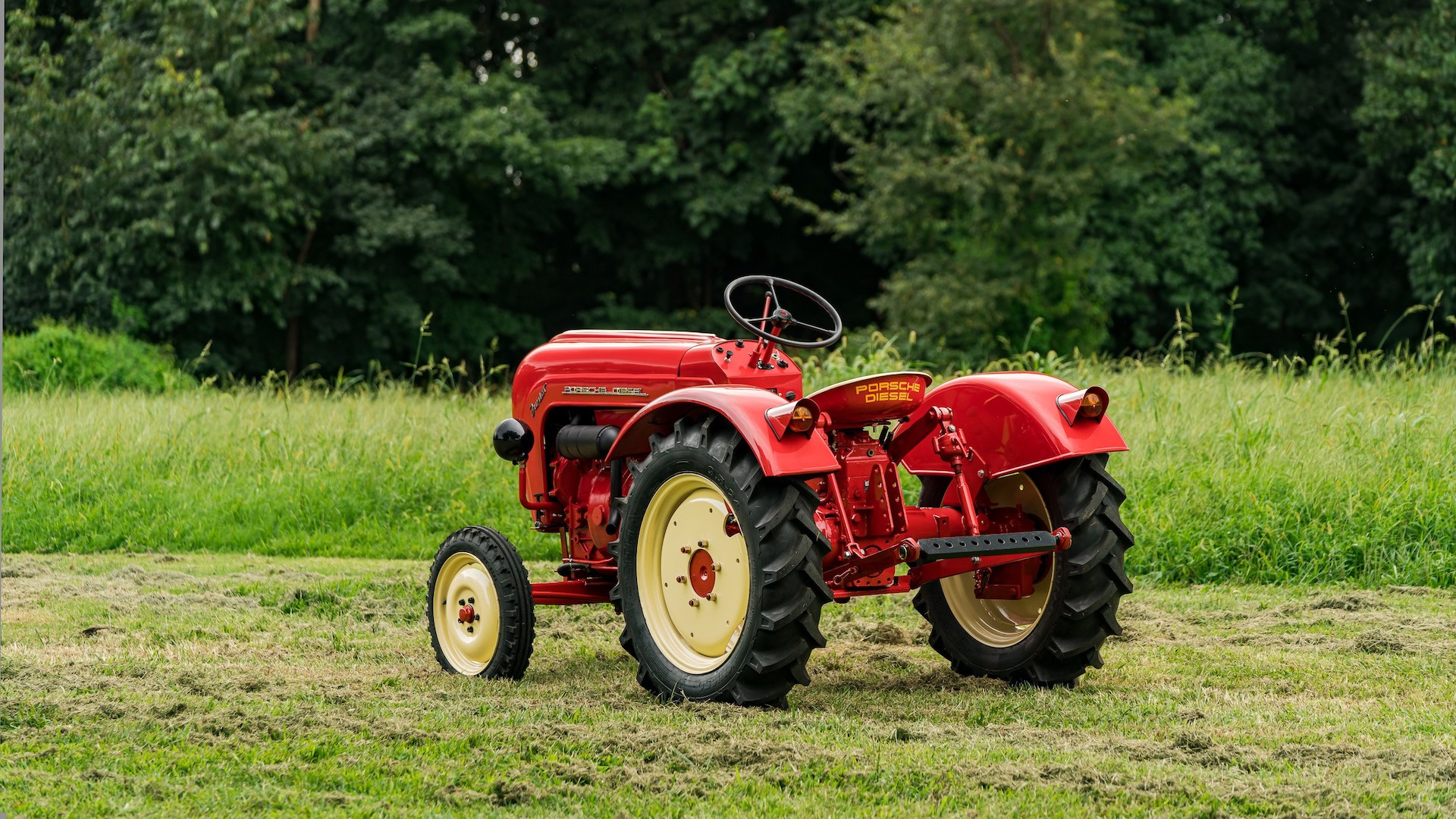 With an asking price of $35,000 (£26,800), this Junior 108 tractor is substantially cheaper than equivalent Porsche sports cars of a similar vintage. Examples of Porsche-Diesel tractors have recently attracted attention at auction on both sides of the Atlantic.

A tractor like this would appeal to fans of agricultural machinery, or Porsche fans looking for the perfect addition to their collection.

Underneath the shiny paintwork, this is still a farm vehicle. It means this could be one of the few classic Porsches that could earn its keep by helping out with yard work and other duties.

This Mercedes CLK 500 is an outlandish salute to Lewis Hamilton, now one of the most successful Grand Prix drivers of all time
Read more

In its quest to compete with Waze, Google Maps has added visual speed camera alerts to its navigation app.
Read more

Future Jaguars and Land Rovers could prevent coughs and sneezes

Bugs begone! By using a type of ultraviolet light, Jaguar Land Rover believes it could help to stop the spread of bacteria and harmful viruses
Read more