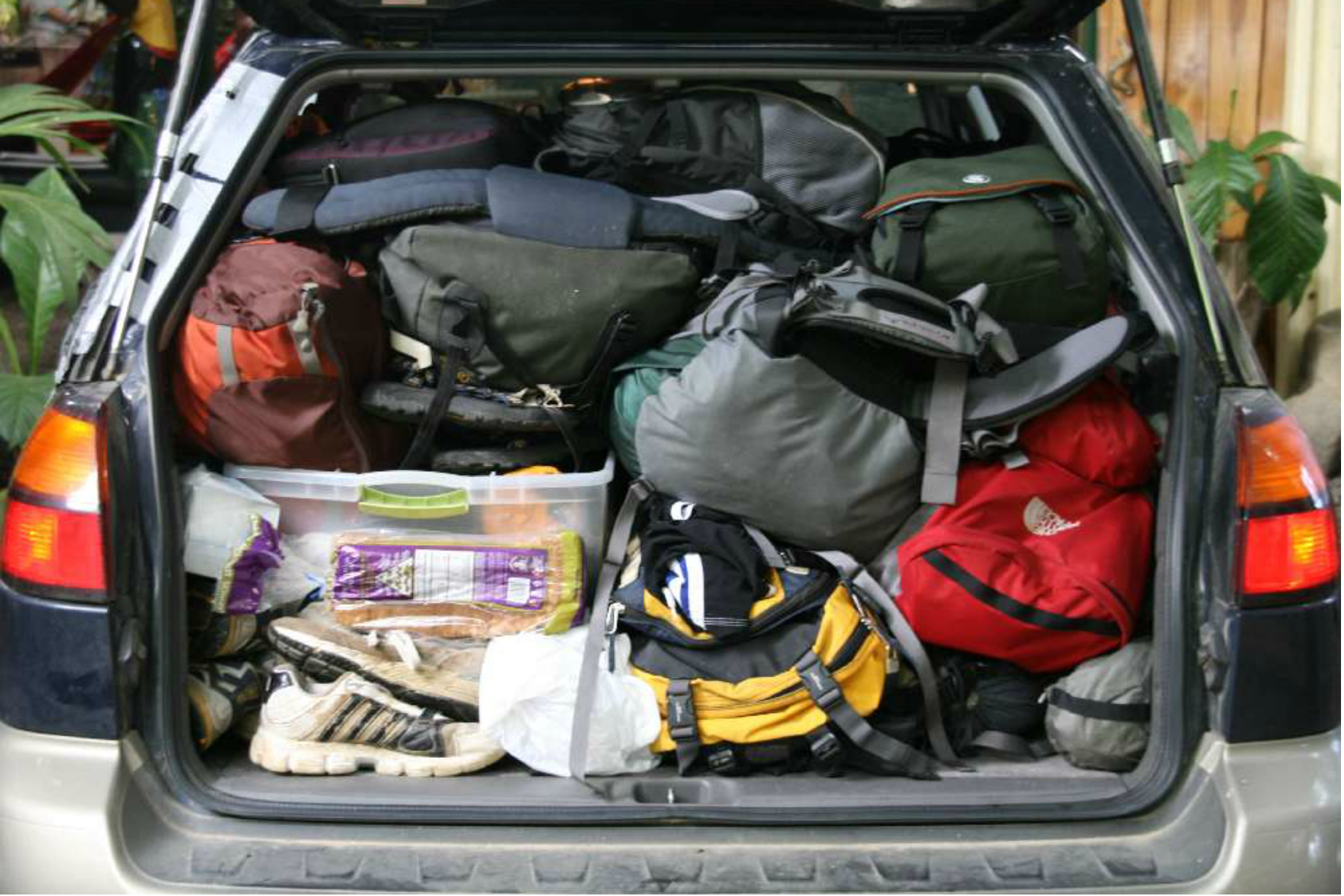 Busy this bank holiday weekend? A lot of Brits are, and so they should be. Aside from the agreeable climate, there are no less than four major music festivals happening. Reading and Leeds are the headline stops, obviously, with Creamfields and South West Four also serving music fans across the country.

However, research commissioned by MoneySupermarket suggests that many of us are due to overload our cars ready for our festival-or-otherwise travels this weekend.

The shocking finding is that 32 percent of 18-34 year-old festival fans have knowingly overloaded their cars ready for their travels. Two in five Brits are also unaware that an overloaded car can mean invalidated insurance in the event of an accident.

Two thirds of us admit to overloading our cars for special occasions like travelling abroad, moving house and visiting far-away folks. One statistic that actually seemed low to us, was that one in eight people admit to overloading to avoid return trips. The items we’re most likely to overload with include flat-pack furniture, suitcases and bulky items such as mattresses.

“Going away for the weekend often means a car full of people and all the kit that goes with it,” said Kevin Pratt, consumer affairs expert at MoneySupermarket.

“It’s easy to see how cars can be overloaded, which raises a number of safety and insurance issues… First of all, there’s a motoring offence (CU50) of ‘causing or likely to cause danger by reason of load or passengers’.

“If you’re in an accident and you’re convicted of this offence, you might not be able to claim for damages and injury, although your policy would still cover any liabilities you might have to third parties. Insurers will also resist paying claims where there has been ‘intentional or reckless damage’, which might result from overloading.”

As for advice regarding carrying big loads, we’re urged to keep mirrors and windows as clear as possible for best visibility, keep tyres at their right pressures and to make sure items are in securely.

No, that doesn’t mean have a mate lay across the tents and fold-out chairs in the boot…