The World Car Awards this year had the honour of opening the New York Motor Show, revealing the 2017 winners at a big ceremony.

With the first all-SUV showdown for the overall World Car of the Year Award, plus intriguing big-brand battles in the other categories, it was guaranteed to be standing room only. And so, without further ado, the awards got underway…

The Jaguar F-Pace has triumphed in the 2017 competition, scooping the overall World Car Awards’ Car of the Year prize. In a resounding victory, Jaguar’s first-ever SUV beat the formidable pairing of the Audi Q5 and Volkswagen Tiguan.

Jaguar Land Rover CEO Dr Ralf Speth was on hand to collect the prize – and was absolutely delighted at beating the might of the Volkswagen Group. He made sure to send thanks back to the design and engineering teams back in the UK, and suggested that this success “gives me more energy to go and do more.”

The World Car Awards jury offers prizes for individual categories as well. It celebrates the finest luxury, performance and green cars in the world – plus, new for 2017, the best urban cars. A World Car Design of the Year Award is also given out. Let’s see which other brands triumphed. 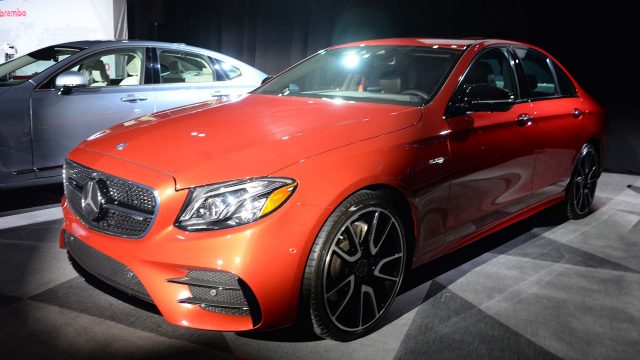 The World Luxury Car prize is always hotly-fought. This year, the Mercedes-Benz E-Class took the prize – but it didn’t come without a fight…

The all-new BMW 5 Series is brilliantly capable: a driver’s delight and a luxury car star. The trouble is, the latest Mercedes E-Class is fantastic, too. Ultimately, the prize this year went to Stuttgart, not Munich.

Volvo was proud to make the top three with its groundbreaking new S90 saloon and V90 estate. They couldn’t quite beat the BMW or Mercedes-Benz, but going head-to-head with them in the run-off is nothing to be ashamed of. 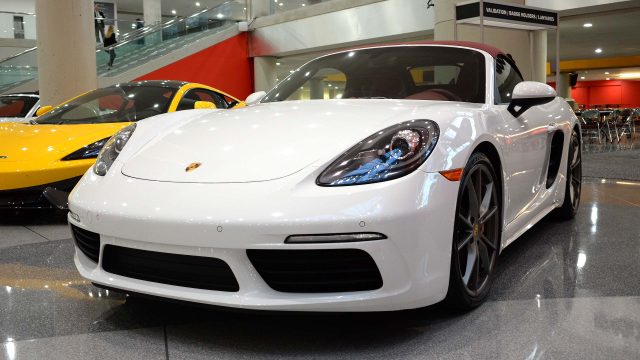 The latest Porsche 718 Cayman and Boxster have proven controversial new additions because of their four-cylinder turbo engines. It seems the WCOTY jurors looked past the shock of the new, though, and discovered just what brilliant performance cars this well-priced duo are.

Porsche beats McLaren – yes indeed! The 570S ‘Sports Series’ is a top-notch supercar, but it’s perhaps not quite the well-rounded package Porsche offers with its 718 range.

The Audi R8 is a former winner of the World Performance Car prize, but its Spyder soft-top sibling couldn’t quite nose over the line ahead this year. A finalist place is still commendable, though. 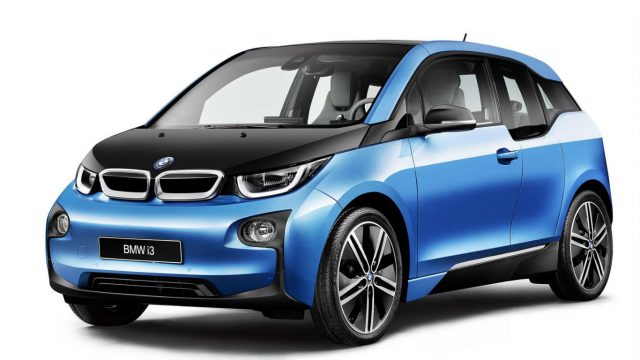 This is a new category for 2017. The World Urban Car honours models that are small in size, but not in ability. The inaugural winner is the BMW i3 94Ah, with its extended EV battery finally making it the complete package in the judges’ eyes.

Citroen has rediscovered its mojo. The funky-looking C3 is a supermini that’s jumped from the bottom of the class to the top of its game. A very worthy finalist indeed.

The third World Urban Car finalist was the Suzuki Ignis, a radically-styled budget city car that’s charming and charismatic, but also well-designed and fun to drive. Throw in great-value prices and it’s easy to see why it was a top-three finalist. 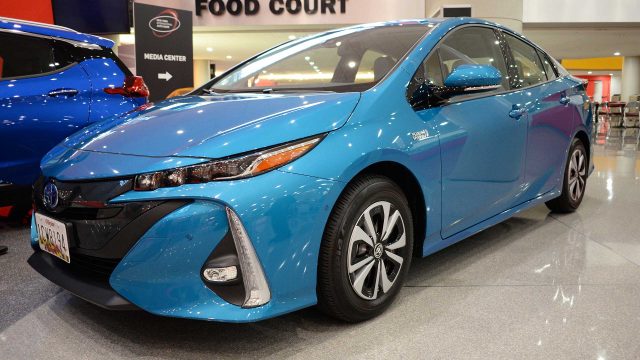 The World Green Car award celebrates forward-looking green tech. This year, it seems the plug-in hybrid capabilities of the Toyota Prius Prime – known as the Prius Plug-In in the UK – impressed the judges most. All the usability of the best-selling Prius, but with added EV-running capabilities: what’s not to like?

The surprise of the World Car Awards 2017 was the Chevrolet Bolt not scooping the Green Car award. It seems the judges liked the all-round abilities of the Toyota more than they valued the innovative design of the Chevy Bolt. A bolt from the blue for GM?

Sorry, Elon Musk, the World Green Car of the Year prize was denied you. Your Model X is fantastic, but it’s just a bit too expensive and exotic to be a genuine real-world green car contender. Maybe the Model 3 will change things? 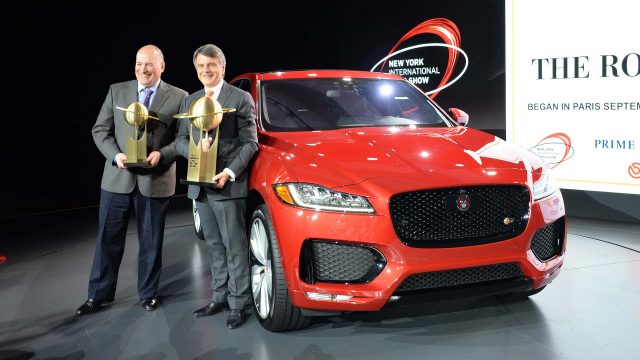 There was an added surprise for Jaguar – it also won the World Car Design of the Year, again for the F-Pace. “This one’s for you, Ian Callum,” said Dr Ralf Speth when accepting the prize. A fine tribute to the man who has done so much for Jaguar design, including overseeing the creation of a double World Car Awards-winner.

The fancy, fantastic S-Class Cabriolet is a luscious-looking thing, but the expert design panel felt it wasn’t quite innovative enough to topple the Jaguar.

And the Toyota C-HR is a futuristic design, all lines, creases, angles and slashes. But perhaps it’s just too radical for the 2017 WCOTY judges?

Ford Fiesta is the UK’s most popular first car

The Driver and Vehicle Licensing Agency (DVLA) has warned motorists to expect ‘significant delays‘ in the processing of driver and vehicle documents.
Read more

We take a tour of the Michigan studio where designers secretly worked on this year's must-have supercar, the 2017 Ford GT.
Read more

After three months and 3,000 miles in the seven-seat Seat Alhambra MPV, we have to question why so many people are buying SUVs
Read more

As of June 1 of this year, drivers in Bradford who rev their engines or play loud music could be faced with a £100 fine for ‘anti-social driving’
Read more