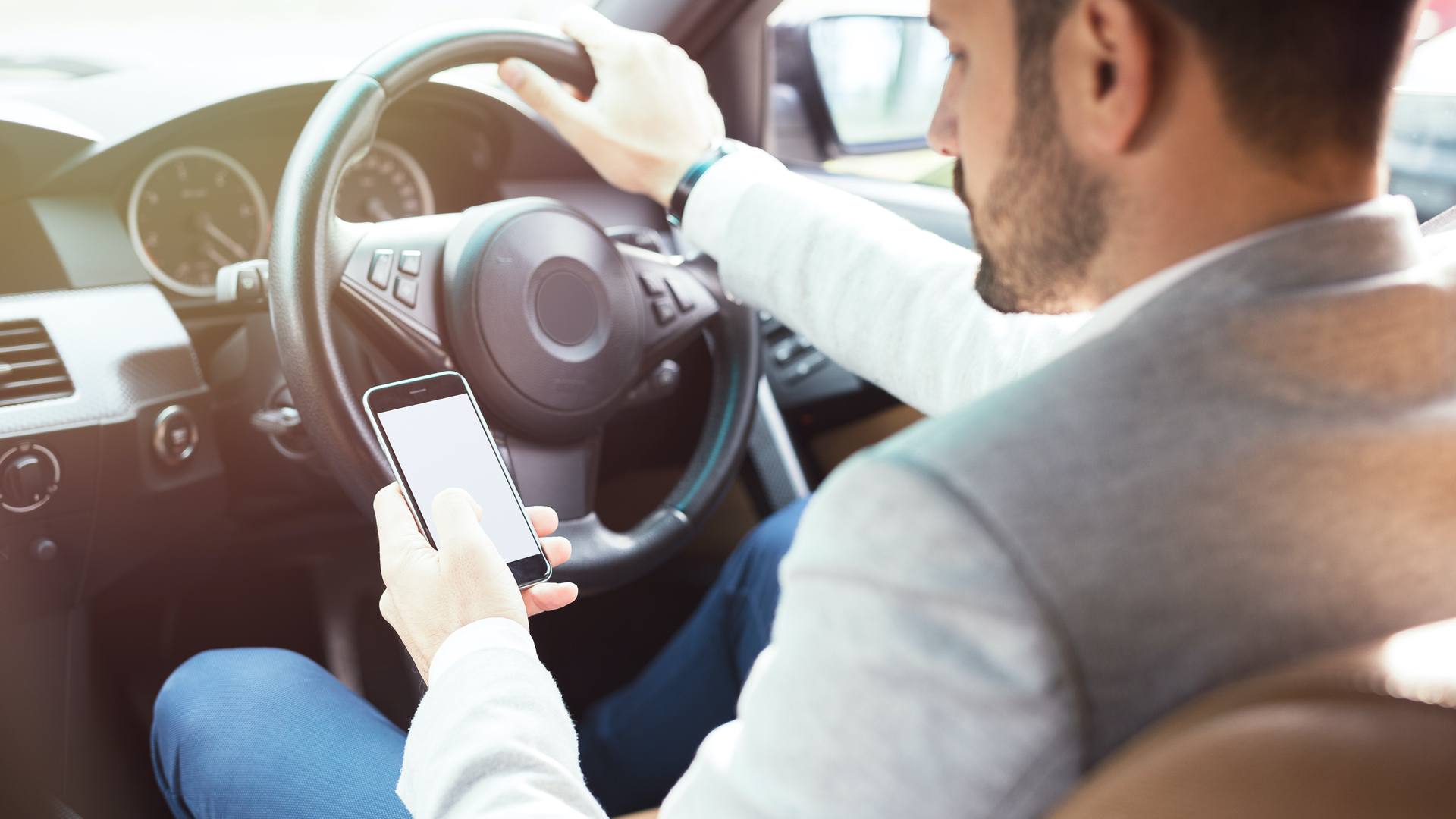 Around a quarter of all drivers said that they have made or received a call on a handheld phone at the wheel. That’s one of many depressing findings of the RAC’s study of UK drivers.

This year’s Report on Motoring found that this is the most commonly cited concern among drivers, with 12 percent of those surveyed (the equivalent of five million people), saying it’s their biggest worry.

Just 12 percent? It needs to be higher, especially when 17 percent of drivers admitted to checking texts, emails or social media while driving. I suspect the percentage would be greater if drivers were prepared to confess their sins.

Predictably, younger drivers appear to be the worst culprits. Just 49 percent of 17 to 24 year olds said they never make or receive calls, with 62 percent claiming they never text, email or use social media at the wheel. That leaves far too many drivers who have.

New drivers have grown up with smartphones and find it harder to leave their phones alone for any length of time. The government urges drivers to place their phones in the glovebox, but the likes of Apple CarPlay and Android Auto encourage us to plug in and place the device in the centre console.

When the traffic slows and the journey becomes tedious, grabbing the phone becomes all too tempting.

Just 15 percent of drivers put their phone in the glovebox, 45 percent use a pocket or bag, with a quarter placing it on the passenger seat. Not out of sight and not out of mind.

Anecdotal evidence would suggest the problem is far worse than the figures suggest. Go for a drive and it won’t be long before you see a driver flouting the law.

Only last week, during the WLTP Challenge, I witnessed the driver of an all-terrain crane driving along the M6 with a phone pressed to his ear. The crane in question is fitted with a hands-free kit, so why did the driver choose to break the law? One can only imagine the devastating effects of a 50-tonne crane ploughing into the back of a family hatchback.

Is the driver unaware of the risk? Does he believe that the left-hand-drive crane allows him to ‘hide’ from onlookers as he crawls along in the slow lane? Does he feel that he’s above the law?

Maybe the penalties aren’t strict enough: the threat of six penalties points and a £200 fine isn’t a sufficient deterrent. Discuss.

Some drivers do little to hide the fact that they’re on the phone. A phone up to the ear is a blatant ‘couldn’t care less’ attitude to other drivers – a kind of two-fingered salute to the law and the obvious risks.

Others are more discreet. You’ll have seen the ‘nodding donkeys’ parked at traffic lights, as drivers glance up and down from their phone while they wait for the lights to change.

Some will hold their phone at steering wheel height, in an attempt to maintain some degree of control of the vehicle. Then there are those who place the phone on their lap, oblivious to the length of time they’re spending with their eyes diverted from the road.

Last year, a study revealed that young people check their phones every 8.6 minutes, more frequently than any other age group. Little wonder that so many drivers are finding it hard to resist the lure of their smartphone, even on the shortest of commutes.

Around a third of drivers felt stressed and “cut off” without their phone and 29 percent “felt lost” without it. With such a strong reliance on our devices, how can we expect motorists to turn them off and chuck them in the glovebox?

As the RAC report highlights, mobile phone use is just one of a number of ‘menaces’ on Britain’s roads. Road rage, drink-driving, drug-driving and dangerous driving are just a few of the other risks of the road. 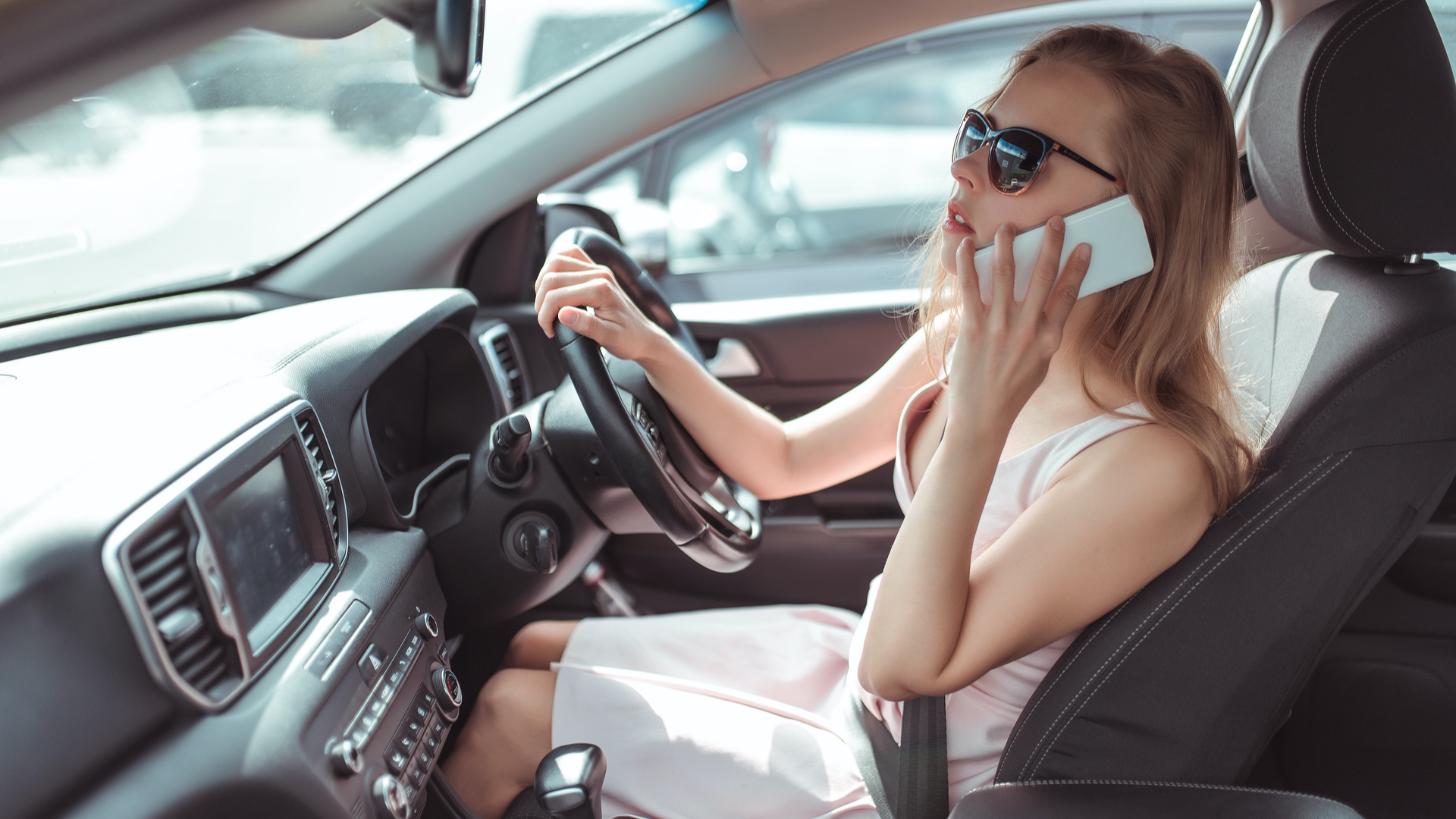 What’s the common thread? The motorist.

Our cars are safer than ever, to the point that they will do their upmost to keep us out of trouble. Maybe that’s part of the problem – we feel safely cocooned in our Euro NCAP-approved boxes, oblivious to the dangers and with little sense of the speed of travel.

Perhaps drivers should be forced to spend six months driving a Rover 100 or G-Wiz before being allowed to drive a safe car or travel with a mobile phone.

Or maybe all cars should be fitted with an orange flashing light that illuminates when a handheld phone is in use. A kind of Dom Joly ‘I’m on the mobile’ approach to the legislation.

That ought to stop drivers from being too trigger happy with their mobiles.