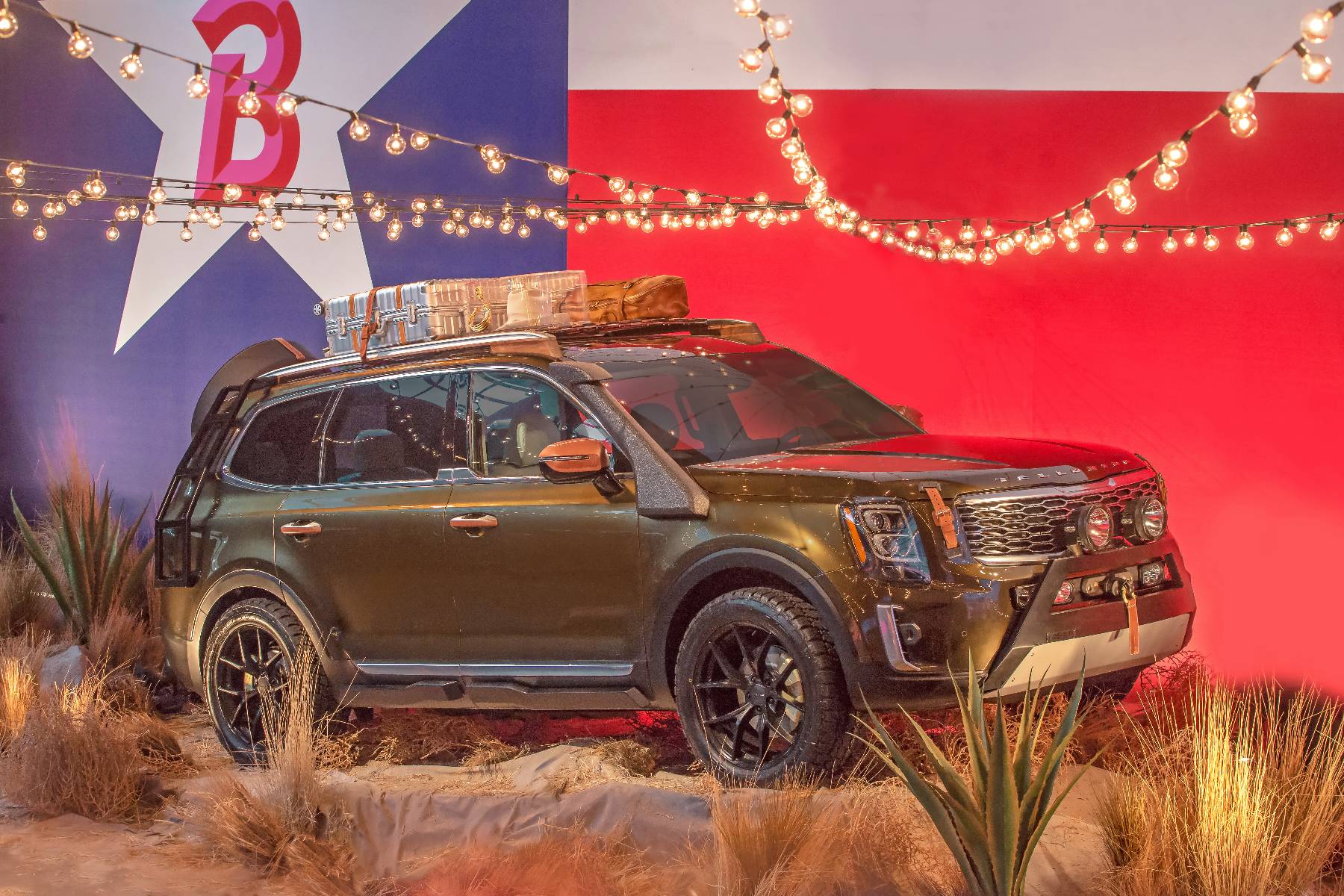 It might have a Korean badge, but there are few cars more American than the Kia Telluride. If only we could buy it in the UK…

Kia describes its new monster truck as “ranch-ready with saddle-like leather accents”. Granted, that’s with reference to the New York Fashion Week concept version seen here, but you get the point. The Telluride is an extra large – with extra cheese – blunderbuss of a car, named after a town in the Colorado Rocky mountains.

All-American hyperbole aside, it’s a large SUV not unlike the Audi Q7. It seats eight, looks great and is most certainly not lightweight. It makes us wonder whether Kia could score a home run by offering this type of flagship SUV in the UK, complete with a bombproof warranty to worry German rivals. 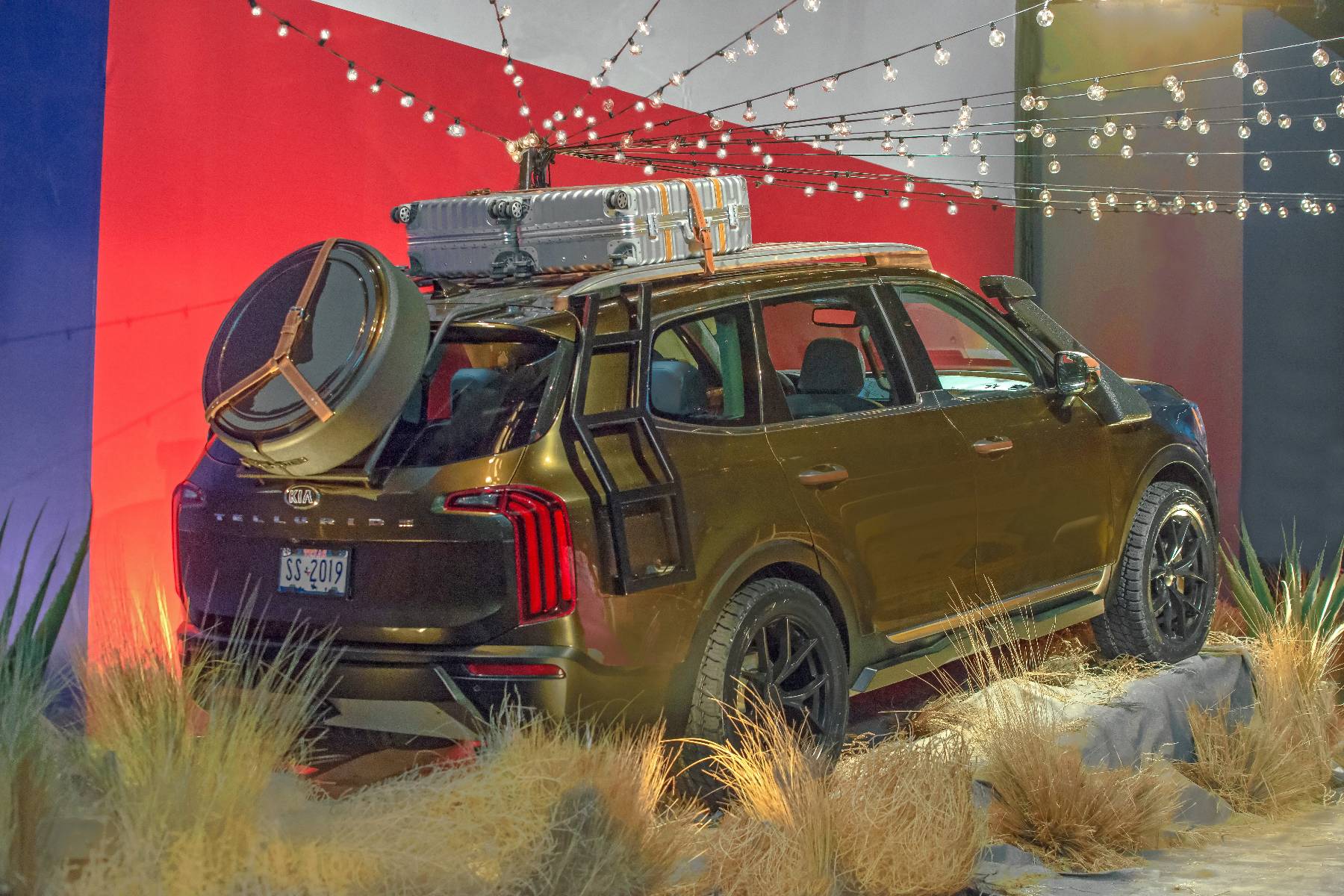 Could the Kia Telluride have a place in the UK?

That’s the question, isn’t it? Kia is keen on making statements of intent at the minute. The Stinger GT is all about affirming the company’s place as a legitimate alternative to the premium executive stalwarts, and does so really rather well. Truth be told, it sticks out like a sore thumb in the current range of value-for-money volume fodder.

With the eight-seater, Georgia-built Telluride by its side, Kia’s range of premium cars would gain strength and no little style.

It is premium, too. Underneath all that Texan garnish the cabin features lovely styling with similar design language to what we saw in the Stinger’s cabin. On the outside you could take the badges off, stick it in a Grand Theft Auto game and players would mistake it for a fictitious recreation of the Bentayga. It really does have that kind of presence – and no, that’s not an illusion generated by all the adventuring paraphernalia on the car pictured. 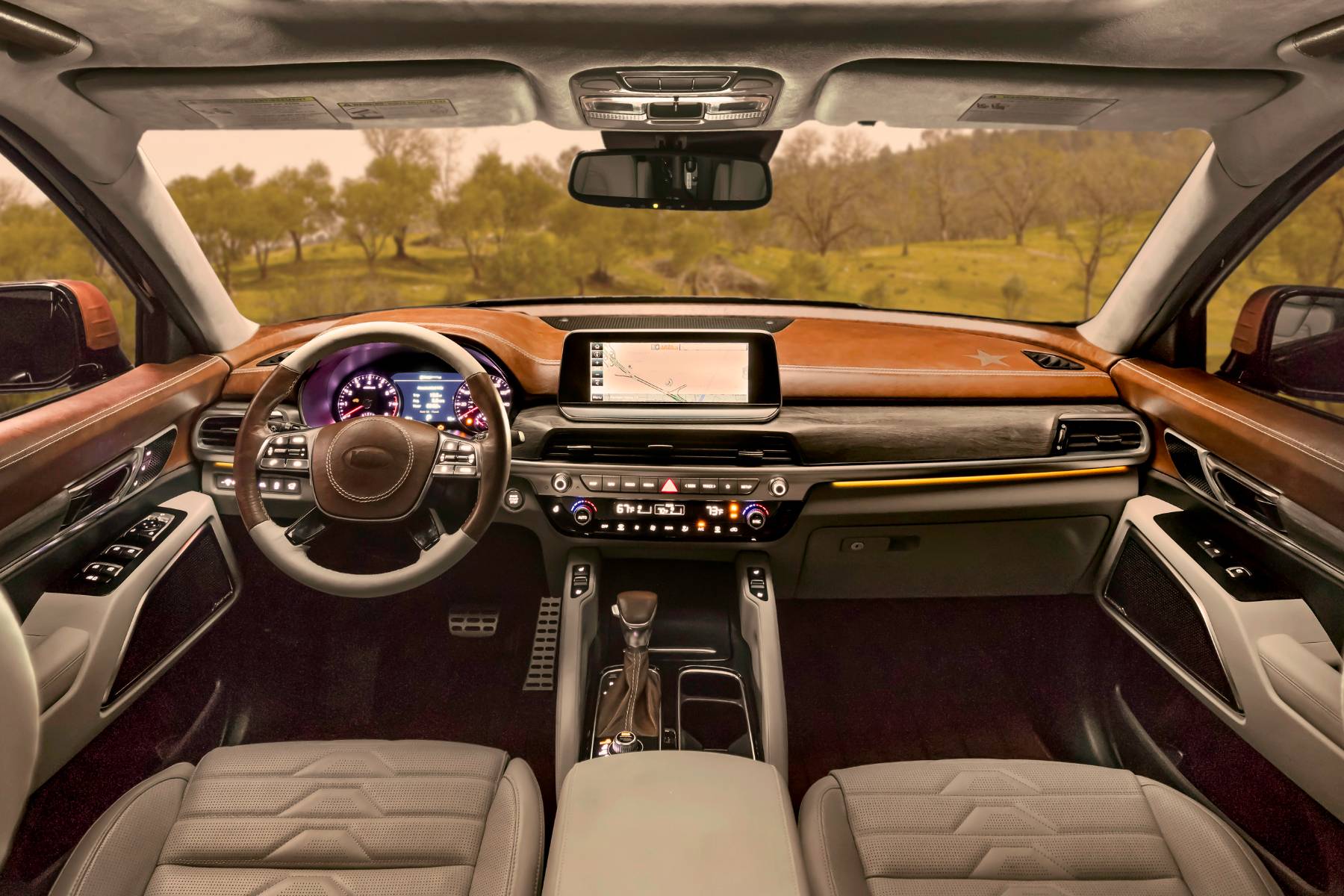 Is the King Kia too big for our roads?

A big truck is a halo car and a statement, just like Volkswagen’s Touareg, the Audi Q7 and, of course, the SUV that started it all: the Range Rover. A premium SUV at the head of the range adds brand kudos – just ask BMW (although they might be busy readying their X7 flagship SUV).

On the X7, there’s the argument about size. The argument is ongoing about whether certain cars are too big for UK roads. Yet here we are about to receive a proper American-sized (and American-built) German bus onto our Tarmac – the largest BMW ever made. Why shouldn’t the Kia join it?

A beefy X7-sized truck with Stinger-esque feel, eight seats and a seven-year warranty, and for thousands less than the aforementioned German bruiser, sounds like a winner to us.

Some Euro-centric tweaks – like a competent hybrid model and a toning-down of any chrome lashings – and it’ll be ripe for sale, we reckon. At the very least, it’s another mega boost to Kia’s brand image, picking up where the Stinger left off.