Toyota will take on the Nissan Juke and Ford Puma with an all-new small SUV called the Yaris Cross. The distinctive RAV4-inspired model arrives in 2021. 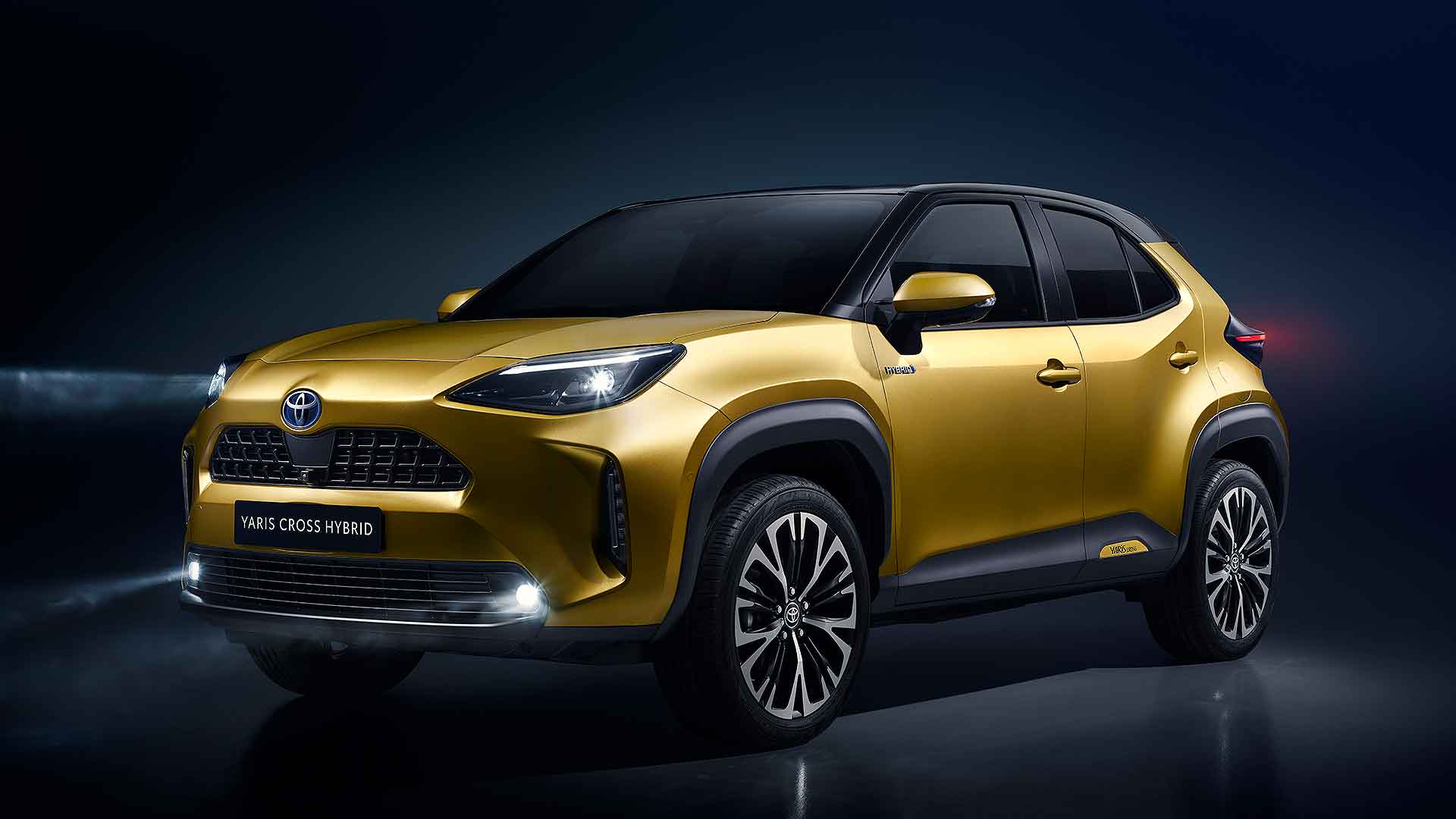 The Toyota Yaris Cross is a new small SUV that arrives in 2021 to take on the Nissan Juke and Ford Puma in Europe’s fastest-growing new car sector.

It will also face the new Vauxhall Mokka, which was revealed in teaser images yesterday.

Toyota says the Yaris Cross will launch in the UK from June 2021.

Inspired by the Toyota RAV4 family SUV, the new Yaris Cross boasts a chunky, distinctive design to help it stand out in this busy sector.

It is based on the same ultra-efficient underpinnings as the new Toyota Yaris, and will even offer a hybrid all-wheel drive variant, called AWD-i. 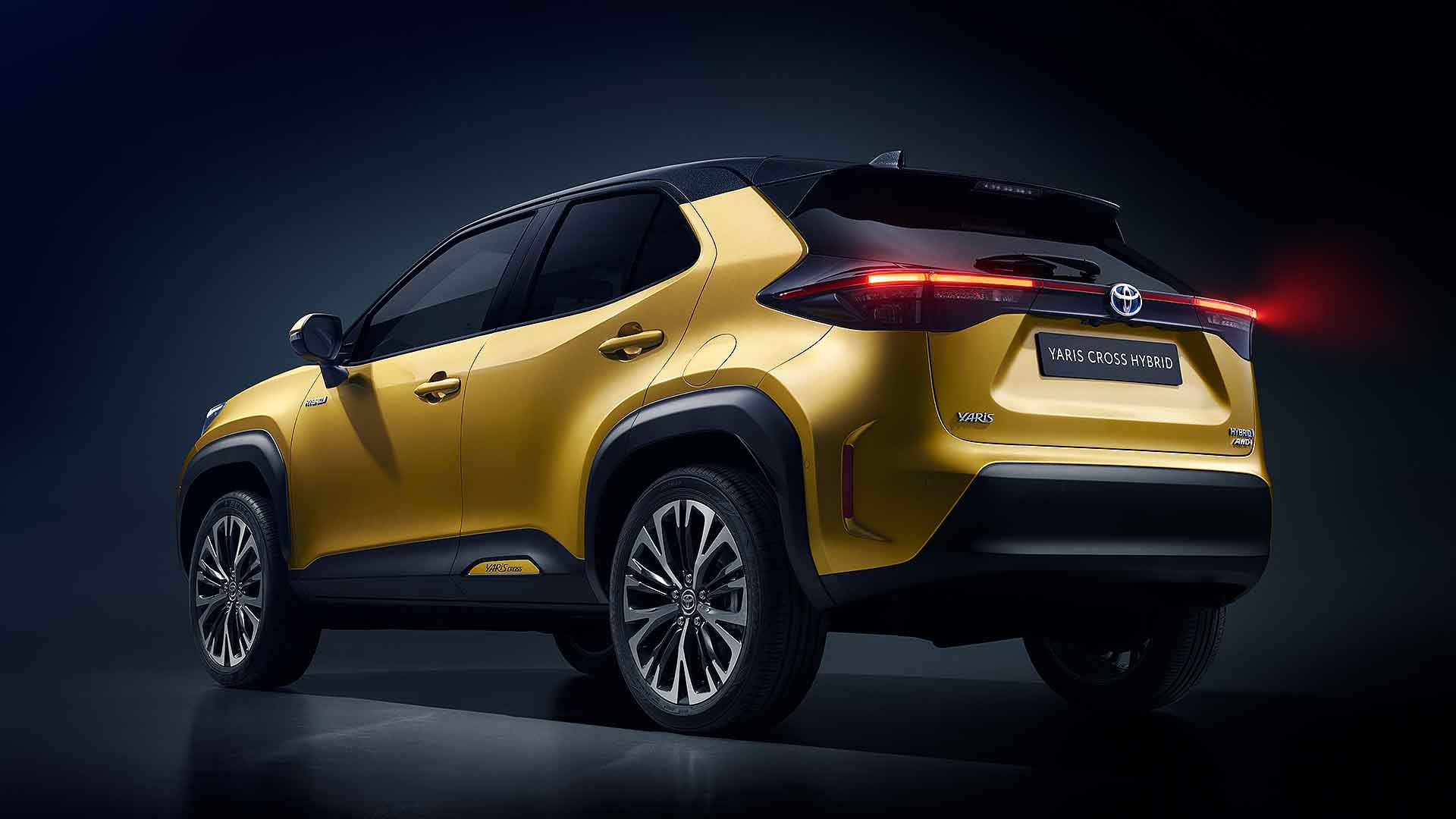 During the presentation, Toyota said the regular model will emit less than 90g/km CO2, while the AWD-i will produce less than 100g/km CO2.

These are, however, tests to an older fuel consumption standard: newer WLTP figures are 120g/km for the regular hybrid, 135g/km for the all-wheel drive.

Toyota will also sell a cheaper, less-efficient non-hybrid model, although the vast majority will be hybrid variants. 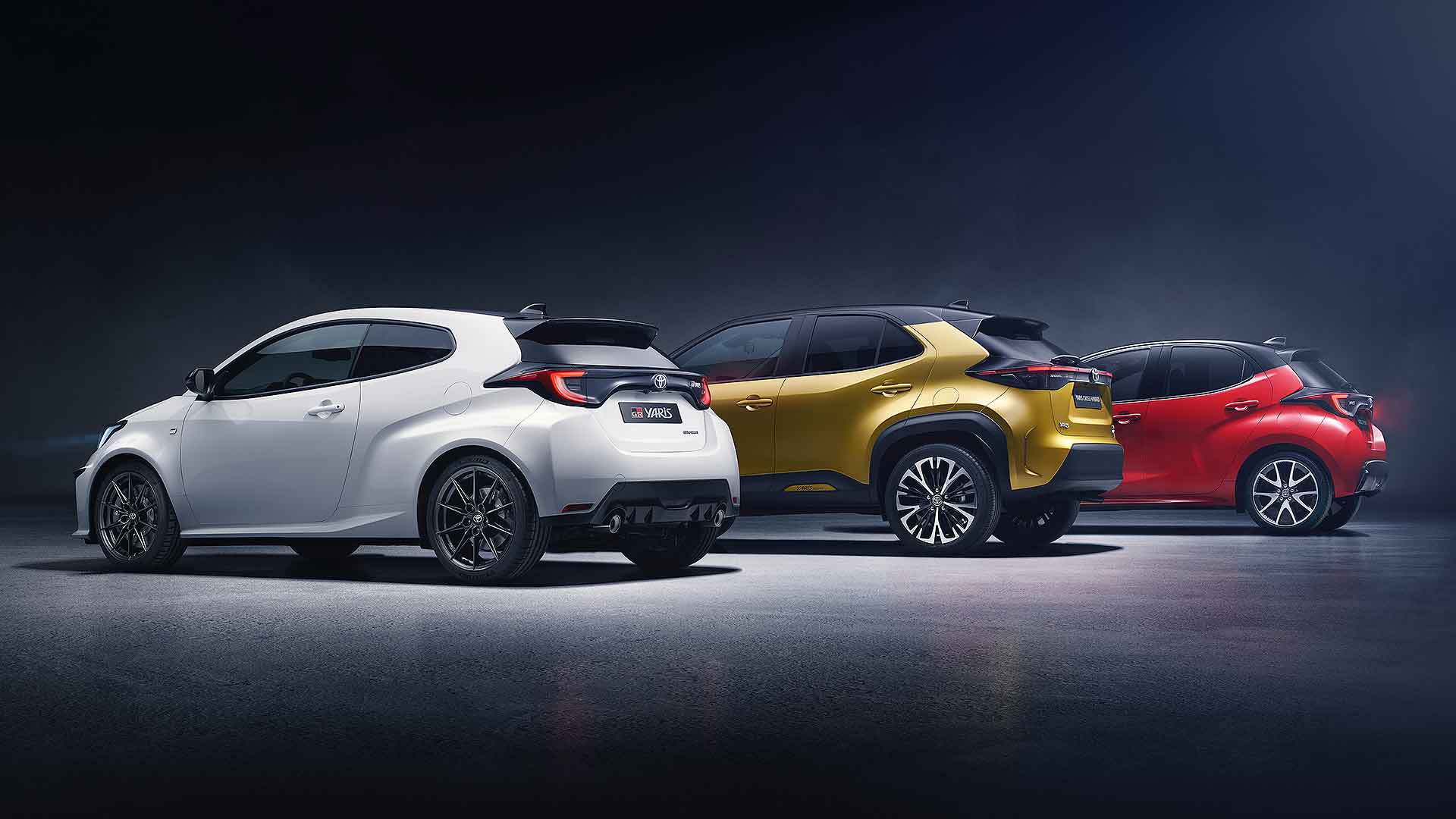 Built in France alongside the new Yaris, Toyota predicts 150,000 examples of the Yaris Cross will be sold annually from 2021 – and it will in time account for one in three Toyota EU sales.

Toyota will also sell the Yaris Cross in Japan and Australia, plus other markets. It is the first time the Yaris name has been used globally. 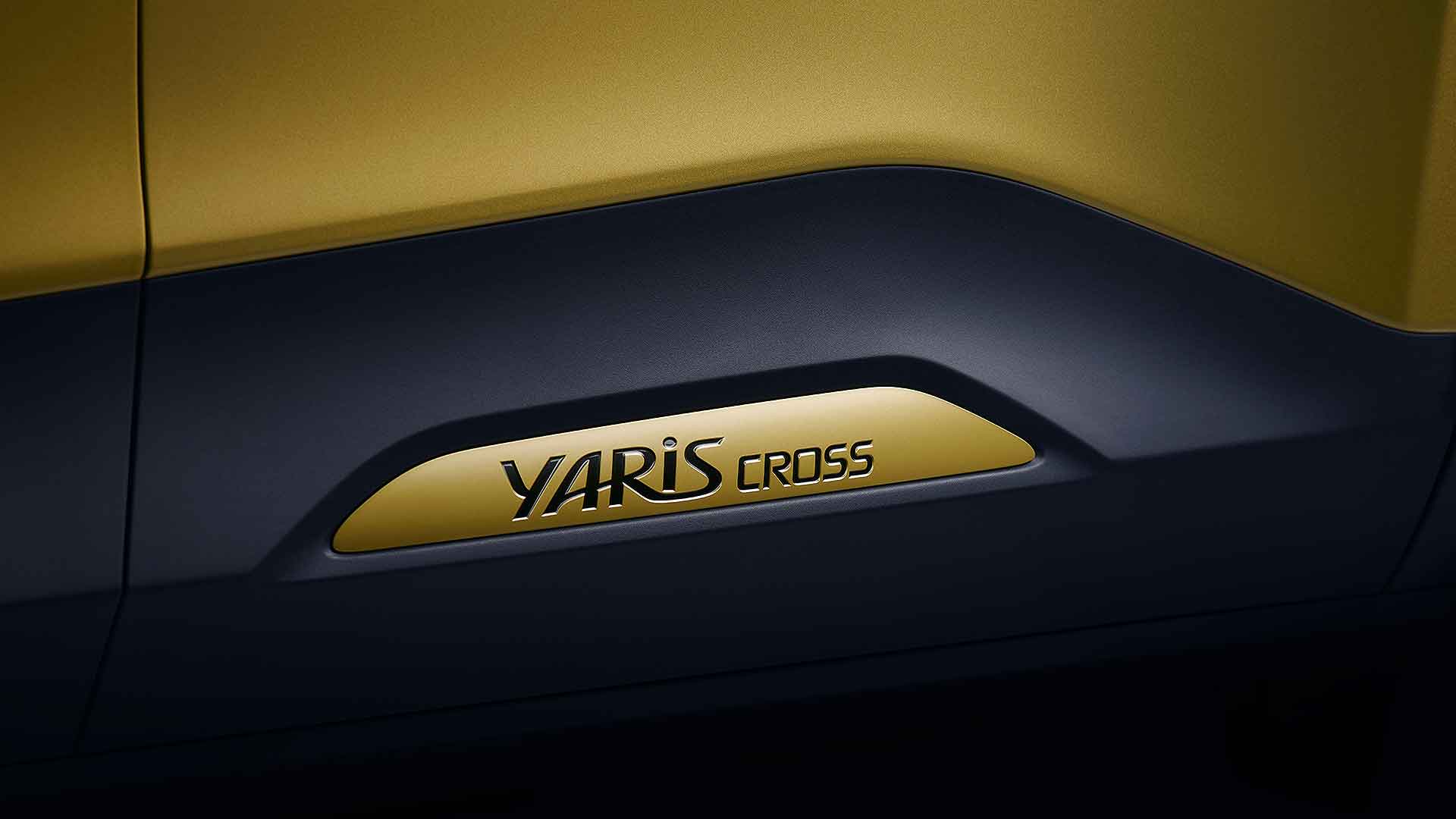 This is why the Yaris Cross name was chosen, rather than a bespoke name – the familiarity and “brand equity” of the Yaris brand will help consideration in a packed sector. 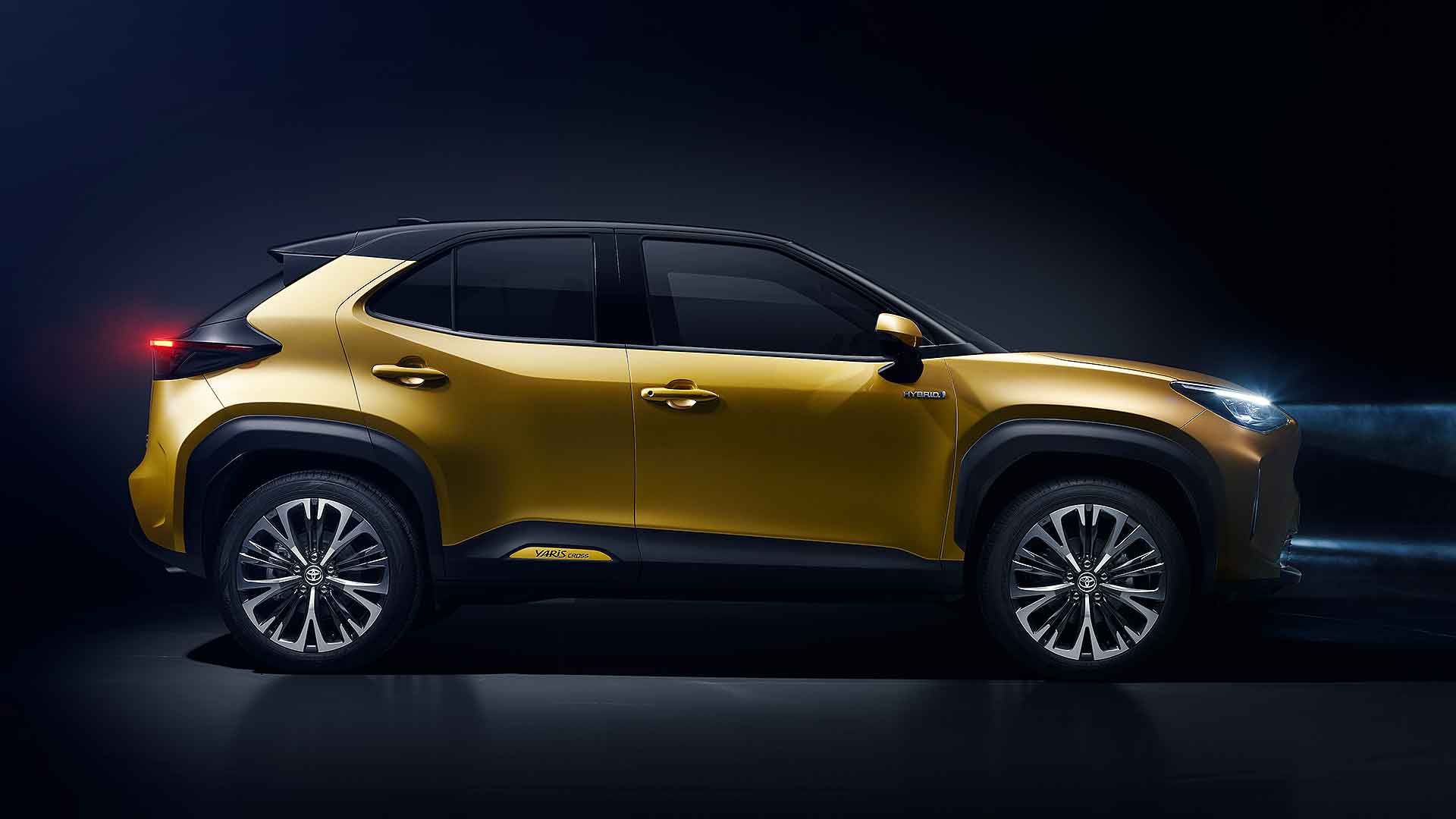 The Yaris Cross is 4,180mm long, or 240mm longer than the Yaris hatchback. It is 90mm taller and 20mm wider, and has 30mm more ground clearance.

Toyota says that although it is shorter and narrower than the bigger C-HR crossover, the Yaris Cross actually has more interior space.

It claims a big boot too, although it has yet to release figures. 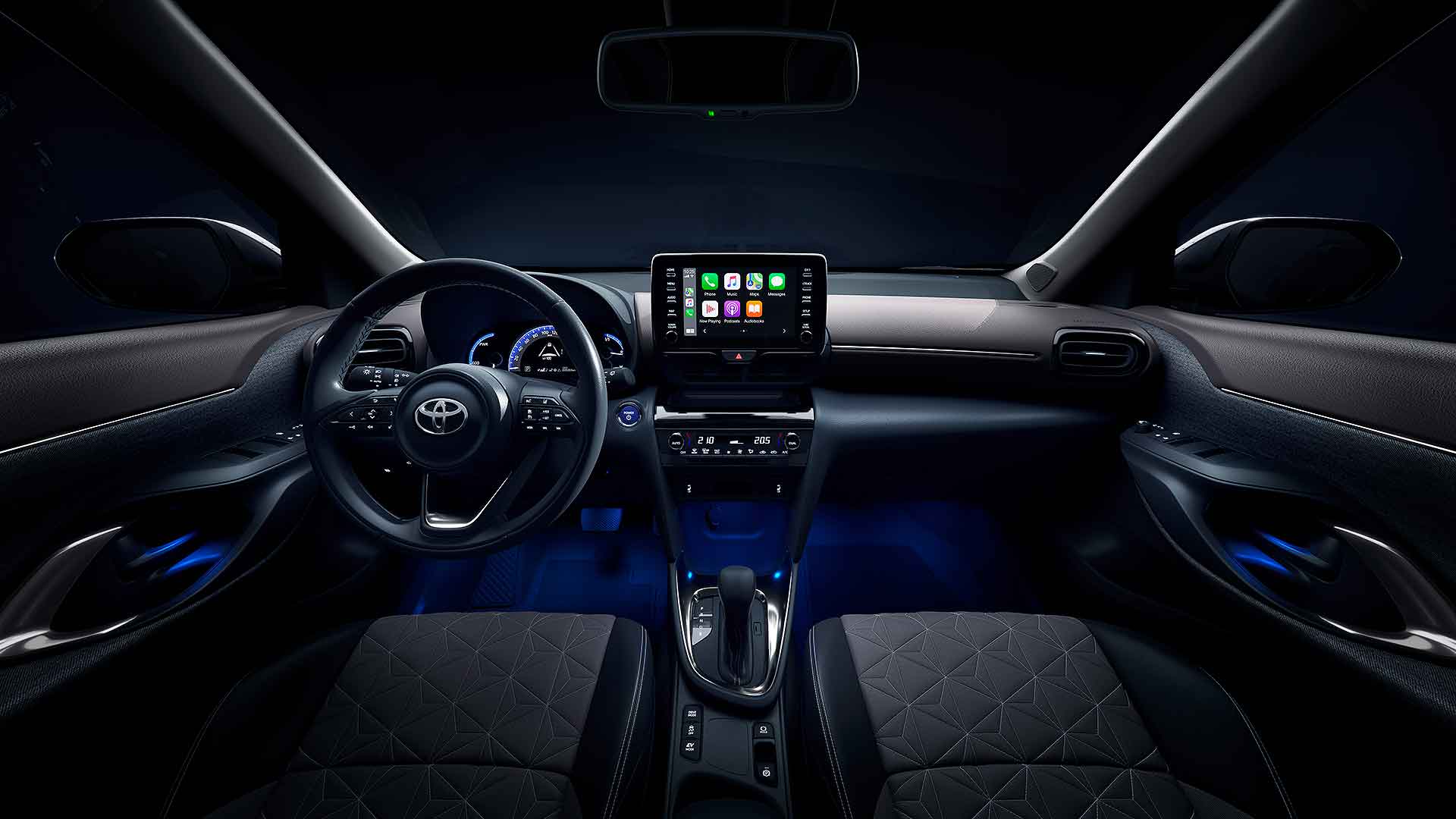 While Toyota expects to snare customers currently driving other small SUVs, and some Yaris owners trading up, it also says some buyers will downsize from larger, more expensive models.

This is why it is offering the all-wheel drive version – and why the striking styling bears similarities with the Toyota RAV4, the world’s best-selling SUV.