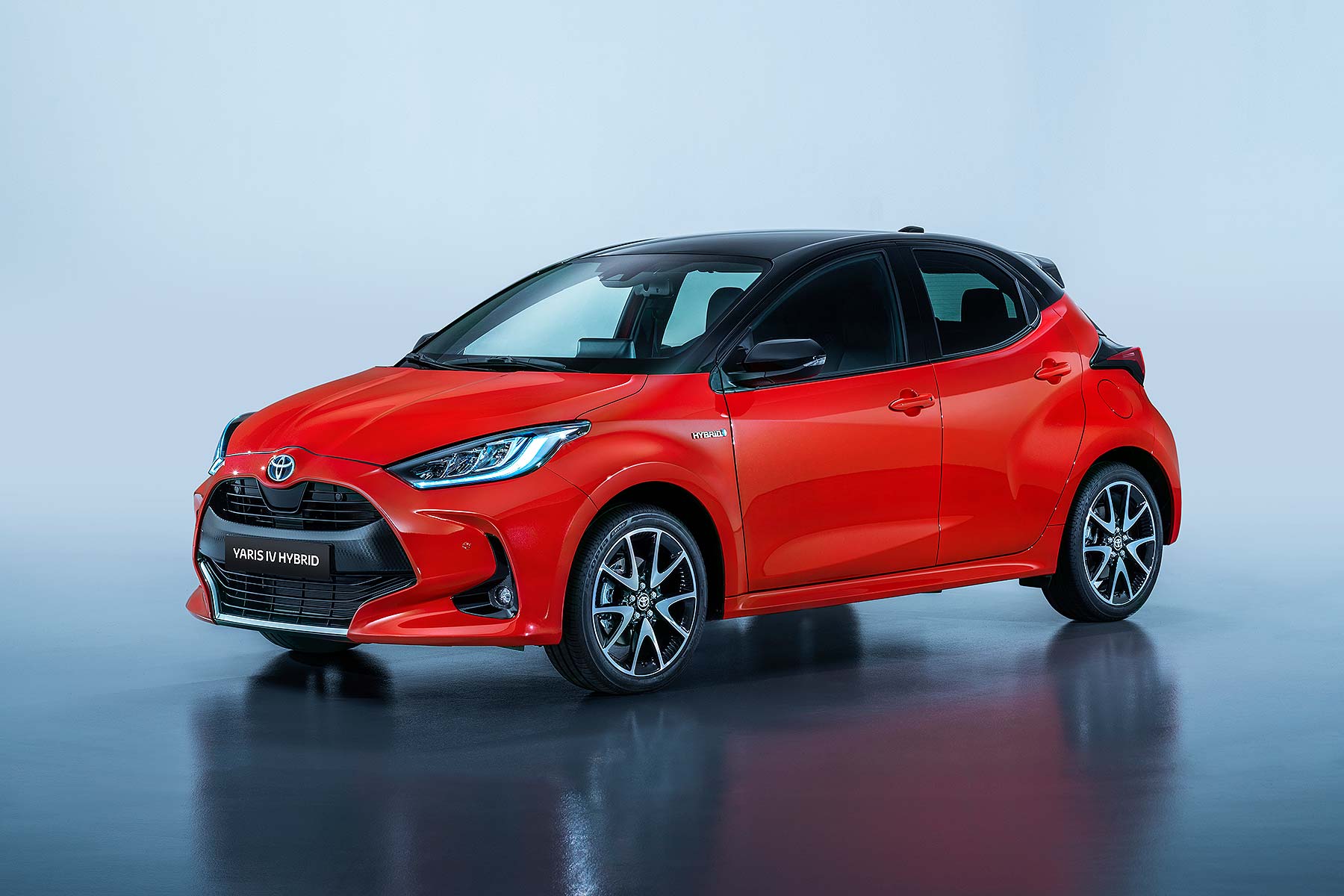 This is the new Toyota Yaris, which goes on sale next spring and will be in dealers from September 2020. Two decades after the groundbreaking original, Toyota’s best-selling car in Britain has become genuinely desirable again.

It looks completely different to today’s third-generation car, and much more exciting. The designers have been inspired by Toyota’s title-winning world rally cars, giving it a sporty, standout appearance. 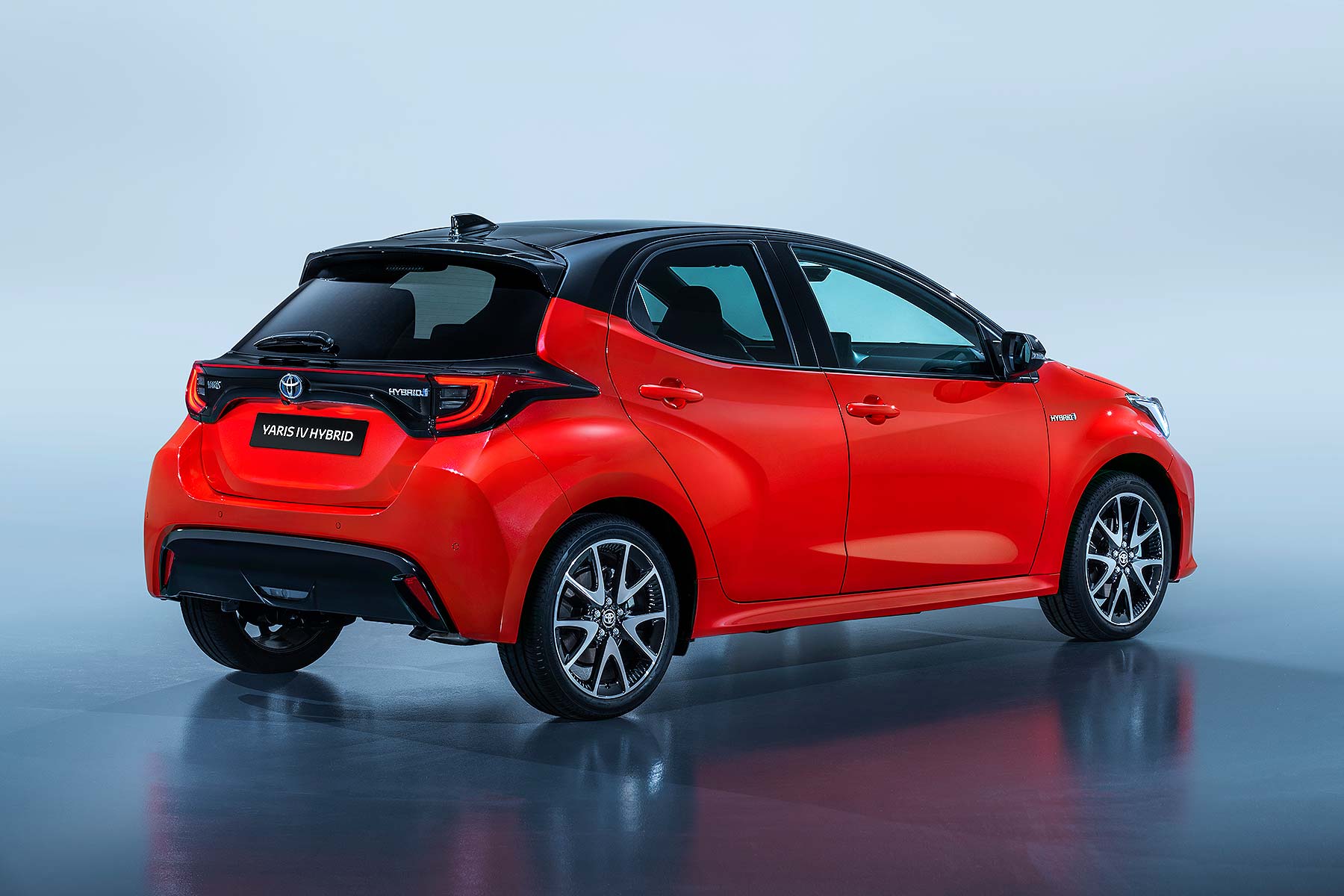 Charismatic boss Akio Toyoda said there will be ‘no more boring cars’ under his watch, and it seems the Yaris designers have listened.

We had a first look at the new Yaris at a preview event in Amsterdam. It looks even more distinctive in the metal than it does in images. It’s anything but boring.

‘Big small’ is the buzzword for the designers. New cars often get bigger but the new Toyota Yaris is actually smaller – 5mm shorter and 40mm lower (albeit 50mm wider). It’s larger inside though, thanks to 50mm more space between the wheels. 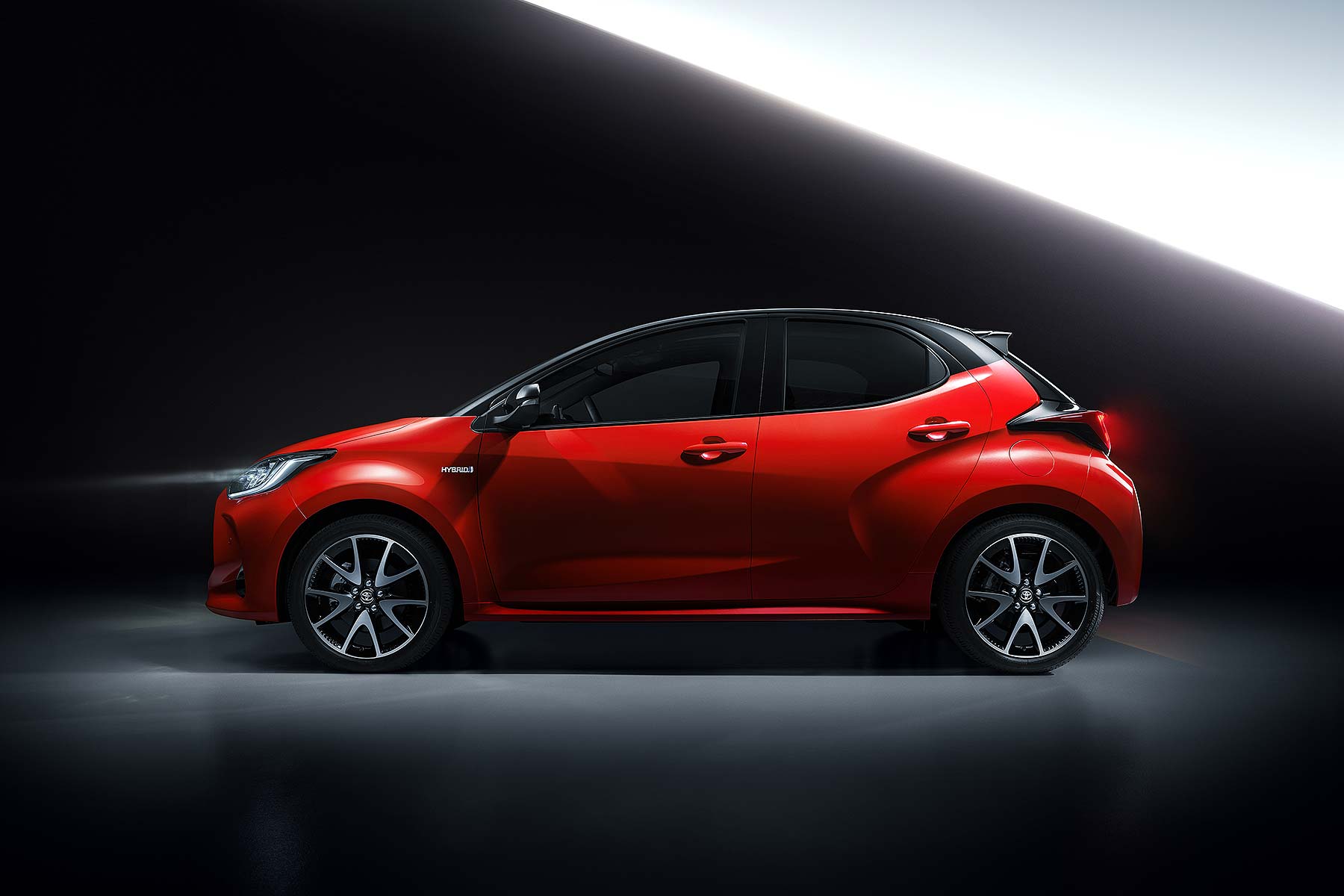 The Yaris remains the shortest car in its class, dipping under four metres (the only supermini to do so) with a total length of 3,940mm That’s great for city use – 75 percent of European buyers live in urban areas.

But it doesn’t look diminutive. The wide grille and short overhangs give it a punchy appearance, as do bulging front wheelarches and muscular rear haunches. The squat profile of the rear end is striking. 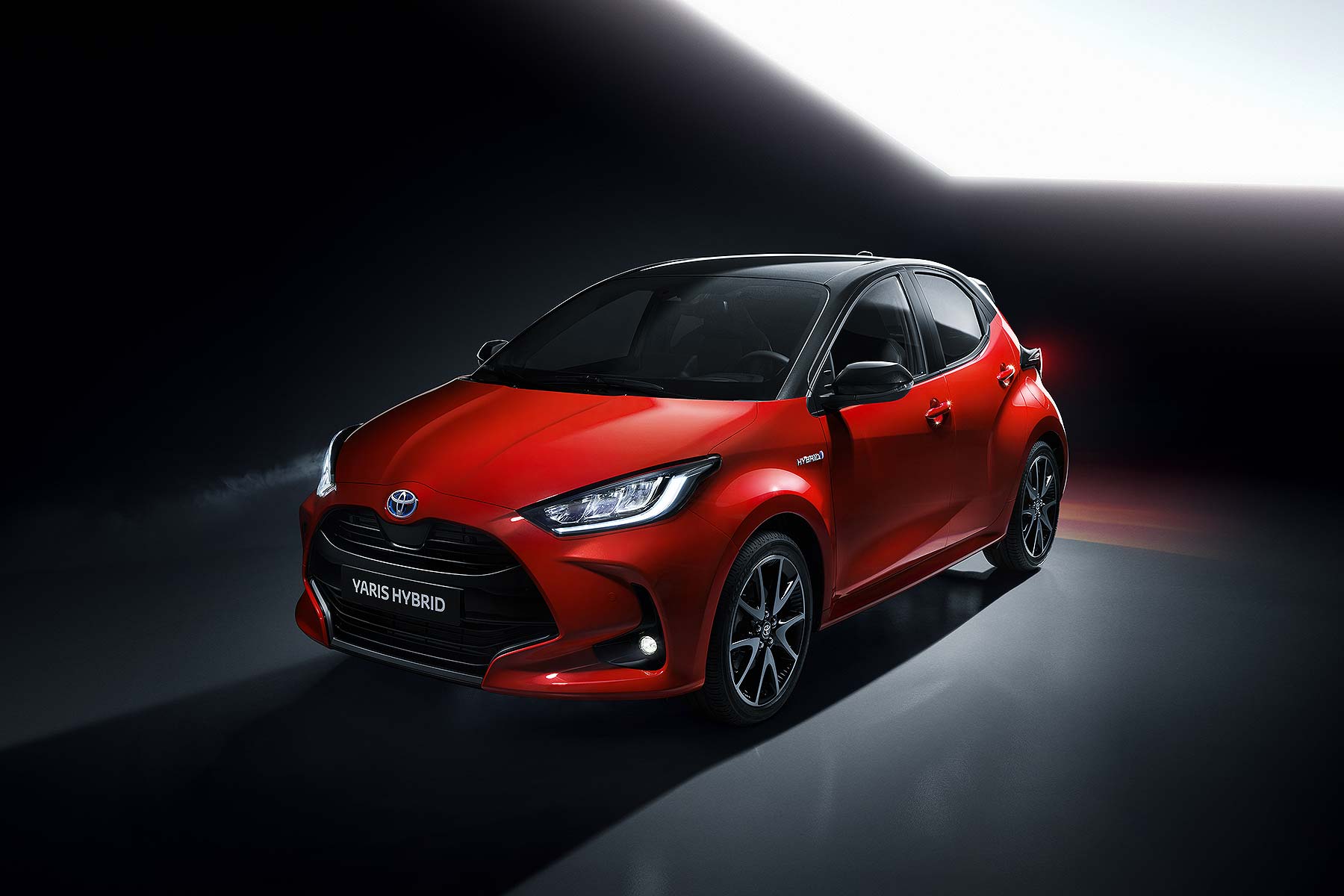 The new Yaris has lots of curves and form, a neat kick in its side window line, 3D rear lights and a diffuser-style bumper that wouldn’t look out of place on a racy hot hatch. 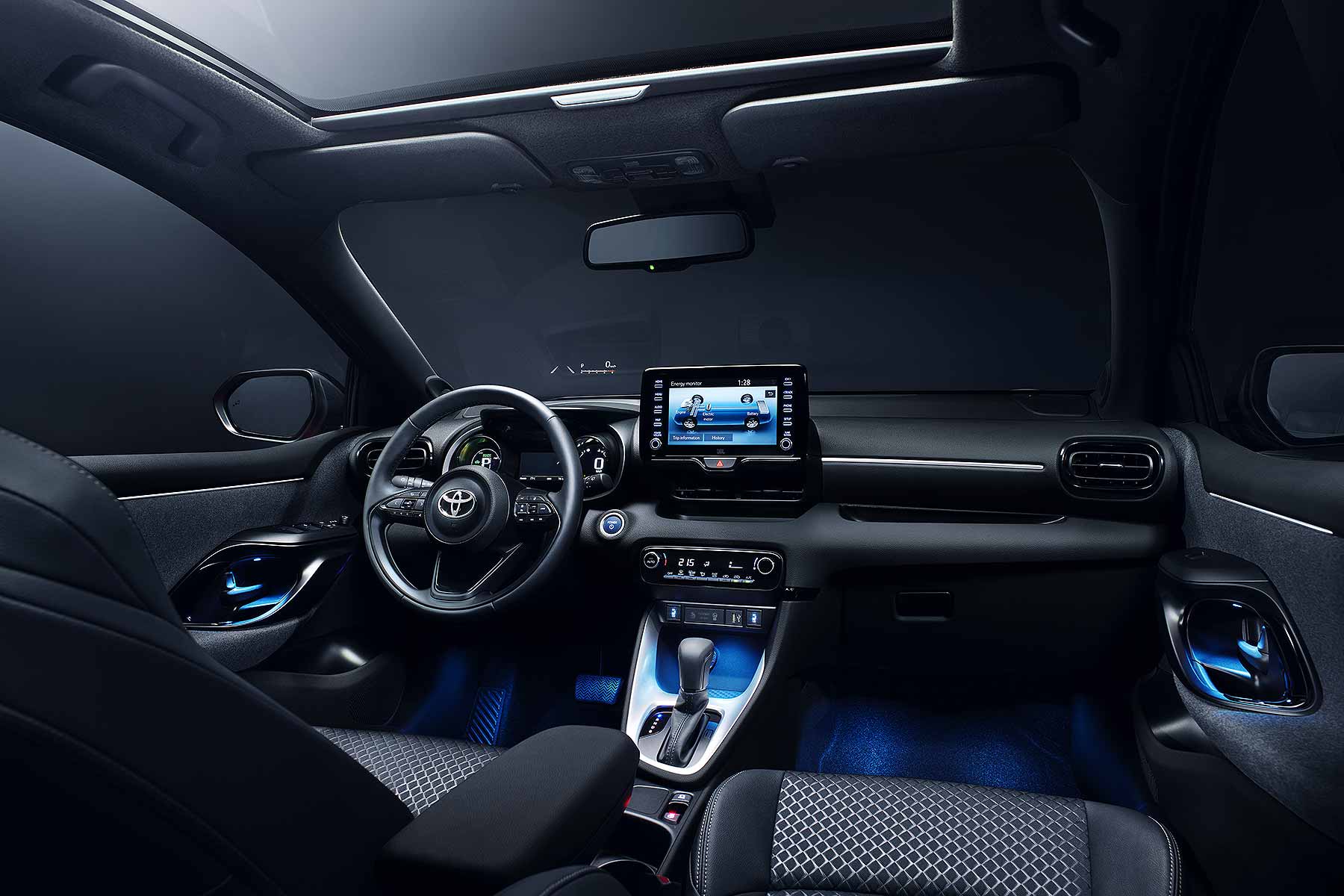 The interior is more interesting, too. The instruments are inspired by binoculars and, for the first time in a Yaris, the dashboard is made from soft-touch plastics, to lift quality.

The new Yaris has lots of stowage areas, the seats seem supportive and the steering wheel is lovely to hold. Like the styling, it has come a long way inside. 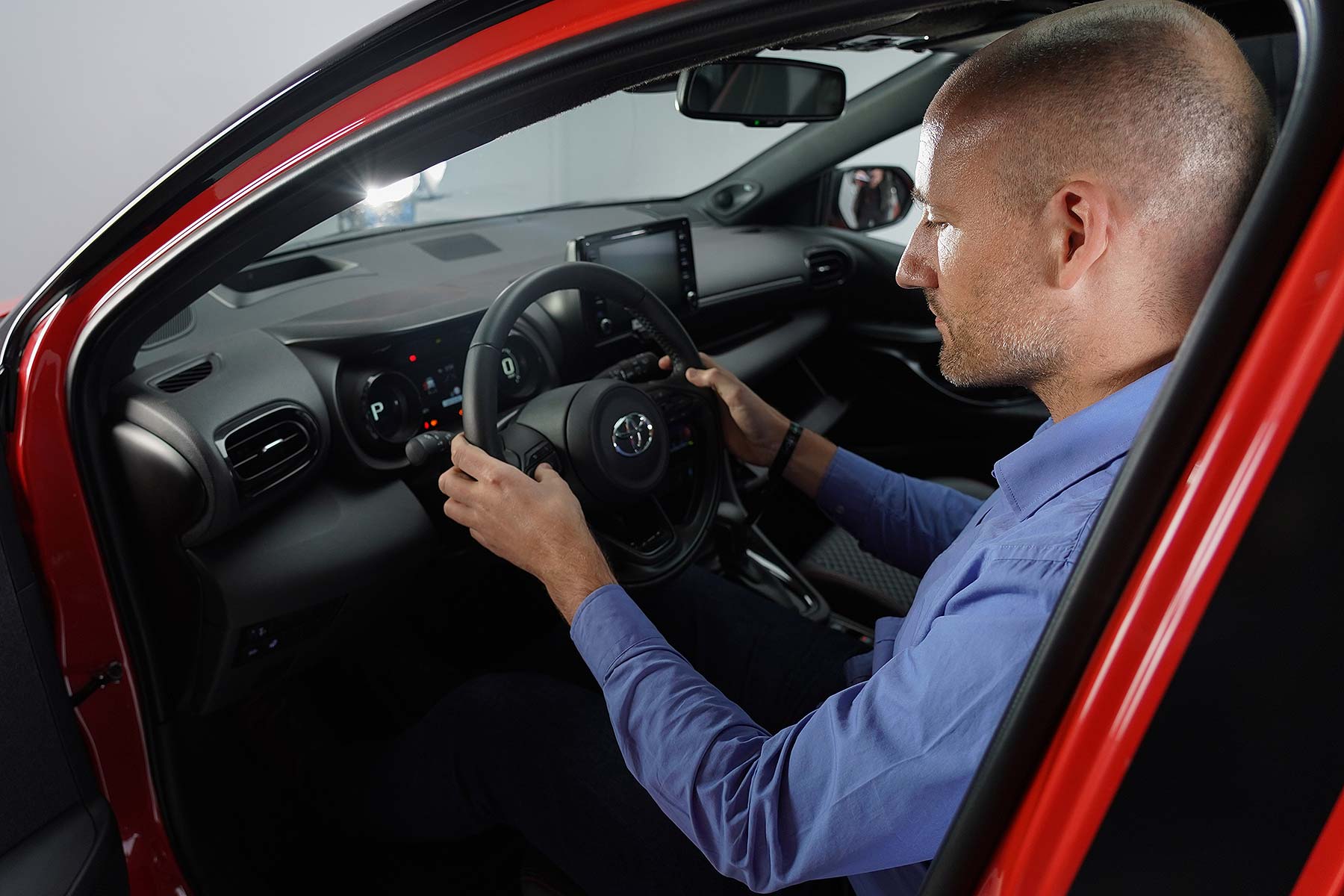 The ‘big small’ mantra is followed within. Sitting in the back reveals a surprisingly roomy supermini, with lots of space for knees, heads and feet.

The rear seat is comfier and more supportive than the small car norm, too. 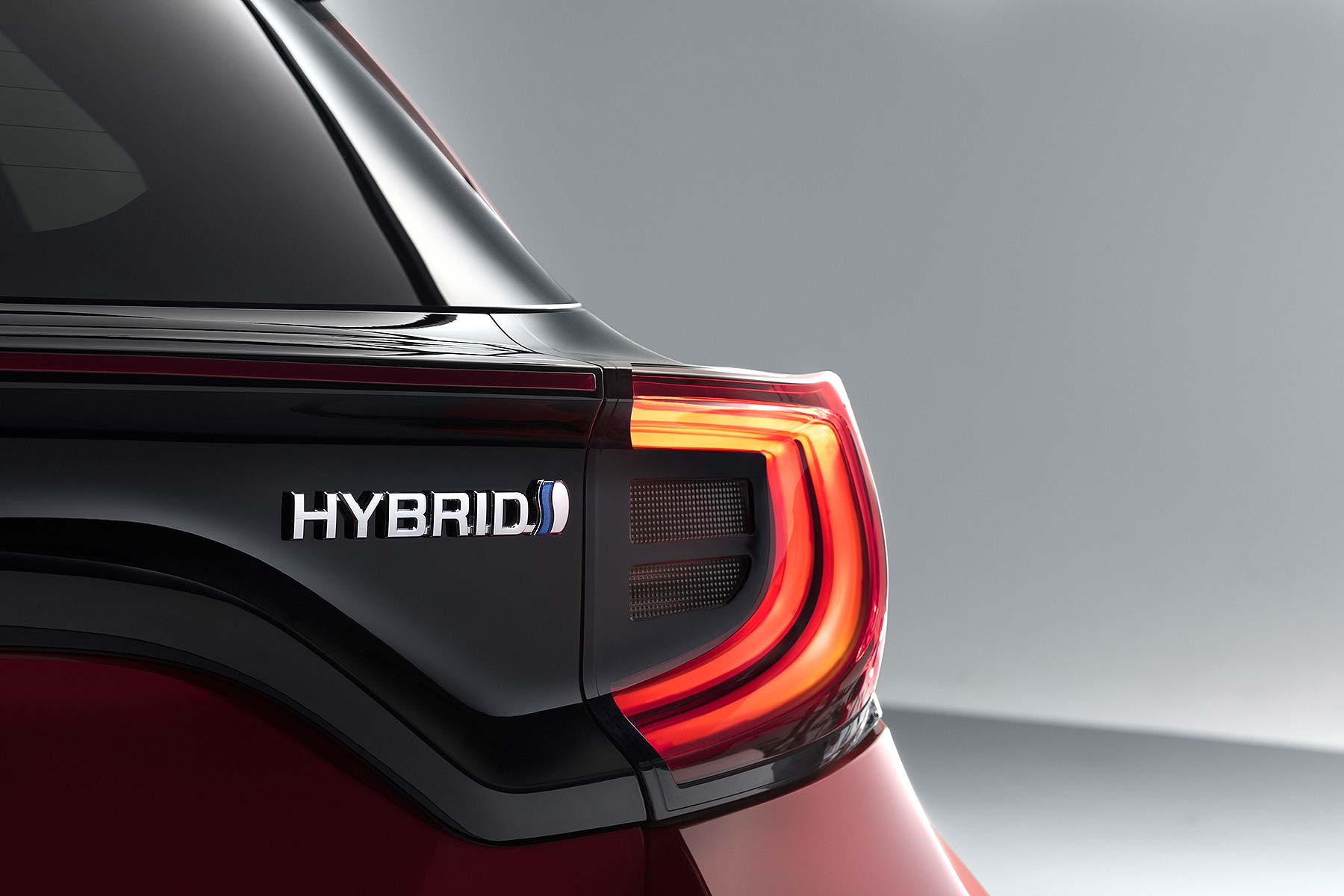 All versions of the Yaris have three-cylinder petrol engines. The regular UK engine will be a 1.5-litre; Toyota might bring a cheaper 1.0-litre in later.

But the most important engine is the 1.5-litre hybrid (which the firm dubs ‘self-charging hybrid’, because you don’t have to plug it in). Toyota has made a great leap forward here, too.

The all-new engine operates in an ultra-efficient way, called the Atkinson Cycle. This inherently makes it more efficient than regular engines, and it’s ably backed up by brand new fourth-generation hybrid technology. 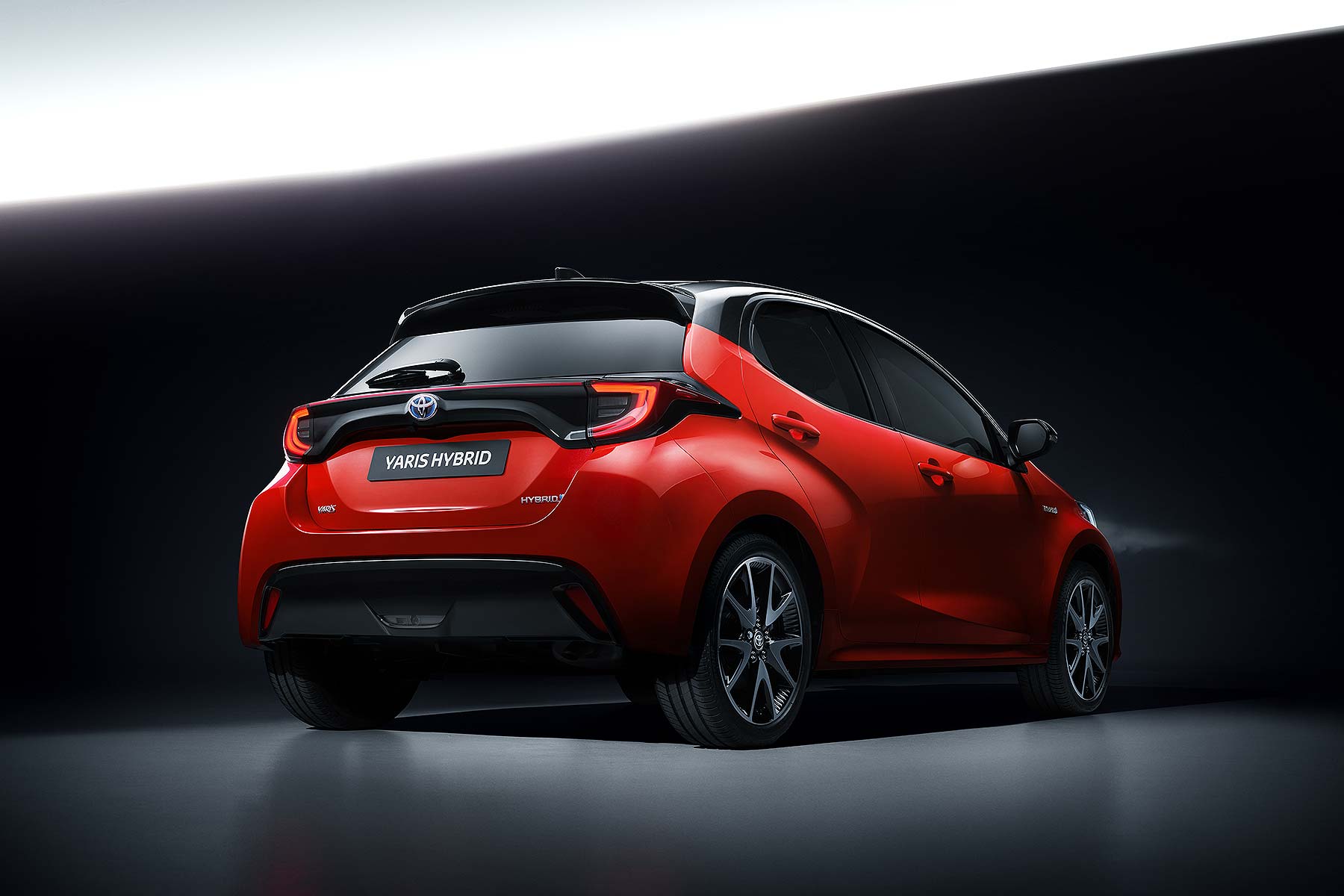 Toyota has swapped the old car’s  batteries for modern lithium-ion ones. These charge up faster, can deploy more power more quickly – and, we’re told, transform how the new Yaris drives.

Engineers say as much as 80 percent of urban driving will be conducted in zero-emissions engine-off hybrid mode (and it’s easier to keep the engine from kicking in when driving in electric). The engine will even shut down when you lift off the accelerator at motorway speeds.

It means 20 percent more efficiency, despite it also putting out 15 percent more power. And because the electric drive is more efficient, Toyota promises less of the high-revving engine effect when petrol power kicks in.

The car is still some way off reaching showrooms, so we don’t know economy and CO2 emissions figures yet, but CO2 of less than 70g/km seems a decent bet. It might also be brilliant at real-world economy tests.

Toyota has invested big in the new 2020 Yaris, and it shows. It’s already Europe’s favourite Toyota, and a regular top-20 best-seller in Britain. Watch with interest what this one can achieve. It certainly won’t be boring.

Toyota Hilux: the story of the pickup Clarkson couldn’t kill