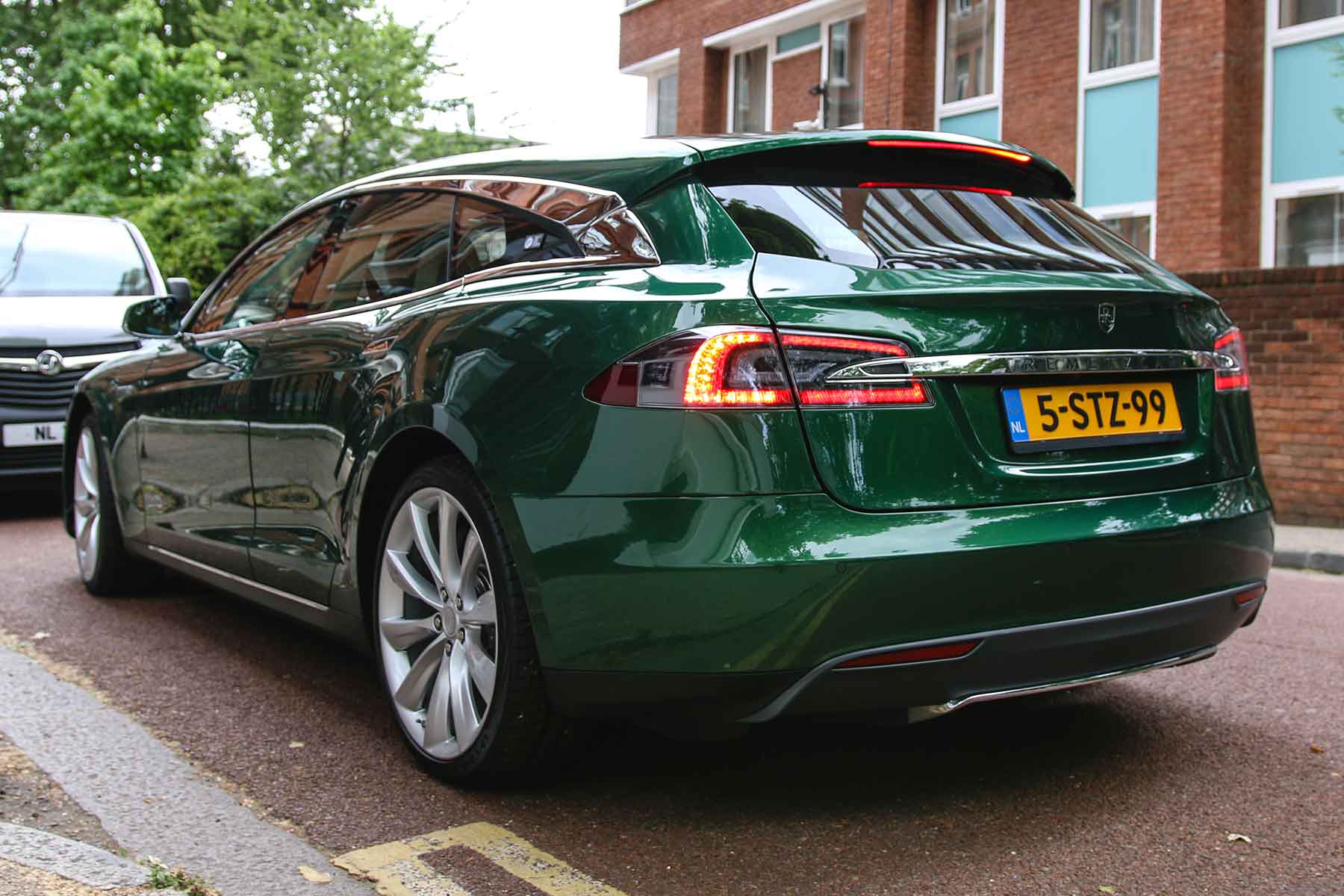 The Tesla Model S estate is a shooting brake for the new millennium. Forget images of the thoroughly British Lynx Eventer, pheasants hanging from the tree and long liquid lunches in the village pub. This Dutch-American effort is more dotcom than Dog & Duck.

It’s the work of Schiphol coachbuilders RemetzCar, under the watchful eye of London-based designer Niels van Roij. A total of 20 electric shooting brakes will be built, and the first one is taking a tour of Europe ahead of its official debut at the International Concours d’Elegance Paleis Het Loo at the end of the month. Today, it made its UK debut at the Dutch Embassy in London.

We’ll gloss over the fact that the Model S has too many doors to be classed as a real shooting brake – manufacturers have been blurring the lines for many years now – and instead, marvel at what could pass for a Tesla factory build. The Model X might have fancy gullwing doors, but it can’t match the Dutch creation for style, grace and charm.

The team at Niels van Roij Design penned the Model SB at the firm’s base in Woolwich, before briefing hearse and limousine experts RemetzCar. The Dutch coachbuilding company has over two decades experience in the field, with a CV featuring the likes of a Bentley Flying Spur station wagon, a six-wheeled stretched Range Rover Sport and a Rolls-Royce Phantom pick-up.

Today marks the London press launch of the #Tesla based #ShootingBrake. It is the very first time this tailor made car, designed in #London by Niels van Roij Design and hand made by coachbuilder Remetzcar, will been seen in the UK!

It’s not the first Tesla Model S shooting brake – Norfolk-based Qwest unveiled its SportsWagon earlier this year, before showing it at the London Motor Show – but car collector Floris de Raadt turned to his Dutch compatriot when he required a little more practicality from his electric hatch. 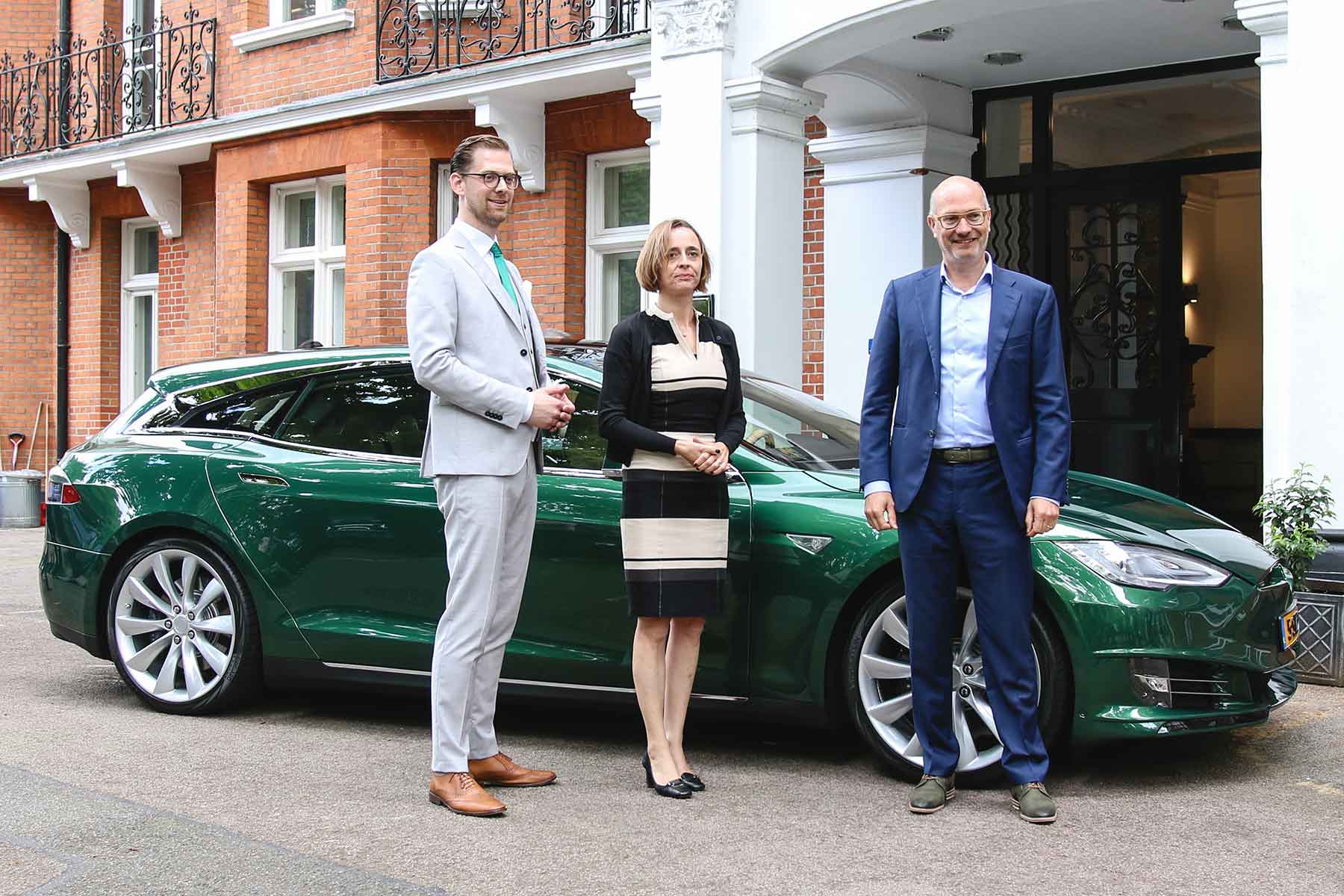 “We’ve invested a lot of time in the design process of our Shooting Brake,” said Niels van Roij. “We started with writing the design strategy, after which the design research was initiated, then sketching began.

“The aesthetics of this conversion have been developed thoroughly by producing three design propositions, within which 16 different design themes were generated. Our research focused on benchmarking high-end performance station cars, one-off vehicles and market trends.”

RemetzCar began the process by translating the design sketches, leaving the core structure and the crumple zones intact. To achieve a seamless transition from hatchback to an estate, the coachbuilders developed a bespoke tailgate featuring a rear spoiler with a brake light and a concealed rear wiper. 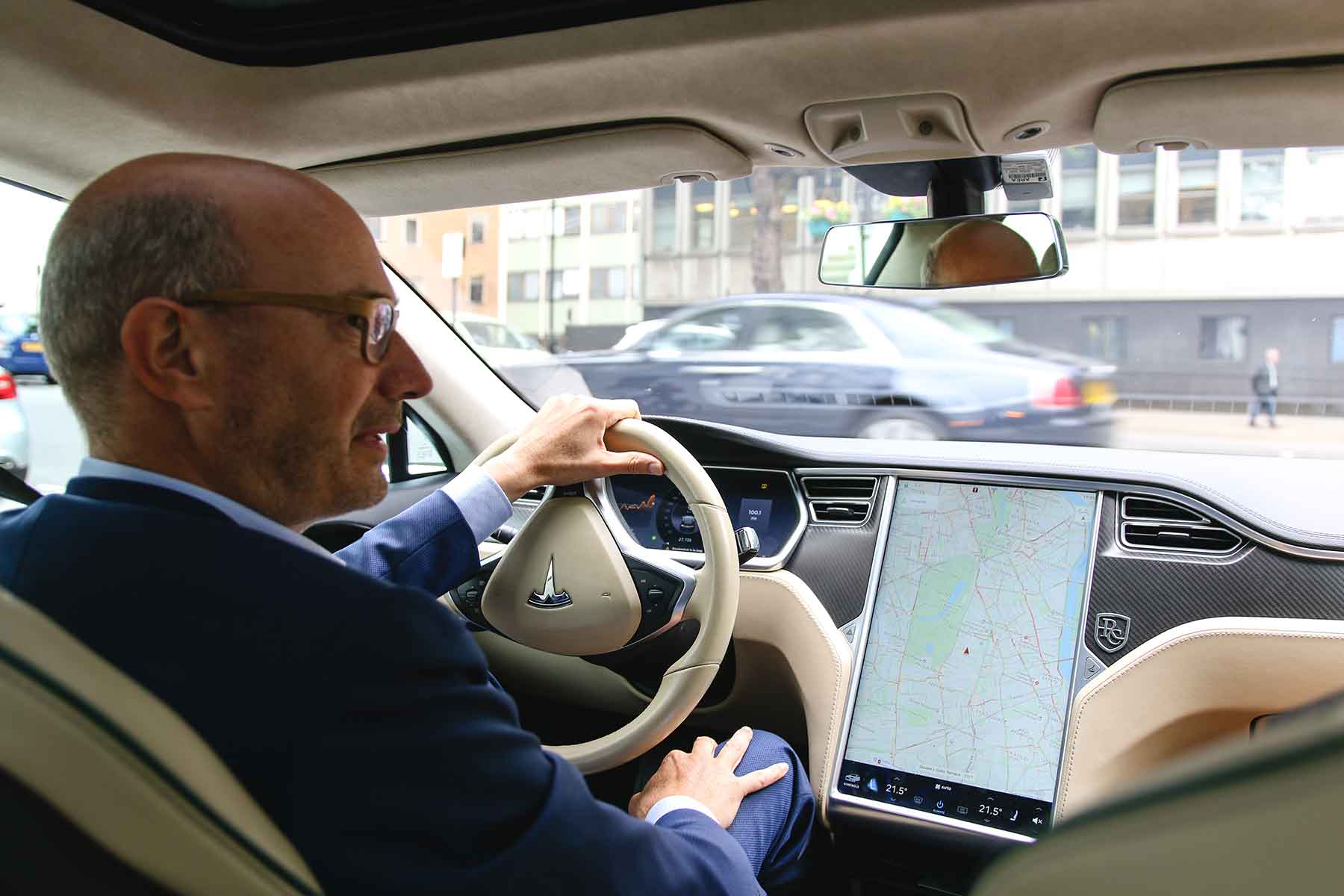 Finishing touches are provided by a chrome strip running from the A-pillar, along the roofline and around the panoramic roof, with a body finished in green metallic paint with a twist of gold. Inside, the exterior colour is complemented by a cream, green and black cabin. Overall, it takes five months to complete the conversion. Is Mr de Raadt pleased with the result?

“The idea was to translate my Tesla Model S into a dynamic and sporty yet elegant Shooting Brake, rather than creating a car with maximum luggage space,” said de Raadt. “Niels van Roij Design developed several options for the conversion, focusing on premium design combined with limited conversion costs: thus making coachbuilding available for a larger group of connoisseurs. 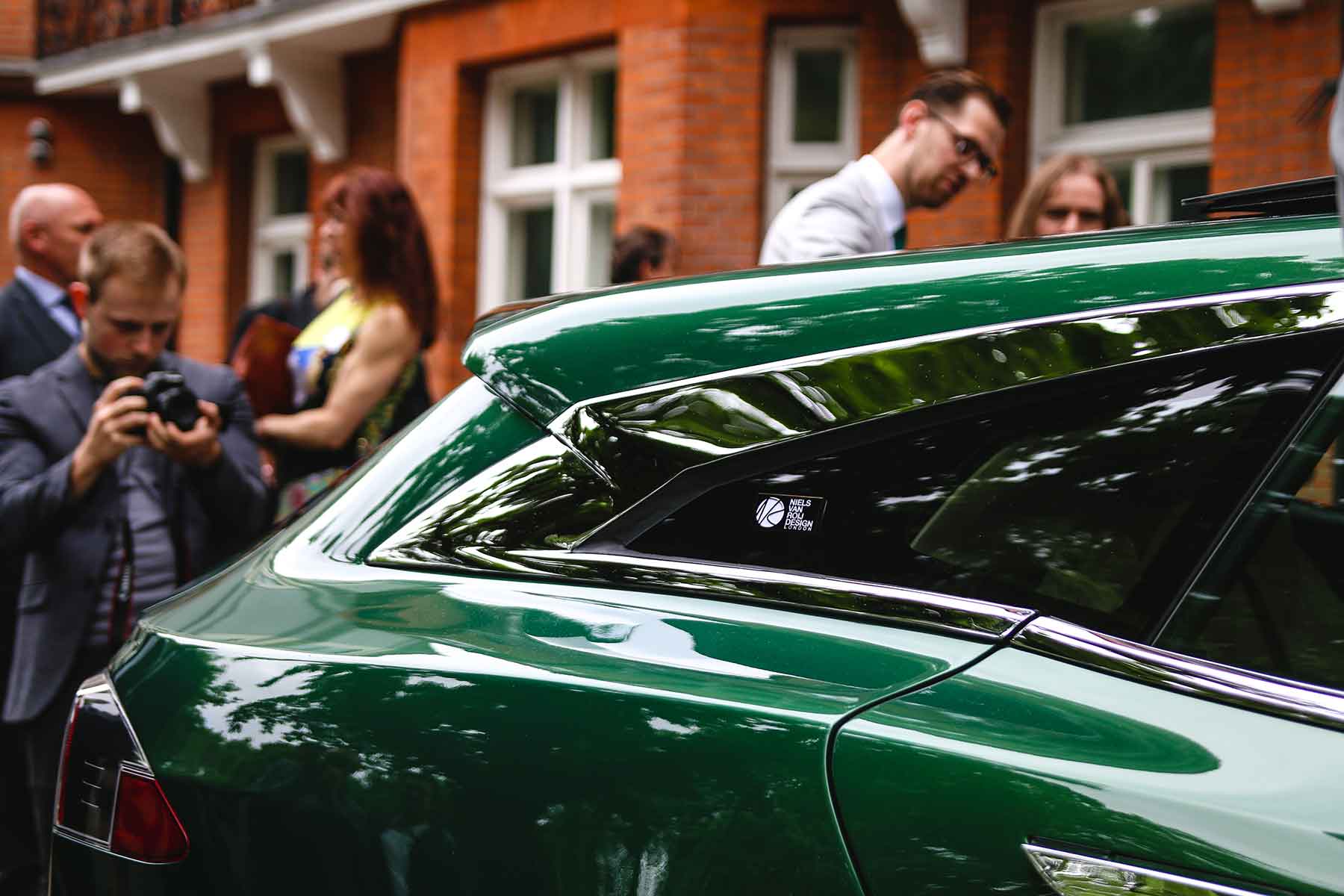 At the launch, it was revealed that it costs around £80,000 plus local taxes to convert the Model S, which is in addition to the cost of the base car. Tesla Model S prices start at around £65,000 for the 75D, rising to around £123,000 for the P100D. Not cheap, then, but with a further 19 planned, exclusivity is guaranteed.