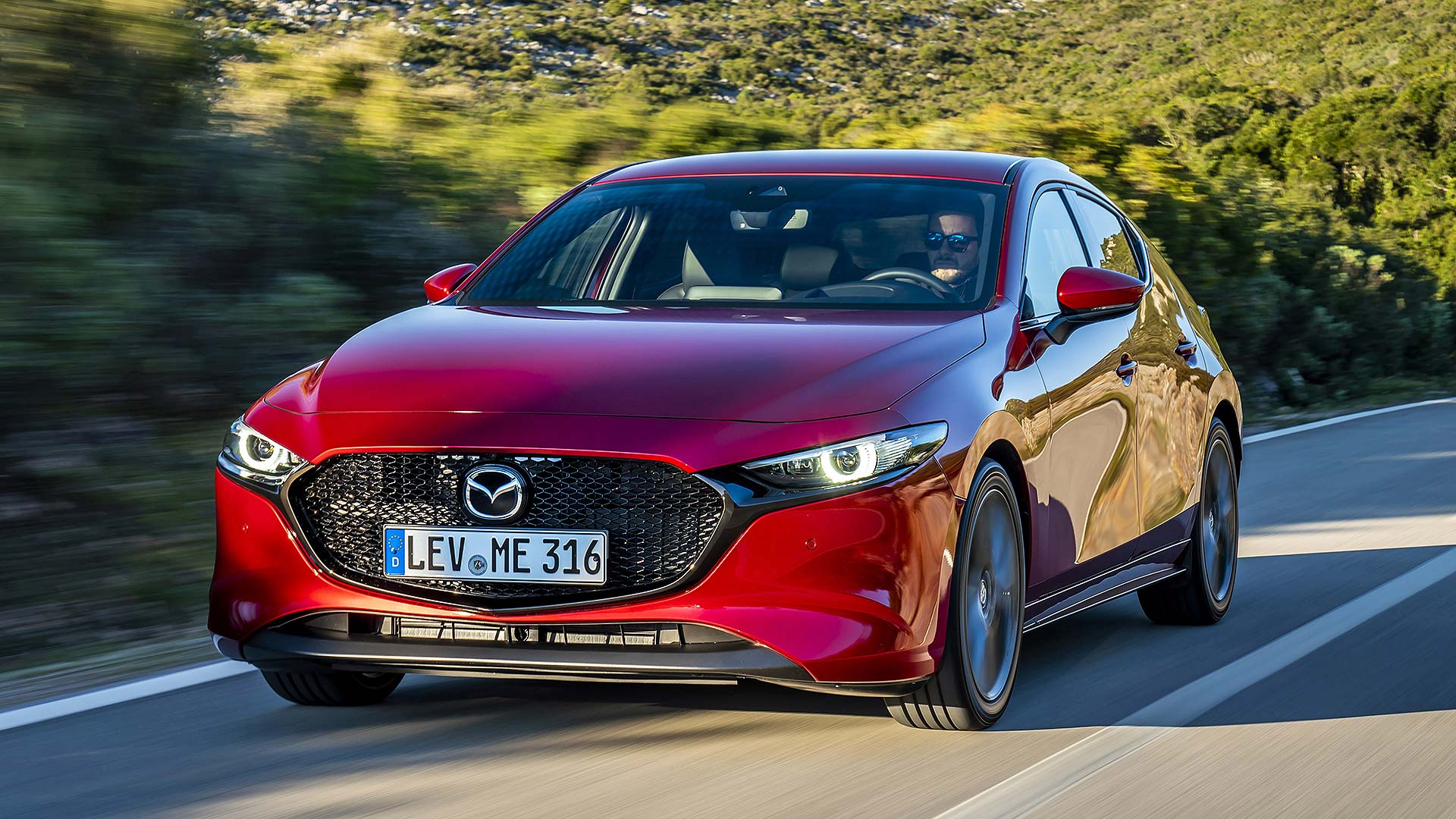 Prices for the new 2019 Mazda 3 start from £20,595 and it arrives at UK dealers in May. The all-new car is open for ordering now, initially as a five-door hatchback, with a four-door saloon launched later in the year.

Mazda’s rival to the Ford Focus and Volkswagen Golf is offered with a simple two-engine range at launch – one petrol, one diesel. An advanced Skyactiv-X motor also arrives later in the year: this revolutionary engine is world-first technology from Mazda.

The new Mazda 3 is available in five trim lines. All are well equipped: Mazda says very few people bought base-spec versions of the old car, so it has lifted equipment levels (and entry-level prices) to reflect this. 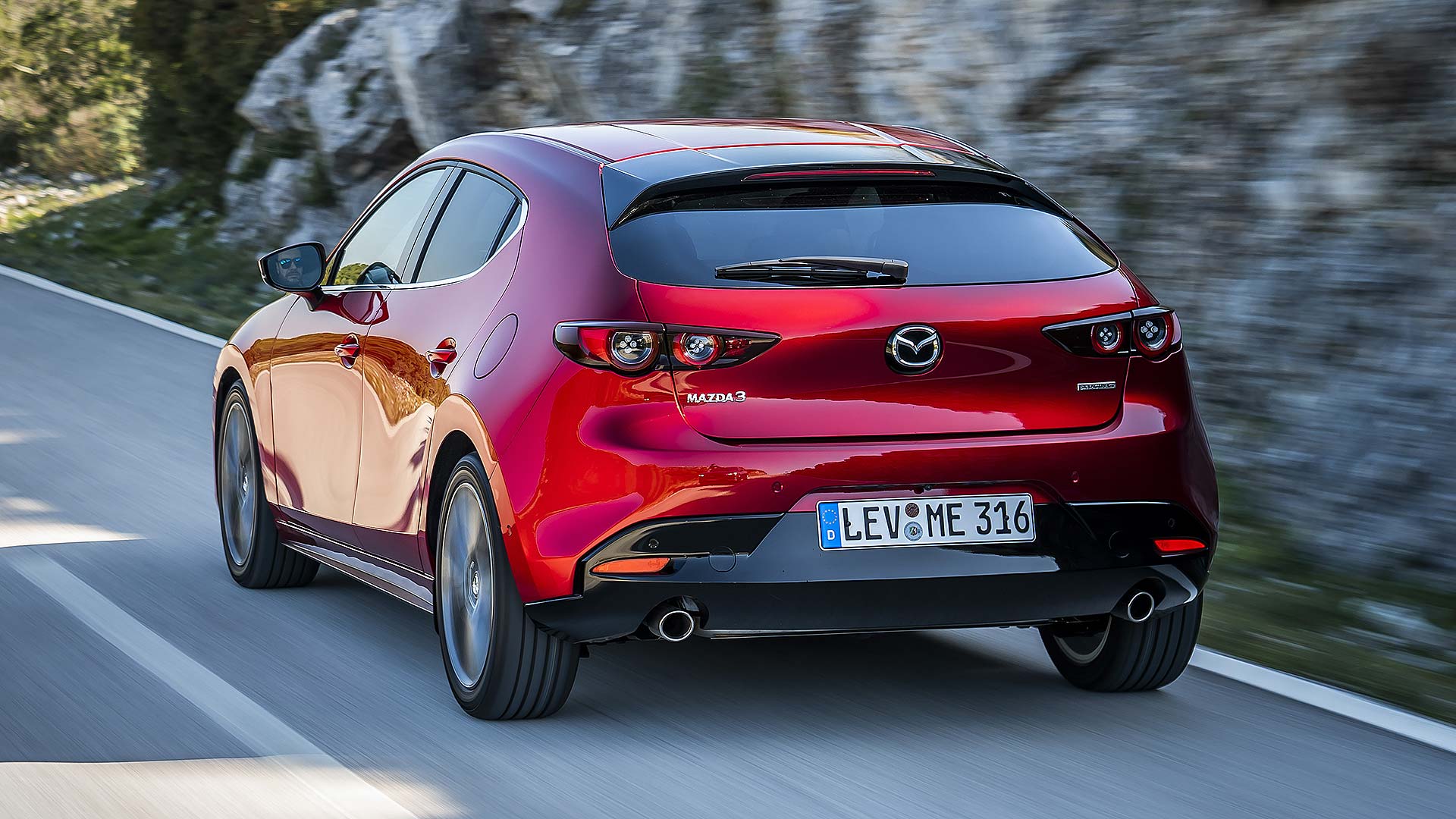 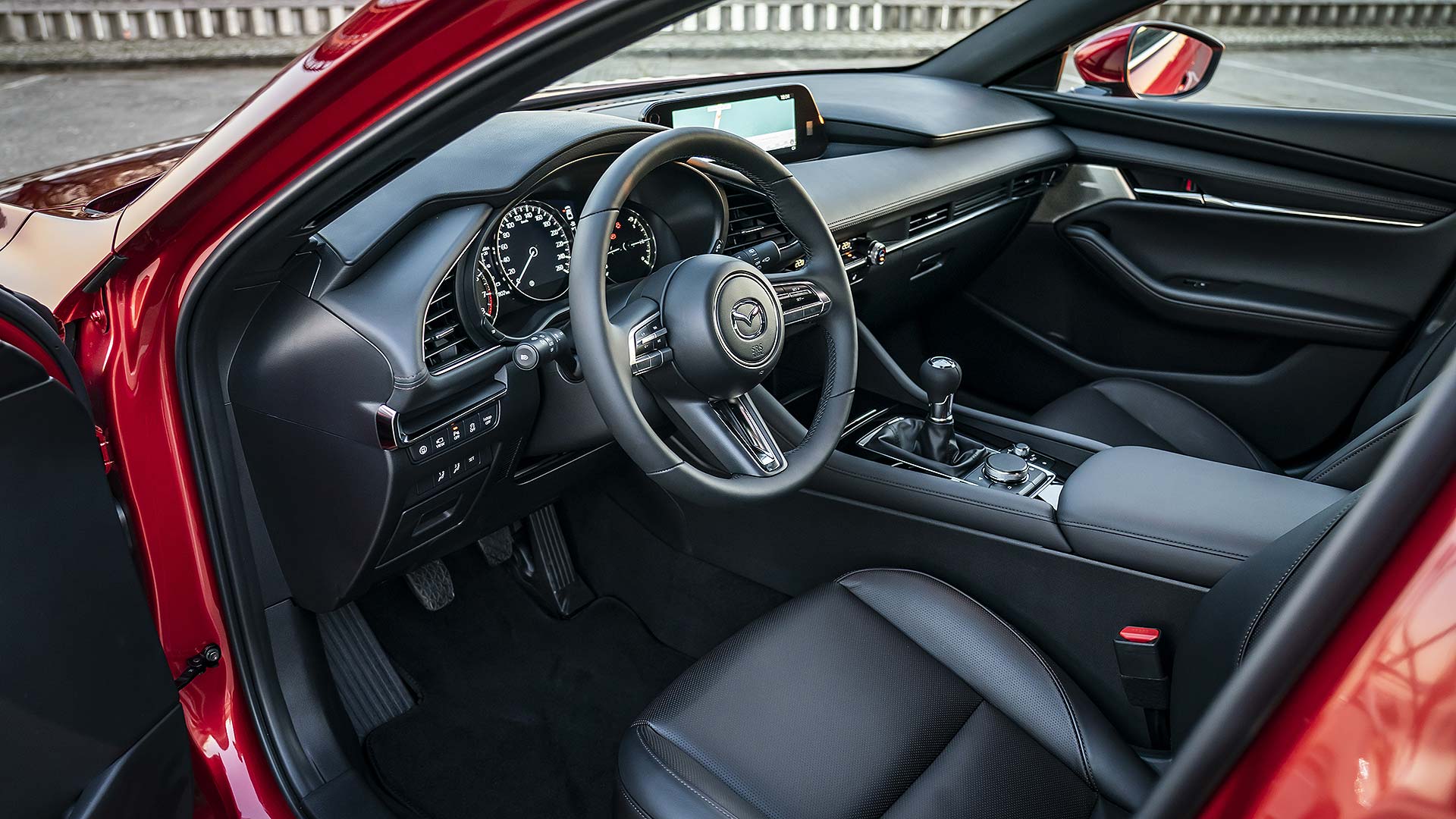 2019 Mazdas 3 variants open with SE-L and SE-L Lux, moving to Sport Lux, GT Sport and GT Sport Tech. Mazda expects Sport Lux and GT Sport to be the best-sellers (full prices are below). 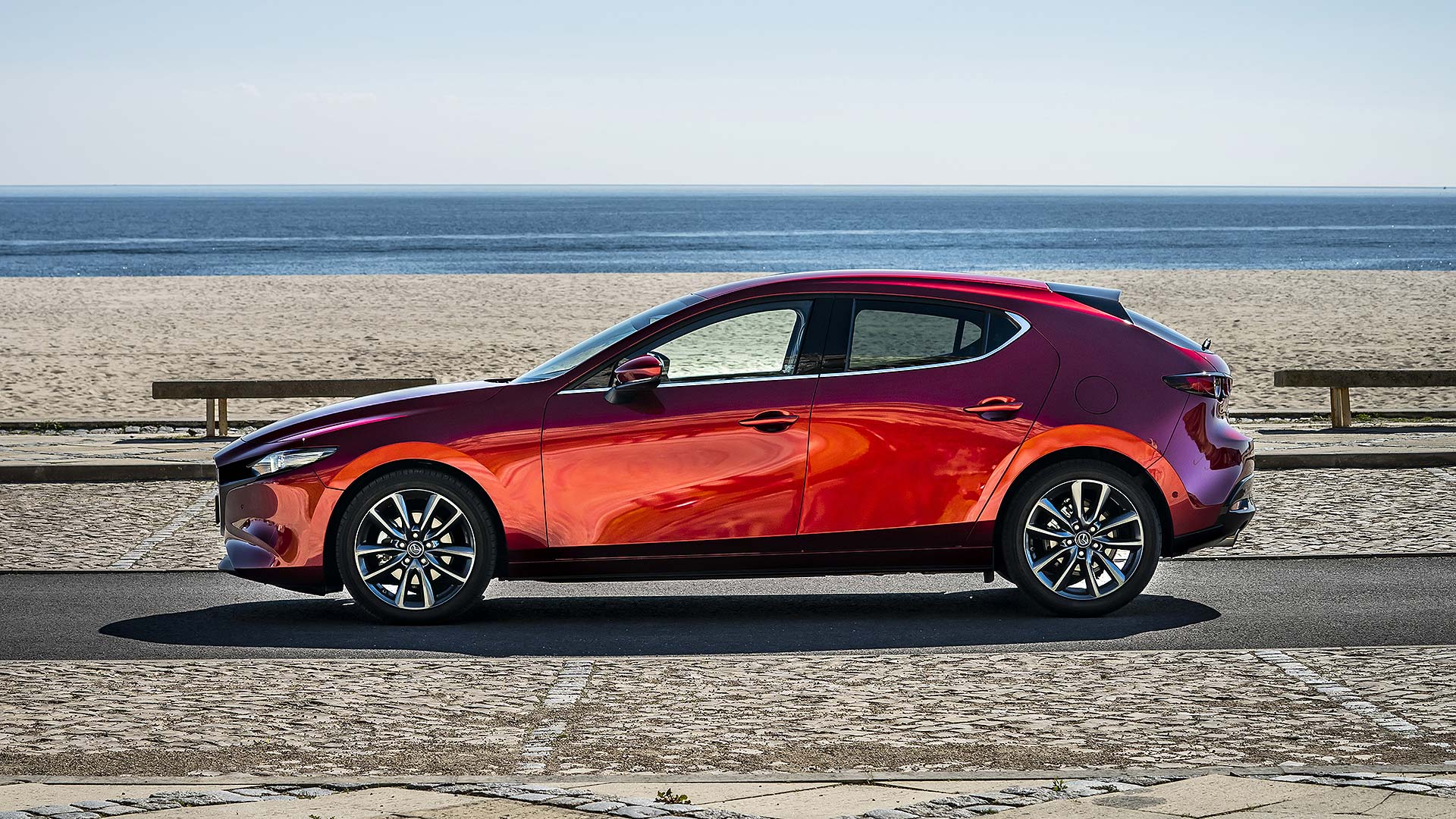 Engine choice is a 122hp 2.0-litre Skyactiv-G petrol or a 116hp 1.8-litre Skyactiv-D diesel. Barely more than 5 percent of buyers will choose the diesel which, like the petrol, is available as a manual or automatic across the range.

The diesel averages up to 56.5mpg via the new WLTP combined fuel economy test, and emits as little as 107g/km CO2. It takes 10.3 seconds to reach 62mph from rest, although the auto is a lot slower, doing it in 12.1 seconds.

Most buyers will pick the petrol. This comes, as standard, with a Mazda M 24V mild hybrid system. This converts brake energy into electricity, stored in a high-capacity lithium ion battery, to boost the engine under acceleration. 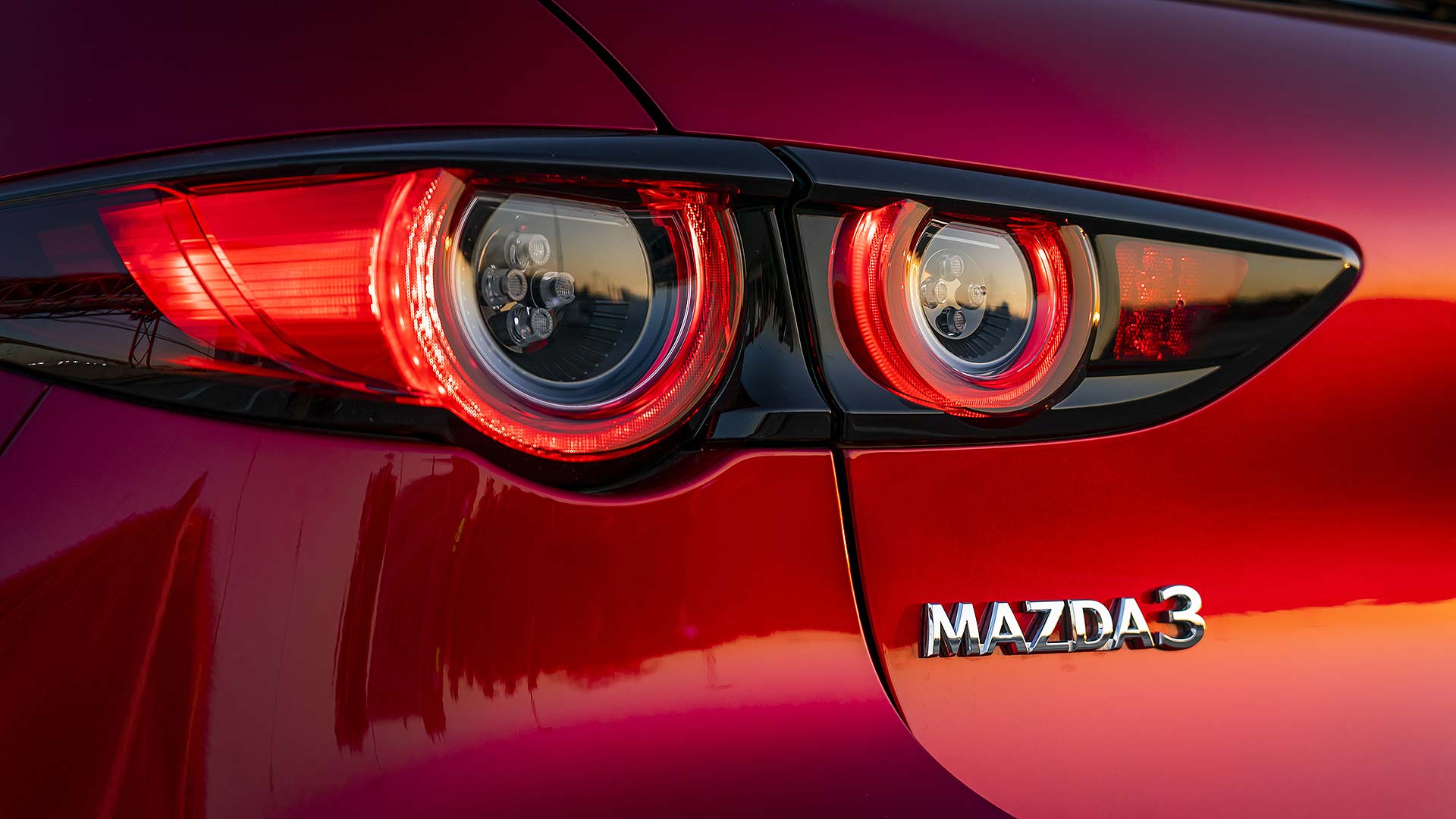 The tech helps take the load off the petrol engine, improving fuel consumption. It also gives an electrical ‘boost’ at lower speeds, giving it more pulling power and better responses. 0-62mph takes 10.4 seconds and the 122mph top speed is almost identical to the diesel.

Petrol engine buyers also get cylinder deactivation as standard. When cruising, two cylinders are shut down, imperceptibly, to save fuel. The 2.0-litre motor averages up to 45.6mpg on the combined cycle and emits 117g/km CO2. 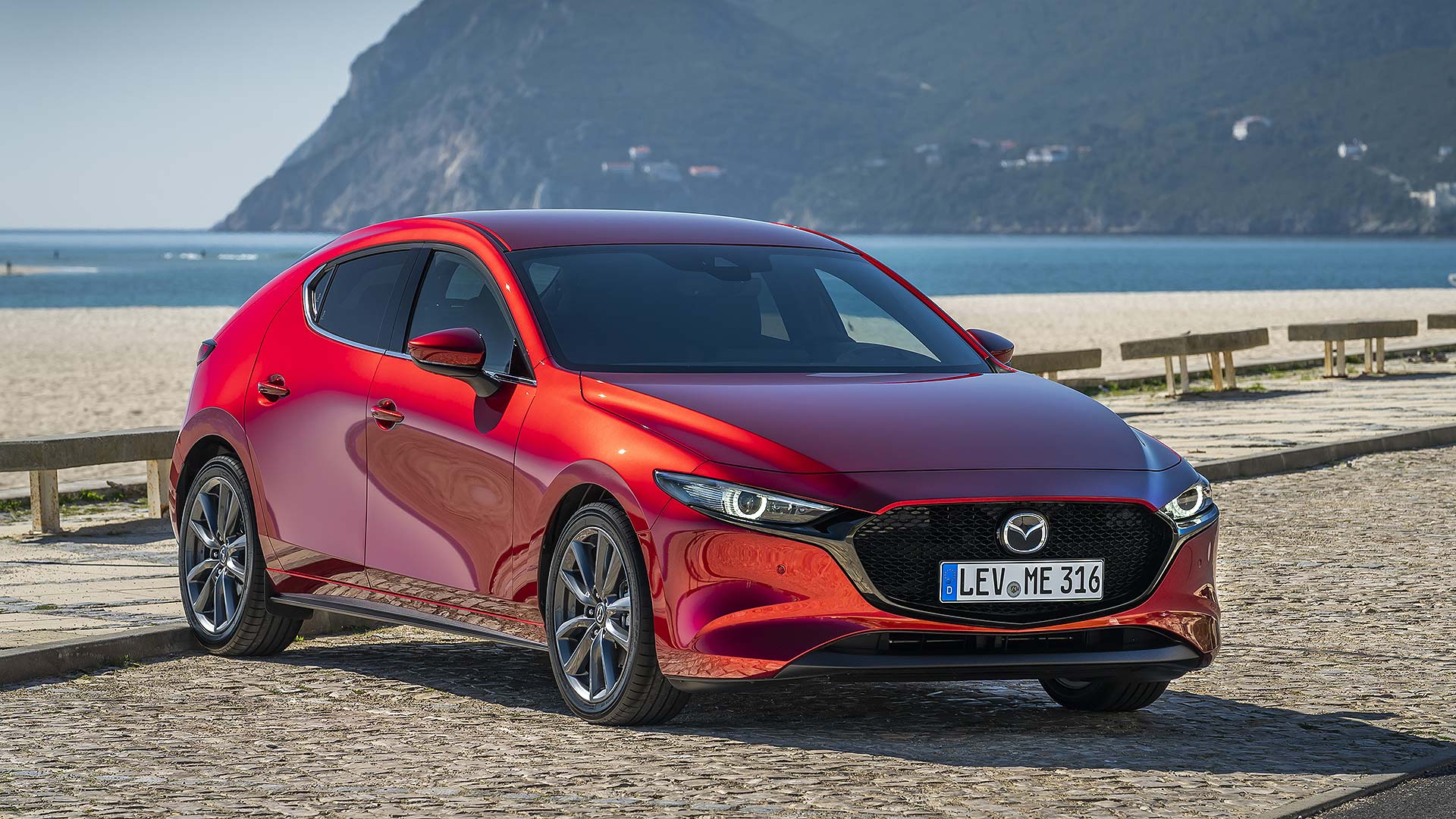 The only option on the 2019 Mazda 3 range is paint colour; all other features come as standard as part of the five trim lines. Mazda is proud of its new Bose premium audio system, for example – this is standard on GT Sport models. 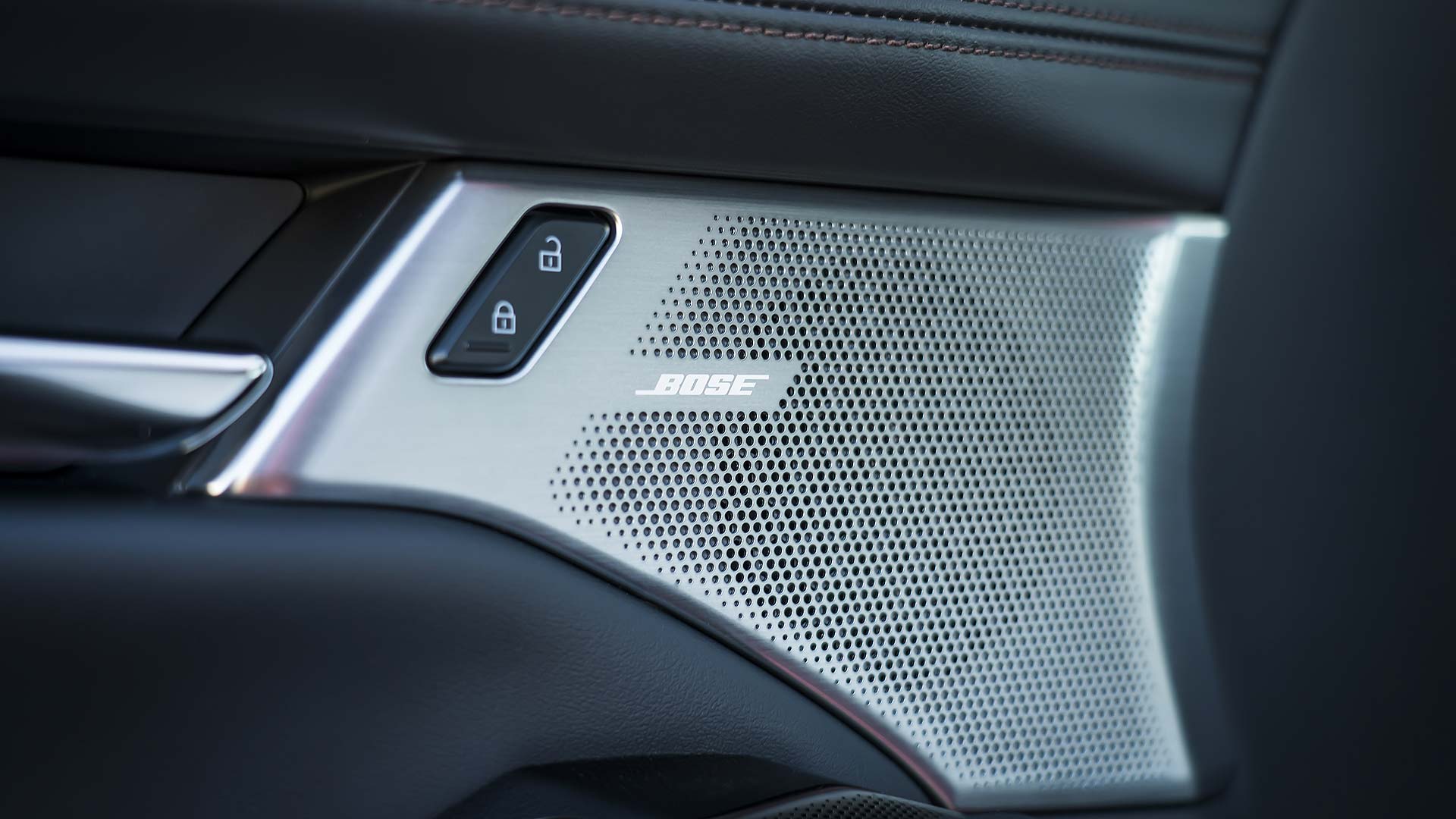 As for the price difference between diesel and petrol, diesel versions carry a £1,800 premium, despite petrol coming as standard with the mild hybrid tech. Automatics cost £1,300 more than manual on petrol models, £1,340 on diesels. 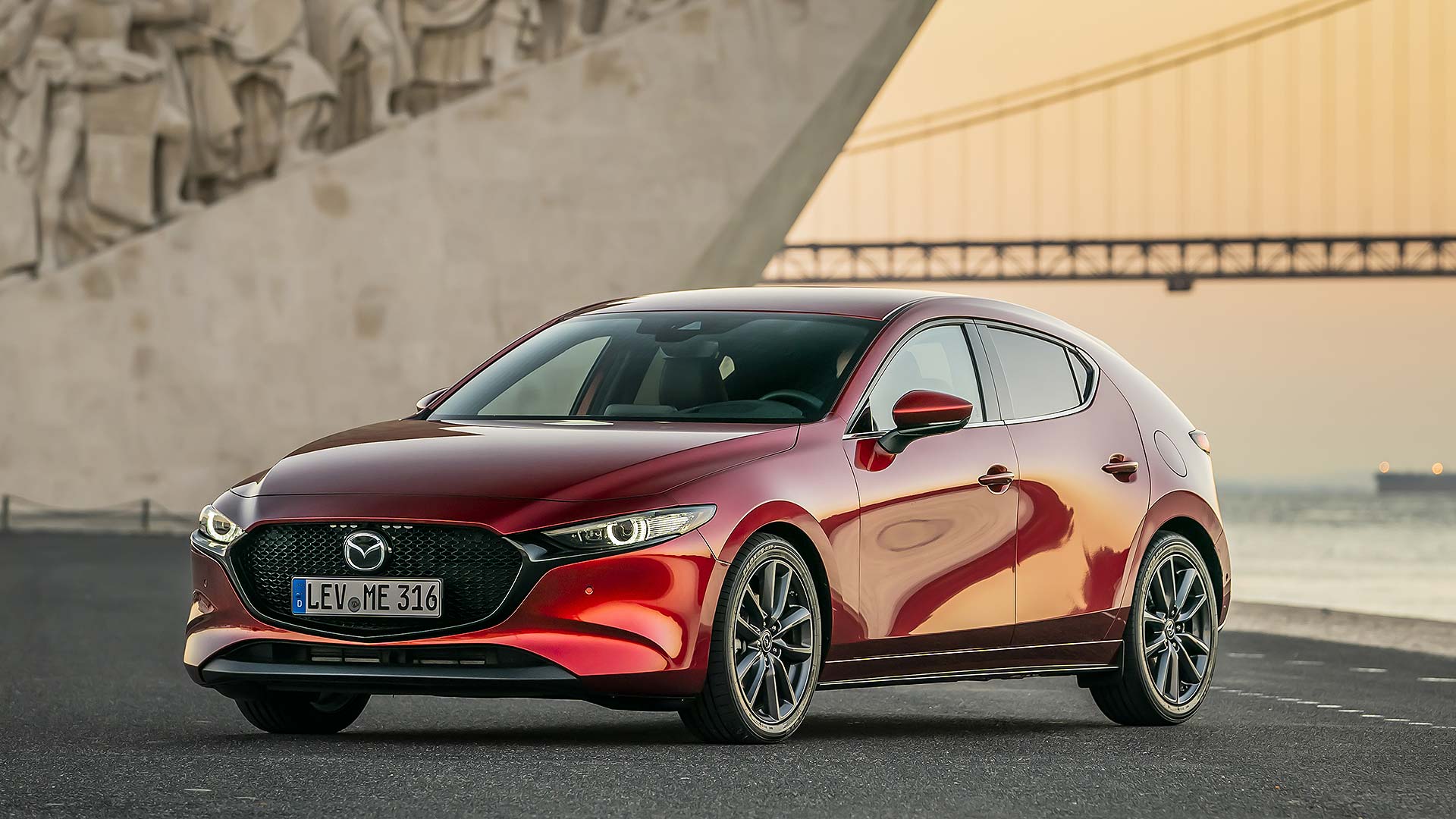