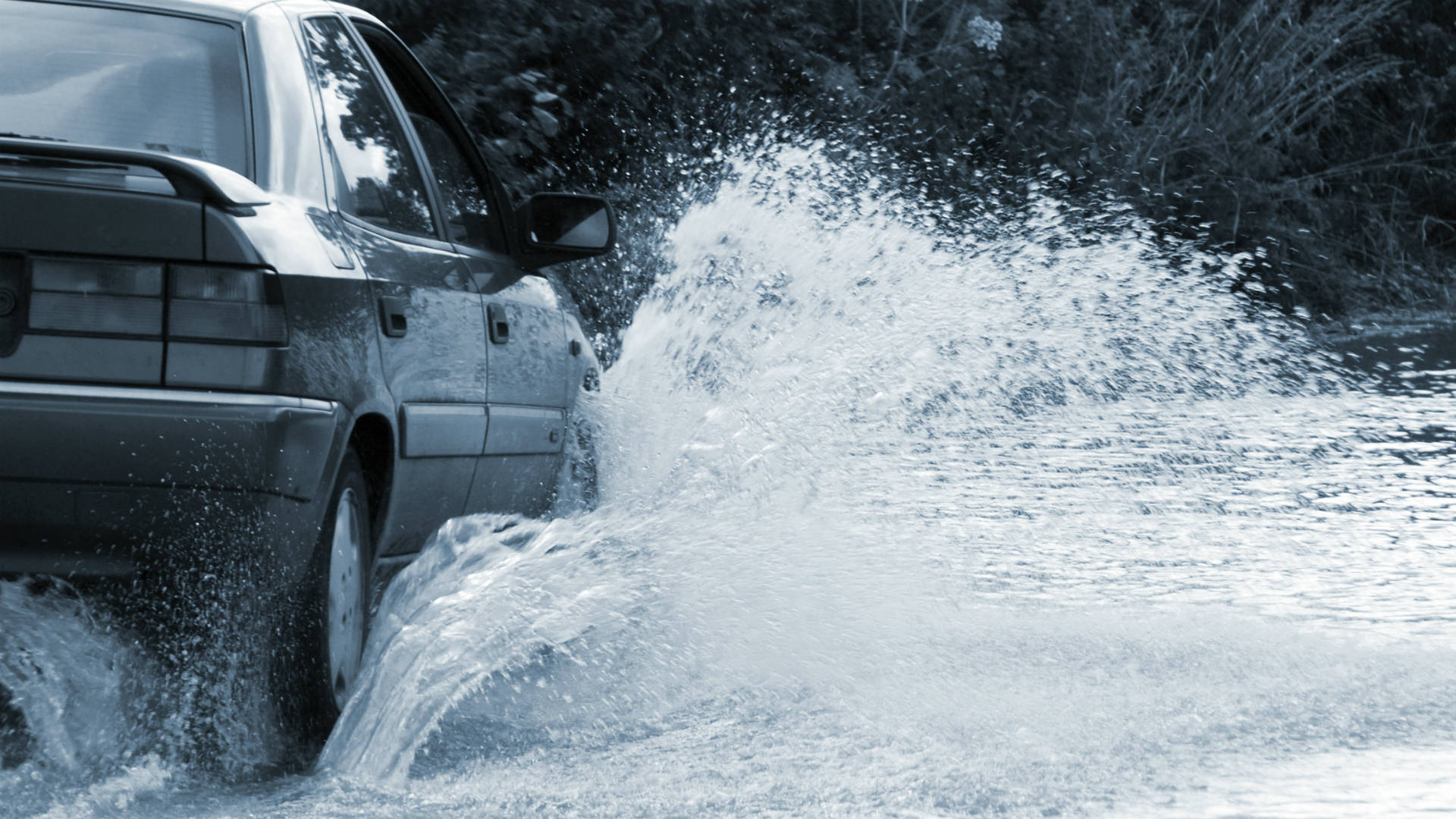 Three quarters of drivers (74 percent) would risk driving through flood water. That’s despite it being the leading cause of death in flooded areas. Indeed, 32 percent of flood-related deaths are in vehicles.

New research reveals that many drivers are oblivious to the risks associated with driving through flood water. With heavy rain expected over the Christmas period, this could spell trouble for many motorists.

Just 30cm of moving water is enough to float a car, but only one in four drivers (24 percent) would find an alternative route to avoid a flooded road.

In November, three people were rescued from the roof of a car in Devon after fast-flowing water reached the windows of their vehicle. Meanwhile, a woman in Doncaster had to be rescued from a submerged car.

The survey carried out by the AA in partnership with the Environment Agency found that Leicester is the top place for flood-related breakdowns in the UK.

Watery Gate Lane played host to 88 flood-related callouts between 2014 and 2018. It tops the list of the top 10 places for breakdowns due to flood water. 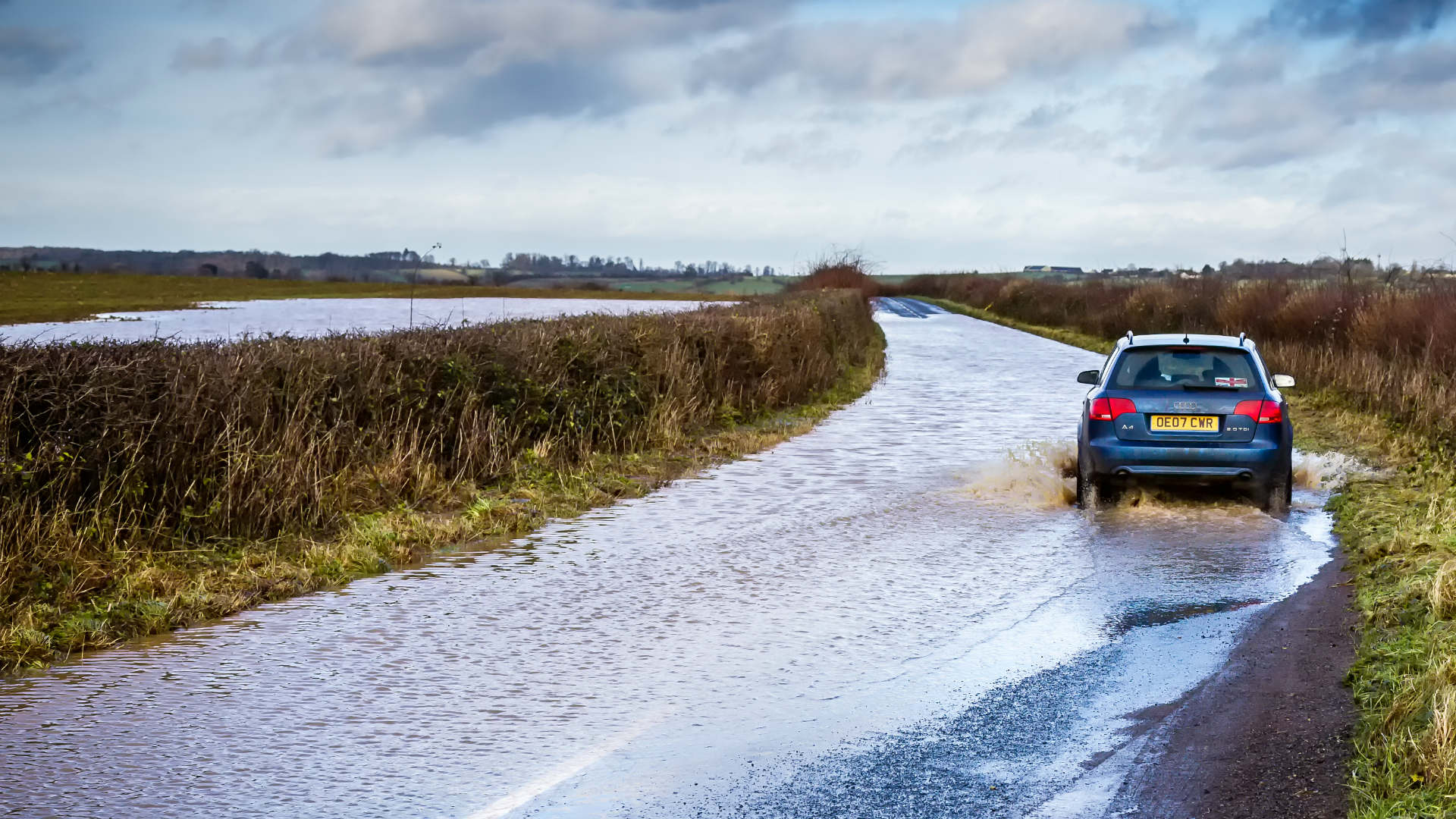 Caroline Douglass, director of incident management and resilience at the Environment Agency, said: “It is concerning that so many drivers are willing to risk their own life and the lives of others by driving through flood water.

“Our message is clear: surface water flooding it is often deeper than it looks and just 30cm of flowing water is enough to float your car. Never drive through flood water. Turn around and find another route.”

The AA’s Ben Sheridan added, “Don’t chance it if the road ahead is flooded – flood water can be deceptively deep and can hide other hazards in the road which can leave you stranded.

“Trying to drive through flood water puts you and your passengers at risk, but it can also cause damage to your car. It only takes an egg-cupful of water to wreck your engine and on many cars, the engine’s air intake is low down at the front.”

How to drive through SHALLOW flood water 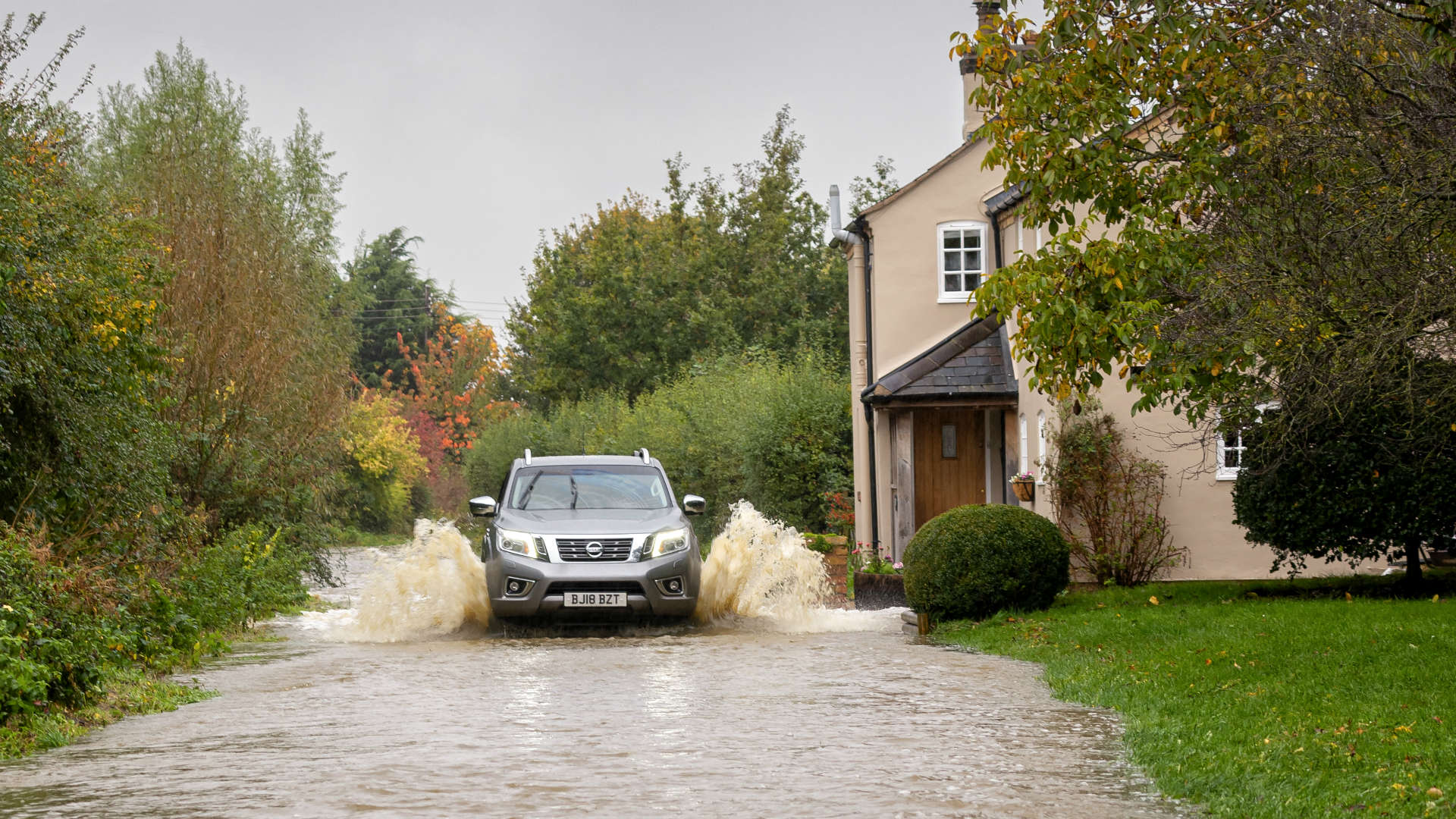 The message is pretty clear: you should avoid driving through a flood. However, if you decide that the flood is shallow enough to drive through, the Driver and Vehicle Standards Agency (DVSA) has the following advice:

NEVER attempt to drive through fast-moving water such as a flooded bridge or a ford. Conditions can change rapidly, so you may be swept away. Equally, you don’t know if the flood water is hiding debris or a broken road. 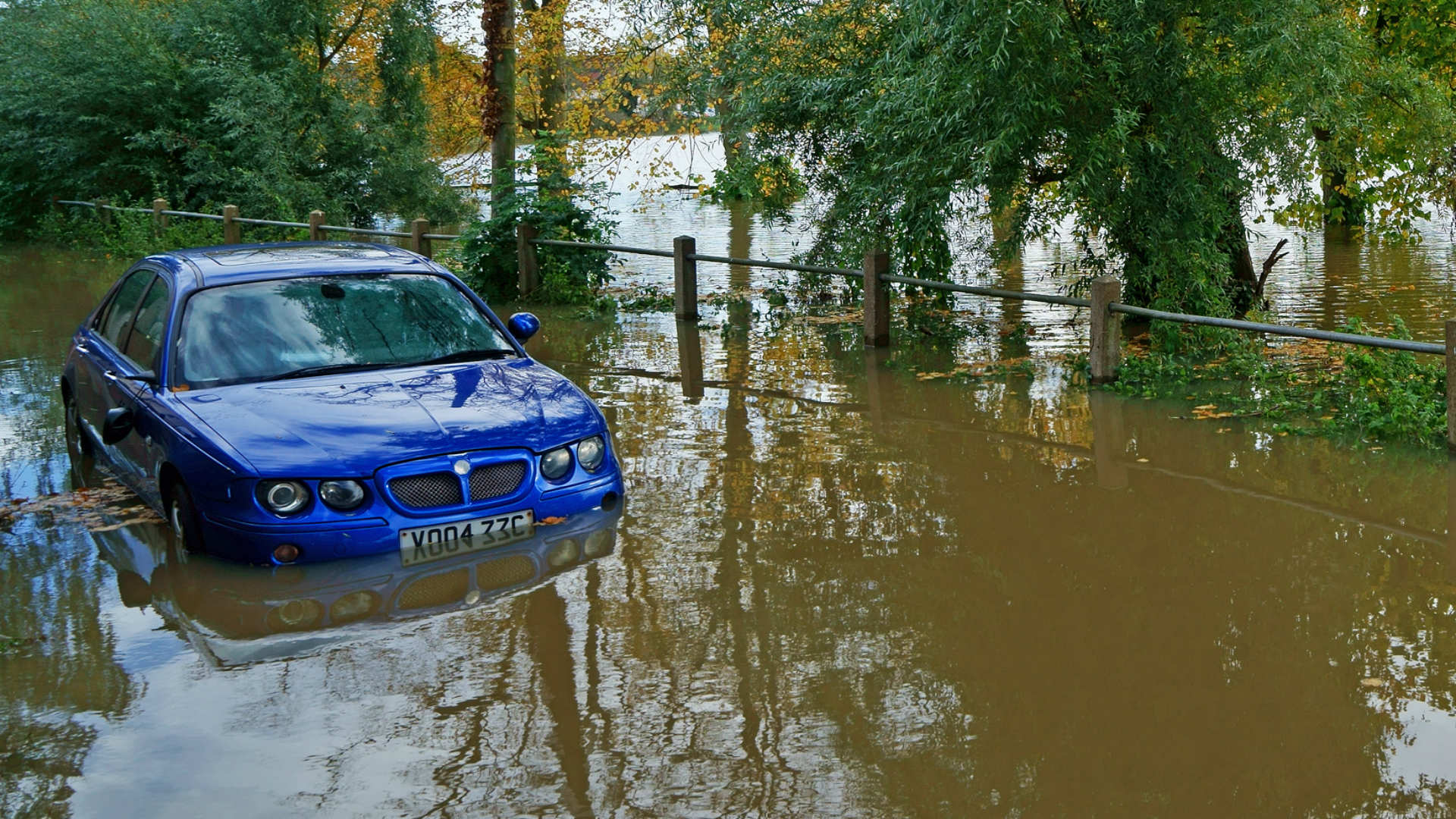 If your engine cuts out after driving through flood water, don’t attempt to restart it. Instead, call your breakdown provider and wait for help.

The AA lists these facts about flood water. They are worth considering before you attempt to drive through a flood.

Listen to local traffic and weather reports, and use social media to receive an early warning of roads blocked by flood water. It’s better to plan ahead than it is to react to sudden changes in conditions.