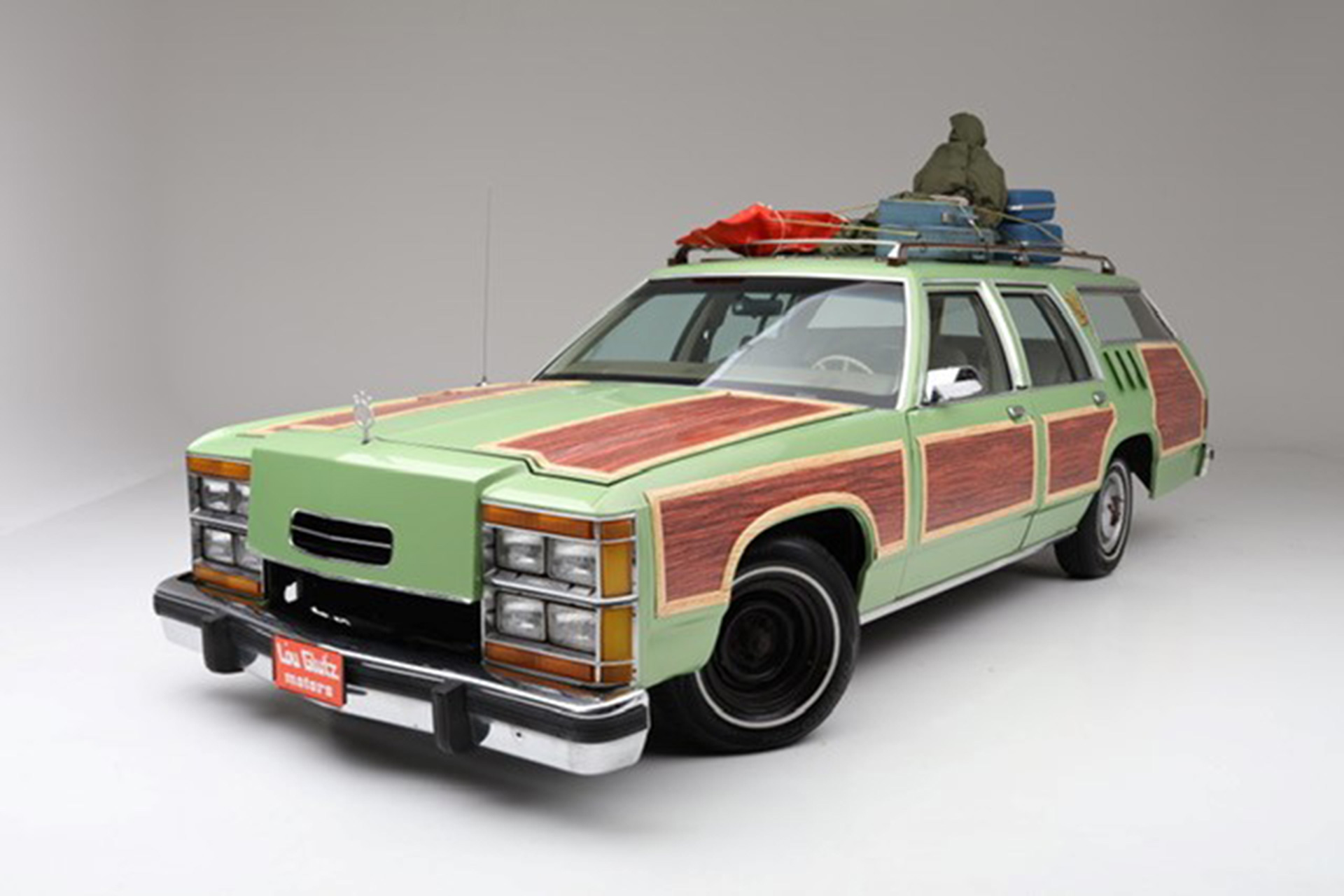 A replica of the car which starred in the 1983 cult comedy film National Lampoon’s Vacation is set to go across the Barrett-Jackson auction block next month.

It means this could be the chance to live out your dreams of playing Clark Griswold, and getting behind the wheel of the Wagon Queen Family Truckster.

Although it is not the original car from the film – with several other recreations having been built before – it still marks a rare opportunity for movie motoring fun.

“Dad, this is not the car you ordered!” 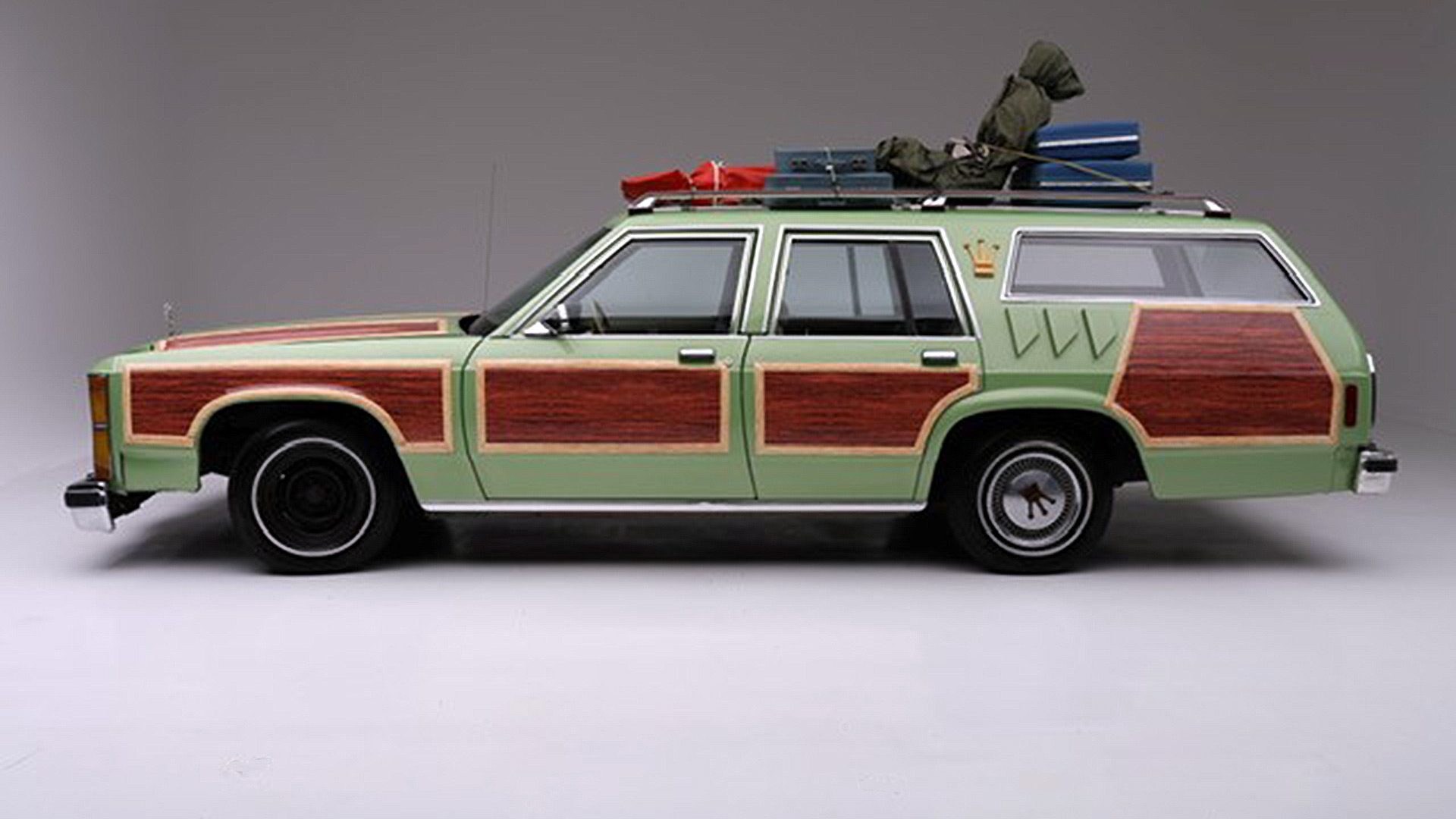 Based upon a Ford LTD Station Wagon, the original Wagon Queen was intended to mock the outdated malaise-era woodie wagons.

With the birth of the minivan on the horizon, cars like the ‘79 LTD used to make the original Family Truckster were rapidly falling out of favour with American car buyers.

Whilst this replica uses a later Ford LTD body from 1981, it still packs all the details of the movie original.

Even the awkward hood-mounted gas cap, Lou Glutz Motors plates, and Wagon Queen dashboard badge are all present and correct.

“You think you hate it now, wait ‘til you drive it” 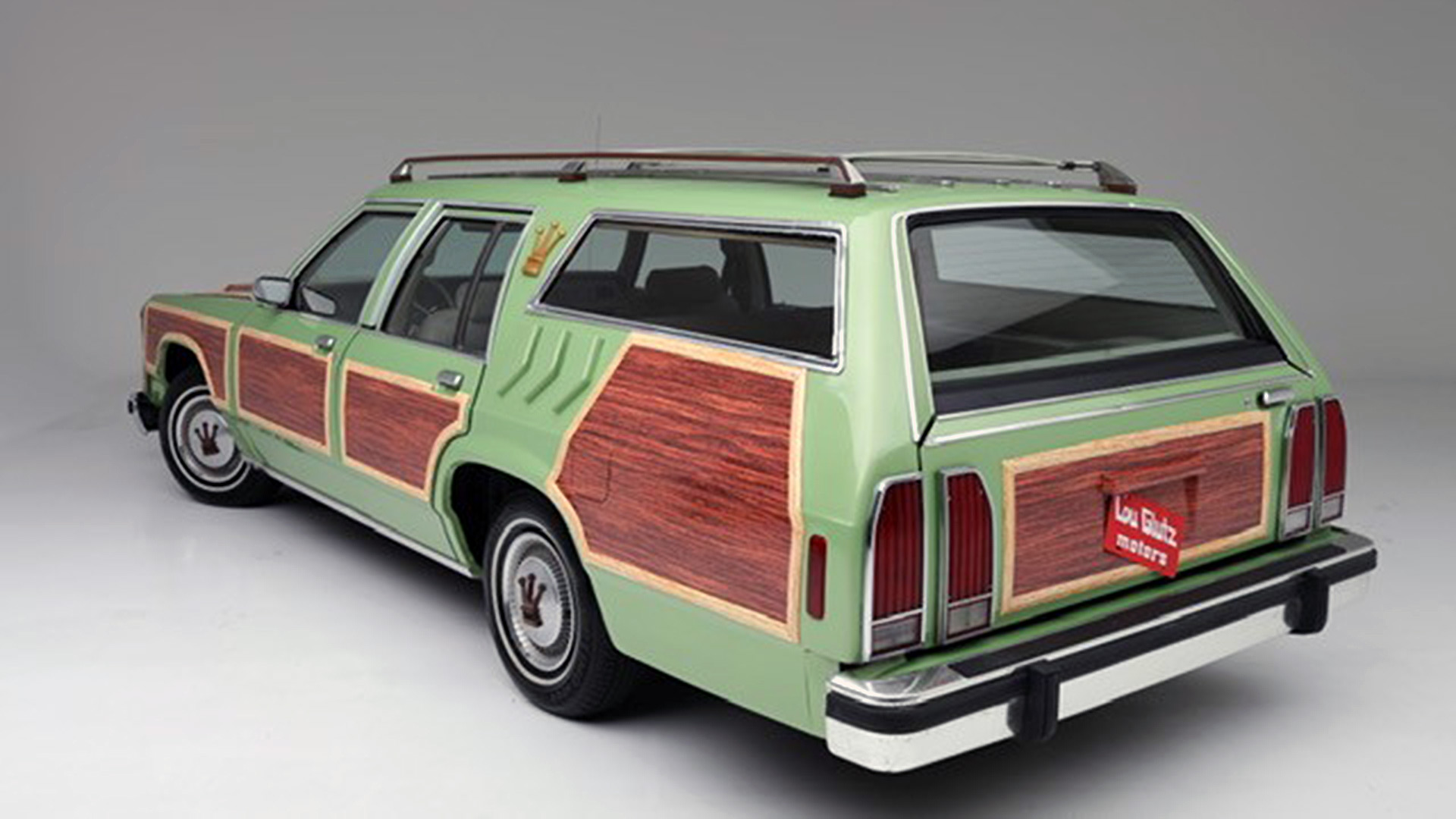 All 1981 Ford LTD wagons came with a standard 5.0-liter Windsor V-8 engine, but forget any ideas of big performance. Output was rated at only 130 horsepower and, when combined with a weight of 3,669lb (1,664kg) means leisurely cruising is more appropriate.

This particular car up for grabs retains the 5.0 engine, along with a four-speed automatic gearbox.

So just enjoy the ride, and relax in the sizeable beige velour seats combined with acres of woodgrain vinyl interior trim. Just in case there wasn’t enough of it on the outside already.

“It’s a long way down the holiday road” 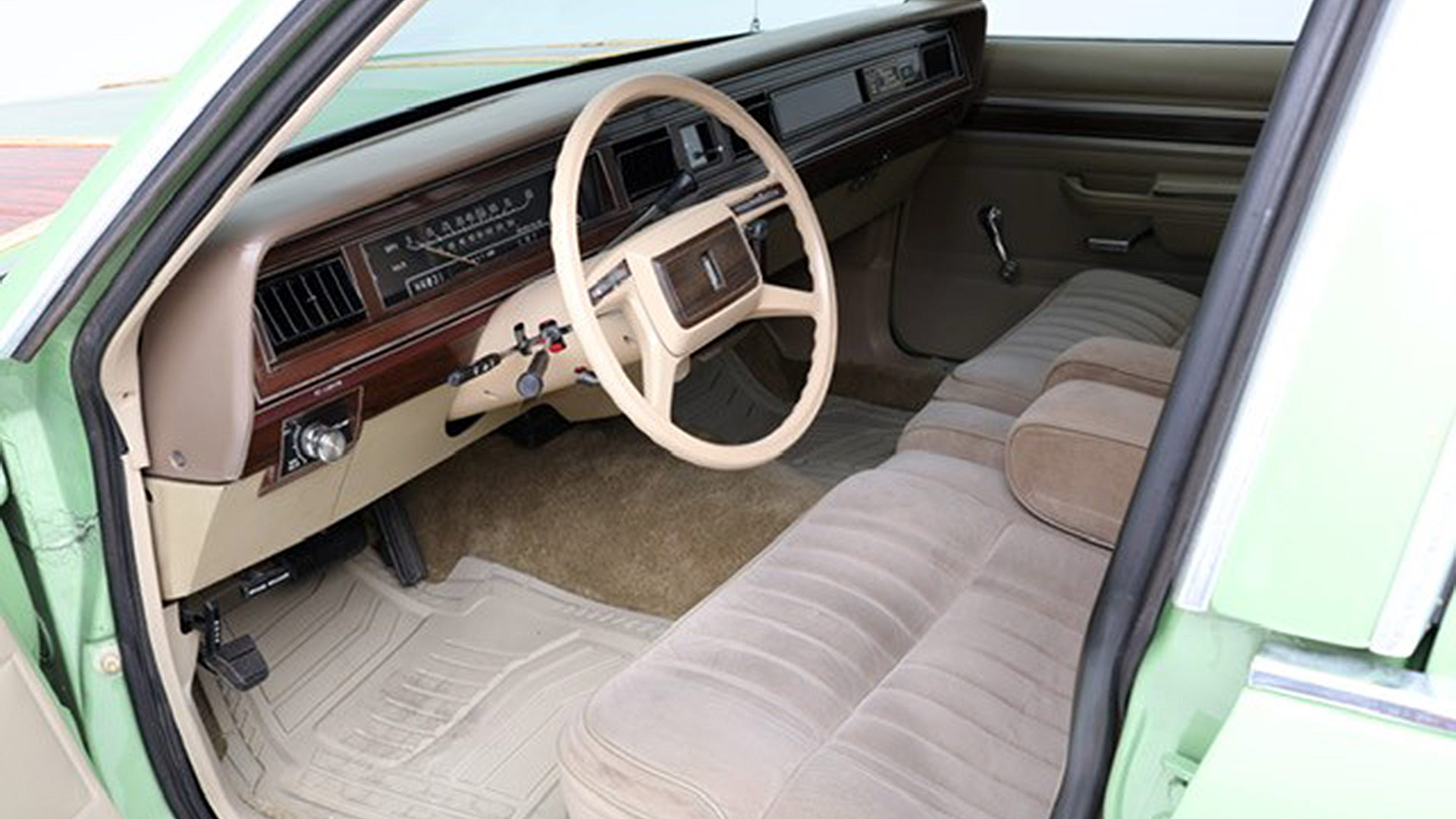 The fact that this particular car is a replica of the film version potentially makes it more usable.

You can take it to your local car meet, or even set off on a trip across America to visit a theme park, safe in the knowledge you are not putting a famous movie prop at risk.

Although with any car of this age, there is obviously no satellite navigation fitted. It means you’ll have to rely on your own sense of direction to avoid taking the wrong exit in St Louis, Missouri, for instance. 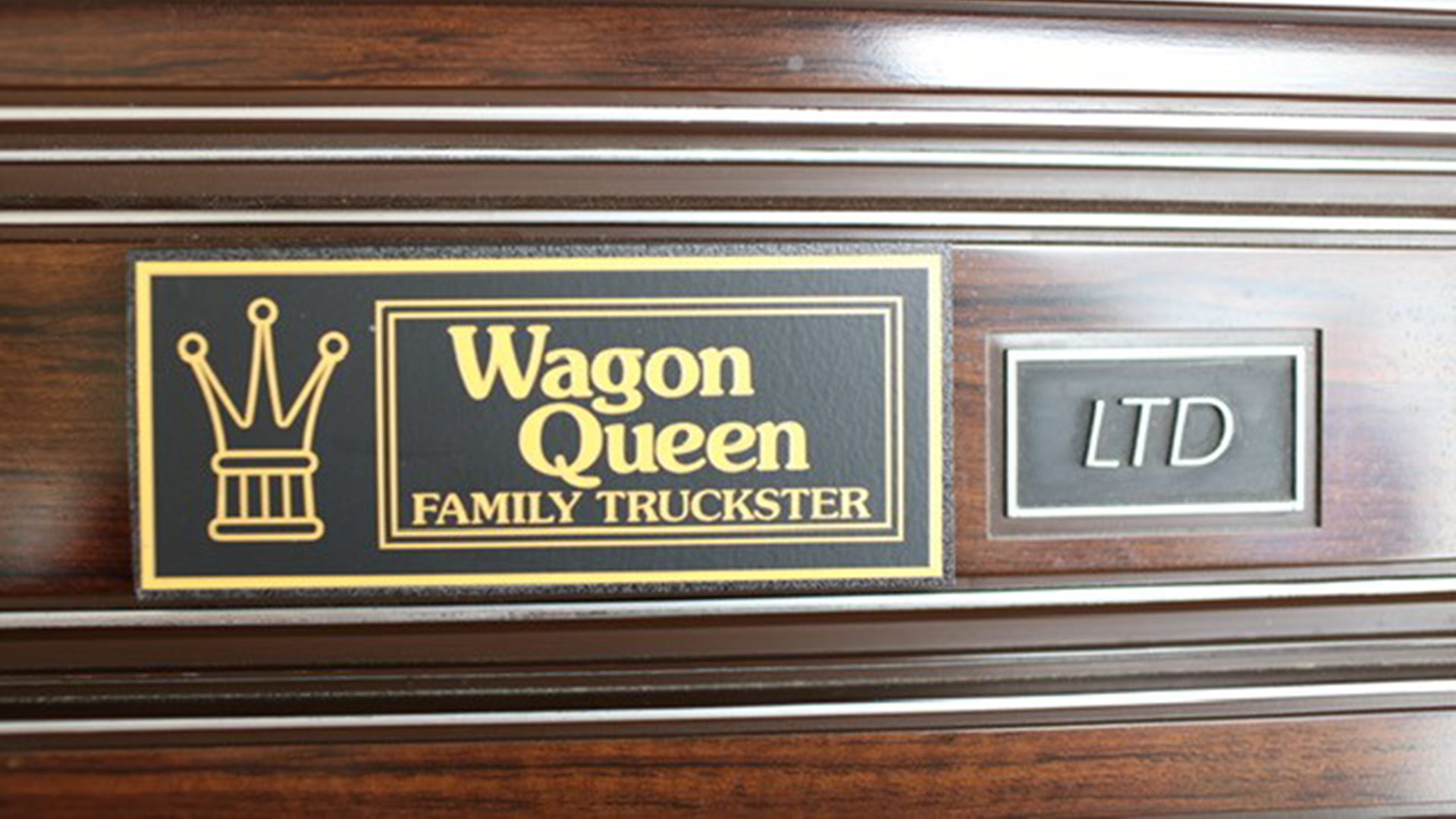 Buying this replica will certainly mark you out as a serious Chevy Chase fan, but there could be other options to tempt you at the 2019 Palm Beach sale.

The docket is packed with a wealth of exotic and intriguing vehicles. There is even an officially licensed tribute to the Eleanor Mustang, which starred in the Gone in 60 Seconds movie.

However, if your film nostalgia is firmly set on the Family Truckster, lot 375 will be crossing the auction block on Friday April 12 2019.