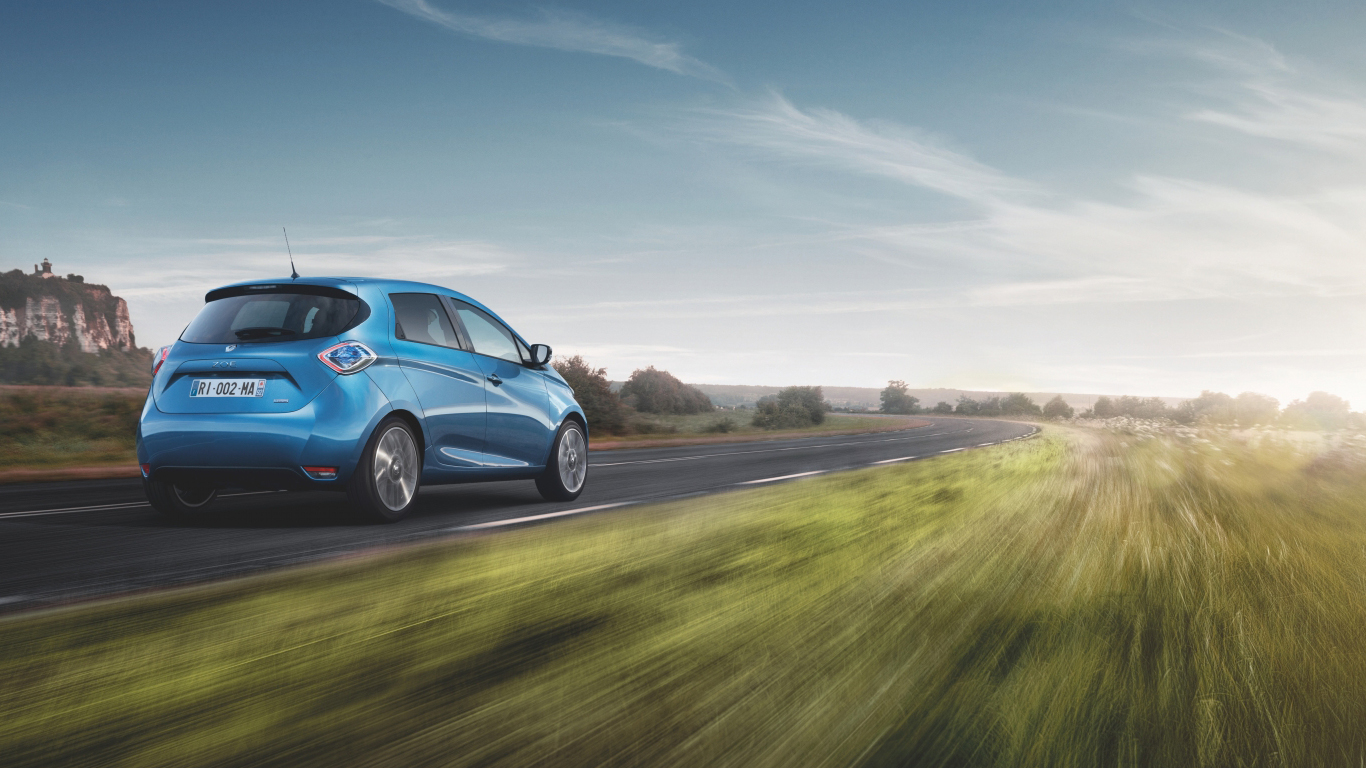 ‘Alternative-fuel vehicles’ – hybrid, plug-in hybrid and electric – accounted for just over five percent of car sales in February 2018. That’s according to JATO Dynamics, which collates car registration figures for 27 European markets. Here, we reveal the top five best-sellers in each of those three eco-friendly categories. These are Europe’s best-selling hybrid and electric cars 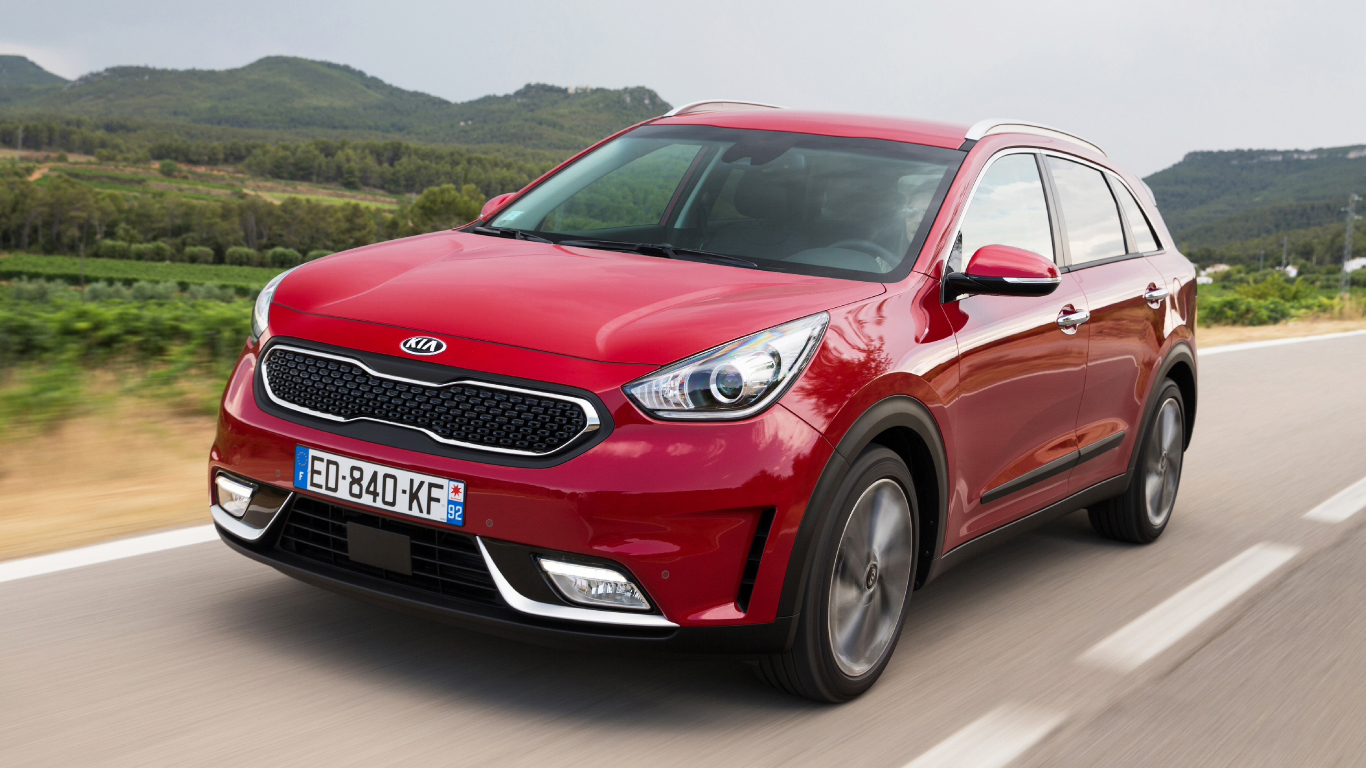 We start with conventional hybrids: those where on-board batteries are charged solely by an internal combustion engine (i.e. they can’t be plugged in). In fifth place is the Kia Niro, finishing ahead of its Hyundai Ioniq stablemate with 1,853 sales. It’s the only non-Toyota in the top five. 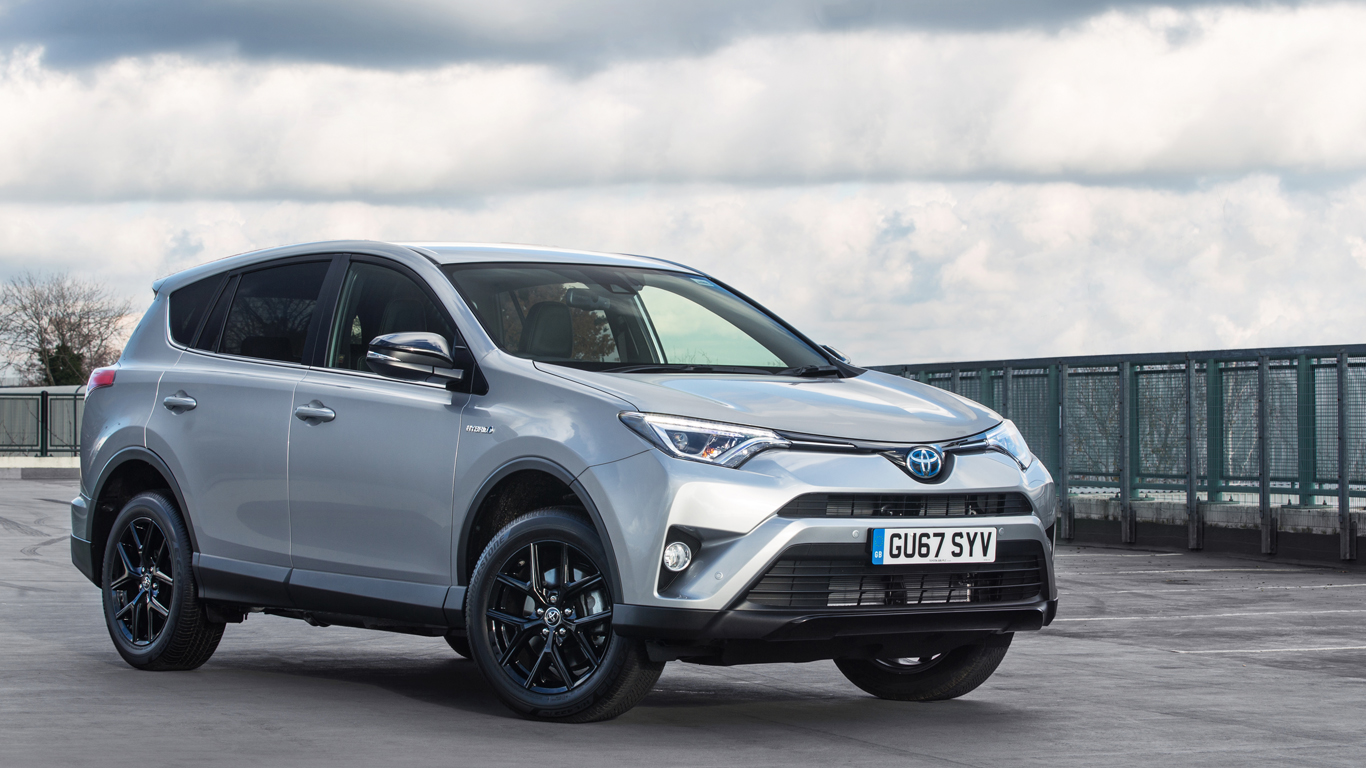 Toyota has majored on hybrids ever since the first Prius was launched in 1997. Interestingly, though, the car many people associate with ‘going green’ is not inside the European top five. It’s outsold by the fourth-placed RAV4 Hybrid for starters, which found 3,326 new owners in February. 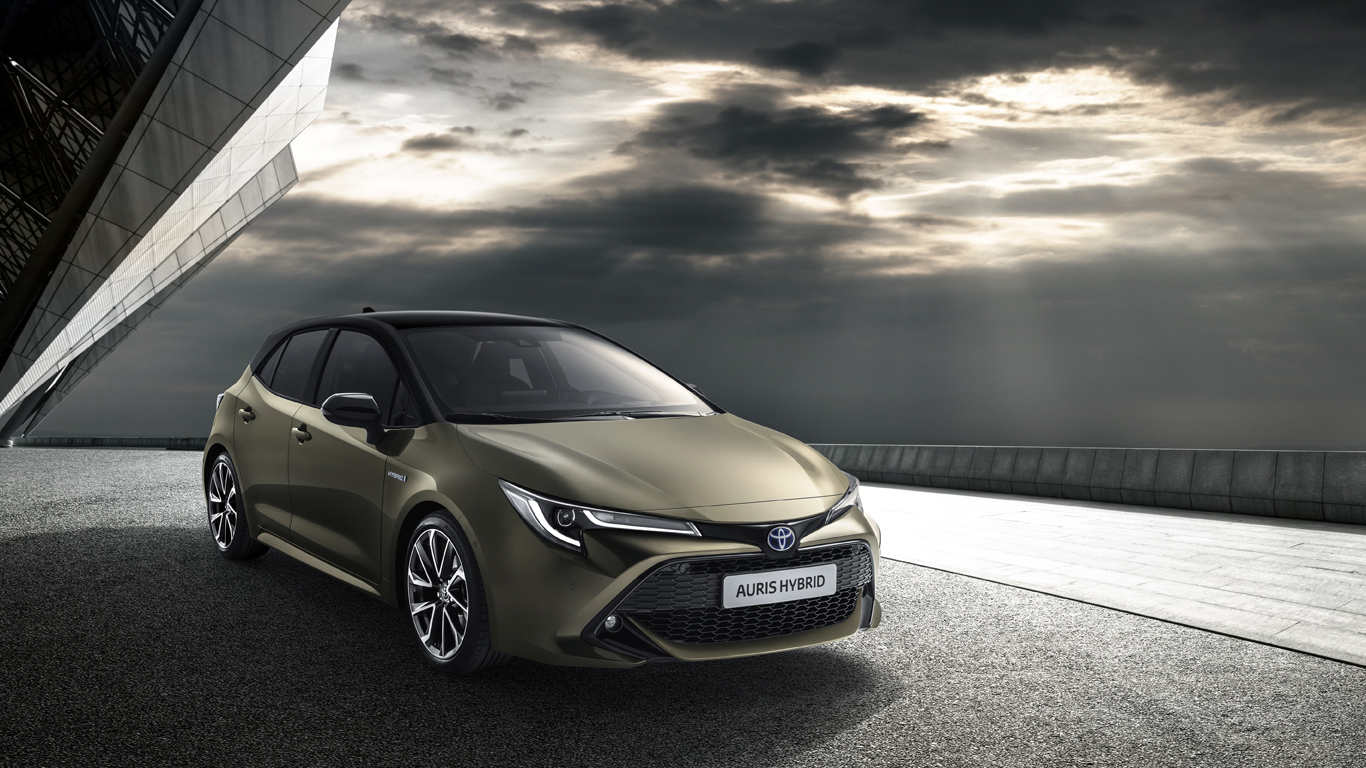 Our next Toyota is the Auris Hybrid. This dull-but-worthy car offers the same petrol/electric drivetrain as the Prius, but packaged in a more conventional hatchback body. There’s also a practical Touring Sports estate. Sales of 4,408 put the Auris in third place. 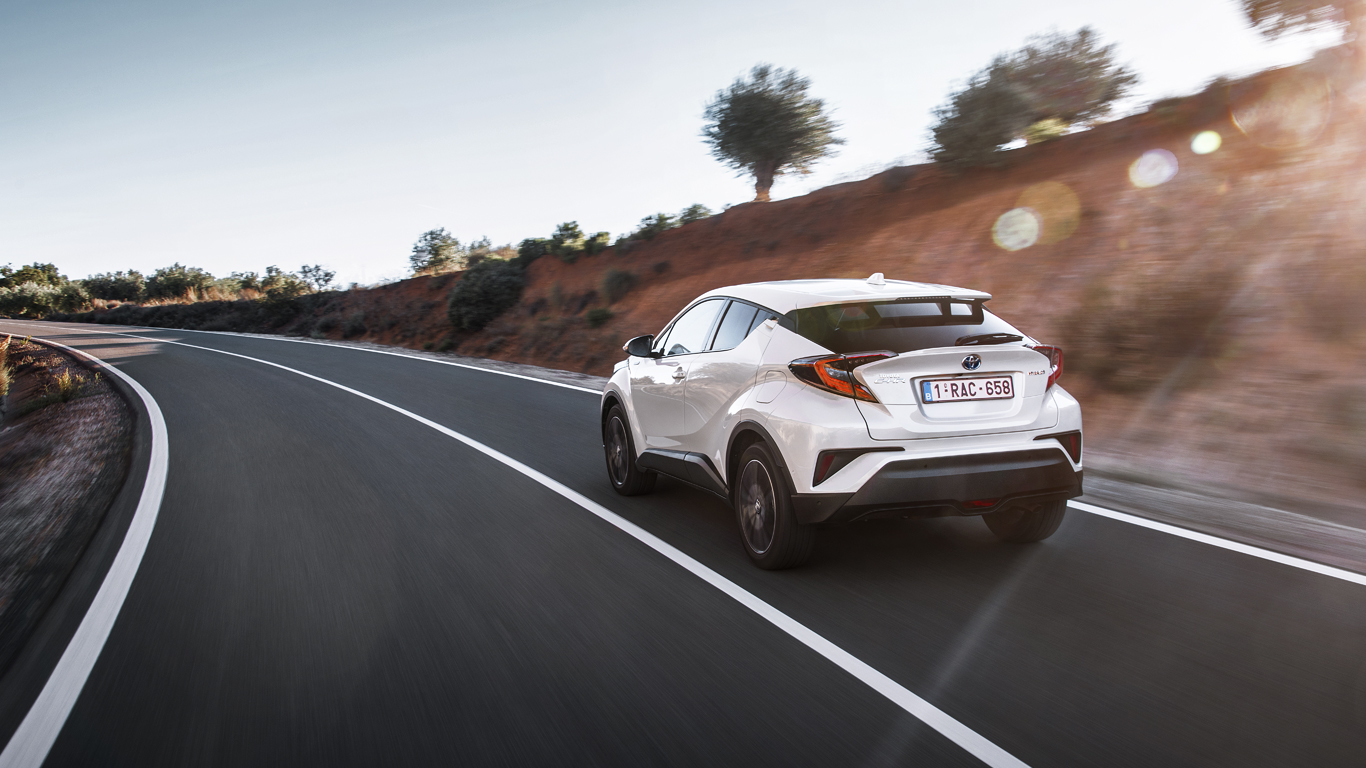 Fashionable crossover it may be, but the C-HR’s slash-cut styling certainly divides opinion. Still, unconventional looks are no barrier to success in this sector – as proved by the Nissan Juke and the C-HR’s strong standing here. It finishes second, with 5,436 sales. 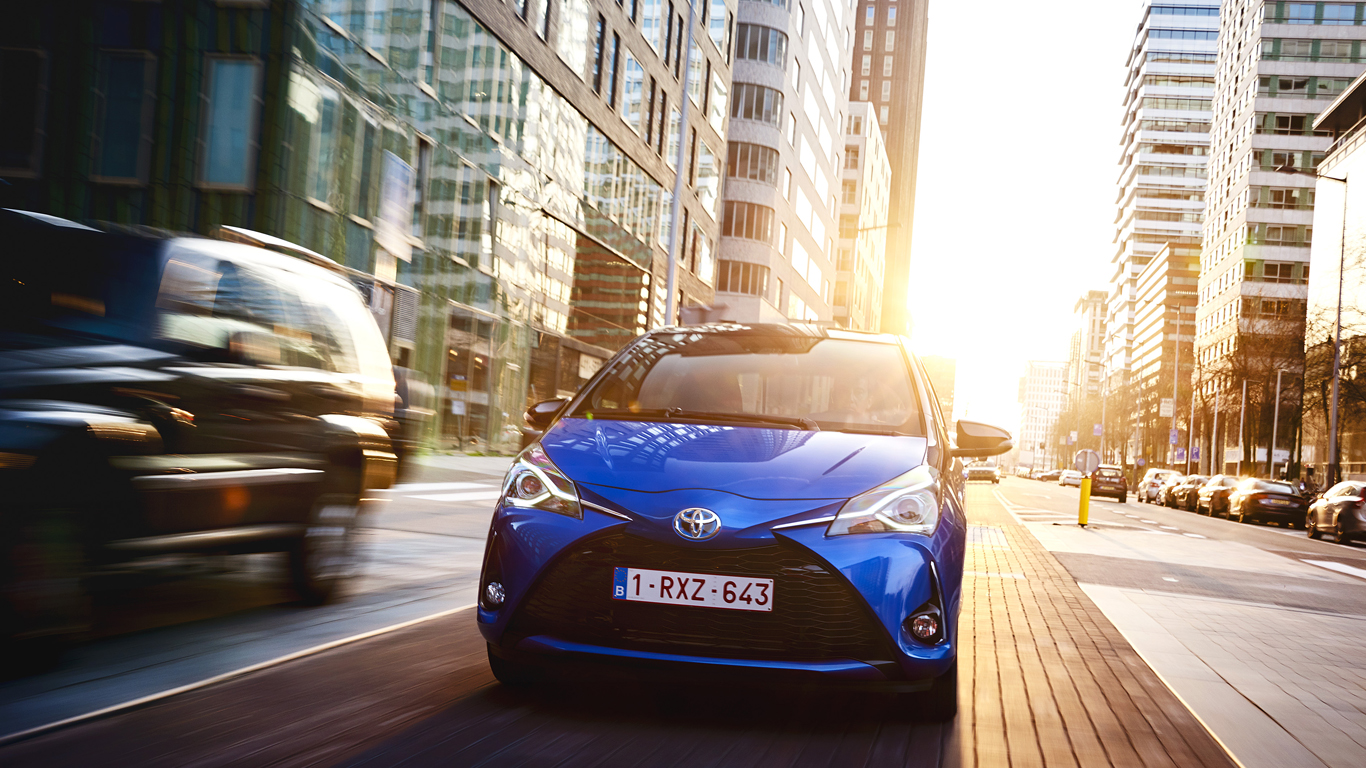 So the number one hybrid in Europe is – you guessed it – a Toyota. The Yaris Hybrid is the smallest and most efficient car in the top five, with official figures of 85.6mpg and 75g/km. It’s also reliable and easy to drive – particularly in town, where a ‘B’ mode for the automatic gearbox boosts regenerative braking for one-pedal driving. 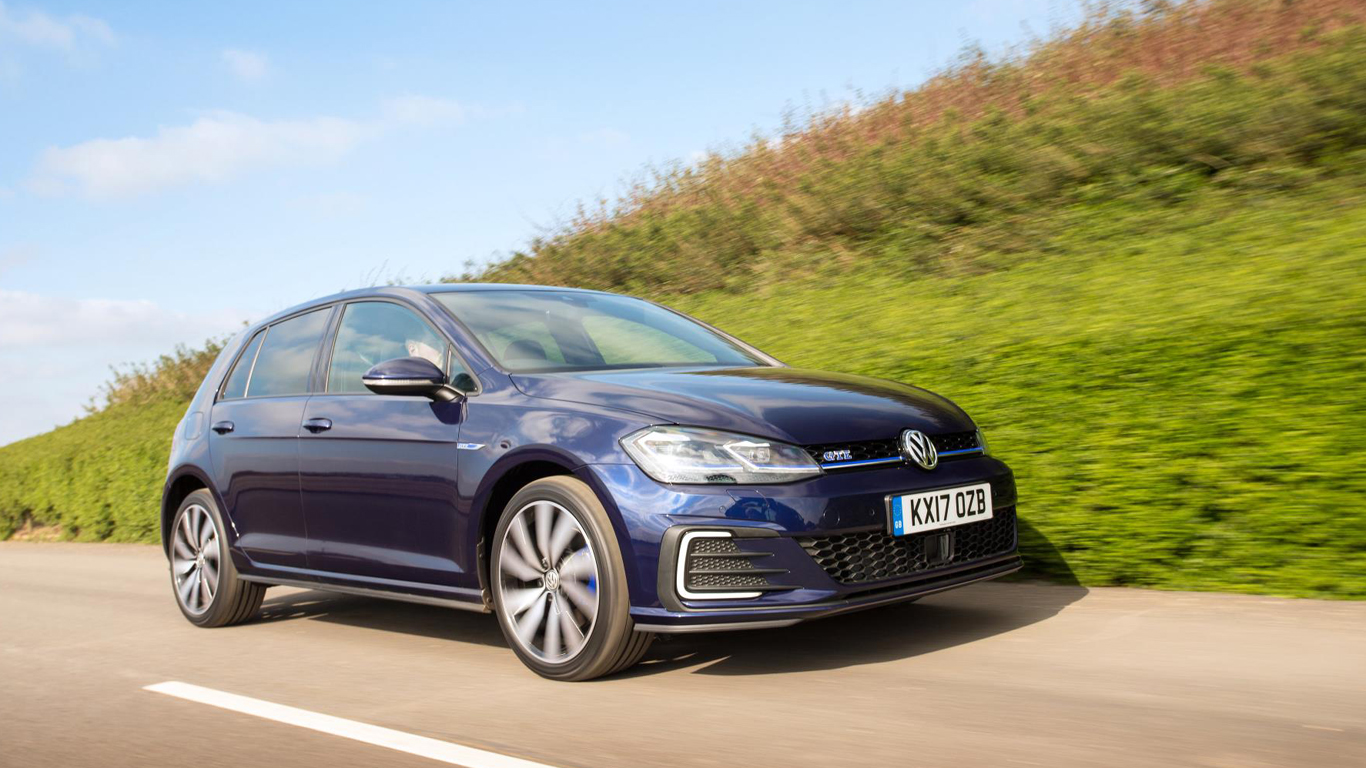 We move on to plug-in hybrids, starting with the fifth-placed Volkswagen Golf GTE. Cars in this class usually boast incredible – and not entirely realistic – CO2 emissions figures, due to the fact they complete much of the official NEDC test on electric power alone. The sporty Golf GTE, for example, emits just 40g/km. A total of 665 were sold in February. 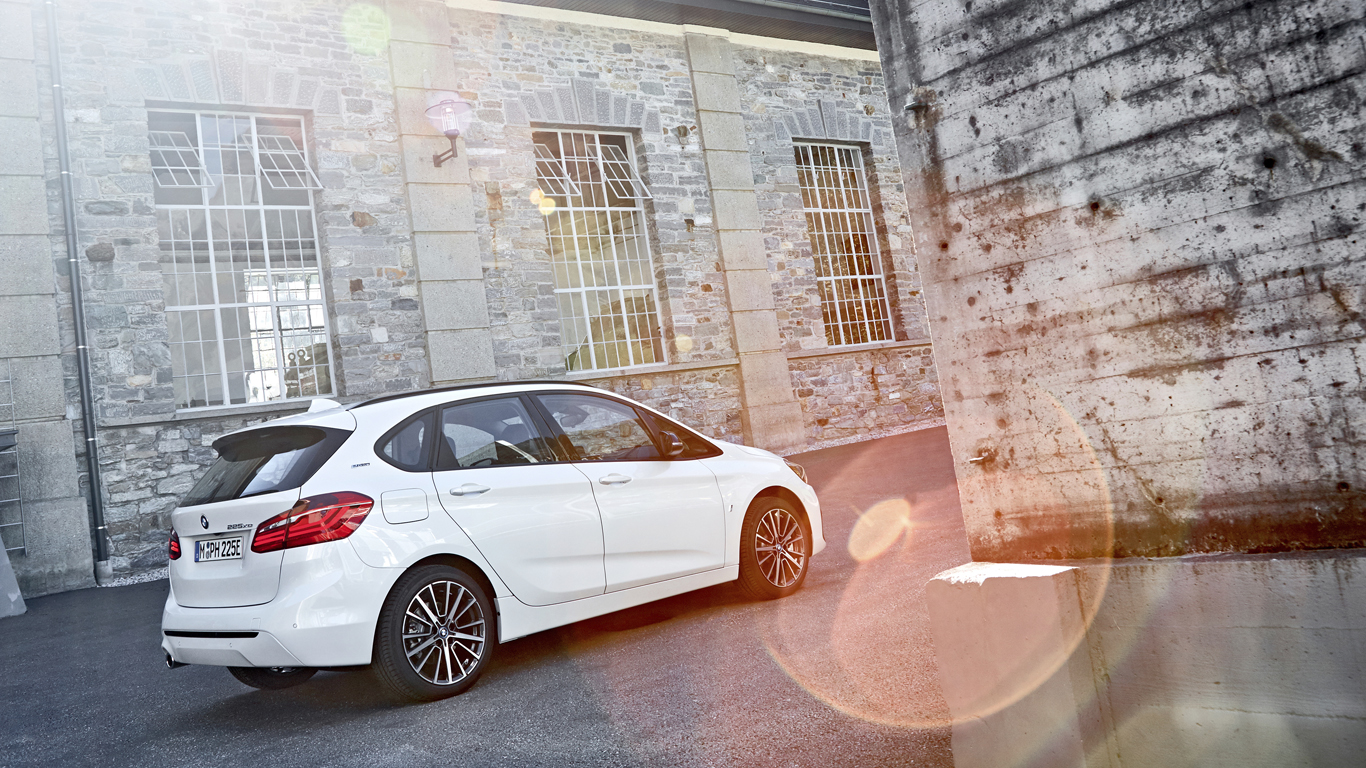 ‘BMW 225xe iPerformance Active Tourer’ is a bit of a mouthful, and you wouldn’t call this front-wheel-drive MPV attractive. However, its strengths lie elsewhere, with a versatile interior and 46g/km CO2 emissions (meaning low company car tax and VED). It’s Europe’s fourth most popular PHEV, with 692 sold. 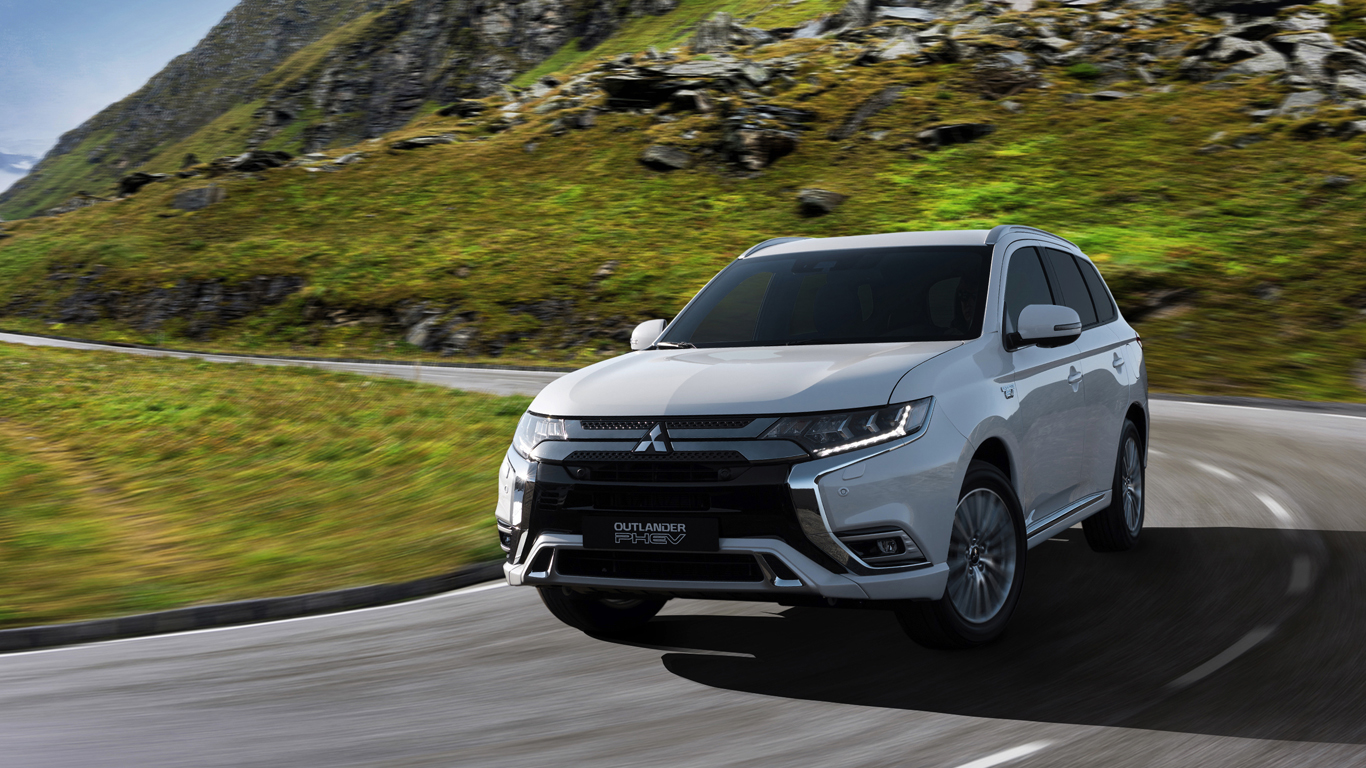 Mitsubishi sells diesel and plug-in petrol/electric versions of its Outlander SUV for the same price. Result: the PHEV is hugely more popular, regularly topping the charts as the UK’s most popular plug-in. In Europe overall, it finishes third, shifting 924 units in April. A updated Outlander arrives soon, promising more power and improved economy. 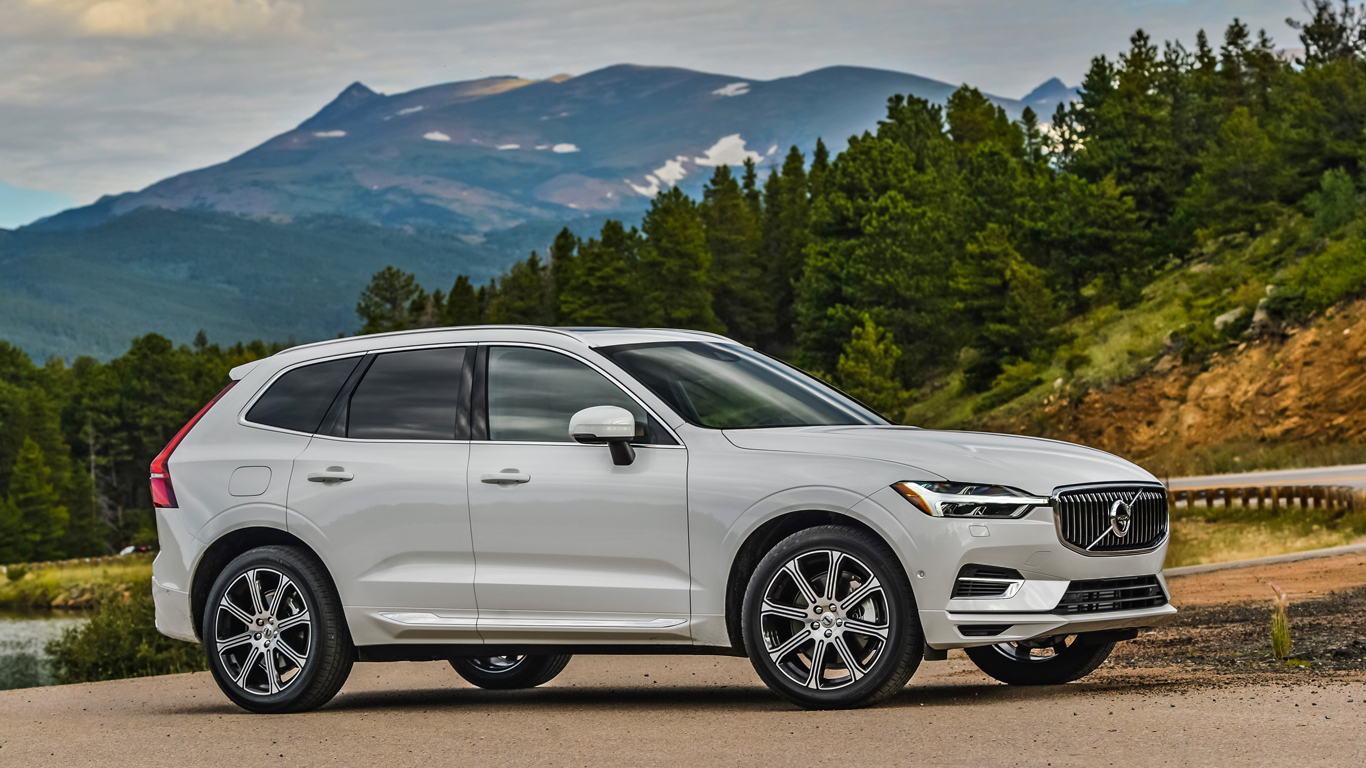 How about this for the best of both worlds? The T8 ‘twin engine’ XC60 has a combined output of 407hp with an official CO2 figure of 49g/km. It’s also stylish, spacious and very comfortable. What’s not to like? Well, perhaps a nigh-on £60,000 price tag, although that didn’t stop 976 T8s finding buyers around Europe. 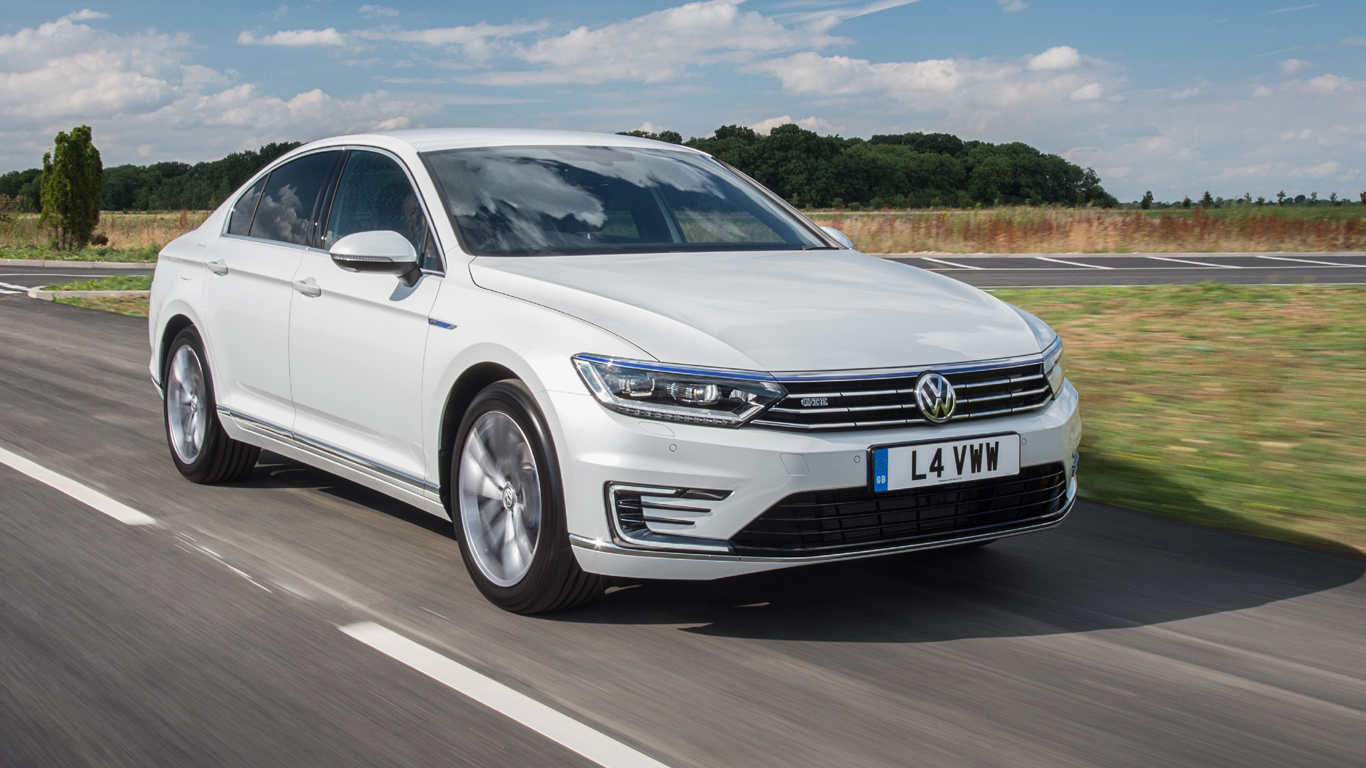 The Passat GTE takes the number one spot, with 1,034 sales – comfortably more than its cheaper Golf sibling. Like the Golf, it’s a performance-oriented hybrid, using its 9.9kWh lithium-ion battery for extra oomph as well as cutting fuel use. The 0-62mph dash takes a swift 7.4 seconds, with CO2 emissions of 39g/km (in theory, at least). 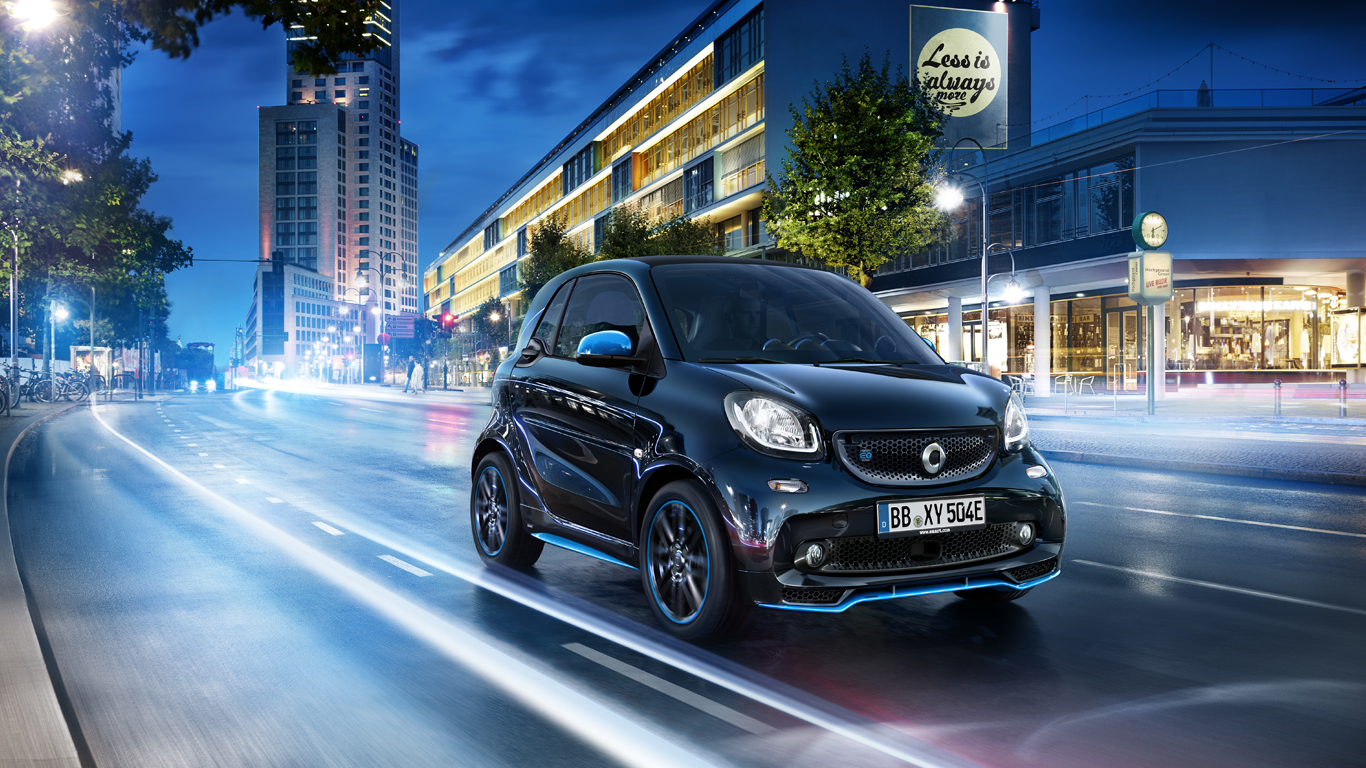 Our third and final top five, also based on Jato Dynamics data, is for fully electric cars (EVs). Times are changing, but many EVs are still small cars designed primarily for city use. The Smart Fortwo EQ is typical of the breed: a two-seat runabout with an 80mph top speed and a 96-mile range. A total of 741 were sold. 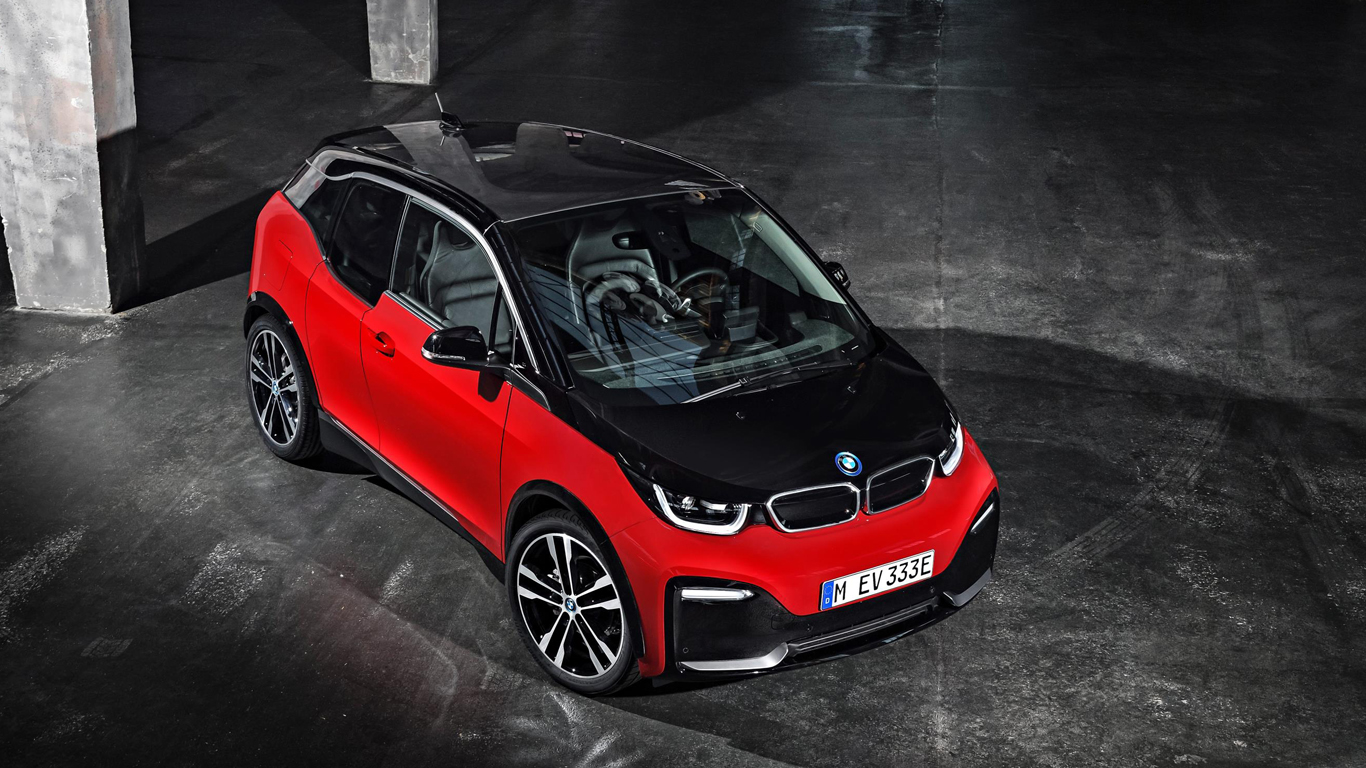 When BMW launched its eco-focused ‘i’ sub-brand, it was the i8 supercar that stole the headlines. However, the i3 hatchback is, in truth, the more innovative car: a futuristic alternative to a 3 Series with a choice of electric or range-extender hybrid powertrains. BMW sold 1,130 electric i3s in February. 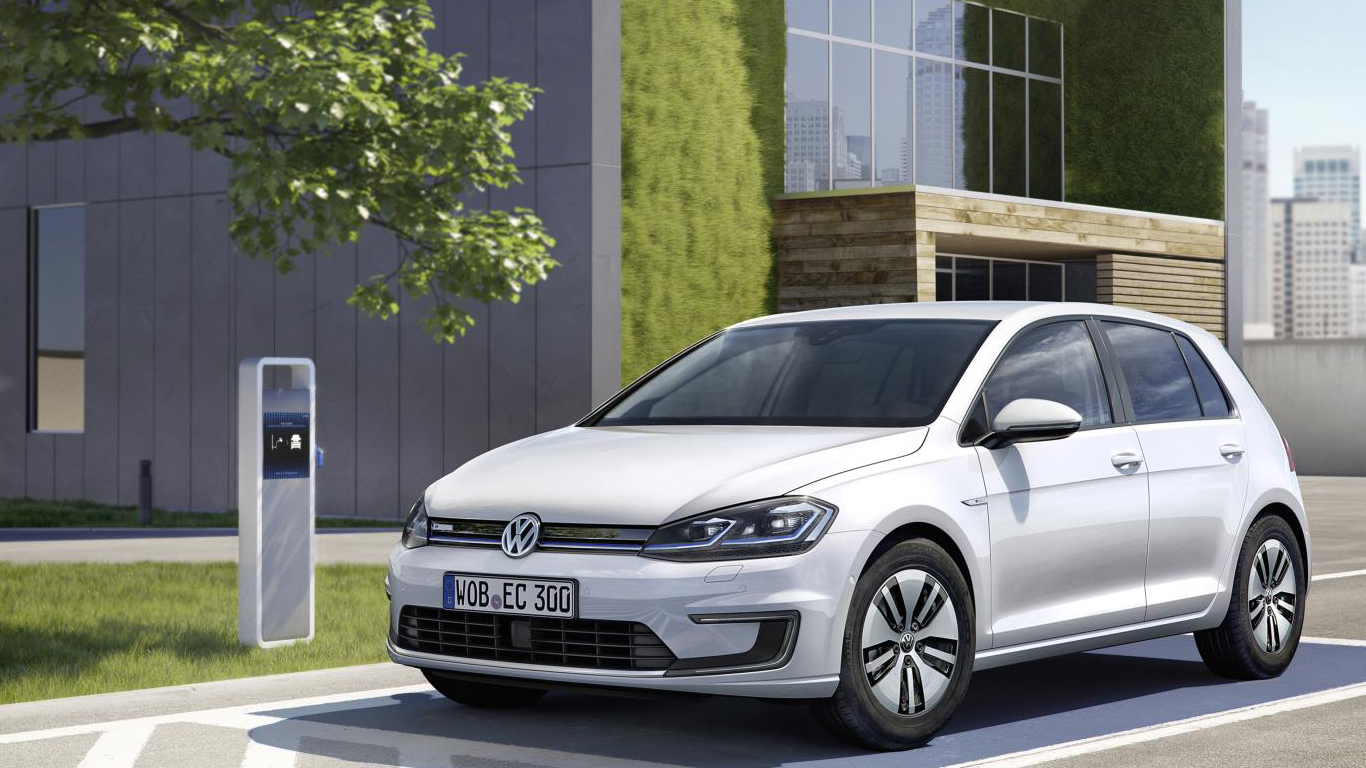 The sprawling Golf range covers all bases, including the fully-electric e-Golf (1,403 sold). From the outside, this five-door hatchback looks near-identical to a petrol or diesel Golf – a blanked-off grille with a blue stripe is a giveaway – but its 24.2kW lithium-ion battery means zero emissions. For everyday driving, there’s simply no compromise. 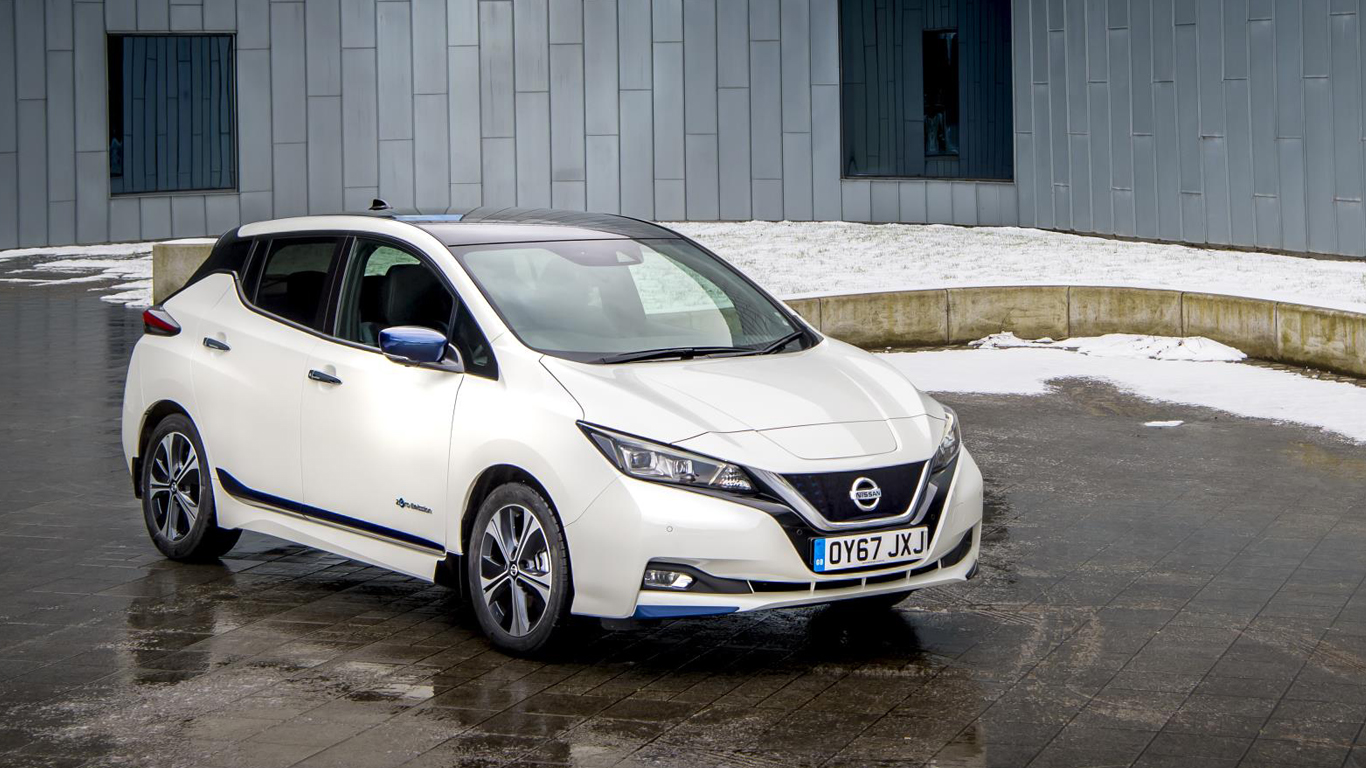 Where Volkswagen fitted an existing car with a battery and electric motor, Nissan took the opposite approach – designing an EV from the ground up. The Leaf is now into its second-generation and the new model has a huge, 235-mile range when fully charged. European buyers snapped up 1,508 in February 2018. 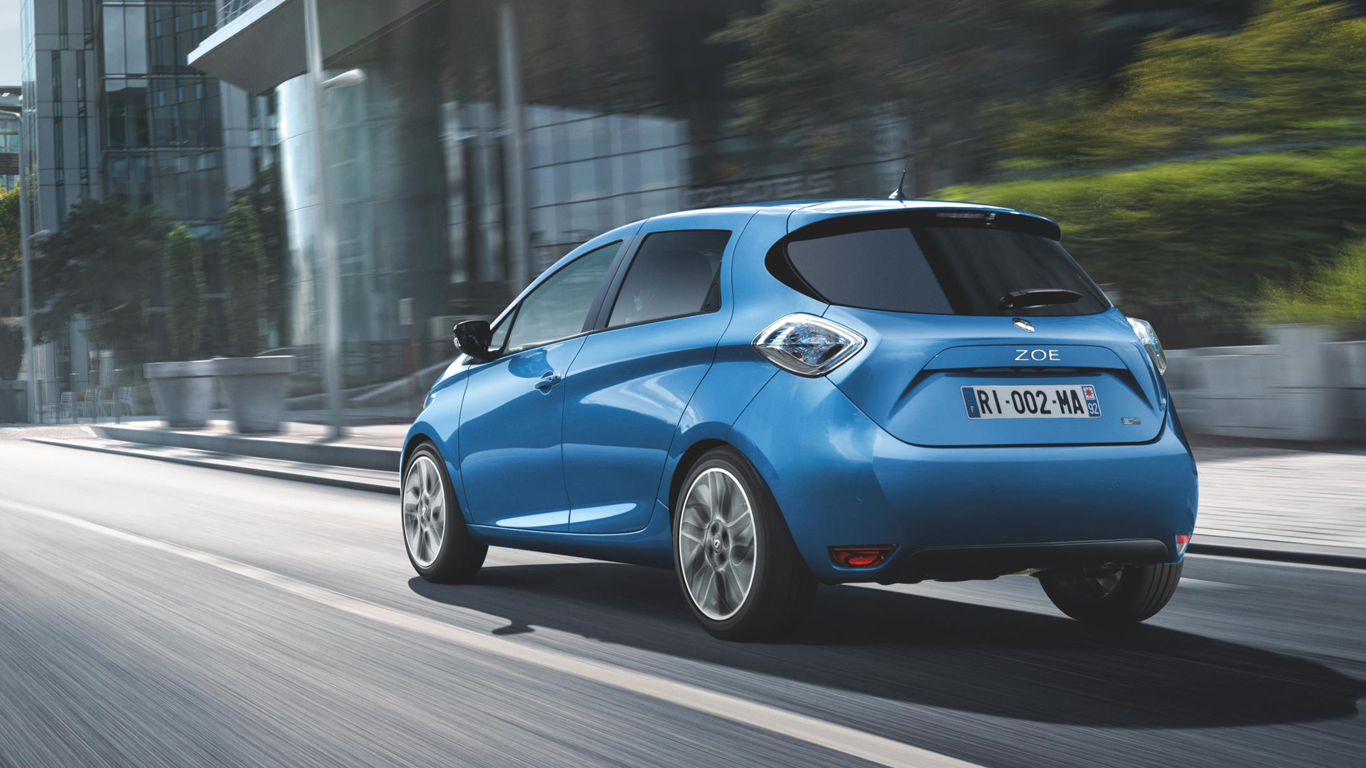 Renault sold 2,177 Zoes in the same month, however, putting this chic supermini comfortably in first place as Europe’s most popular EV. Not a bad achievement for a car first launched in 2012. Renault has pioneered a monthly battery leasing scheme with the Zoe, which helps keep list prices down. Opt for the beefier 41kWh battery and range increases to around 180 miles.