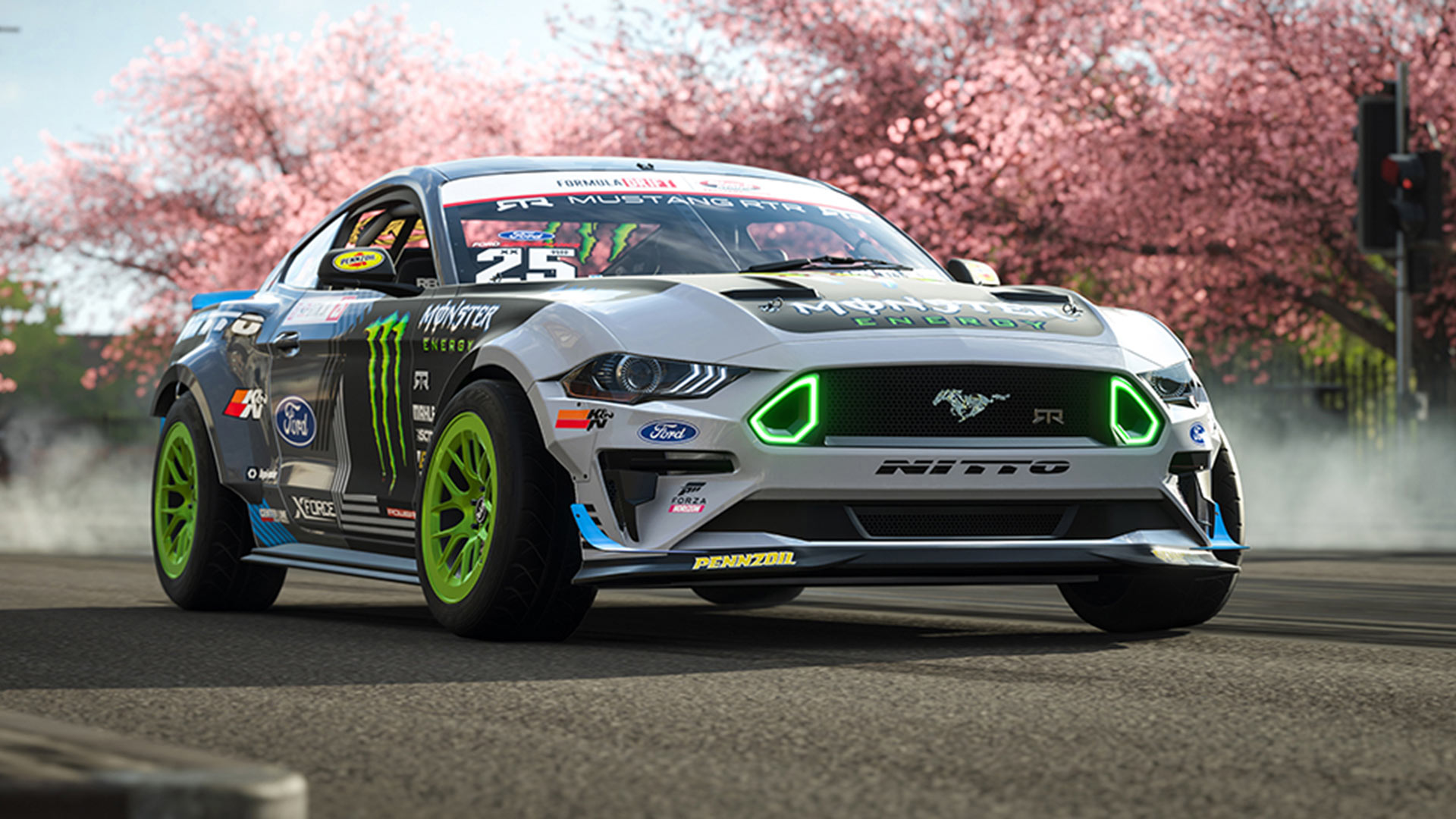 Fans of Formula Drift will be excited about this month’s update for the Forza series of racing games, with three new Ford Mustangs added to the garage.

The bonus cars form part of updates to both games, with new features and technical tweaks also made. 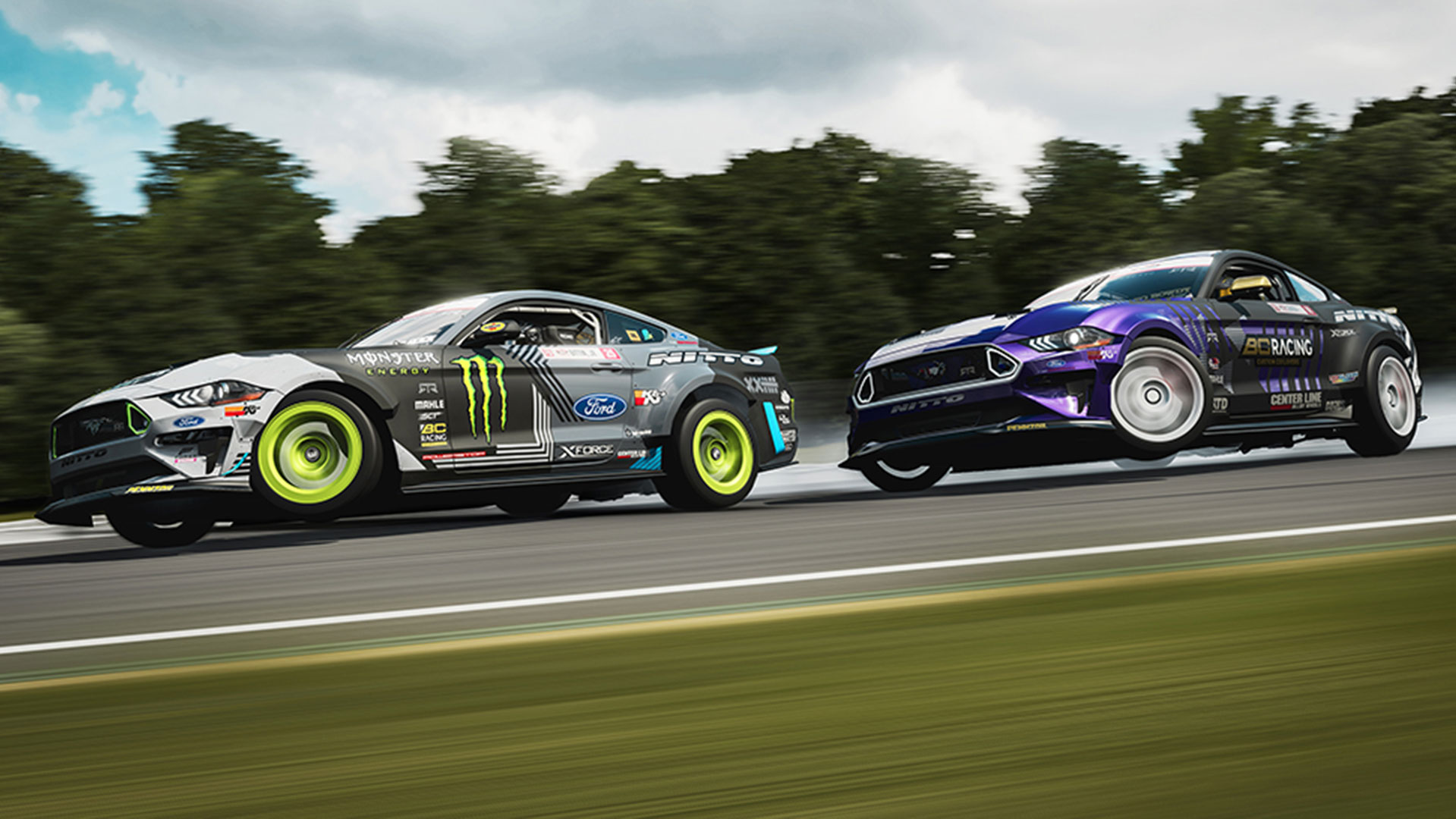 Even those with only a passing interest in drifting will have heard of Vaughn Gittin Jr. and his incredible Ford Mustang RTR machine.

He made history in 2018 by drifting the entire length of the fearsome Nürburgring Nordschleife circuit, and it is the very same Monster Energy sponsored Mustang that players can get behind the wheel of.

The naturally aspirated 1,000hp Roush-Yates V8 engine revs to an incredible 9,000rpm, providing all the power for lurid slides and tyre-shredding silliness. 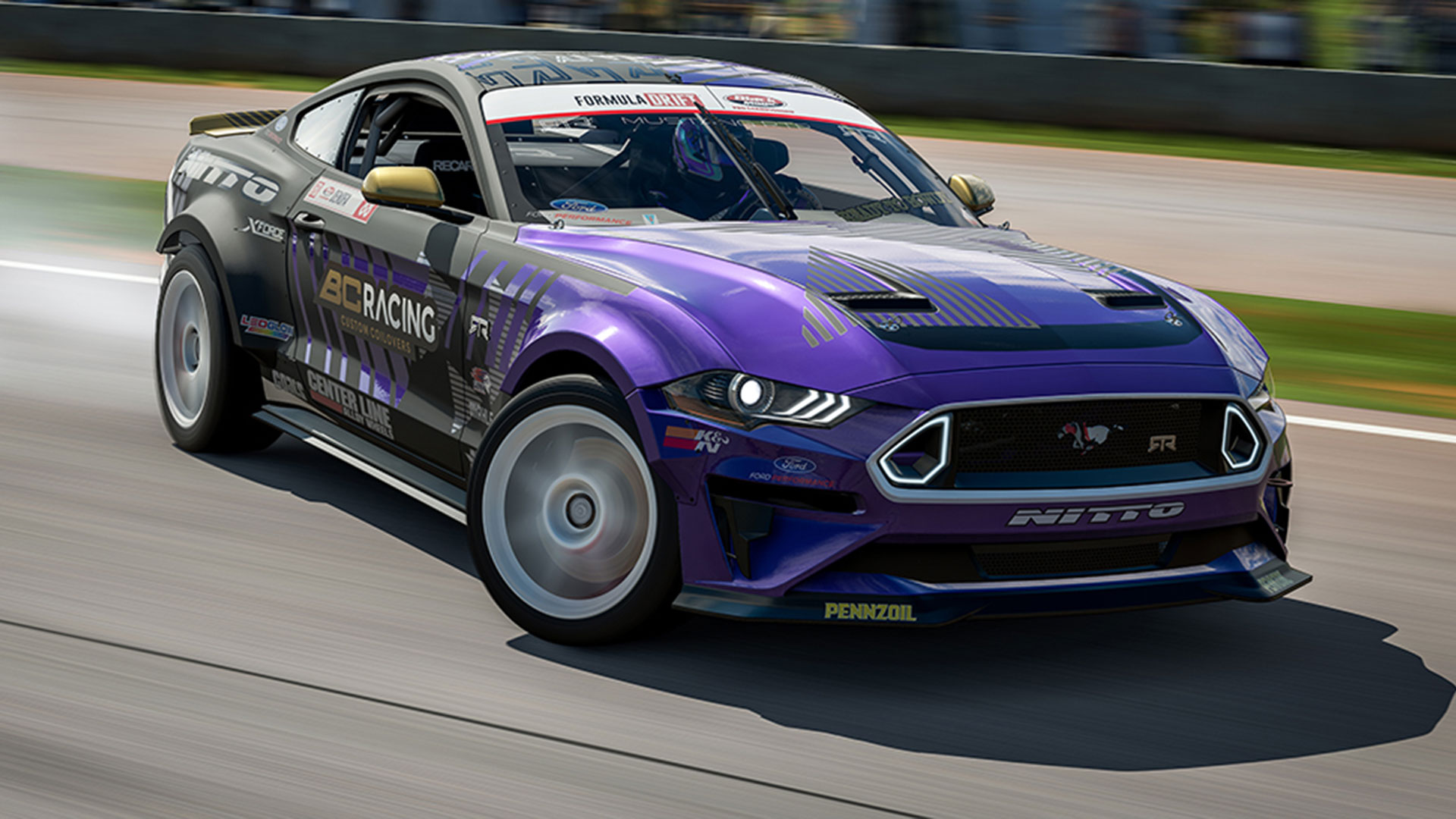 Noted for competing in drifting events before he could even legally drive a road car, Denofa has proven a popular addition to the Formula Drift championship.

Alongside the two race cars is a road-going Mustang creation, built by the RTR team. Although not quite as extreme as the steeds used by Gittin Jr. and DeNofa, the RTR Spec 5 Mustang still has 460hp from a Coyote V8. 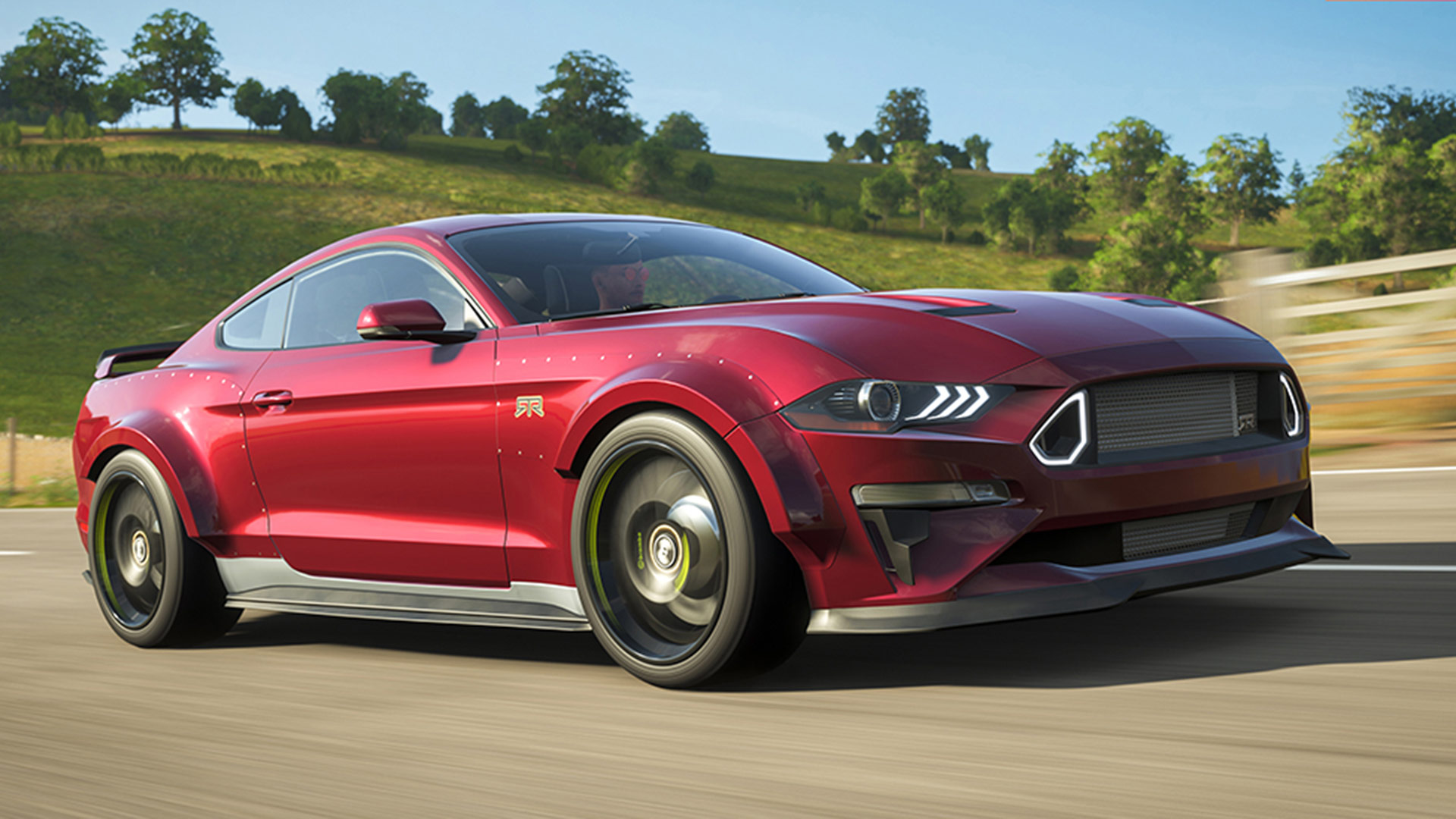 Key changes to Forza Motorsport 7 for March see improvements to collision detection during races, based upon feedback from players.

This is intended to prevent players from using it to gain an unfair advantage during races.

Gamers also get a new specific drift camera setting to make better use of the new RTR cars, along with tweaks to the support offered for various steering wheel peripherals. 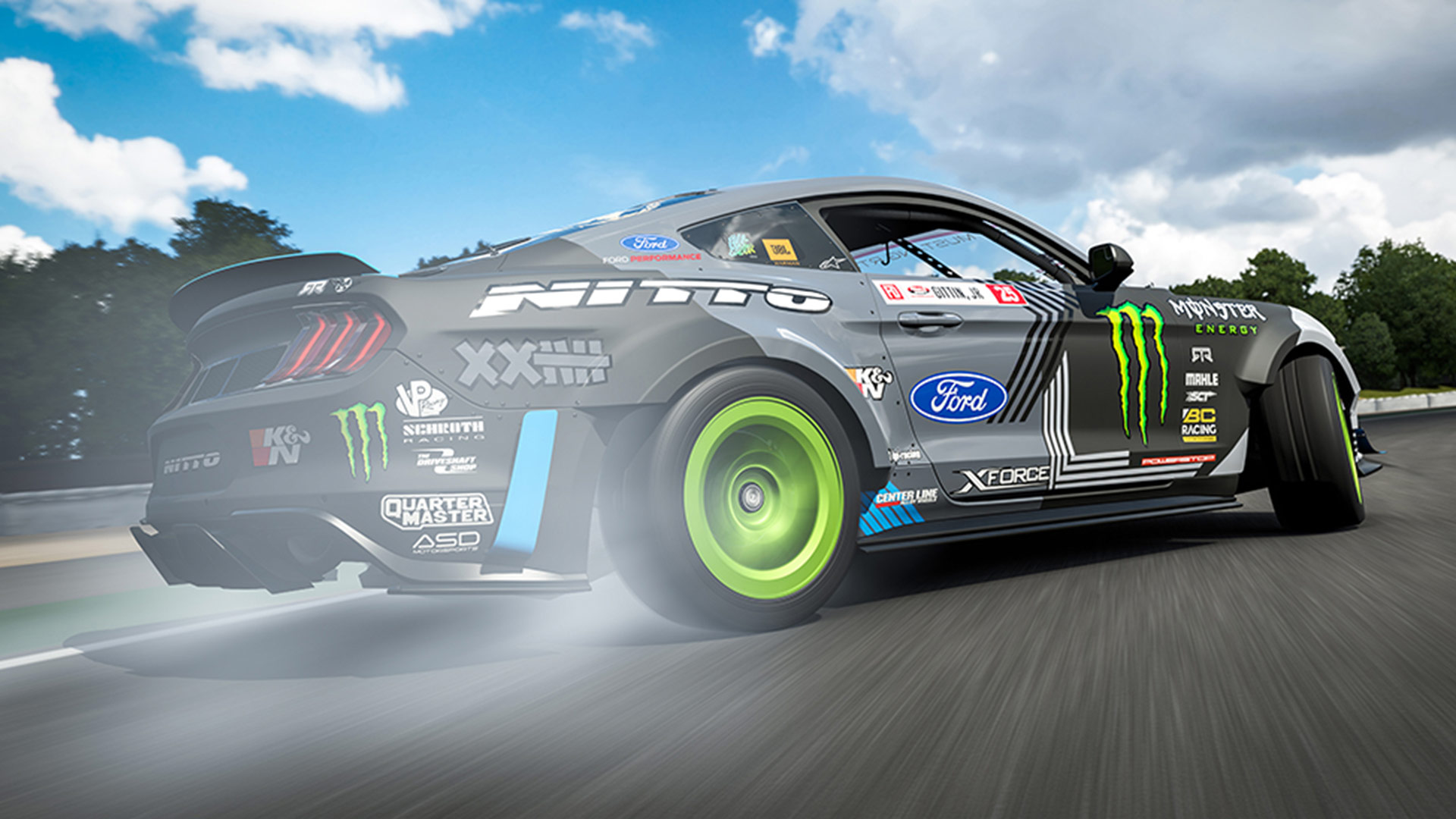 Those playing Forza Horizon 4 will also see a new range of races and challenges added for Series 7 of the British-based open world racer.

A new Festival Playlist is intended to help players make sense of the wide range of activities available, with big rewards for those completing all challenges.

Ford is using waste coffee bean skins from McDonald's to make car parts such as headlight surrounds, saving energy in production and weight in the parts.
Read more

Opinion: the Copen GR Sport is the sports car we need

Where have the affordable two-seater sports cars gone? The Toyota-enhanced Daihatsu Copen GR Sport is the kind of sports car the UK needs and deserves.
Read more

Ford test reveals how much quieter new cars really are

Ford's ‘whisper strategy’ is a quest to make its cars as quiet as possible. Watch the video to see how modern cars compare with classics such as the Cortina.
Read more

Aston Martin Project 003 hypercar: everything we know so far