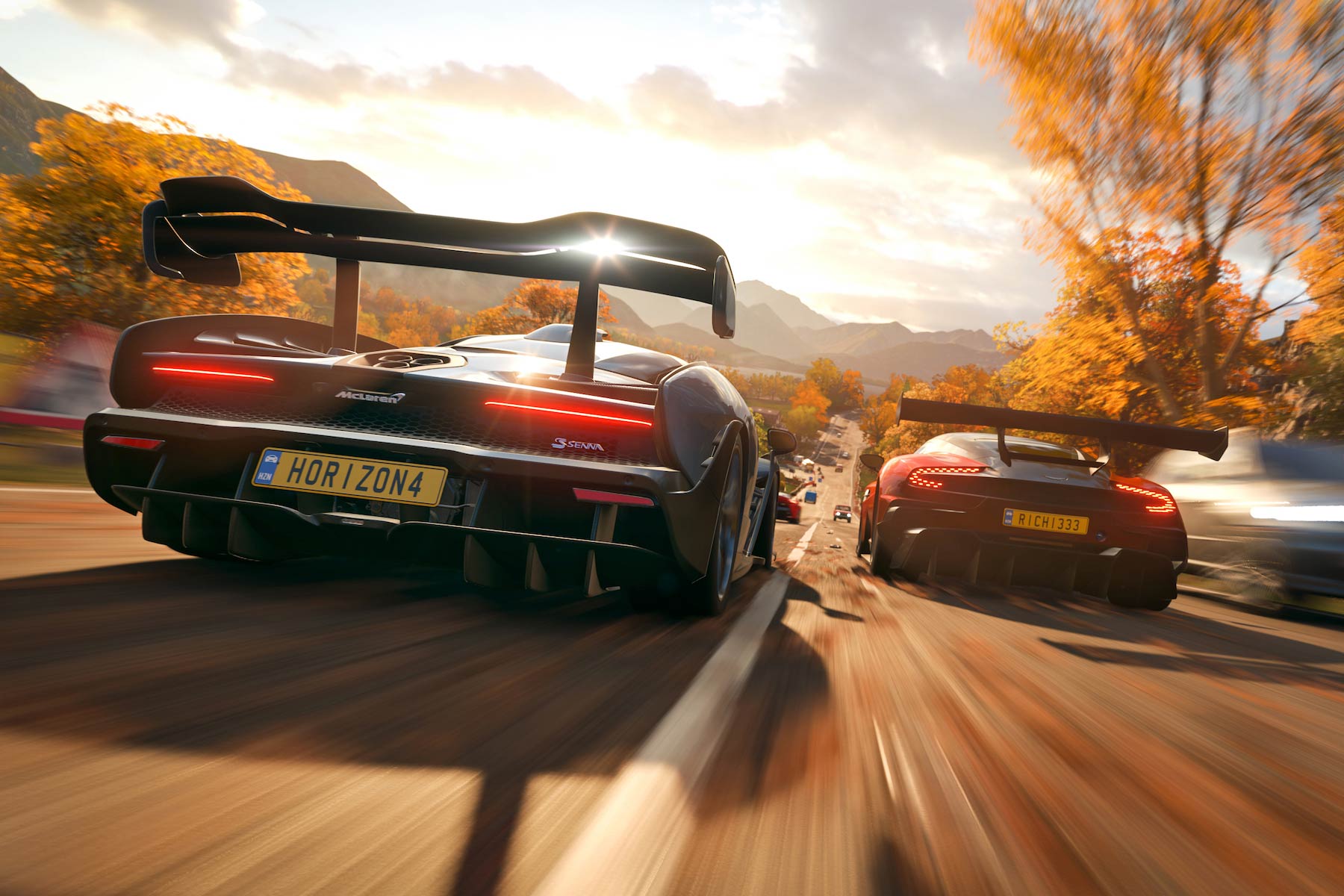 Launched last week for the Microsoft Xbox One console and Windows 10 PC, Forza Horizon 4 is the latest offering in the racing game franchise.

With a flashy launch event at Goodwood House, and the promise of a truly immersive driving experience, there is a lot to live up to. It’s a tough life, but we spent time on the sofa to work out whether it matches up to expectations. This is what we found.

Britain is apparently smaller than you think 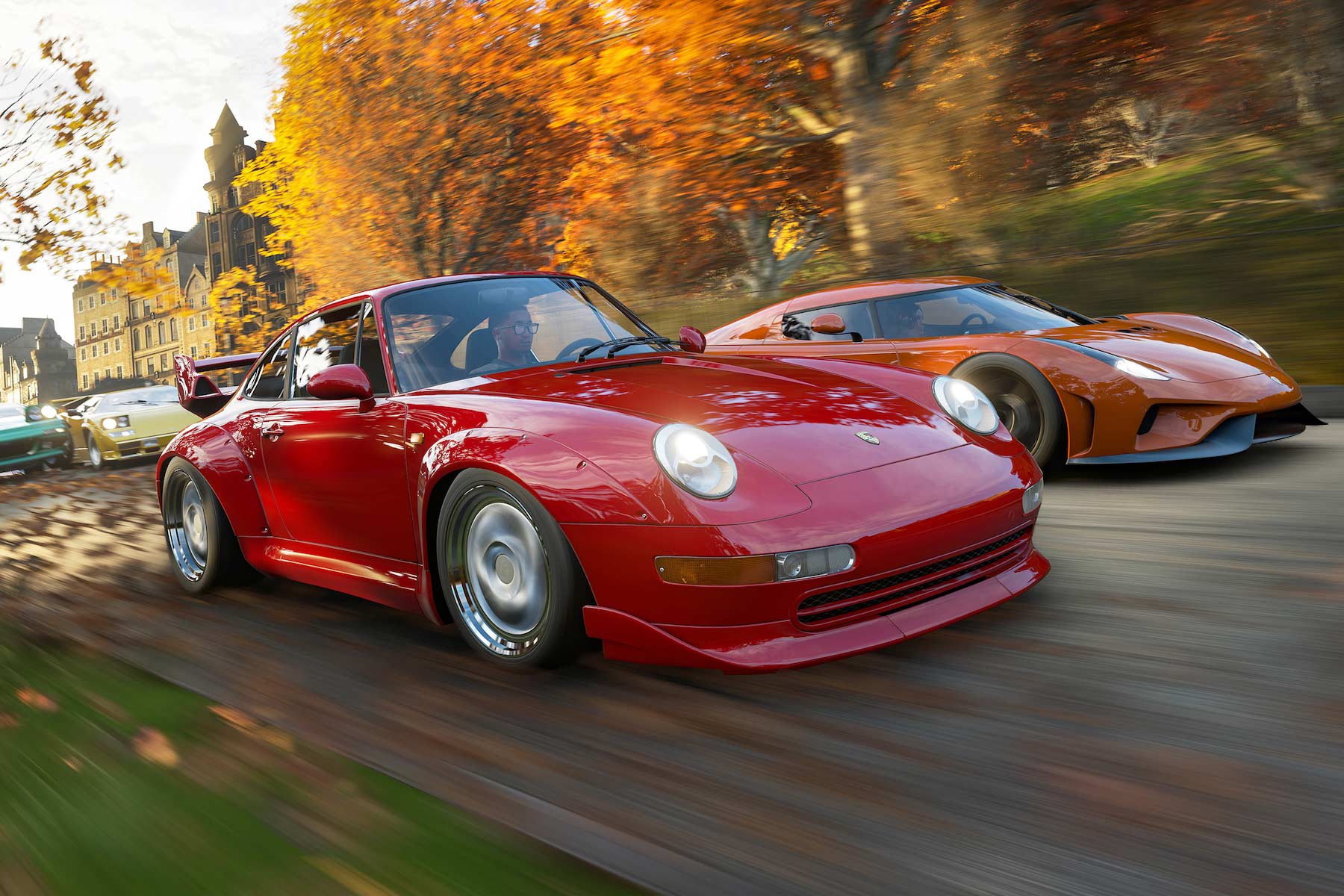 After America, Europe, and Australia, the fourth iteration of Forza Horizon is set in Great Britain. With areas including the Cotswolds, to the Lake District and even the centre of Edinburgh, it’s geographically diverse.

Yet travelling from the Scottish Highlands, to the stereotypical English countryside, is thankfully only a few minutes drive. Horizon 4’s map is packed with the kind of driving roads British drivers love, but without the hassle of getting to them.

The landscapes are truly breathtaking 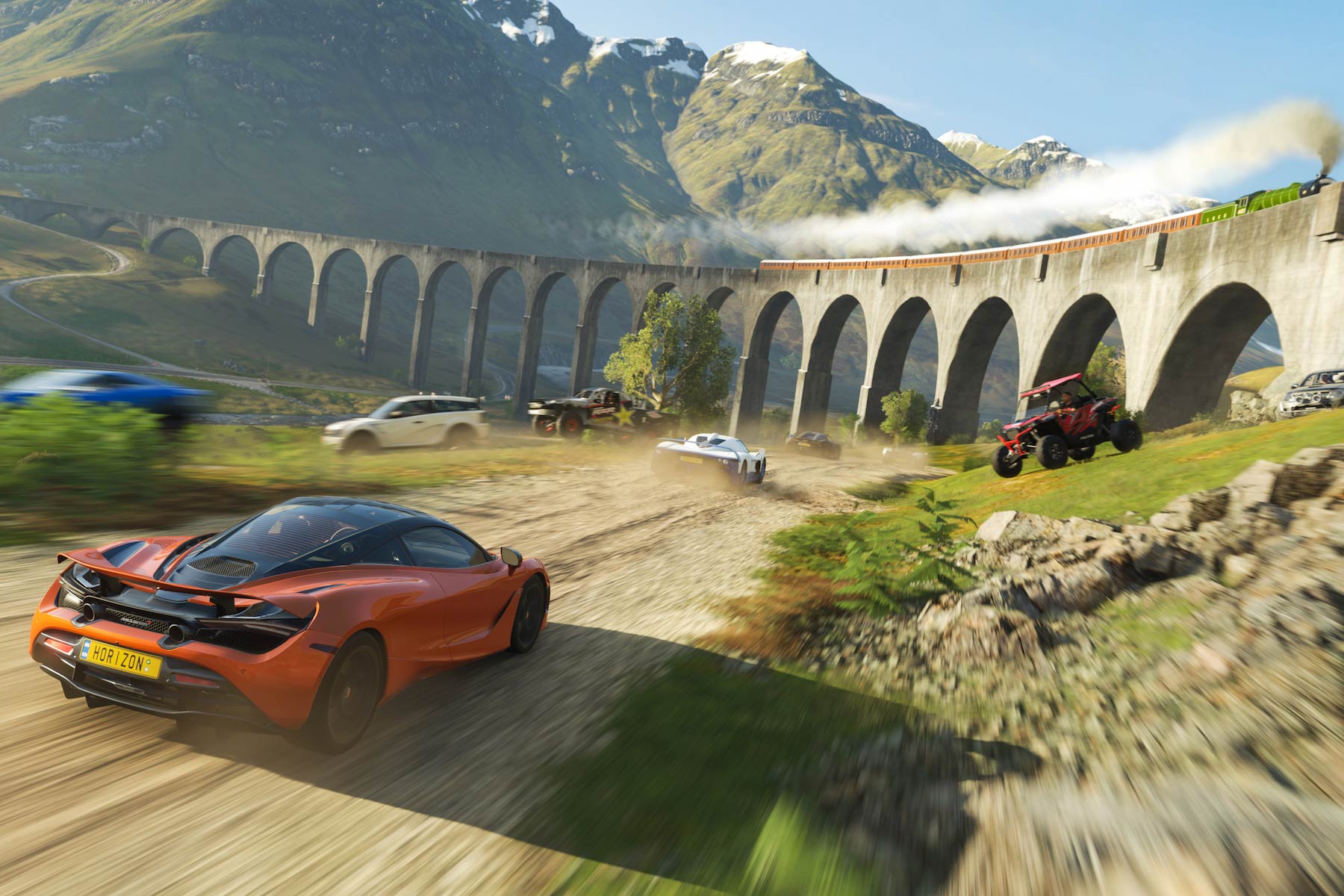 The locations chosen by developer Playground Games were not by accident. Britain itself, and the areas featured, were handpicked to create a dramatic backdrop to the racing action.

Combined with dynamic lighting, there are moments where the scenery can prove almost distractingly impressive. Should you be so inclined, you can also destroy large amounts of the landscape too. Thankfully, the organisers of the Horizon Festival seem skilled at rapidly repairing dry stone walls. 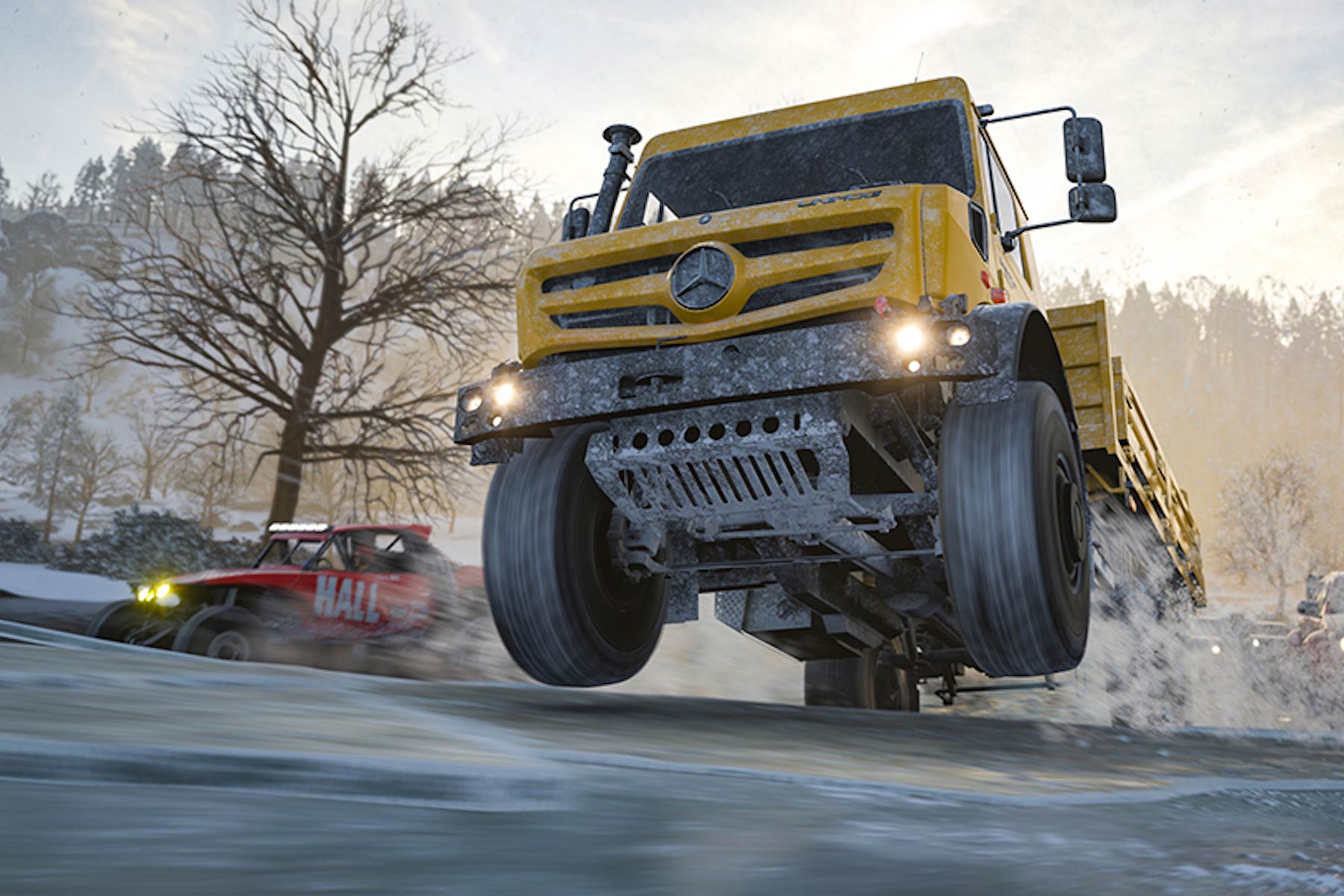 One of the most talked about features of Horizon 4 is the ability to experience all four seasons. Modelling an open-world map of this scale is an impressive feat in the first place, but to have it span an entire year of climatic changes is genuinely worthy of praise.

Progressing deeper into the game will see the season change on a weekly basis for all players. Competitions and challenges will be tailored to the current season, and your choice of car may well be influenced by the calendar.

The weather is classically British 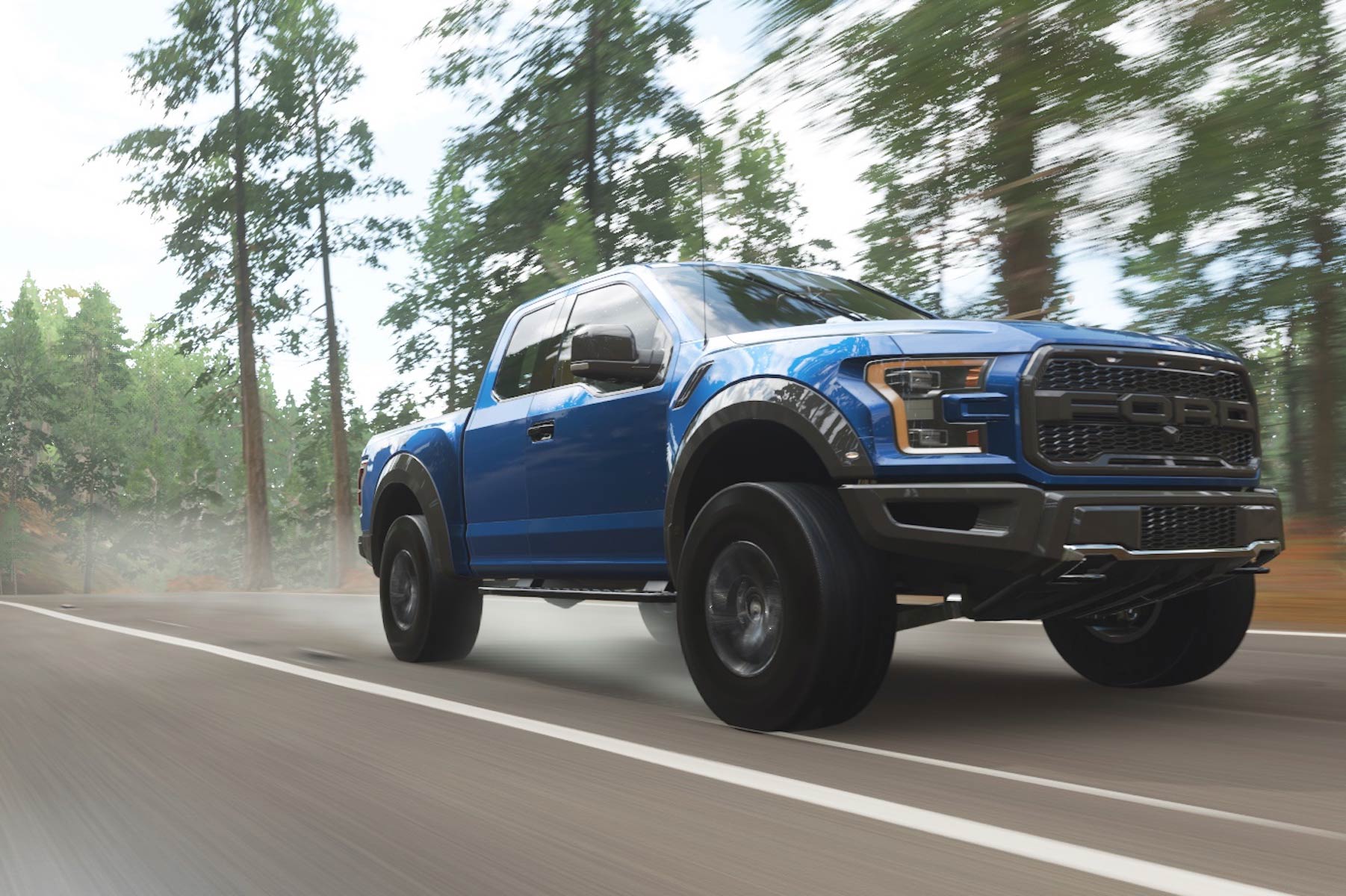 It wouldn’t be Britain without weather. From torrential rain, to dazzling sunshine, or dense fog, no day in the Horizon Festival is the same as the next. Other cars kick up giant roosters tails of spray in the wet, making the neatly animated windscreen wipers a necessity.

Winter brings ample amounts of snow and ice. Crunching new tracks through freshly fallen snow is oddly satisfying, especially without the worry of whether you’ll get stuck or not.

You can be the King (or Queen) of the Castle 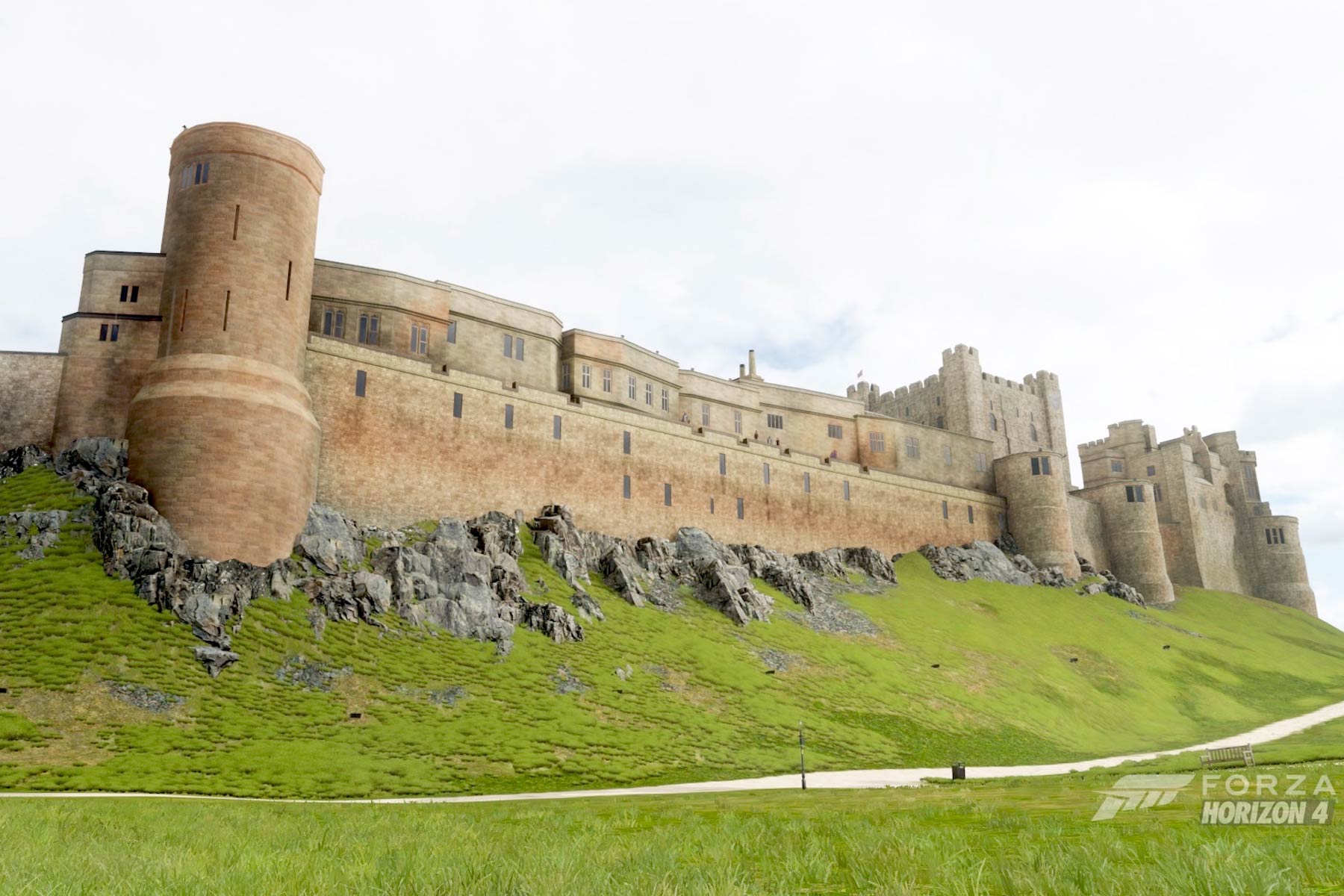 A new feature for the latest Horizon game is the option to purchase houses for your chosen character. These act as a base to tune and modify cars, plan your next challenge, or just as a backdrop for Forza’s photography mode.

Some homes are bigger than others. The above pictured Bamburgh Castle, a Grade II listed building in Northumberland, is one of the pricier purchases. At least in a video game there is no need to worry about the heating bill…

Barns are stacked with abandoned cars 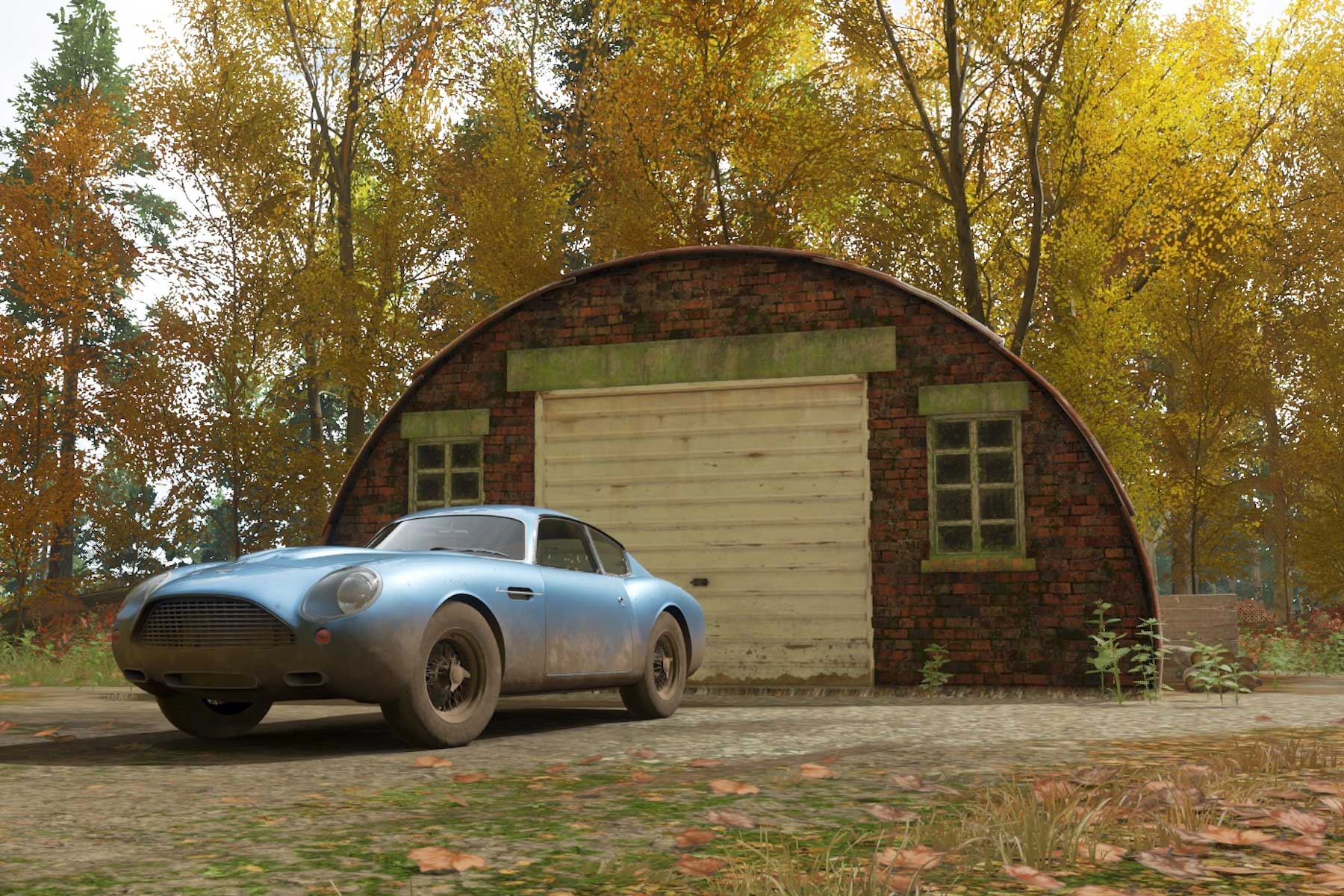 If you’ve been to a car auction in the UK recently, you’ll know that every other lot seems to be a special ‘barn find’ or discovered classic. Things are no different in Horizon 4, with British barns seemingly stocked with priceless machinery that has been forgotten about.

Playing and hide and seek around the countryside can be rewarding, if a little frustrating. But these expeditions do deliver rare cars and exclusive motors to add to your collection.

You need to be an influencer 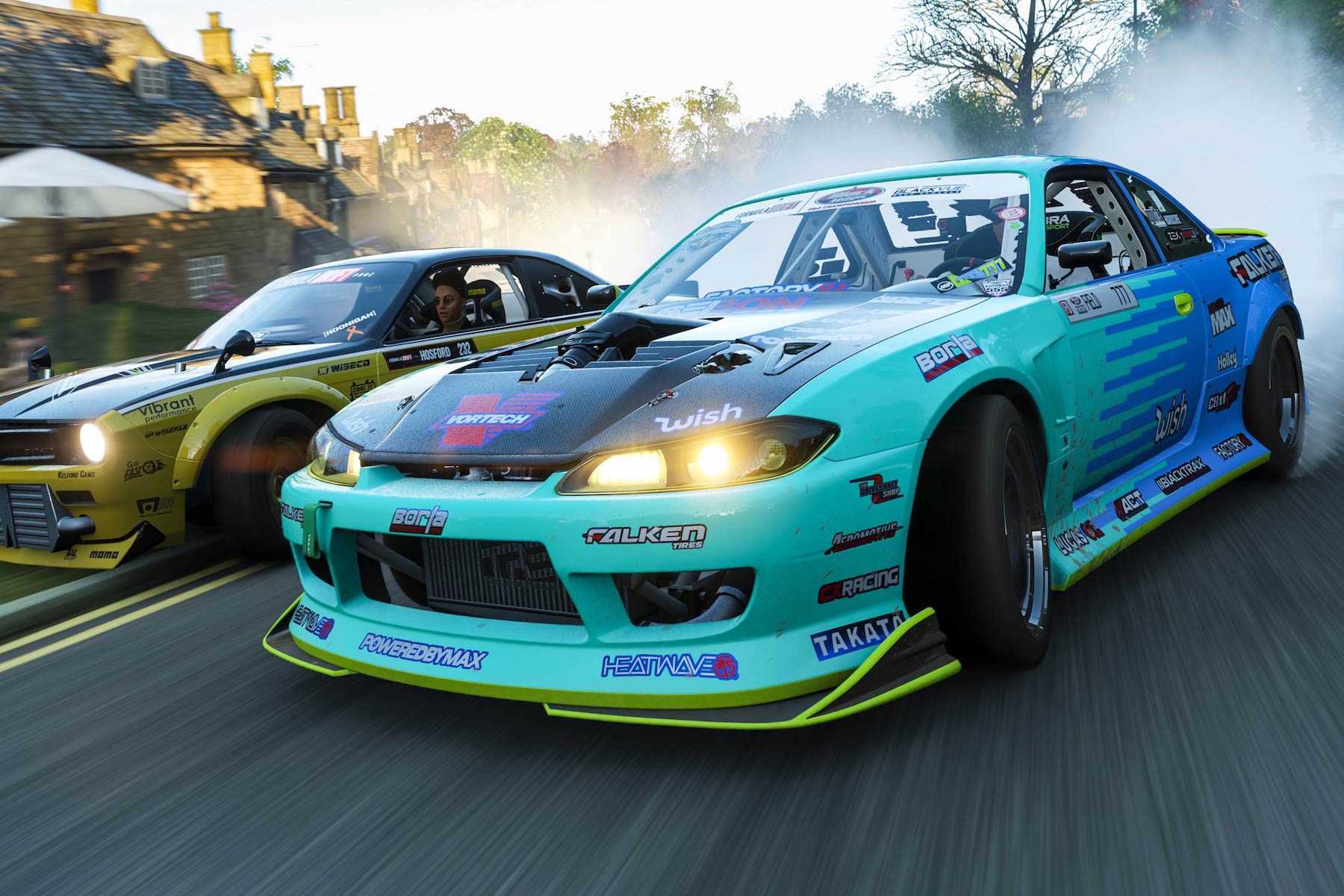 Mirroring the emergence of social media starlets, progress in Horizon 4 is measured by your influence. Win races, pull epic stunts, and see your follower count go through the roof. Thankfully you don’t have to start each race with “Hey guys” or ask them to “smash that like button” at the end.

For some the cheesy presentation of the Horizon Festival experience will start to grate. Countless cut scenes and staged dialogue can be a pain when all you want to do is drive. It’s a small, but annoying, price to pay for the giant open world on offer.

Speed cameras can be celebrated, not feared 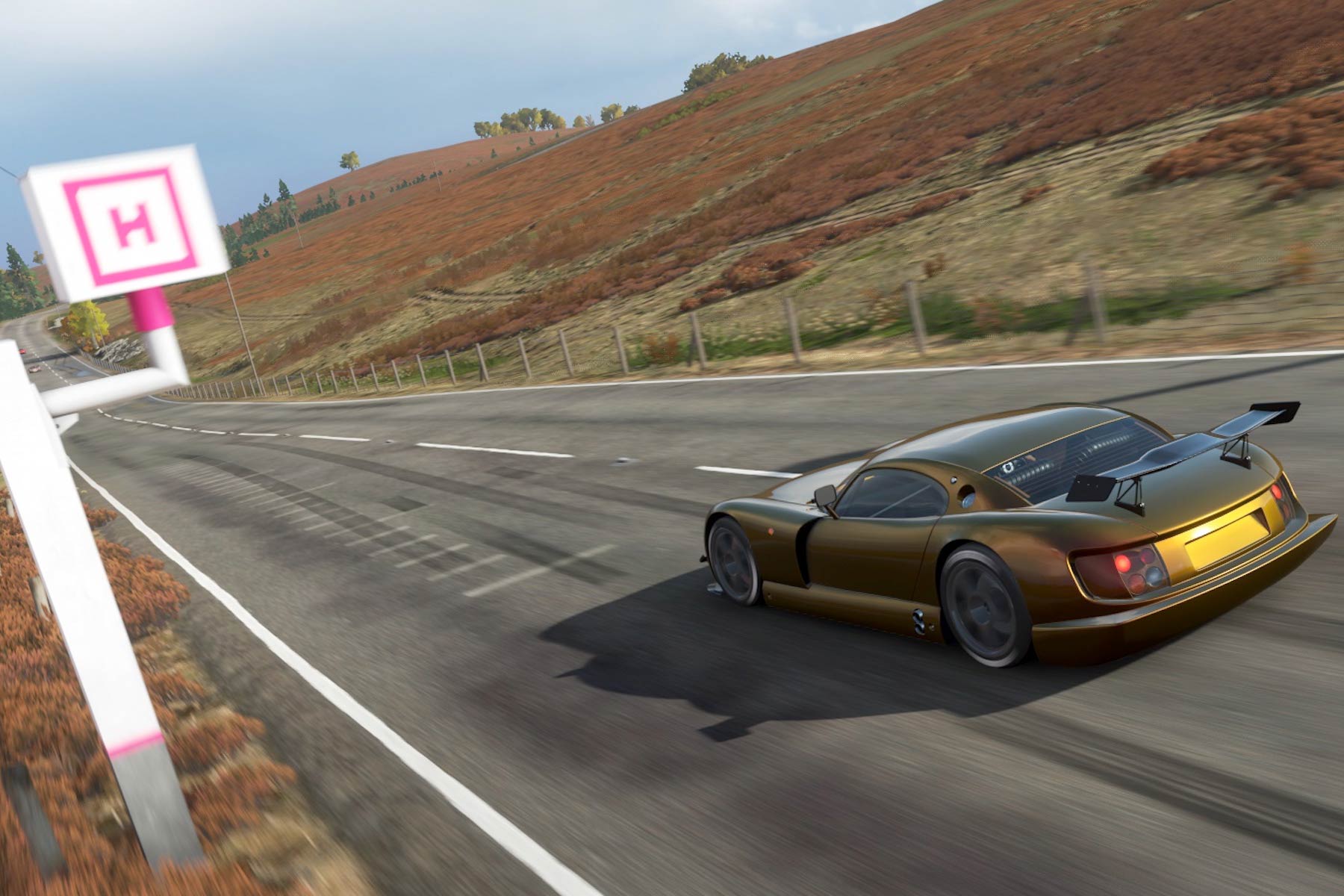 Horizon 4 may be set on normal public roads, but the fictional organisers have seemingly made use of legislation to allow for high speeds on the highways. However, there are still speed cameras dotted throughout the landscape.

These form part of the myriad of additional challenges on offer, goading drivers to try to set the fastest speed through them. Other features include gigantic jumps and zones dedicated to pulling lurid drifts.

There are car choices to suit every taste 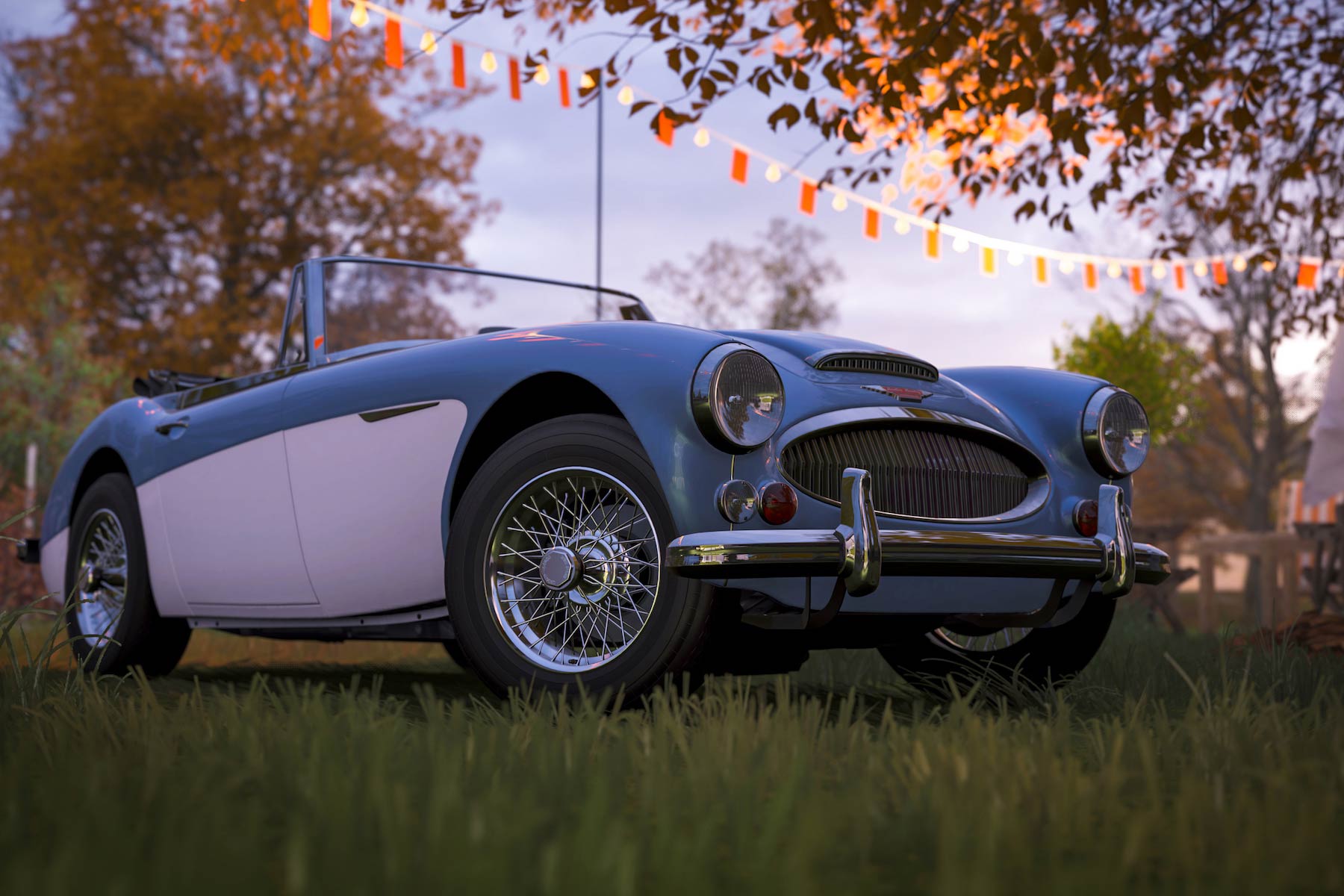 In common with previous Horizon titles, the motoring choices range from humble superminis through to flame-spitting hypercars, and ridiculous off-road weapons. These fit the core classes of Horizon competition, split between tarmac and loose surfaces.

To progress throughout the Festival series, you’ll need to become a master of all types of racing. Fortunately, there are hundreds of beautifully detailed cars to choose from, all of which can be customised to your individual preferences. Oh, and you can damage them, too.

Racing a Unimog is as exciting as it sounds 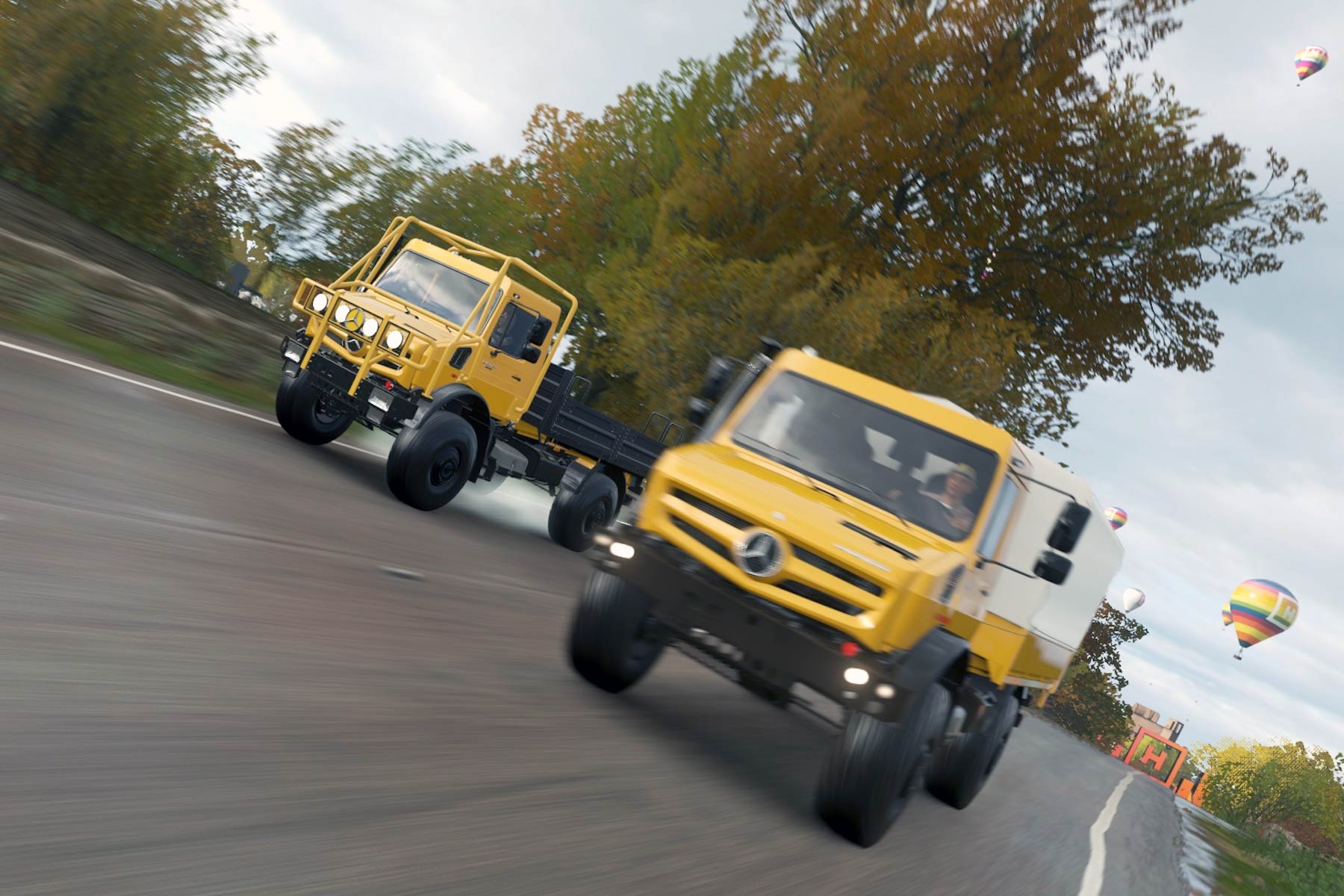 One of the most pleasing aspects of the Horizon series of games is finding pleasure in something truly crazy. Charging around the countryside in a Mercedes-Benz Unimog – with a top speed of less than 80mph – is as ridiculous as it sounds.

This is ultimate escapism 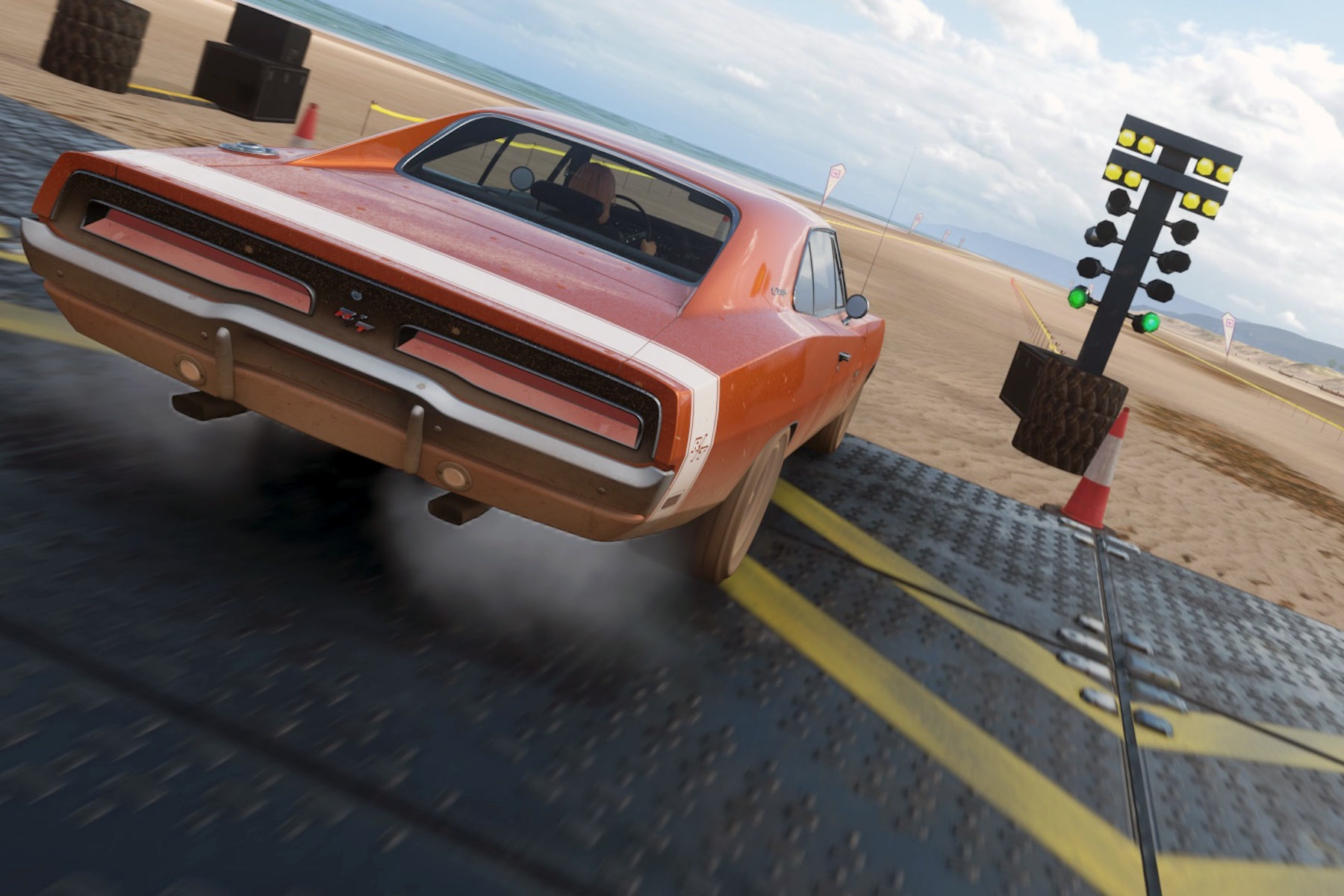 Very few people will get to drive a Lamborghini Countach at full speed across moorland roads in real life, but here is the opportunity to recreate it. The same goes for drifting a Chevrolet Corvette along Princes Street in Edinburgh, or drag racing a muscle car along an empty beach.

The presentation may grate at times, but fundamentally Forza Horizon 4 offers the opportunity to drive and race cars through familiar environments. There are no speeding fines to worry about, petrol to pay for, or even the need to wash your car afterwards.