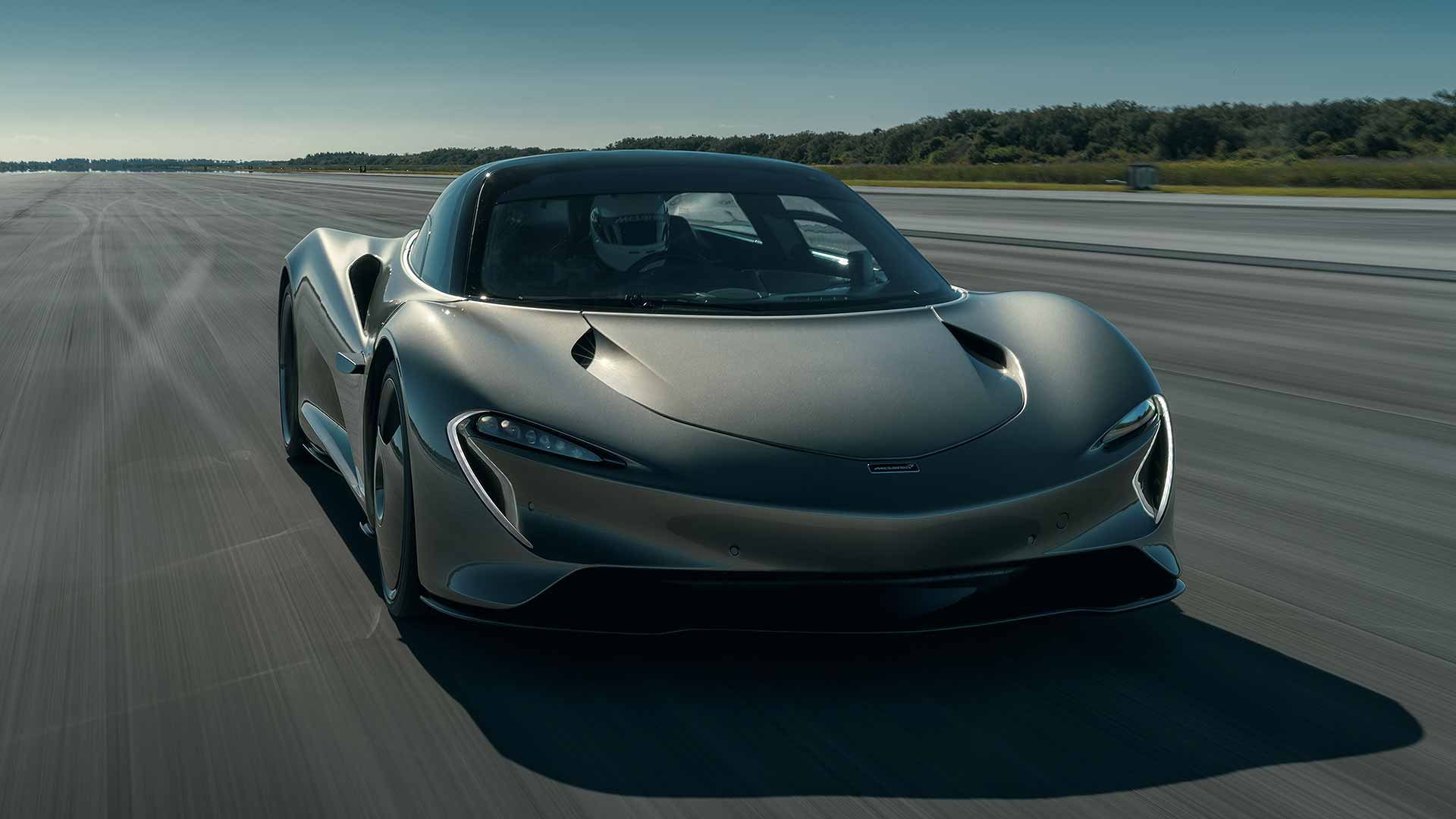 A McLaren Speedtail development car has reached 250 mph more than 30 times during high-speed testing at the Kennedy Space Center in Florida, USA. 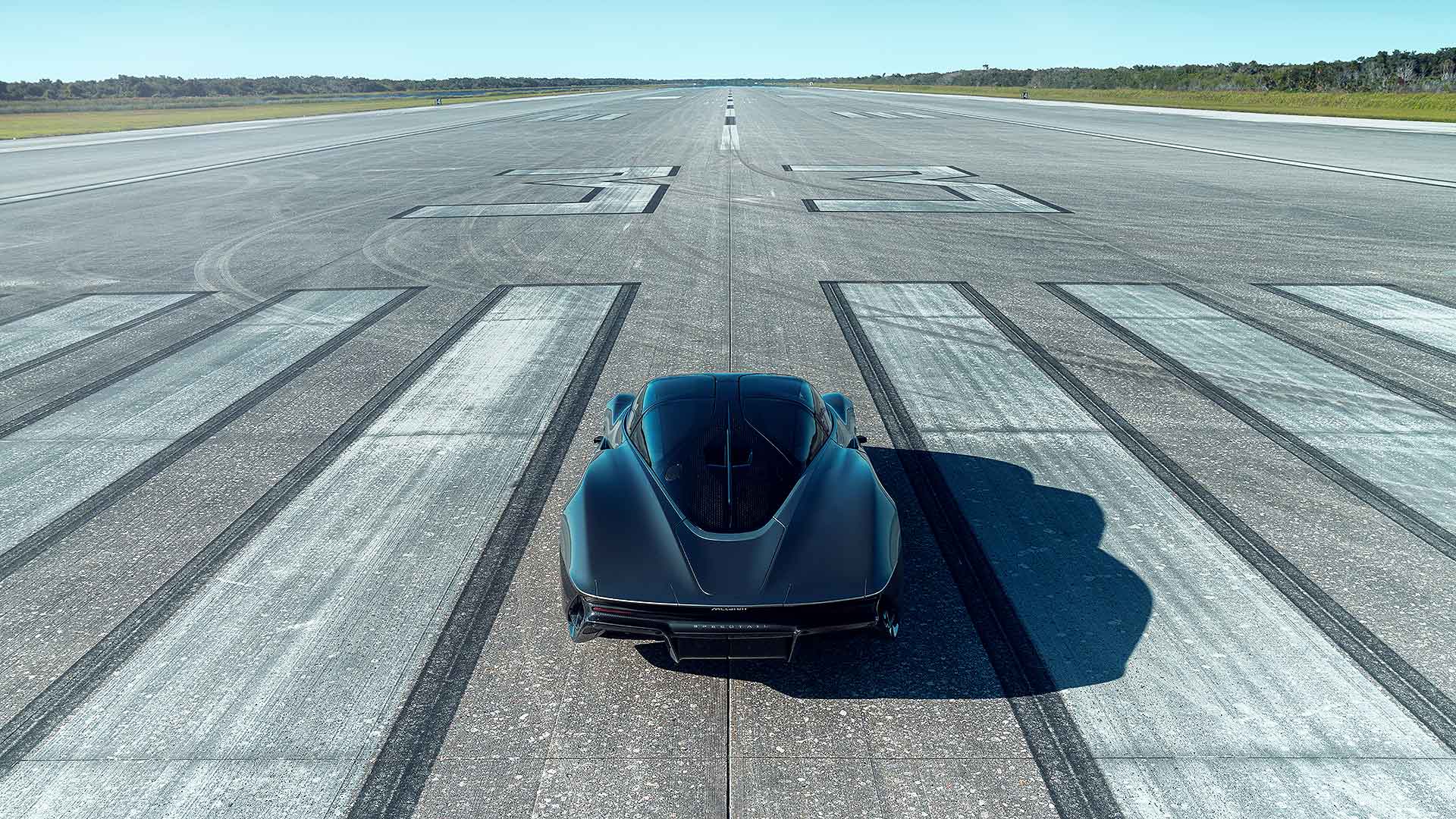 The tests are part of a high-speed validation regime that has already carried out flat-out runs at Idiada in Spain and Papenburg in Germany. 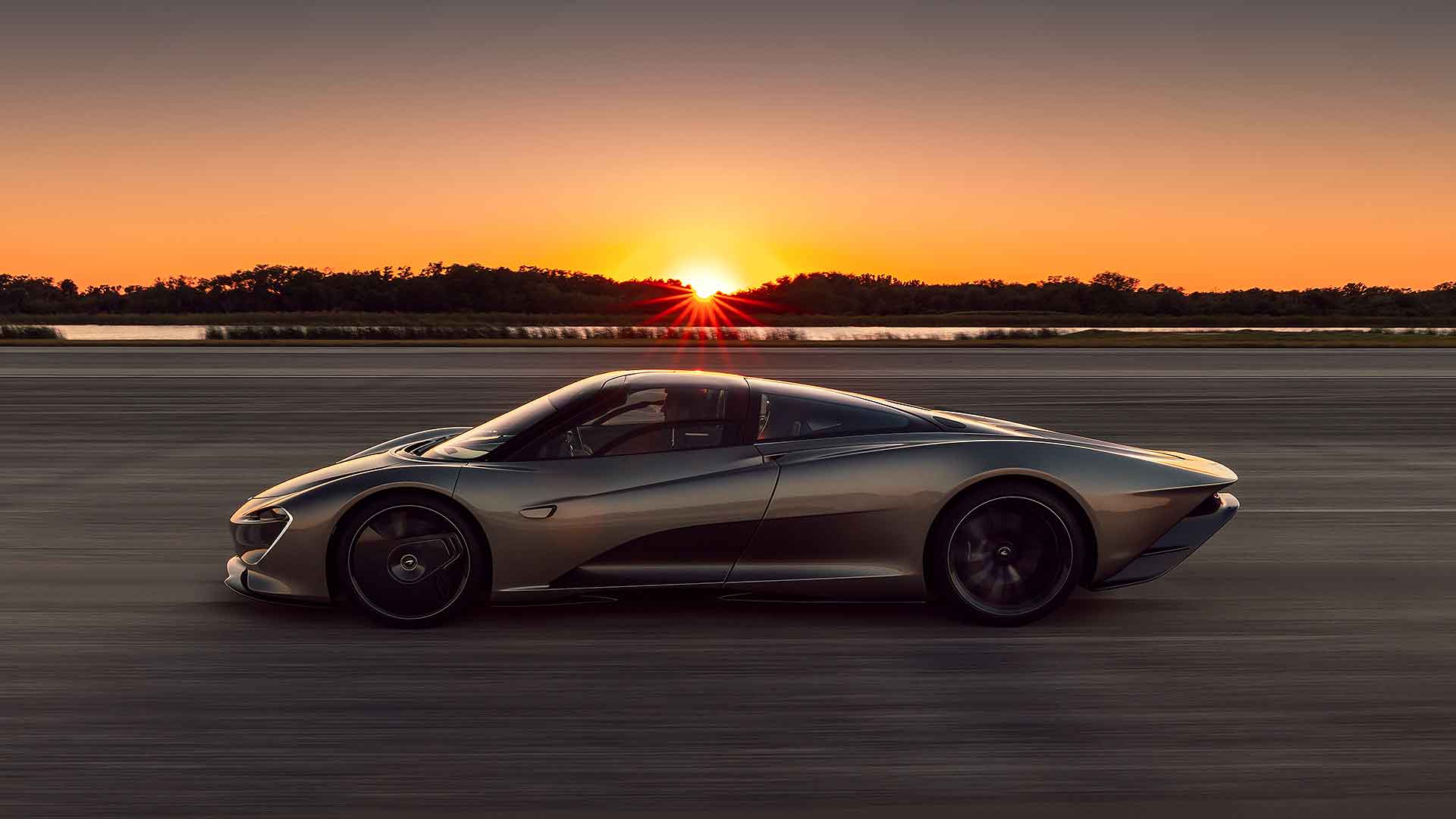 McLaren is making just 106 Speedtails, each boasting 1,070 horsepower – that’s enough to accelerate from 0-196mph in less than 13 seconds. 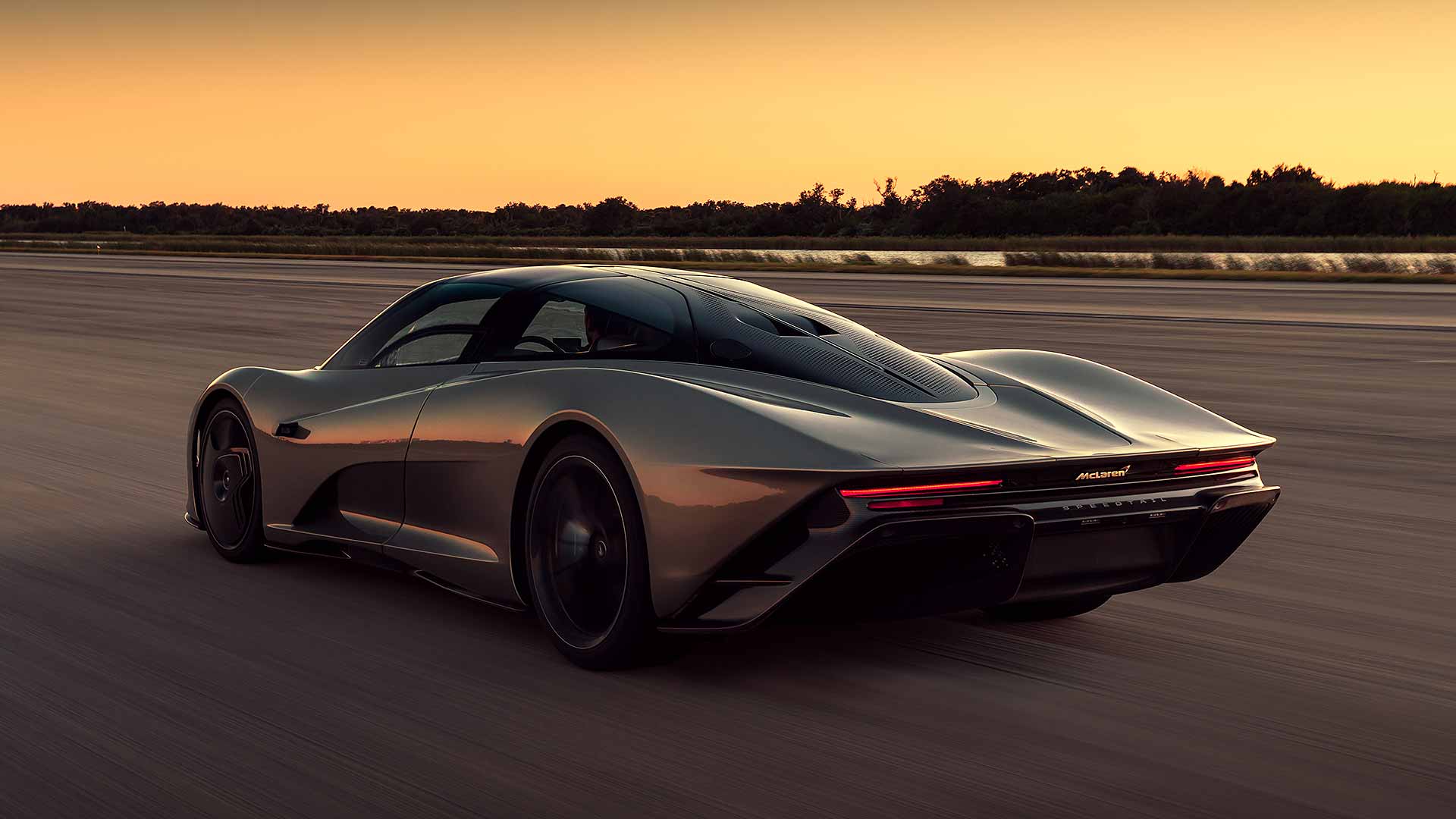 “The Speedtail is a truly extraordinary car that epitomises McLaren’s pioneering spirit and perfectly illustrates our determination to continue to set new benchmarks for supercar and hypercar performance.” 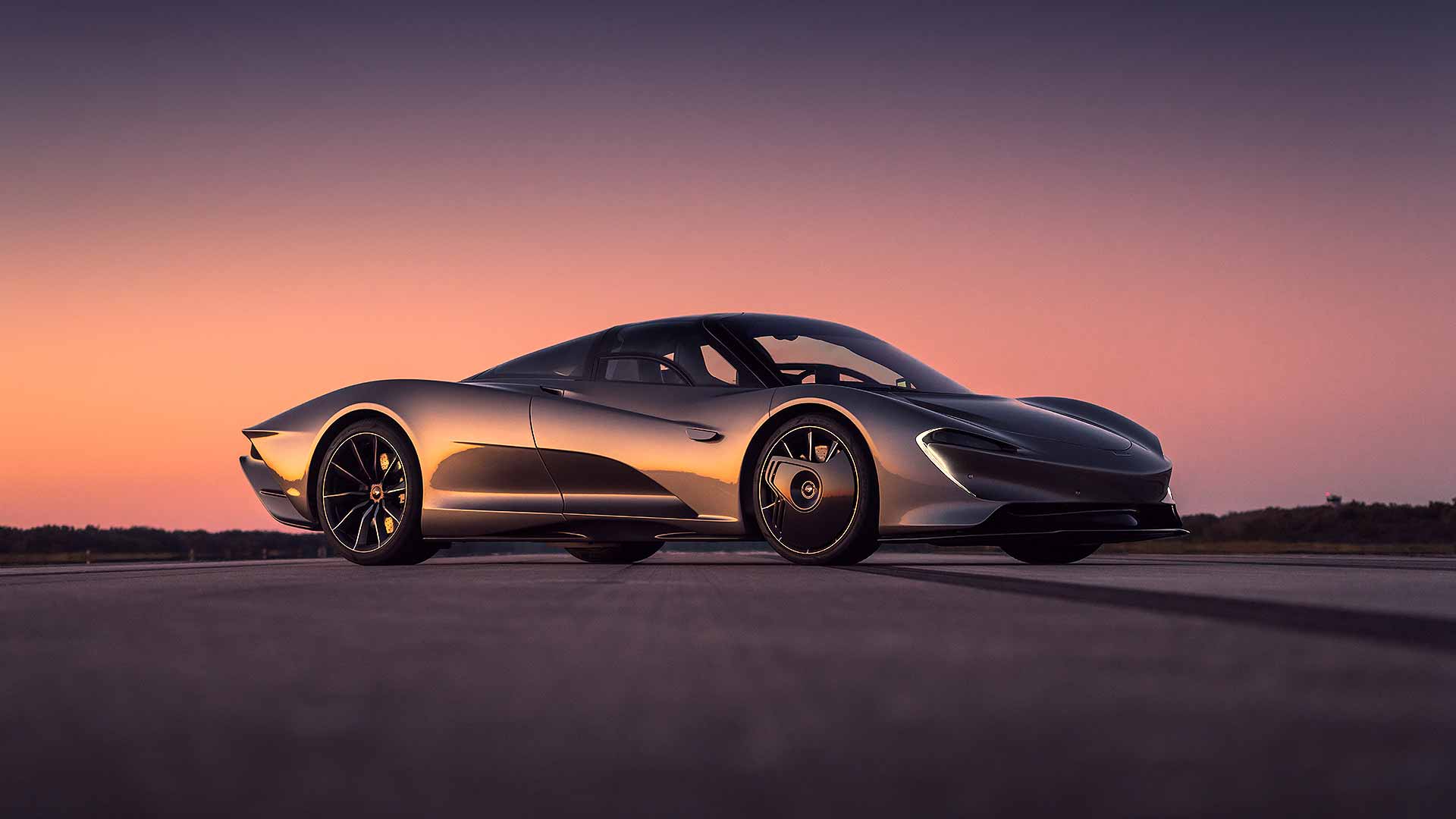 The Speedtail is McLaren’s tribute to the original McLaren F1 hypercar – like that icon, it even has a centrally-positioned driver’s seat within the three-seat cockpit.

The F1 factor is also why McLaren is only making 106 Speedtails: to match the number of F1s made.

The Speedtail is a substantial 5.2 metres long (the same as a long-wheelbase Range Rover) and is described as the most aerodynamically efficient McLaren ever. 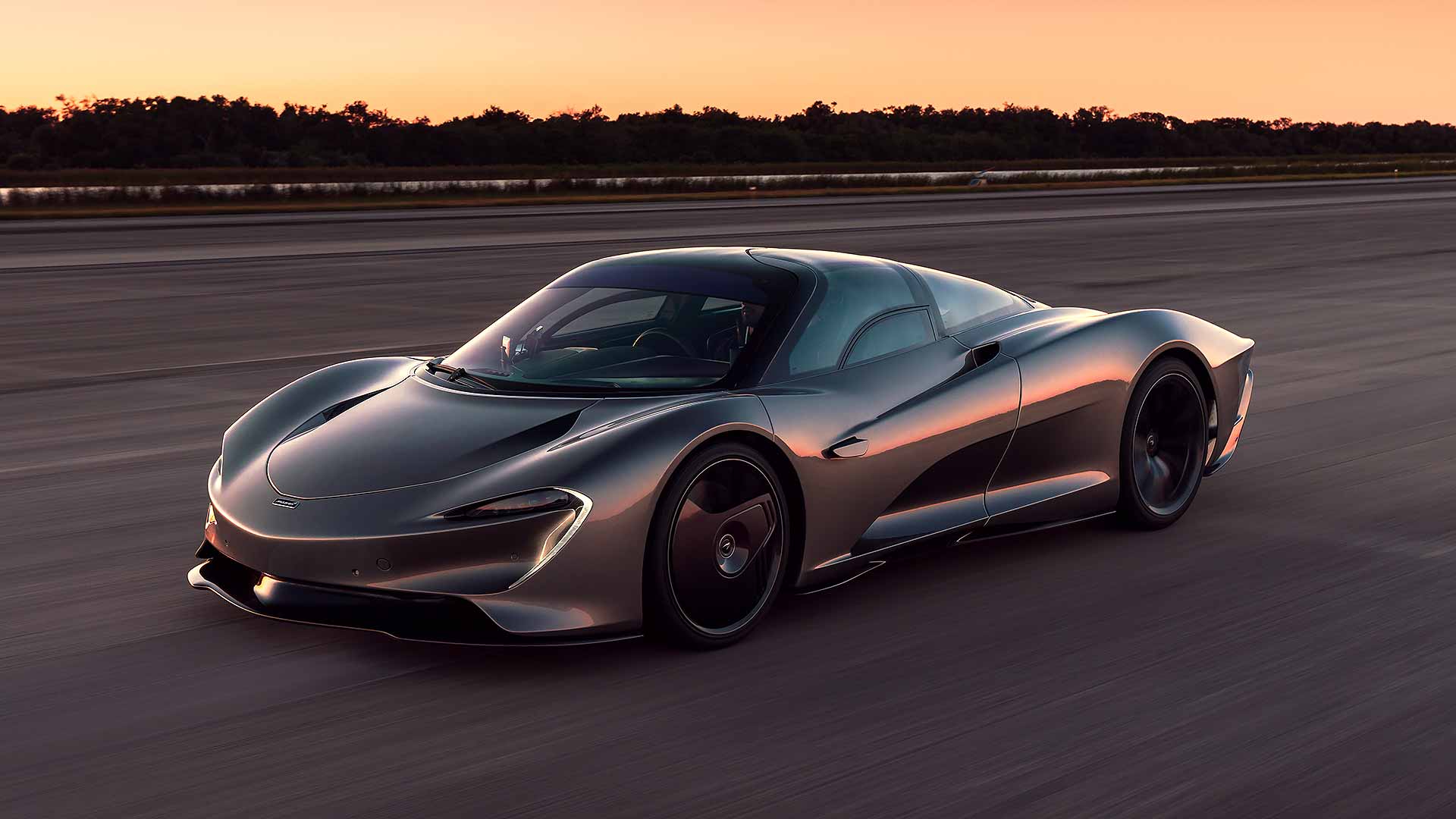 The Speedtail is also a hybrid: it has a petrol-electric drivetrain that self-charges when the vehicle is driven – although McLaren will also give owners a wireless trickle-charge pad to keep the hybrid system in peak condition.

McLaren says production of the first Speedtail hypercars is already underway at its Woking production centre. Deliveries will begin in February 2020.

The Valkyrie AMR Pro track-only hypercar has the performance of a Le Mans prototype, too
Read more

Is this Honda Civic Si at SEMA the ultimate import tuner icon?

We compare the latest 992 version of the Porsche 911 Turbo with its 991 predecessor, in terms of design, performance and price.
Read more

The Kia Sportage is a UK top-10 best-seller: we're spending six months with one to find out why it's so popular
Read more