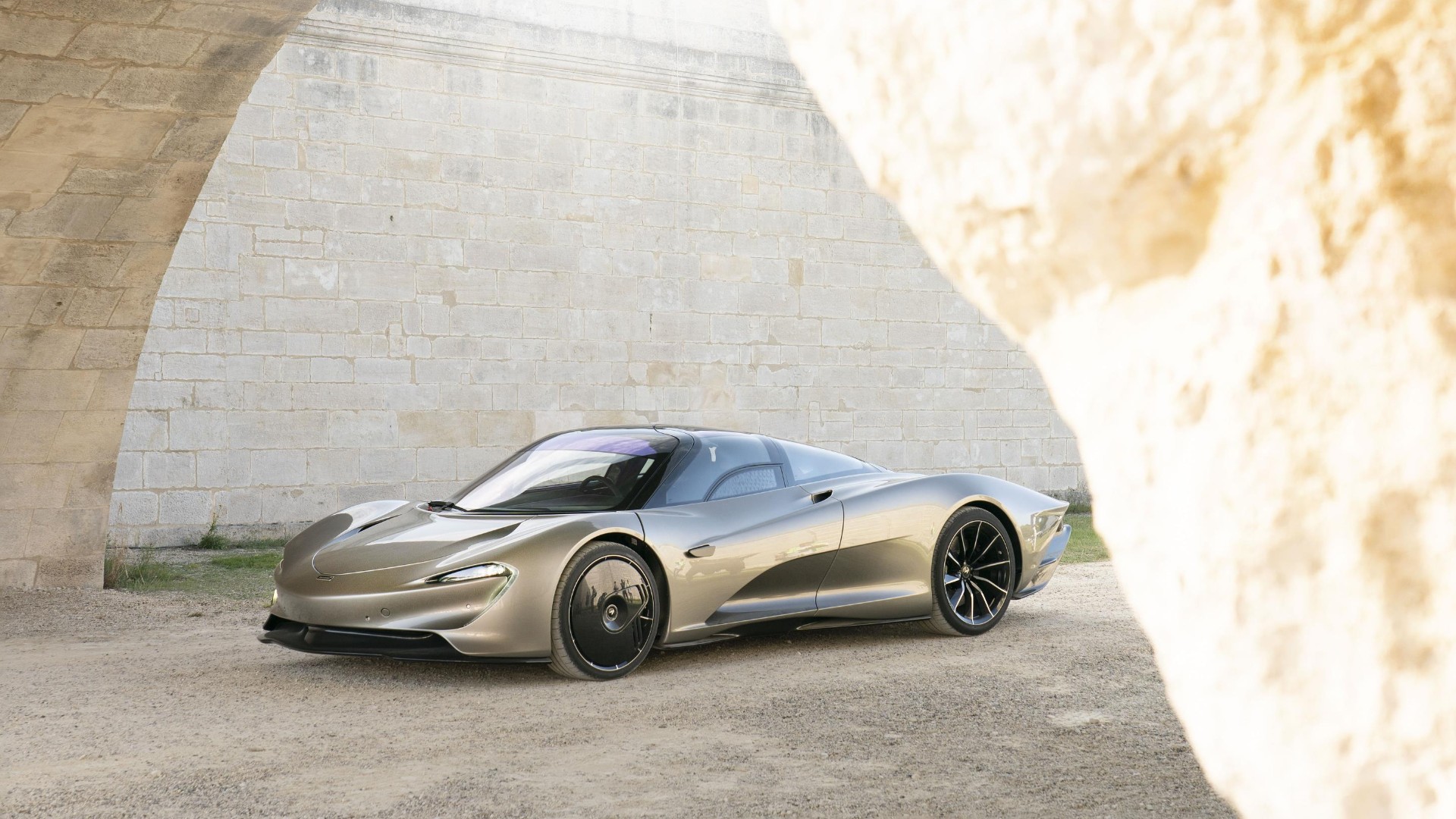 McLaren’s Speedtail, the long-awaited hyper GT currently in development, is still some way from the clutches of its lucky owners. However, it has been named ‘Best in Show’ at an event in France – the Concours d’Elegance at Chantilly Arts & Elegance.

This is a previously unseen example of the Ultimate Series grand tourer. Presented in a Saragon Quartz body with an Oxblood aniline leather and nubuck interior, it’s subtle but stylish.

It’s intended to showcase the bespoke luxury materials and finishes available on the Speedtail. 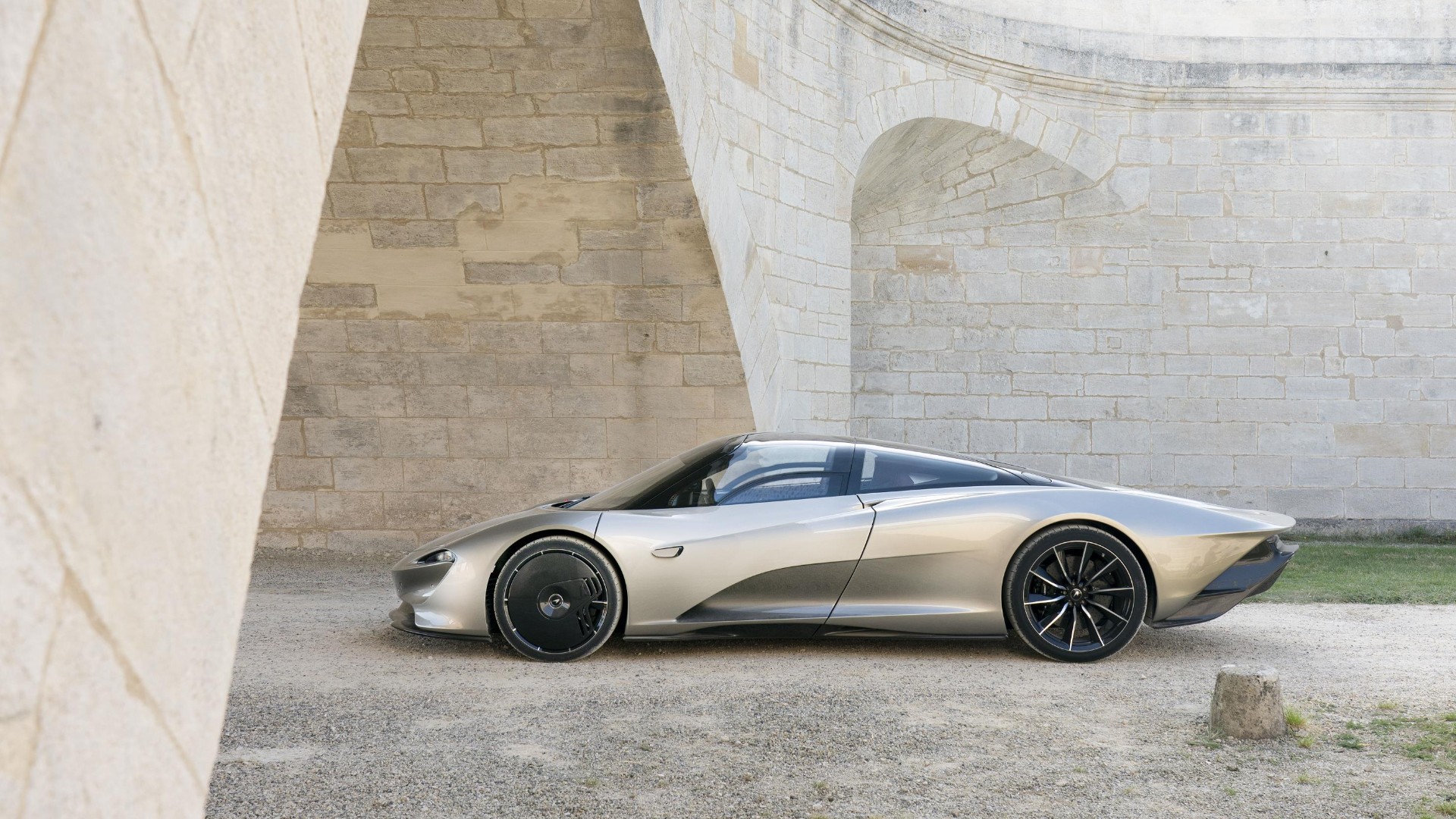 It wowed the crowds, winning ‘Best of Show’ 2019 in the Concours d’Elegance. Grand touring was a bit of a theme for McLaren at the event, with the Speedtail joined by its junior sibling, the McLaren GT.

As a reminder, the McLaren Speedtail is the marque’s fastest car to date, with a top speed of over 250mph. It does so with the power of a petrol hybrid powertrain with over 1,000hp.

Famously, it joins the F1 in being able to bring two other passengers along for the ride. Yes, the classic central-driving three-seat layout is back. Just 106 examples of the Speedtail are set for production, with each one reportedly spoken for. 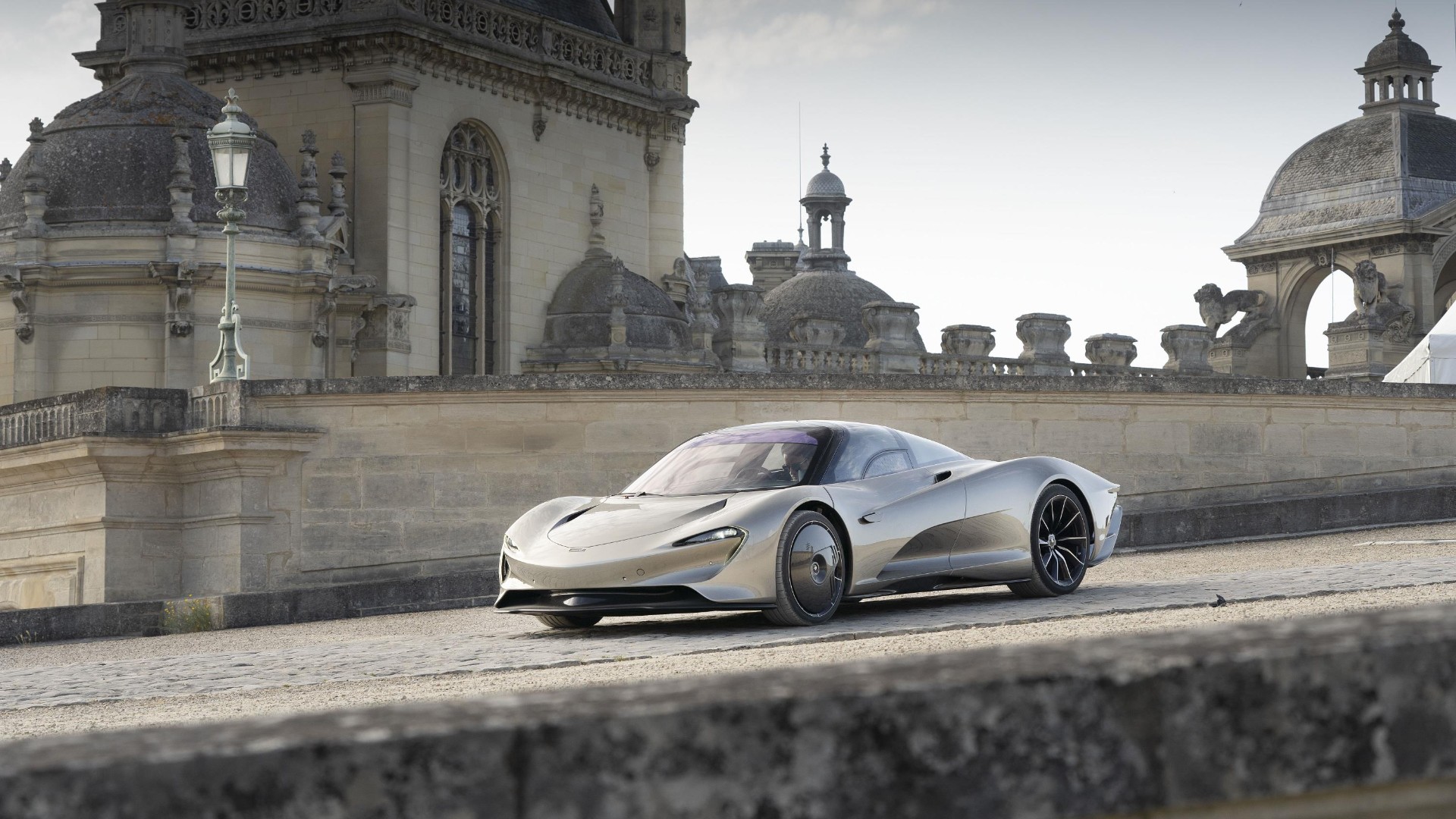 “To have the McLaren Speedtail recognised as ‘best of the show’ by the judges of the Chantilly Arts & Elegance Richard Mille is a great honour for us,” said David Gilbert, managing director Europe, McLaren Automotive. 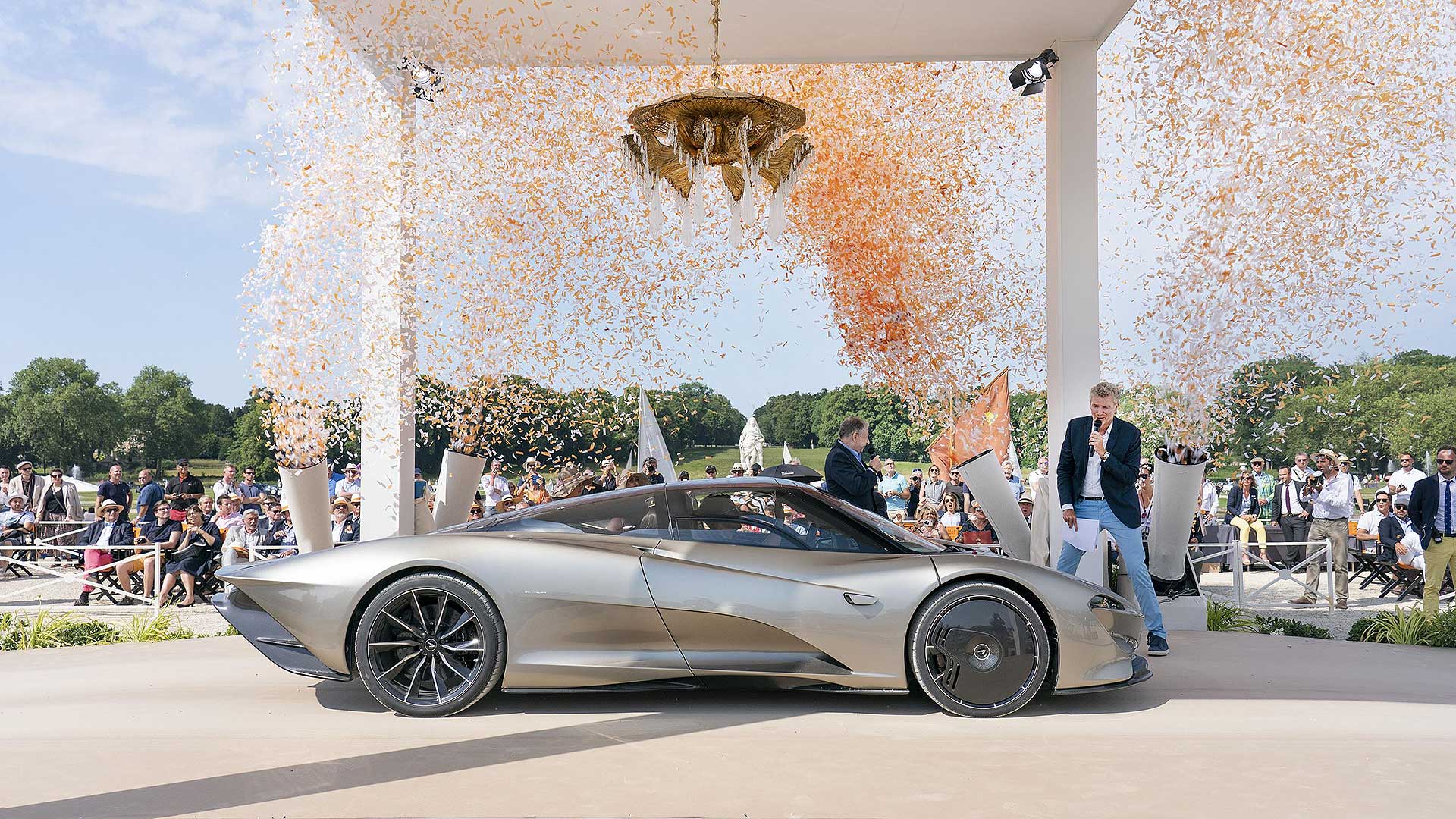 “The McLaren design team is always brave in its approach. Receiving this award for the stunning design, craftsmanship and innovation is a fantastic reward to the team back in Woking.”