Another year, another top qualifying performance in MotoGP, and another brand new car for Marc Marquez: this time, it's a BMW M3 CS 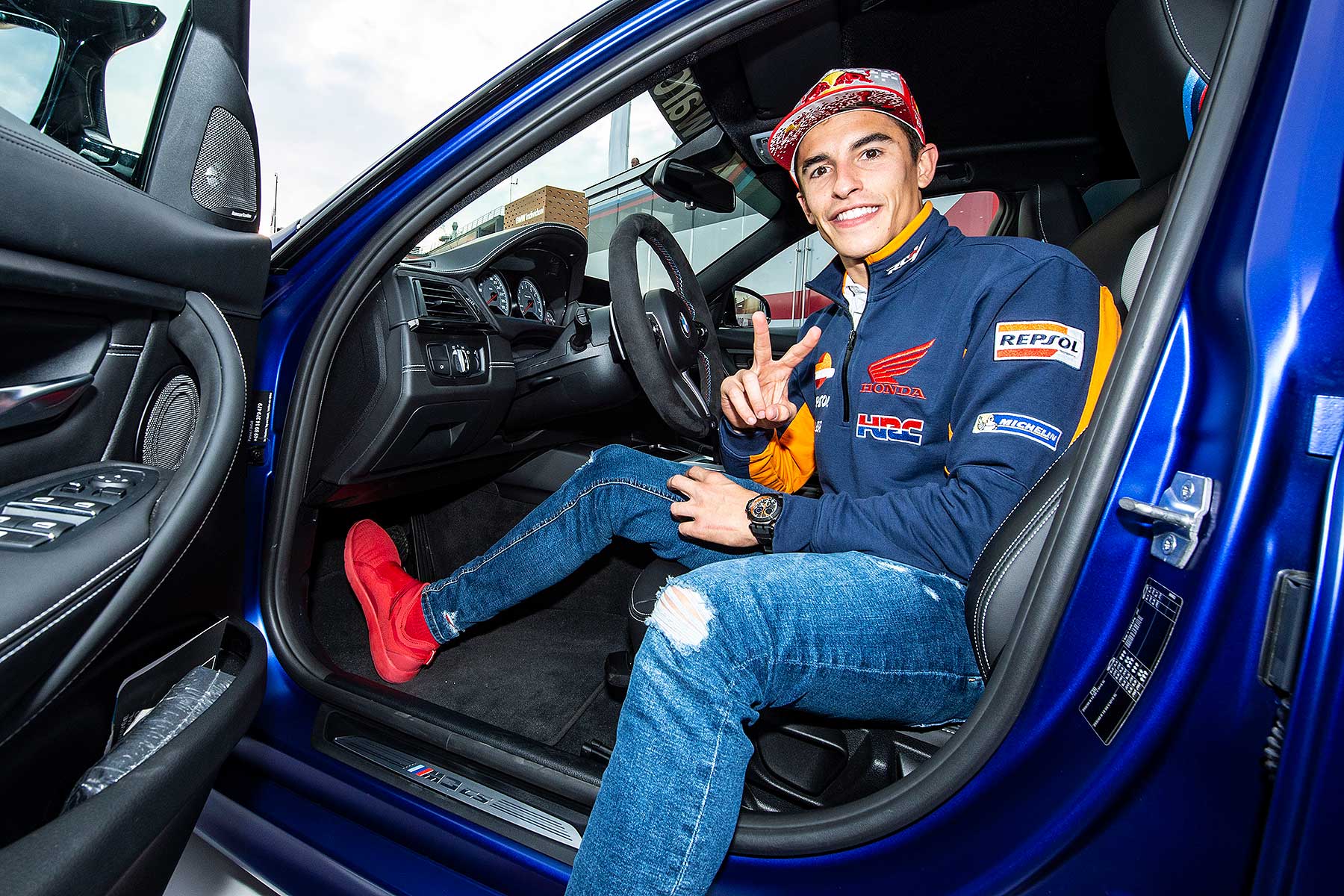 MotoGP World Champion Marc Marquez has taken delivery of another BMW M car after once again being the fastest qualifier in MotoGP 2018.

This year’s BMW M Award is an M3 CS, and makes it six times in a row that Marquez has picked up a new BMW M car for being top qualifier.

Marquez first won the BMW M Award in 2013, becoming the first rookie to take the prize car. And he hasn’t stopped since. 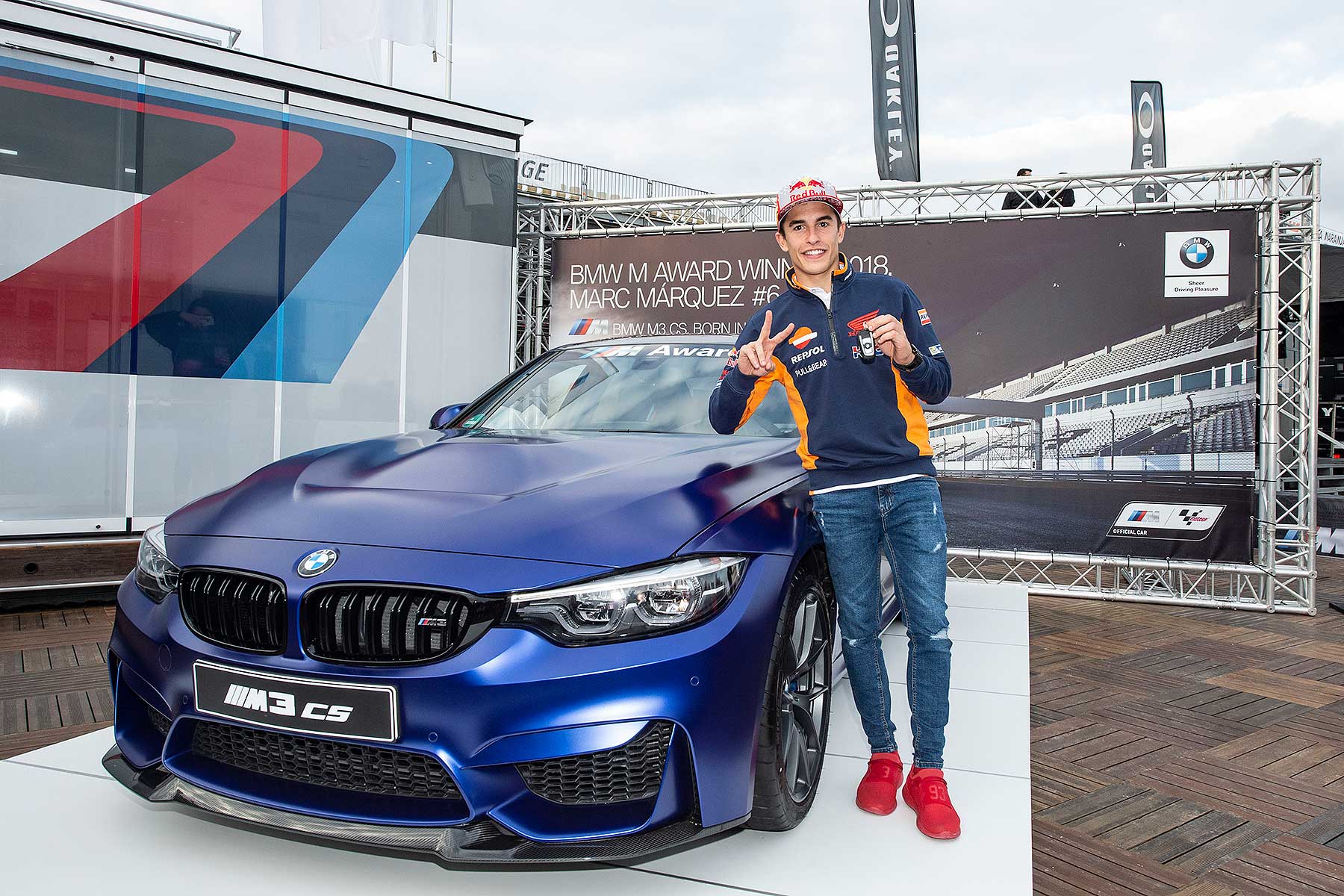 “I can hardly believe that I have won the BMW M Award for the sixth time running,” he said during the handover ceremony.

“I want to thank BMW M GmbH… this shows special appreciation for us as MotoGP riders. The prospect of winning this prize provides even more motivation for us.”

BMW has been the official car of MotoGP for 20 years and has handed out the top qualifier prize car for 16 of them. 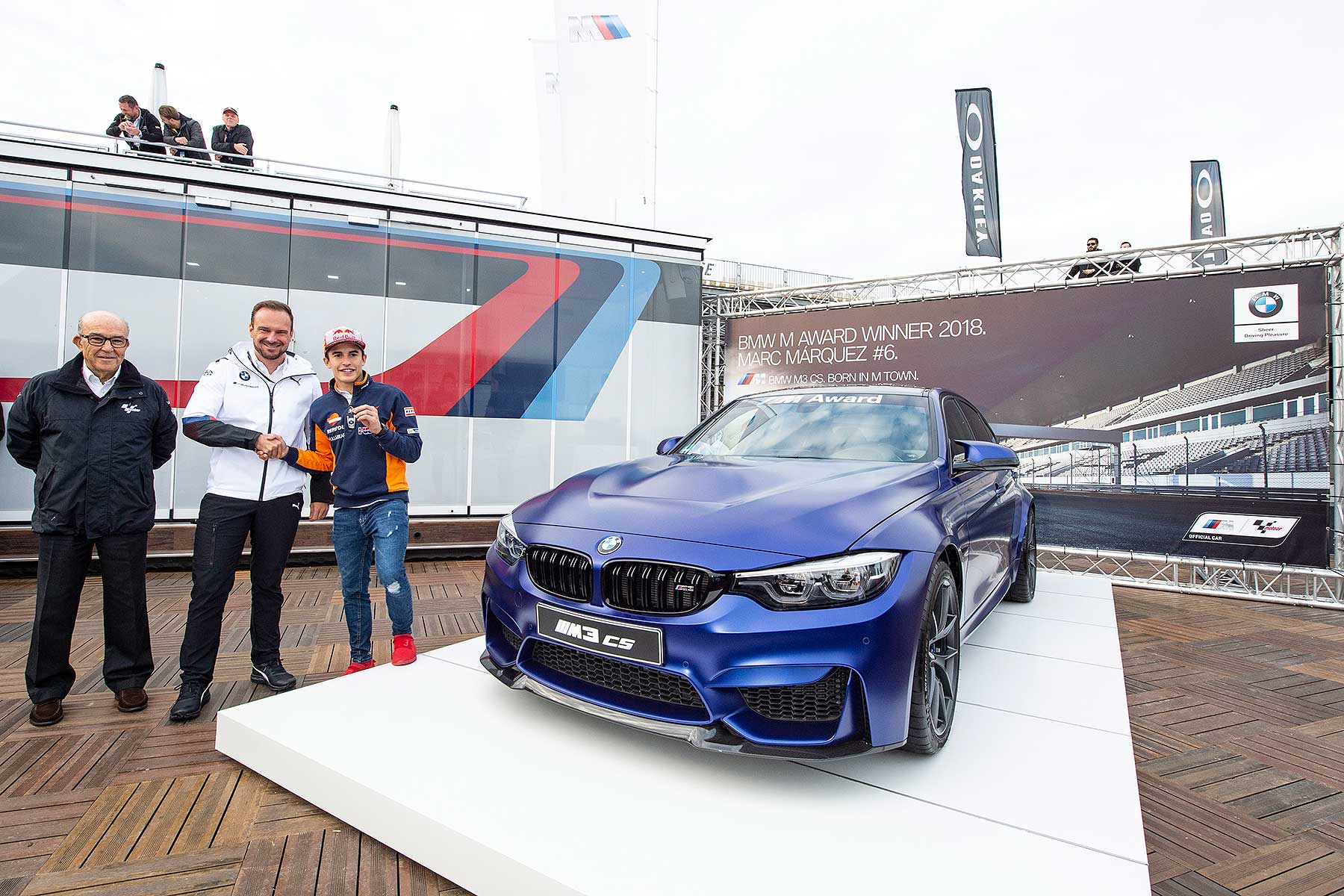 “There are hardly enough superlatives to describe Marc Marquez,” said BMW M GmbH president Markus Flasch. “The fact he has now won the BMW M Award for the sixth time running is more than just impressive… Marc has made history again.

“The prize is a token of our appreciation for his outstanding performance.”

How does the MotoGP BMW M Award work?

MotoGP riders get points for their performance in races, but also clock them up for qualifying performances.

Riders get 25 points for pole, 20 points for second, and so on: they’re awarded in the same way as race points.

Marquez is way ahead in the all-time rankings, but Valentino Rossi and Casey Stoner have each received three BMW M cars for qualifying speed.

The Ultra Low Emission Zone (ULEZ) covers much of central London – and is due to expand. How much does it cost and are you liable to pay?
Read more
Motoring ResearchWe Are Everything Motoring
Facebook
Instagram
Pinterest
Twitter
Youtube
Go to mobile version