It’s easy to say you can’t put a price on safety, but when it comes to buying a new car, you don’t need to break the bank to protect yourself on the road. 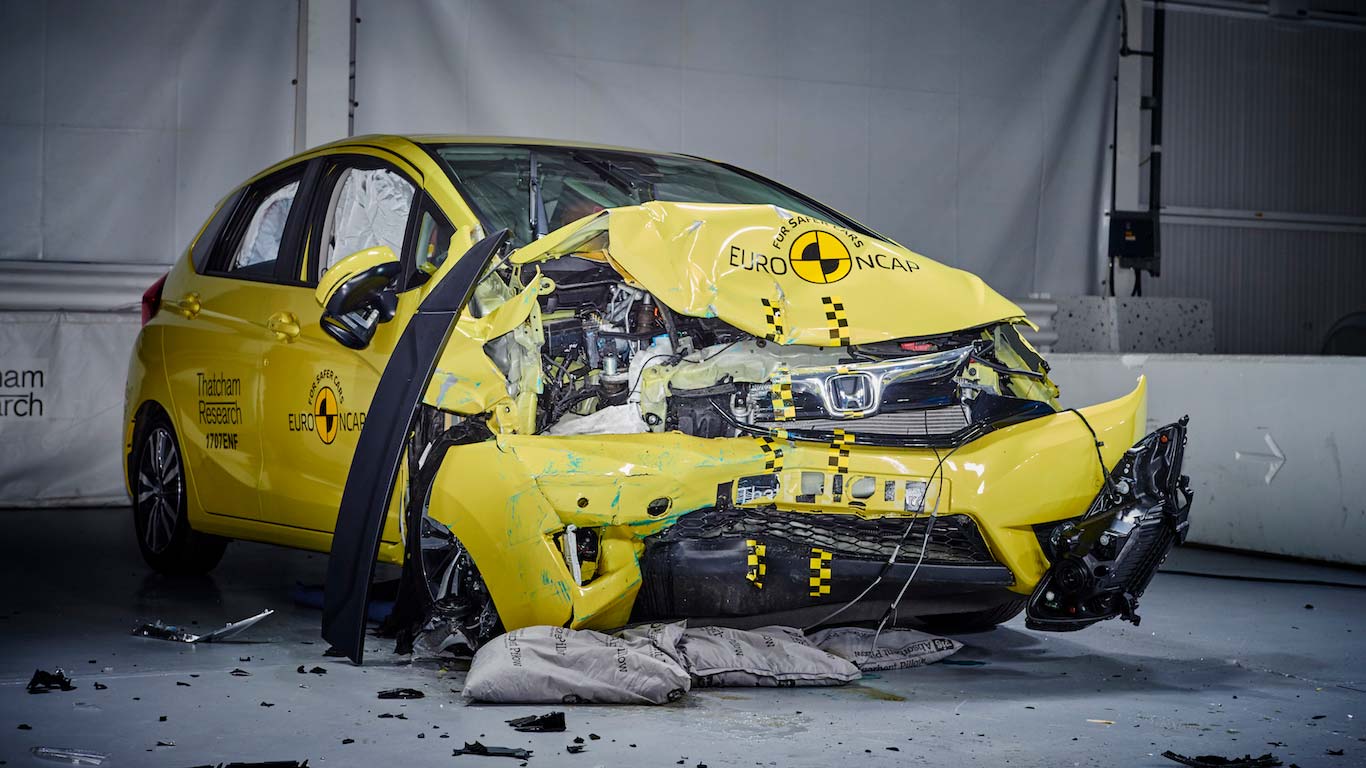 It’s easy to claim you can’t put a price on safety, but when it comes to buying a new car you don’t need to break the bank to protect yourself on the road.

All of the 20 cars featured here have been given the highest possible rating of five stars for safety by Euro NCAP, yet presently cost less than £20,000. 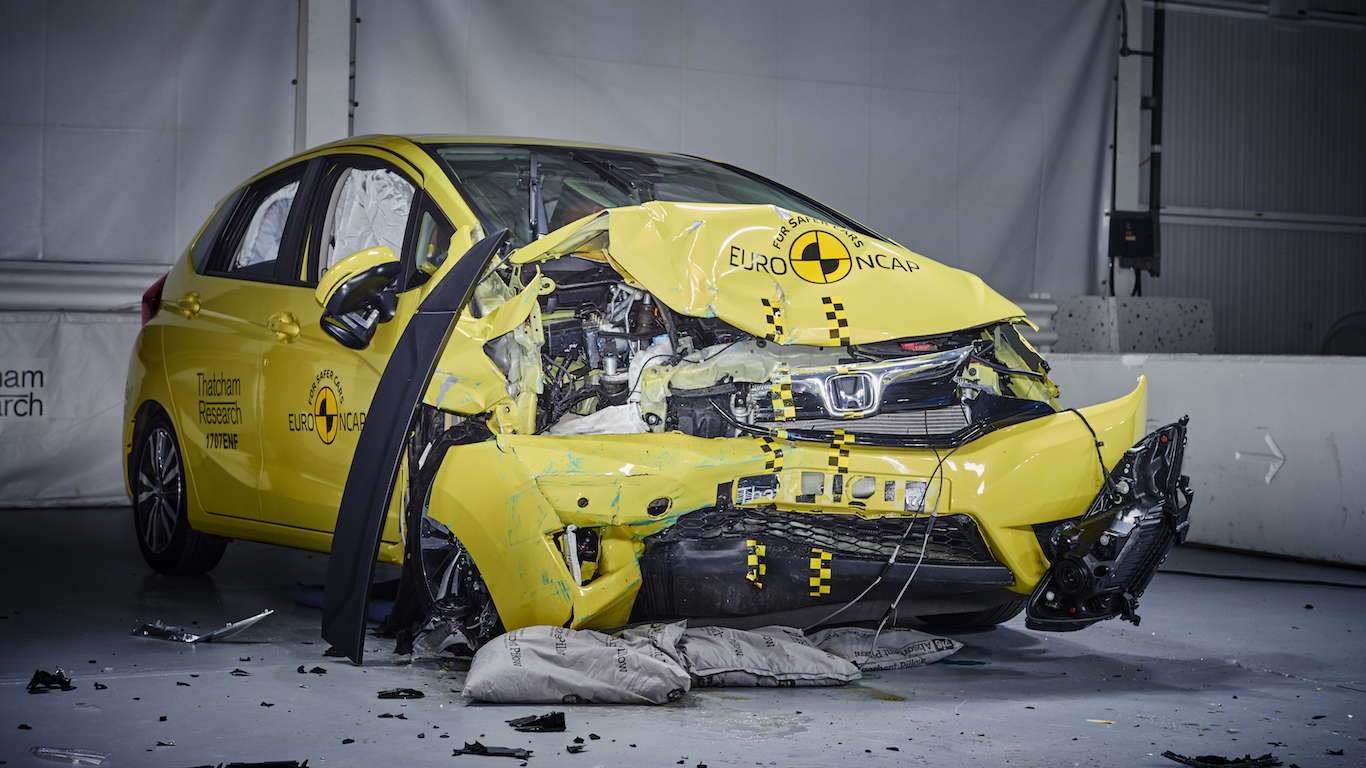 Established in 1997, the European New Car Assessment Programme (Euro NCAP) has challenged car manufacturers to take safety seriously. Subjecting new cars to a series of crash tests, Euro NCAP independently rates new cars on a scale of one to five stars. As safety technology has developed, Euro NCAP has changed the rating process to take this into account.

This means it’s harder to achieve a maximum five-star rating in 2019 than it was in 2012, with cars also needing standard crash avoidance technology to claim top marks. To keep things recent, our list only includes cars tested since 2013, while any cars no longer in production have been excluded. 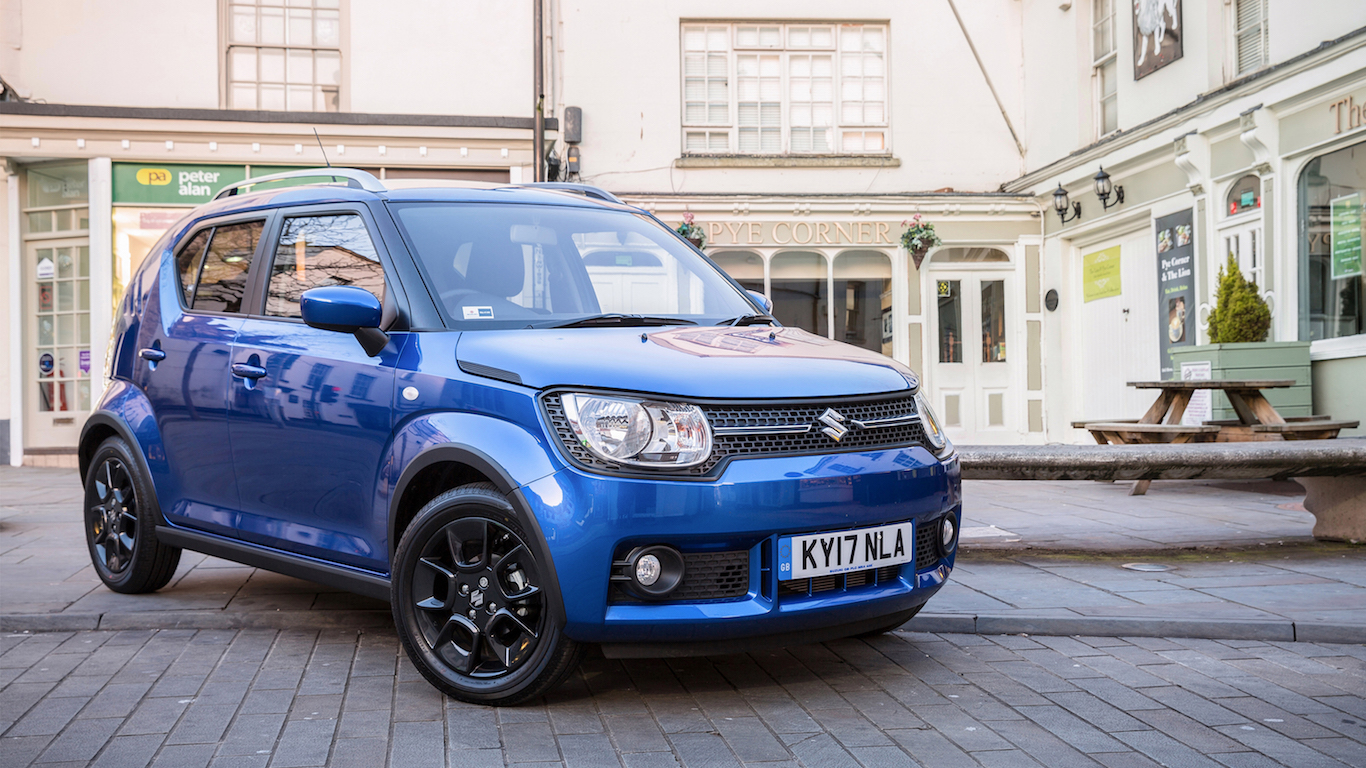 With a starting price of just £10,849, the Ignis supermini is the cheapest car on our list. There is a catch: the five-star rating awarded in 2016 only applies to the Ignis when specified with an optional ‘Safety Pack’.

This pack includes a camera-based automatic braking system that, without, sees the Ignis score just three stars. However, even adding the £750 Safety Pack to the price of the entry-level SZ3 model, still sees the Ignis undercut everything else on this list. 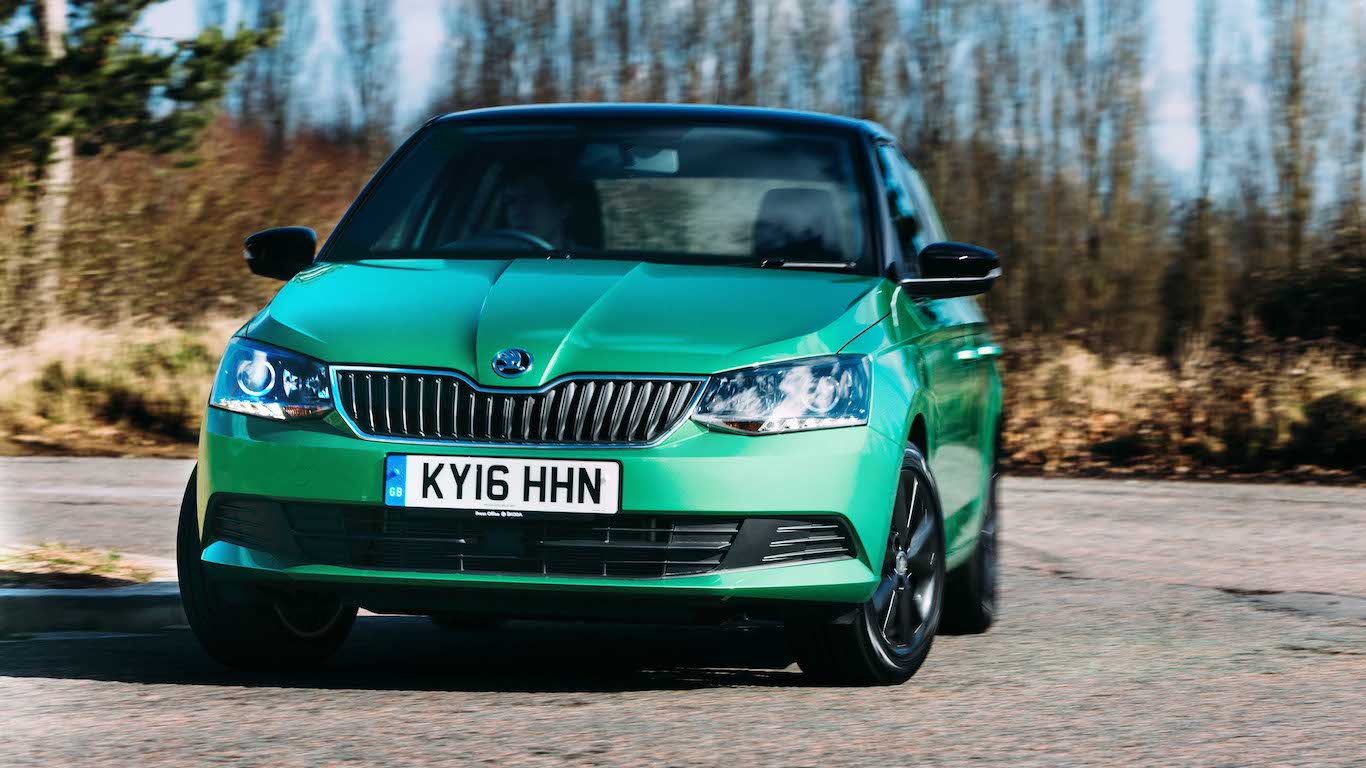 Skoda takes safety seriously, so you can be confident that even the most basic Fabia supermini will have your back, despite costing just £12,255. Awarded top marks when assessed in 2014, the Euro NCAP testers noted that the passenger compartment of the Fabia remained stable on frontal impact, with good protection of head and legs.

The entry-level S trim means no air conditioning or satellite navigation, but you can add a blind-spot monitor and hill-hold assist if you so wish. 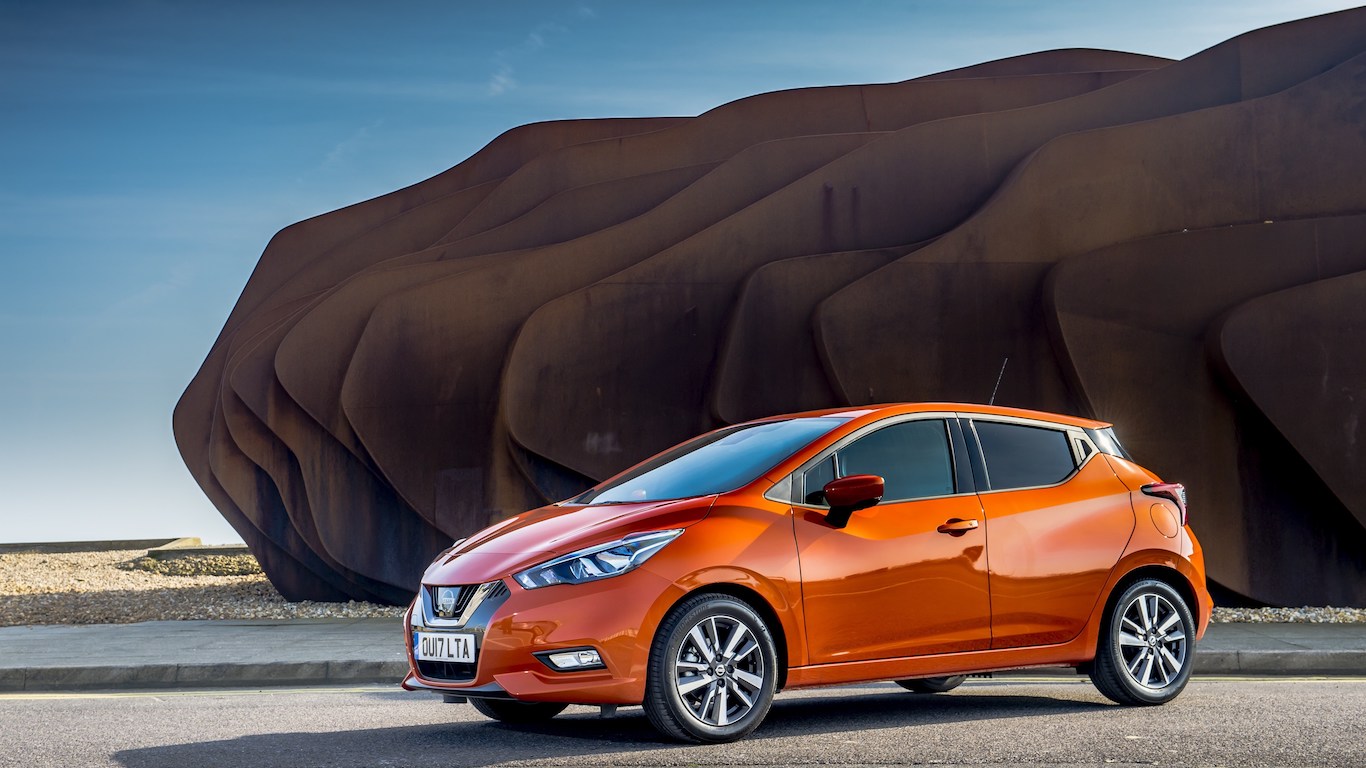 As with the Ignis, in order to claim the full five stars, the Nissan Micra needs to be equipped with certain safety features. Fortunately, all Micras sold in the UK come with the requisite Lane Departure Warning, and Intelligent Emergency Braking to qualify for five stars. It means you can spend just £12,880 and feel quietly confident. 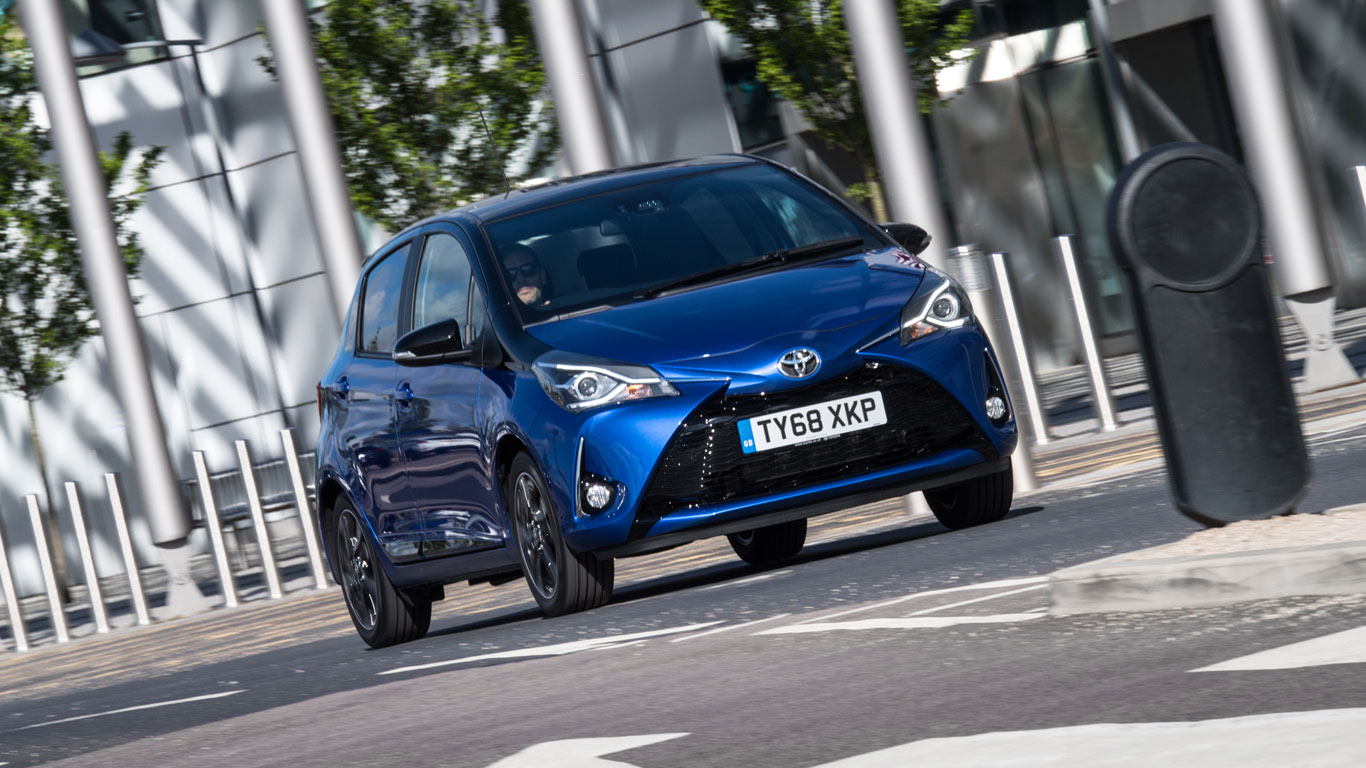 Currently available with a £525 discount if ordered by 30 June 2019, the Toyota Yaris achieved a maximum five-star rating when it was tested in 2017. Toyota’s Safety Sense package comprises a pre-collision system with autonomous emergency braking, automatic high beam and lane-departure alert, and is standard across the range.

All models apart from the entry-level Yaris Active also feature road-sign assist. Take advantage of the discount and the Yaris range starts from £12,995. 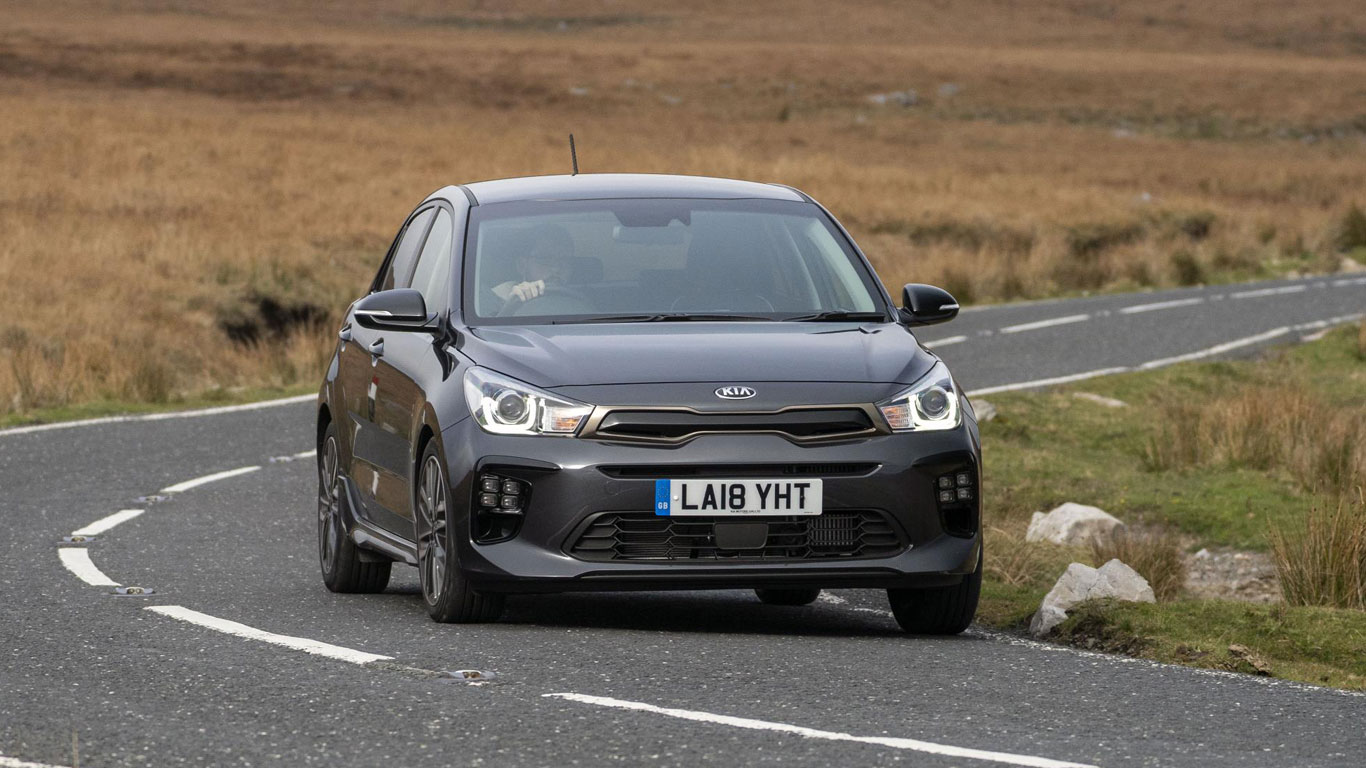 Order a Kia Rio ‘1’ without the optional Advanced Driving Assistance Pack (ADAP) and you’ll be driving a car with a three-star safety rating. Spend £350 and you’ll own a supermini with a five-star rating. It seems like a small price to pay for an enhanced safety package.

Alternatively, opt for the Rio ‘2’, which features the safety pack as standard, along with alloy wheels, rear electric windows, a seven-inch display, Apple CarPlay and Android Auto. Rio ‘2’ prices start from £14,735, while the Rio ‘1’, without the safety package, costs £12,495. 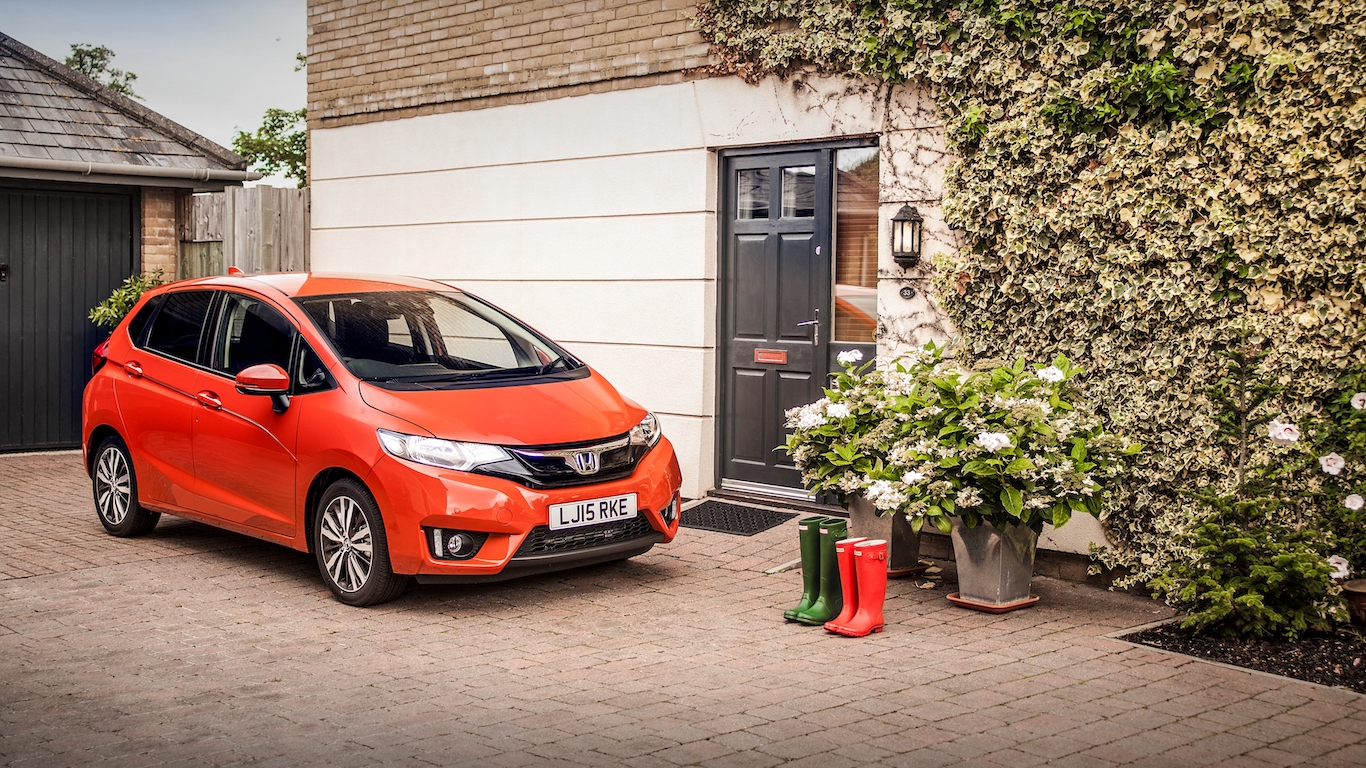 The sensible car of choice for many, it is perhaps hardly unsurprising that the Honda Jazz notched up a strong performance when evaluated by Euro NCAP in 2015. It’s adult occupant rating of 93 percent even outscores the latest Civic, along with good protection against whiplash for both front and rear passengers.

An active city braking system is standard on all models, including the cheapest S version that costs just £14,600. 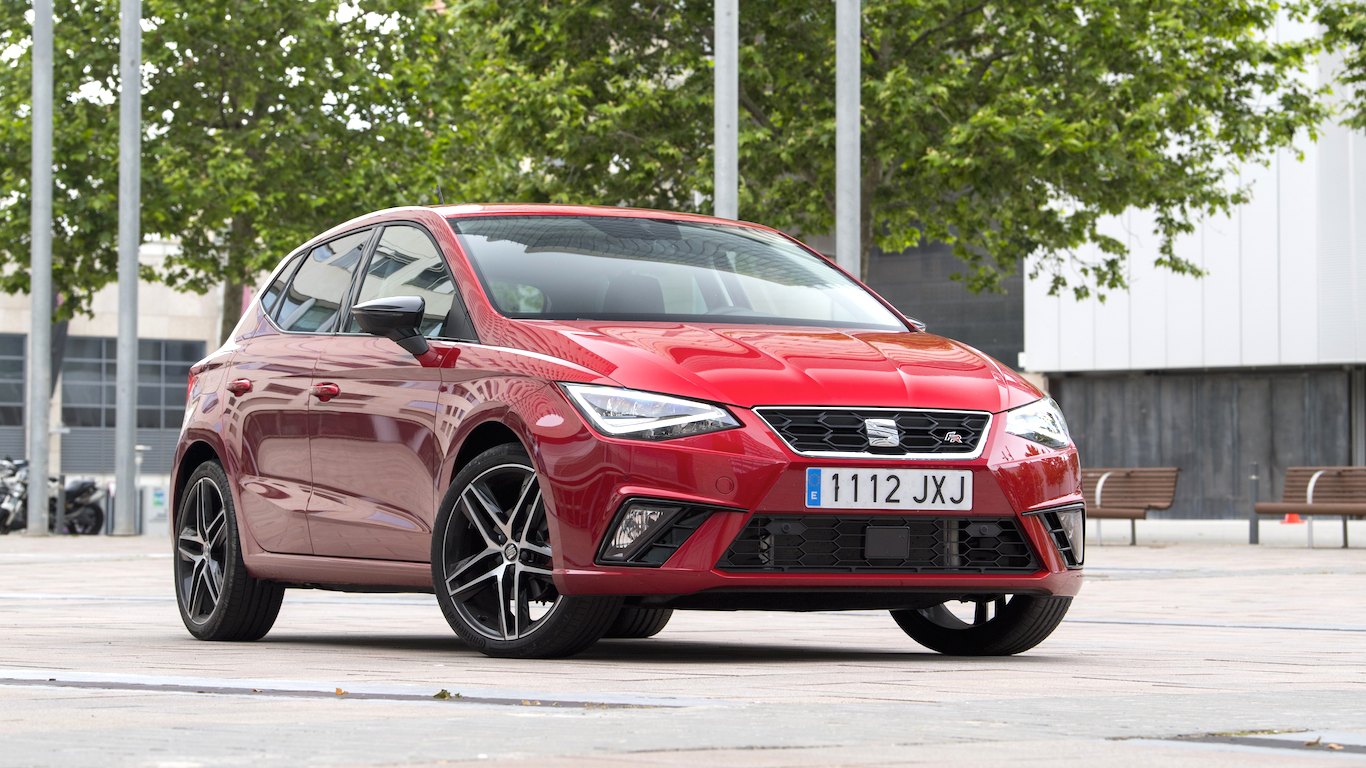 Scoring an impressive 95 percent for adult occupant crash protection, the Seat Ibiza comes with a wealth of airbags, brake assistance technology, and even a speed limiting function as standard. 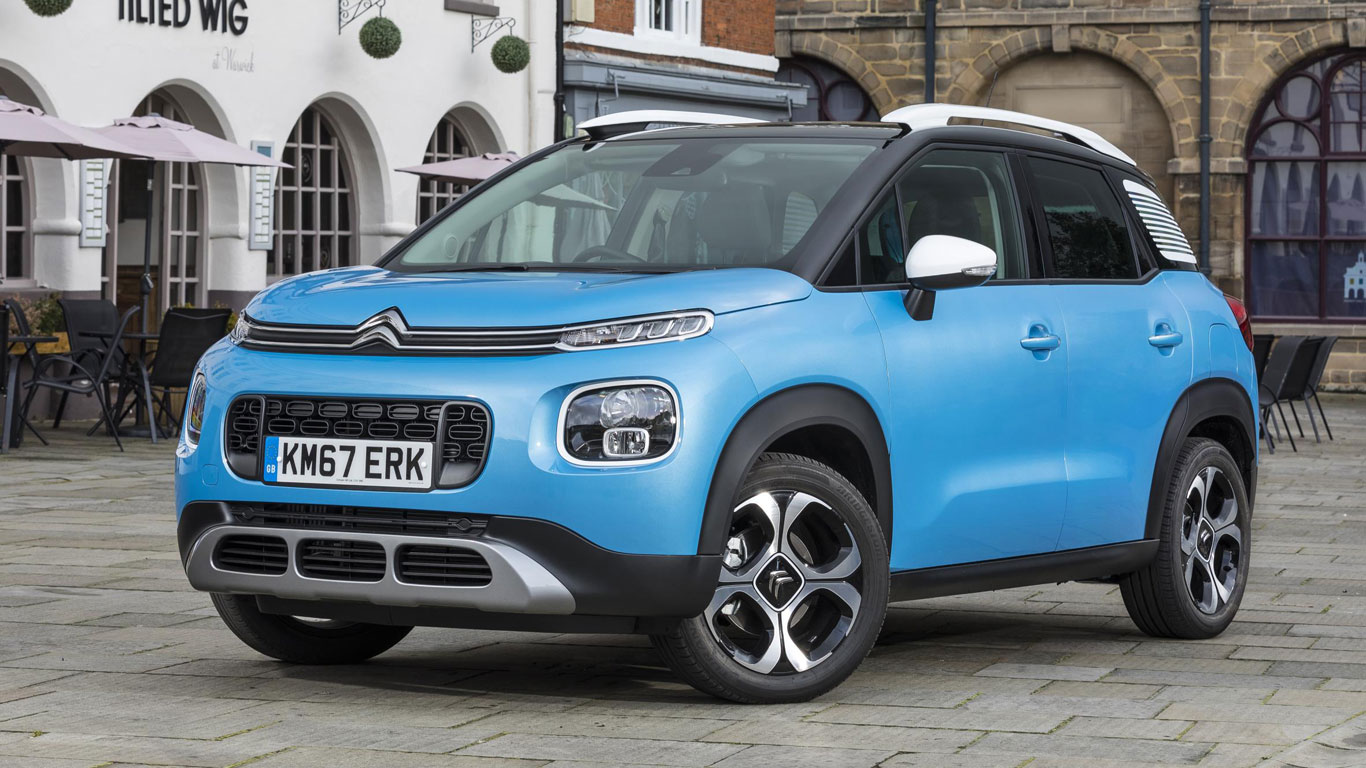 If you’re looking for a reason to opt for the Citroen C3 Aircross over the standard C3 supermini, the fact that the high-riding version achieved a five-star safety rating might sway your decision.

While the scores of 85 percent for adult protection and 82 percent for child protection are marginally lower than those achieved by the C3, the C3 Aircross performed better in the pedestrian safety and safety assist categories. Prices start from £15,550. 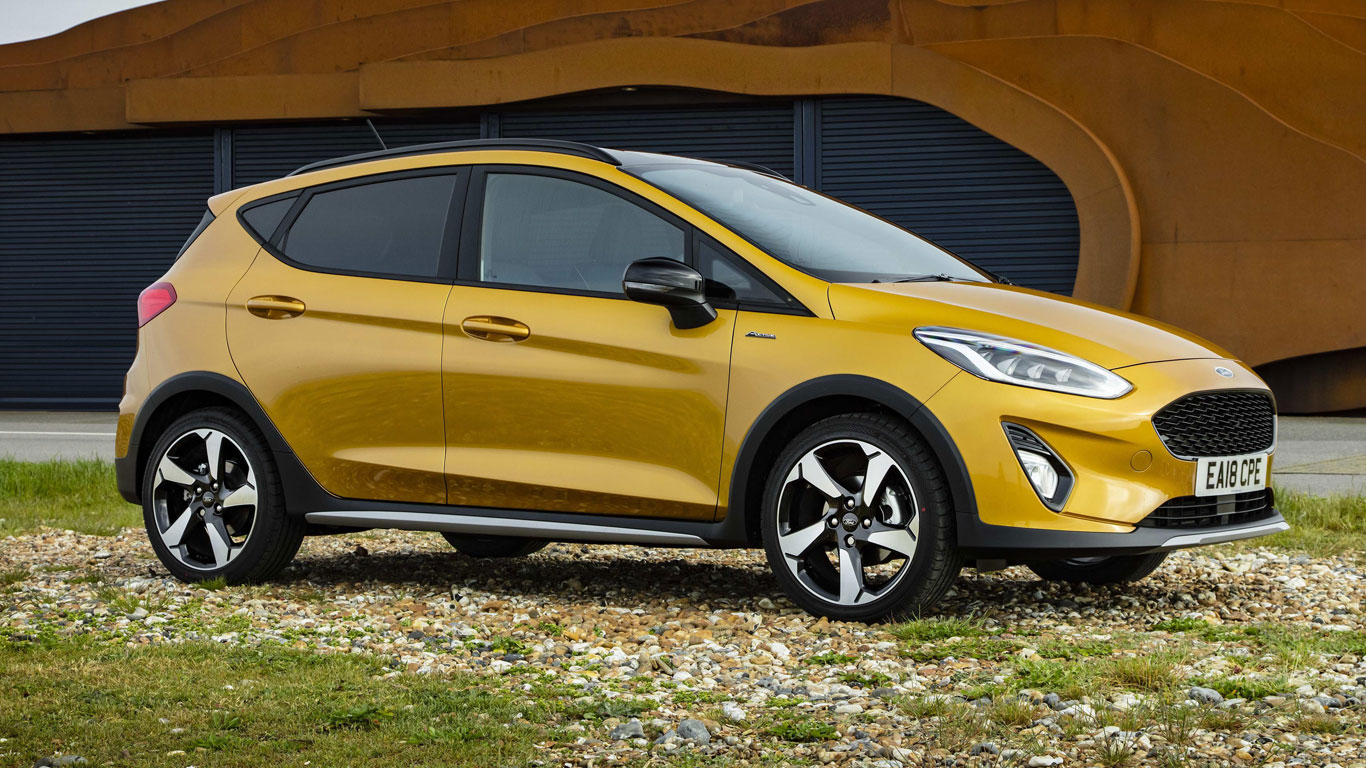 Tested in 2017, the Ford Fiesta was rated 87 percent for adult protection and 84 percent for child occupant protection. A score of 60 percent for driver assistance is less impressive, but lane departure warning and lane keeping assist are standard across the range. 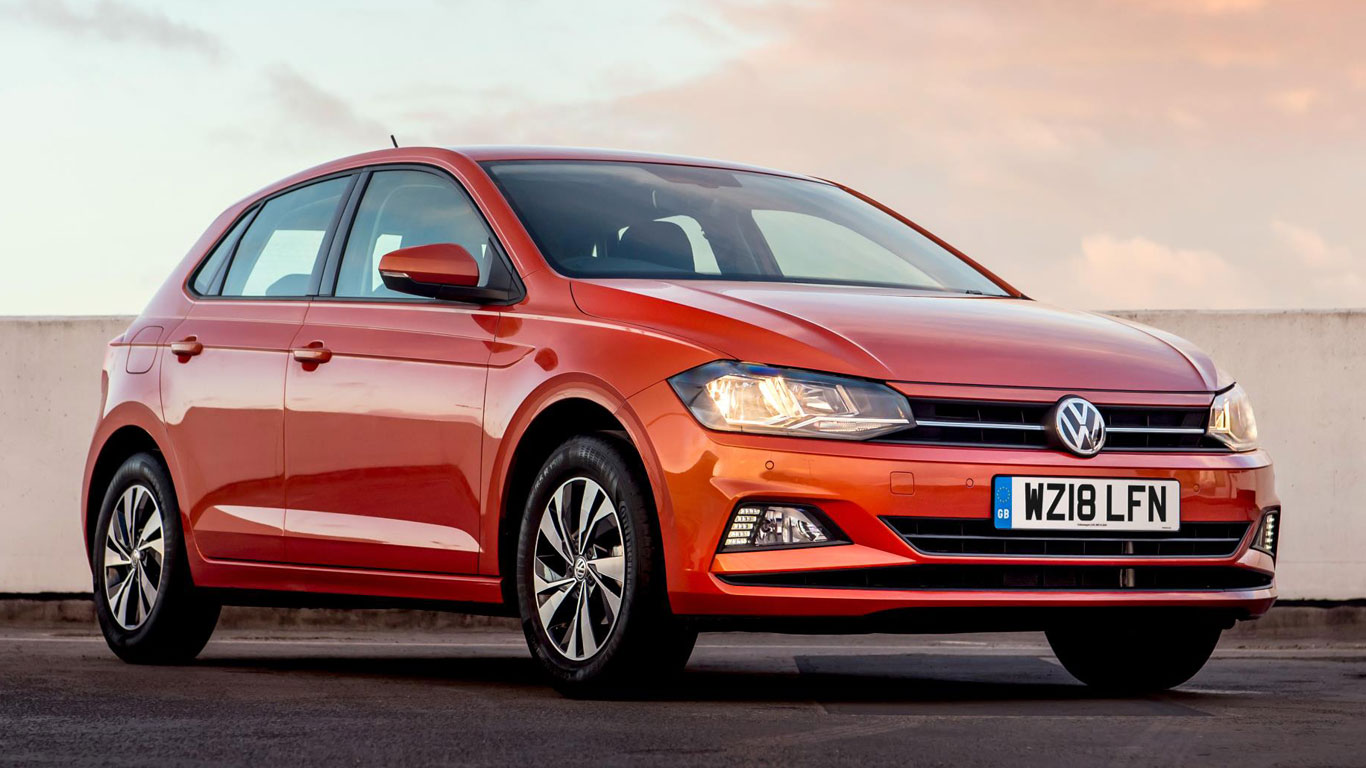 The Volkswagen Polo has a solid and dependable reputation to uphold, so a five-star Euro NCAP safety rating was almost guaranteed. A score of 96 percent for adult occupant protection is seriously impressive for a supermini – only the larger and more expensive Mitsubishi Eclipse Cross, Alfa Romeo Stelvio and Volvo XC60 scored higher in 2017.

All Polo models come with autonomous emergency braking, but other systems are optional. Prices start from £15,735. 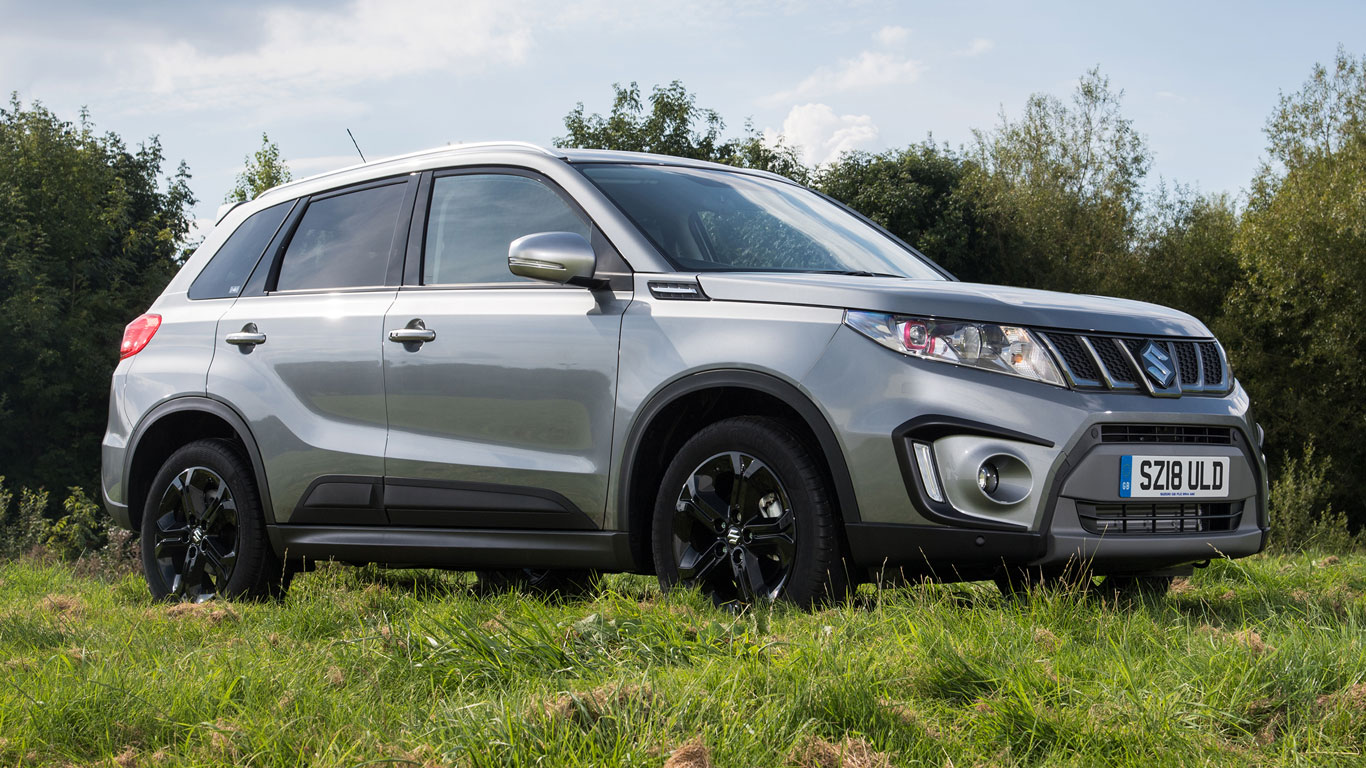 All of the above helps the Vitara make a strong case for itself in the competitive compact SUV market. 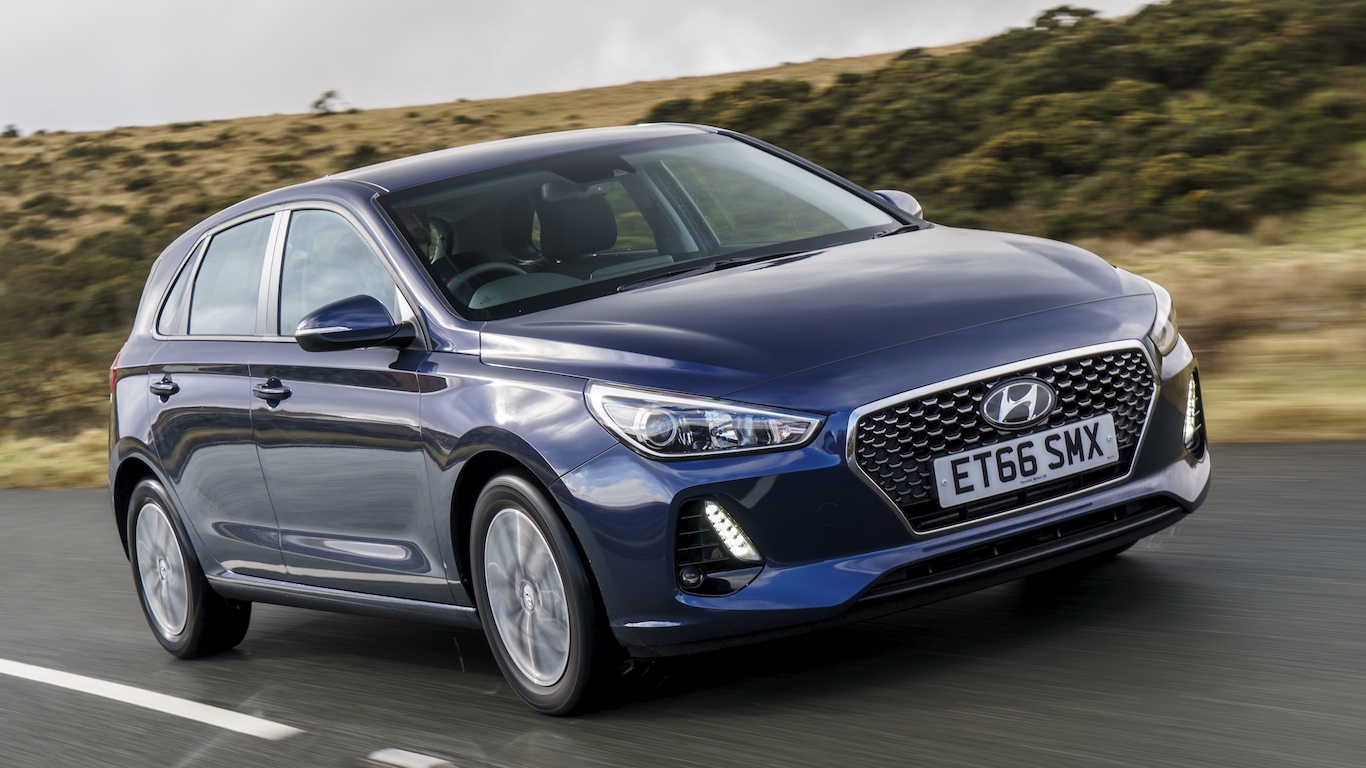 It should be no surprise that the latest Hyundai i30 comes packed with standard safety equipment. That includes autonomous emergency braking, lane departure warning, lane keeping assist, and a forward-facing camera that scans for potential collisions.

All of this kit comes as standard on even the cheapest S model, priced at £17,130. Euro NCAP was impressed, awarding the i30 five stars after testing it in 2017. 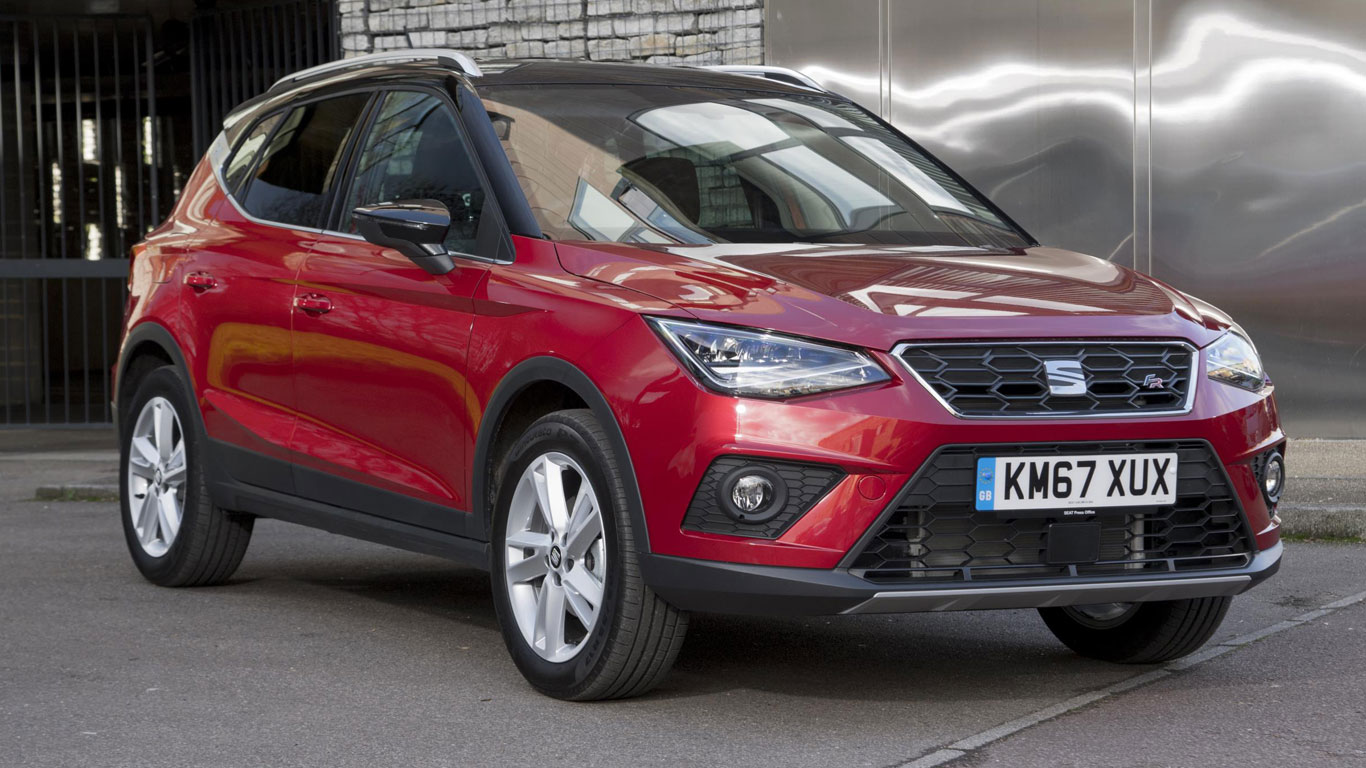 Another car tested in 2017, the Seat Arona delivered a better set of results than its platform-sharing sibling, the Ibiza. The 95 percent for adult occupant protection and 60 percent for driver assistance systems are the same for both cars, but the Arona’s 80 percent for child protection is three percent higher than the Ibiza’s score of 77 percent.

It’s a likeable compact SUV that’s big on space and surprisingly fun to drive. The Arona range kicks off at £17,150. 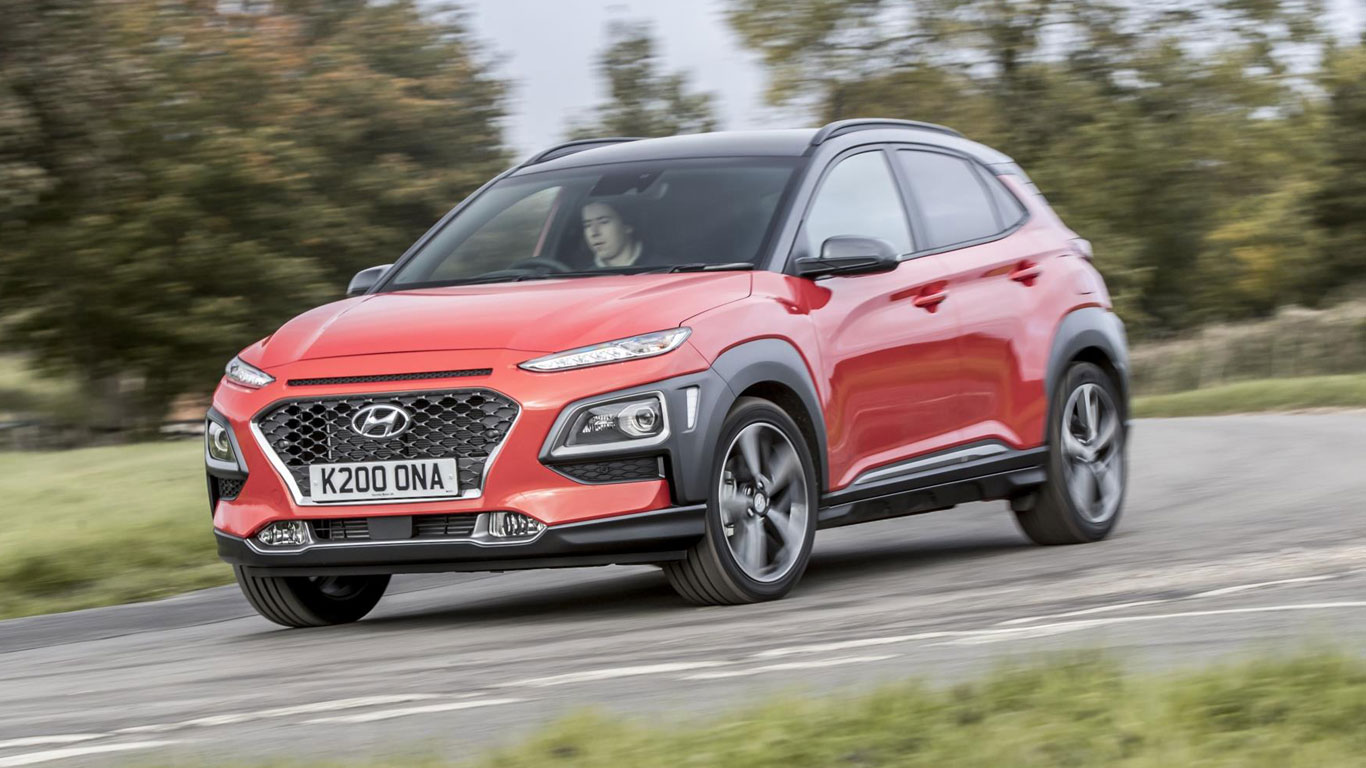 While the Seat Arona is based on a supermini, the Hyundai Kona was built from the ground up as a compact SUV. Autonomous emergency braking is optional on trims up to and including Premium SE, and standard on Premium GT.

Blind-spot detection is standard on Premium SE and Premium GT trims, while rear-cross traffic alert is fitted on Premium SE trims and above. All Kona models get driver attention alert and downhill brake control. Kona prices start from £17,305. 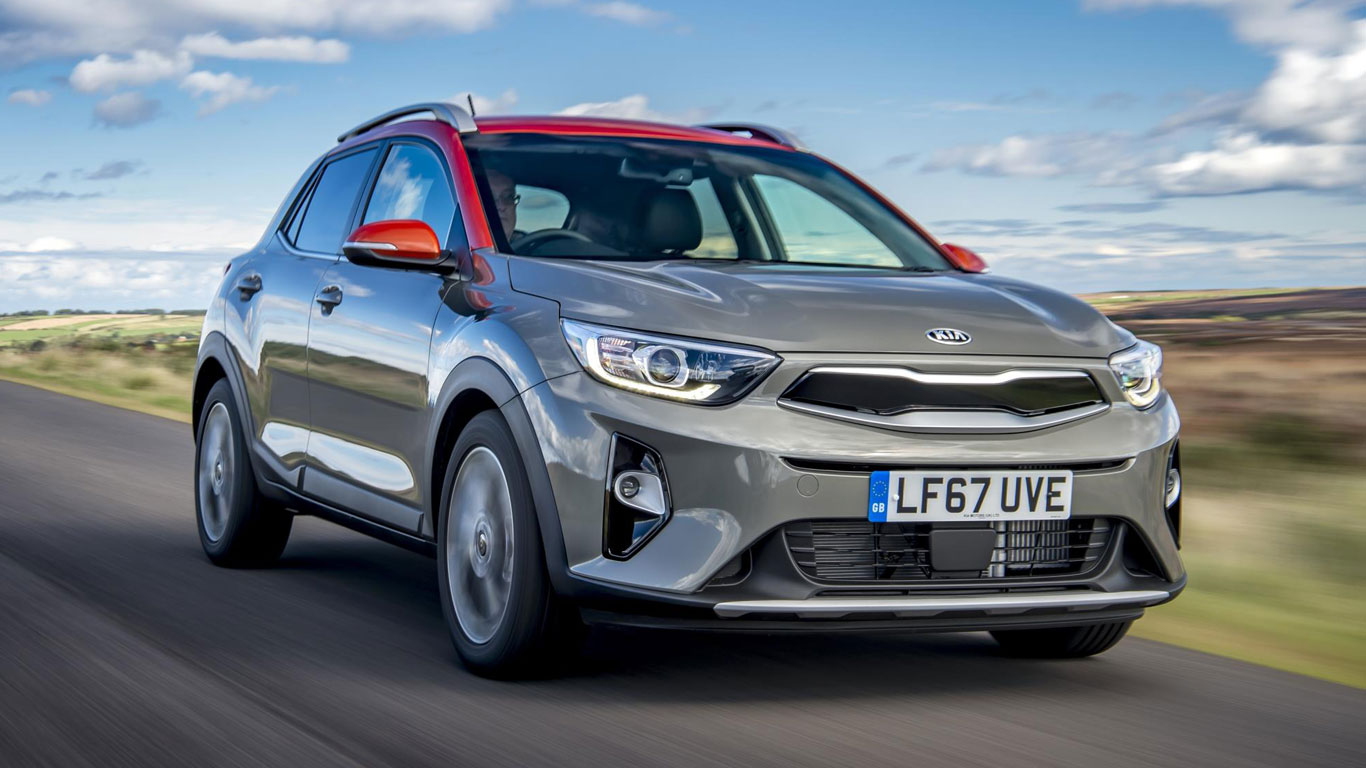 In standard form, the Kia Stonic was awarded a three-star safety rating, but add the Advanced Driving Assistance Pack (ADAP) to the mix, and the Stonic earns the full five stars. The pack costs £400 on the Stonic ‘2’, but is standard on the ‘3’ and ‘4’. Prices start from £16,815 (without the pack). 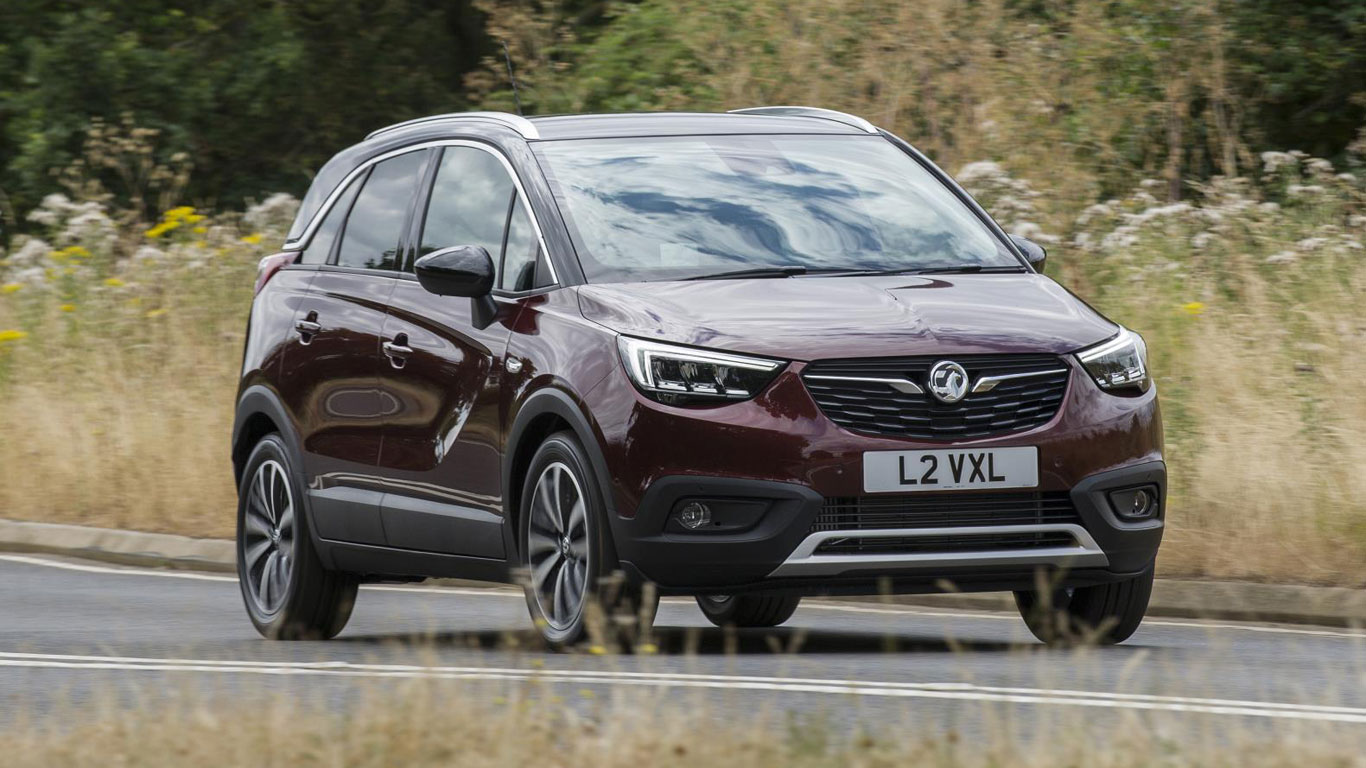 The Vauxhall Crossland X is based on the Peugeot 2008, a car that was awarded a five-star Euro NCAP safety rating back in 2013. Four years later, the Vauxhall achieved the same rating – a good result considering the test gets harder every year. All models come with lane-departure warning, traffic-sign recognition and cruise control, with prices starting from £17,715. 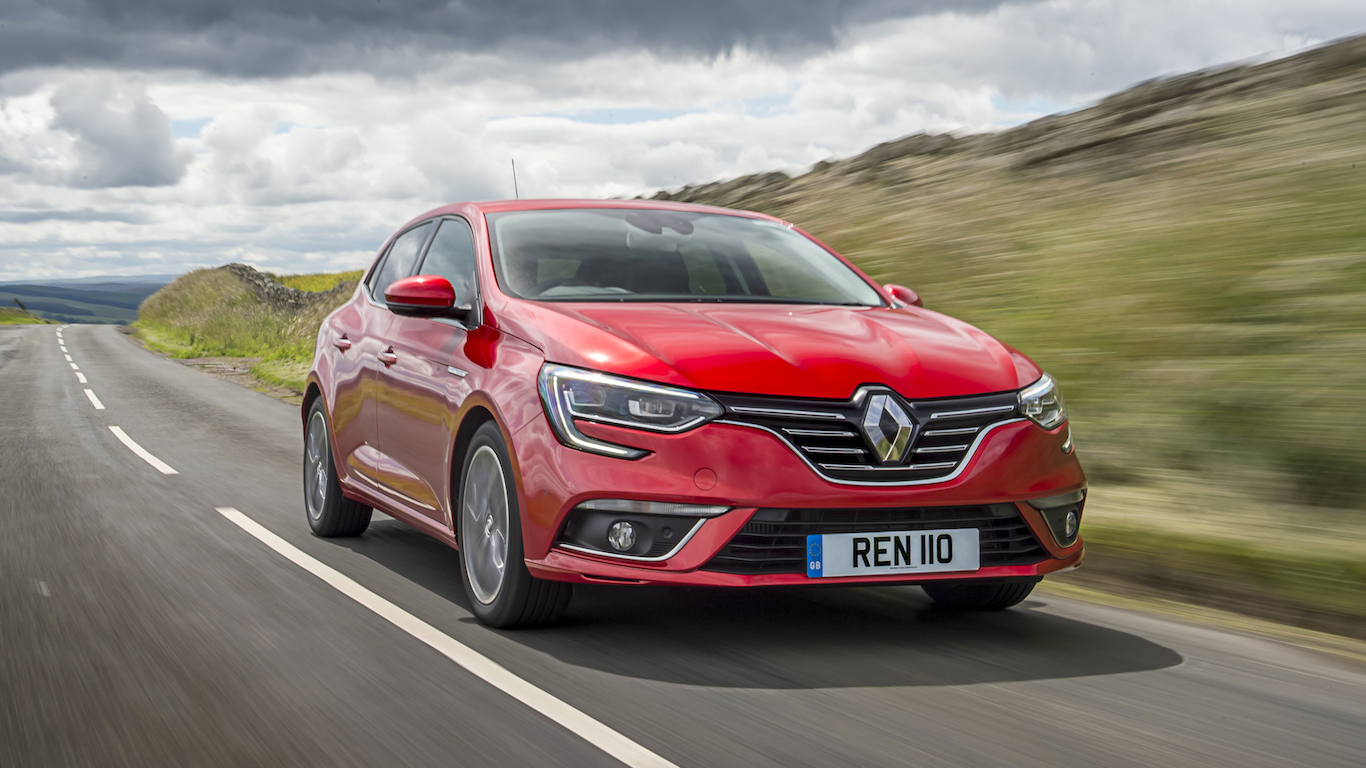 Another Renault, another five-star safety rating from Euro NCAP. Tested in 2015, the Megane made sure the reputation of the French brand was upheld, scoring a very respectable 88 percent for adult occupant safety. Even pedestrian safety was rated well at 71 percent, although try to avoid the hard A-pillars if you have the misfortune of being hit by a Megane. 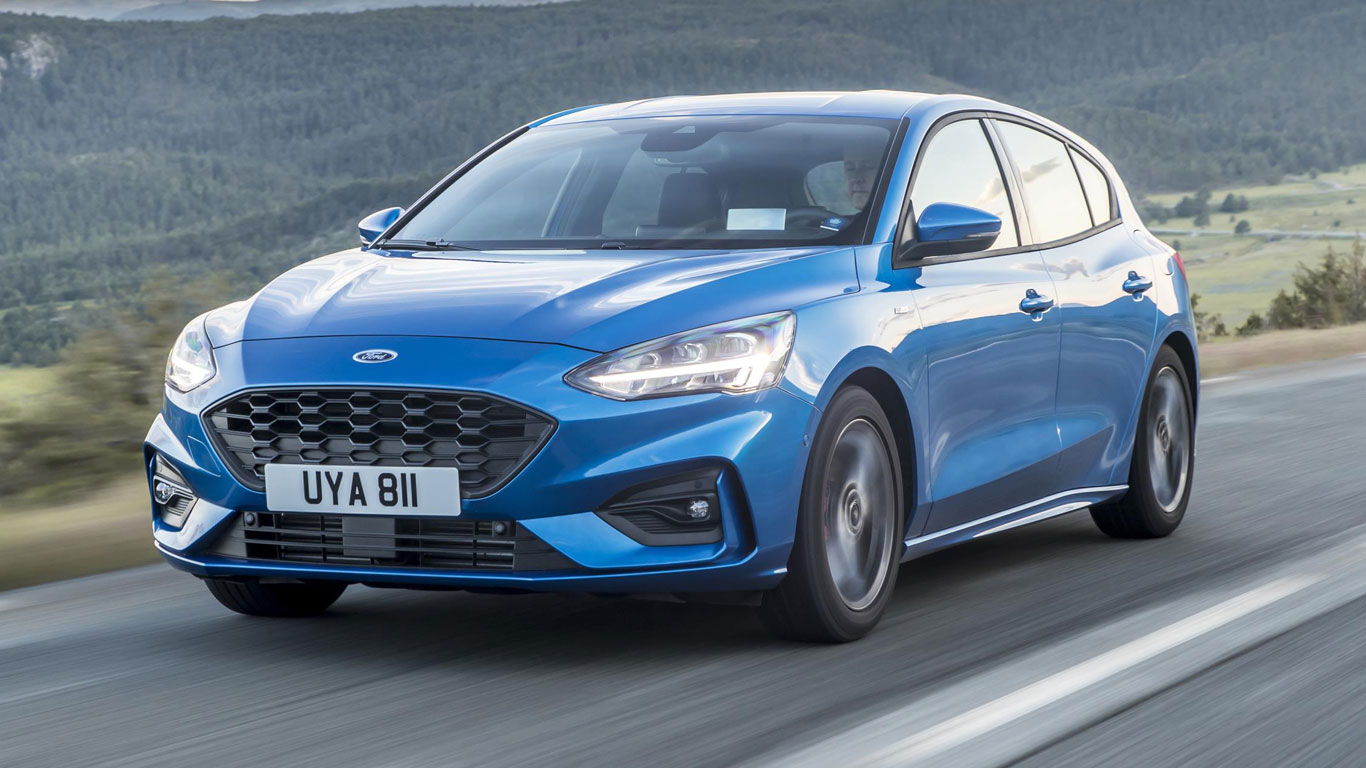 Tested in 2018, the new Ford Focus delivered a solid set of results, scoring no lower than 72 percent in any of the four categories. Parents will like the fact that it scored 87 percent for child occupant safety – two percent more than the adult occupant score.

The Focus features three radars, two cameras and 12 ultrasonic sensors – more than any other Ford in history. The range kicks off with the £18,305 Style, but you can now order a crossover-like Focus Active. 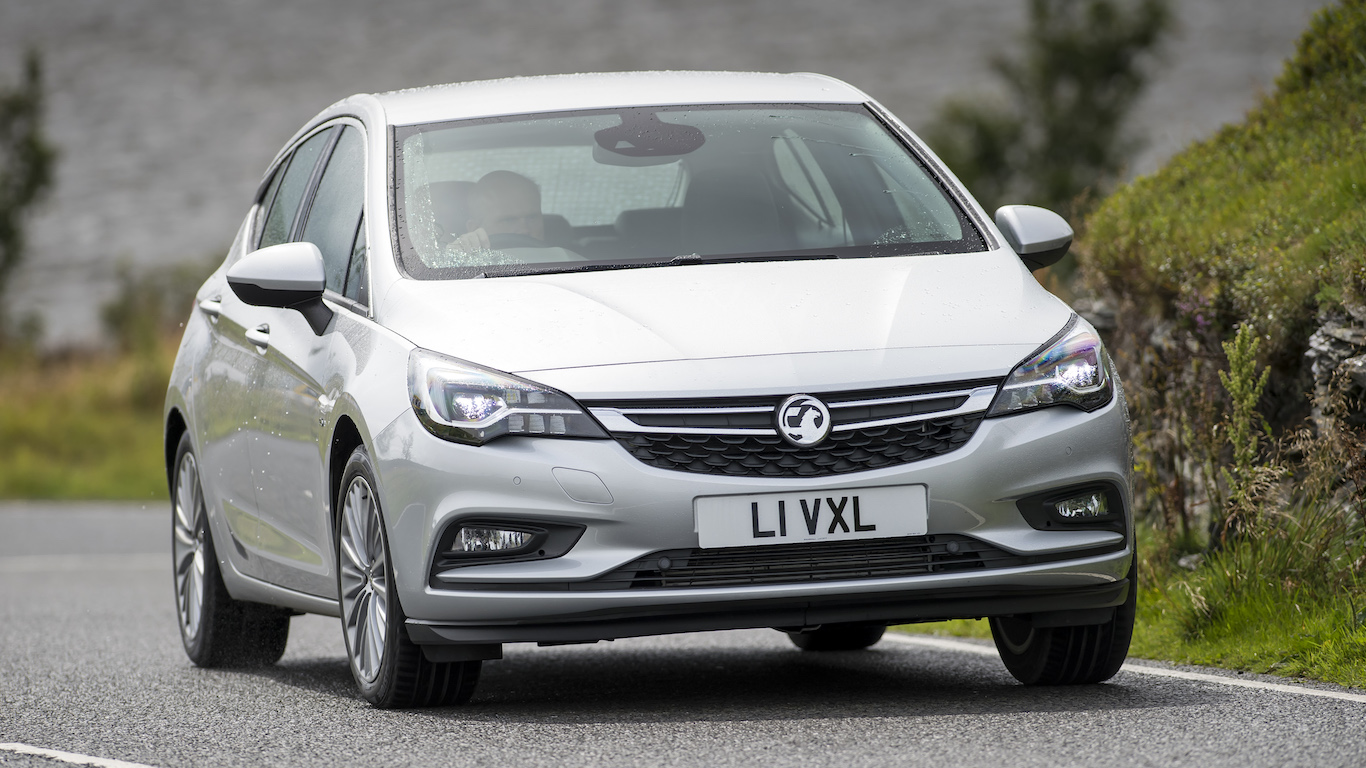 Built in Britain, and a favourite of police forces throughout the land, the Astra undercuts many C-segment hatchback rivals, with prices from £18,905.

It also picked up the award for European Car of the Year for 2016, and was tested by Euro NCAP in 2015 where it was awarded all five stars. The assessors noted particularly good performance in side impact testing, despite a rear door coming open unexpectedly. 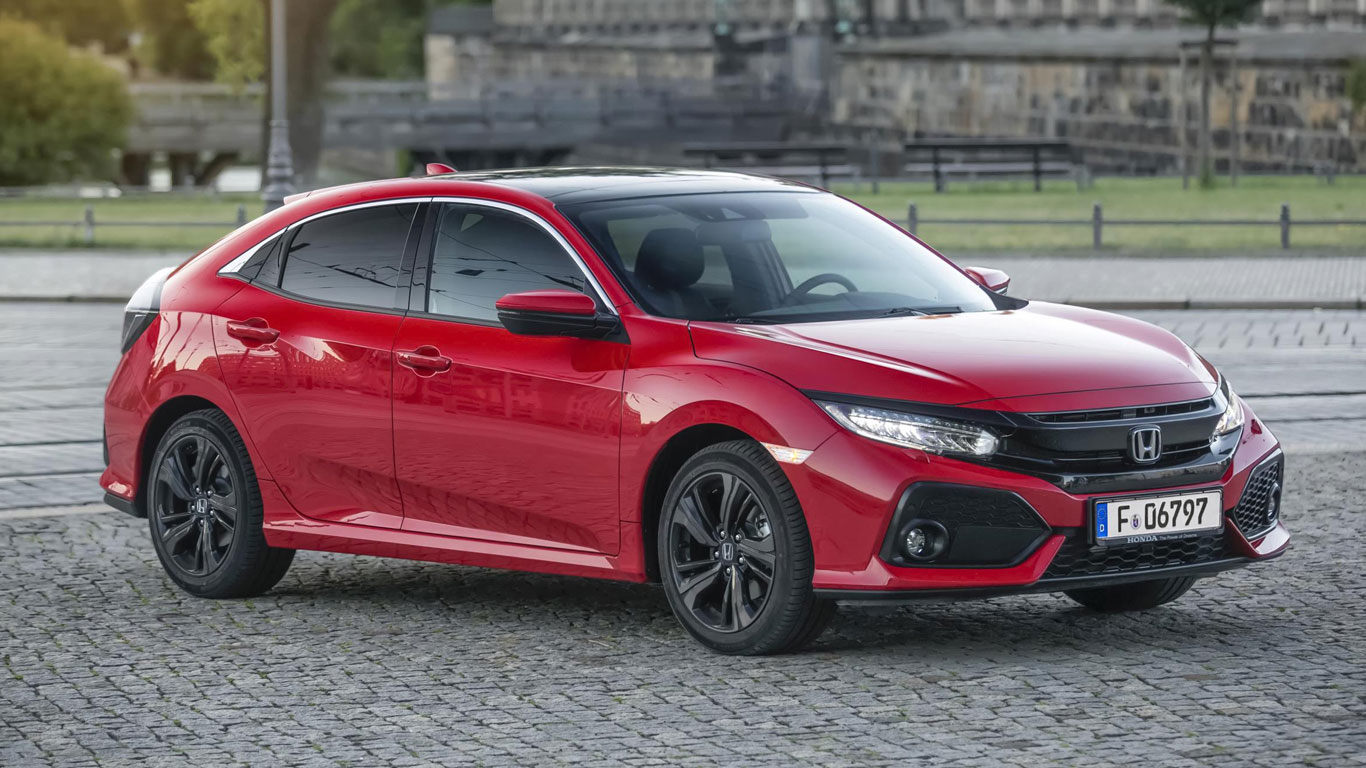 The Honda Civic received a four-star rating when it was tested in 2017, but the car was retested later that year following a curtain airbag deployment issue.

With Honda fixing the problem, the Civic was awarded a five-star rating by the safety experts. Euro NCAP said: “Honda has introduced a modified side curtain airbag to lessen the impact of head bottoming out, seen in the previous assessment, of the head of 10-year child dummy in the side barrier test. Honda is working to further develop the side curtain airbag to improve performance in this area.”

The electric Volvo XC40 will have a 30-litre ‘frunk’

The electric XC40 is Volvo's first battery-powered vehicle. Ahead of its launch on 16 October 2019, Volvo has revealed new information about the latest EV.
Read more