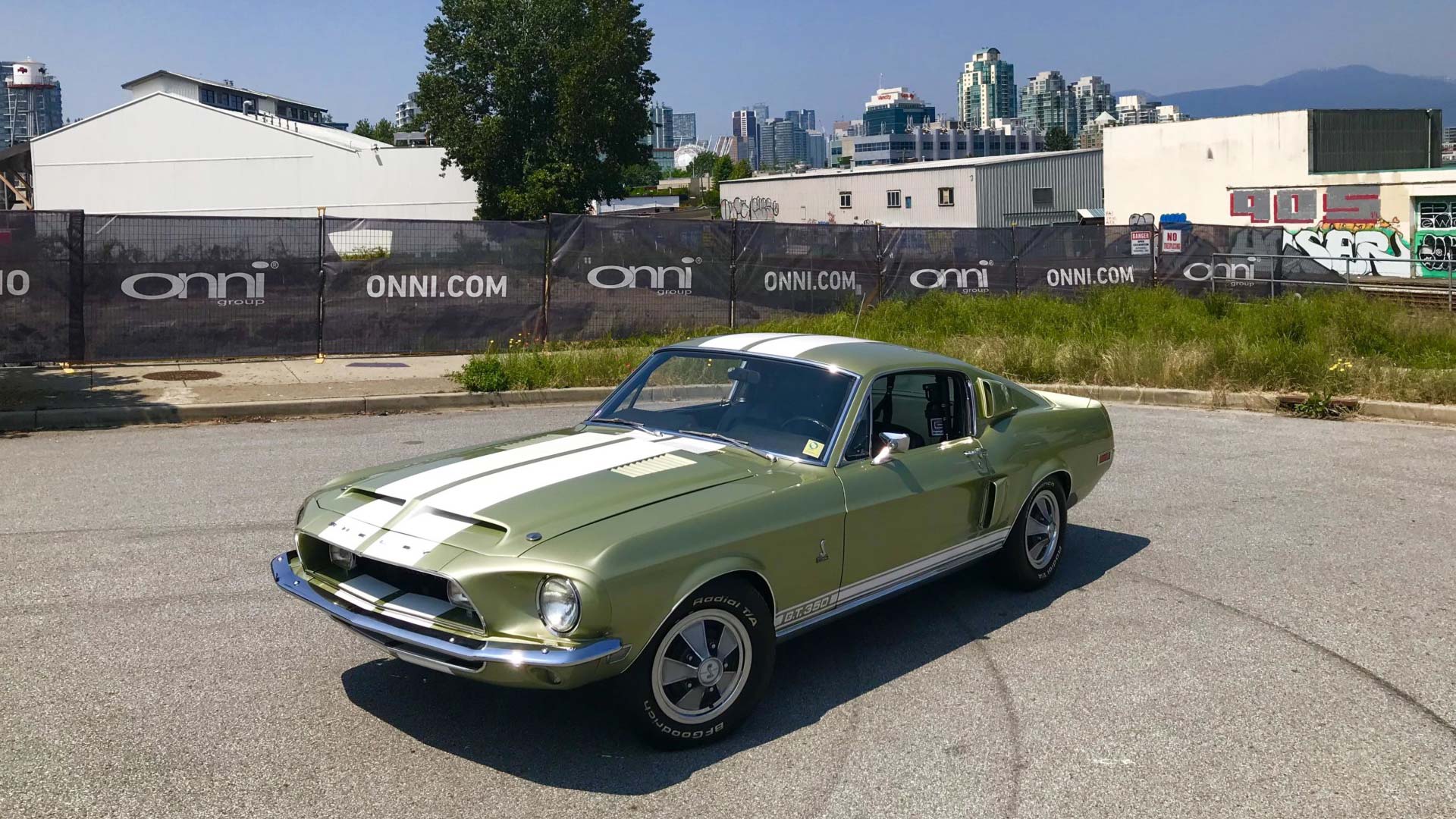 A Shelby Mustang never goes out of fashion when it comes to collector cars, and this 1968 GT350 Fastback example looks set to achieve a high price.

Maybe it is the retro-tastic Lime Gold paintwork, or perhaps it could be the intensive restoration this car has received after almost 50 years in storage, that is generating the bids. 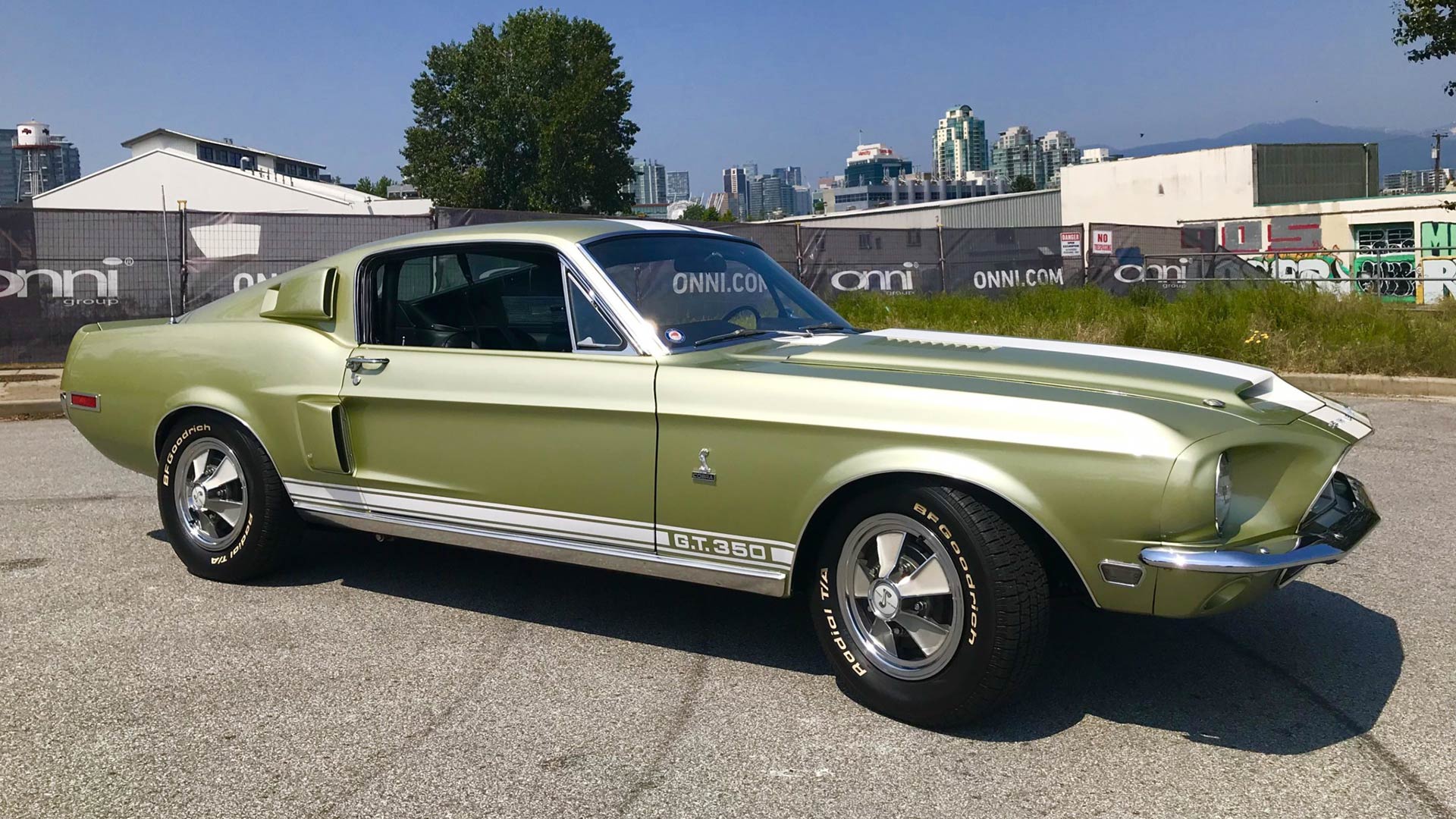 The 1968 model year was a significant one in the Shelby Mustang story. Whilst the cars remained similar to the ones from ‘67, big changes happened in the way there were built.

Ford needed Shelby to produce more cars, meaning final production of Shelby models shifted from Los Angeles to Ionia, Michigan. To some, the standardization took away some of the Shelby experience, but did allow over 4,400 cars to be built.

Ordered from Northwestern Motor Car Co in Milwaukee, Wisconsin, this particular Shelby was built in November 1967. According to the seller, the car was placed in storage in 1969, and remained untouched until 2016. 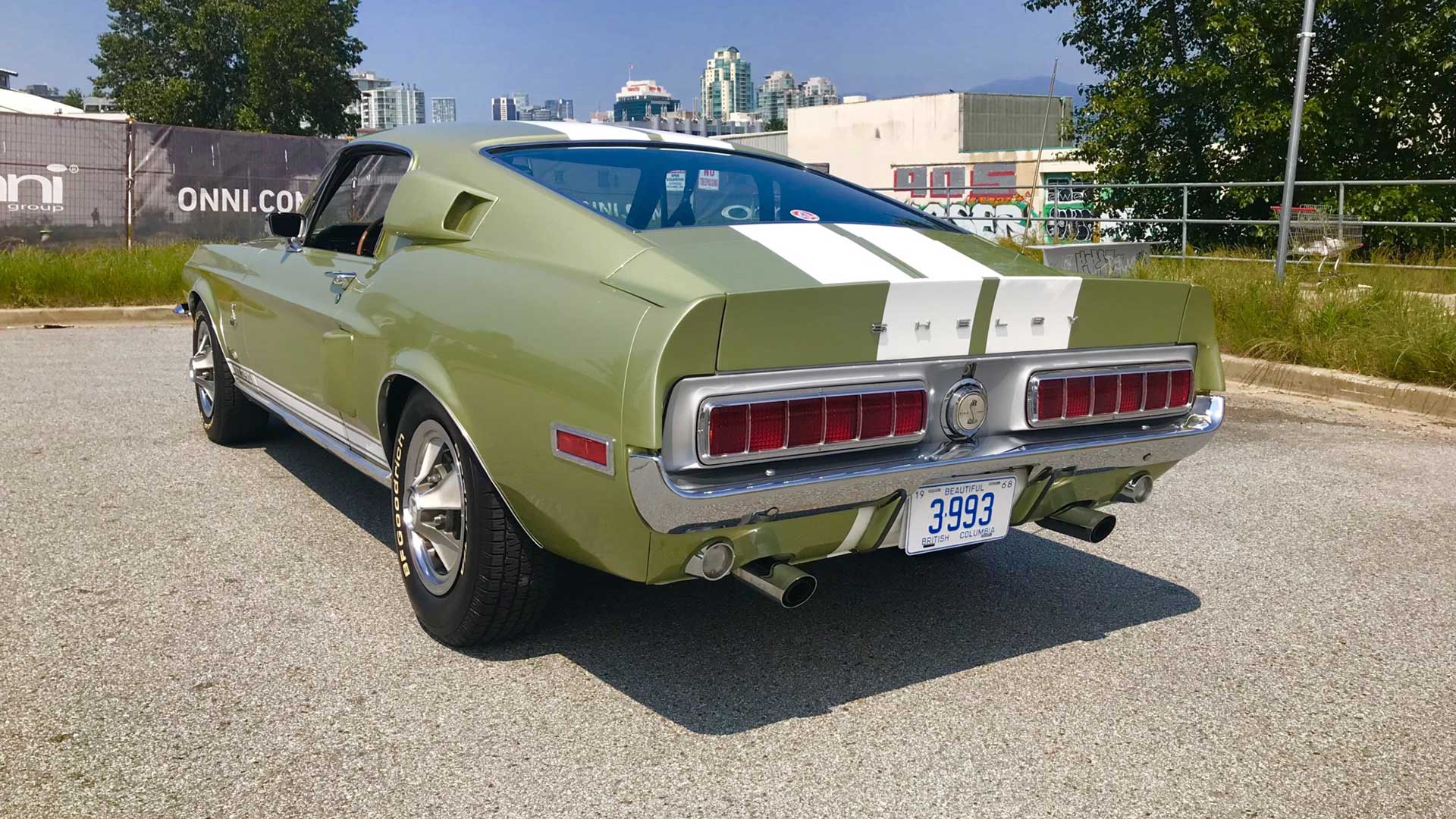 A report from classic Ford specialists Marti Auto Works is provided, and shows that this car was ordered with a four-speed manual transmission, black vinyl front seats and a Speed Deck rear bench.

The engine in this GT350 was rebuilt during the restoration process, and has also recently gained a new clutch, rebuilt carburetor, and other maintenance parts. 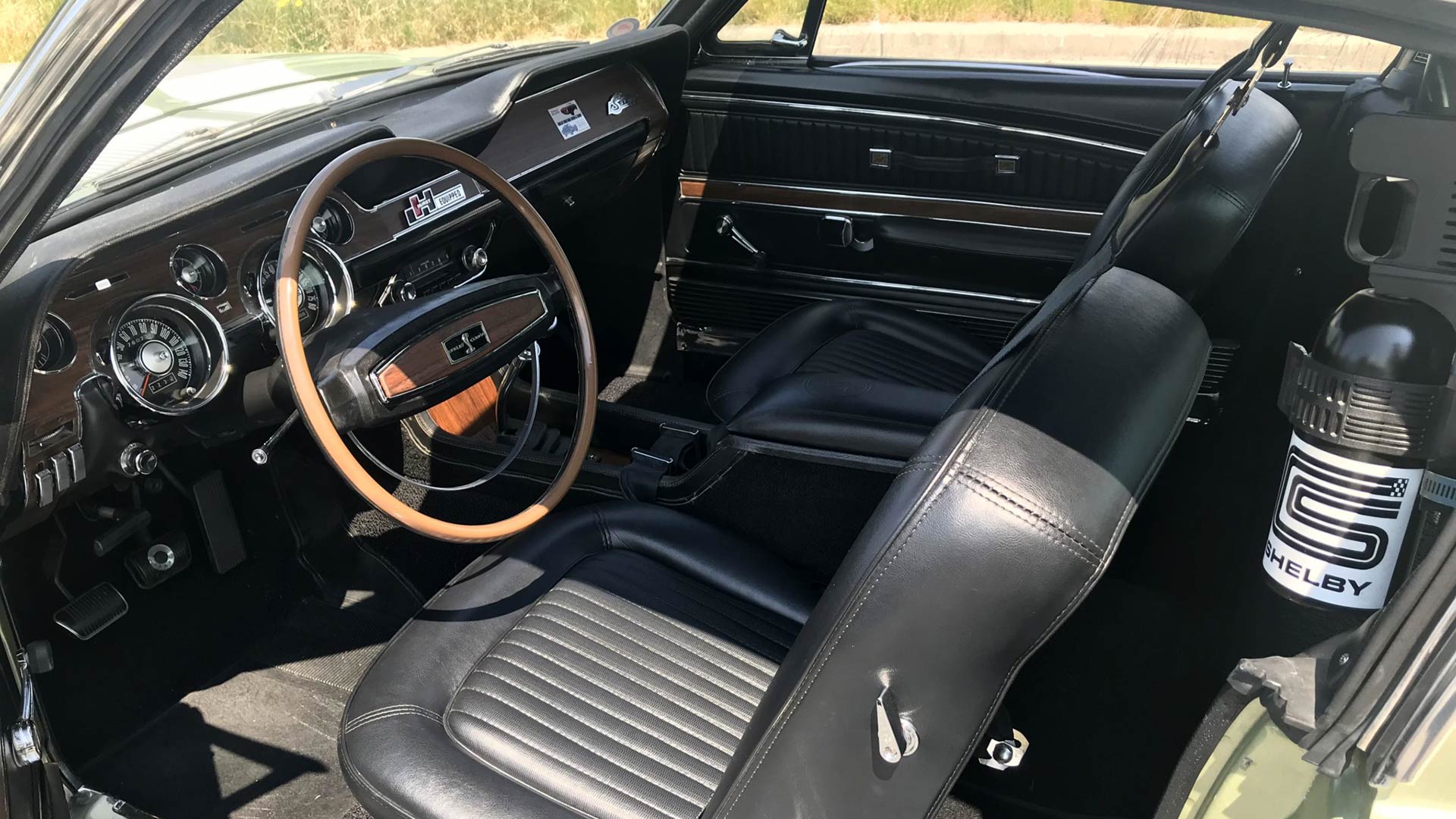 Stripped back to bare metal during the refurbishment, Le Mans stripes and GT350 graphics were also reinstated for the full Shelby look. The distinctive Shelby Cobra hubcaps for the 15-inch wheels are original.

Currently registered in Vancouver, British Columbia, this car has been owned by the current seller since 2018.

Supplied with the car are bundles of service records, detailed photographs of the restoration process being undertaken, and even a scale model of the GT350 itself. 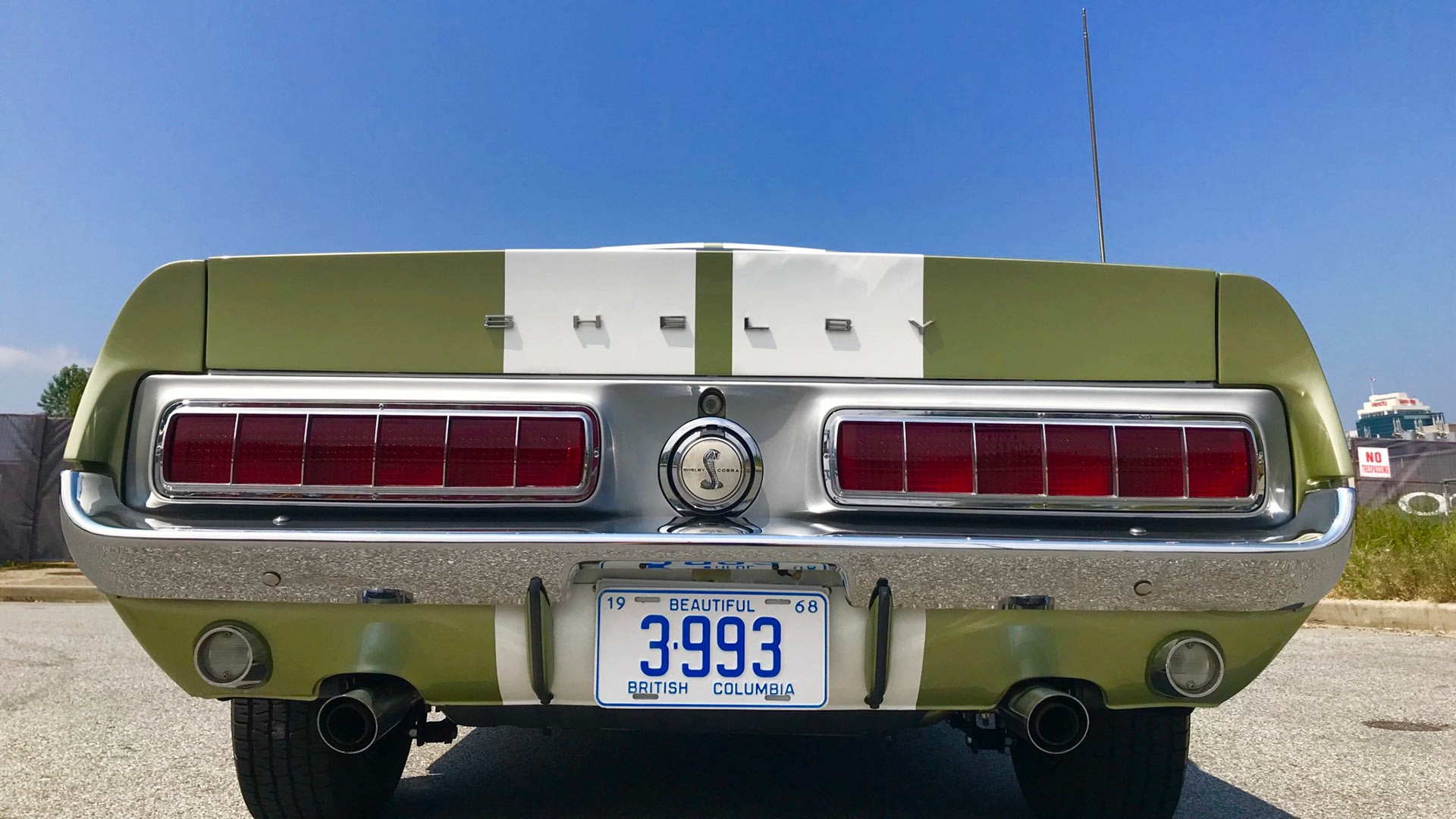 Bidding for this distinctive collectible Shelby ends on Friday June 14th, meaning you have plenty of time to start making room in the garage.

Although given the efforts put into restoring this car, it would be a shame to leave it stationary in a collection.

Instead, we hope the lucky buyer gets out on the road and uses this GT350 like Carroll Shelby would have wanted!