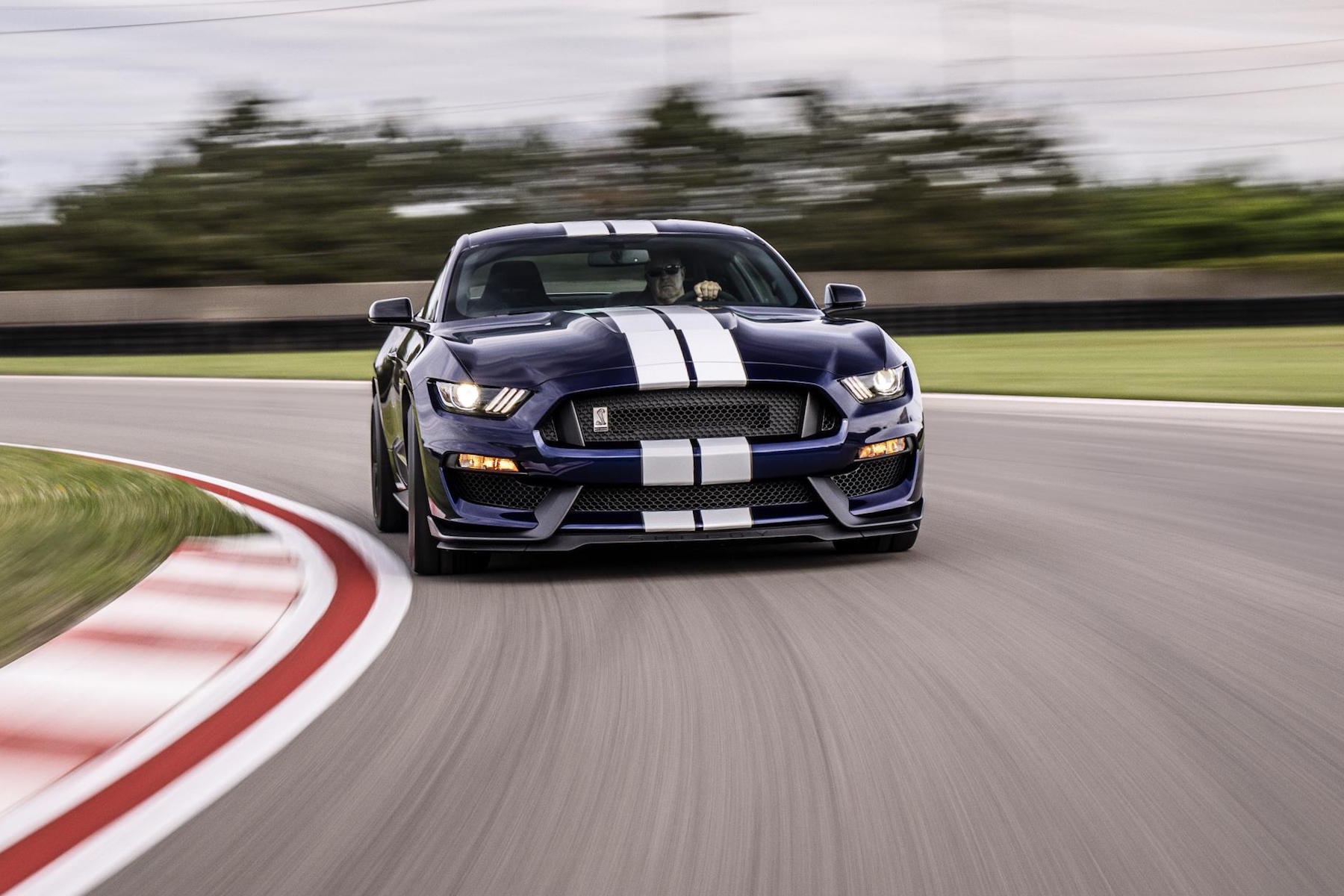 Following on from the revised regular Mustang, Ford has revealed the even higher-performance version wearing the famous Shelby badge.

Despite the American muscle car arms race seeing engine outputs increase ever higher, Ford has resisted entering into the horsepower contest with the GT350. This Shelby is all about maximising ability on the race track. Plus, the Blue Oval is already working on a GT500 version which should deliver the big power numbers.

Ford has made use of the current Mustang in a variety of sports car championships, including creating a bespoke GT4 version of the Shelby. This has helped the company learn how to improve the road-going version. Ford has worked with World Endurance Championship driver Billy Johnson to refine the GT350. 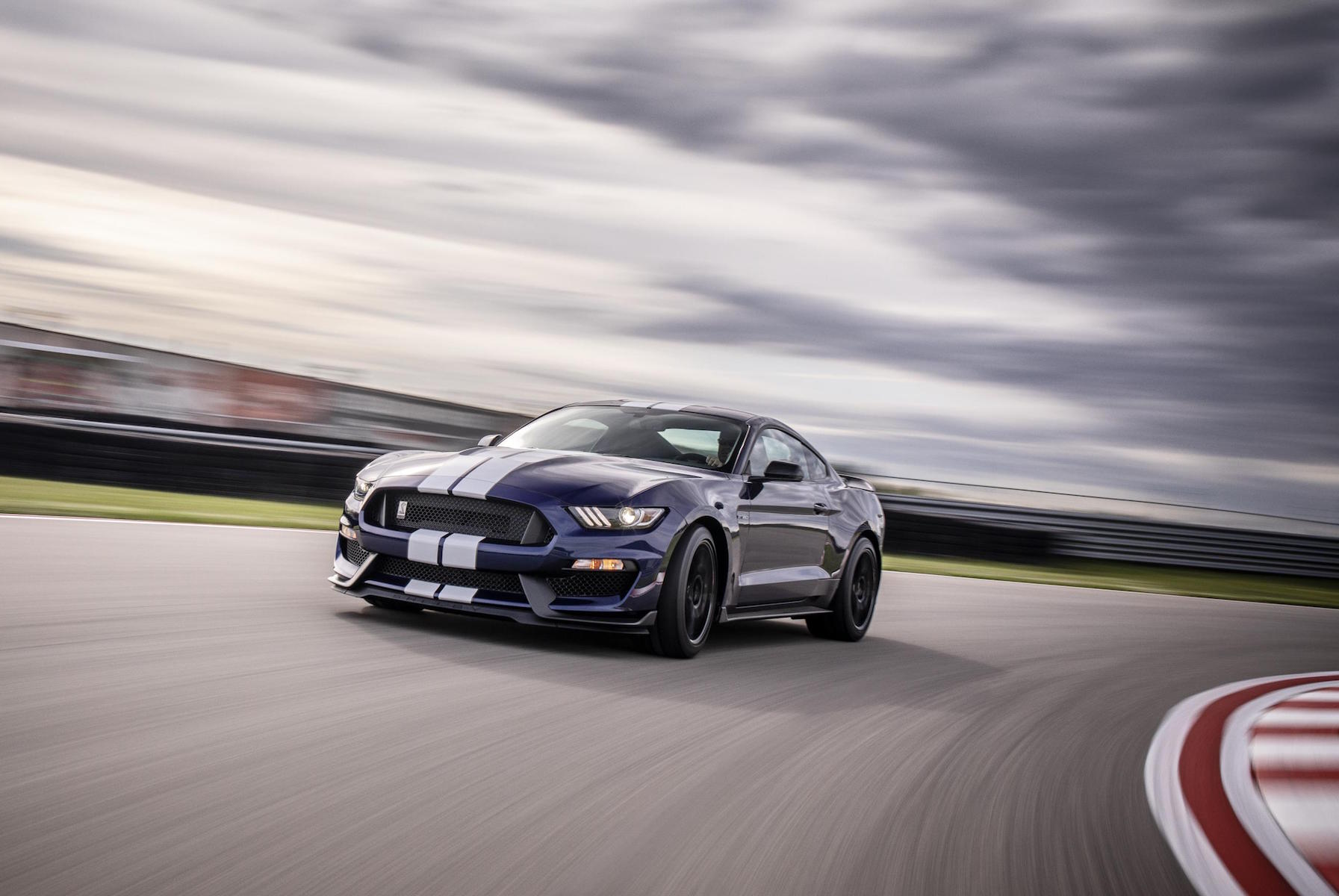 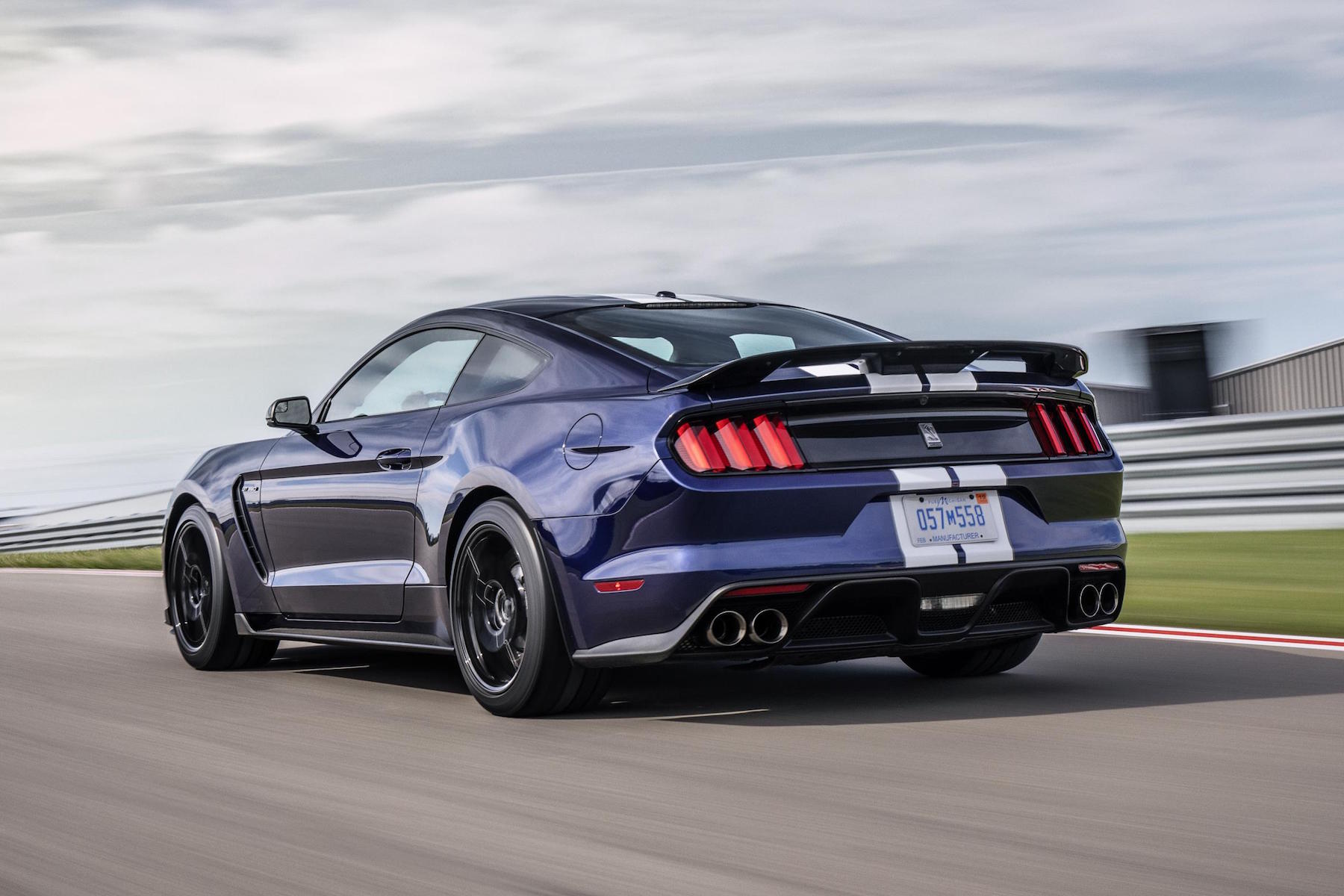 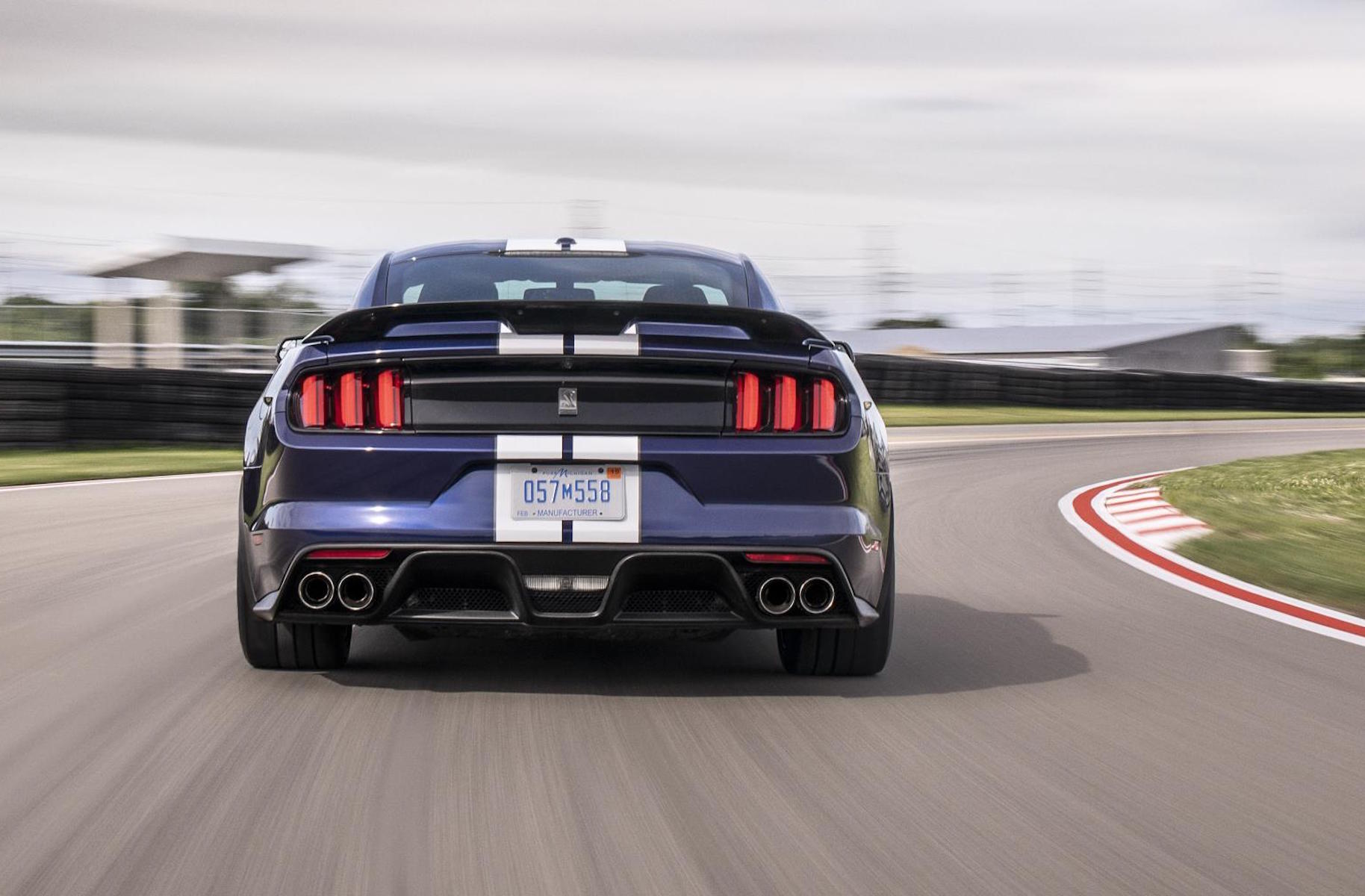 Aerodynamic performance has been the focus of attention. Ford has subjected the Shelby GT350 to countless hours of wind tunnel testing. The result is a revised rear spoiler, with an additional optional Gurney flap, helping deliver more downforce to stick the Shelby to the track.

Substantial Brembo brakes with six-piston calipers at the front, and four-piston calipers at the rear, have been tuned to improve stopping power. On-track testing has helped improve brake balance, and also sees tweaks to the stability control system. Recalibrated settings for the suspension springs and dampers are also part of the package. 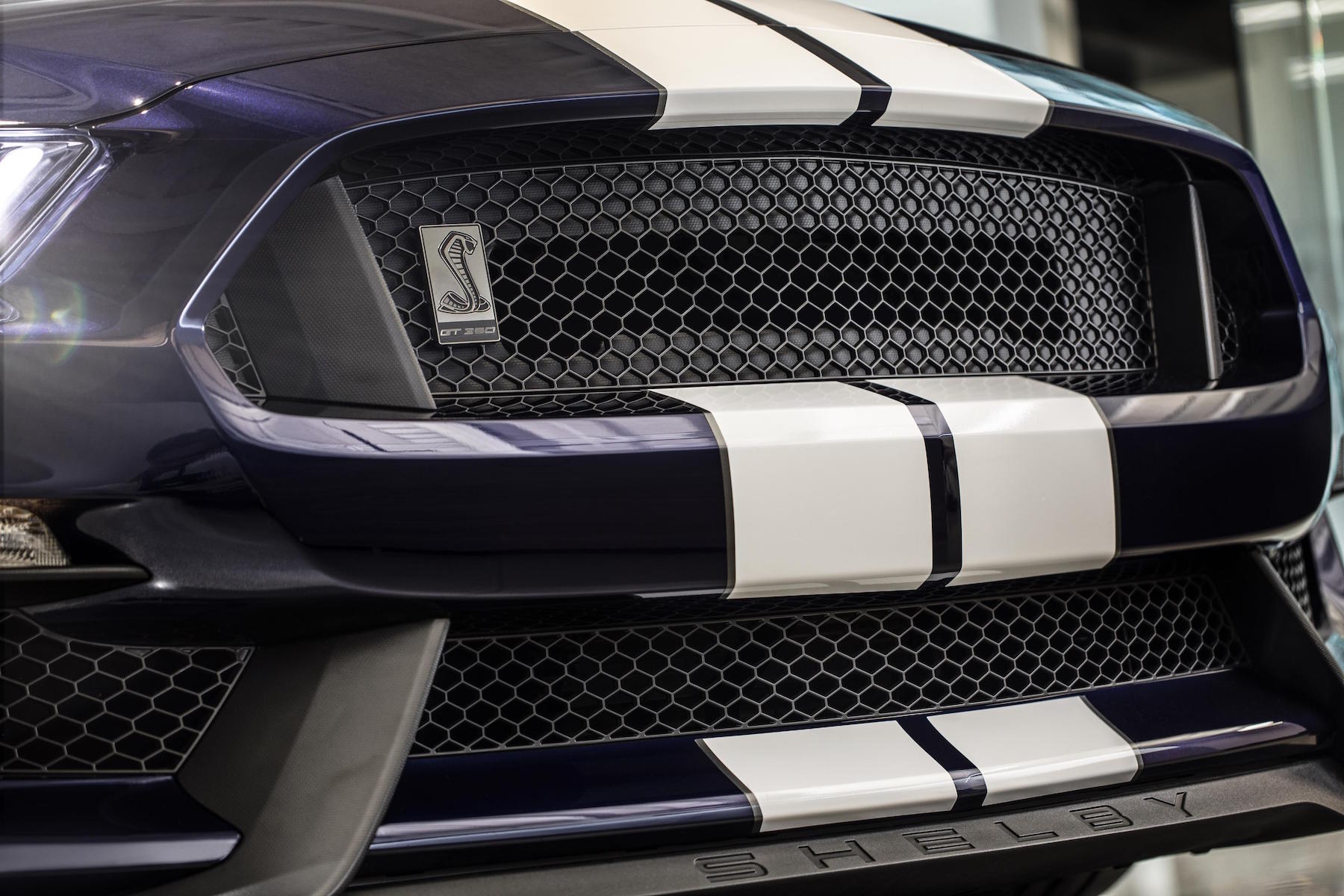 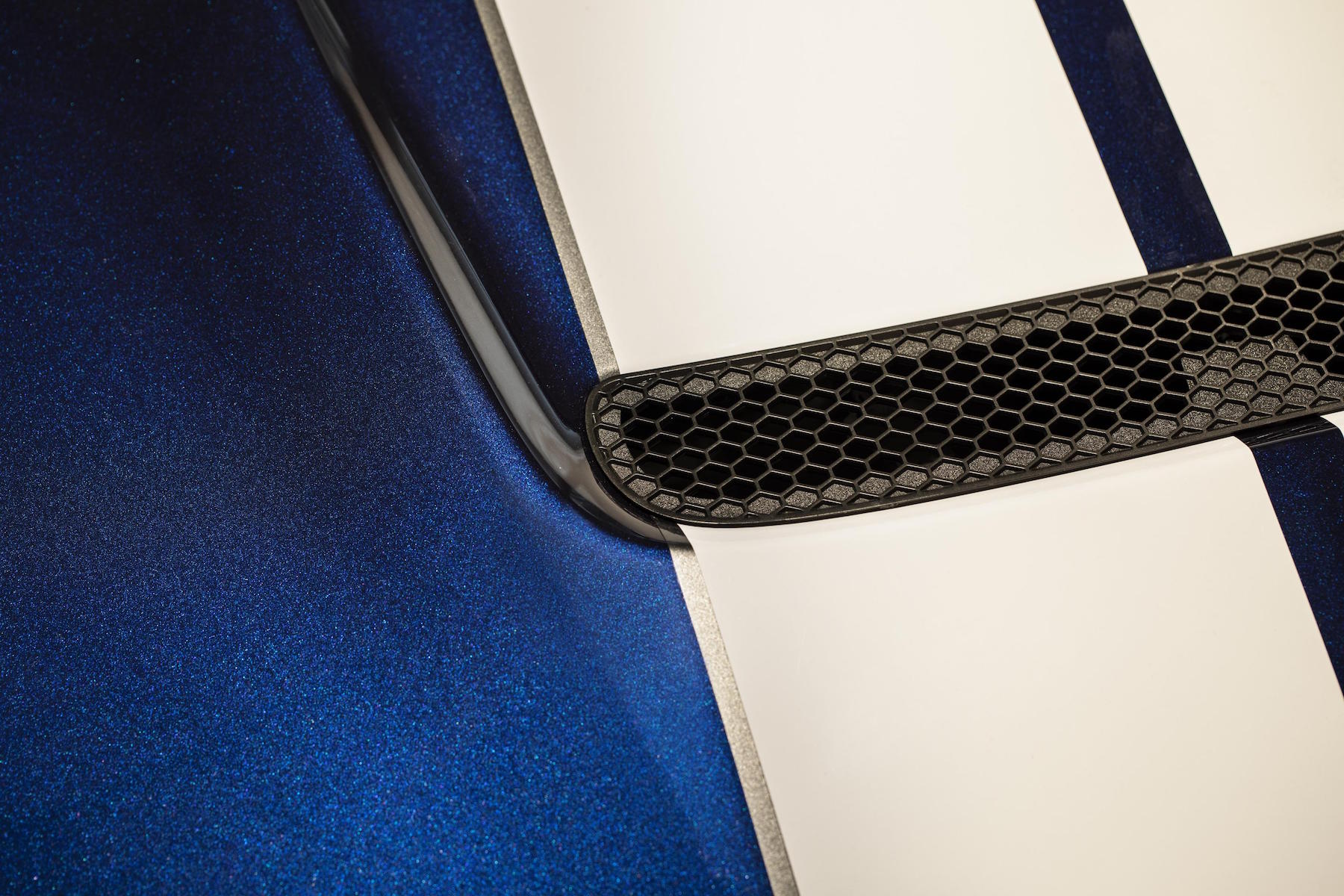 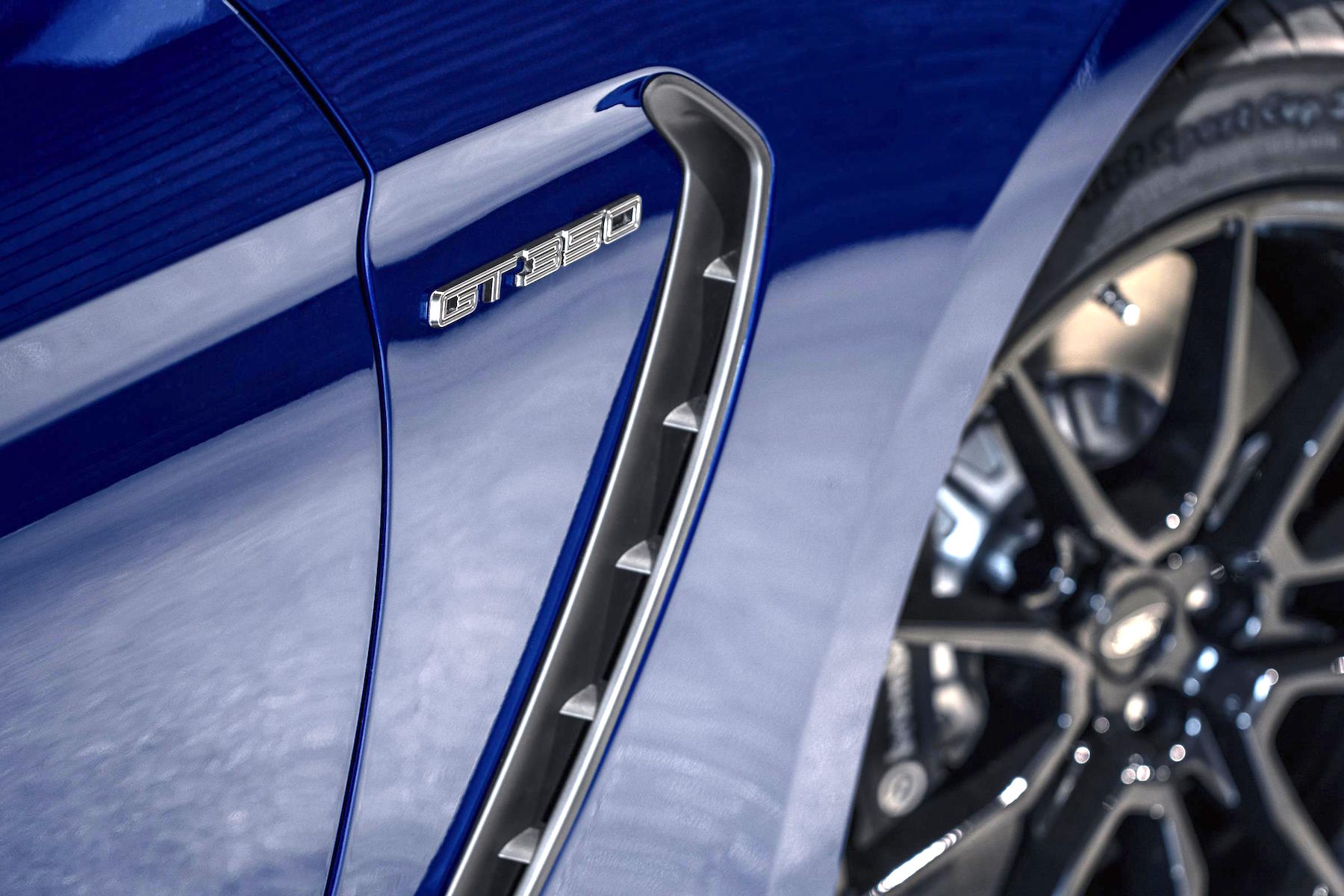 With a revised interior featuring new carbon fibre trim, and a wider range of colours for the exterior, the 5.2-litre engine is about the only part of the GT350 left untouched. Still, an output of 526hp and 429lb-ft of torque are hardly figures to complain about.

Despite the current generation Mustang being produced in right-hand-drive, and sold here in the UK, Ford has made no mention of the Shelby GT350 making the journey across the Atlantic. American buyers will be able to get their hands on the new car from early 2019.