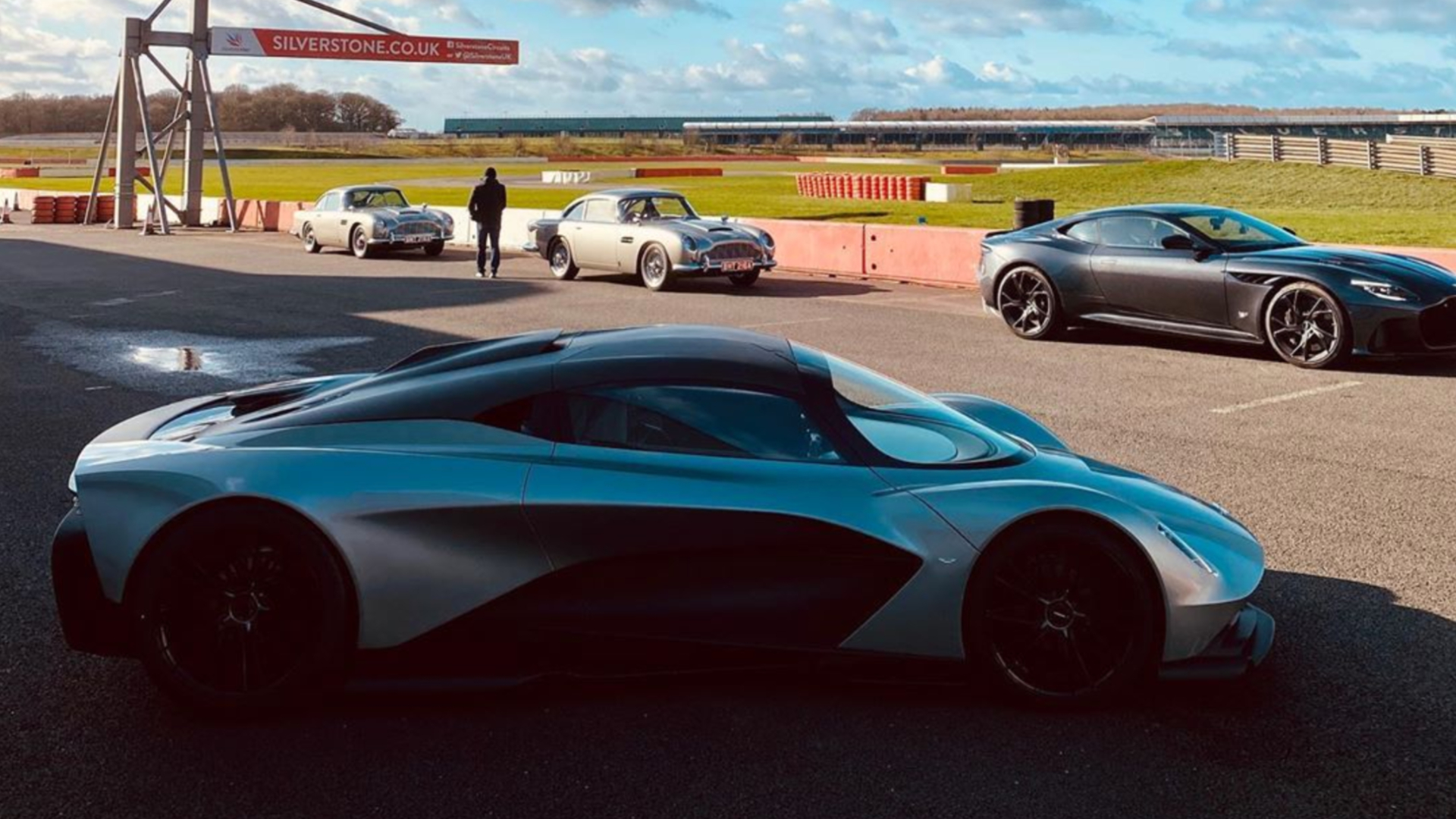 With two months to go until No Time To Die hits cinemas, we’ve got our first look at James Bond’s flagship ride.

Blowing the DB10 of Spectre into the weeds is the Aston Martin Valhalla, with a hybrid twin-turbo V6 mounted in the middle and Valkyrie-influenced aerodynamics. This is 007’s first hypercar.

‘Bring it back in one piece‘ 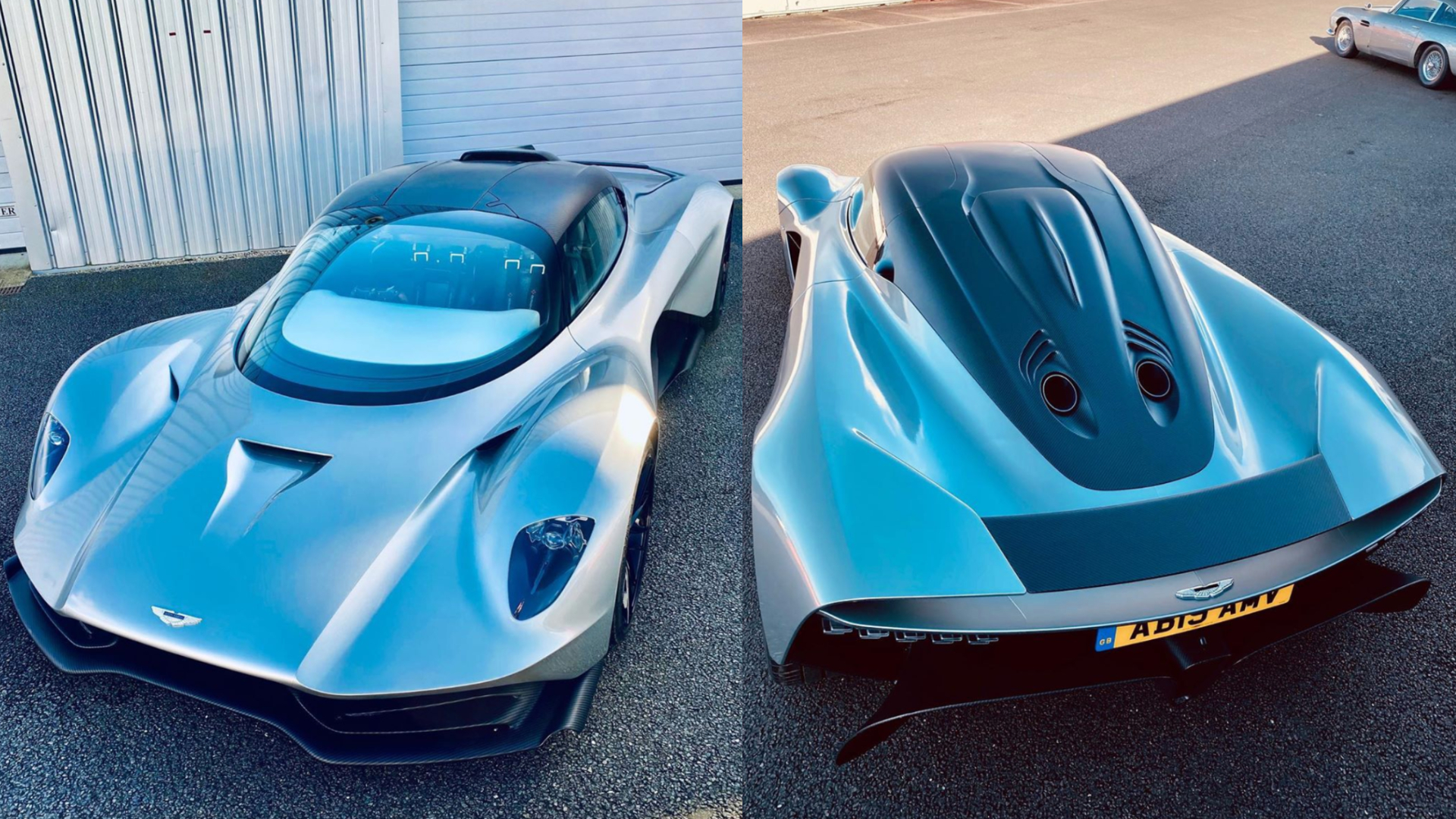 The tease came courtesy of Aston Martin director of design Miles Nurnberger, who posted pictures of the Valhalla on his Instagram at an event at Silverstone. How do we know this is the Bond car? Well, the first clue for us was the company it was keeping.

Joining it at the circuit, as pictured on Nurnberger’s Instagram, were the DB5 – complete with Bond-specific plate – the classic DBS V8, and the new DBS Superleggera, as driven by the ‘new 007’ played by Lashana Lynch. Of the group, the Valhalla is the only car not seen in the movie trailer.

Secondly, Nurnberger’s captions weren’t exactly subtle. “Straight from the movie set… 007”, and “Bring it back in one piece…” require little decryption or detective work.

Nurnburger also revealed that he got to drive “one of the DB5s from No Time To Die”, so there’s a definite Bond flavour to this event.

The only question that remains is what will the villains be driving, if Bond has a multi-million-pound prototype hypercar? Not even the Jaguar C-X75 from Spectre could hang with the Valhalla, we suspect. Plus, the Jag is a bit old hat now. We’ll leave you to wildly speculate.

We also wonder what gadgets the Valhalla will be packing. It’s a high tech thing in standard form. Quite where the machine guns are going to be packed in that shrink-wrapped body, we’re not sure. 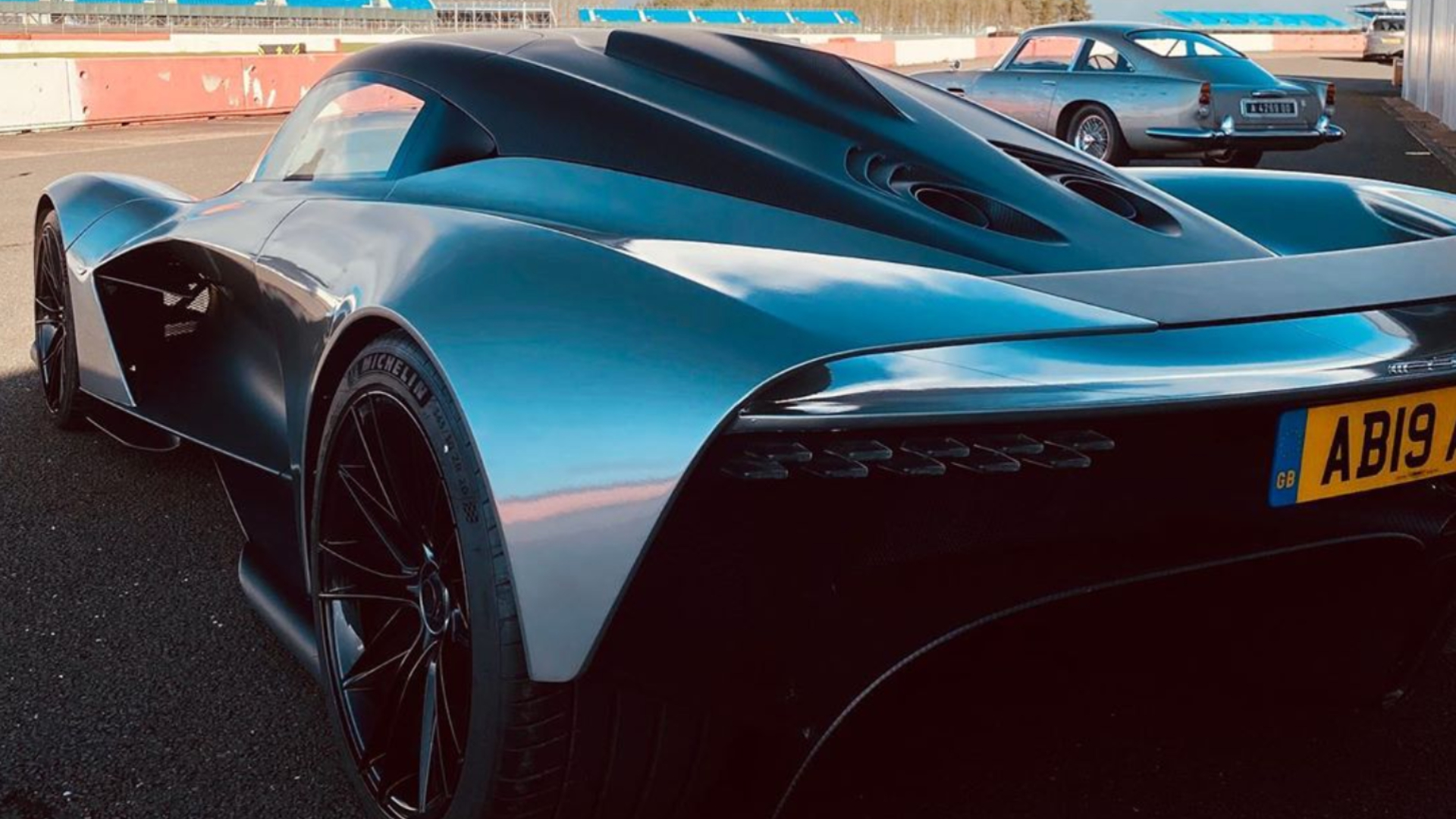 We expect to get a quick look at the Valhalla in action when the final trailer drops in the coming weeks, immediately prior to the film’s release. Until now, this is our first and only look at Bond’s craziest and most expensive company car to date.

It’s coming up to a year since the Valhalla debuted at the Geneva Motor Show in 2019. Affectionately nicknamed ‘son of Valkyrie’ by Aston Martin, the marque’s second mid-engined hypercar is limited to 500 units. First deliveries aren’t expected for another two years at least.