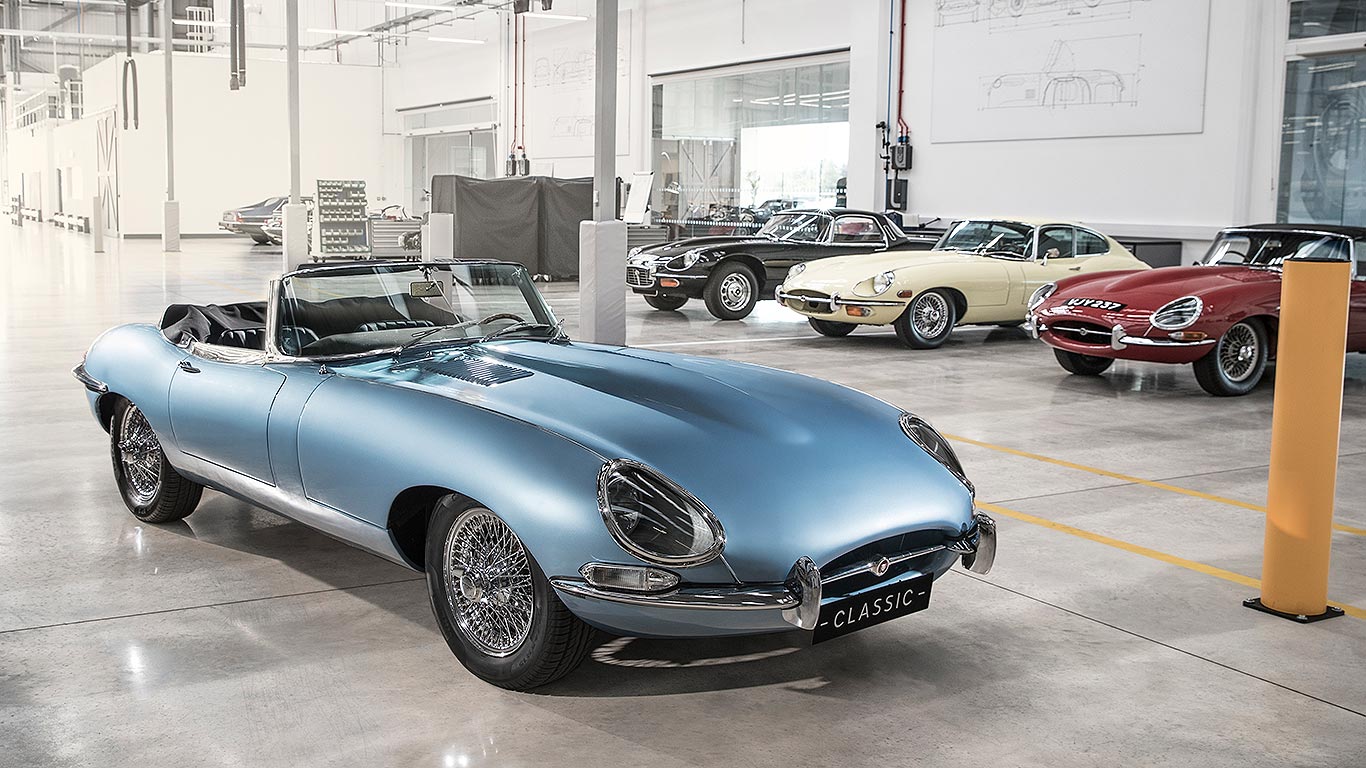 Freshly famous for being Prince Harry and Meghan Markle’s wedding car of choice, the Jaguar E-type Zero is an original classic that’s been converted into a fully electric sports car by engineers at Jaguar Land Rover Classic – and if there’s demand, eco-conscious classic Jag fans will be able to buy one in the future.

Fully engineered by classic experts, the E-type’s classic six-cylinder XK engine has been replaced by an electric motor, batteries and control systems, giving a 0-62mph time of 5.5 seconds and a real-world driving range of 170 miles.

The E-type Zero is thus not only faster than an original E-type, it is also almost 50kg lighter, despite the heavy batteries. And visually, there’s been not a single change over the original car – this is a pure electric conversion that Jaguar could in the future offer as a service.

“Our aim with E-type Zero is to future-proof classic car ownership,” says Jaguar Land Rover Classic director Tim Hannig. “We’re looking forward to the reaction of our clients as we investigate bringing this concept to market.” He’s even released a telephone number (+44 (0)203 601 1255) – and an email address (info@classic.jaguar.co.uk) for those interested in having their E-types converted.

Jaguar believes those living in cities could be particularly interested in the conversion, as authorities crack down on older combustion engine cars. As 2040 nears, it will allow classic cars to still be driven despite tough new environmental legislation.

The fully-restored E-type Zero is a 1965 Series 1.5 car, originally built in 1968. The firm purchased the car with the intention of creating the electric car concept – and Hannig adds it is a fully-reversible conversion, ensuring the originality of the car can remain.

“We have integrated the new electric powertrain into the existing E-type structure, which means a conventional engine could be reinstalled at any point. We think this is essential as it ensures a period Jaguar remains authentic to its DNA.” 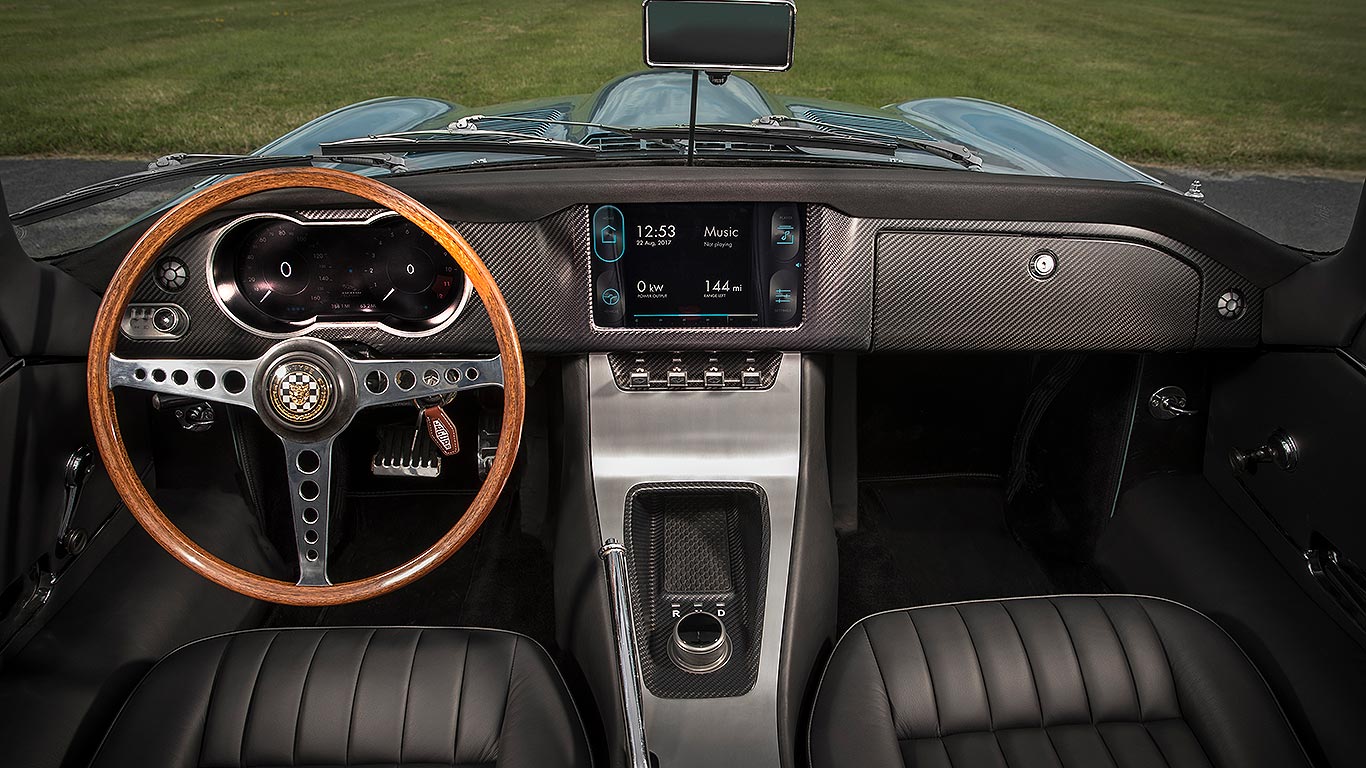 Although the concept car has a prototype interior, with TFT insturments and a central infotainment touchscreen, Hannig adds that the original E-type instruments could also be retained. “The only change needed would be swapping the rev counter for a digital battery display.” 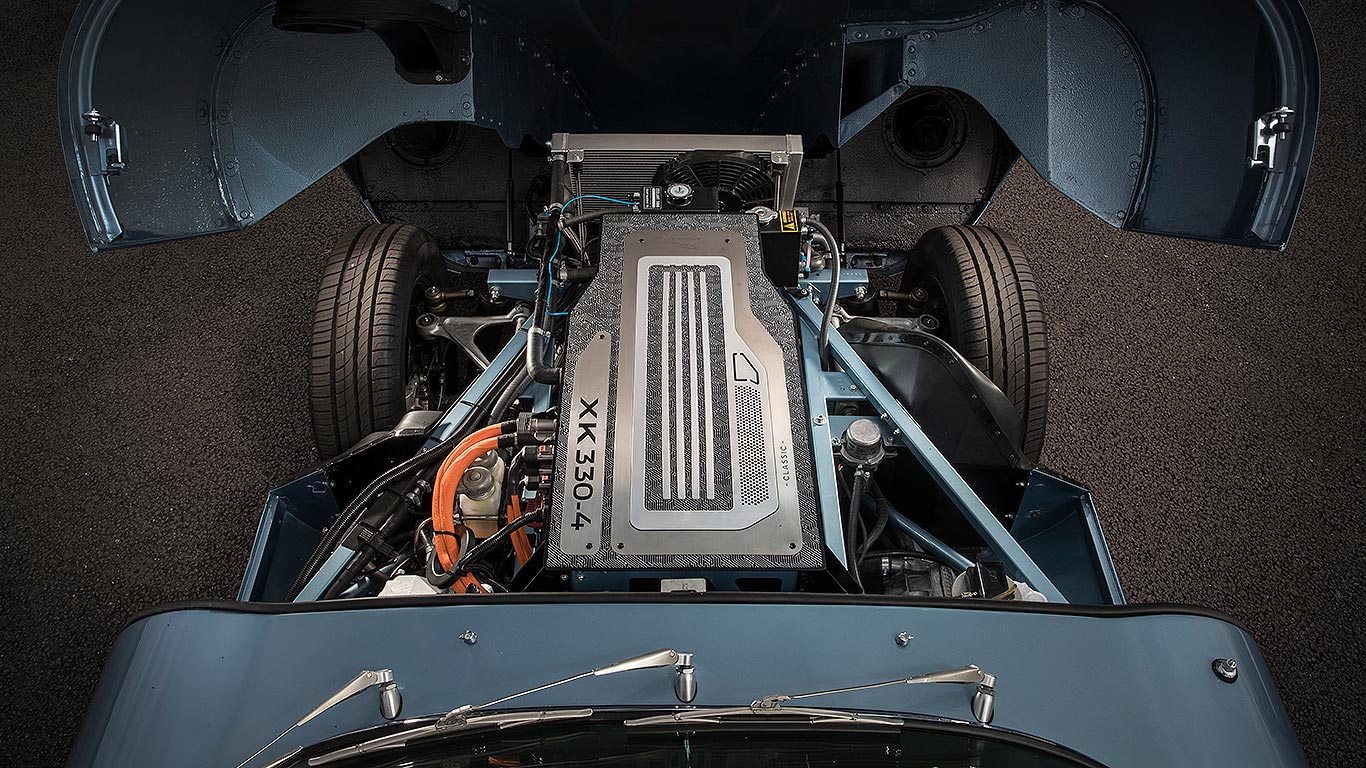 The electric powertrain in the E-type Zero produces 220kW – a figure that Hannig adds is capped to provide “the optimum driving experience”. The lithium ion battery pack takes the place of the engine; the single-speed electric motor replaces the classic E-type gearbox. Other key parts, such as the rear differential and final drive, are retained, as is all the car’s suspension and other moving parts.

Because the electric tech is similar in weight and dimensions to the original petrol engine, Jaguar hasn’t needed to change anything in the car’s setup, “simplifying the conversion and homologation”. Weight distribution is unchanged and “it drives, handles, rides and brakes like an original E-type”.

The 40kWh battery takes around six to seven hours to recharge, and Hannig believes this won’t be a problem due to the car’s proven 170-mile driving range: classic car owners typically use their car for a day at a time, then return it to a garage where the charger can be located.

The E-type Zero would also be more reliable than an original car, and be less demanding to drive. It’s on show this weekend at the first-ever Jaguar Land Rover Tech fest, a future technology showcase, at Central Saint Martins in London.