This incredible golden 1961 Rolls-Royce was customized by George Barris

Heading to the Artcurial auction in Paris, the unique modifications for the Silver Cloud II were commissioned by actress Zsa Zsa Gabo 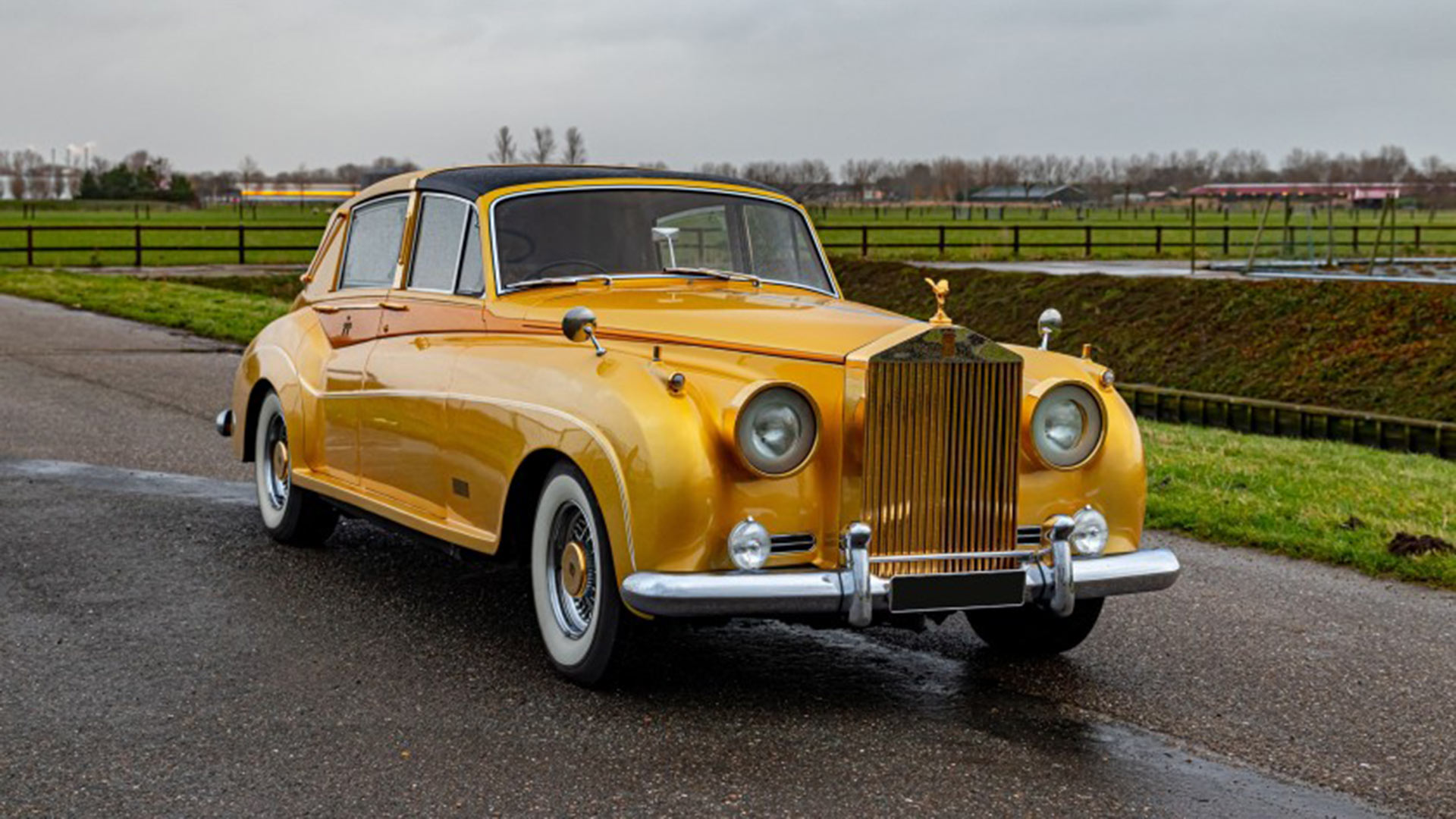 Hot rodder and customizer George Barris created numerous special cars over the years, but this 1961 Rolls-Royce may be one of his most ostentatious.

Built for actress and Hollywood socialite Zsa Zsa Gabor, the Sedanca de Ville was made to fit with the rest of her extravagant lifestyle.

Forgotten about for two decades, the car is one of the lots appearing this week at the Artcurial Retromobile 2020 sale in Paris, France. 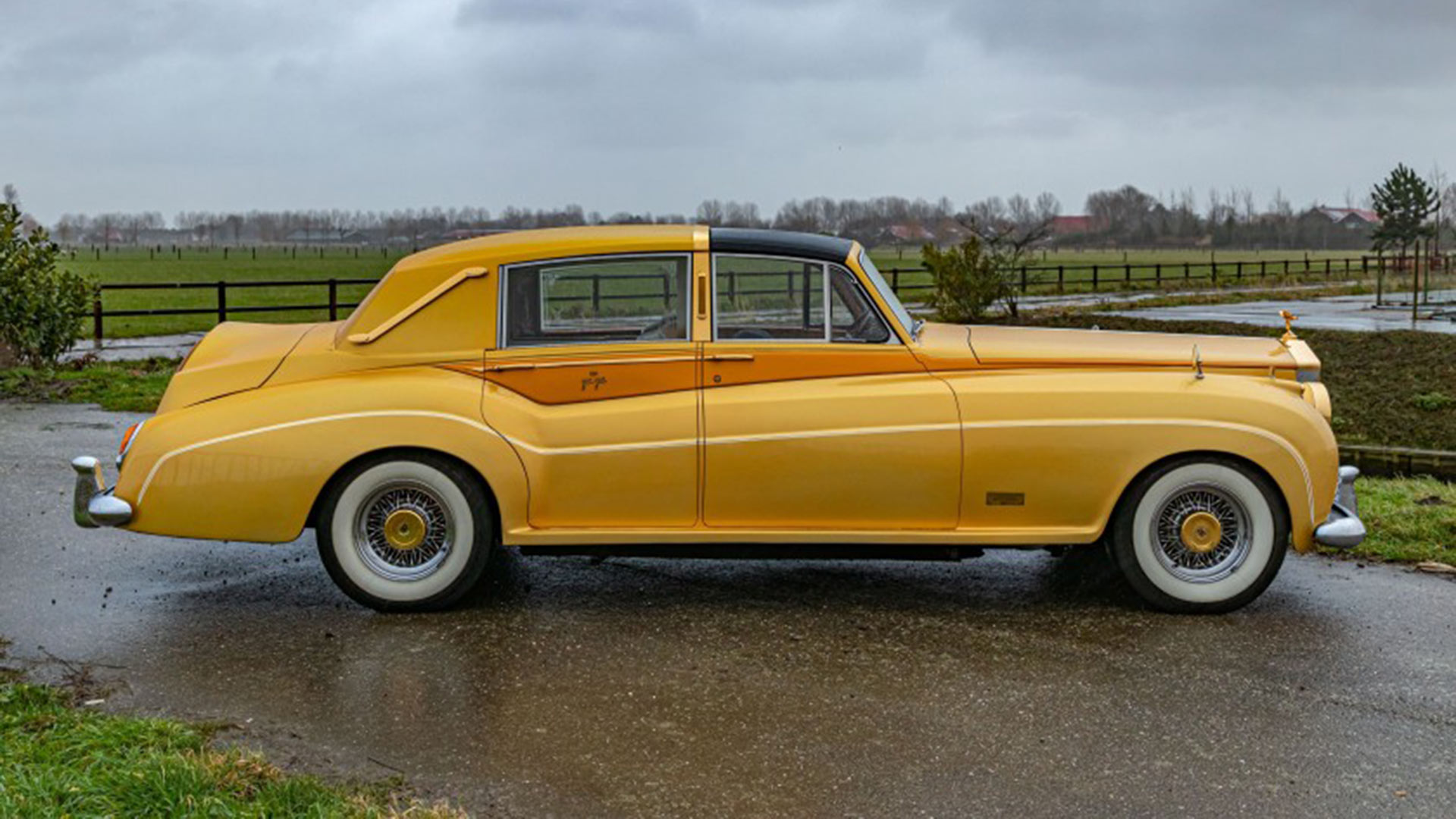 Originally born in Budapest, Hungary, Zsa Zsa Gabor first found fame in Vienna, Austria during the 1930s. She would later move to the United States in 1941, going on to star in more than thirty Hollywood movies and countless television shows.

Gabor was also known for being married nine times during her life. This included marriages to George Hilton, founder of the Hilton Hotels empire, and British actor George Sanders.

Her successful acting career, plus a string of lucrative divorces, endowed Gabor with a huge amount of wealth. This included purchasing a gigantic mansion in Bel Air, once owned by Elvis Presley. 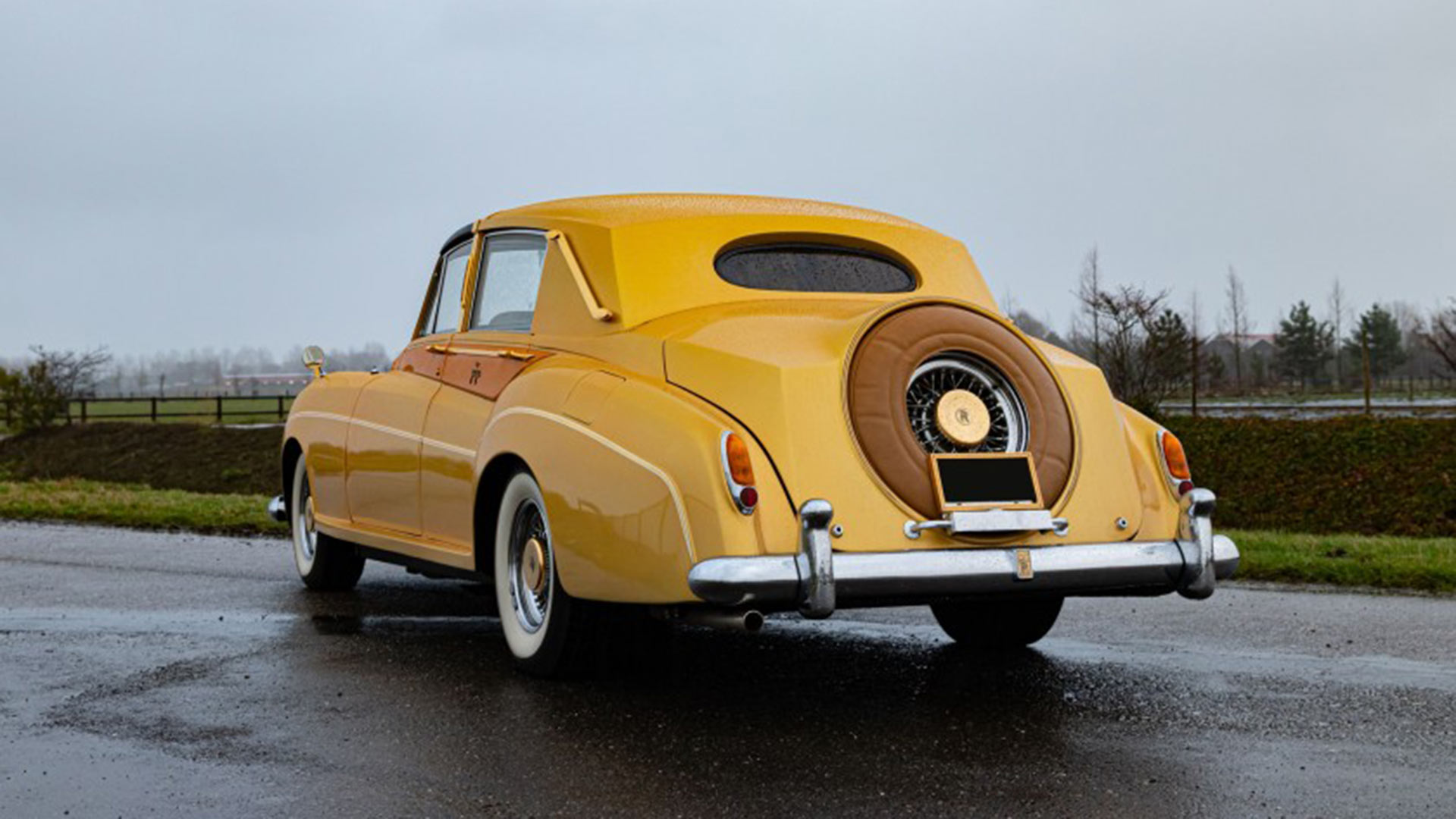 With such a flamboyant lifestyle, Gabor’s interests also extended to the finest automobiles available. She was gifted the rare long-wheelbase Rolls-Royce Silver Cloud II in 1970, before handing it over to George Barris for customization in 1978.

Barris had established himself as the man to go to for motoring extravagance, having made iconic cars for use on screen. The original Batmobile, the Munster Koach, and the Oldsmobile used in Mannix were all Barris creations.

Chicago-born Barris was also happy to build special cars for celebrities, including John Wayne, Elvis Presley, and Dean Martin. For Zsa Zsa there was clearly only one person to turn to.

All that glitters (really) is gold 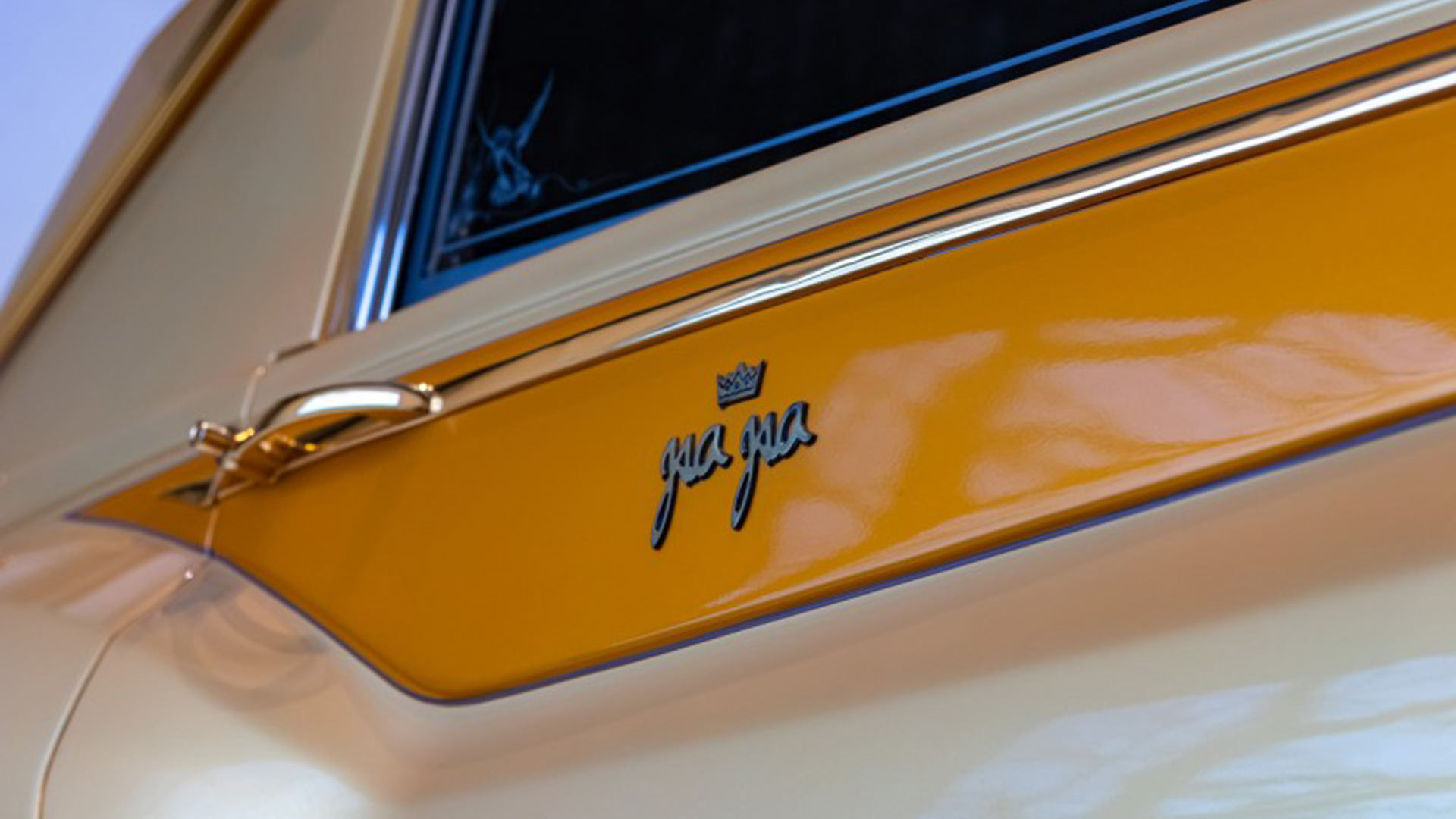 The most obvious part of the transformation by Barris is the elaborate golden exterior paint scheme. The two-tone color scheme features pinstriping and other special detailing, including a stylized ‘Zsa Zsa’ inscription on the rear doors.

Barris also had the famed glass-etcher, Robb Rich, add hand-crafted details to the windows of the Rolls, featuring flowers and butterflies. Lift-out panels over the front of the cabin allow open-top driving, with white wall tires and wire wheels adding classic style.

Along with the golden paint, the Rolls-Royce does have genuine 24-carat gold plating on the exterior and interior trim. The large front grille and Spirit of Ecstasy emblem are finished in gold, plus the door handles and licence plate surround. 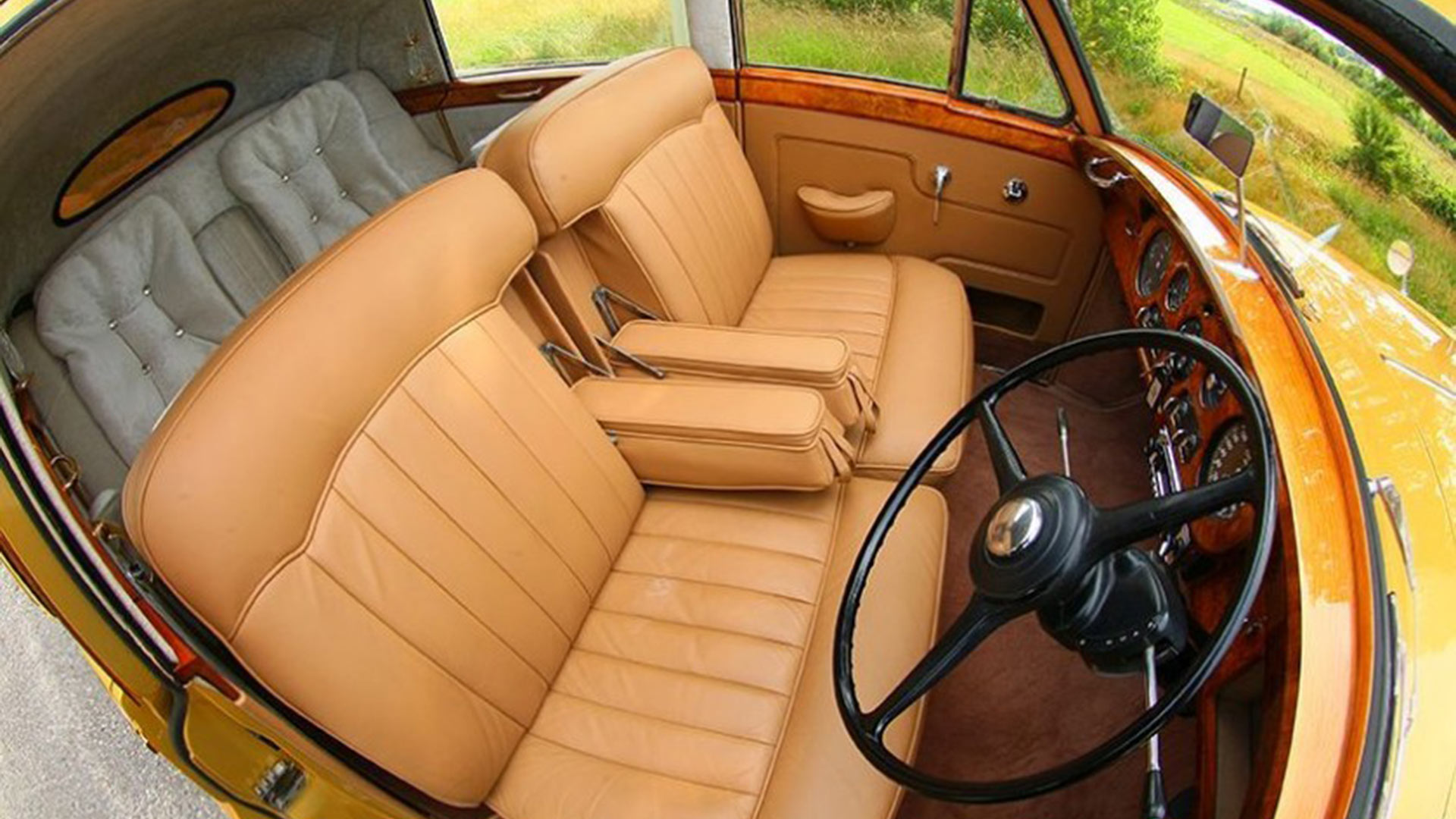 Inside is just as dramatic and as luxurious as could be expected. Although Gabor was known for driving a Mercedes-Benz 300 SL, the layout of the Sedanca de Ville suggests she was intending to be chauffeured in this car.

Up front is a bench seat finished in brown leather, with the dashboard wearing acres of wood trim. However, the spacious rear cabin has just two exquisitely upholstered seats, with folding tables hiding a hairbrush and comb.

Barris was suitably proud of his finished creation, with the car going on display at the 1978 Auto Expo in Los Angeles.

Holding on to what’s golden 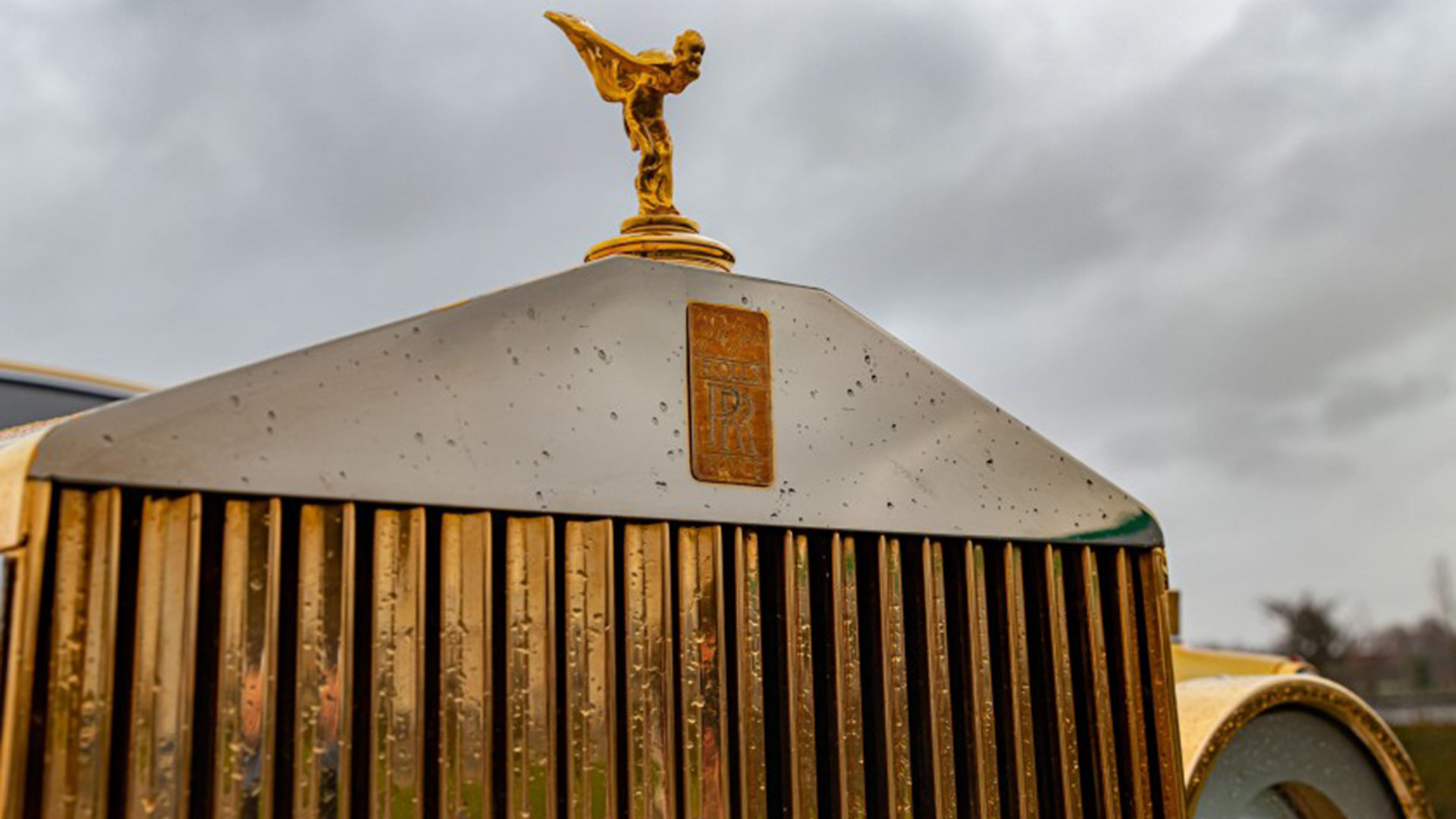 The car would later vanish for more than two decades, eventually being located in a barn in the Netherlands. A sale in 2014 would see the car emerge into the spotlight again, getting it ready for the Artcurial sale this year.

Less than 300 examples of the V-8 Silver Cloud II LWB were produced, meaning examples are rare to begin with. A version customized by an automotive icon, and owned by a Hollywood legend, makes this car even more exclusive.

We drive petrol and diesel versions of the new Citroen C5 Aircross SUV. How does it stack up against the Nissan Qashqai, Kia Sportage and Hyundai Tucson?
Read more

A new report reveals that white remains the world's most popular paint colour for new cars. However, grey and blue are expected to challenge its supremacy.
Read more

In the market for a new car? These cars are available with 0% finance
Read more

We've added a Kia Optima Sportswagon to the MR long-term fleet. Should you consider one for your next company car? We're finding out...
Read more

‘The car, however it is powered, is here to stay’
Read more

Is this Honda Civic Si at SEMA the ultimate import tuner icon?