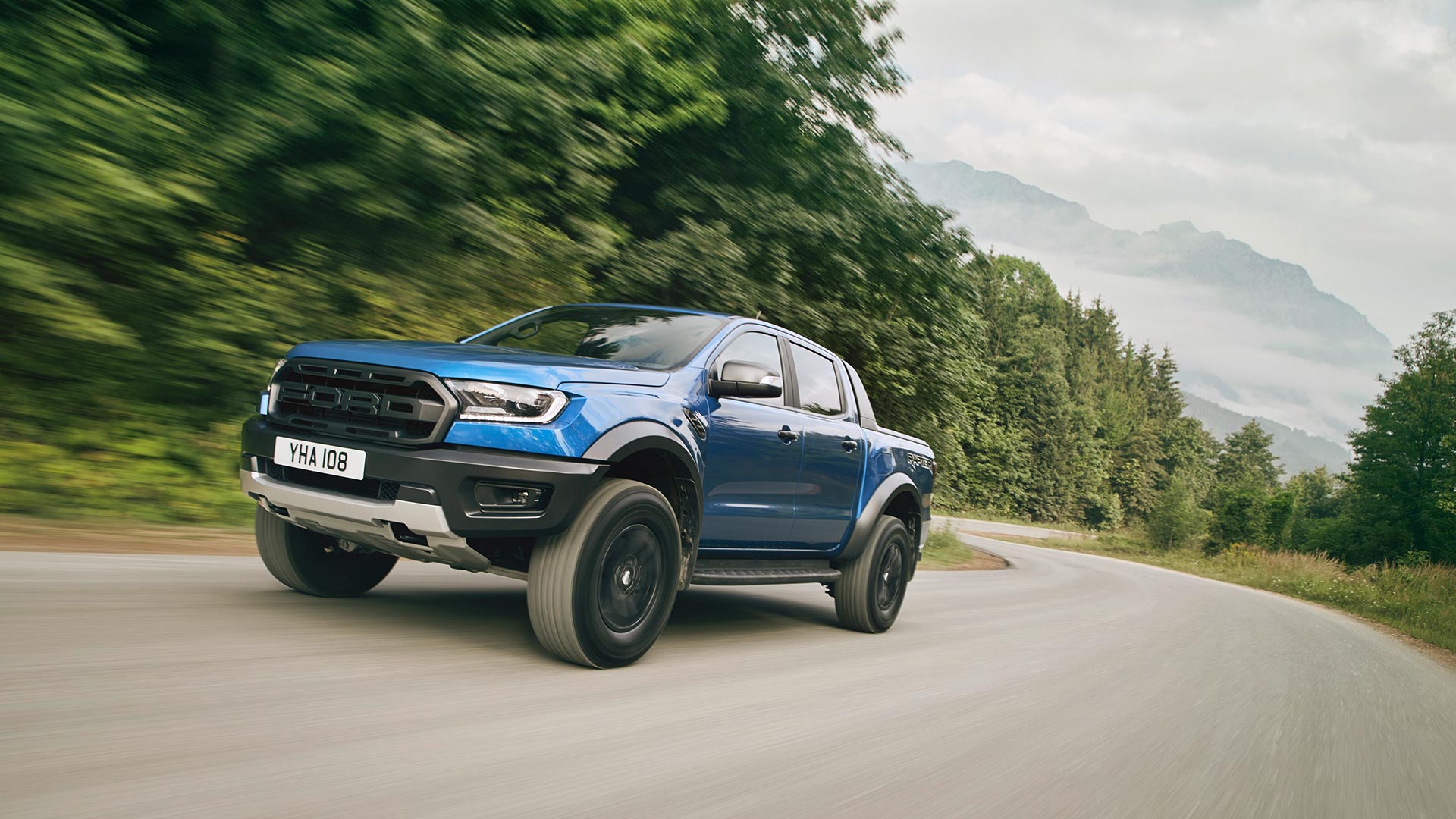 Forget the summer weather outside, as Xbox One gamers now have eight new reasons to stay inside on the sofa instead.

The latest update for the Forza Horizon 4 game has gone live this week, which brings an octet of new vehicles plus special challenges and races.

Included in the update is the addition of the Ford Ranger Raptor. This performance pickup truck first appeared in a trailer for Horizon 4 last year, yet only now makes its digital debut. 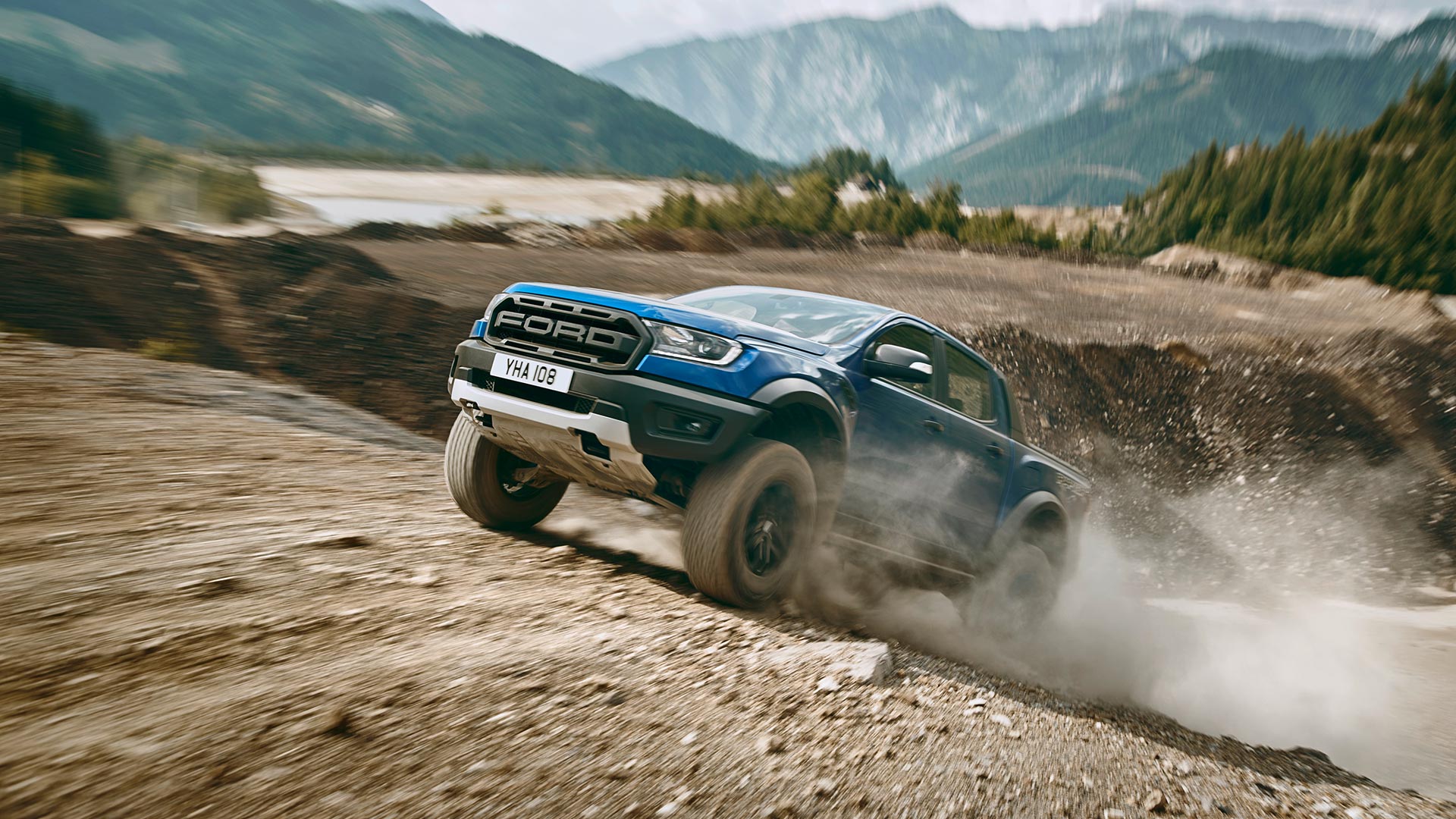 Ford became the first car manufacturer to launch a vehicle at a gaming show, using Gamescom in Germany for the big reveal. However, it has taken some 11 months for the extreme off-roader to finally appear in the game.

Players will be able to purchase the Ranger Raptor from the Forza Horizon Autoshow, and then set to work ripping up the British countryside with it. Forza may be the only place American fans can get to try Ford’s newest performance truck, unless the Blue Oval has a change of heart.

With 213 horsepower and 369lb-ft of torque from a 2.0 twin-turbo diesel, the Ranger Raptor certainly impressed us when faced with the Moroccan desert. Special Fox Racing shock absorbers also allow it to tackle rocks and jumps with ease. 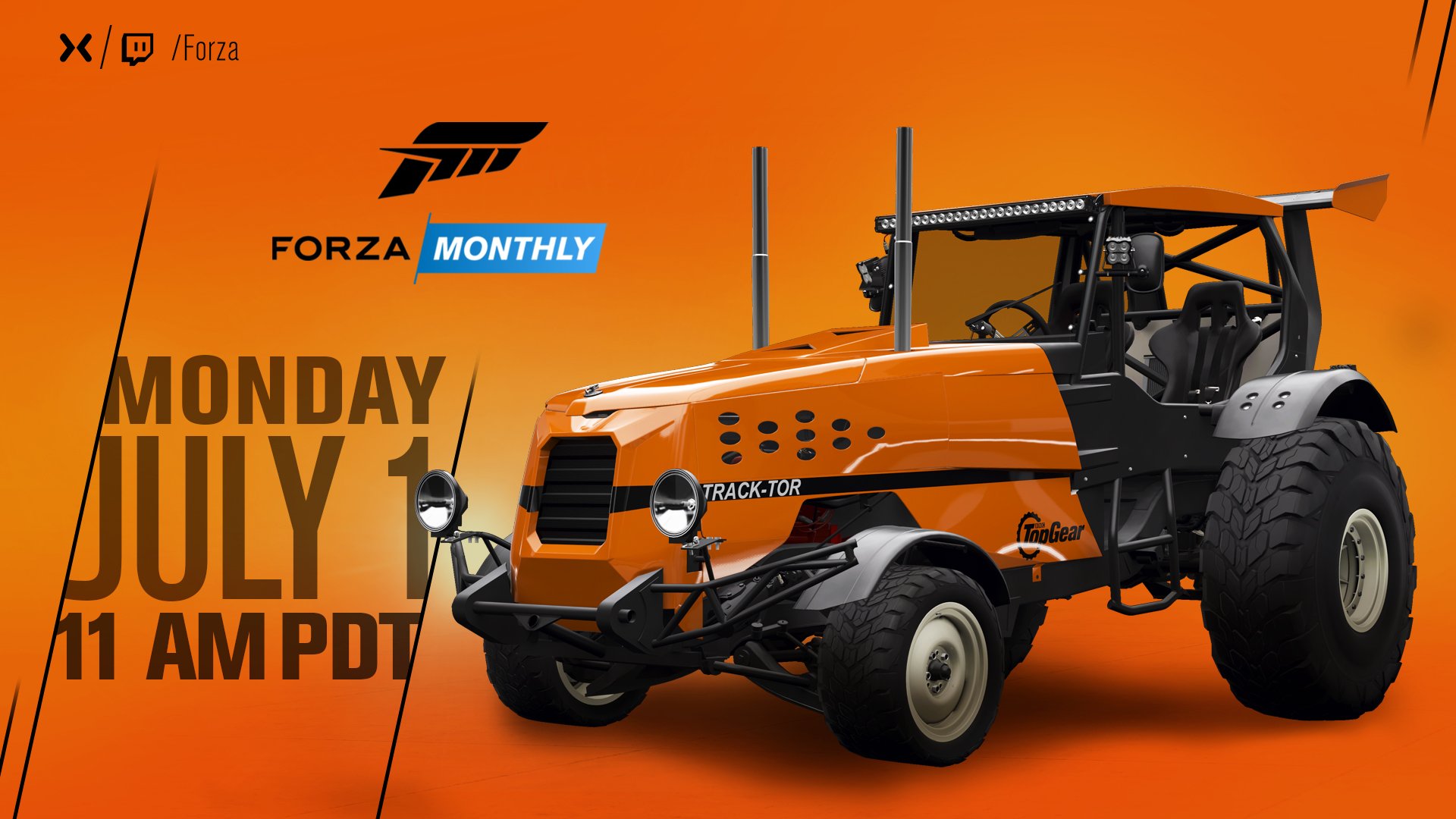 Another key element of the Series 11 update is the launch of special new Horizon Story for Forza players.

The ‘Top Gear: Horizon Special’ offer seven chapters for gamers to work through, with cameos from Top Gear presenter Chris Harris and, of course, The Stig.

Included as part of the Top Gear challenge is the ridiculous Track-tor, a modified 50 horsepower creation which set a land speed record for tractors in 2018. We can gloss over the fact that the record was recently topped by Guy Martin in his 1,000 horsepower JCB… 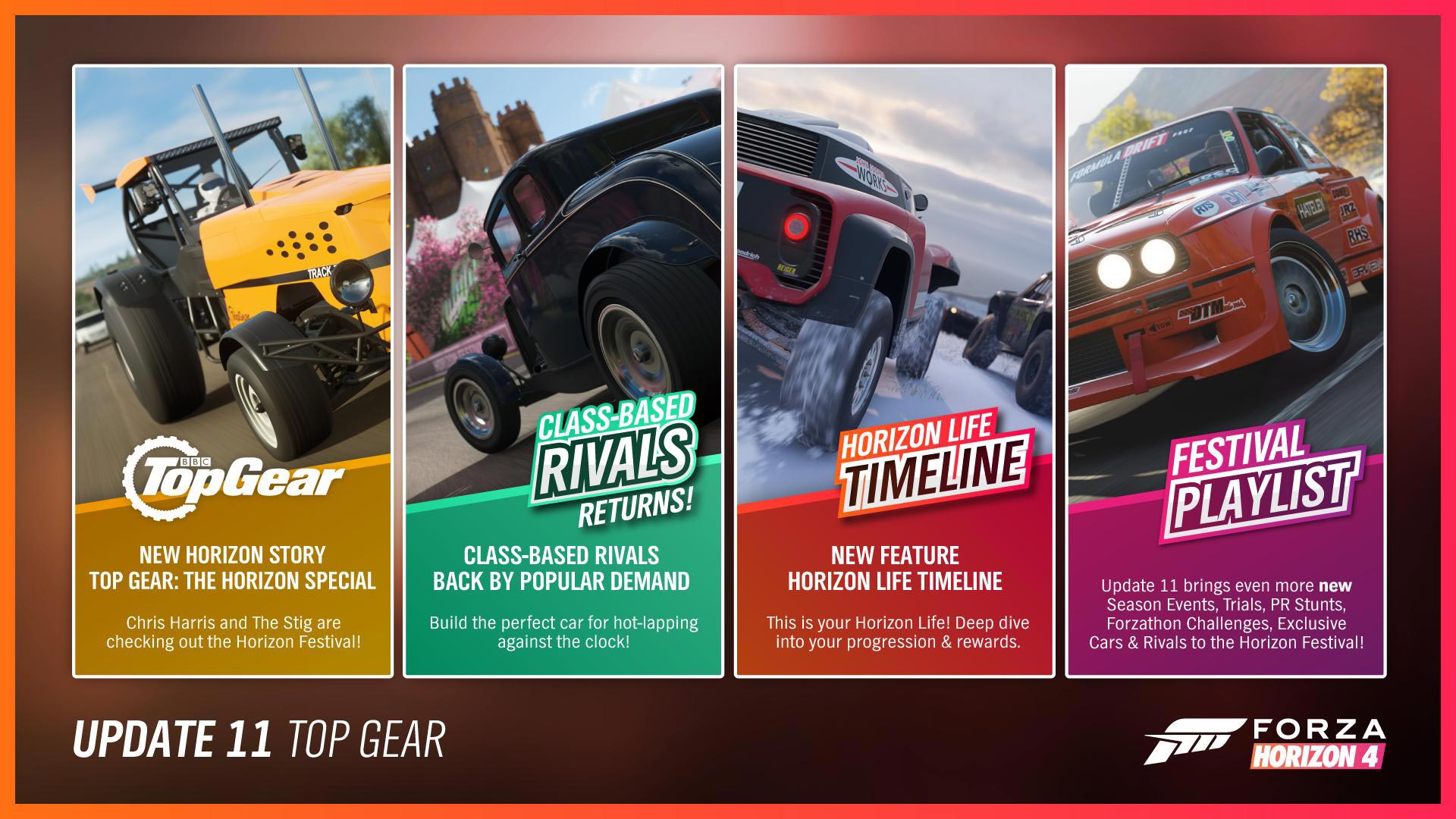 Also appearing from Top Gear is the Mercedes-Benz G63 6×6, along with the modified Mercedes-Benz E350d All-terrain ‘Project E-AT’.

Players should also notice a number of fixes applied to various bugs identified in the game, have the opportunity to win new in-game rewards, and partake in extra races.