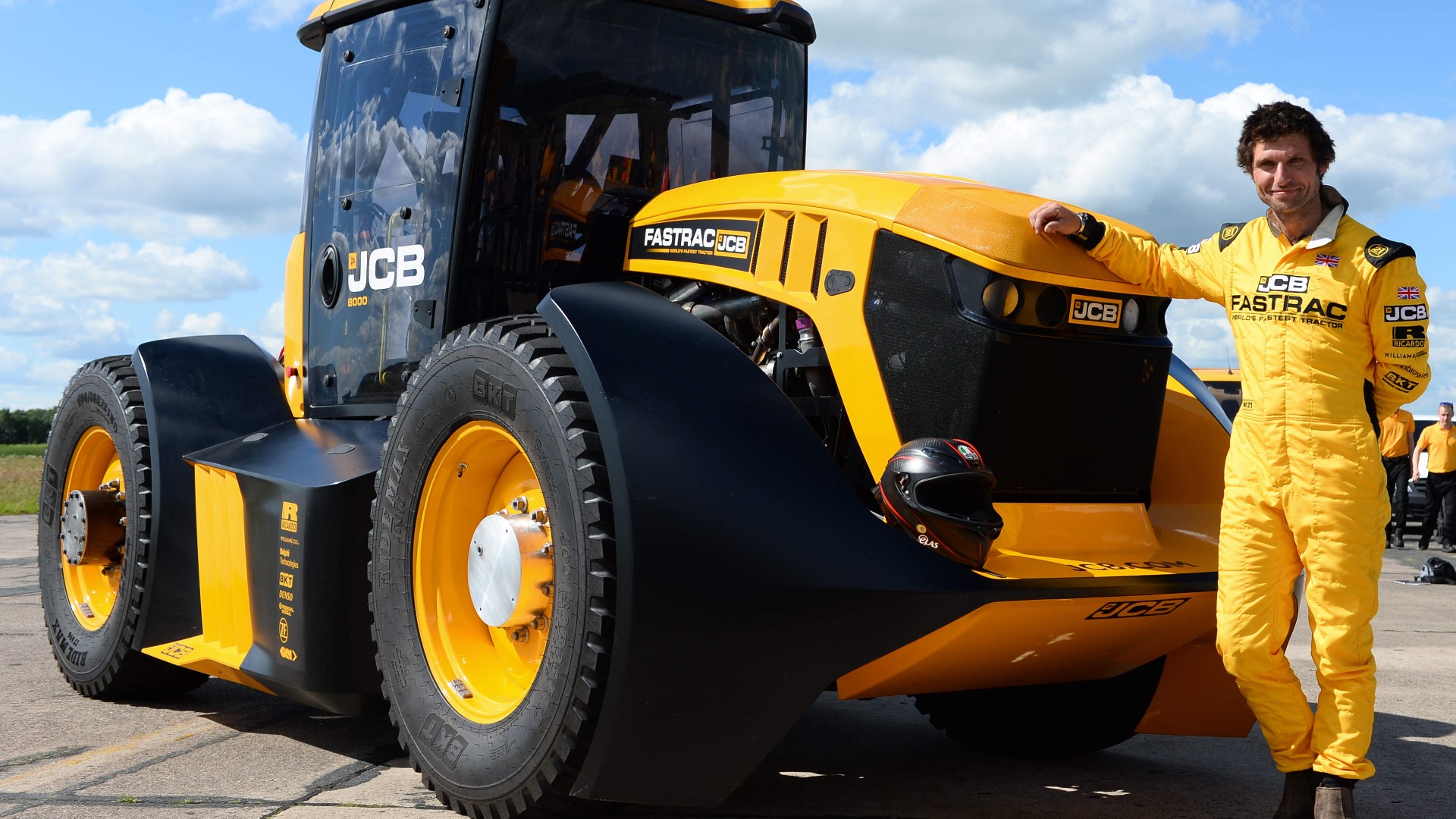 Speed records are never straightforward when it comes to mad hatter racer Guy Martin, and this latest one is no exception. He’s only gone and set a new British speed record… in a tractor.

Yes, you read that right. Guy Martin took a JCB tractor to its absolute limit at Elvington Airfield.

And what limit was that? A not particularly impressive-sounding 103.6 mph, at least in the world of fast cars. But in the real world, where commuters get stuck behind tractors doing what feels like walking pace in a 60 zone, that sounds really rather fast.

So what is this 100 mph tractor? The clue is perhaps in the name of the JCB Fastrac. Powered by a 7.2-litre diesel six-cylinder engine with 1,000 horsepower (!), it also has aerodynamics developed with the help of Williams Advanced Engineering. 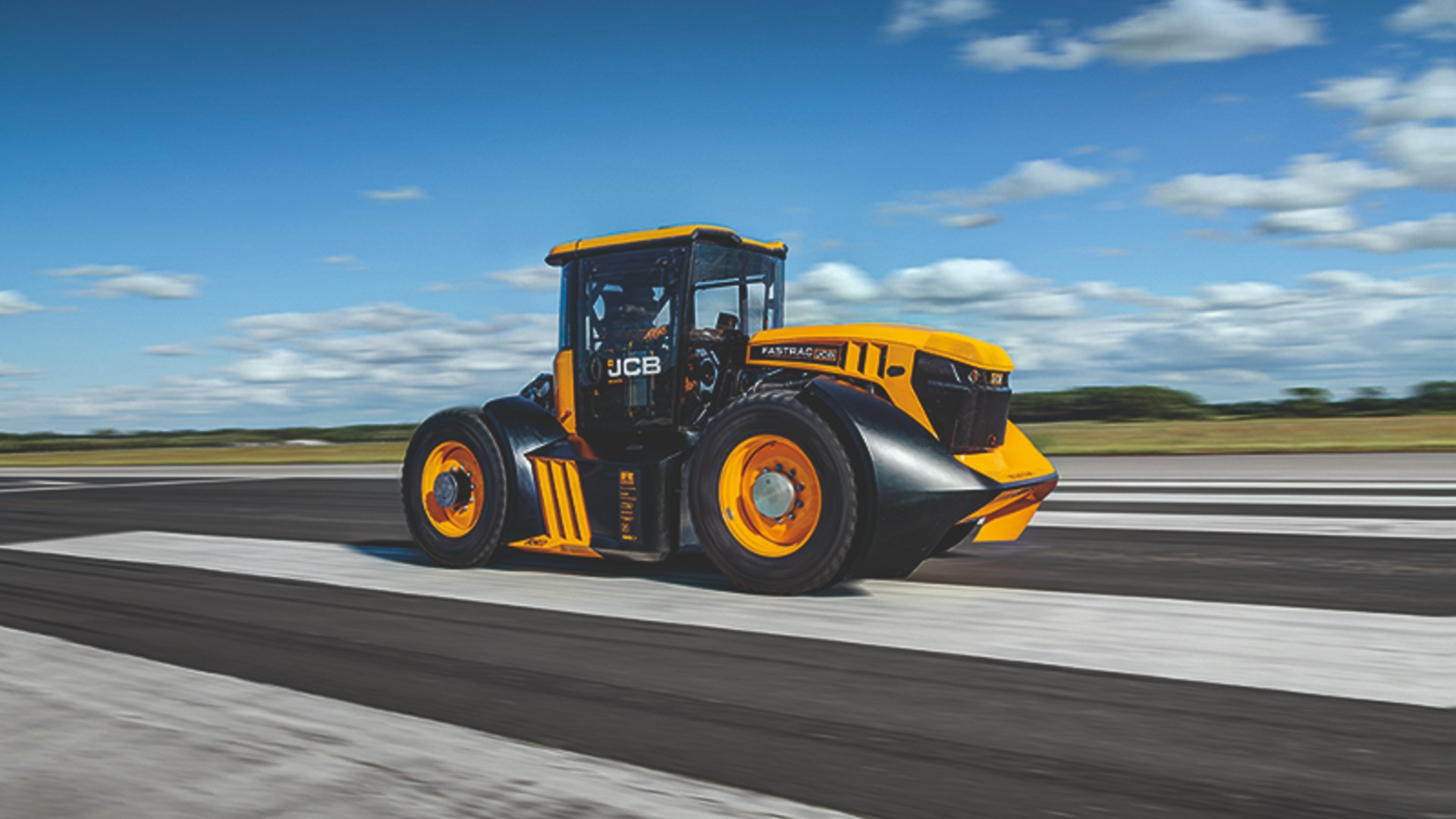 This skunkworks project has been in development at JCB with a team of engineers for the past few months. Its completion, and the subsequent record, was touted by JCB chairman Lord Bamford as an “amazing achievement”.

“We’ve long harboured a dream to attempt a speed record with the Fastrac and the whole team has worked tirelessly to achieve this amazing result.

“I’m extremely proud of what they have achieved in such a short space of time. It is British engineering at its best and it really does highlight the skills and innovation we have in our engineering team. They have done a truly fantastic job.” 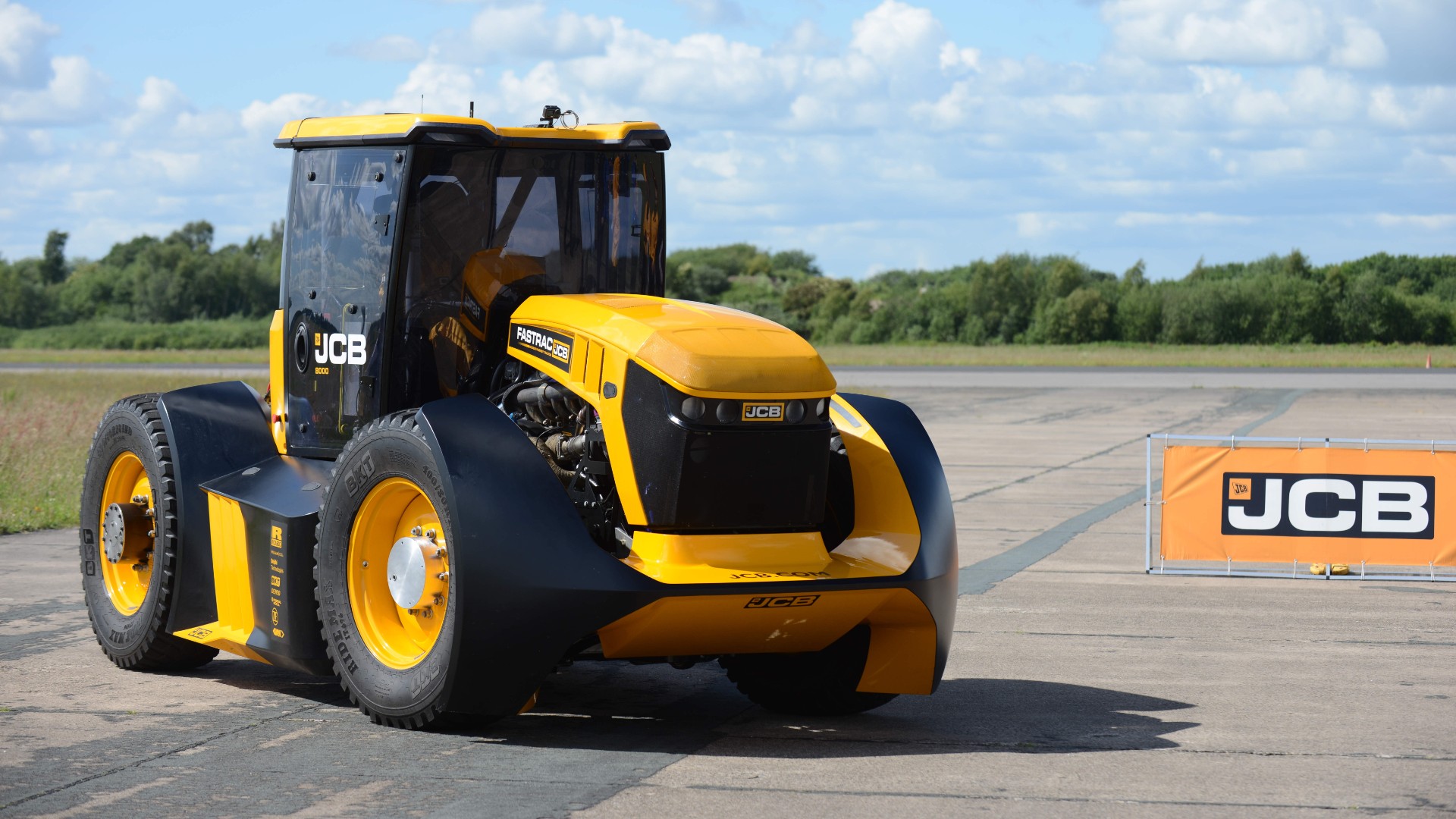 “It had been a great day with the JCB at Elvington, proper job with some right proper engineers,” said Guy Martin of his record-breaking machine.

“She felt rock steady on the runway, job’s a peach.”

The record, as taken yesterday (20 June), comes 28 years to the day since JCB’s very first faster tractor, the great grandfather to the Fastrac, went into production.