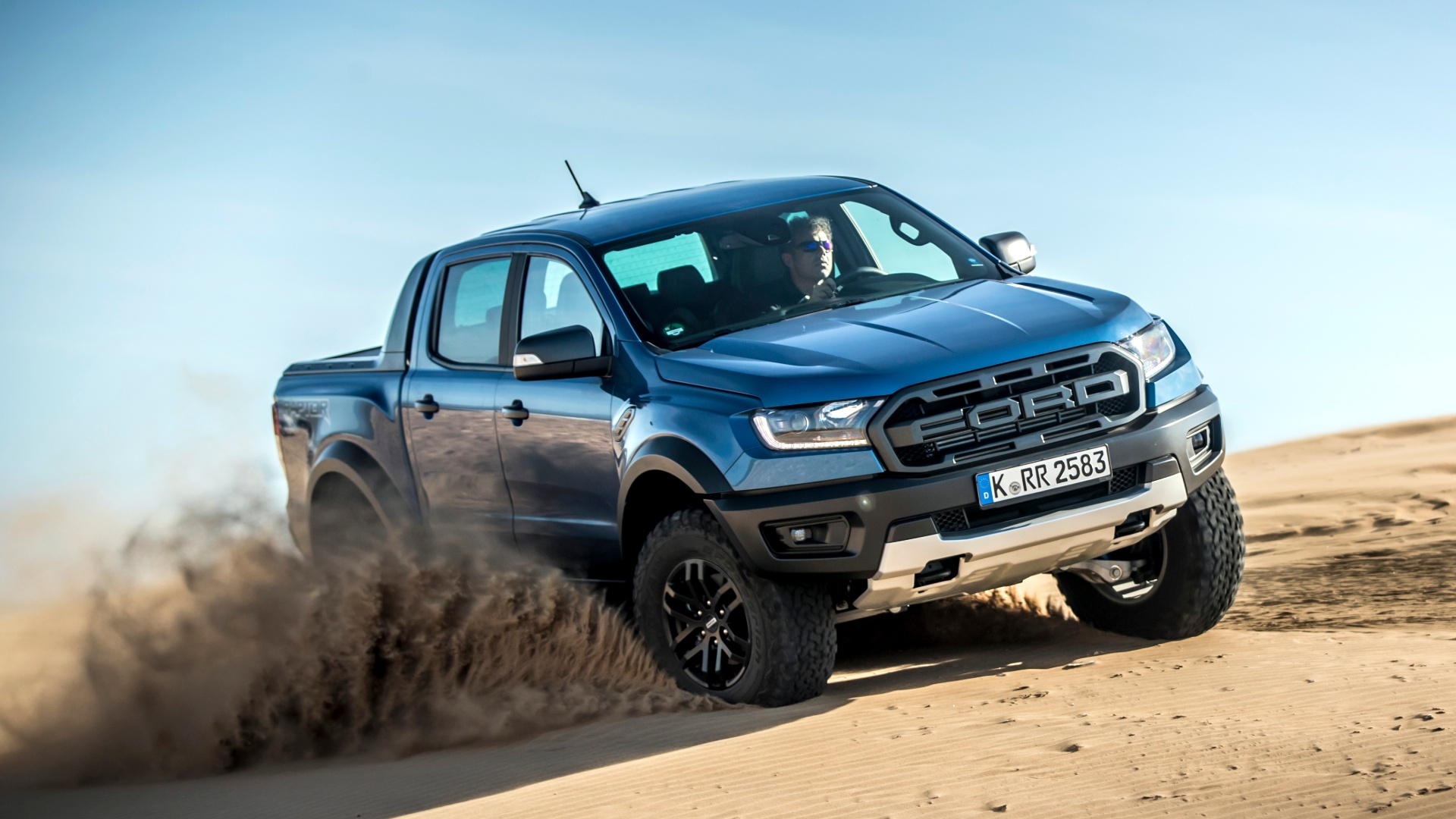 No Englishman would ever use the expression ‘bad-ass’. It sounds about as authentic as Dick Van Dyke’s cock-er-nee accent. Besides, anyone from the southern half of Britain would say ‘bad-arse’, which means something else entirely.

Not that Ford seems concerned. ‘New bad-ass Ford Ranger Raptor brings ultimate off-road pick-up performance to Europe’ screams the headline on its press release. It’s all a trifle transatlantic for our taste: more Dearborn than Dagenham.

Oversized and over here 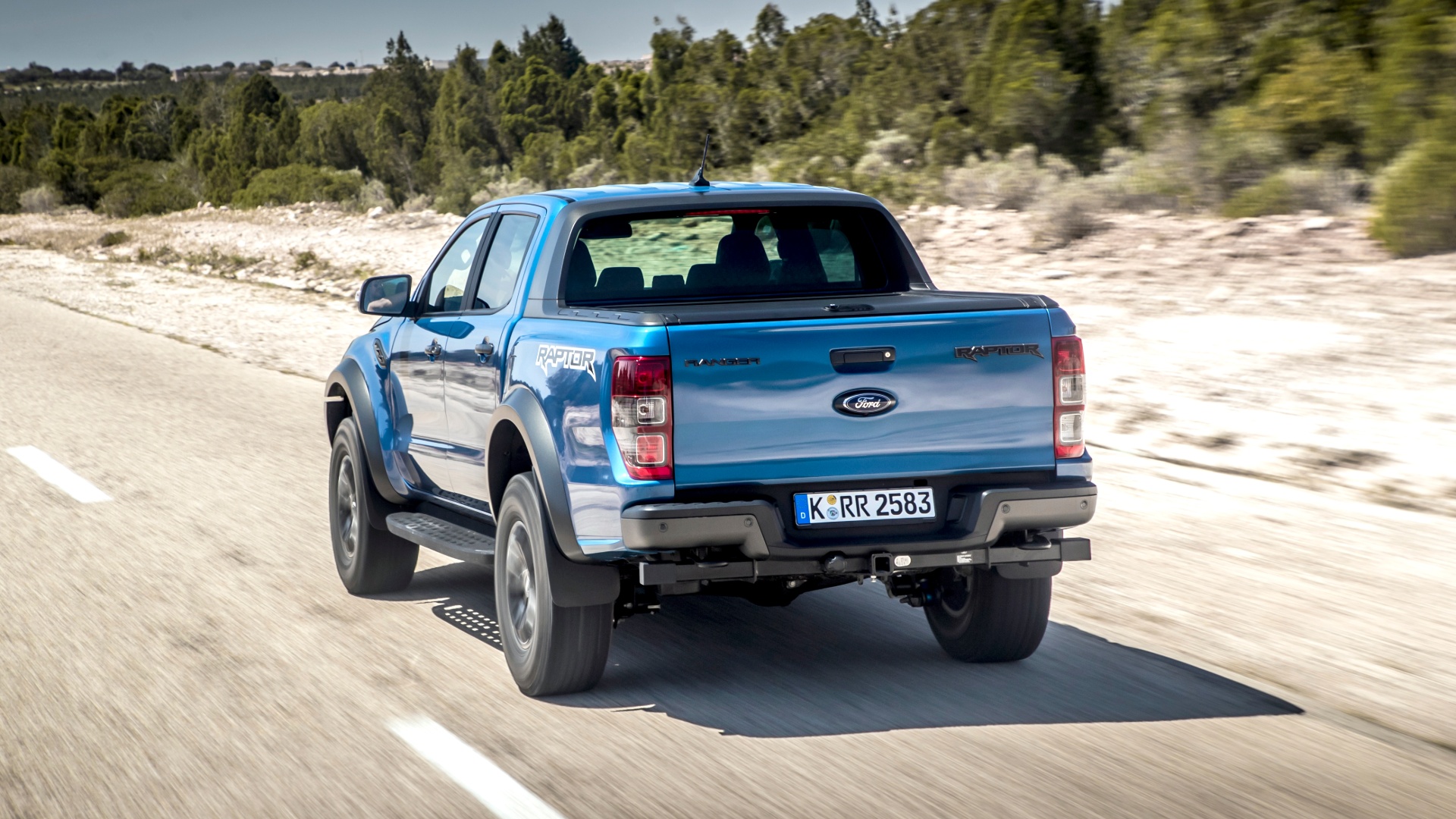 Then again, we Brits don’t really ‘get’ pick-ups. The Ford F-Series has been America’s best-selling vehicle since 1986, but we prefer things compact and car-shaped. Trucks, traditionally, are for tradesmen.

However, that is starting to change. The UK has already embraced the supersize SUV, and posh pick-ups such as the Mercedes-Benz X-Class are muscling in on that market. The time feels right for the Raptor to strike. 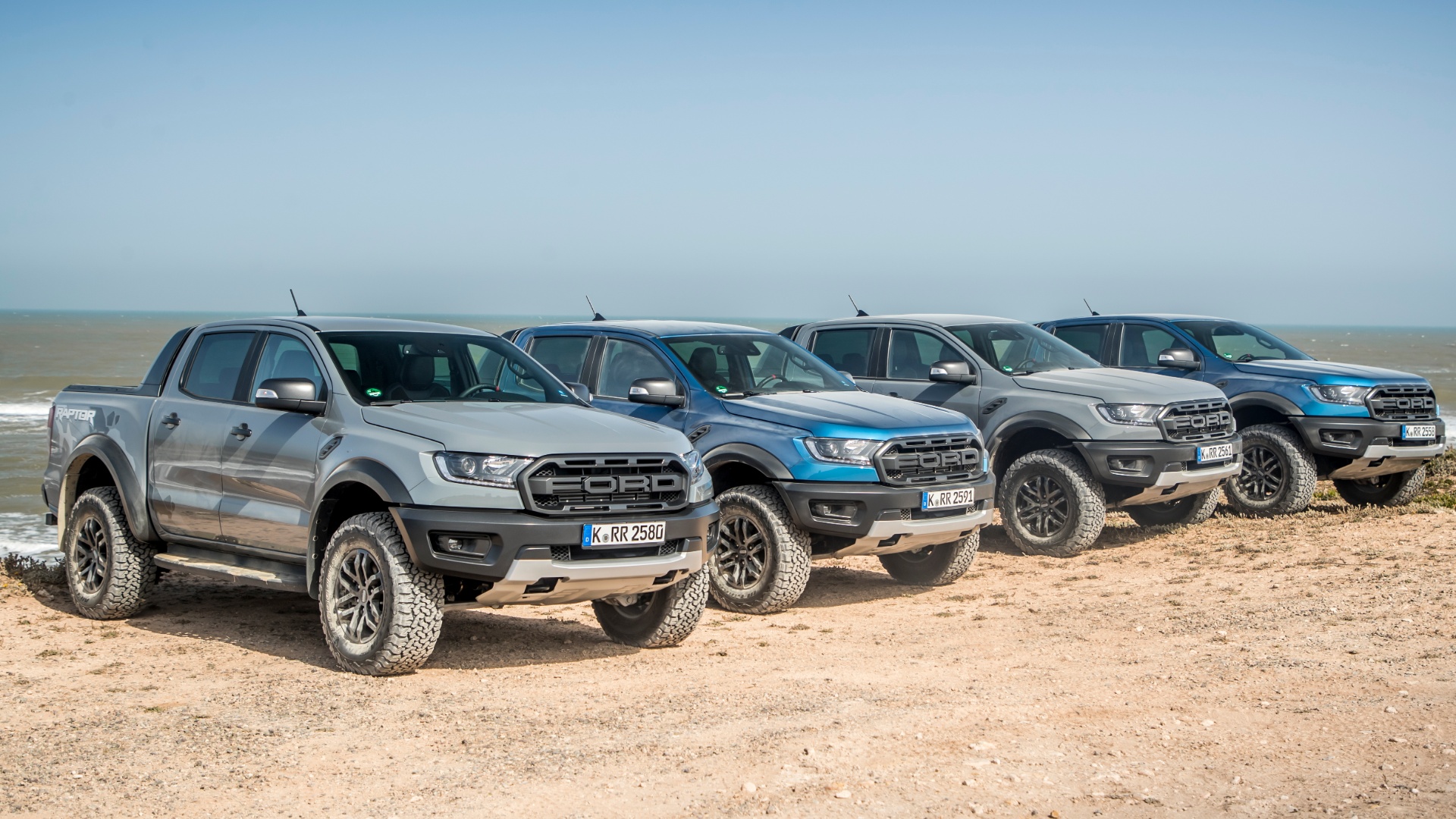 My encounter with the Ranger Raptor won’t be on the leafy lanes of Hampshire (yes, the original one), but the sun-scorched dunes of Morocco. If any environment can push this ‘go-anywhere’ truck beyond its comfort-zone, it’s here. After two days of extreme, maximum-attack off-roading, my own comfort-zone may be tested, too.

‘Mad dogs and Englishmen go out in the midday sun’, said Noel Coward. Bring it on. 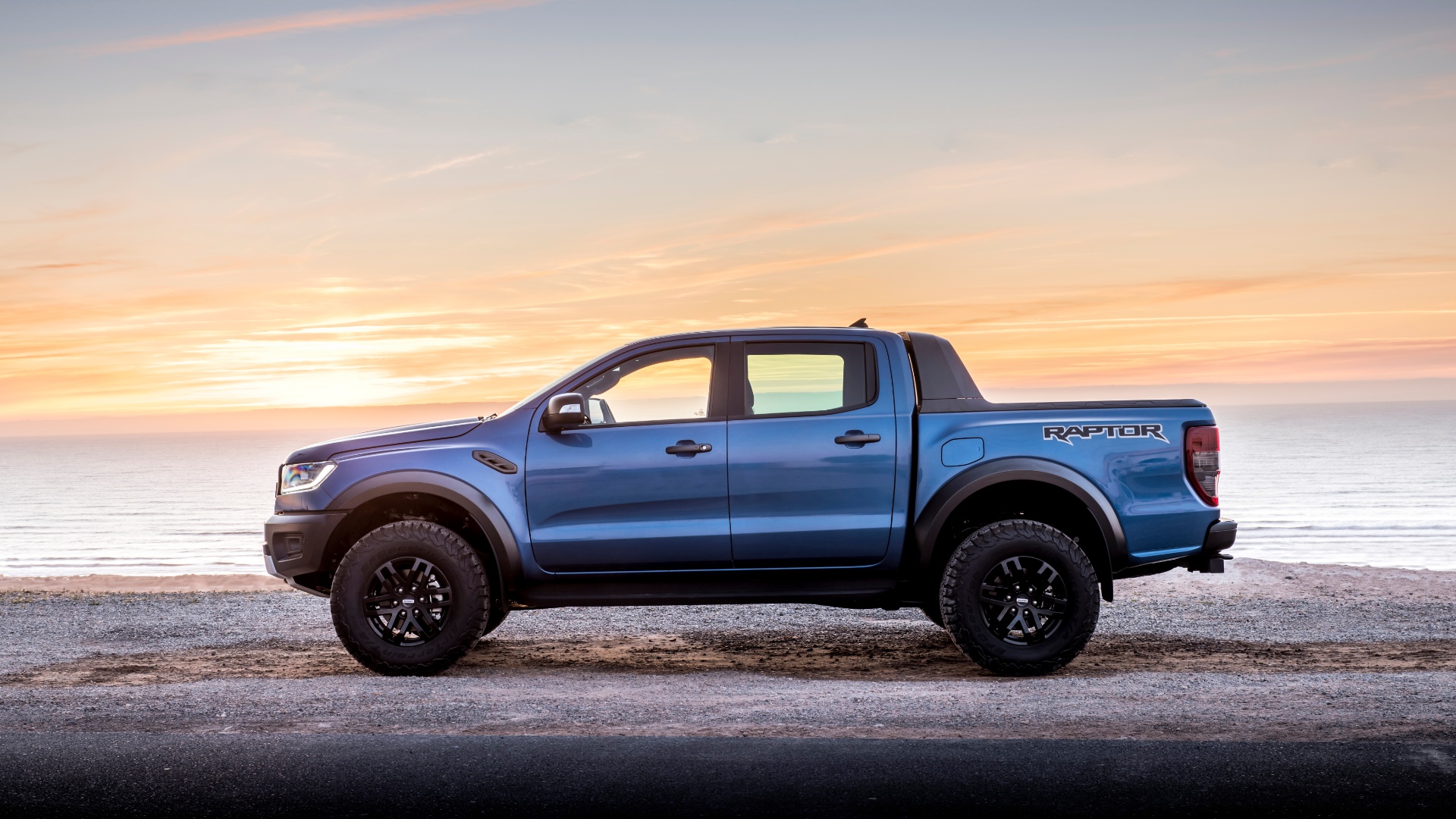 Before I test the limits of the Raptor’s long-travel suspension – and its air-con – let’s delve into some details. This is the high-profile flagship of the Ranger, er… range, priced at a not-inconsiderable £48,785.

Hermann Salenbauch, vehicle line director for Ford Performance, says the Raptor won’t be sold Stateside, although there’s feverish online speculation to the contrary. Expect a U.S. price of around $40,000 if Ford does change its mind.

Steady as she goes 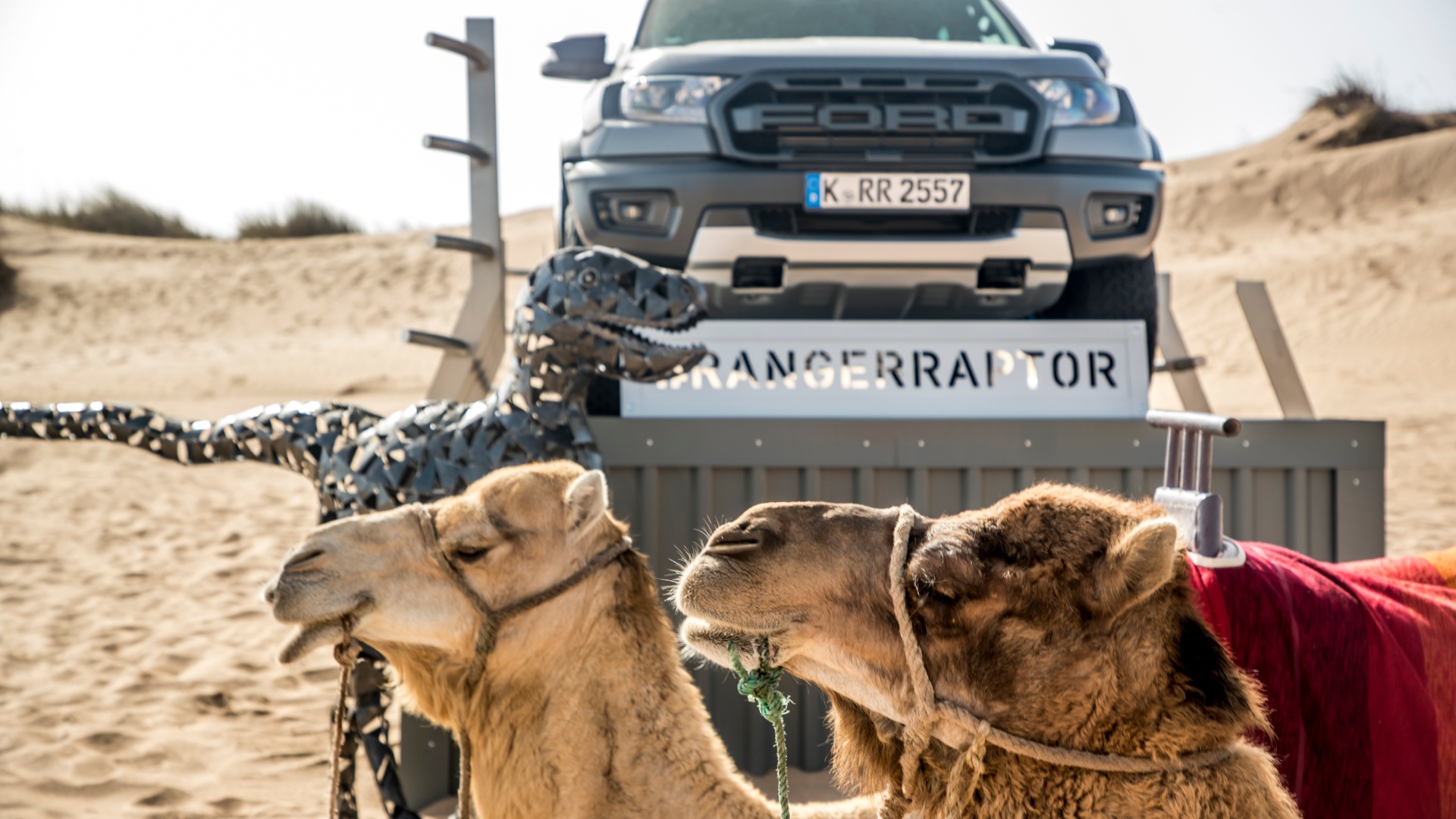 The Ranger Raptor is somewhat more modest; its 2.0 twin-turbo diesel four serves up 213hp and 369lb ft of torque from 1,750rpm. Driving all four wheels via a 10-speed semi-auto gearbox, shared with the Mustang, it reaches 62mph in 10.5 seconds and 106mph flat-out. 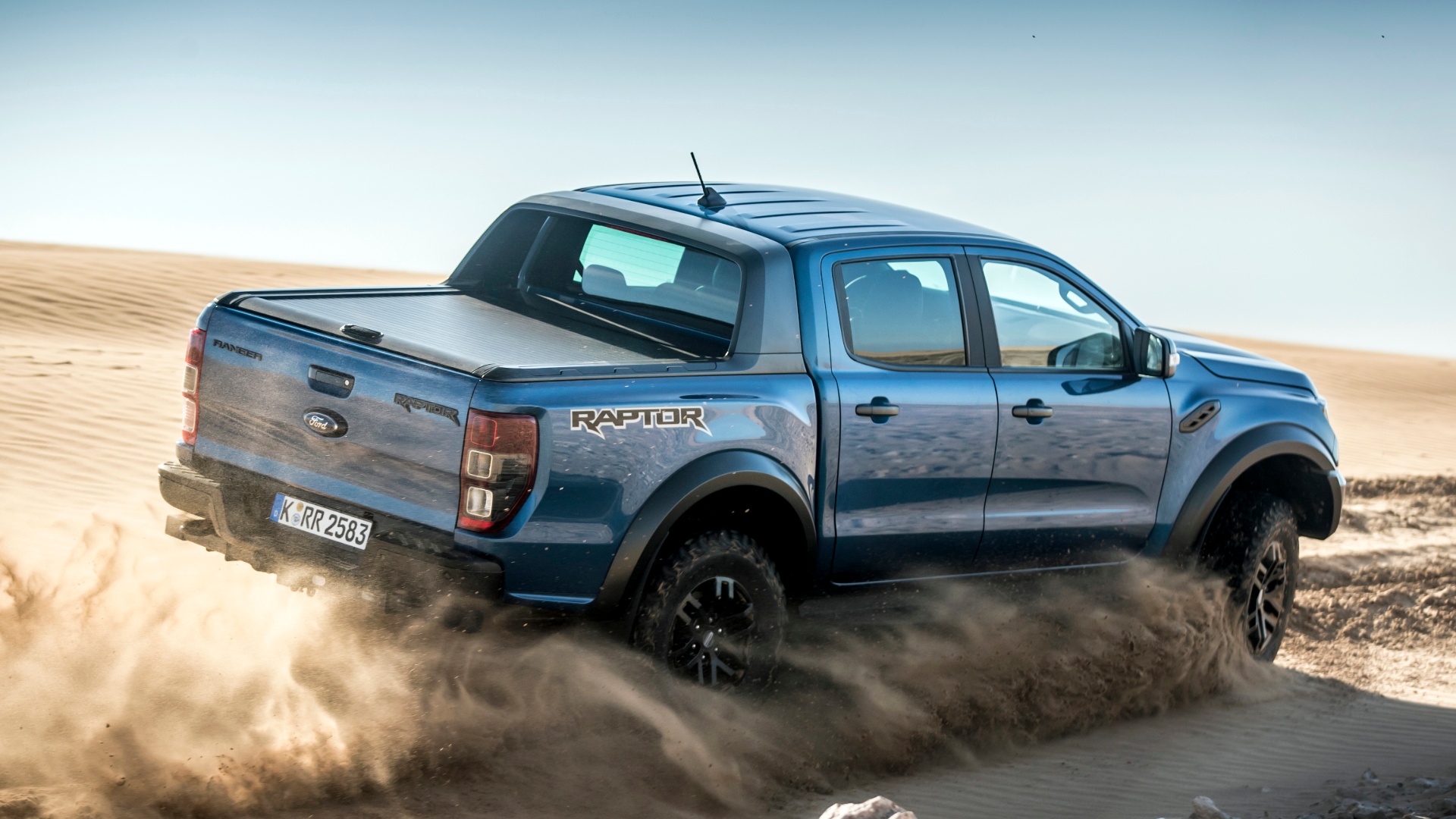 If you think acceleration on par with a middling Ford Focus stretches the definition of ‘performance’ (and indeed ‘bad-ass’), you’d be right. The Raptor will never out-drag a Mercedes-AMG GLC 63 or Jaguar F-Pace SVR from the lights.

When it comes to rough terrain, though – the sort that makes the surface of the moon look hospitable – it’s almost without equal. Where gaudy SUVs kerb their 21-inch alloys then promptly admit defeat, the ultimate Ranger, like a cartoon superhero, blasts gleefully into the distance. 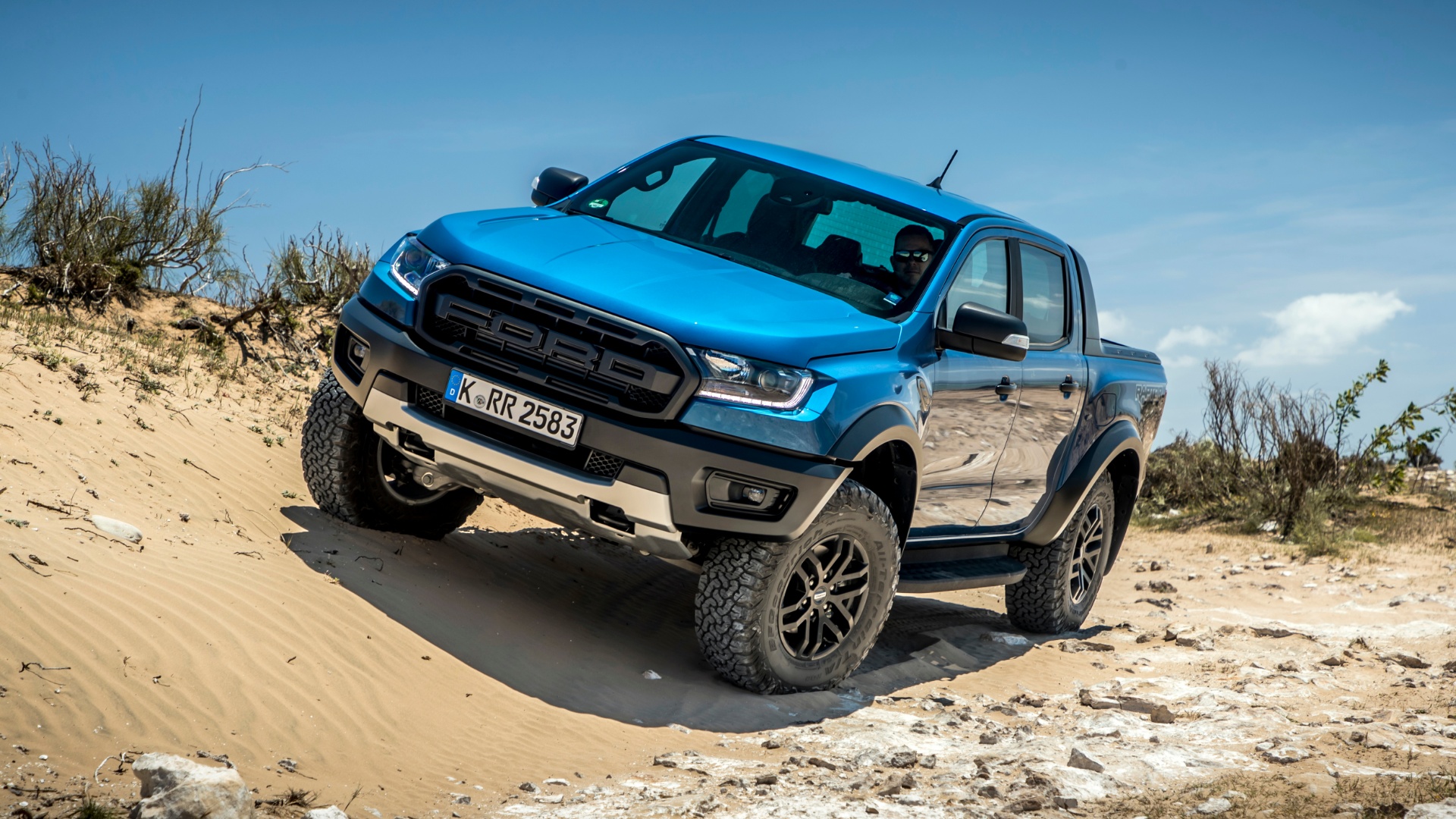 Key to the Ford’s cross-country pace are race-bred Fox shock absorbers, which allow 32 percent more travel at the front and 18 percent at the rear. They’re supported by tough aluminium control arms and bespoke Watt’s linkage rear suspension, along with a reinforced steel chassis frame.

Brakes are also beefed-up, with twin-piston front calipers and rear discs (where the standard Ranger has drums). 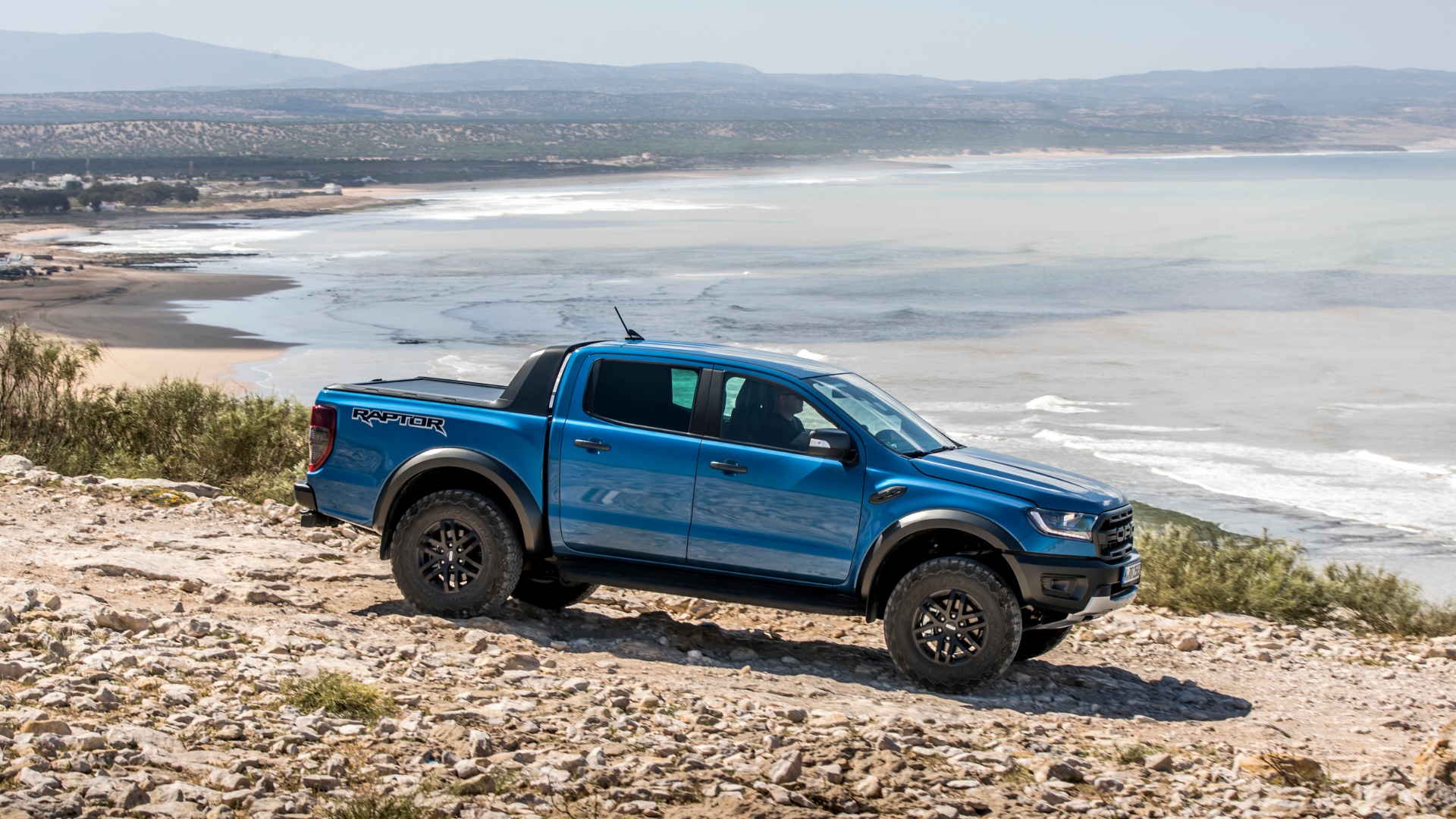 Hanging on that hardware are 8.5 x 17-inch wheels, plus 285/70 R17 BF Goodrich all-terrain tires specially developed for the Raptor.

It has a 150mm wider track and rides 51mm higher than stock, giving 283mm total ground clearance and a 850mm wading depth. Approach and departure angles are 32.5 degrees and 24 degrees respectively. 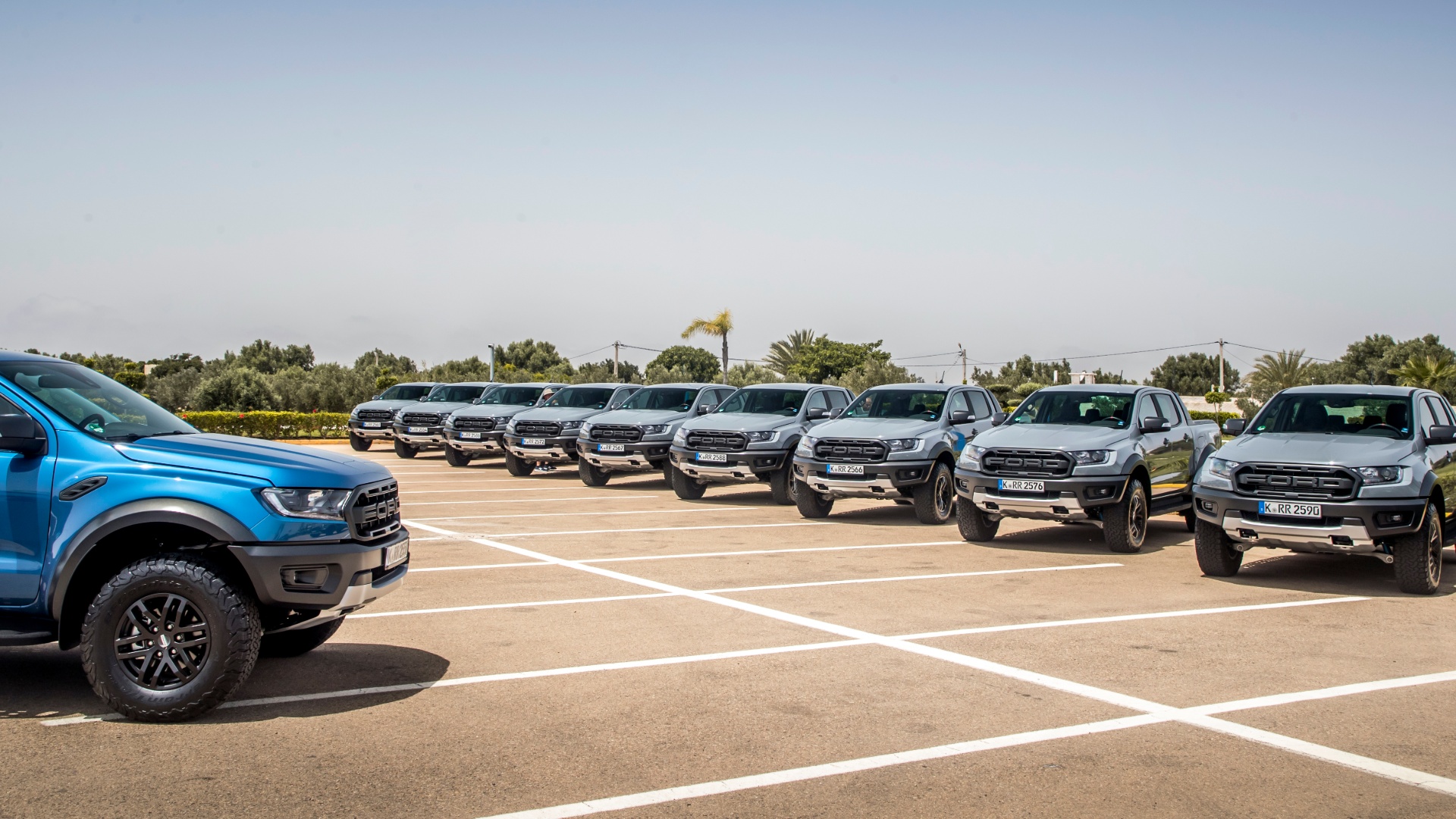 So, enough stats: time to get behind the wheel. My journey starts in Essaouira, a walled harbour and UNESCO World Heritage Site on the North Atlantic coast.

Back in the 60s and 70s, it was a haven for tripped-out hippies and musicians, including Cat Stevens, Jimi Hendrix and the Rolling Stones. An ‘appropriate’ in-car playlist has already been downloaded, I’m told. Let’s rock. 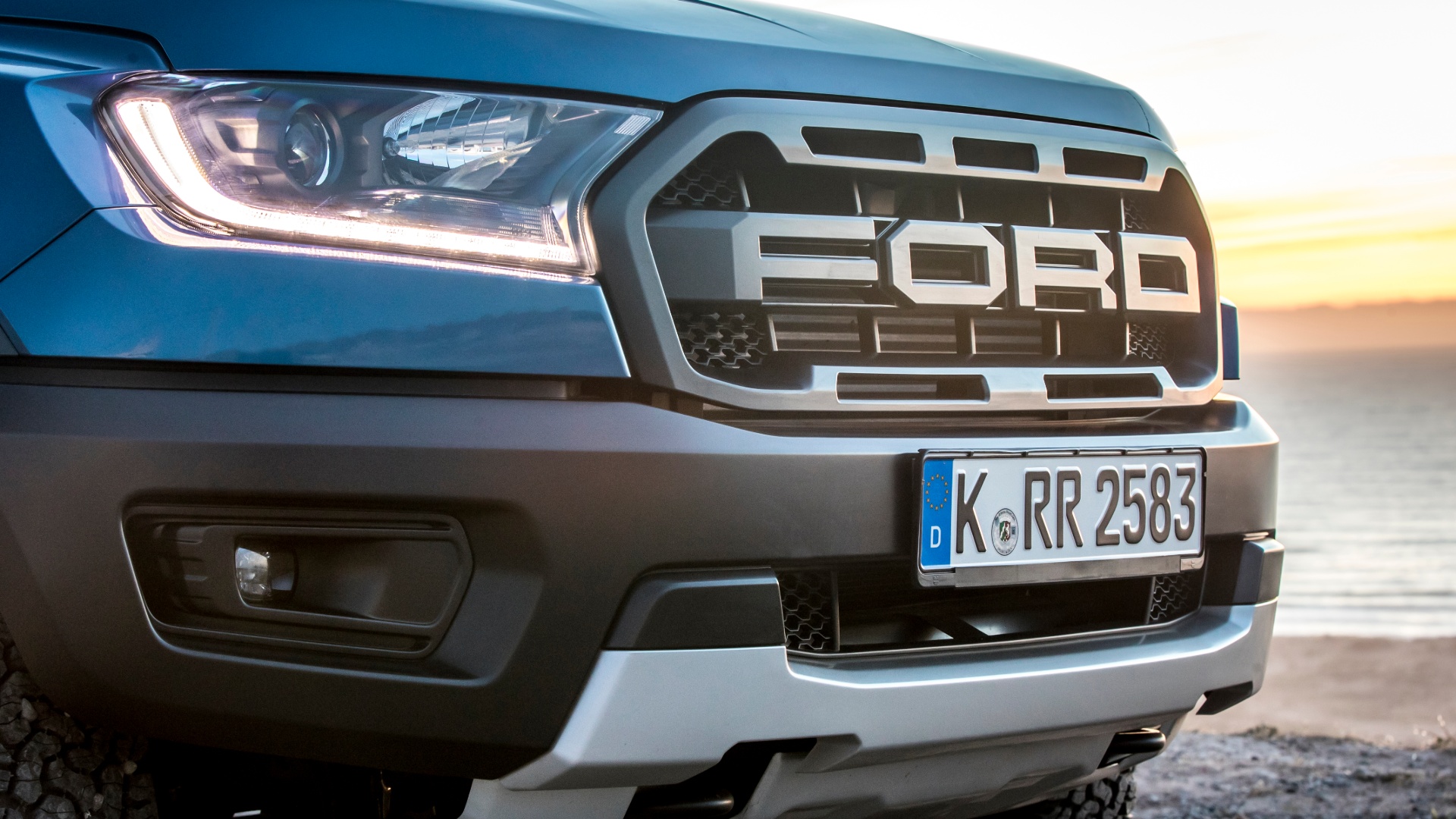 My Raptor is signature Ford Performance Blue, but you can also choose Conquer Grey, Shadow Black, Frozen White and Colorado Red. Either way, it looks awesome: unabashedly uncouth and subtle as a Mike Tyson uppercut.

Belly of the beast 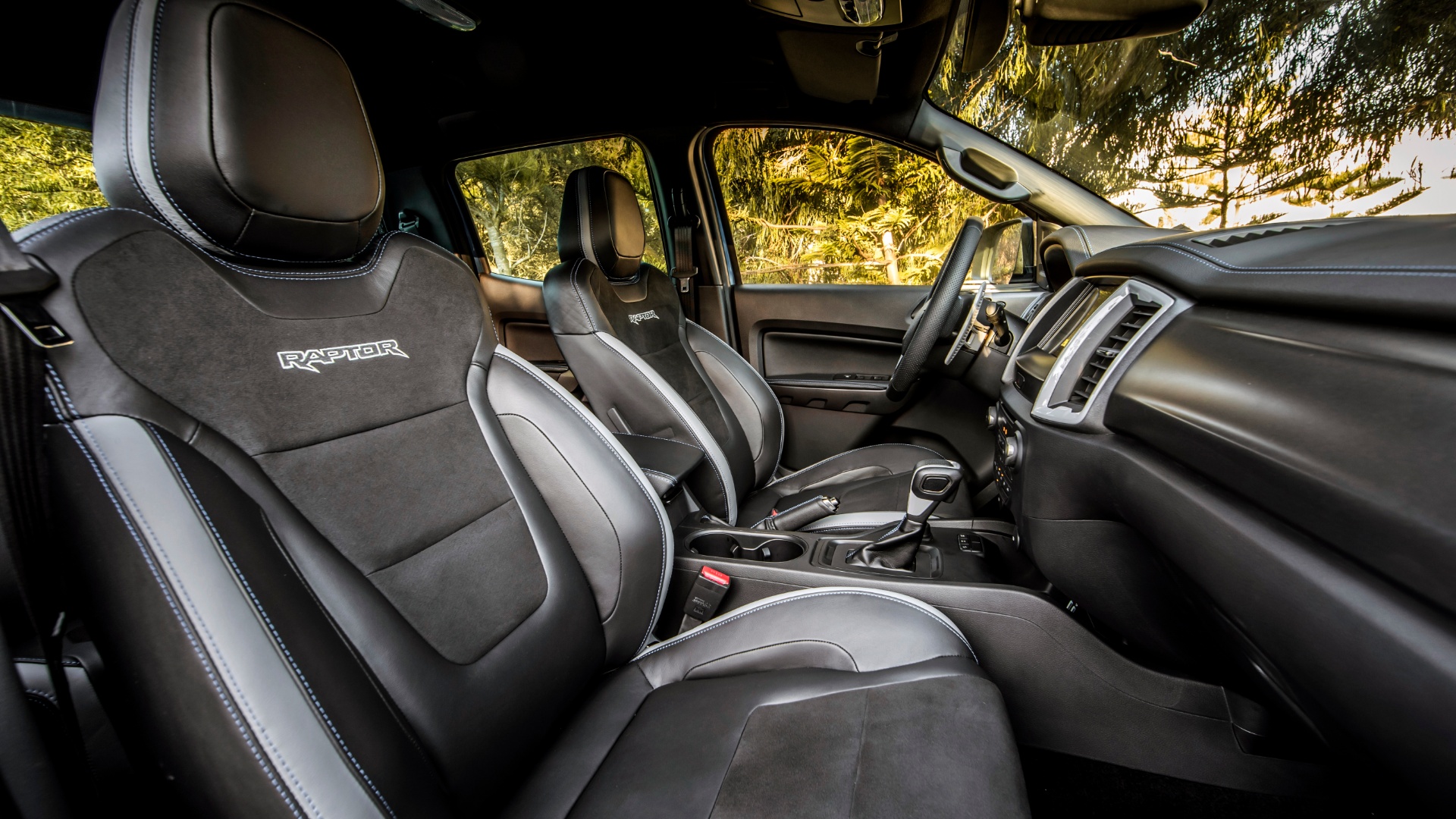 Inside, it’s more conventional. Sports seats with Raptor logos, blue stitching and a red centre marker on the steering wheel are the main clues you’re driving something special. Ford also flags up the ‘lightweight racing-style paddle shifters’, although they seem a token gesture in a 2,510kg truck.

Give peace a chance 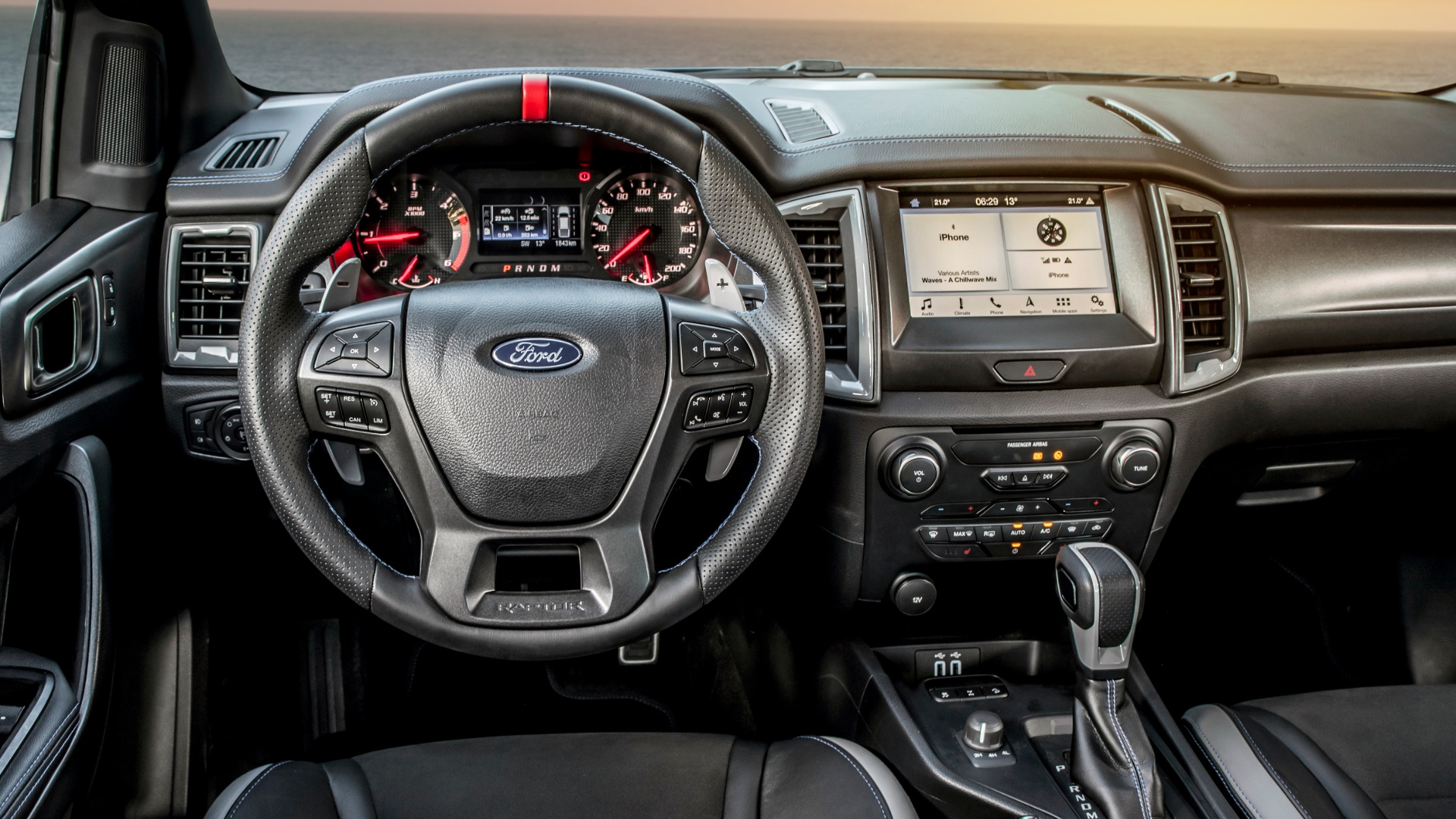 I press the power button and the stereo kicks into Steppenwolf’s ode to the open highway, Born to be Wild. An auspicious start.

Unfortunately, the next track, The Stones’ (I Can’t Get No) Satisfaction, is more apt for the roads around Essaouira, which are crammed with ancient Peugeot taxis, overloaded donkeys and suicidal stray dogs. If all those hippies sought peace, they surely didn’t find it here. 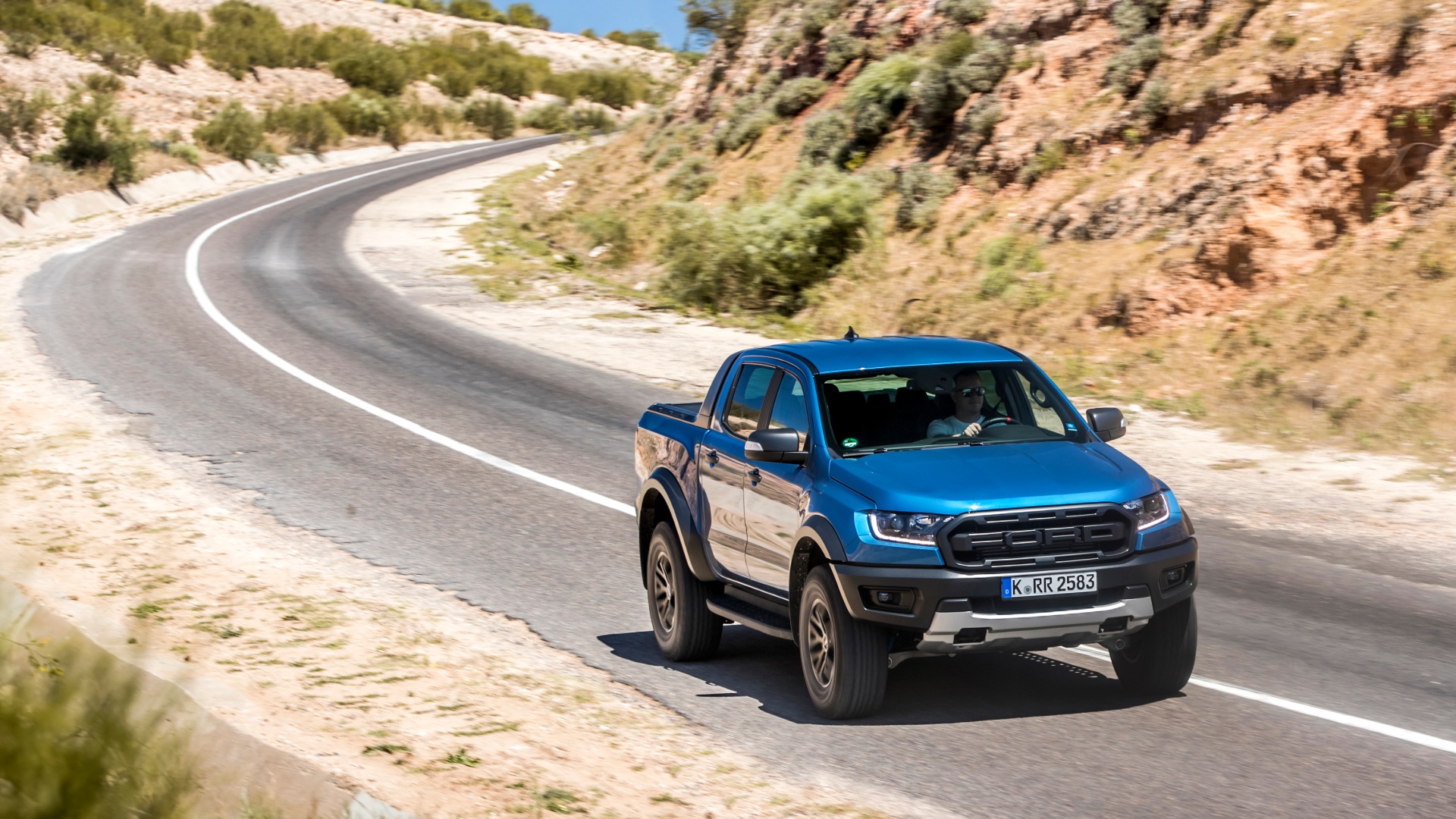 Nonetheless, the Ranger is well suited to urban adventure. Its lofty driving position offers superb visibility, while the tall tyres and loose-limbed suspension dispatch potholes, road debris and slow-witted canines (only joking, animal lovers!) with a nonchalant shrug. You can “ride like a millionaire”, says chief program engineer Damien Ross. Well, something like that.

The muscular diesel pulls lustily from low revs and gearshifts are smooth, despite the many ratios the ’box needs to juggle. Those bulkier bumpers provide useful extra protection, too.

Baby’s got the bends 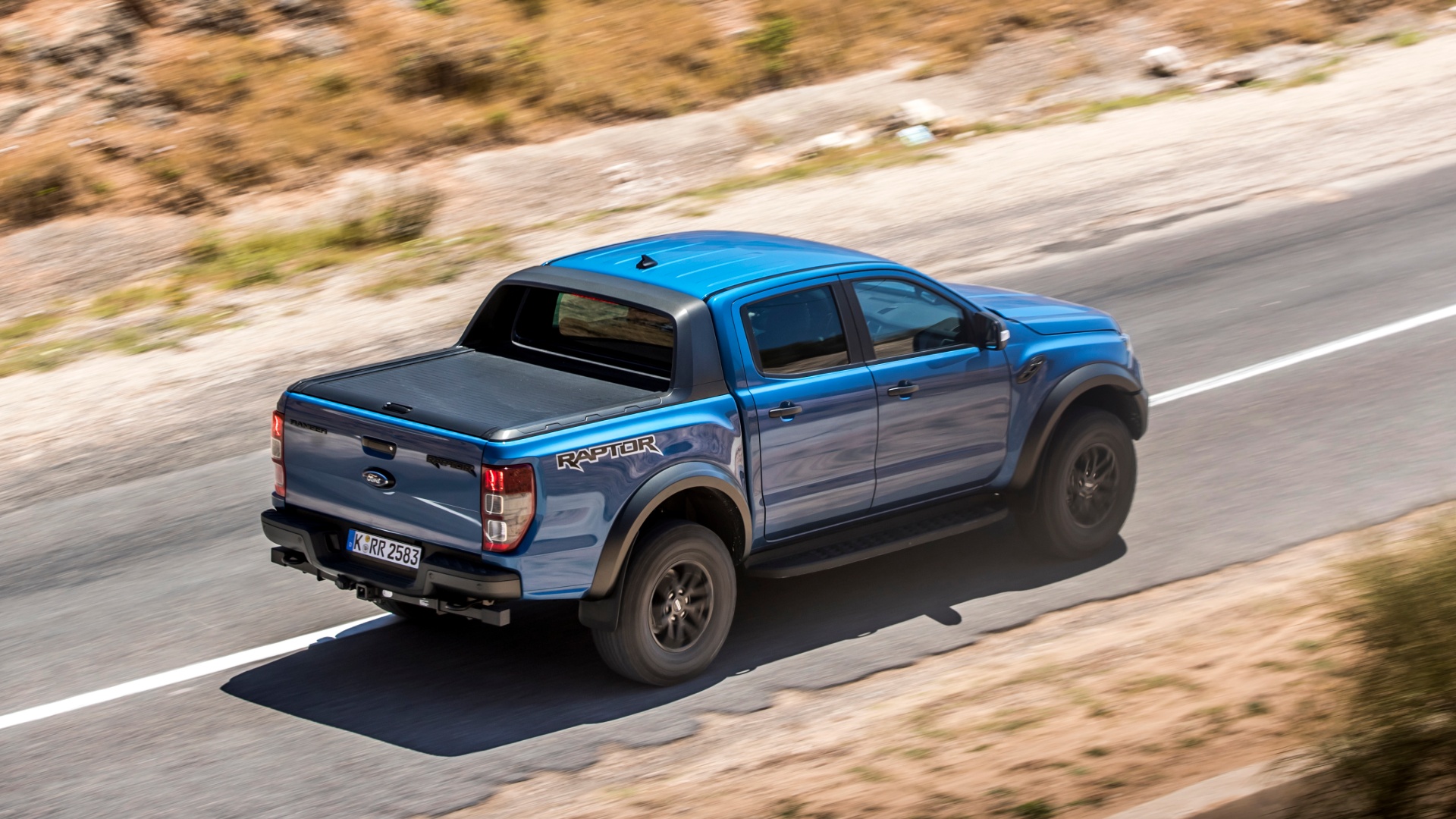 Traffic swiftly evaporates as I head south, past crumbling cafes and the odd bemused camel. Here, on writhing roads carved into the rocky landscape, the Raptor can be hustled along at surprising speed. There’s no shortage of body-roll and grip is ultimately limited by tyres groovier than Hendrix himself, but lucid steering and pliant damping make for an engaging drive.

It also sounds better you might expect: gruff and purposeful, with just a hint of V8 muscle car. I stop for photos in a small village and a gaggle of children swarms around the truck. Judging by all the thumbs-up, they clearly approve. 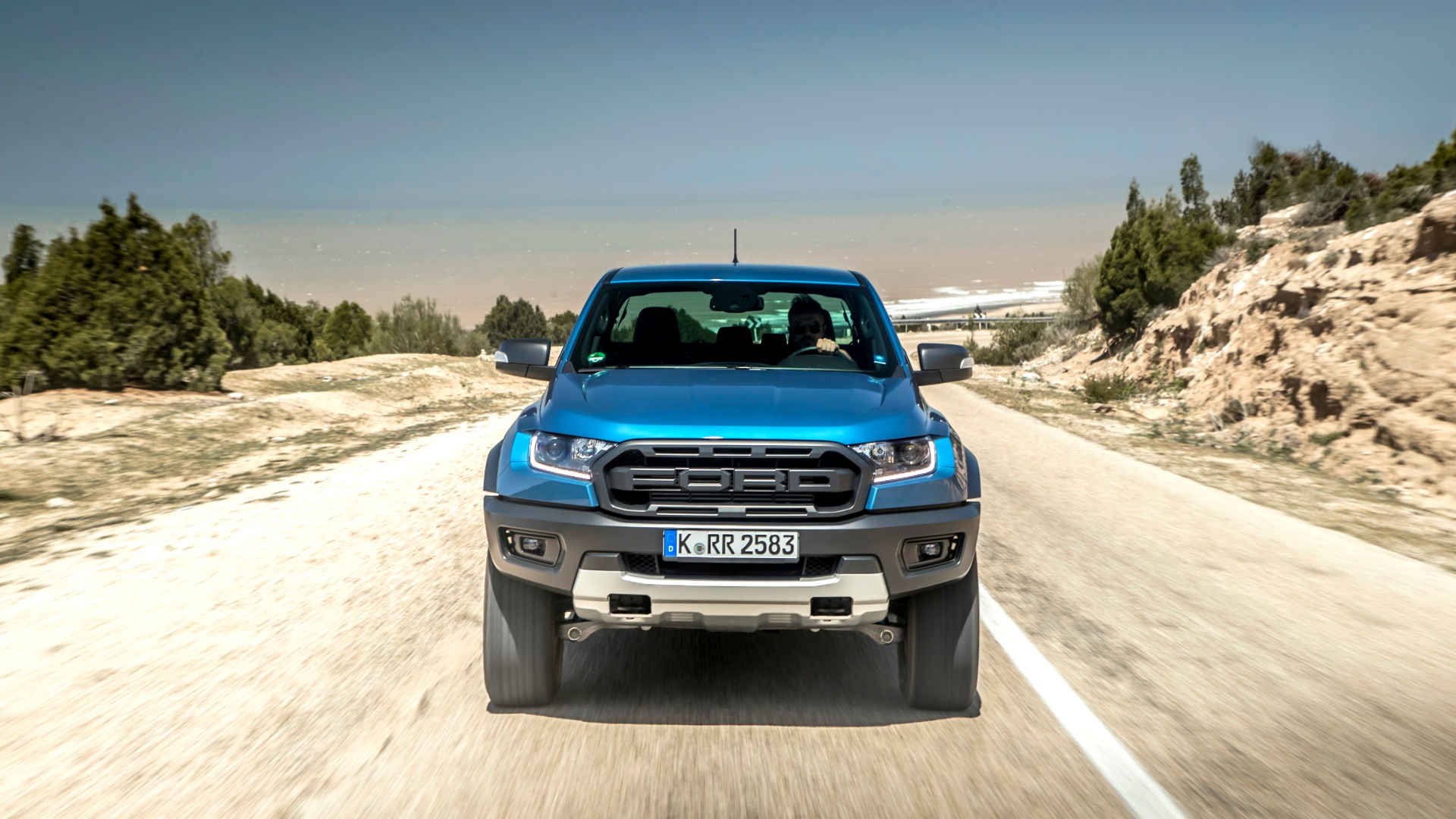 After a while, Tarmac turns to gravel, then the route becomes little more than a sandy track. The sun is fiercely intense now, too – even the cacti look parched. Out here without water or a mobile phone, you might last a few hours.

Being a lily-livered journalist, I’m travelling with a back-up crew of Ford technicians close at hand. For true trailblazers, though, the sat-nav has a ‘breadcrumb’ feature to retrace your tracks across uncharted areas.

Born in the Baja 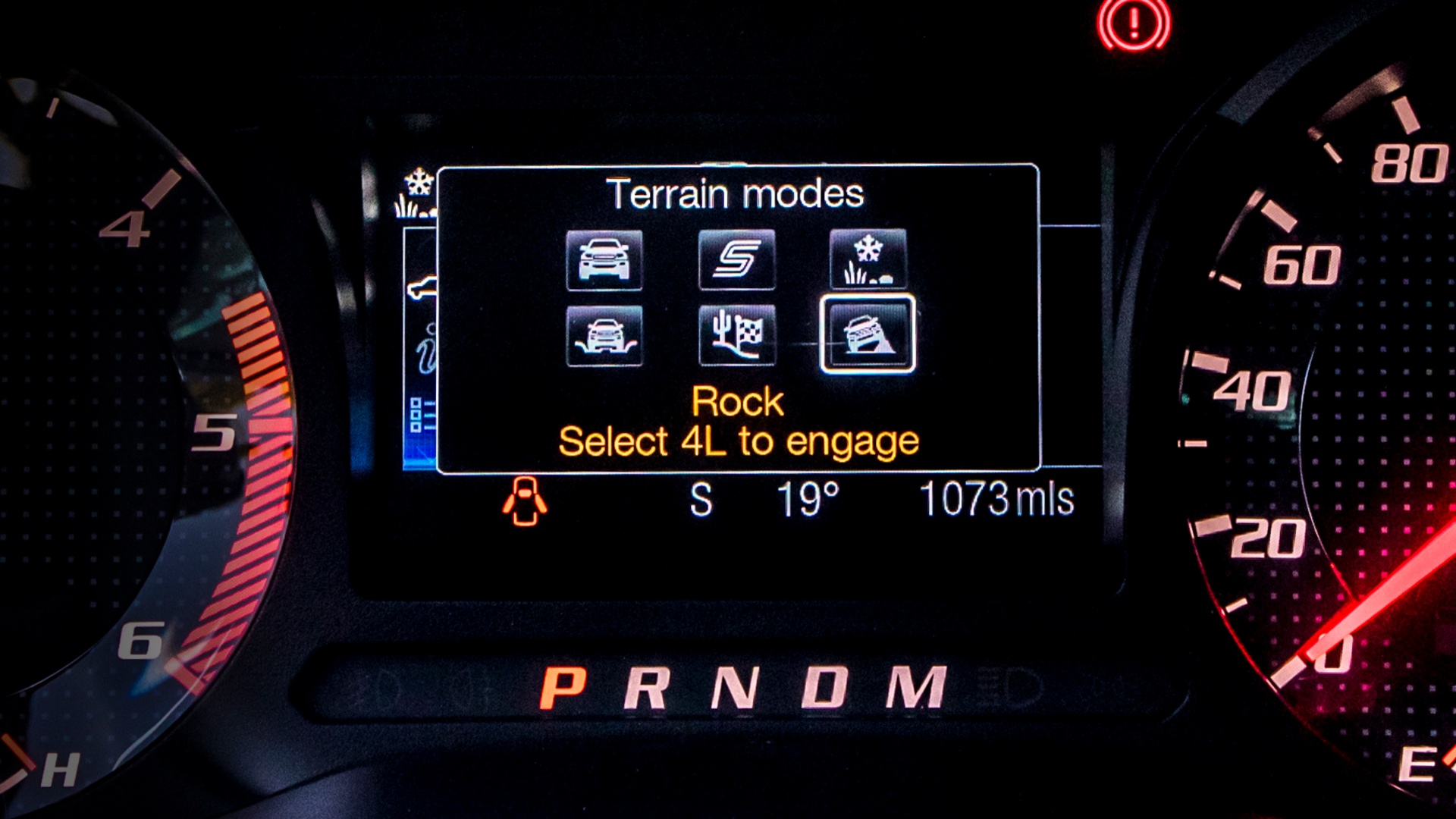 The Raptor’s Terrain Management System has six modes: Normal, Sport, Grass/Gravel/Snow, Mud/Sand, Rocks and Baja. Selected via a button the steering wheel, each adjusts the four-wheel-drive, traction and stability systems to suit the conditions.

Baja mode – named after Mexico’s Baja California desert, a mecca for off-road racing – is the most extreme, deactivating stability control for ‘maximum thrills’.

For those about to rock 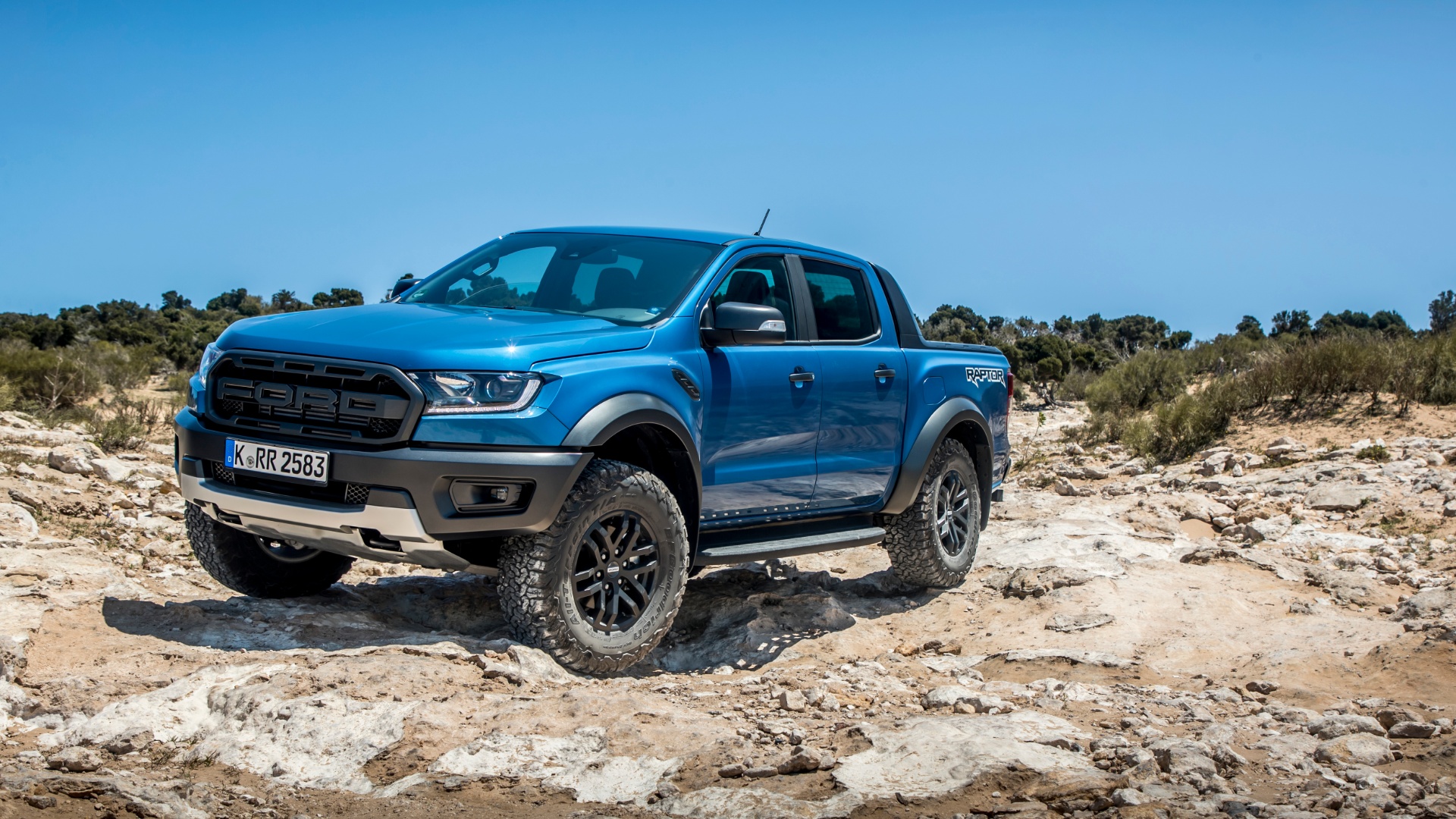 The coastal dunes and Ford’s dedicated ‘Baja playground’ lie ahead, but they’re the other side of a barren, boulder-strewn valley. Frankly, it looks treacherous on foot, let alone by truck. I switch into Rock mode, select low-range and gingerly begin the descent.

Pitching back and forth while simultaneously lolling from side to side, I’m getting a core workout equal to anything I’ve managed at the gym – and all at less than 5mph.

Up the creek with a paddle 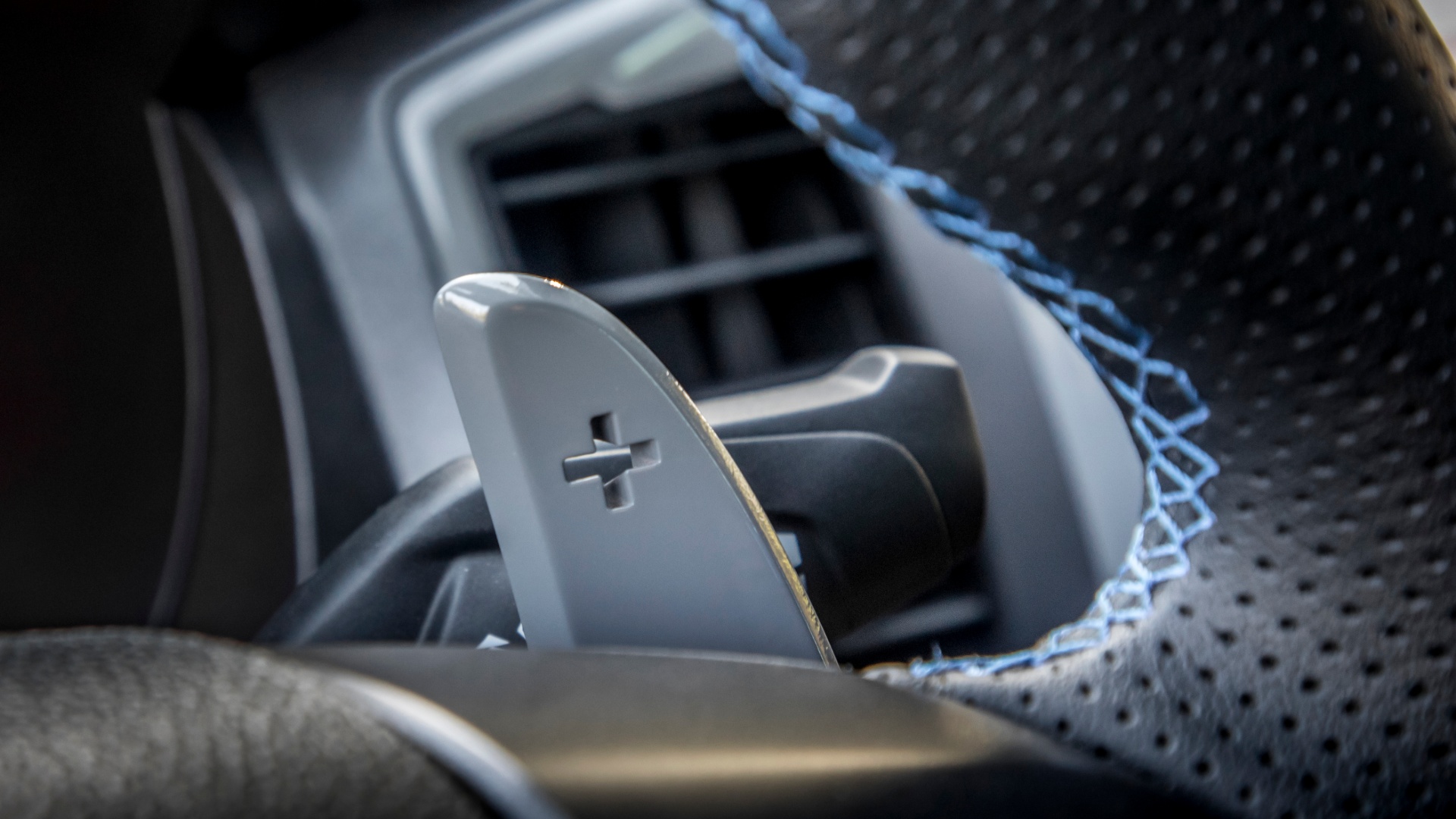 Picking the right path is vital here, and my eyes constantly dart to the next razor-sharp rock, waiting for a deflating hiss that never comes. Blimey, these tyres are tough.

Rock mode holds onto first gear, but I use the long, tactile paddles to shift up as the beach looms into view and rocks turn steadily to sand. This is terrain even a Toyota Hilux would baulk at, yet the Raptor makes it look easy. Still, the toughest part is yet to come… 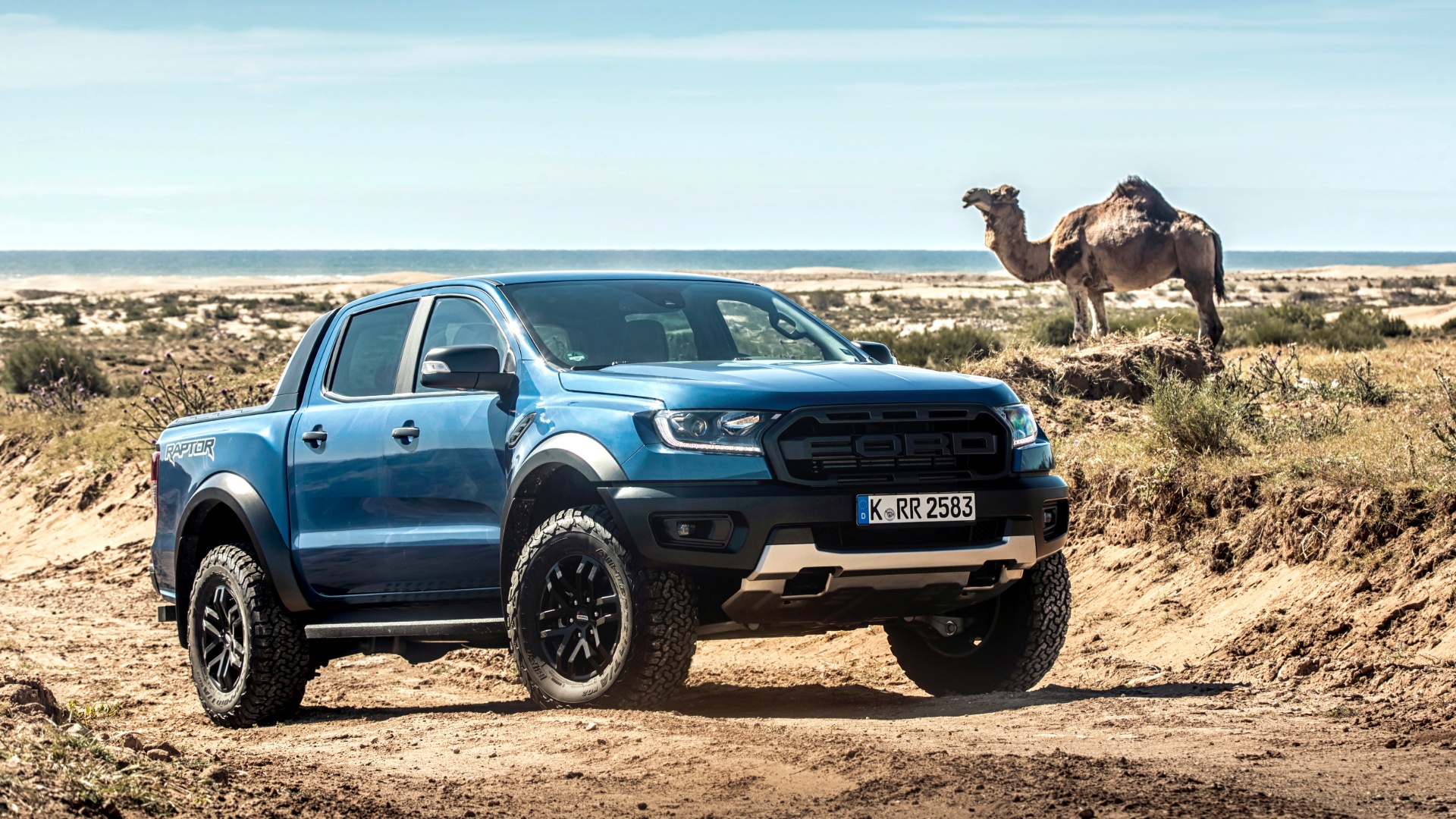 Arriving at our makeshift camp, I gulp sweet Moroccan tea and watch the waves roll in. A couple of camels are belching contentedly nearby, next to a metal sculpture of a velociraptor. In reality, the Raptor is named after an American military plane, not the predator from Jurassic Park, but I’ll let it pass.

There’s a strong sea breeze here – Essaouira is the windiest city in Africa and popular with surfers – and I can almost see the dunes ahead shifting. “We take different routes every time,” explains our guide. “The sand always changes shape; it never stays still.” I climb back into the Ranger and prepare for take-off. 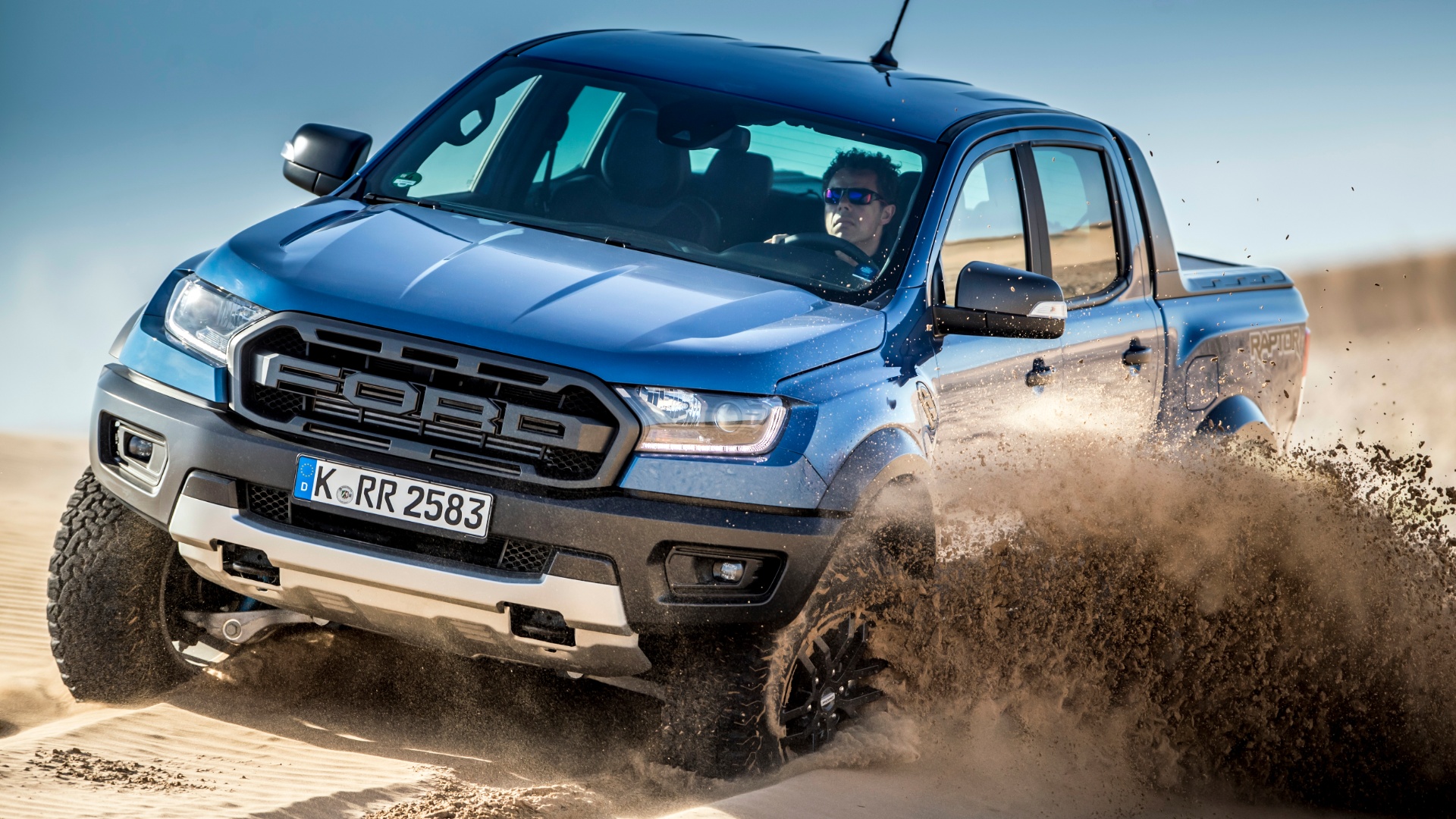 Go! With Baja mode engaged, I gun the engine and head directly for the dunes. A rooster tail erupts from the rear wheels as the rev counter leaps upwards like a pinball flipper. The Raptor bounces over a hidden hump and thumps down into knee-deep ruts, the steering wheel squirming in my hands as I fight to stay on-course. I then make the mistake of turning too hard and lurch into a lurid tail-slide.

The temptation is too back off, but I can feel the loose sand clawing at the tires. Out here, it’s go hard or go home.

Fly me to the dune 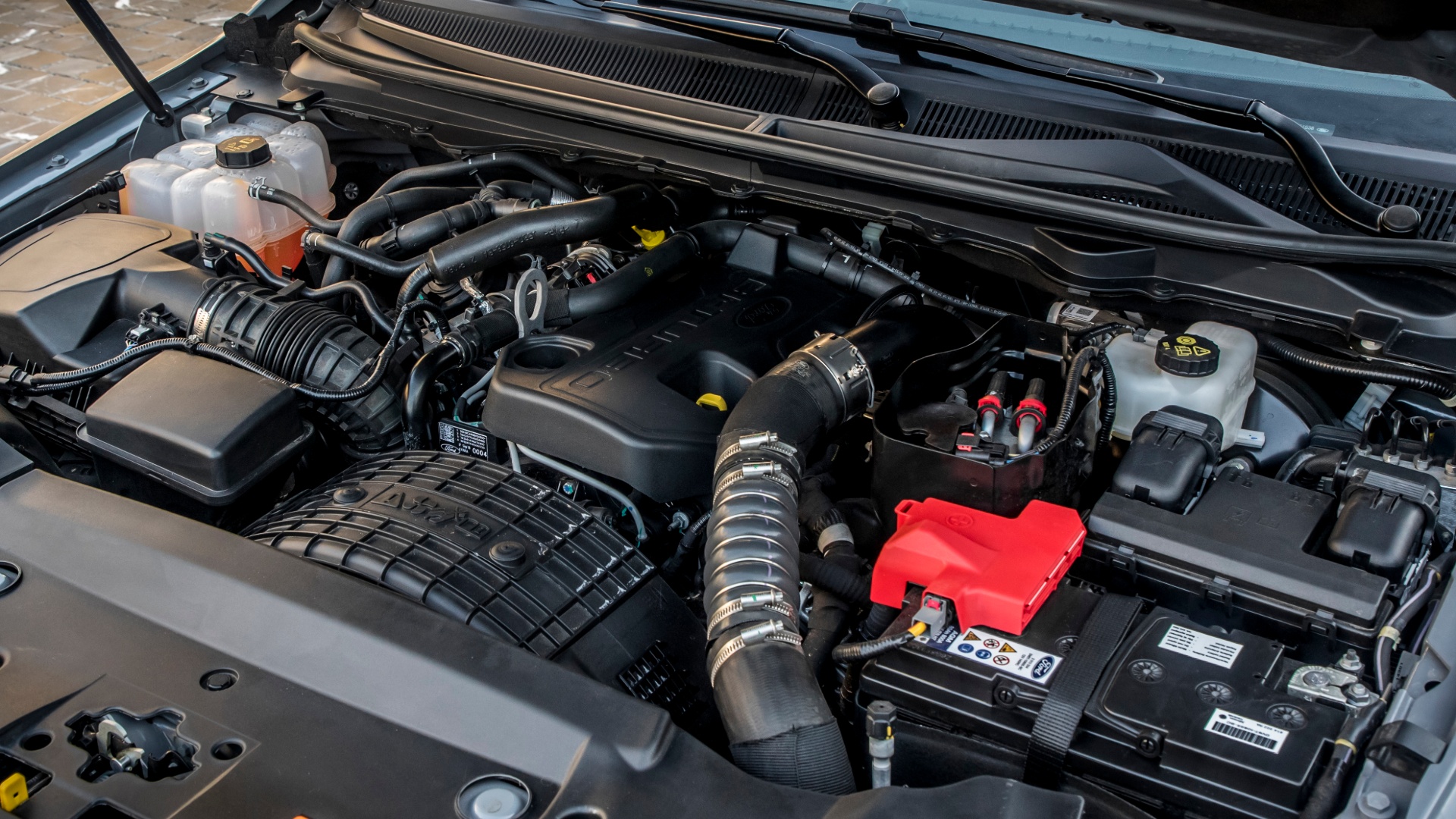 The adrenalin rush is absolute: plodding along a Welsh green lane will never feel the same again. Several times I’m sure the Raptor will bog down or bottom-out, but it always seems to muster enough axle articulation – and enough grip – to maintain momentum.

The diesel engine is constantly near the redline and I suspect fuel economy is taking a beating on par with those Fox shocks (the official figure is 31.7mpg). Still as Damien Ross points out: “You could travel a lot further across the desert without refueling than a petrol V8”.

Slalom on the sand 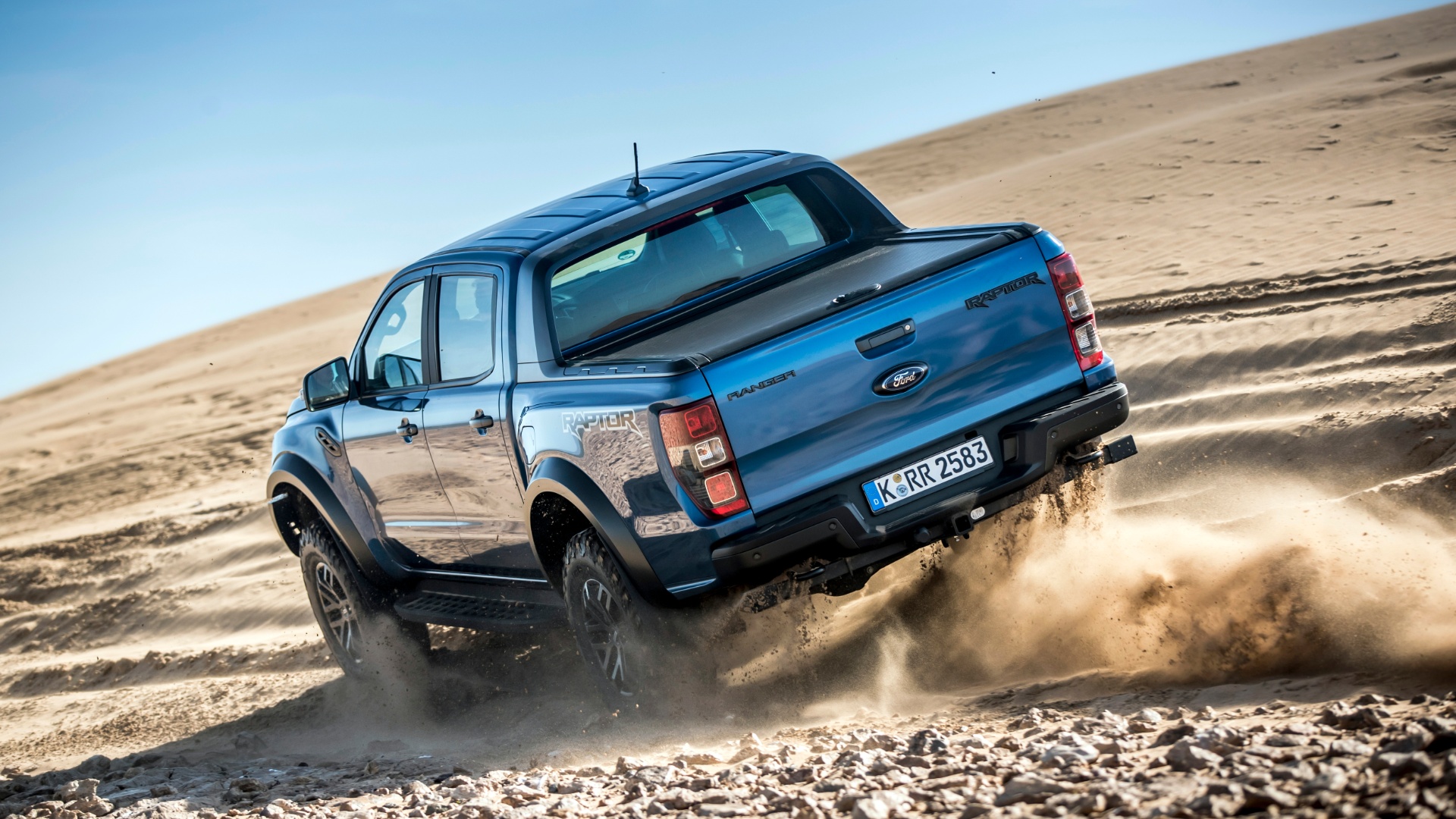 For the final leg of the route, I join a small convoy of other journalists. We head north along the wide, flat beach, passing tiny shacks made from branches, blankets and discarded rubbish. Confronted by such poverty, driving a near-£50,000 truck seems borderline anti-social, but the locals have no such qualms: they simply grin and gesture us to go faster.

The sight of four Raptors ahead, sliding in synchonised slalom across the damp sand, is one I won’t forget anytime soon. 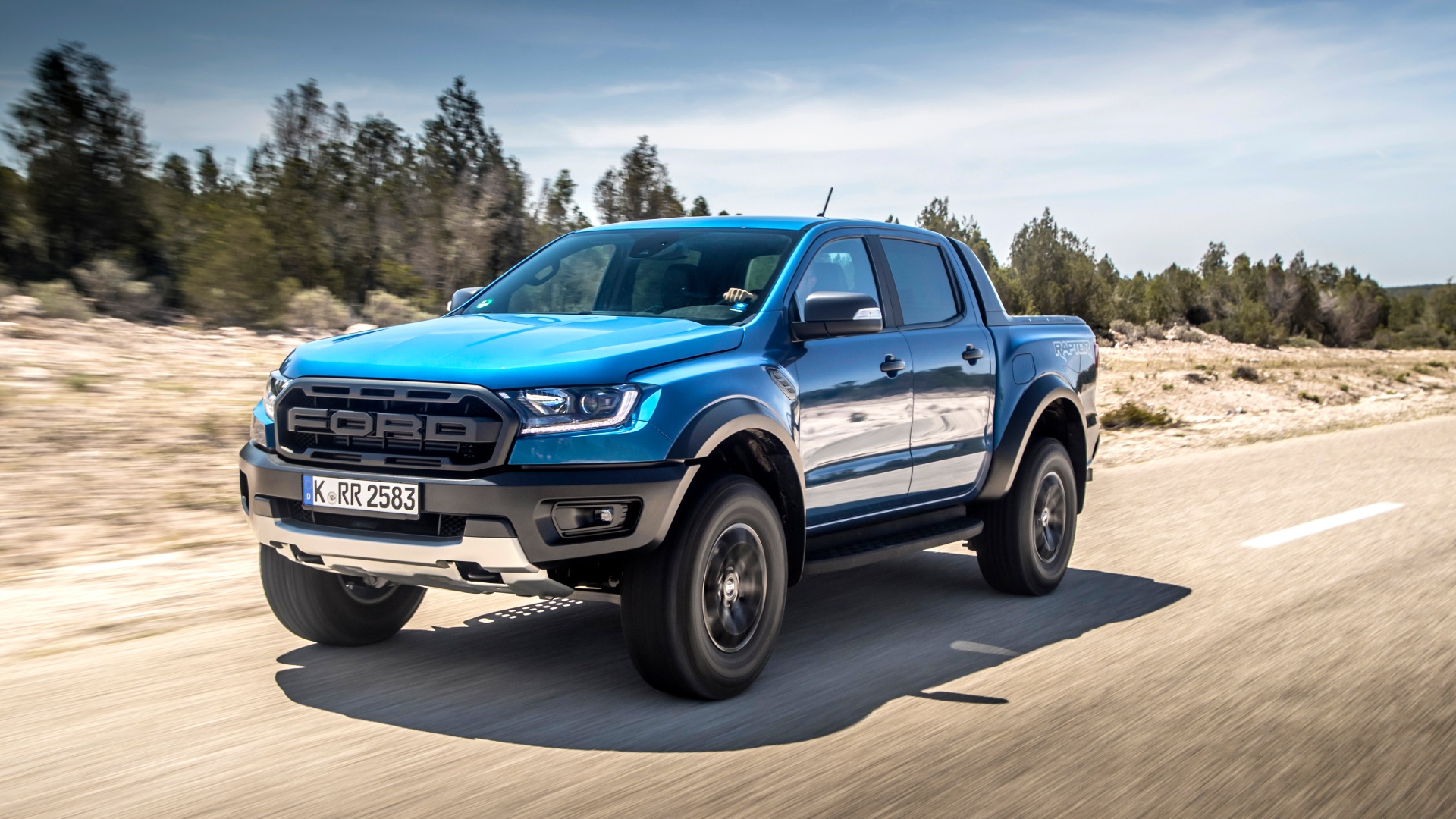 One last challenge lies ahead: a full-on, four-wheels-in-the-air jump over a dune. The others have gone first and, by now, I’ve become almost blasé about the Raptor’s capability.

Even so, there’s a brief second – maybe two seconds – of doubt as I’m suspended above the sand. The calm before the… wuumpf! The front wheels make contact first, then the rears land with a brief bounce and that’s it. No drama, just one bad-ass jump. Even if I do say so myself. 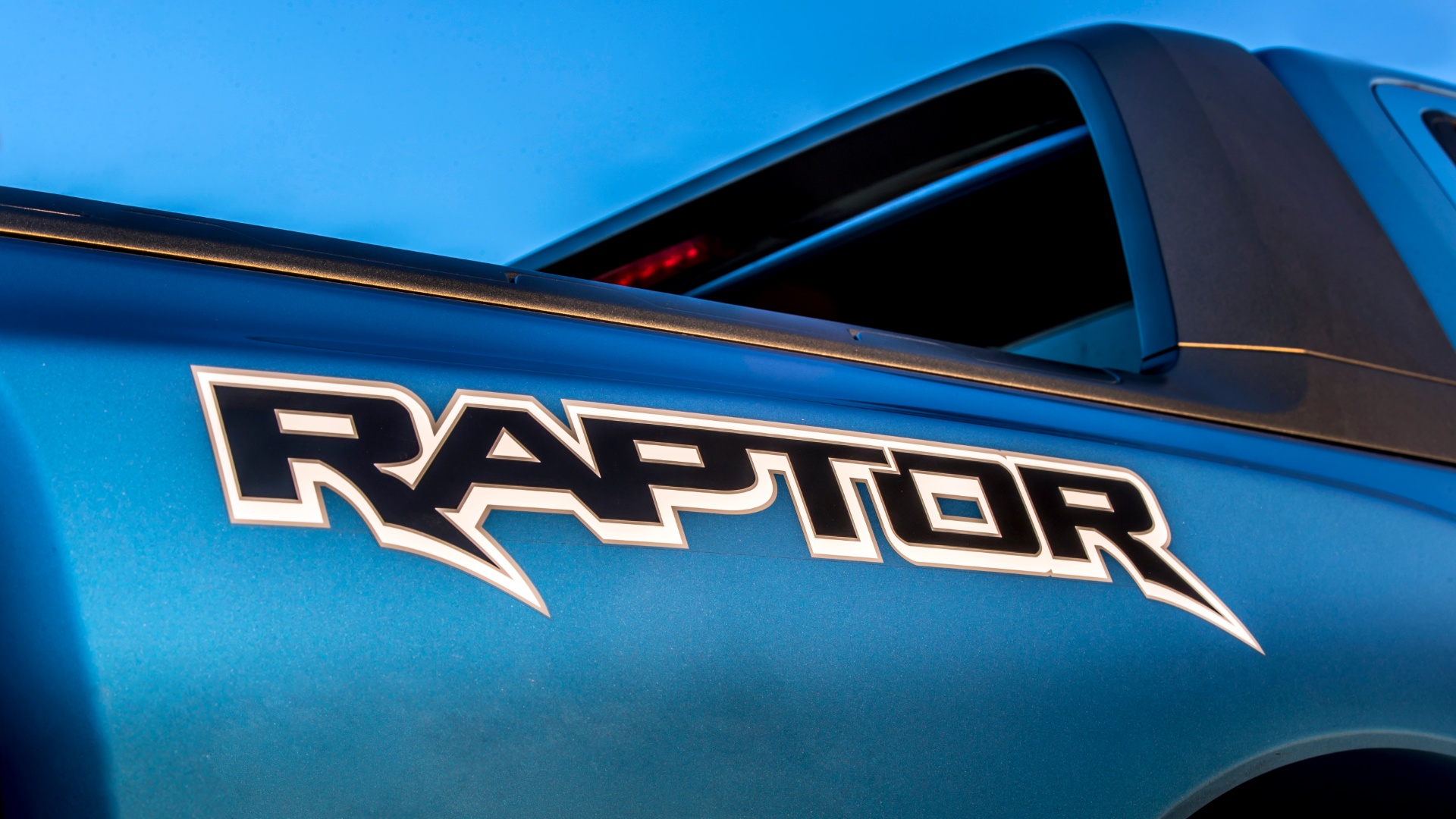 In the right environment, this pumped-up pick-up is as exciting as any supercar. And yes, there is nowhere in Britain you can drive like this, but that doesn’t stop me wanting one.

So, forget that Ferrari, buy the Ford and spend the money you saved on shipping costs to Morocco or Baja. You will never experience driving quite like it.