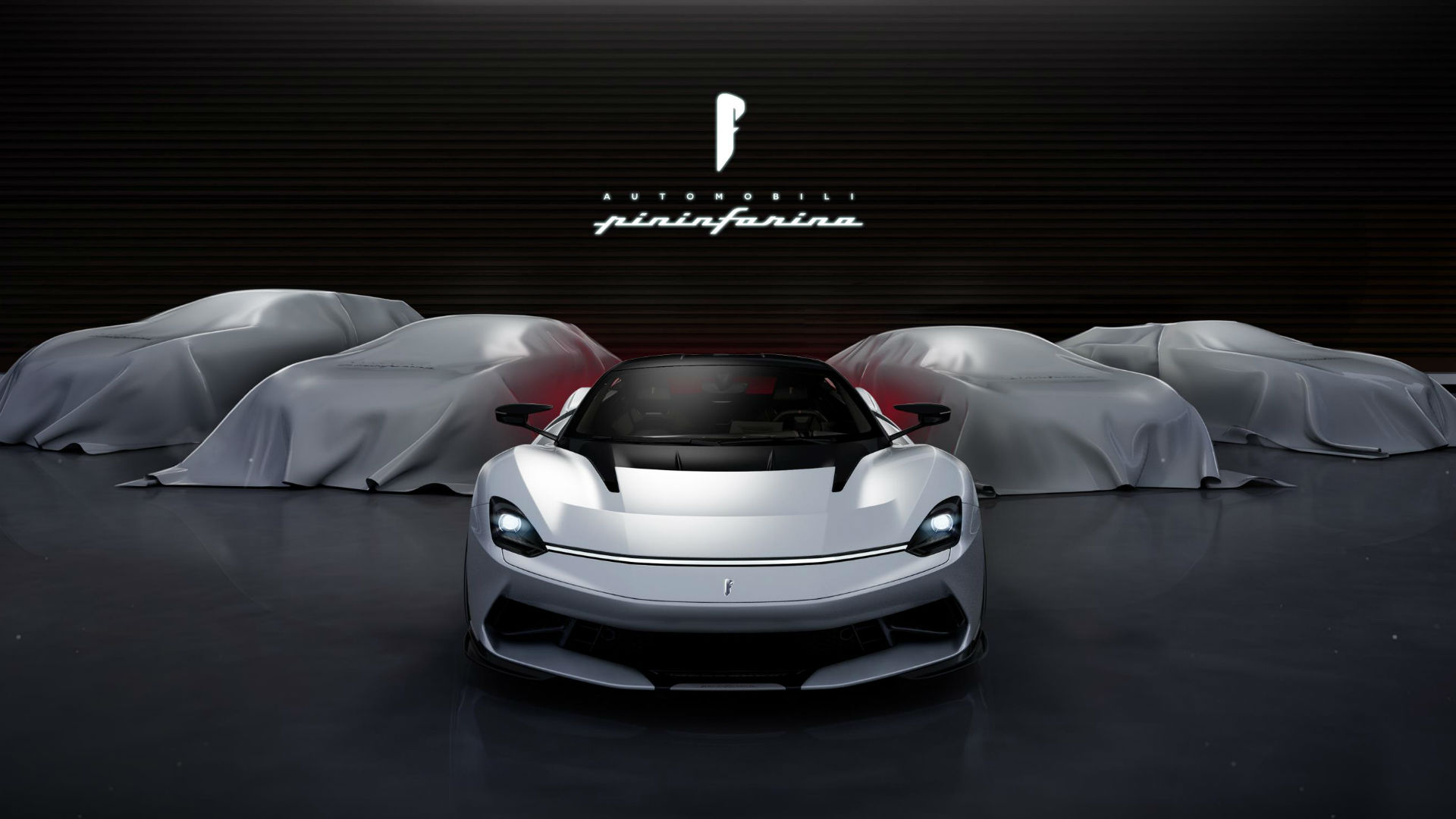 The electric car race is gathering pace. Gone are the days when the electric car market was dominated by a few manufacturers. By this time next year, a host of new names will have joined the all-electric party, including Volkswagen, Honda and Ford.

Here, we’ve assembled some of the most exciting new electric cars, ranging from affordable superminis to expensive supercars. Ladies and gentlemen, charge your glasses as we toast the electric new year. 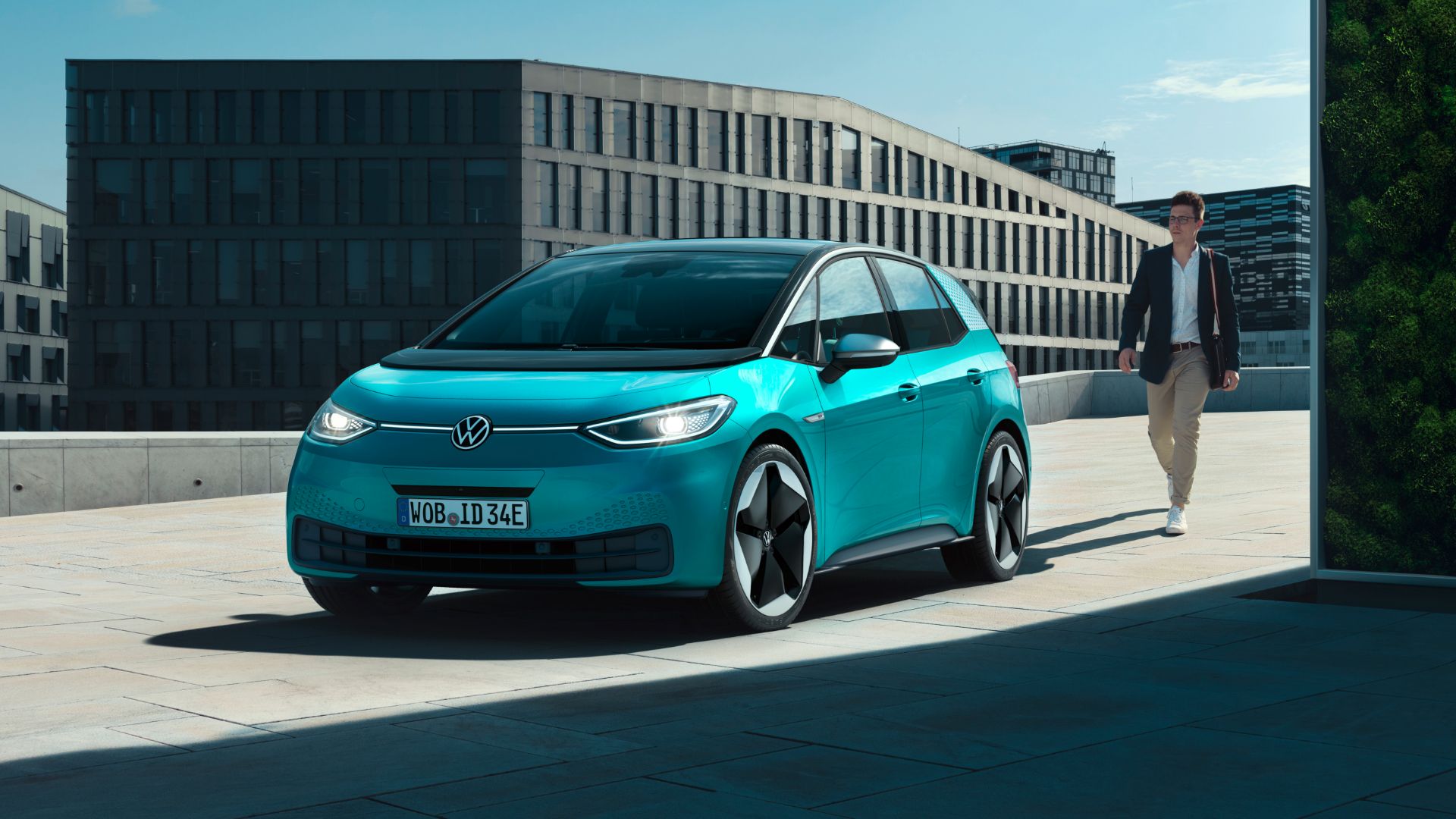 It might not be the most exciting new electric car, but it’s what the Volkswagen ID.3 can do for the entire industry that’s most intriguing. Volkswagen claims it will have the same impact as the Beetle and the Golf – hence the ID.3 name – and it will be interesting to see if it has any impact on sales of the new Mk8 Golf. Up to 341 miles of range is available, with top-end first edition cars available from £35,000. 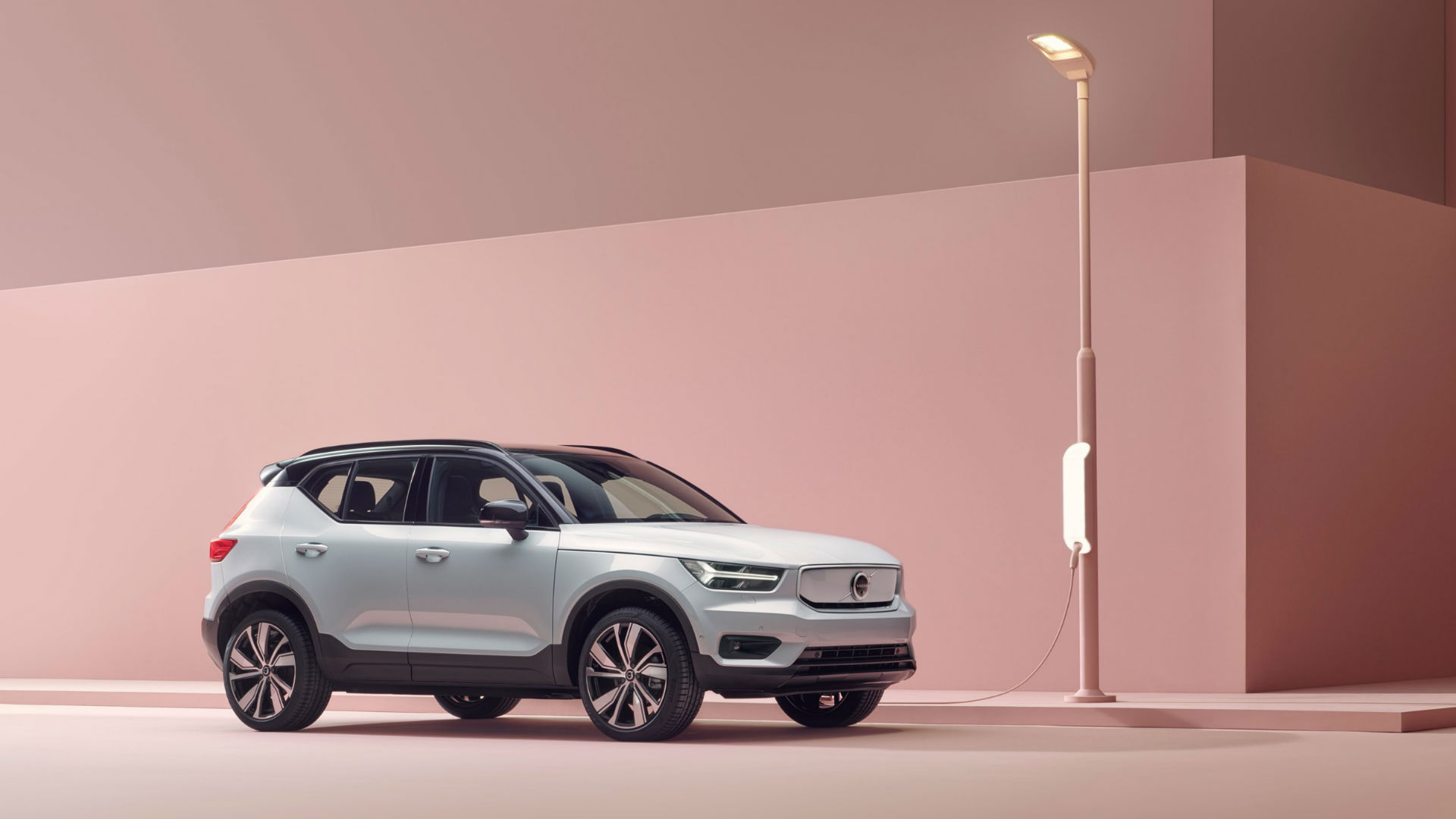 Volvo’s first all-electric car combines a 0-62 mph time of 4.9 seconds with an EV driving range of nearly 250 miles. The XC40 Recharge P8 AWD has two electric motors, giving a total output of 408 horsepower. Total battery capacity is 75 kWh, and Volvo says the batteries will recharge from zero to 80 percent in 40 minutes. It’s the first of a new range of all-electric Volvos, with the company launching one a year between now and 2025. 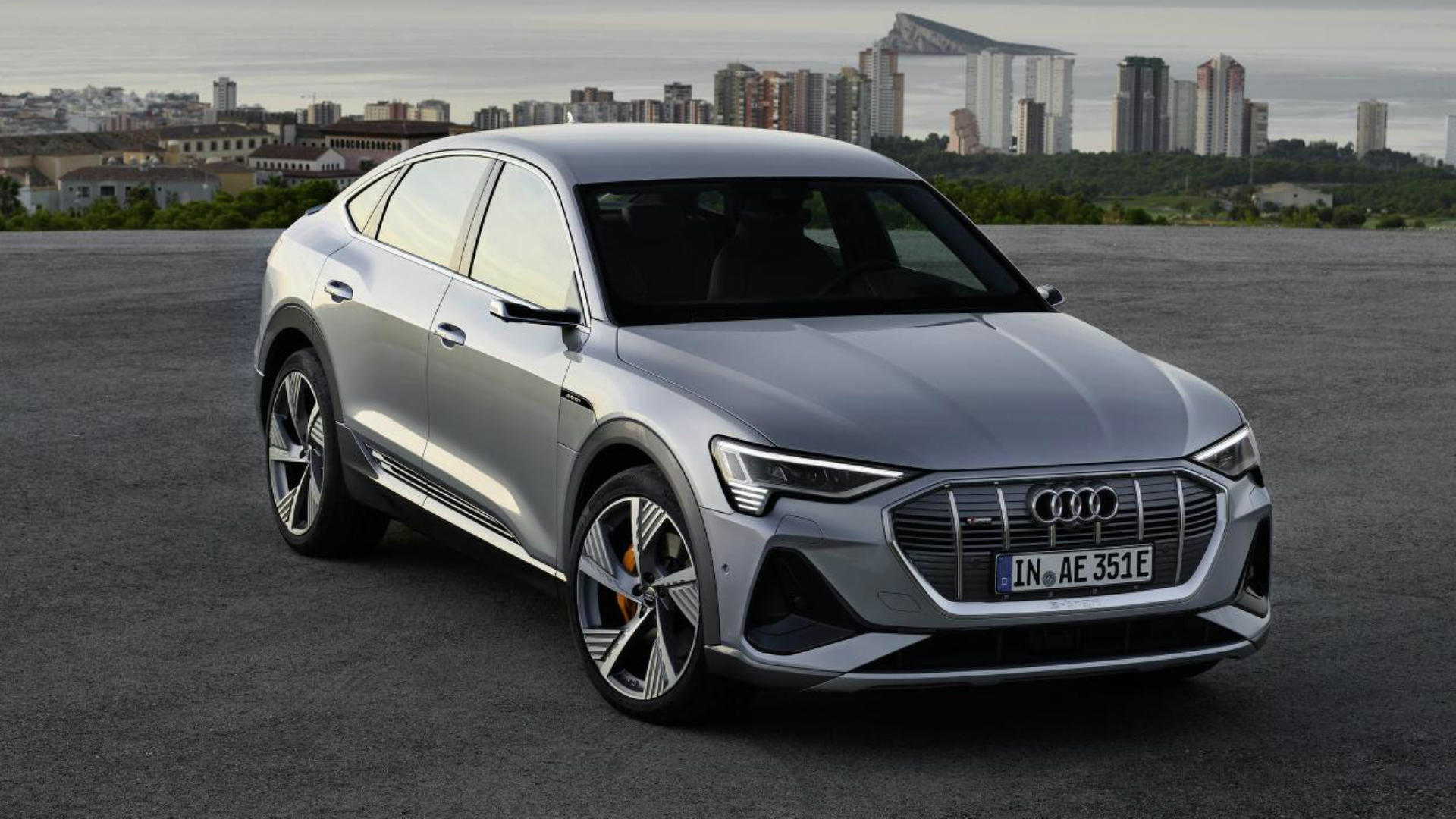 The Audi E-tron Sportback 55 follows the e-tron SUV as the company’s second all-electric vehicle. Improved aerodynamics add 6.2 miles to the range, giving a figure of 277 miles. Audi says maintaining keen dynamics and a sense of luxury are more important than maximum range, while the 615 litres of luggage capacity means the E-tron Sportback is as practical as more conventional rivals. 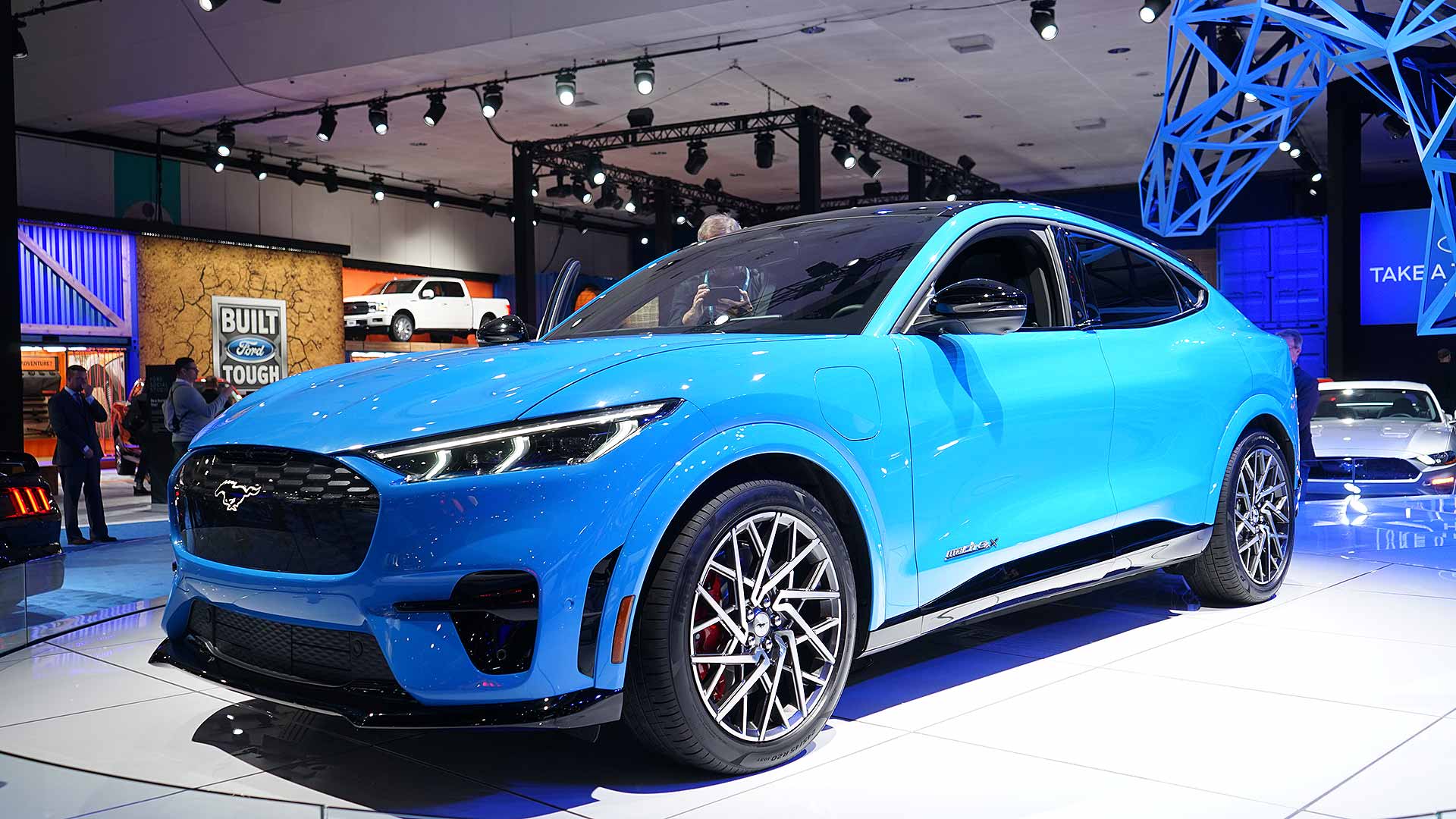 The fact that this iconic Ford has gone electric continues to raise a few eyebrows, but the use of the Mustang name makes sense. As does the fact that it’s an electric SUV, because that’s what the world wants. Available with a choice of two batteries and three power outputs, the Mach-E could offer up to 370 miles of electric range. It’s packed with the latest tech, while practicality is guaranteed thanks to a large 402-litre boot and a 100-litre ‘frunk’. 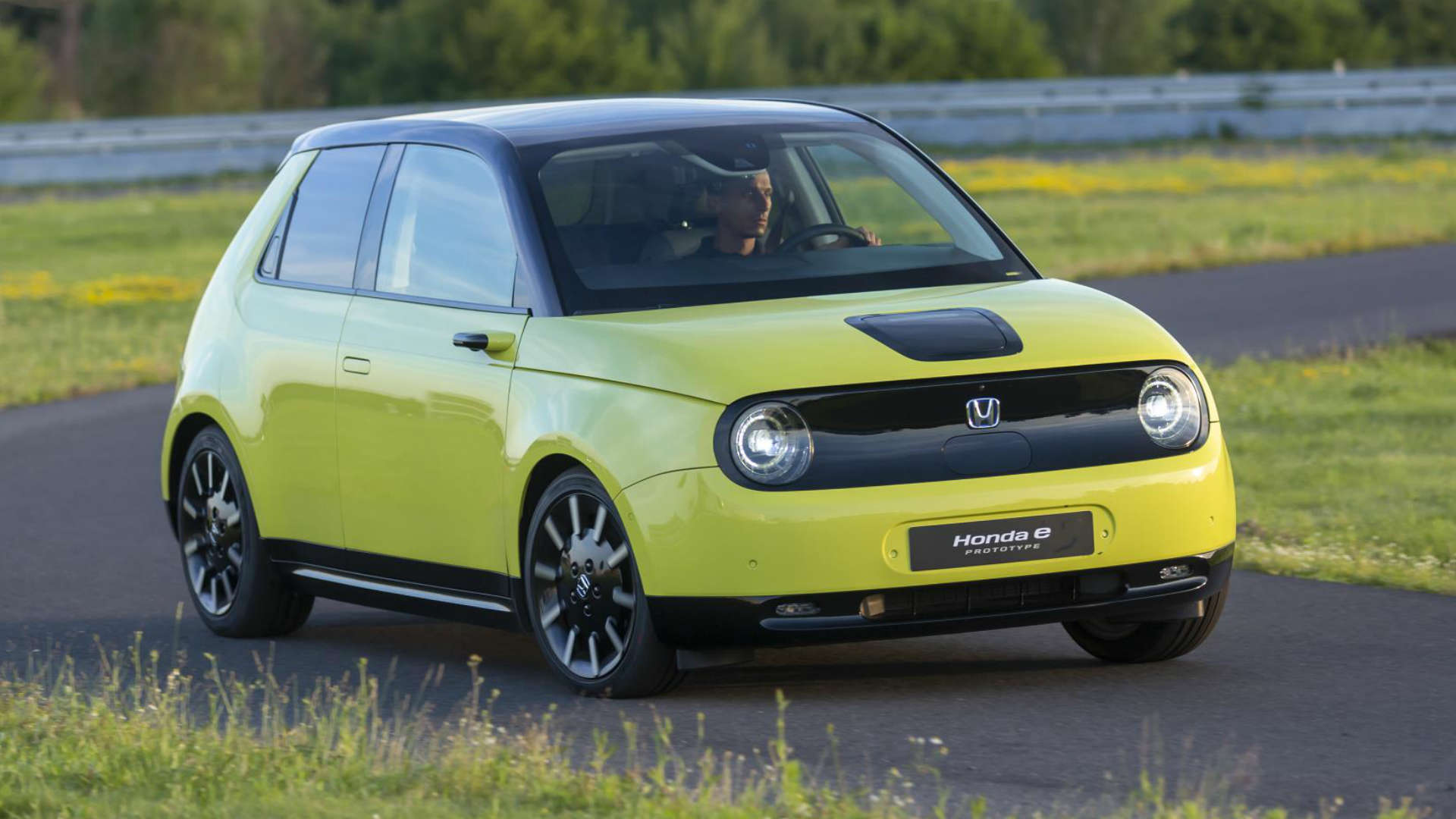 We’ve driven a Honda e in prototype form. Our verdict: “It’s as appealing to drive as it is to look at and sit in. It looks characterful, and its on-road performance is distinctive too, particularly the comfort, the quietness, and the turning circle.” Post-grant prices start from £26,160 for the 100 kW version, while the 113 kW version costs £28,660. Alternatively, Honda e finance starts from £299 per month. 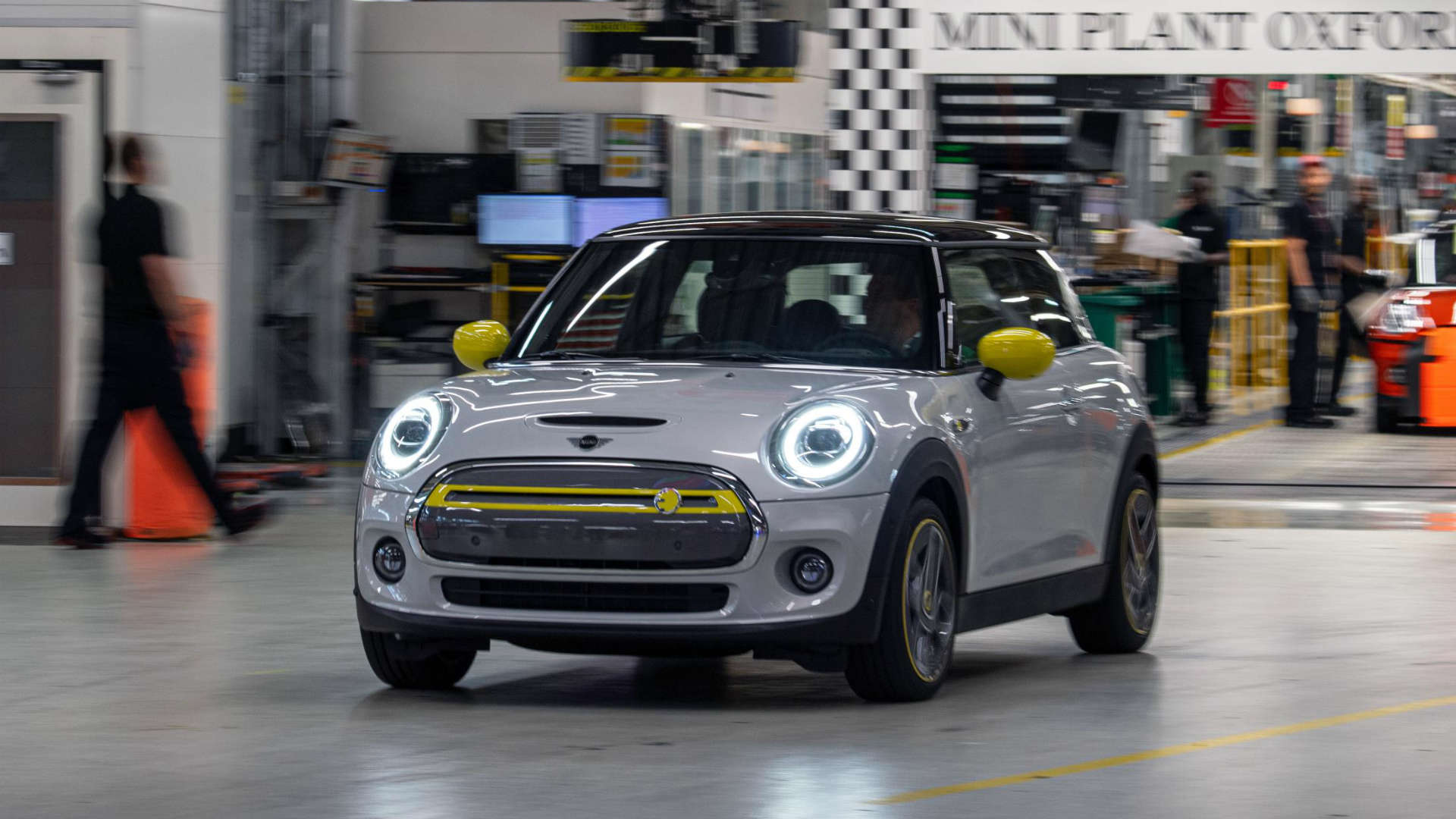 The new Mini Electric is open for ordering with deliveries expected in March 2020. With an on-the-road price of £24,400 (after the grant) the Mini is cheaper than the Honda e, but the driving range is a similarly limited 124 miles. The compact 32.5 kWh battery has been used to keep the weight down, with Mini keen to preserve the famous ‘go-kart’ handling characteristics. 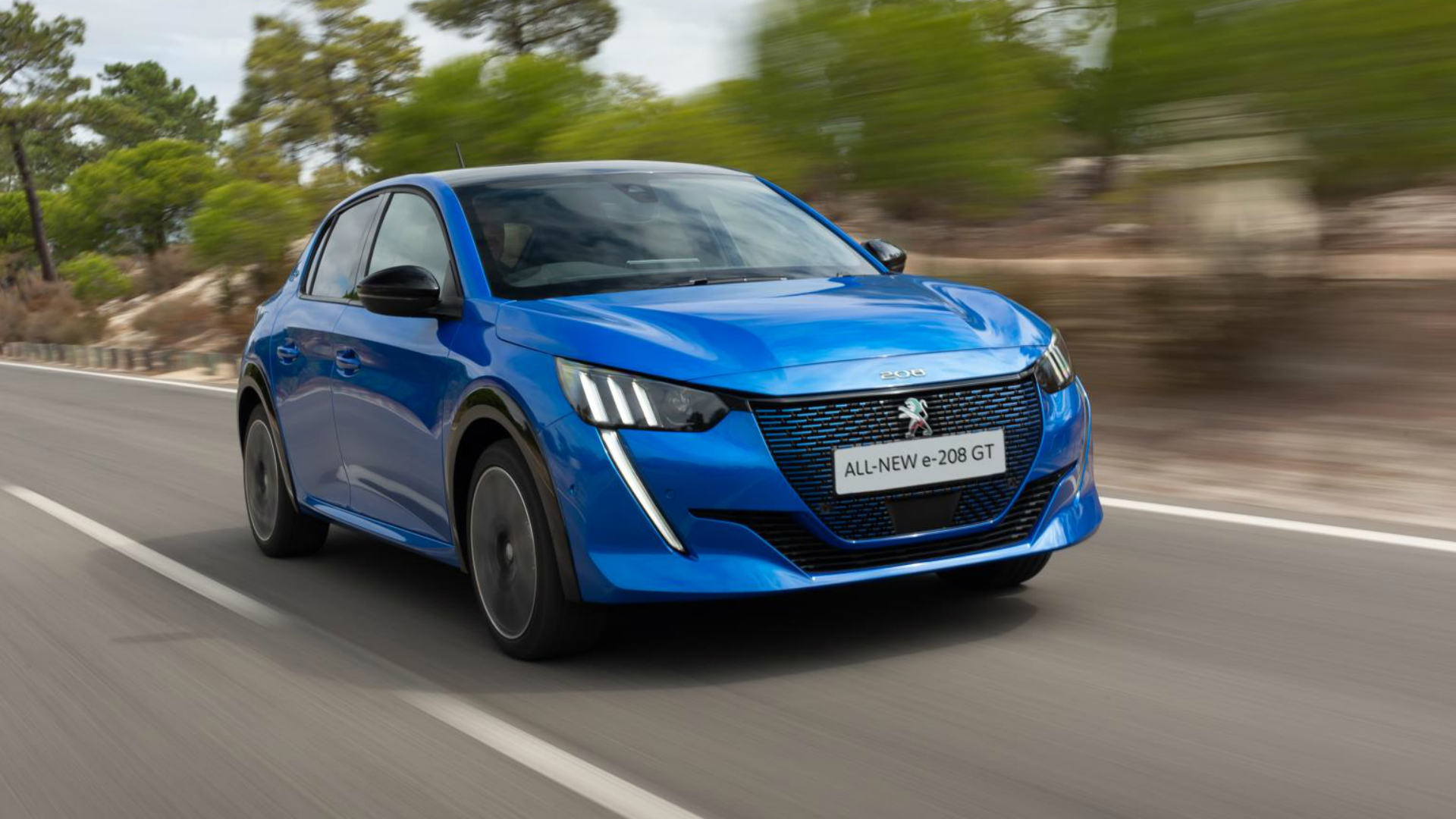 The Peugeot e-208 is more expensive than the Honda e and Mini Electric, but its 217-mile range is more impressive. It costs upwards of £25,050 after the plug-in car grant, although the top-spec e-208 GT is priced at £29,250. Unlike the Renault Zoe, which is built from the ground up as an electric car, the e-208 shares much in common with the more conventional Peugeot 208. 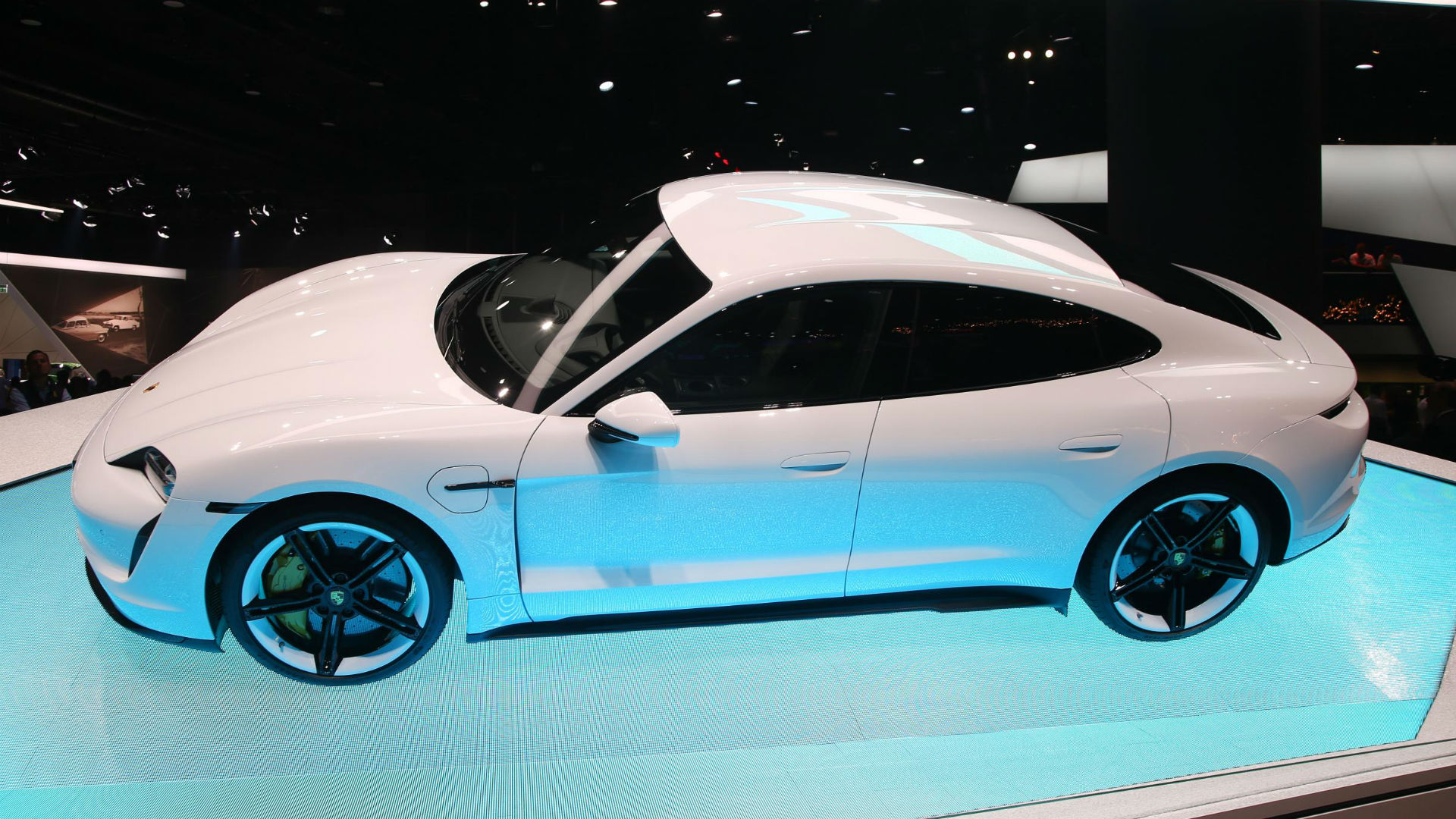 Hot on the heels of the Porsche Taycan, the new Cross Turismo variant will arrive in 2020. Not much is known about the Cross Turismo, other than the fact that it’s an estate version of the Taycan electric sports car and it will arrive as a 2021 model year EV. The current Taycan range (pictured) kicks off with the £83,000 Taycan 4S, while the flagship Turbo S costs £139,000. 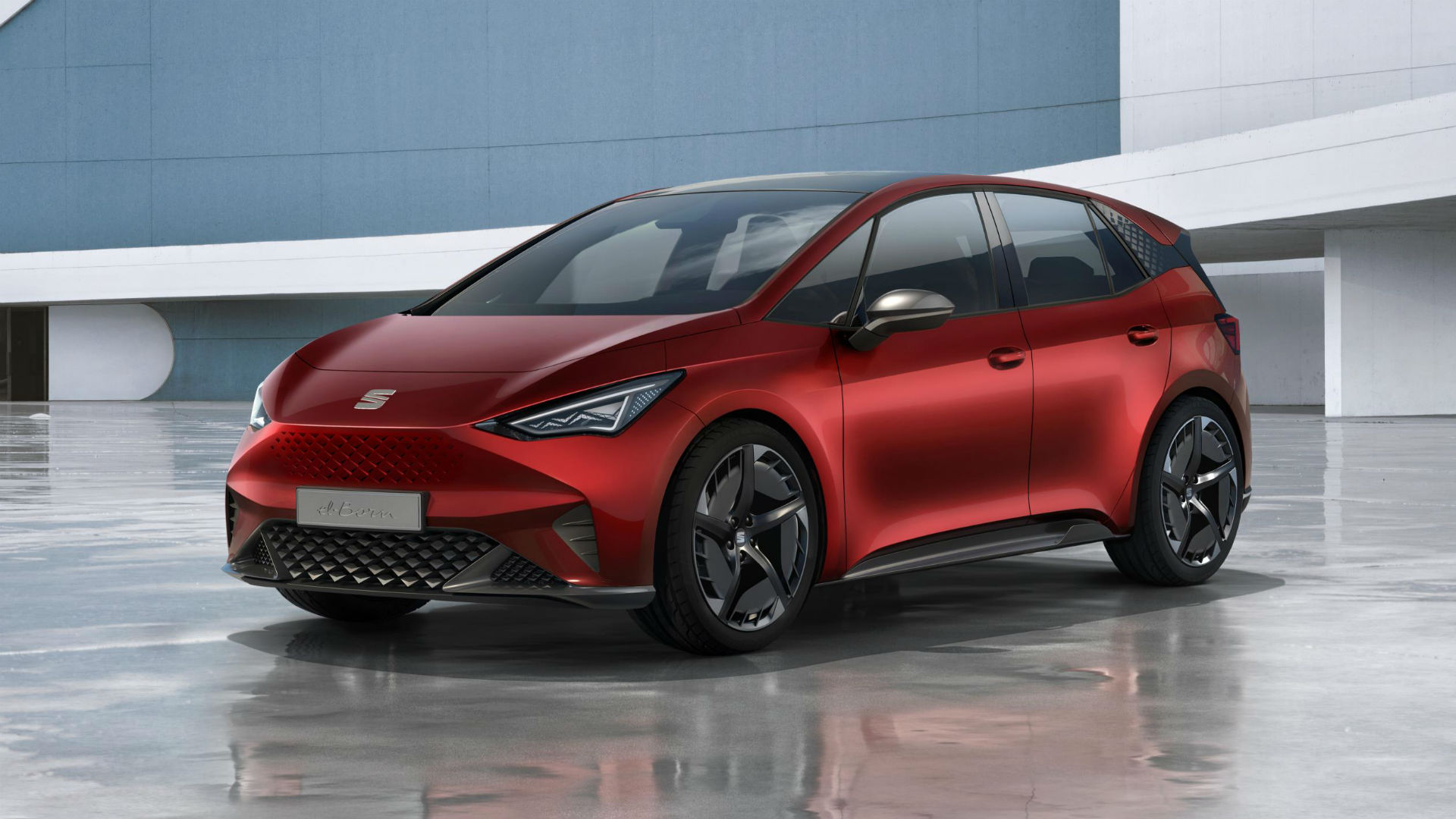 The el-Born will follow the Mii Electric as Seat’s second all-electric production car. It made its debut as a concept at the 2019 Geneva Motor Show, but Volkswagen will be keen to give the platform-sharing ID.3 some breathing space before launching the Seat. It will offer an all-electric range of up to 261 miles, with a price tag in the region of £26,000. As it’s a Seat, you can expect some sporty touches, including sports seats and a driver-focused dashboard. 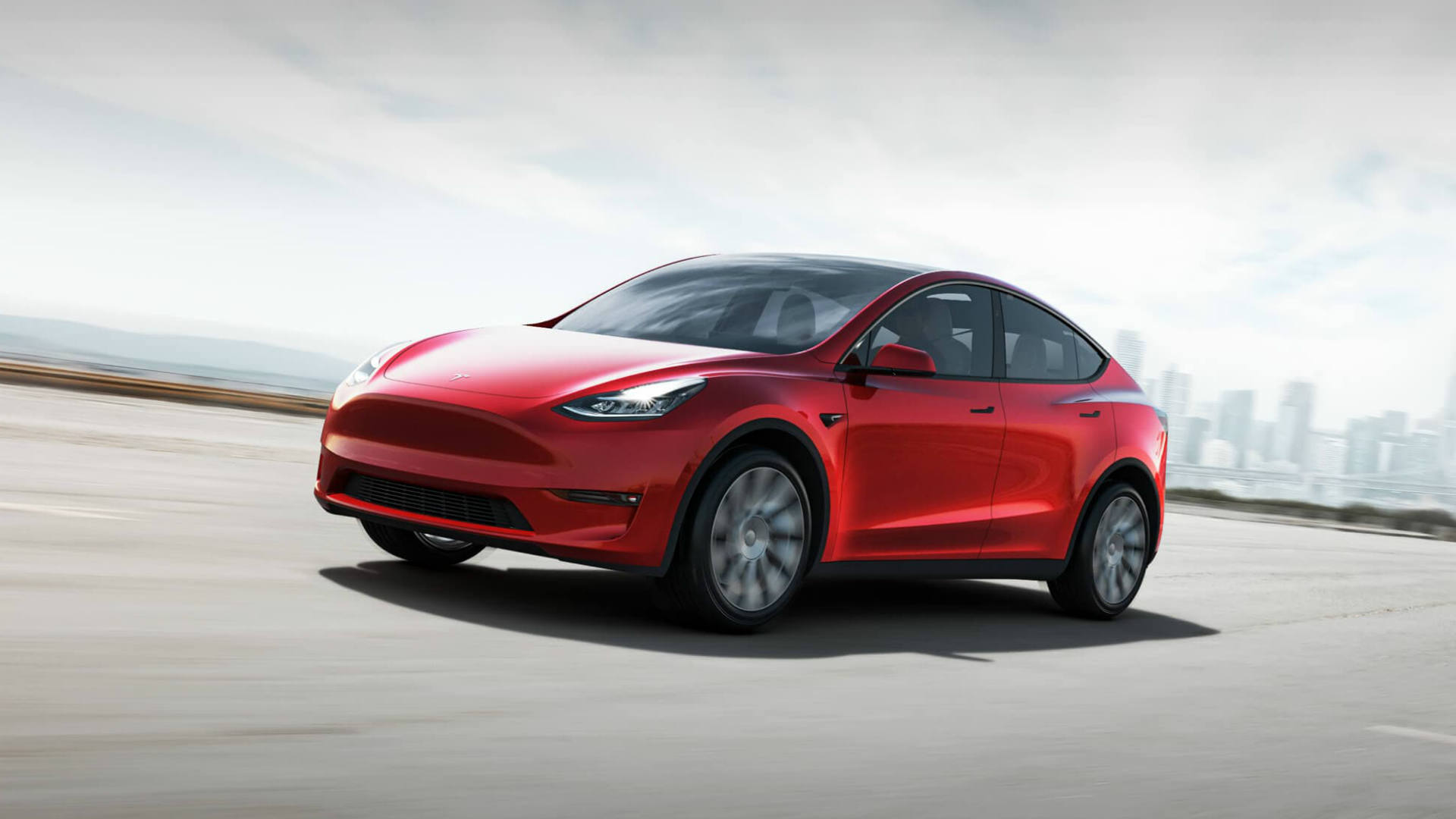 Officially, the Tesla Model Y isn’t expected to appear in the UK until 2021 or 2022, but North American customers are likely to get their hands on the seven-seat SUV as early as next year. Tesla is promising up to 336 miles of electric range from the Long Range AWD model, while the Performance edition will offer 298 miles and a 0-60 mph time of 3.5 seconds. If the Model 3 is anything to go by, anticipation will be high. 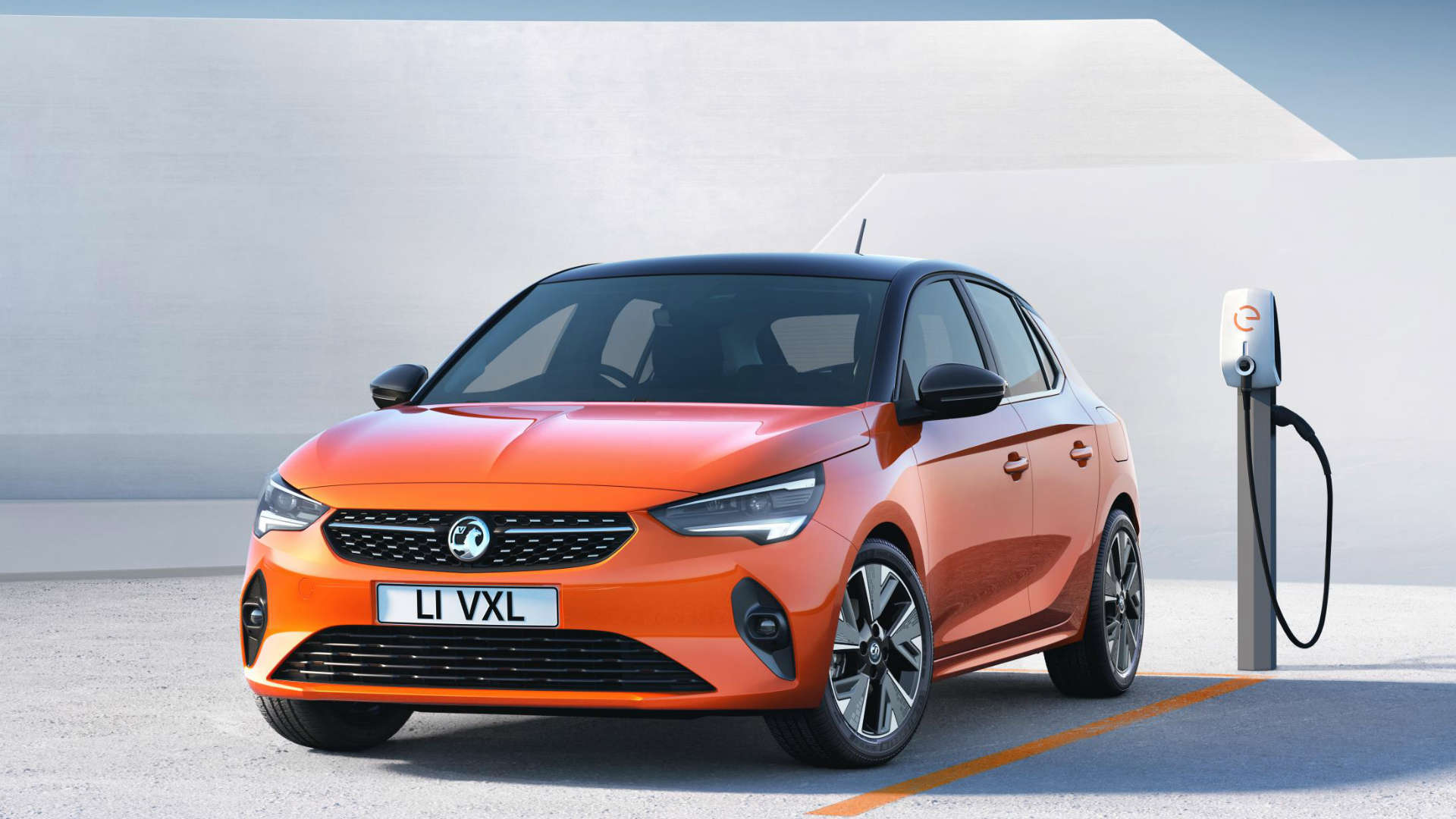 The Vauxhall Corsa-e is available for a competitive £295 on a four-year personal lease contract after a £5,310 initial rental. Alternatively, you can get a guaranteed £2,000 part-exchange allowance on your old car. The 50kWh battery in the Corsa-e offers 205 miles of electric range, although this can be extended by a further 40 percent by using a special eco mode. 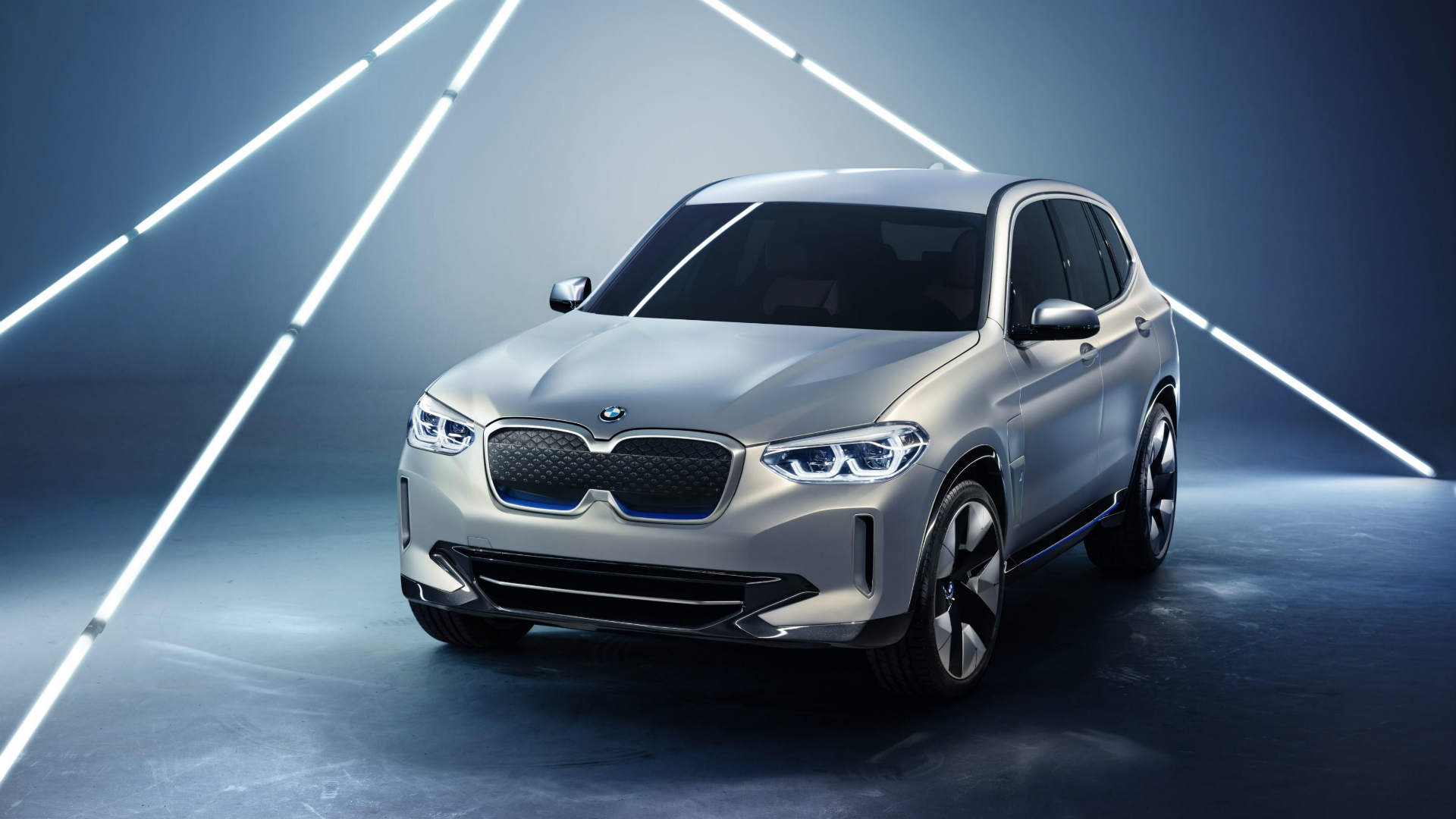 The BMW Concept iX3 was unveiled at last year’s Beijing Motor Show. BMW is promising a range of more than 249 miles from a 70 kWh battery, along with a newly-developed Charging Control Unit for accessing the latest fast charging points. Unlike the i3 and i8, the iX3 is based on existing architecture and is being developed alongside the i4 four-door coupe. 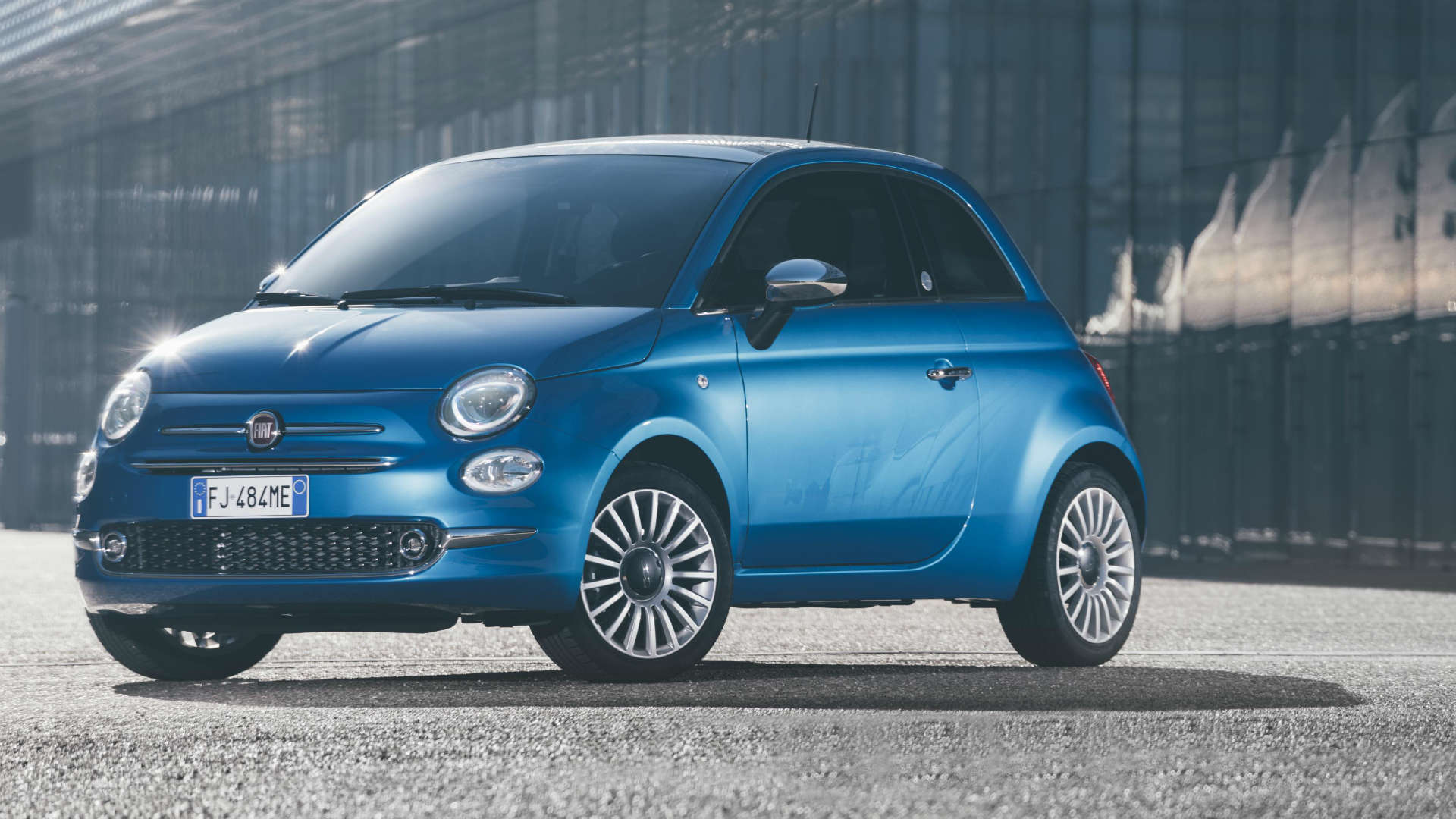 Fiat is investing heavily in the development of the new 500e electric car, including a new production line in Italy. Production is set to begin in the second quarter of next year, after its debut at the Geneva Motor Show, with the plant capable of building up to 80,000 all-electric 500s a year. Given the popularity of the conventional 500 (pictured), this could be one of the most important EVs of 2020. 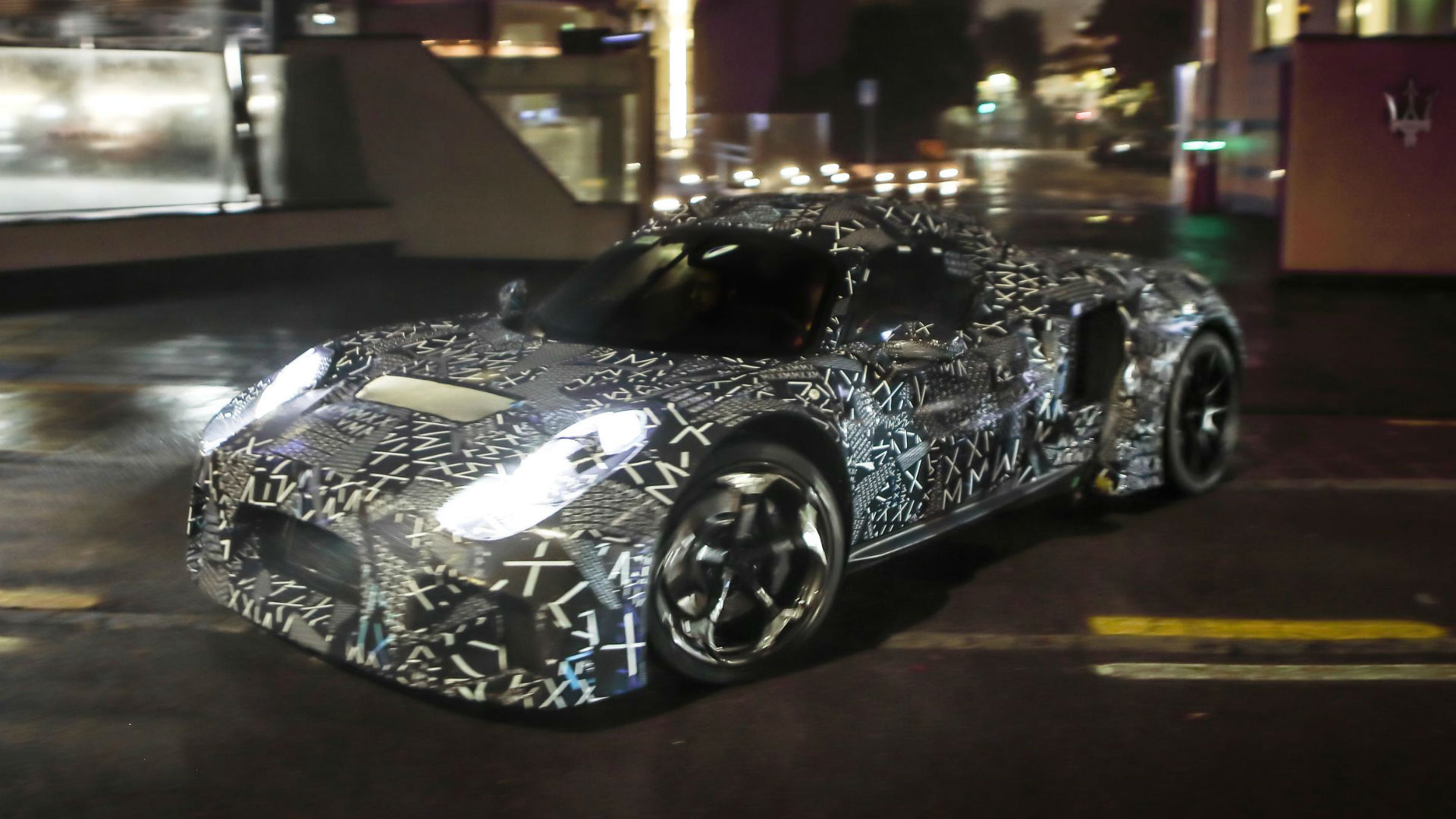 Maserati has revealed images of a mid-engined prototype testing on roads near its factory in Italy. Little is known about the car, aside from the fact that the “engine is 100 percent Maserati” and its likely to be unveiled in May 2020. What’s it doing in this gallery? Well, there are rumours that an electric version will appear in the future, although the launch car is more likely to be electrified rather than fully electric. 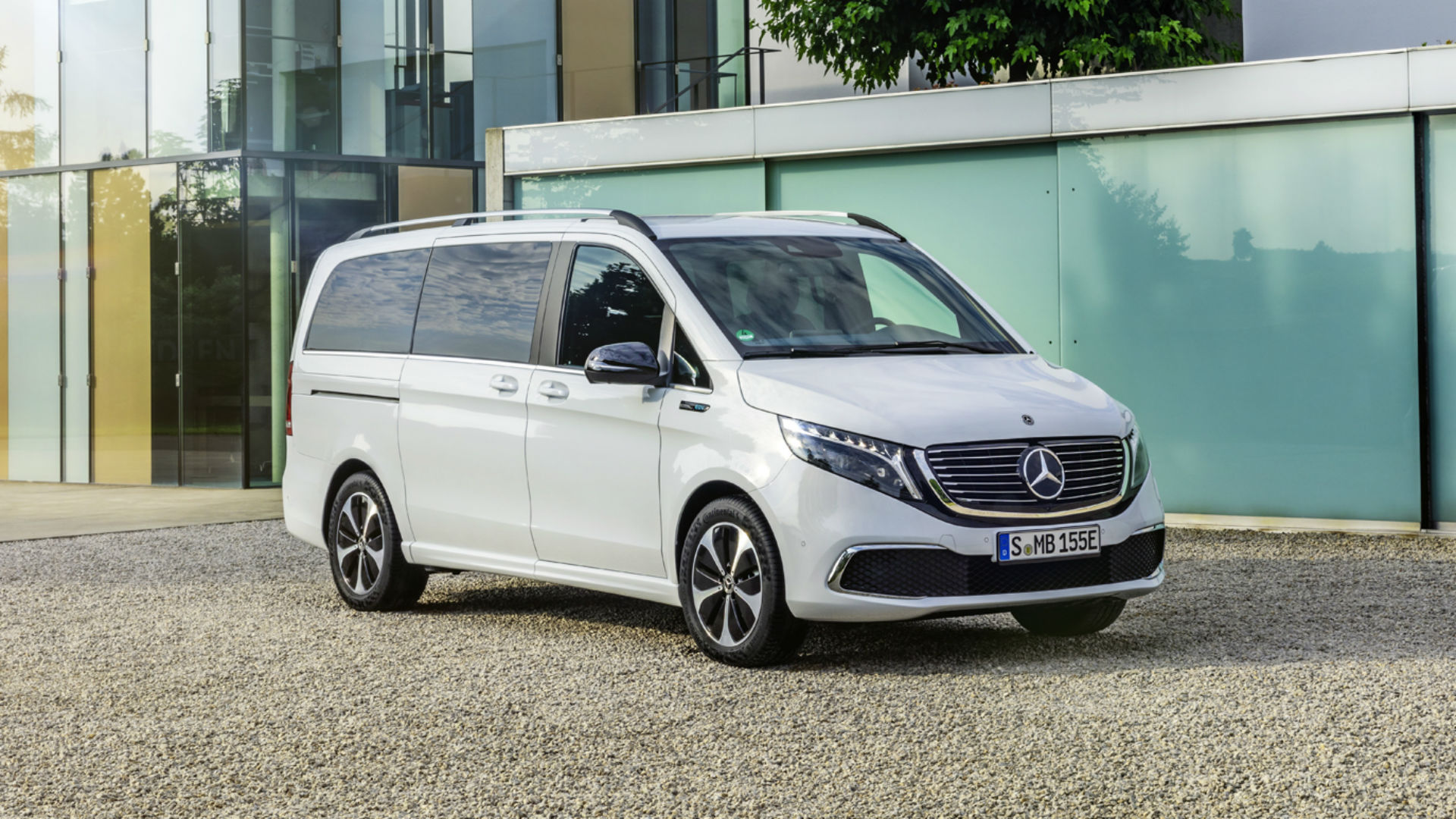 The Mercedes-Benz EQV electric people carrier made its debut at this year’s Frankfurt Motor Show. The company claims the EQV will offer a range of up to 251 miles, which is impressive for an eight-seat electric MPV. It also features a 1,030-litre load area. Still want seven-seat Tesla Model X? 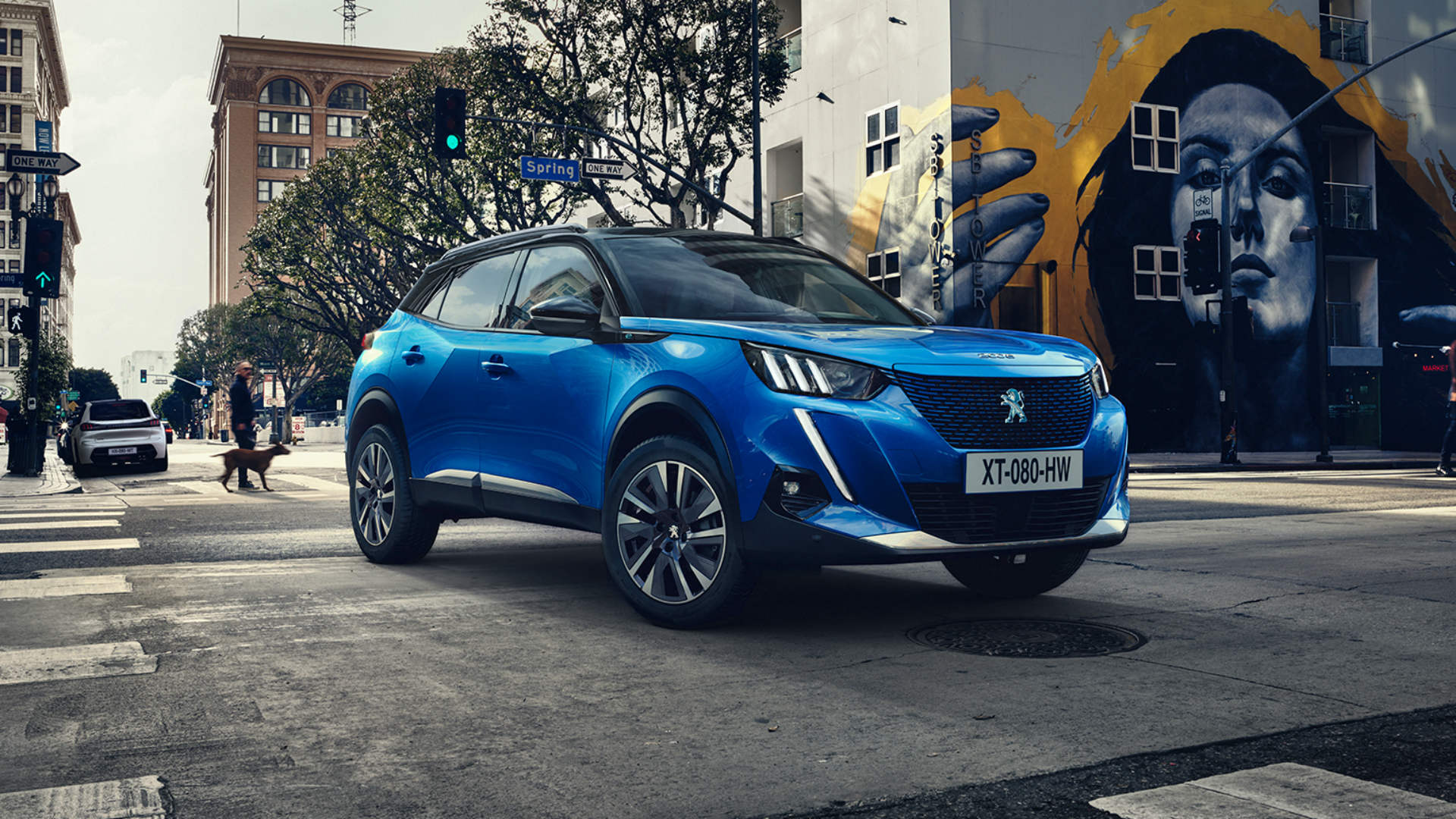 If the e-208 is too small, Peugeot has a ready-made alternative in the e-2008 SUV. It offers a range of up to 193 miles, while refilling to 80 percent takes 30 minutes when using a 100 kW fast-charger. Standard equipment is high, and prices start from around £28,500 after the plug-in car grant. 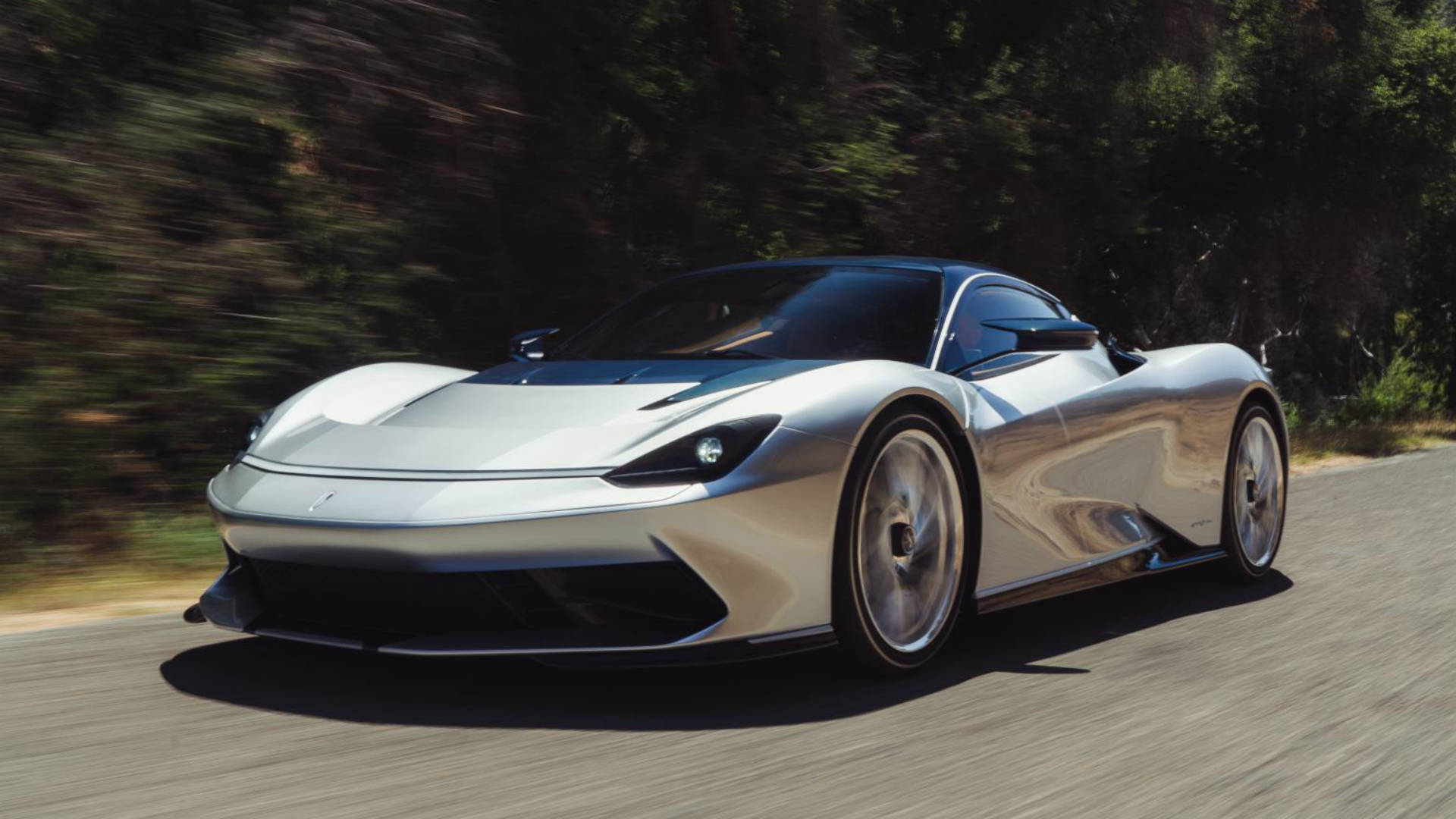 Deliveries of the Pininfarina Battista will begin in 2020. Only 150 will be built in Italy, carrying a rumoured £2 million price tag. Producing 1,900 hp – and faster than a Formula One car from zero to 60 mph – it will travel almost 280 miles on a single charge. The Mahindra-owned company will launch three EVs over the next three years, two of which will be SUVs. 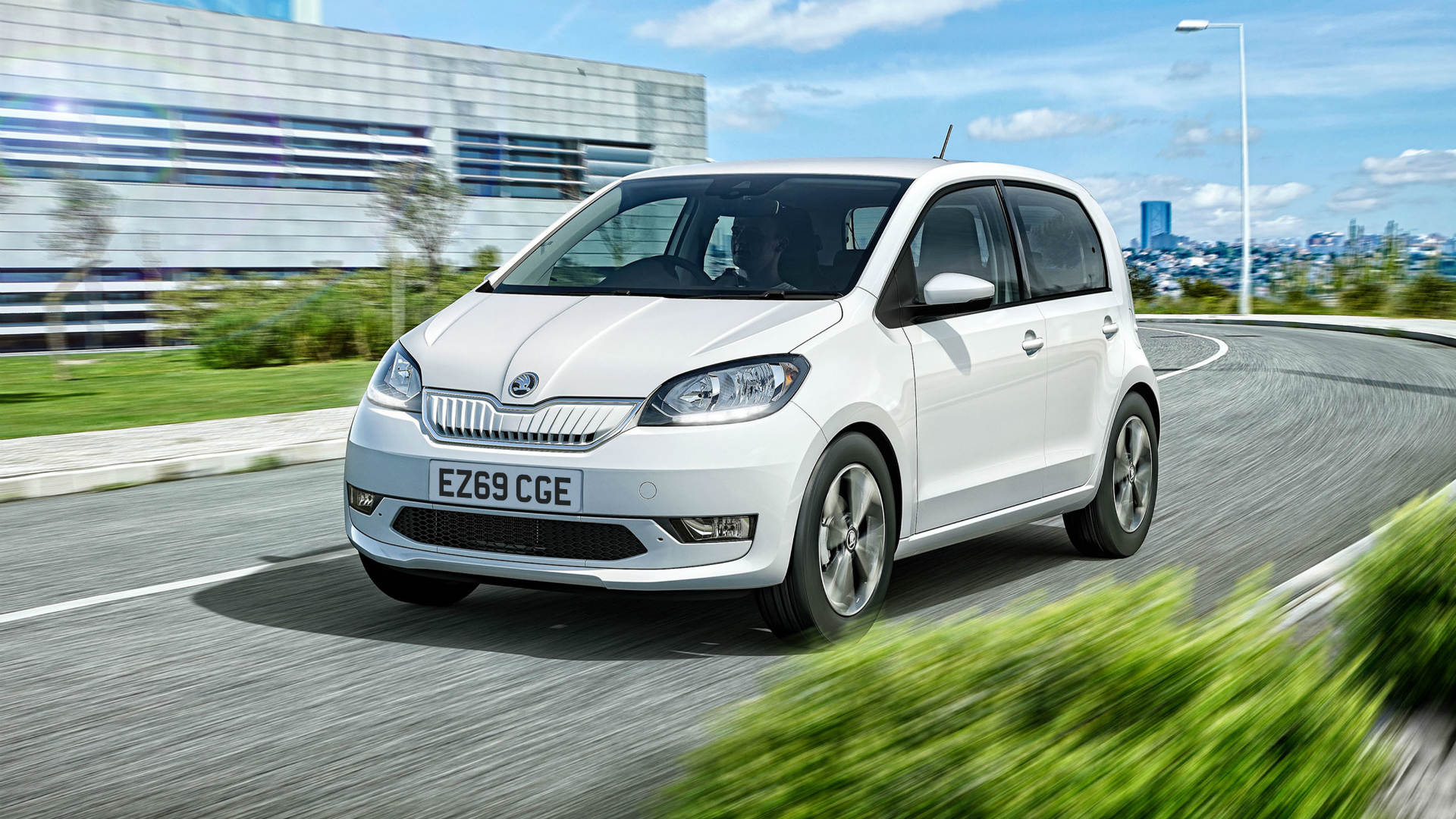 The new Skoda Citigo e iV went on sale on 10 December and will cost from £16,995. This is after the plug-in car grant and is based on the entry-level SE. The all-electric Citigo offers a driving range of between 140 and 170 miles, while the top-spec SE L can be charged using a CCS cable connected to a 40kW DC fast charger. First deliveries are expected early next year. 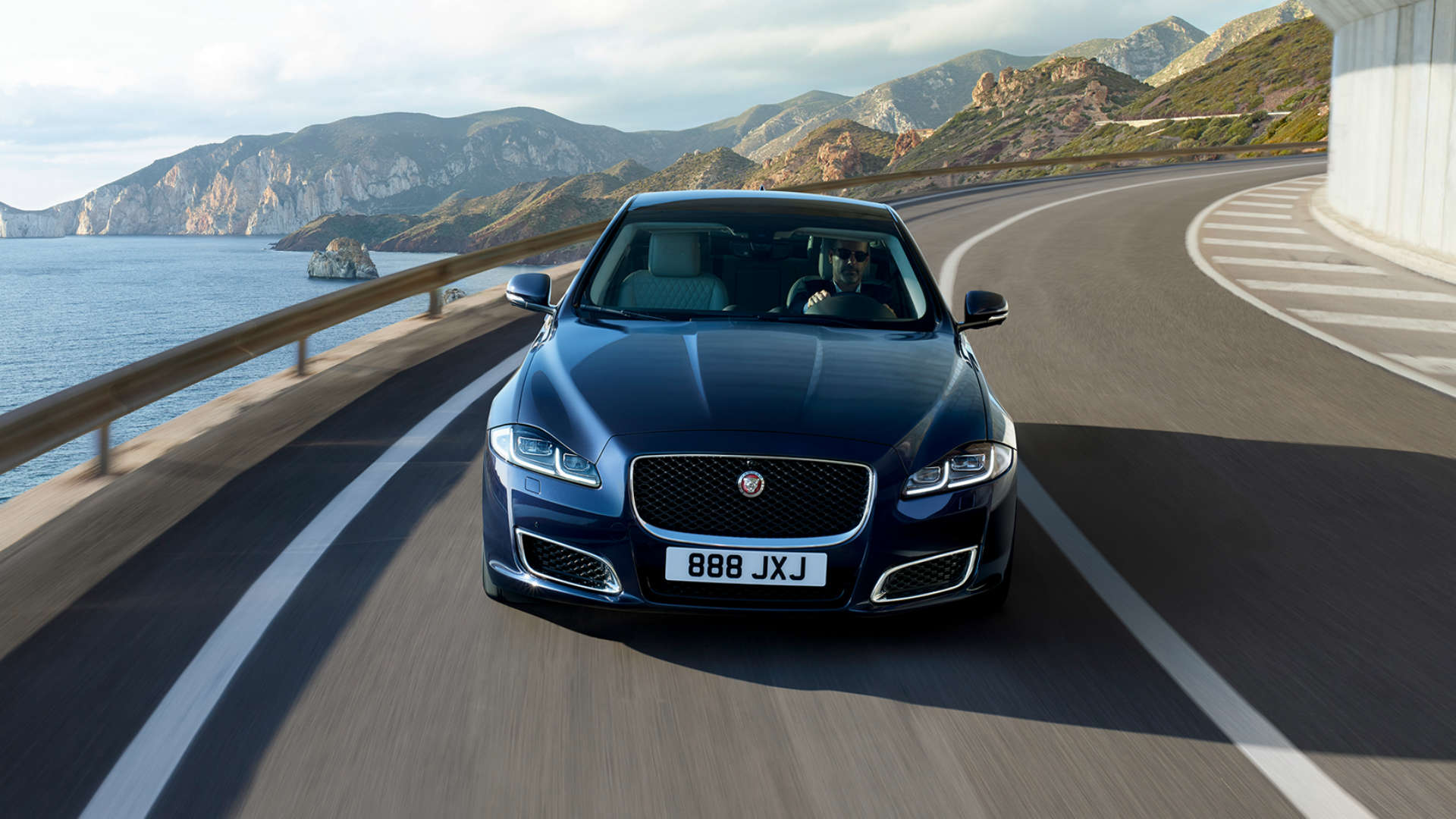 The all-electric Jaguar XJ represents a new era for the flagship saloon. Production of the current XJ (pictured) has come to an end, but Jaguar has announced plans to build a range of electrified cars at its Castle Bromwich plant in Birmingham. The electric XJ is expected to arrive in 2020, with Jaguar using its experience in creating the I-Pace SUV.