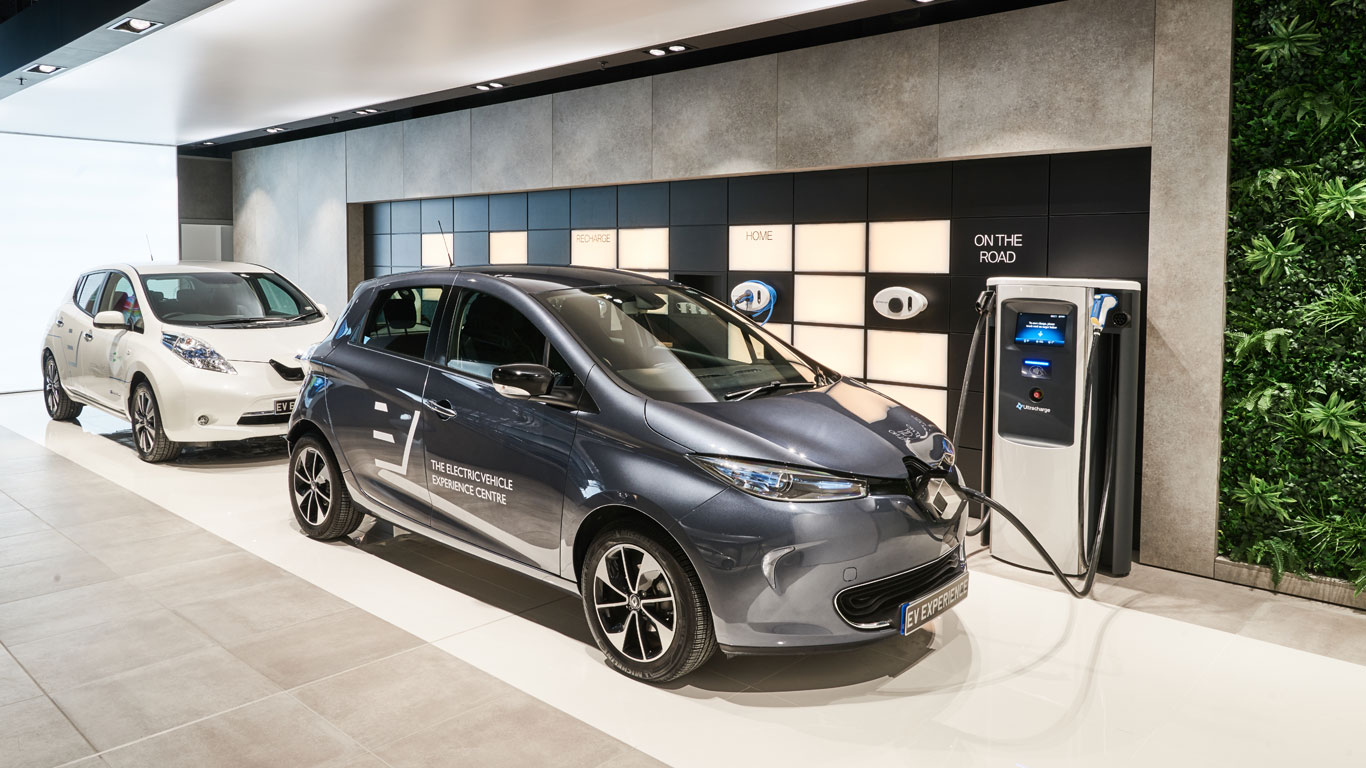 Yet to be convinced that electric cars are the future? EV stalwarts are hoping this unique ‘experience centre’ located in a shopping centre in Milton Keynes could be the encouragement you need to swap your diesel for a plug-in – and we’ve been for a behind-the-scenes look at the showroom which is being described as a “landmark moment”.

The EV experience centre is operated by Chargemaster using Government funds through Milton Keynes’ Go Ultra Low City status. It’s not a pop-up dealership – there’ll be no hard sell, just experts on hand to talk people through electric cars and advise about whether they’ll fit into their lifestyle.

“[There’s] a series of myths people have about electric cars,” transport minister Jesse Norman told Motoring Research during our preview of the EV experience centre.

“They think about whether they might be expensive or whether they’re hard to charge, and how long that takes. An experience centre that actually gives a person the experience of actually sitting behind the wheel or potentially driving it, that just knocks down a whole series of these myths and that makes it much easier to think about buying one.”

The showroom, located in Centre:MK, is multi-brand, displaying cars from partners including Renault, Mitsubishi, Volkswagen, Nissan, BMW and Kia. The experts on hand won’t be on commission and will be able to give independent advice on which – if any – electric car suits a particular person’s needs.

If an electric car won’t fit a person’s lifestyle, they’ll be honest that they’re better suited to a conventional petrol or diesel car – while, although Tesla isn’t a partner, a visitor with a big budget after a long range and high performance will be pointed in the direction of a Tesla dealership.

“With 17 million people a year coming into this particular shopping centre in Milton Keynes, that’s potentially an awful lot of people who are potentially going to be impressed by it,” added Norman.

A range of cars will be parked at nearby charge points, ready to be test driven by anyone considering an electric car. The centre will be happy to let visitors trial a variety of electric cars back to back – something which single-brand dealerships aren’t able to offer. If the customer is seriously interested, they’ll be offered a seven-day test drive for a fee – and if they remain keen after an extended test drive, their details will be passed onto the relevant dealer. If they buy a car, their test drive fee will be refunded.

The centre isn’t just a place for potential EV drivers to visit, either. Like Apple customers will visit an Apple Store for advice and help troubleshooting, experts will be on hand to give current electric car owners on guidance on how to use features of their car as well as how to access charge points around the country.

The AA Trust, a partner of the centre, will also be offering lessons with AA instructors. These will show motorists how to adapt their driving for electric cars, using features such as regenerative braking to reduce wear and get the most range from a charge.

One million electric cars on UK roads by 2022

Speaking ahead of the opening of the centre, Chargemaster chief executive David Martell announced predictions that the number of electric cars on UK roads could hit one million within five years. Allowing for a modest increase in adoption, this projection is based on a growth in electric vehicles of just over 7% of new car registrations.

Around 21,500 plug-in cars (including pure electrics and plug-in hybrids) have been registered so far in 2017 – a change of 14.8% compared to the same time last year.

“We have seen tremendous growth in the uptake of electric cars over the past five years, as they’ve become more competitive in terms of costs, and more practical in terms of range,” said Martell. “The number of EVs on UK roads has increased from fewer than 2,000 in July 2012 to more than 100,000 today. We expect the UK electric vehicle parc to rise to more than one million by the middle 2022, but it could grow to as much as 1.4 million.

“Over the next five years, a significant number of new models will have a range of more than 200 miles, with a lower purchase price than their earlier vehicles. Consumers will also be able to choose from larger range of electric vehicles, from manufacturers including Audi, BMW, Ford, Mercedes-Benz, Volkswagen and Volvo, as well as significant new models such as the Jaguar I-PACE and Tesla Model 3.”

In May, Chargemaster celebrated the 100,000th plug-in car being registered by driving a fleet of 25 electric vehicles from Greenwich to Milton Keynes.